A Dozen Delights in Dorset, England

I love the variety on offer in Dorset from the challenge of the South West Coastal path to the cosy comfort of traditional cafés offering delicious cream teas in its pretty towns and villages.

It is now four years since I started exploring Dorset. My first trip embraced Poole and its neighbour Bournemouth and I was very impressed at the diversity of attractions in both towns. In particular I enjoyed exploring Brownsea Island a natural habitat for a variety or wildlife. An excellent public transport network whisked me around the county and had days out in Blandford Forum, Christchurch, Wimborne, Wareham and Weymouth. My first visit to Swanage was followed by two more having discovered the Swanage railway that took me to Corfe Castle Village. Tempted to explore further afield I spent two days in Sherborne enthralled by its fascinating history. Who would have thought I was following in the footsteps of Sir Walter Raleigh who was as entranced with Dorset as I have been? Let me take you on a journey through this bewitching county. 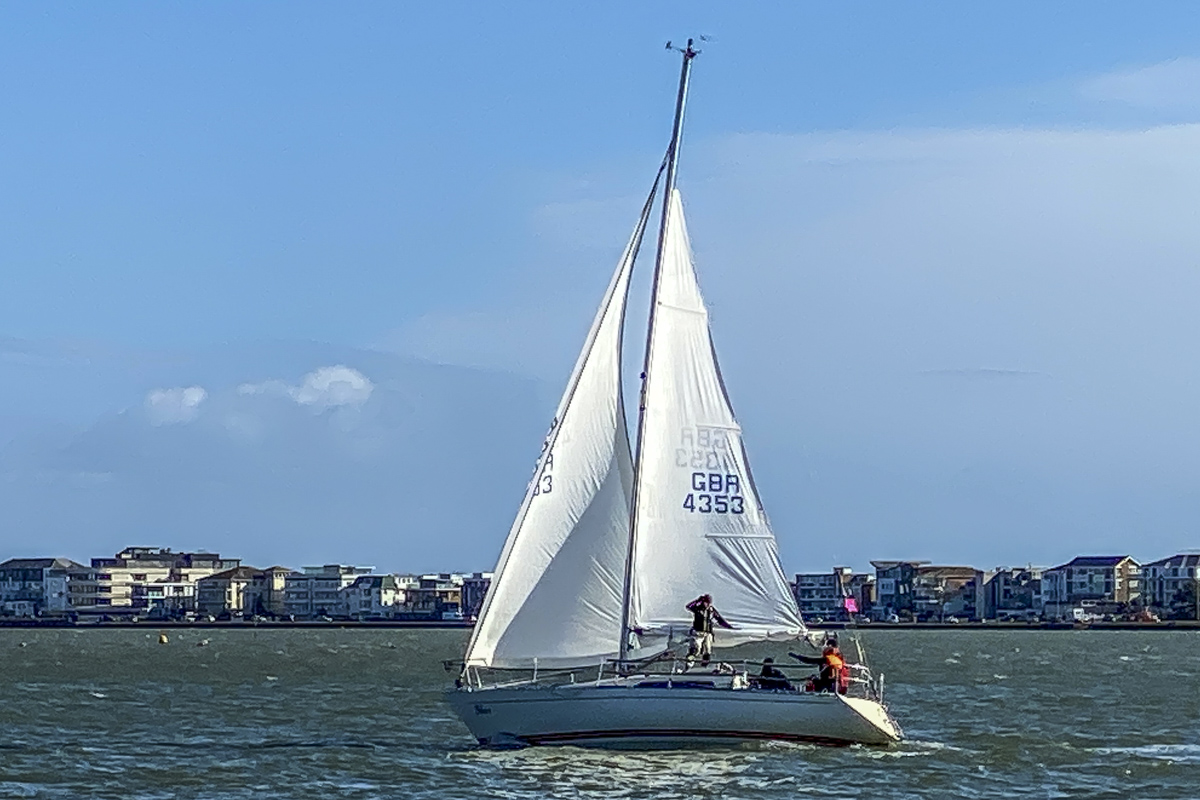 As a result of its Great Fire 1731, Blandford Forum a pretty market town, has become the best example of a small Georgian town in England. The story of this fire is narrated in the quaint Blandford Town Museum. Its spacious market place is the venue for regular open-air markets. Indoor markets, including a weekly craft market are held in Town Hall and Cornmarket. Lime Tree House, a gorgeous Georgian house is home to the Fashion Museum. Some Water Meadows on the edge of town are a very pleasant place to wander and serious walkers can join the North Dorset Trailway here. 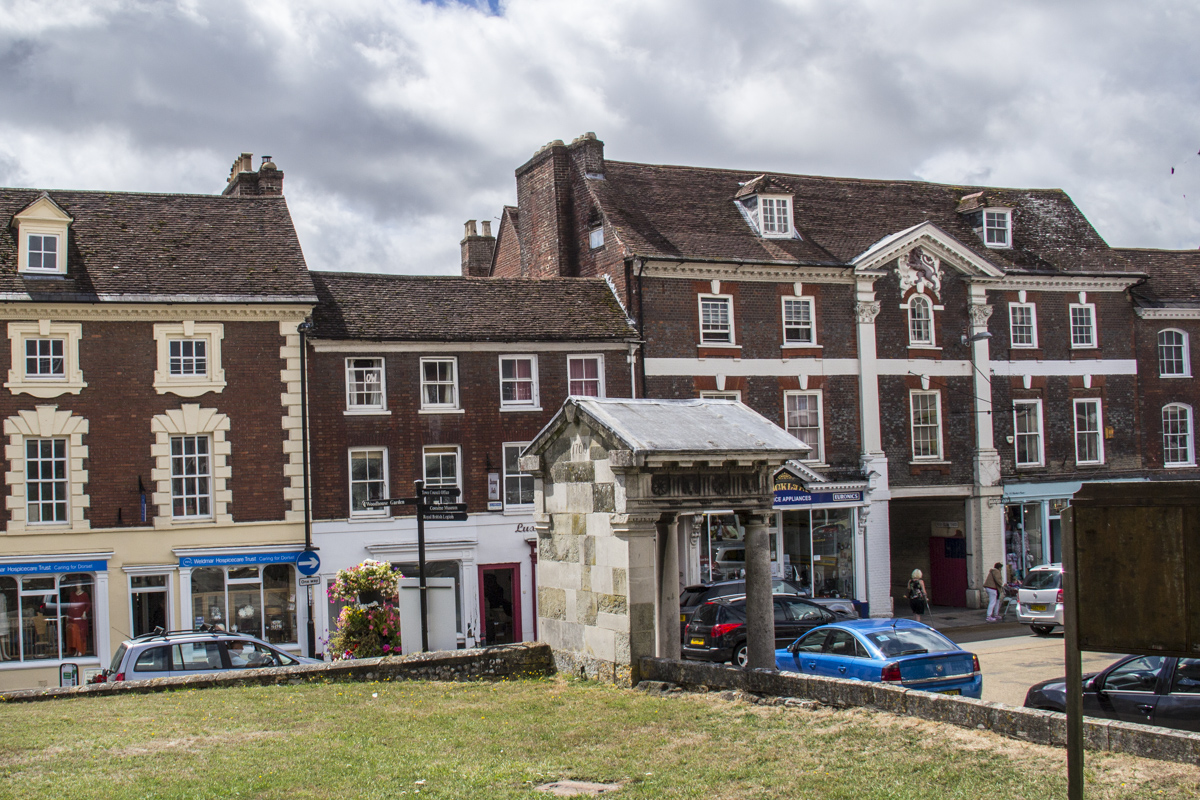 Bournemouth was full of surprises for me. It’s stunning gardens stretch for more than a mile inland. Created during the Victorian era on the banks of the River Bourne these Grade 2 listed gardens comprise three sections. The busy Lower Gardens are close to the sea front. Beyond these pleasure gardens are Central Gardens that lead into the Upper Gardens. A glorious, golden sandy beach that stretches for miles is a main attraction here but also to be recommended is the Russell-Coates Museum. This series of art galleries and permanent exhibiions was created from the private collection of Merton Russell-Coates and his wife. After travelling the world extensively they bought a mansion for the purpose of displaying their extensive collection of art and artefacts. For the adventurous there is always the thrill of the zip wire from the end of the pier down to the beach. 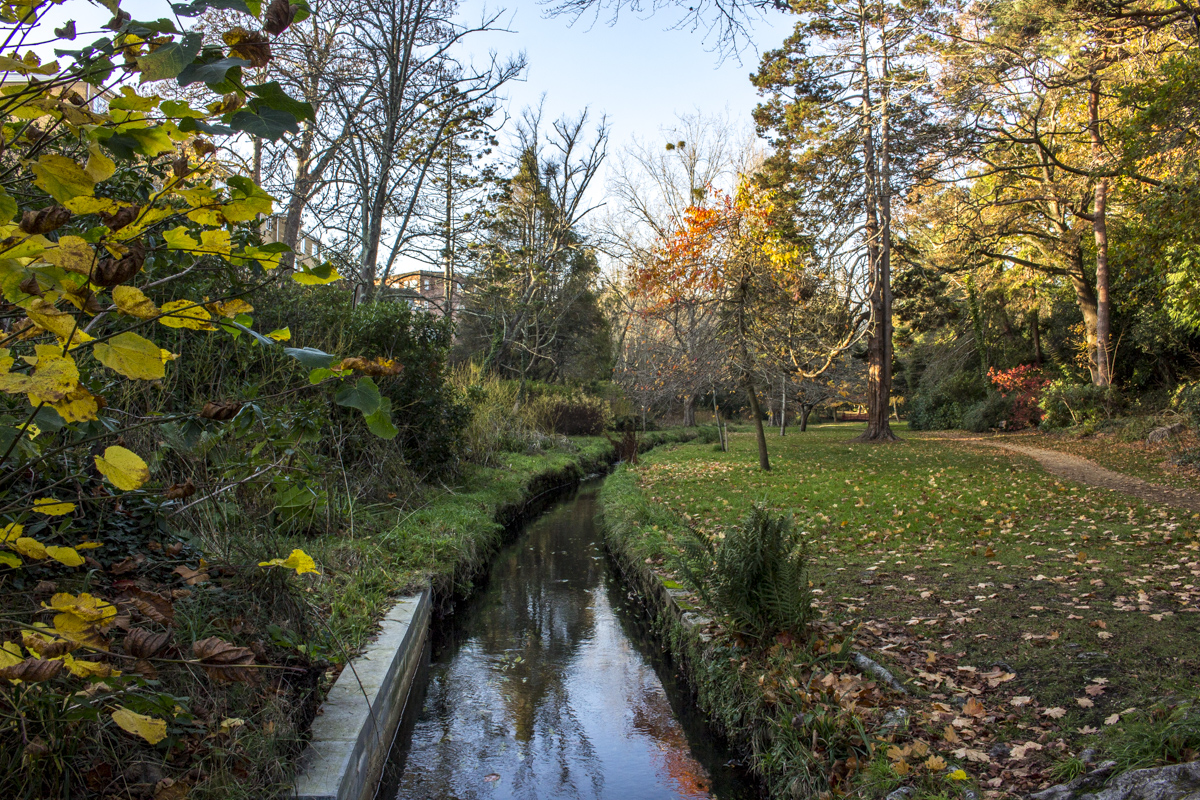 After many years as a private estate Brownsea Island was taken over by the National Trust and restored as a natural habitat for wildlife. Its favourite residents are the red squirrels but there are also Sika deer and peacocks wandering in the woodland and across the open spaces. The island, accessed by ferries from either Poole quay or Sandbanks offers a great day out for visitors of all ages. There are several different trails to follow, a free guided walk every day and paths that lead down to its beaches. It was here that Lord Baden Powell held the founding camp of his Scout Movement in 1908. A walled lagoon managed by the Dorset Wildlife Trust is a haven for bird watchers. An informative visitor centre relates the history of the island and there is also a café and a shop by the quay. 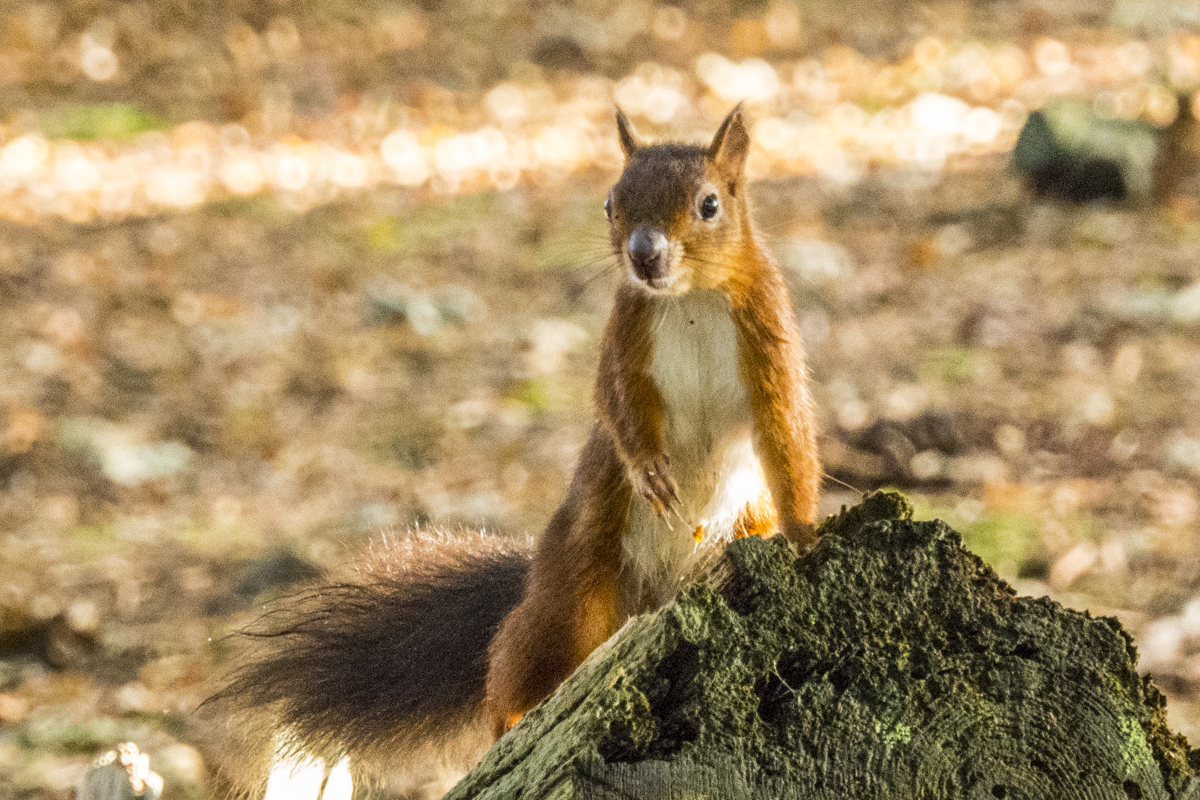 Christchurch has a fascinating history. It was once the site of a Ducking Stool. The original has been replaced by a replica. As the name suggests it also once had a castle, Christchurch Castle which today lies in ruins. Fortunately, the huge Priory Church, founded by Edward the Confessor in 1043 is still a centrepiece of the town Priory. A lovely walk beside the Mill Stream and through the Priory gardens leads to the Town Quay and the Place Mill so old it was mentioned in the Domesday Survey. Picnicking is a popular pastime on the Quomps, a large grassy area that stretches along the banks of the River Stour. 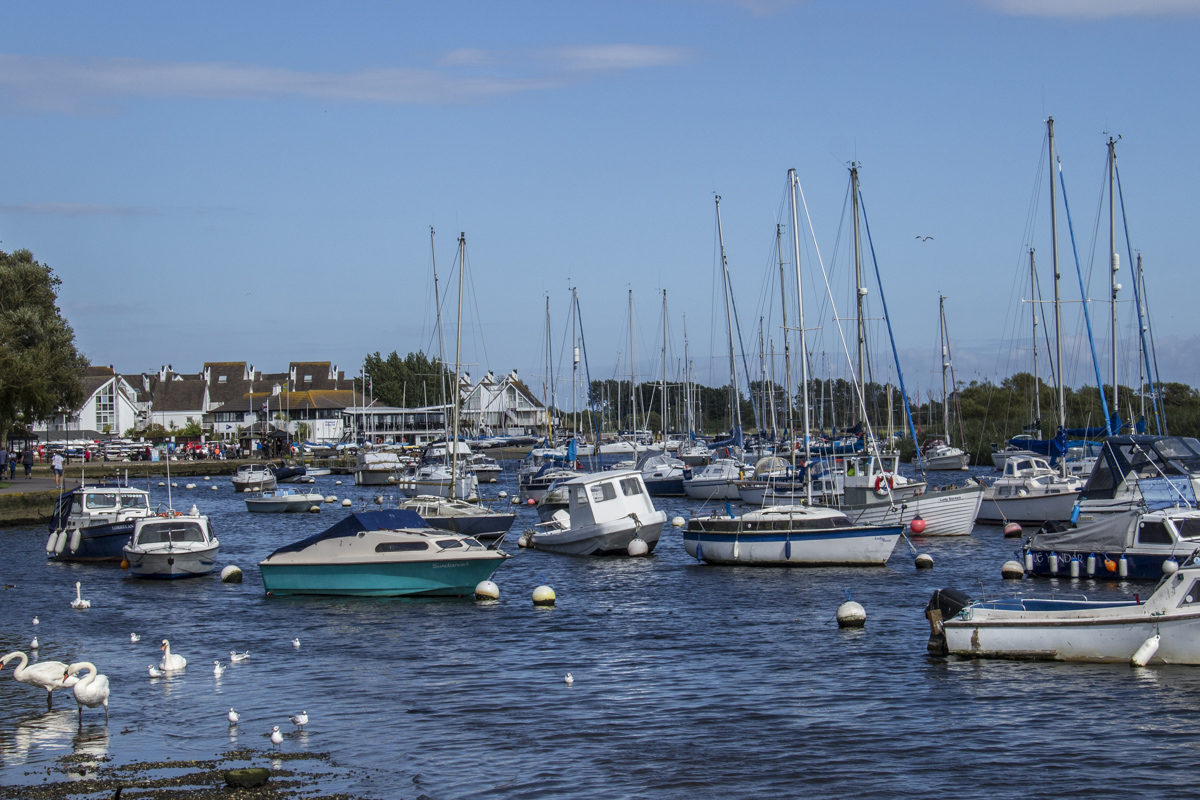 As the name suggested Corfe Castle Village is the settlement that grew up around Corfe Castle. Only the ruins of this once majestic castle remain but it is evident that the plundered stones were used to build many of the local grey Purbeck limestone cottages that line its streets. The original castle was built by King Alfred at Corffe’s Gate to defend the coastline around Swanage following some skirmishes with the Danes. It was eventually destroyed during the English Civil War. Today the ruins of the castle are open to the public and it is one of the National Trust’s most popular attractions. The village has a station steam train line operated by the Swanage Railway Company allowing visitors here to arrive in style. 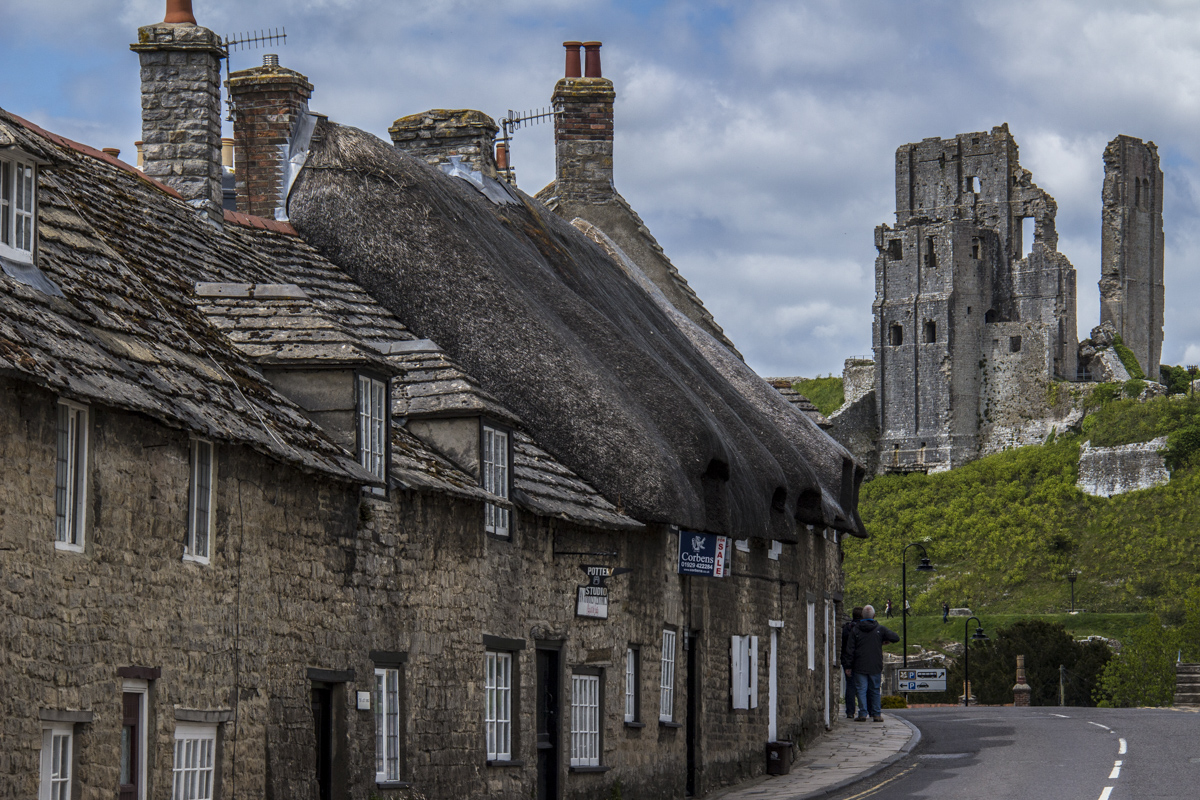 Kimmeridge Bay is a renowned beauty spot in Dorset. A lovely place to watch the sun rising and setting over the sea with the romantic Clavell Tower in the foreground. It part of the Jurassic Coast World Heritage Site and has also been designated a marine Special Area of Conservation. Rock pooling and snorkelling are popular activities here at the Wild Seas Centre. The Museum of Jurassic Marine Life features the Etches Collection, an incredible collection of fossils put together by one man. 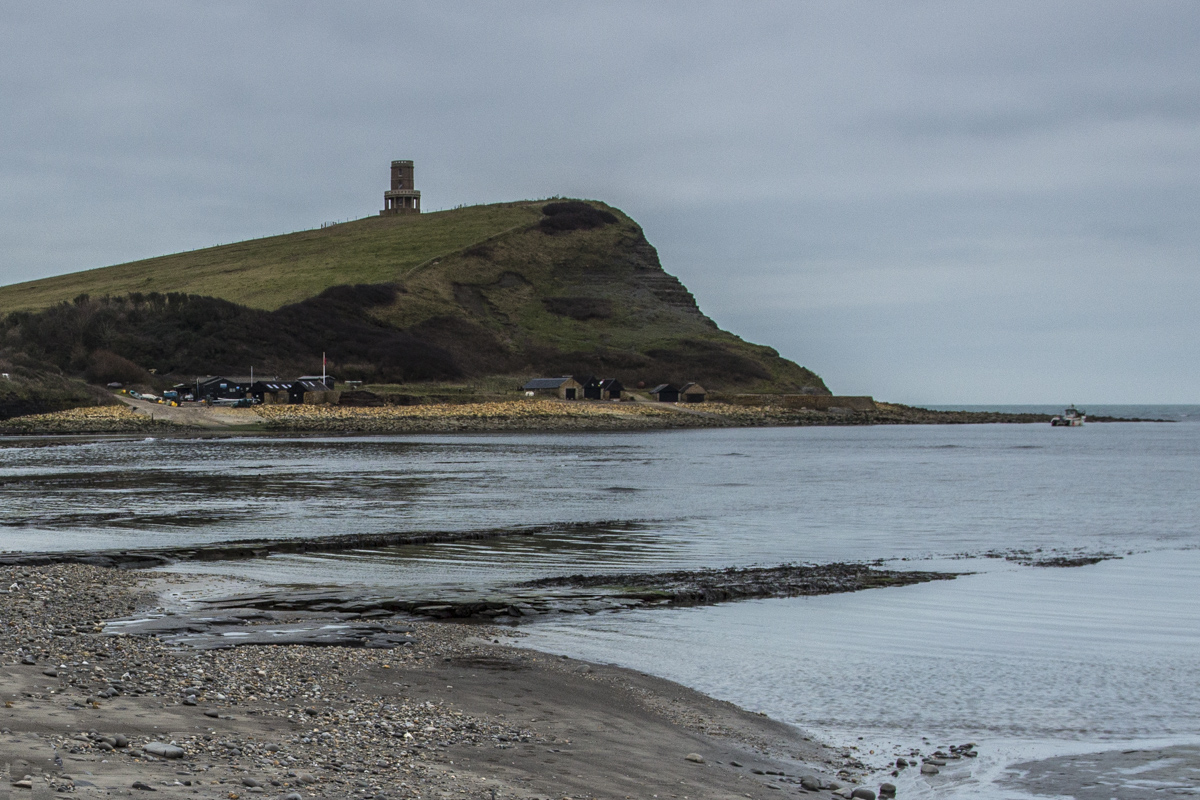 Rich in history, pirate histry that is, the town of Poole stands on Poole Harbour the largest natural harbour in Europe. The Custom House on the sea front is the starting point for a guided tour of Poole. Those taking part will hear about the daring adventures of the Hawkhurst Gang that terrorised the south coast during the eighteenth century. Nearby are the Local History Centre and the Poole Museum. The long, narrow High Street starts at the far end of the town’s quay. It leads to the modern Dolphin Shopping centre. Some of the shops still sell the famous Poole Pottery but sadly this is no longer made here. A short distance away from the town quay is the very popular Poole Park. A favourite occupation here is feeding the large flocks of ducks, geese and swans that have made their home here. 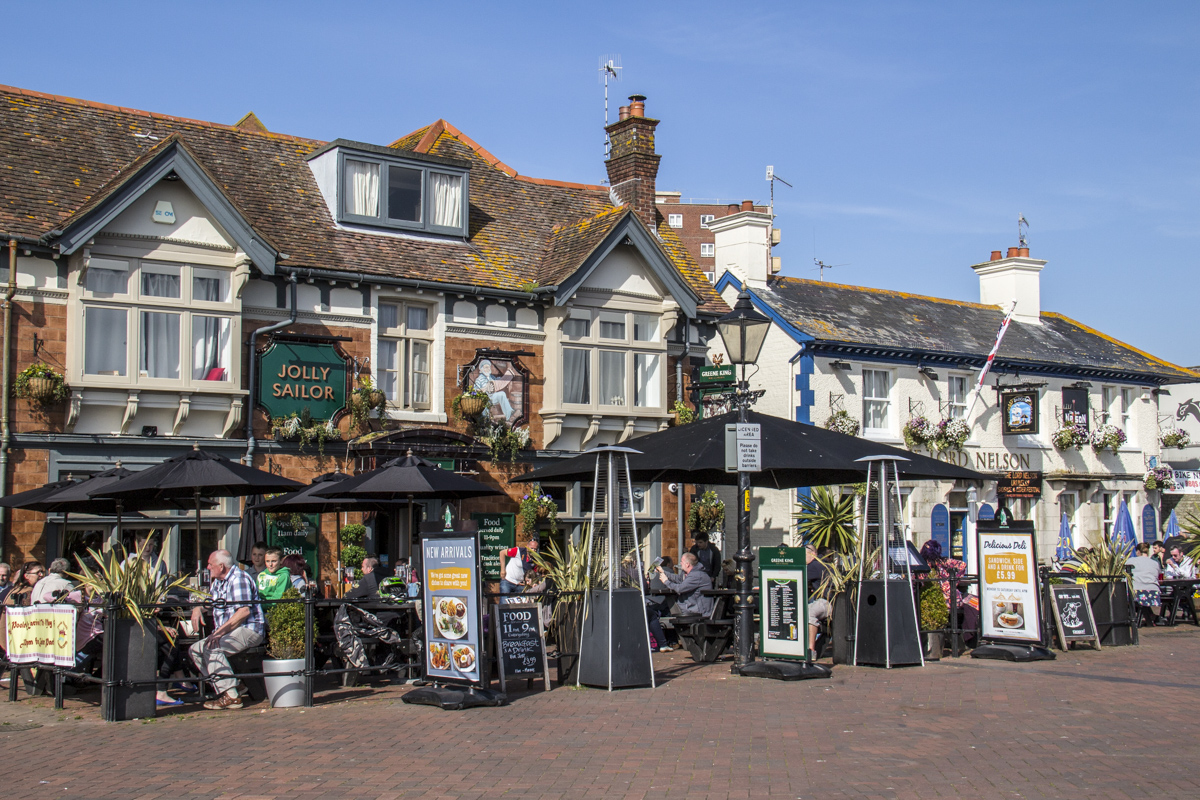 There is so much to see and do in Sherborne that I treated myself to two days here. It divides naturally into two separate areas, the old parish of Castleton and the environs of the splendid Sherborne Abbey in the town centre. The River Yeo flows between the two. Sherborne boasts two castles both built by Sir Walter Raleigh who was captivated by the town. Today the Old Castle lies in ruins but the newer Sherborne Castle is still occupied and surrounded by beautiful gardens. Both castles are open to the public. Other attractions include the Sherborne Steam and waterwheel centre where the water wheel can be seen working on designated open days during the summer; St John’s Chapel and Almshouses and, of course, the Abbey. While visiting Sherborne I stayed at the excellent Eastbury Hotel which is close to the city centre and has a lovely walled garden to relax in after a busy day sightseeing. 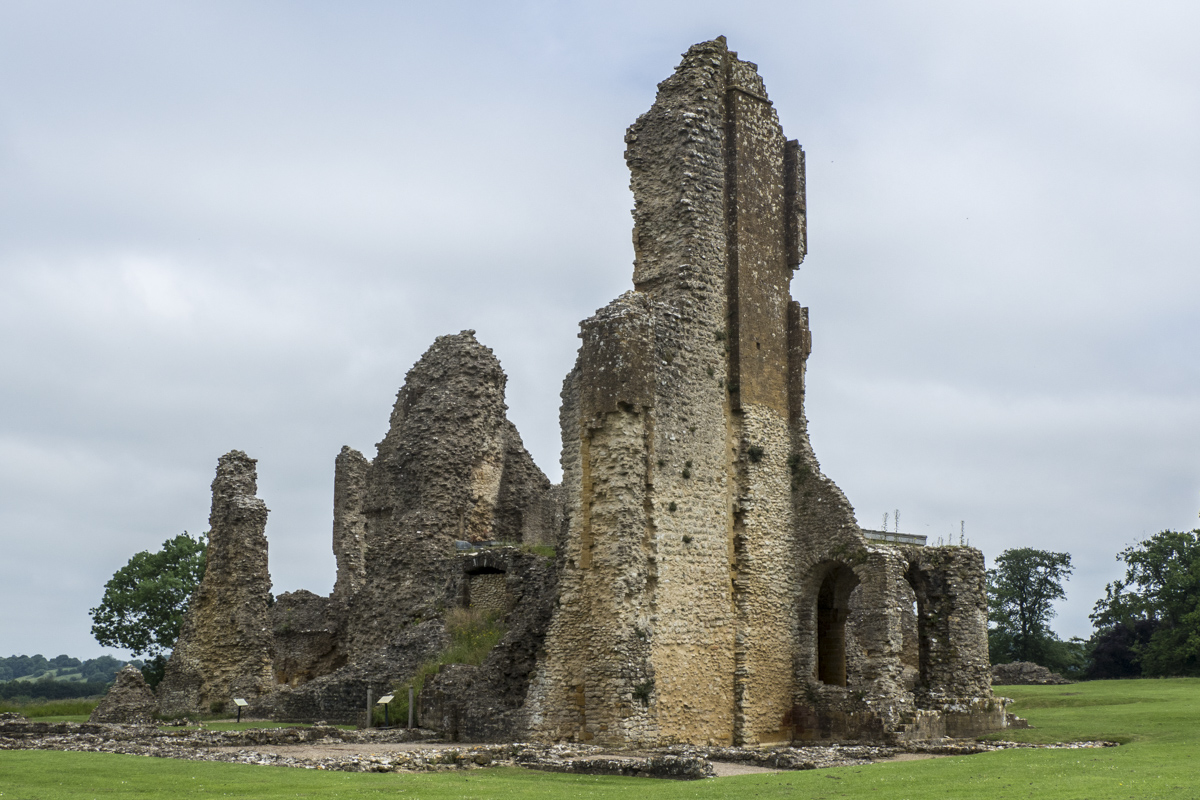 Swanage an old-fashioned seaside town displays some extraordinary stone ornamentation, in particular the façade on its Town Hall. The town’s prosperity was based on supplying the local Purbeck Stone to London. The stone was transported there by boat and the boats were filled with surplus stone monuments on the return journey to act as ballast. When bathing in the sea became a popular pursuit the town developed as a resort. One notable addition was the Swanage Pier which has been beautifully preserved. At the end of this pier visitors get a clear view of the Jurassic Coast across the water. Swanage is also the terminus for the Swanage Railway Company. Trips on this train are very popular and crowds always gather around the old-fashioned station when an engine is getting up steam. 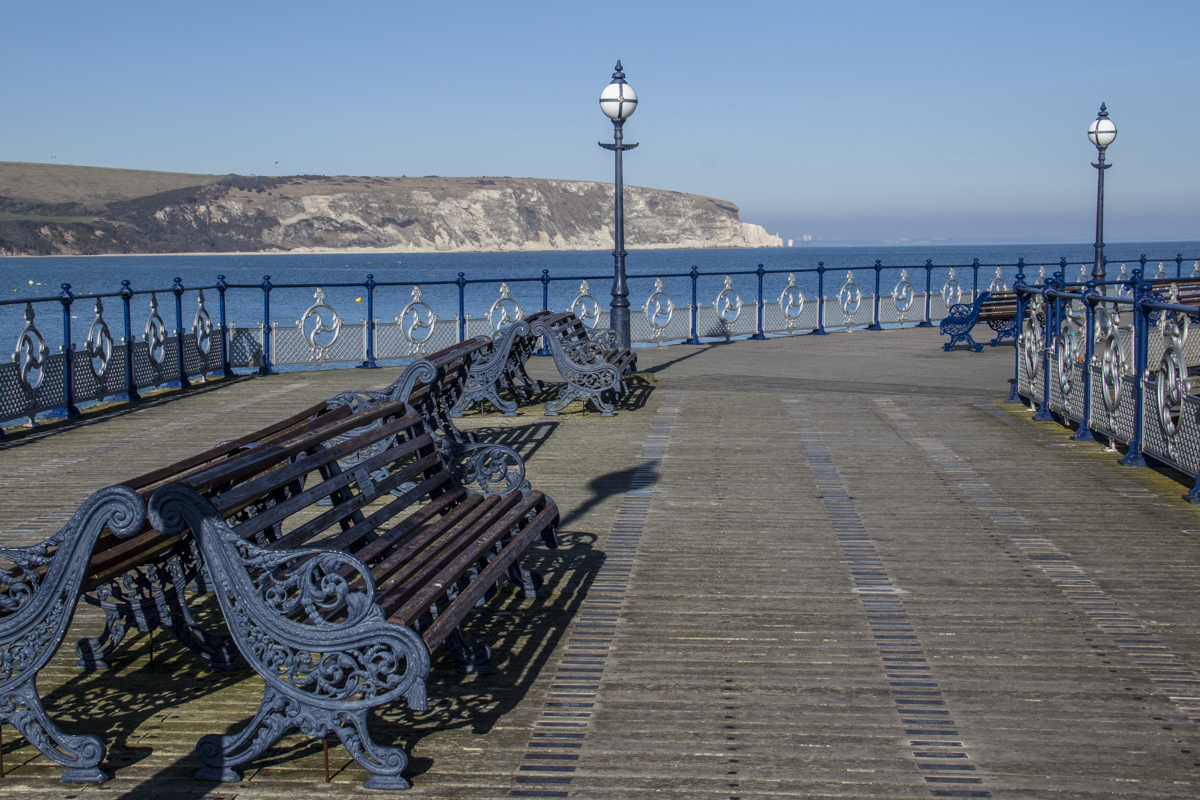 Walking around Wareham is a popular pastime. Maps of the very easy Walls Walk and the Town Walk are available in the Tourist Information Office inside the library. The Walls Walk follows the semi-circular remains of the ancient Saxon Walls. This walk goes past the tiny Church of Saint Martin on the Walls. This Saxon church is home to a priceless effigy of T E Lawrence, more popularly known as Lawrence of Arabia. This effigy was sculpted by Eric Kennington the official war artist for both World Wars. Another easy walk, the Two Rivers Walks are short, circular trails alongside the rivers Frome and Piddle that flow through the town. Wareham was once the most important port in the county but has since silted up and today the only boats that pull up outside the popular Old Granary Restaurant on the town’s quay are pleasure boats. 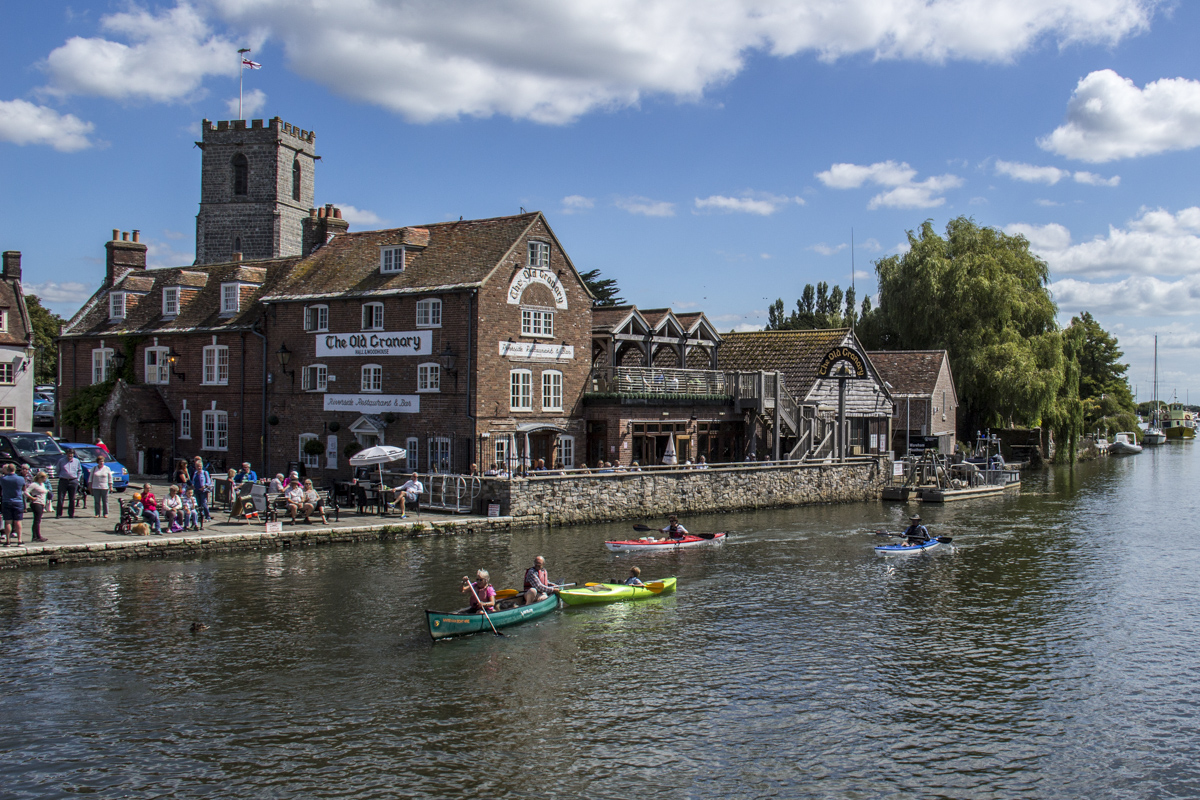 Soon after fresh air and bathing in the sea became popular due to the belief it was good for the health King George III began visiting Weymouth thereby establishing its popularity as a place to bathe. A replica of his bathing hut on wheels is on display on its sea front. His royal presence is reflected in the names of hotels and pubs. I was drawn in by the old-fashioned entertainment along the beach – donkey rides, Punch and Judy shows and gallopers in the fun fair. Even the historical Nothe Fort also known as North Fort has been renovated and adapted as a venue for events. In short it is a place for family fun and nostalgia. On the outskirts of the town are several theme parks including Sea Life, a mixture of indoor aquariums and outdoor pools. The short claw Asian otters were my favourite. SandWorld. features an amazing display of huge sand sculptures but only during the summer. It celebrates a town tradition for sand sculpting due to the good quality of the sand on its beaches. Weymouth is a place to have fun. 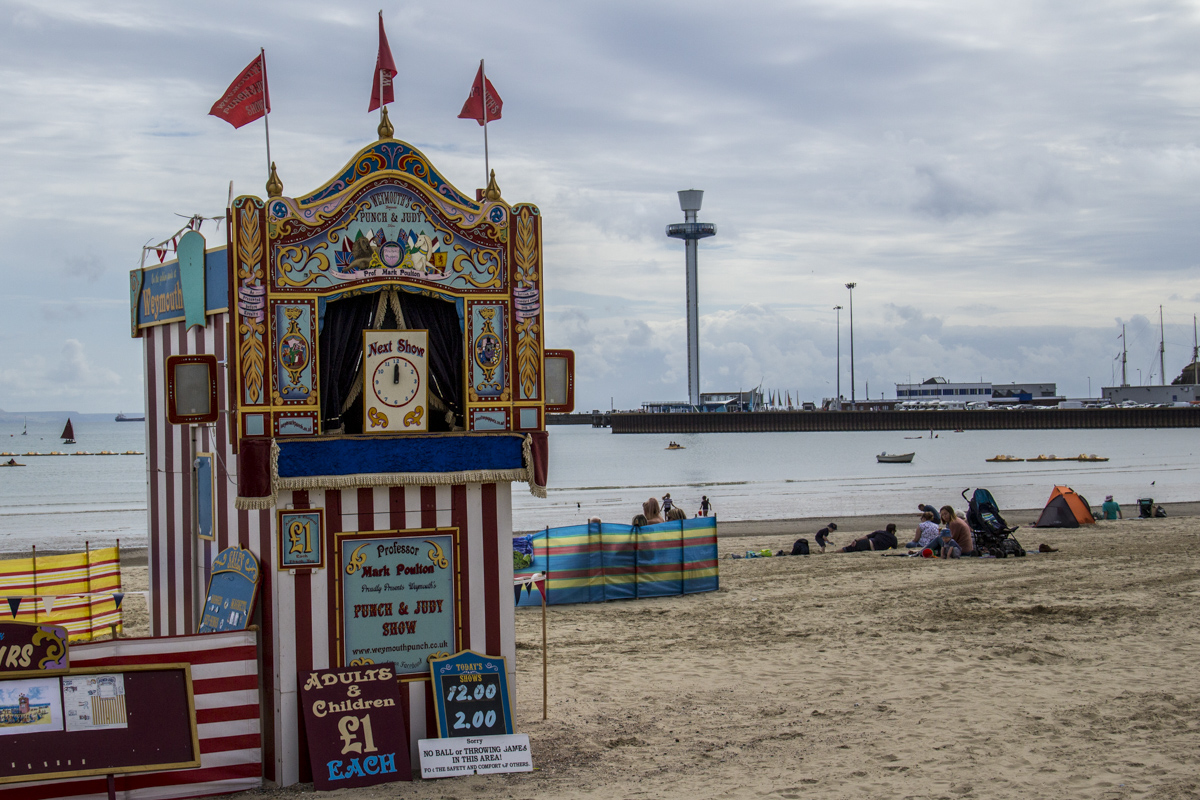 Wimborne has adopted a continental style. The tables and chairs of restaurants and cafés spill out into an open space in the centre of town. Nearby, across an expanse of grass is the impressive Wimborne Minster. I was intrigued by a small figure on its façade that I later discovered was a Quarter Jack. He would strike the quarter hour on a pair of bells alerting the townsfolk to the passing of time. Inside there is an old astrological clock that probably dates from the fifteenth century. The minster is also home to one of the first public libraries in England. The books in this Chained Library are chained to the shelves. The Priest’s House Museum occupies a sixteenth century building and features some interesting period rooms including a seventeenth century hall and a working Victorian kitchen. It has a very pretty garden at the back – the perfect place to indulge in afternoon tea 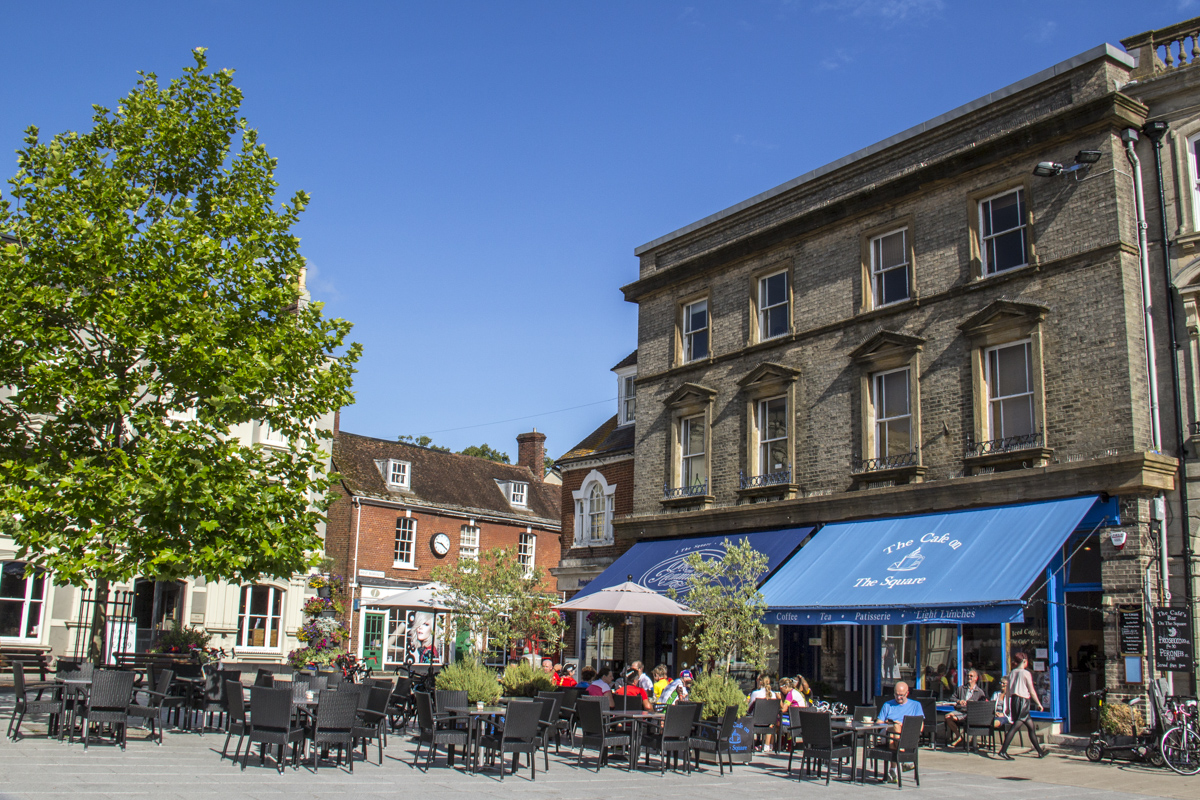 Travelling to and Around Dorset

South Western Railway runs a regular service to Dorset from London Waterloo and many towns in south and south west of England.

Once in Dorset visitors will find a comprehensive system of public transport including buses, trains and ferries is available to accommodate travel around the county.