A Stroll through the town of Poole in Dorset

When the sea fret rolled in across Poole Quay I thought that was the end of my day out in Poole but then I began to enjoy this ethereal experience and the sound of shipping hooting in the harbour close by. So I kept to my plan to treat myself to some chips and sit on the harbour wall to eat them – but I only had Lord Baden Powell for company. The life size sculpture was erected on the quay to celebrate the founding of the Scout Movement in 1908 following the success of an experimental camp on Brownsea Island in Poole Harbour. 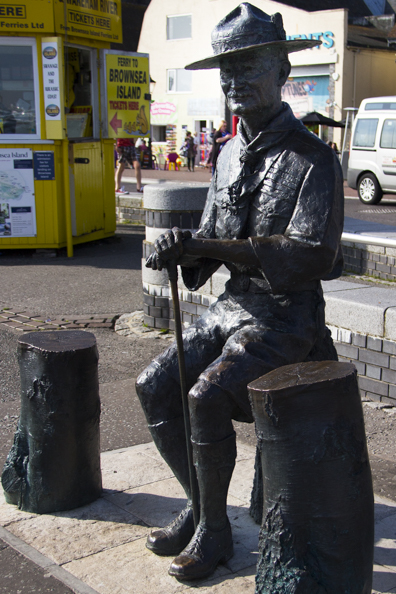 Emerging through the swirling mists I could see a strange shape on the water’s edge that appeared to be a mixture of viewing platforms and a huge sculpture. It was the the Sea Music Sculpture by Sir Anthony Caro. It was positioned right on the water’s edge to link the sea with the shore and to allow visitors to interact through stairs and platforms and to view the sea, the harbour and the town. 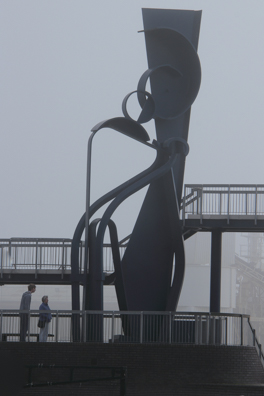 I arrived at the Custom House at the same time as a guided tour of Poole and lingered long enough to learn that it was the site of the most famous incident involving the notorious Hawkhurst Gang that had terrorised the south coast during the eighteenth century. When they were caught with an illegal cargo of tea it was seized, locked in the Custom House on Poole Quay and guarded by a naval ship. In the early hours of the morning, when the guns of the ship dipped below the quayside thirty members of the gang broke into the Custom House and grabbed as much of the tea as they could carry before escaping on horseback. In the aftermath of this raid two innocent people were murdered and as a result the ringleaders of this gang were betrayed, captured and executed thus ending their reign of terror. When this Grade II listed building became redundant as a government building it was allowed to fall into disrepair but it has now been restored to its original Georgian splendour and converted into a bar on the ground floor with a restaurant above. 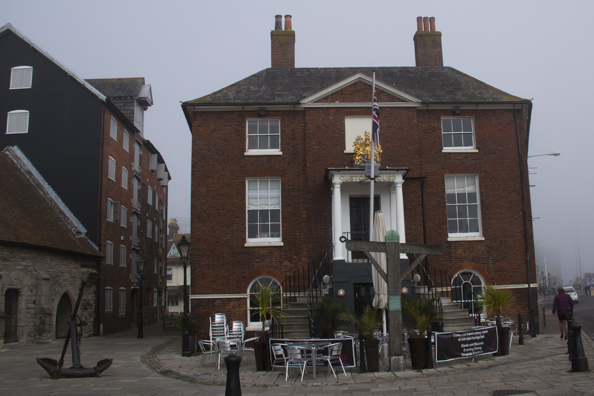 Next to the Custom House is the Local History Centre church of … which is now the … and also part of which is housed in the old town cellars and forms part of the Poole Museum through which it is accessed. I was enticed inside this museum by the sight of an old fire engine in the glass fronted entrance to the building, an eighteenth century harbour warehouse. 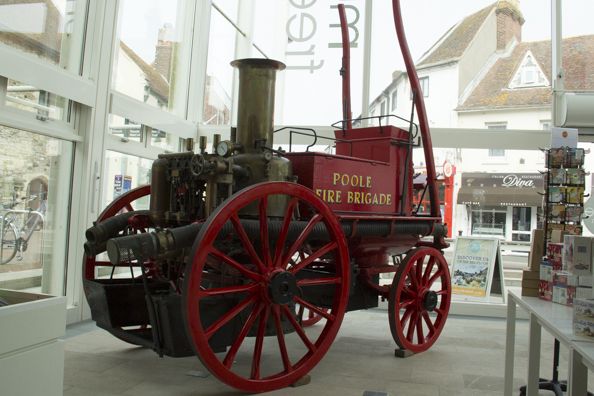 Once inside I soon discovered that the museum was much larger than it had appeared from the outside and was beautifully laid out and featured many fascinating exhibits. I learnt about the history of Poole pottery, the mysterious Swash Channel Wreck, the extraordinary Poole longboat and life in Poole during the 1950s 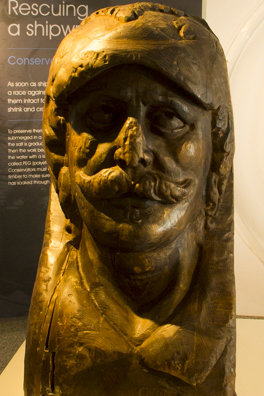 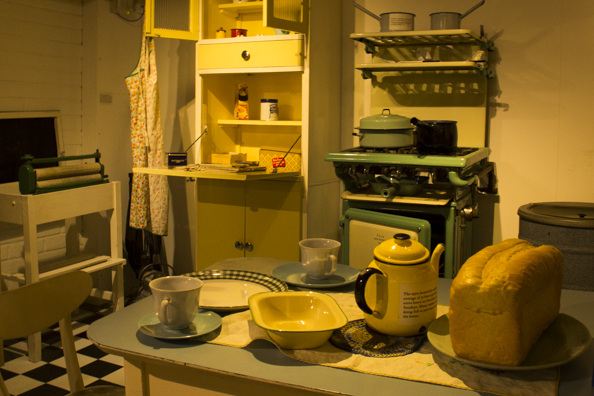 Emerging from the museum I discovered that the mist had vanished and the sun was shining and all the buildings around me took on a new attraction. In particular the Tudor style sixteenth century building that now houses the King’s Head public house. Next door is a very special building. Scaplens Court is a Grade 1 Listed Building and a Scheduled Ancient Monument. The building is only open to the public in August and I was too early to visit the gardens as they do not open until May. 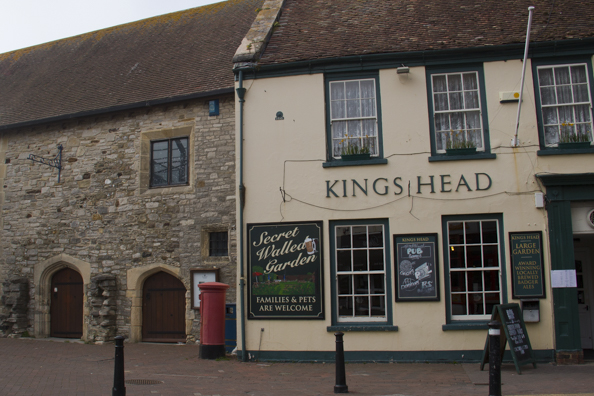 It was time for a break so I made my way along the High Street to Caffé Nero which is housed in a very unusual building which was constructed in 1928 as a showroom for the Bournemouth Gas and Water Company. The offices of this company were in the building next door, an attractive mansion called Beech Hurst, and so was the original showroom. Because this showroom could not be seen from the outside the company decided to build a separate showroom which was designed to ensure it did not obstruct the front view of Beech Hurst and to harmonise with its classical features. On the other side of Caffé Nero is the Lord Wimborne public house which occupies a building donated to Poole in 1887 by John Norton, a local timber merchant. 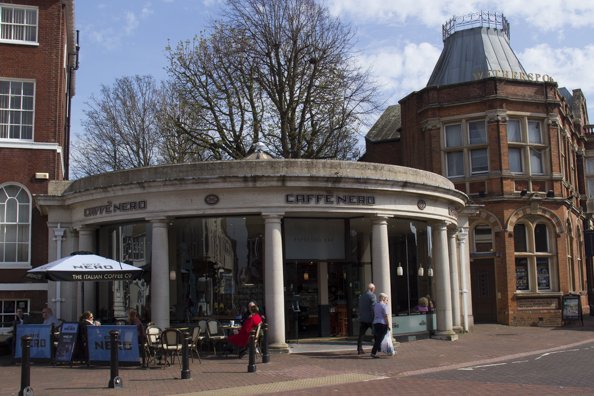 My favourite building in the High Street is the Victorian shop front of Boone’s the ironmongers. 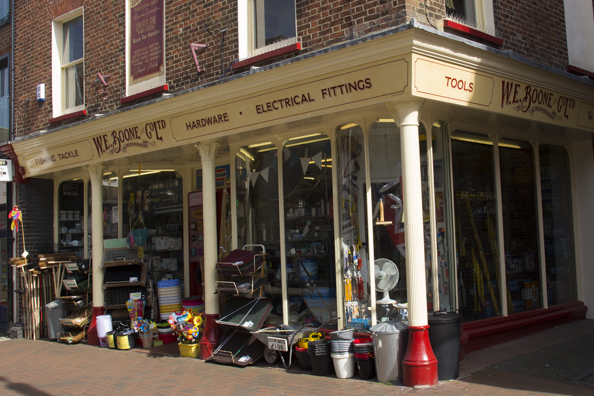 And I was fascinated by the presence of a level crossing to protect pedestrians from the trains that travel regularly between Waterloo and Weymouth. The railway line is spanned by a cast iron footbridge built in 1874 and still in use today. 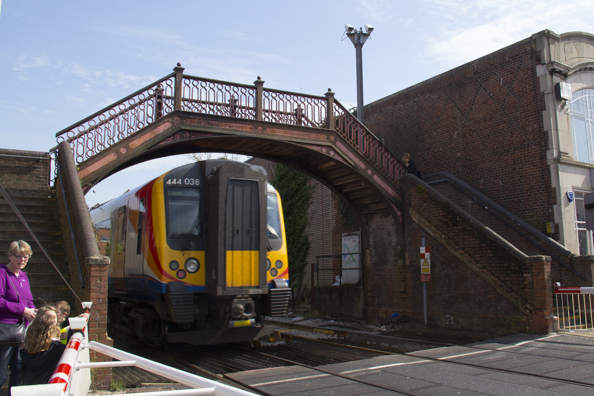 On the far side of the modern Dolphin Shopping Centre, beyond the bus station I found the the Lighthouse Centre of Arts Centre of Arts and went inside to have a look around. This centre which includes a theatre and several small galleries was opened in 1978 as a response to the lack of cultural facilities in South East Dorset and I felt it had succeeded in it mission as I admired a collection of ceramic heads, a display of sculpted cakes and a gallery of computer generated paintings. 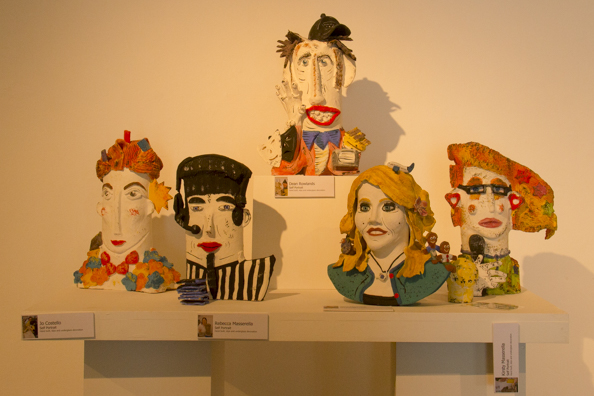 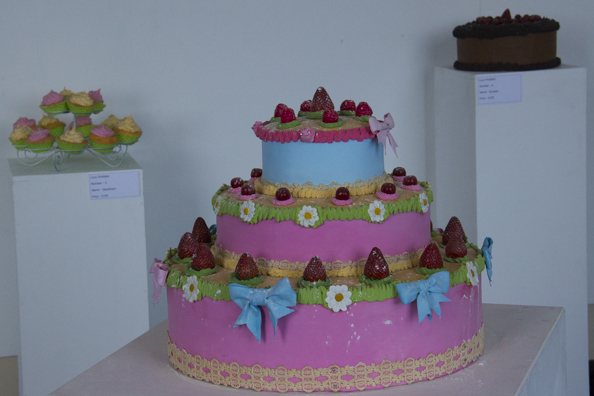 As the sun was still shining I could not resist quick visit to the very popular Poole Park. Since it opened in 1890 it has always been a peoples park and today there were lots of people around feeding the ducks and swans on the lakes, boating on the water, putting on the crazy golf course or just sitting in the beautiful gardens. 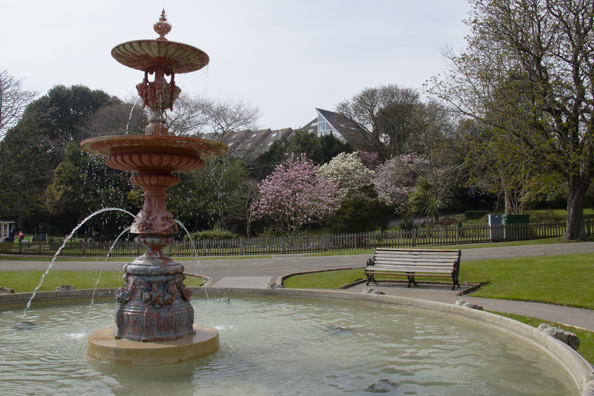 Of course no visit to Poole would be complete without visiting Poole Pottery. The town has been the home of Carter & Co (later Poole Pottery) since 1873 and although the original Poole Pottery factory was demolished in 2001 it is still possible to watch a potter at work in the Poole Pottery showroom that displays the beautiful pottery that is now made elsewhere. 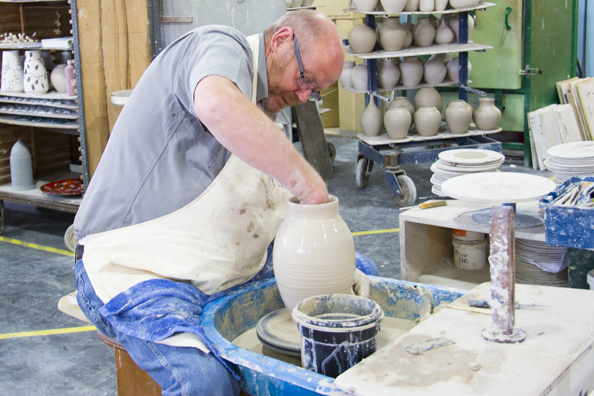