Staycations in the Colourful Countryside of Britain

Amblers, ramblers, wanderers and walkers Britain welcomes you all to explore its many diverse countryside destinations. From Windermere in Cumbria to Wareham in Dorset, here are six lovely places to stay in while exploring the surrounding area.

St David’s is the ideal base for exploring St David’s Peninsula in Pembrokeshire, Wales. This wild and rugged headland is cross-crossed by a network of well-marked paths. The Pembrokeshire Coast Path, perched on the cliffs about the sea follows its coastline for 186 miles winding around its rocky bays. One of its many attractions is regular access points to short, easy and scenic sections of this spectacular long-distance trail. The walk between the glorious, golden beach at Whitesands and St Justinian’s is stunning. This bay, a small inlet not far from St David’s City is the site of three lifeboat stations. Just beyond the bay are the ruins of a medieval chapel where, according to legend, St Justinian’s remains were once buried. According to legend St Justinian was a hermit who lived on Ramsey Island during the sixth-century. Saint David visited him on the island and was so impressed by his holiness that he appointed him as his confessor and Abbot of St David’s Cathedral. Today his remains are enshrined in the Cathedral of St David St David’s Cathedral next to those of St David himself. 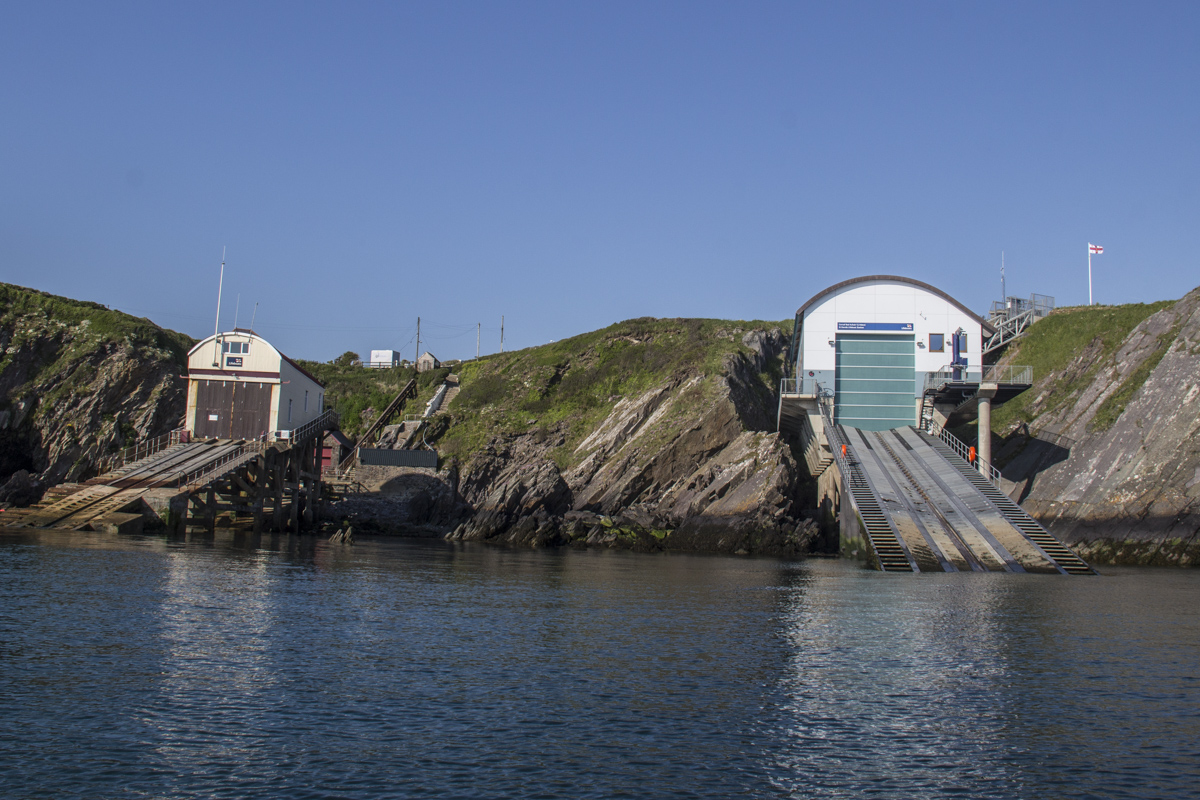 Attractions in St David’s City includeOriel y Parc the visitor centre for the Pembrokeshire Coast National Park which incorporates St David’s Peninsula. The National Park was created to protect the environment and sets a fine example with its own state of the art green technological visitor centre. Other attractions within the city include the Porth y Twr or Tower Gatehouse. The only remaining gatehouse of the original four penetrating the walls that once encircled the cathedral. Under this building is the bishop’s dungeon and the thirteenth century Bell Tower stands beside it. Sited in the valley of the River Alun is the Cathedral of St David a splendid testament to the history of the city and the days when it was an important destination for pilgrims. St Non’s Chapel is credited as the birthplace of St David himself. Another easy walk follows a lane from the city centre to the cliff tops and the ruins of this chapel. While visiting St David’s City I stayed at the excellent Twr y Felin Hotel. 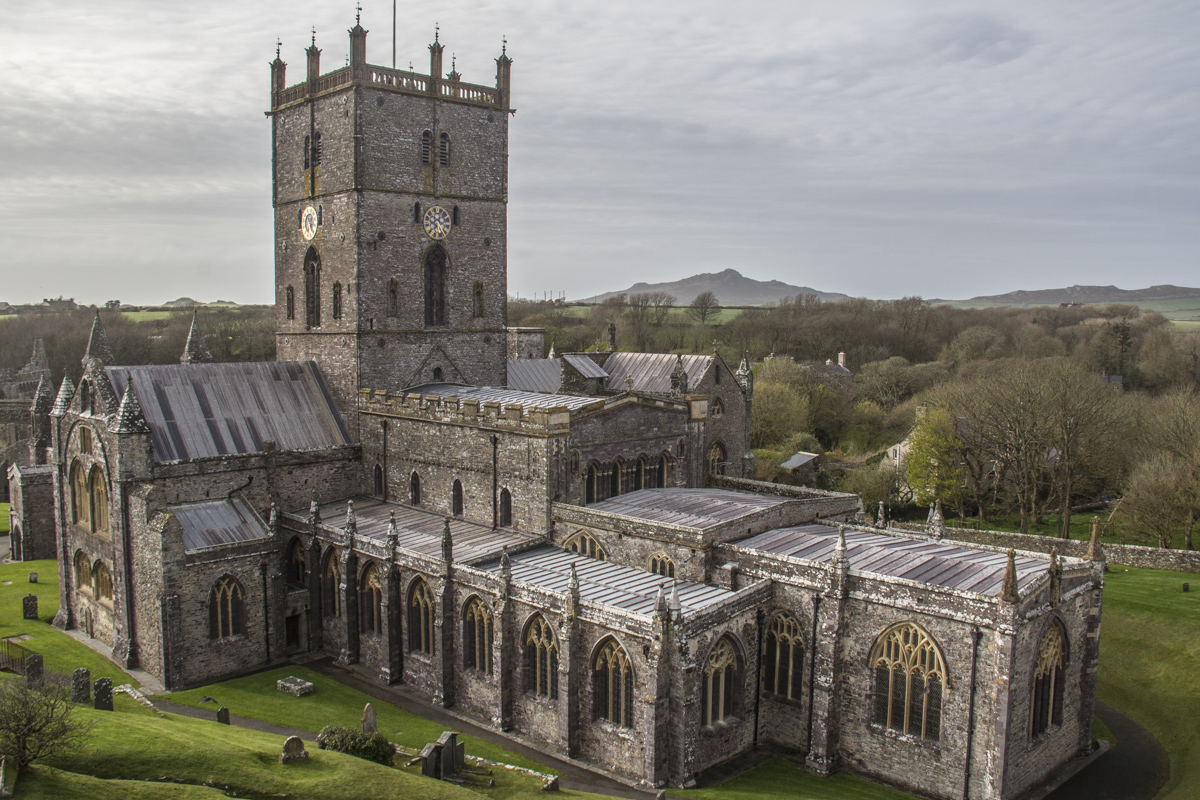 Stretching along the Estuary of the Nevern River the pretty and very popular little town of Newport in Pembrokeshire, Wales is at the hub of several easy walks. These include a very easy section of the Pembrokeshire Coast Path. This wide, tree-shaded path follows the estuary down to its outlet into the sea at the Parrog”:http://www.bluestonewales.com/pembrokeshire/beaches/newport-parrog. Built around the middle of the sixteenth century the Parrog is the old port of Newport. Today, as the river is now too shallow for commercial shipping it is populated by recreational craft and fishing boats. One of the old warehouses on the estuary is now home to the Newport Boat Club. It is possible to wade across the estuary at low tide to explore the extensive Newport Sands one of several beaches that fringe the town of Newport. A unique attraction here is Ty Twt a Dolls’ Houses and Toy Collection. This little, privately-owned museum features a dolls house representing every decade since 1840. It was established by two sisters and features their private collection built up over a period of thirty years. Privately funded this museum does charge an entrance fee but as it does cover running costs it relies on volunteers help to run it. It is only open in the summer during the school holidays. It is definitely worth a visit to enjoy the intricate detail of the houses and their contents. I had many friendly conversations with the locals in Newport Including Ed my lovely host at the delightful Llys Meddyg where I stayed. 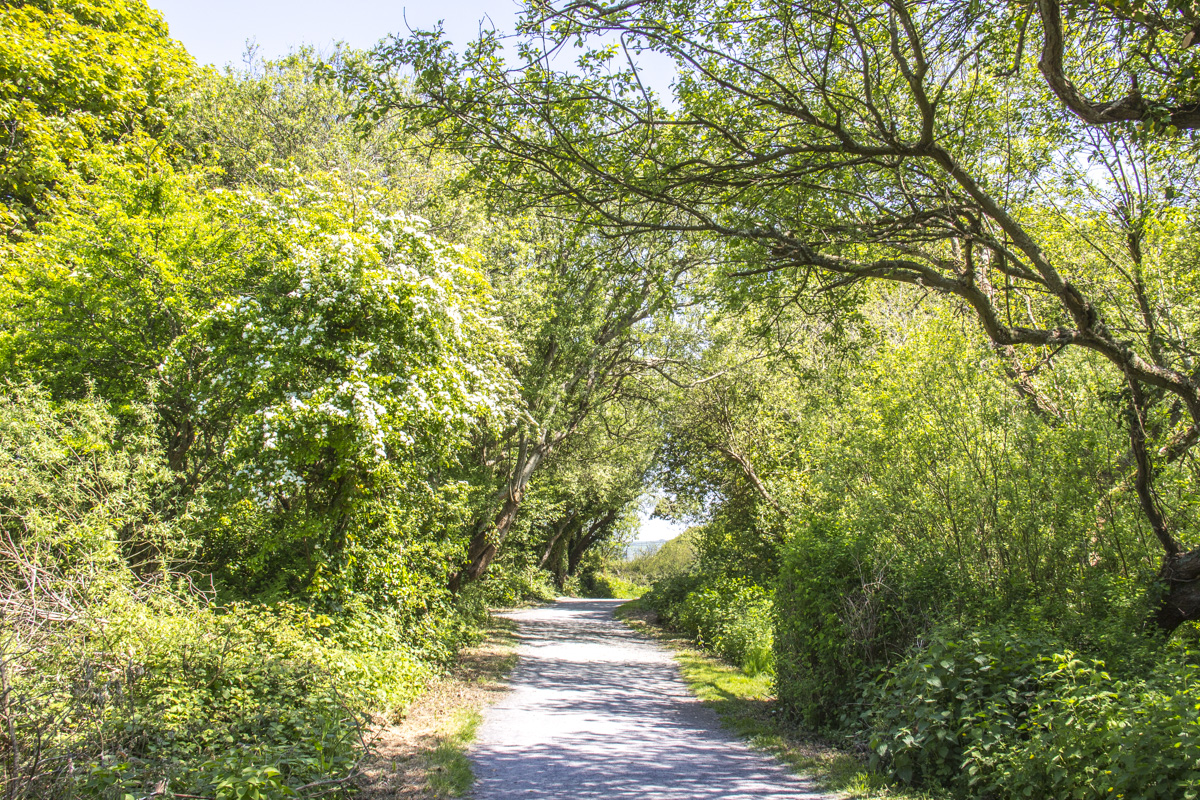 Path by the River Nevern Estuary in Newport, Pembrokeshire in Wales

Windermere in Cumbria has some wonderful walks to viewpoints looking down on nearby Lake Windermere. These paths thread their way across multi-coloured cultivated areas populated by small herds of timid sheep. Much of the land in this area is owned by the National Trust and open to the public who can wander through large areas of natural parkland. My exceptional hotel, Cedar Manor was close to several interesting walks. These paths offer alternate routes to local attractions and nearby Bowness on the shores of Lake Windermere. 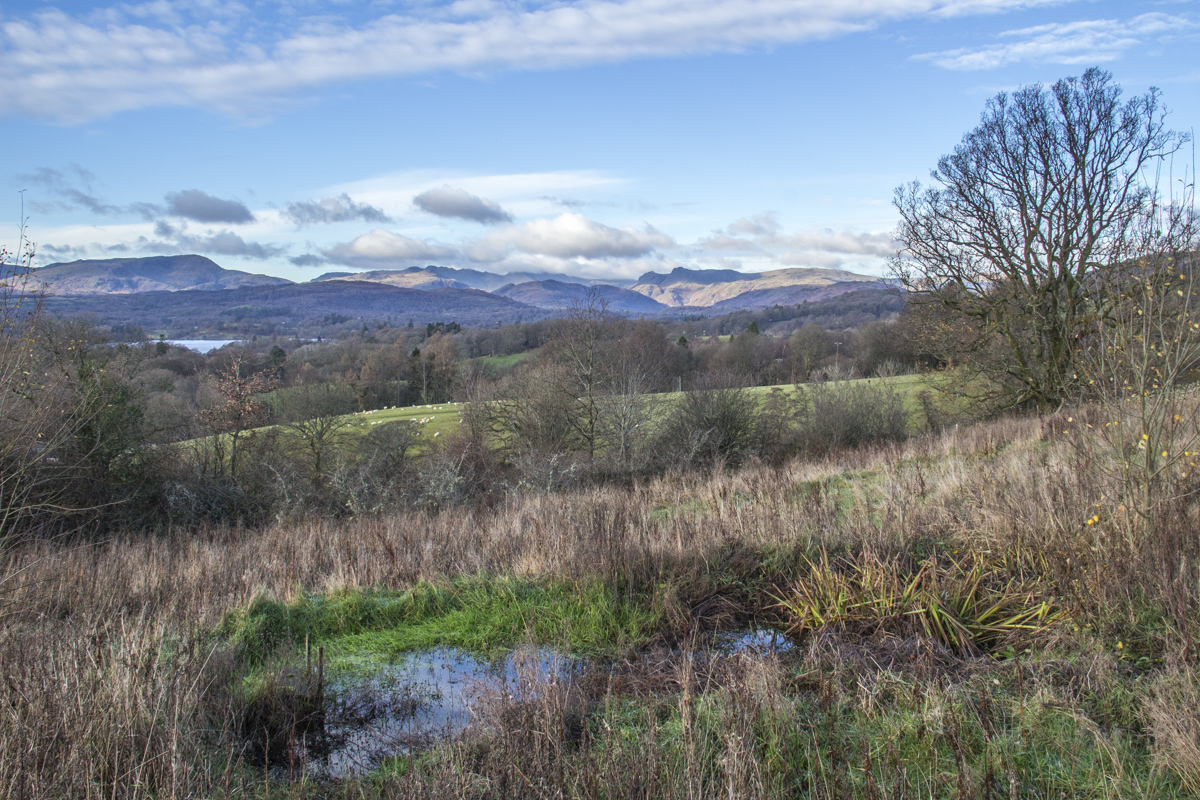 The Countryside Surrounding Windermere in Cumbria

I really enjoyed wandering around the beautiful Holehird Gardens are owned by the Lakeland Horticultural Society. The gardens are surrounded by parkland and it is a nice walk up a long drive to reach them. They are divided into different sections including a terraced garden of hydrangeas, a rose garden and a walled garden. Just outside Bowness, overlooking Lake Windermere, is Blackwell a beautiful Arts and Crafts House. The house was built in 1901 during the Arts and Crafts period when houses were designed from the inside out. It is now owned by Lakeland Arts who have restored the house to its former glory. Today is probably one of the most important Arts and Crafts Houses in Britain. No trip to Windermere would be complete without a trip on the lake of the same name. Ferries and pleasure boats run by Windermere Lake Cruises depart regularly from Bowness Pier. I chose the forty-five-minute cruise that included a commentary regarding the buildings and islands we passed. One of the islands once belonged to Beatrix Potter who is celebrate by the World of Beatrix Potter a charming exposition about her life and love of animals. 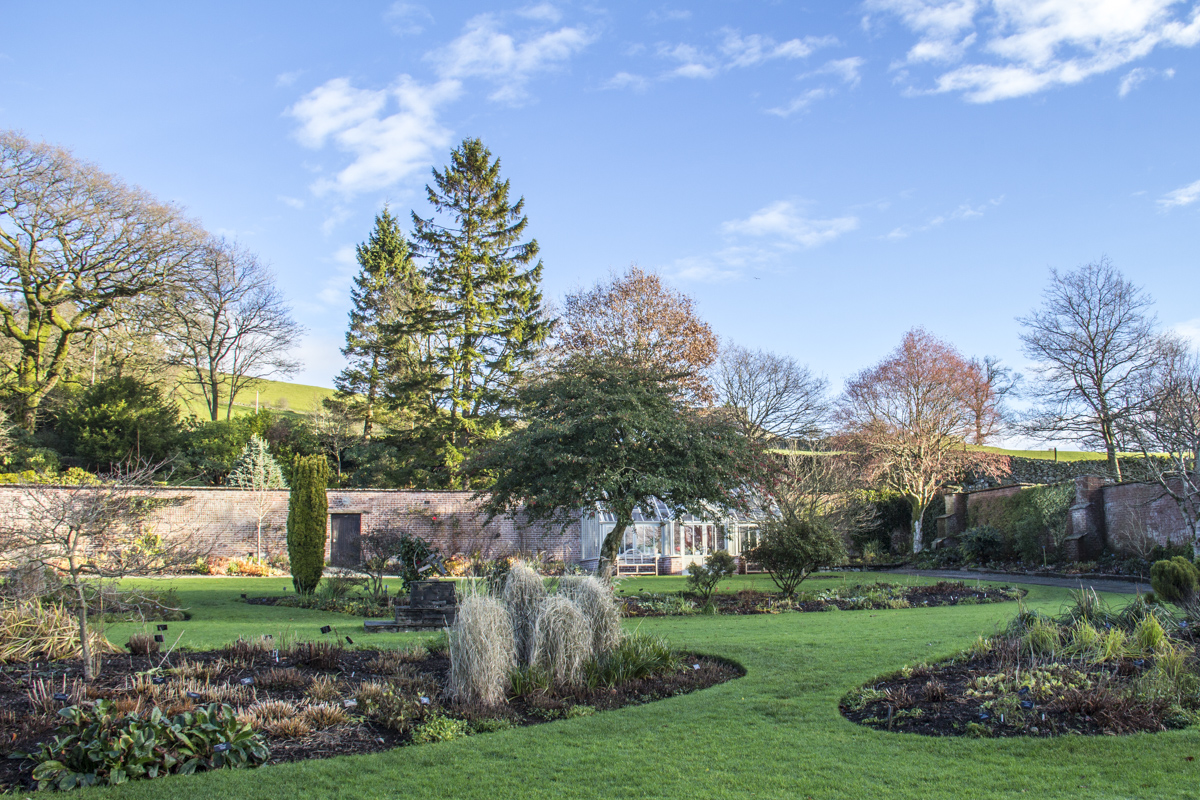 Holehird Gardens in Windermere in Cumbria

Deep in shady trees of ancient Sherwood Forest is the amazing Sherwood Hideaway. A variety of tracks penetrate the surrounding woodland which can also be viewed from the cosy depths of individual hot tubs on the veranda of each wooden lodge. The lodges are spread around a large grassy clearing inside the forest and each has its own parking space. I felt very close to nature wallowing in my hot tub listening to the birds tweeting in the trees around me and hoping I might hear the frantic drilling of the resident woodpecker. I enjoyed the flexibility of self-catering interspersing meals between a variety of walks in the forest. 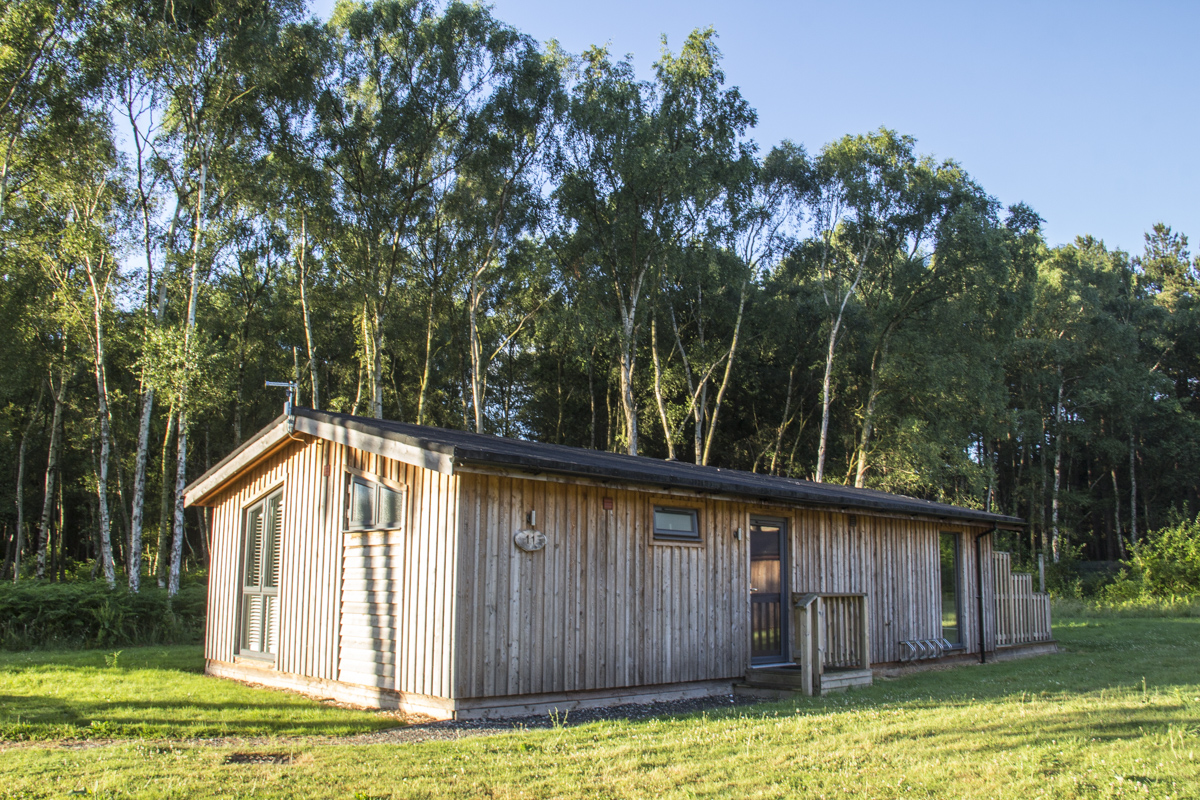 Sherwood Forest Hideaway near Ollerton, Nottinghamshire in the UK

During my stay I had the opportunity to join a photography master class featuring birds of prey. This was an incredible experience organised by Sherwood Hideaway. The birds were provided by Simon from Go-Active Falconry. Before we started our walk we were introduced to the birds who were settled, hoodless, on their individual perches. It was wonderful to be so close to these magnificent birds and I was thrilled when I was given the opportunity to take Matilda, the European eagle owl on my arm. After our introduction we did several walks through the forest with different birds to take photographs of them either flying back to Simon or perching on the branch of a tree. Throughout this master class Heather Burns, a renowned wildlife photographer was teaching us both individually and as a group. Both my stay in the Sherwood Forest and the photography class with the birds of prey were memorable experiences. 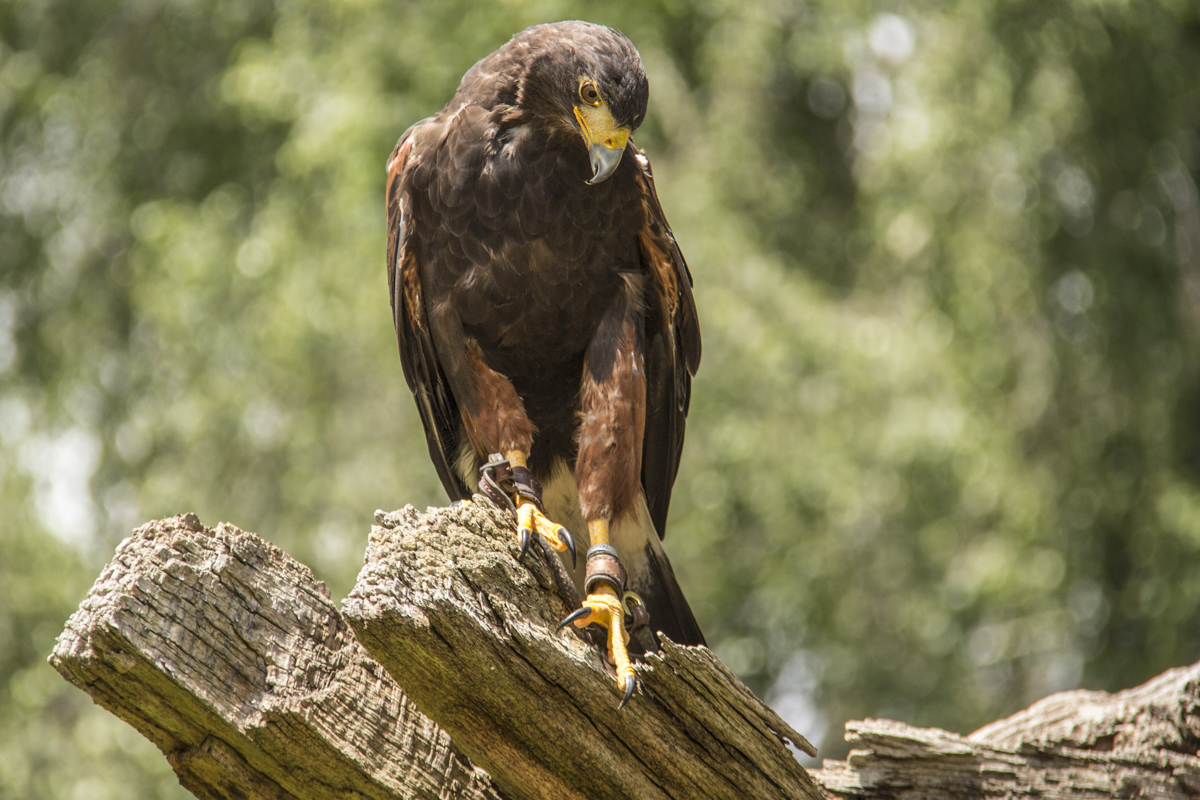 Annabelle, a Harris Hawk, in the Sherwood Forest, near Ollerton, Nottinghamshire

Lymington in the New Forest, Hampshire

Generally considered to be the coastal capital of the New Forest of England, Lymington is famous for is salt marshes. Salt production began here during the Middle Ages and continued until the nineteenth century. The salt marshes were divided into small areas known as salterns each of which was owned by an individual. An increase in the taxation on salt and the rising costs of production and transportation was the beginning of the end and the last saltern closed in 1866. The abandoned salt marshes are now rich in bird life and public paths meander through the old salt pans. Keen walkers can make the short journey into the New Forest to experience this unique common land where ponies, donkeys, cattle, sheep and pigs still graze freely thanks to the grazing rights that have been practiced here for centuries. The unusually wide High Street is lined on both sides when the weekly market Charter Market to town. This market has been held here every Saturday morning since 1250. Once a favourite haunt of smugglers, still home to the Victorian Sea-Water Pool and famous for its ship builing visitors can learn more about the history of Lymington in the St Barbe Museum and Art Gallery. 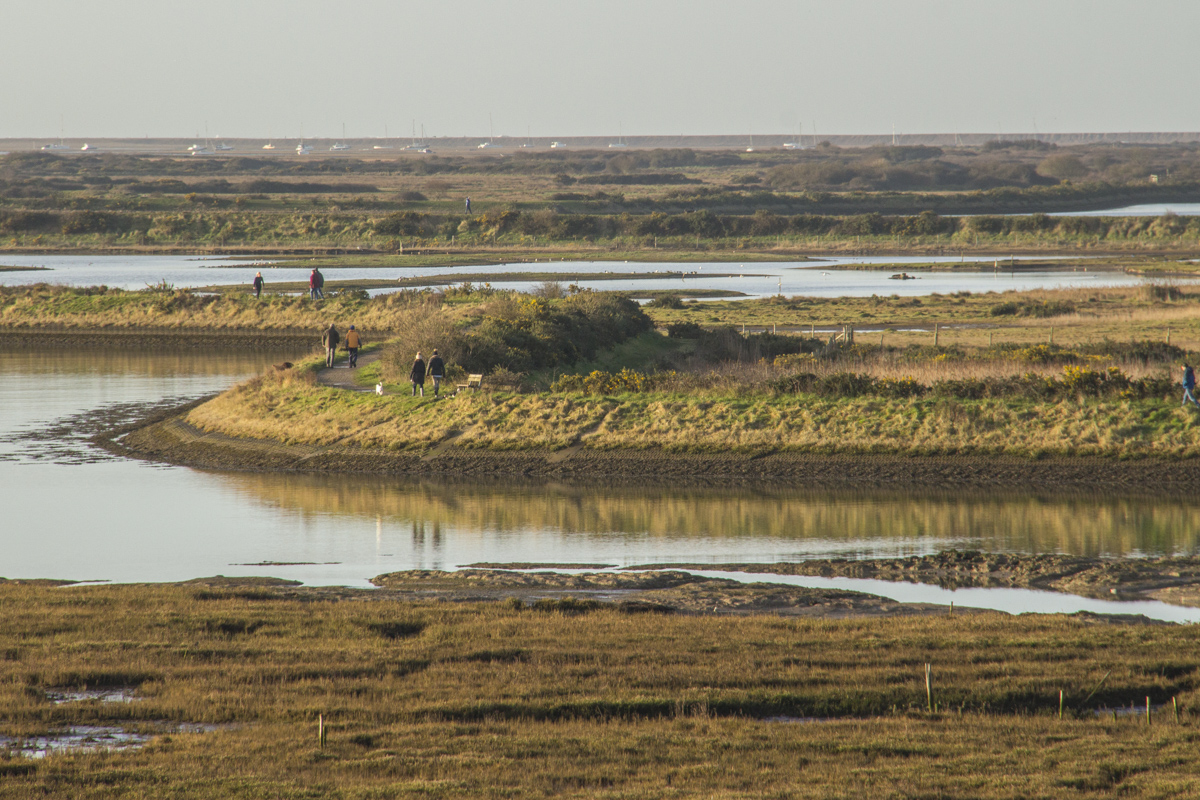 The Salt Marshes at Lymington in Hampshire

Any visitor to Wareham can enjoy the gentle stroll along the top of its Saxon Walls. Information boards outline the history of the walls and the town they encircled. Wareham is situated between the Rivers Frome and Piddle and the Two Rivers Walks are short, circular trails that follow the footpaths and quiet roads beside these rivers. The quay on the River Frome in the town centre is a popular meeting place today. In the past Wareham was a more important port than Poole on the coast. Boats would come through Poole harbour on their way to Wareham. The river has silted up since then and it is hard to imagine, watching colourful canoes drifting along, that it was once a busy commercial port. Pleasure boats still make the journey between Poole and Wareham in the summer. Within the Wareham Town Museum is a room devoted to T E Lawrence once a regular visitor to the town. The museum also tells the story of the Great Fire of 1762 that destroyed most of the town. When it was rebuilt the Georgian houses had tiled roofs and lined wide streets that would act as fire breaks. Once the town had been re-built in the style of the period. The railway station was built out of town to avoid sparks from the steam trains igniting the thatched roofs of houses that had survived the Great Fire. In the summer of 2017 the Swanage Railway finished relaying the track between Wareham and Swanage revived the train service between the two towns. It is a very pleasant, peaceful journey through the countryside with fantastic views of Corfe Castle on the way. 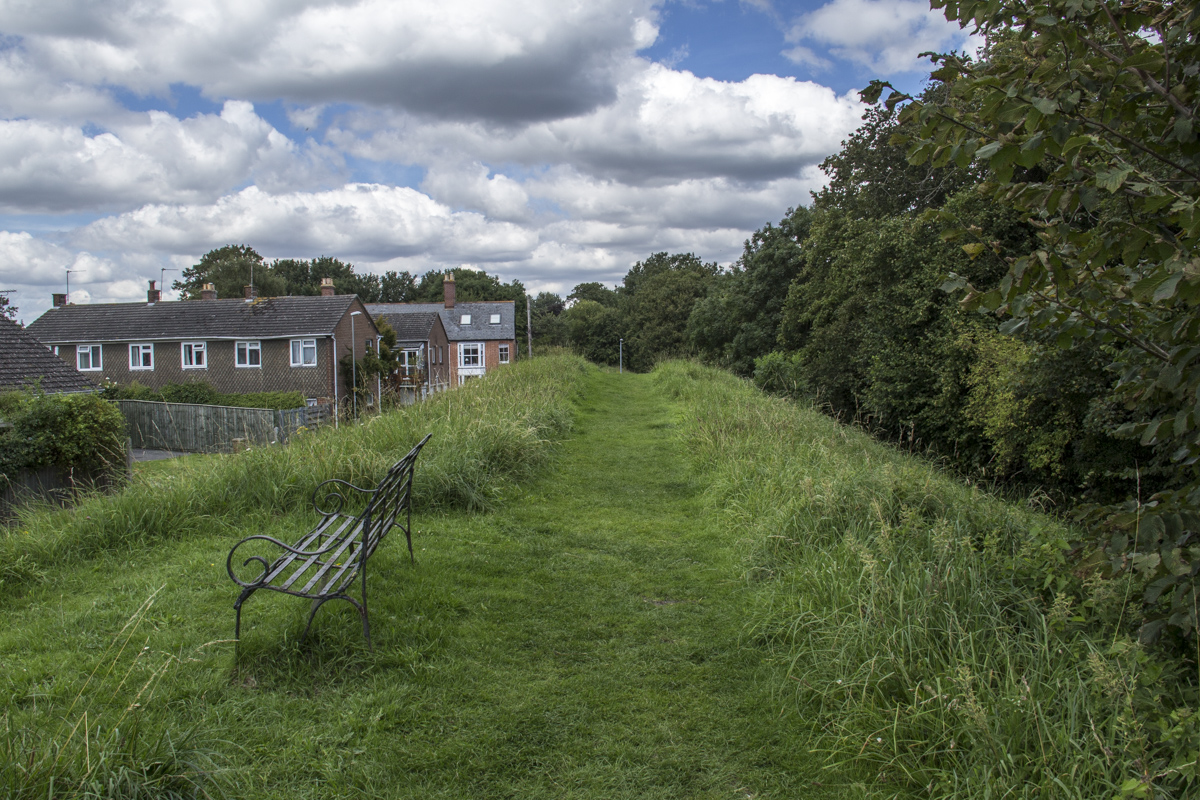 The Saxon Walla around Wareham in Dorset