It was with great and justified pride that Emma showed me to my suite when I checked into the Twr y Felin Hotel in St David’s, Pembrokeshire in Wales. The Tyddewi (Windmill Tower) Suite occupies the three floors of the original windmill that was built here in 1806. This windmill had a chequered history being damaged several times in terrible storms and on two occasions its wings and paddles were blown off. Despite these misadventures the windmill ground corn intermittently for nearly a century until it ceased operations in 1904. New buildings were added and the windmill was first converted into a hotel. It was when it was requisitioned during the second world war that the watch room was established at the top of the tower. After the war it reverted to private ownership and was once again a hotel. This temperance establishment was run as an Eco-Lodge and an Outdoor Pursuits Centre. It was here that the exciting sport of coasteering was first introduced. In 2009 the property was purchased by the Griffiths Roch Foundation and converted into a luxury hotel ideally situated in its own grounds just a few minutes’ walk from the centre of St David’s. 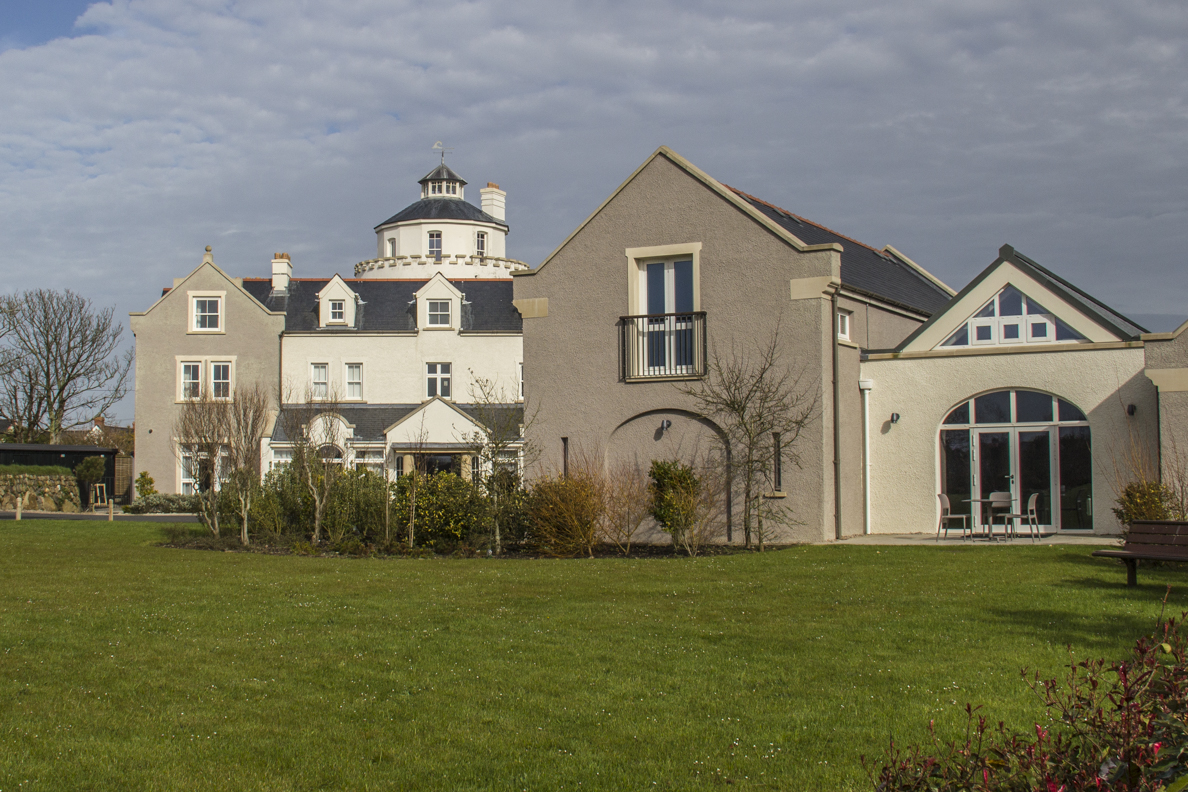 The door to the ground floor of the Tyddewi Suite opens onto a spacious hallway with a large wardrobe. A large bathroom with a separate shower and bath and the spacious bedroom with a super king-size double bed occupies the rest of this floor. I was already impressed. 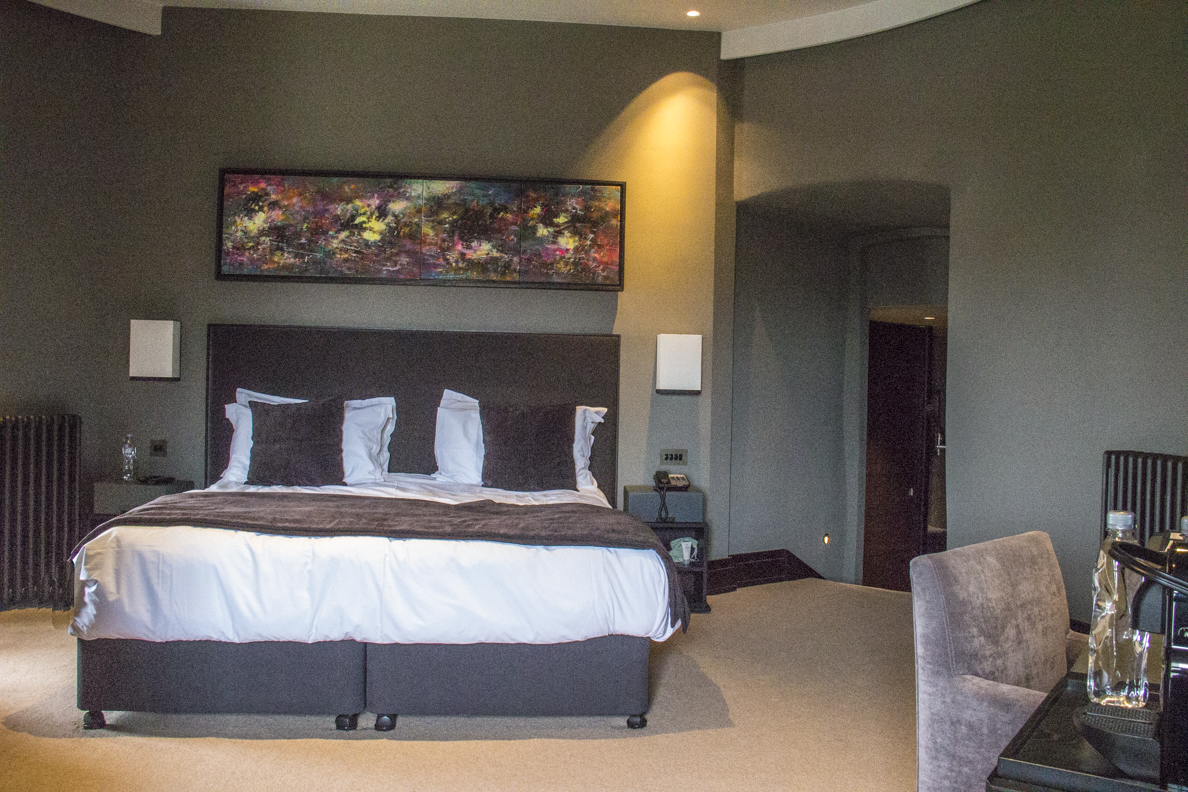 When I spotted some carpeted stairs leading to a second floor I followed them up to a sitting room. This lovely room is furnished with a comfortable sofa and armchairs from which I could enjoy every aspect of the panoramic views of the surrounding countryside through the circle of windows enclosing the room. 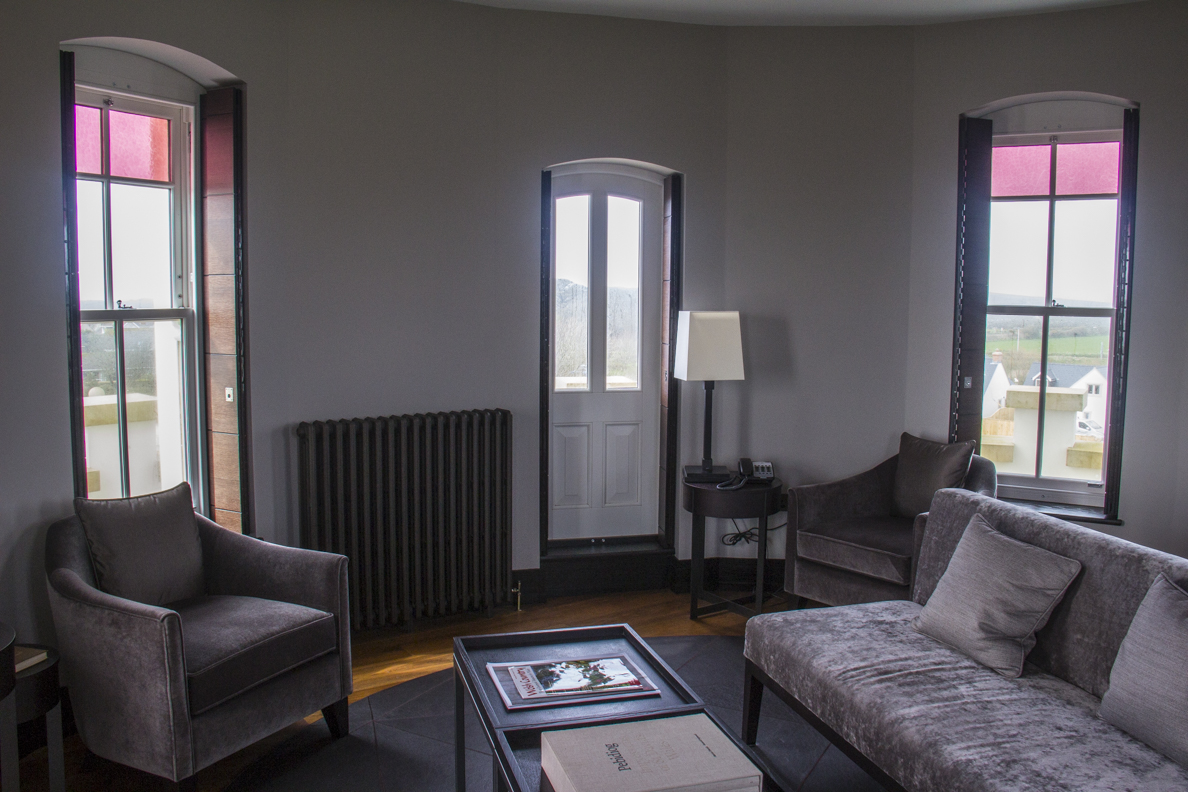 Imagine my delight when I discovered a narrow wooden staircase led to a room above the sitting room. Clambering up them and bending down to get through the sliding hatch I entered the watch tower on the top floor of the old windmill. I could see for miles around me, across the countryside, over the town and out to sea. 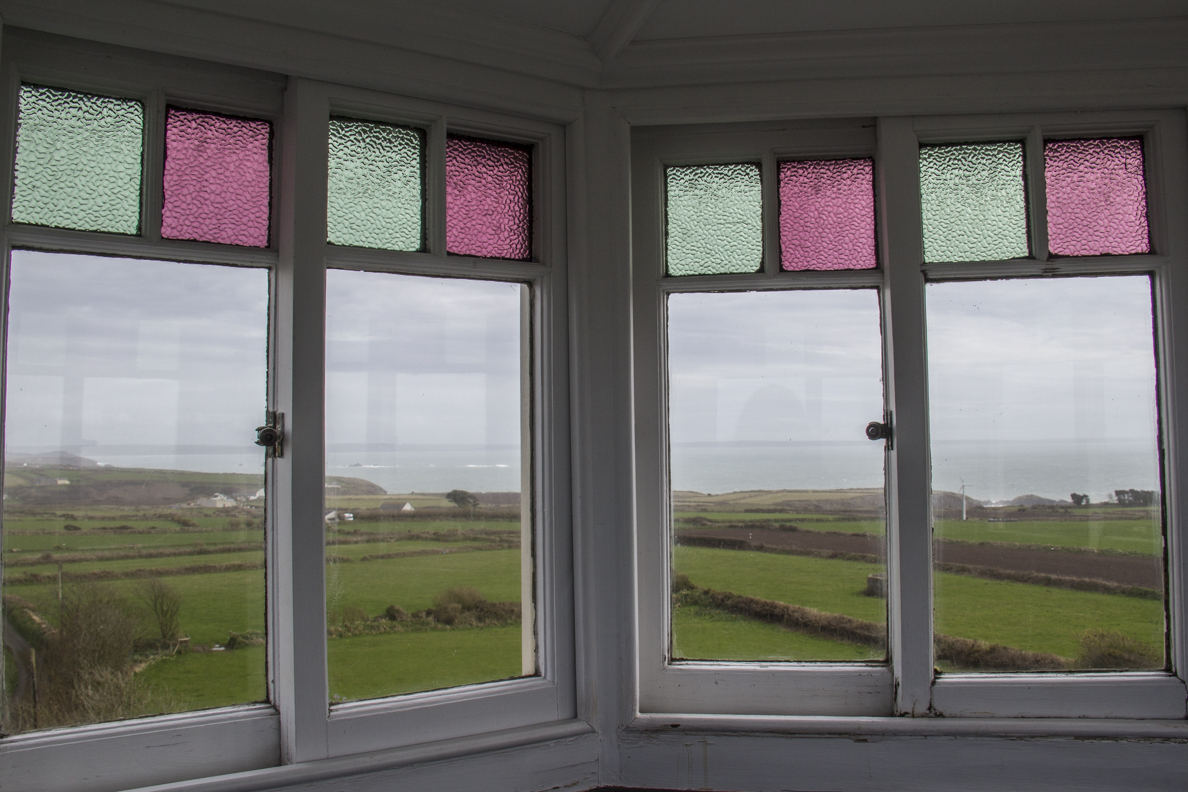 Guests here cannot help but notice the paintings on the walls. Particularly striking is a series of portraits by Charles Uzzell-Edwards also known as Pure Evil. His portraits of famous Welsh celebrities are very distinctive and, like them or not, you cannot help but admire them. Twr y Felin Hotel and its sister hotels Roch Castle and Penrhiw Hotel nearby feature over 100 original artworks. The collection includes the work of twenty-one Welsh, British and International artists. Twelve of these original works were specially commissioned to portray the spectacular landscape of the St David’s Peninsula and the Pembrokeshire Coast National Park. Sculptures decorate the large garden and paintings adorn the walls of the Oriel gallery lounge, corridors, lounges and the cosy Cornel bar. 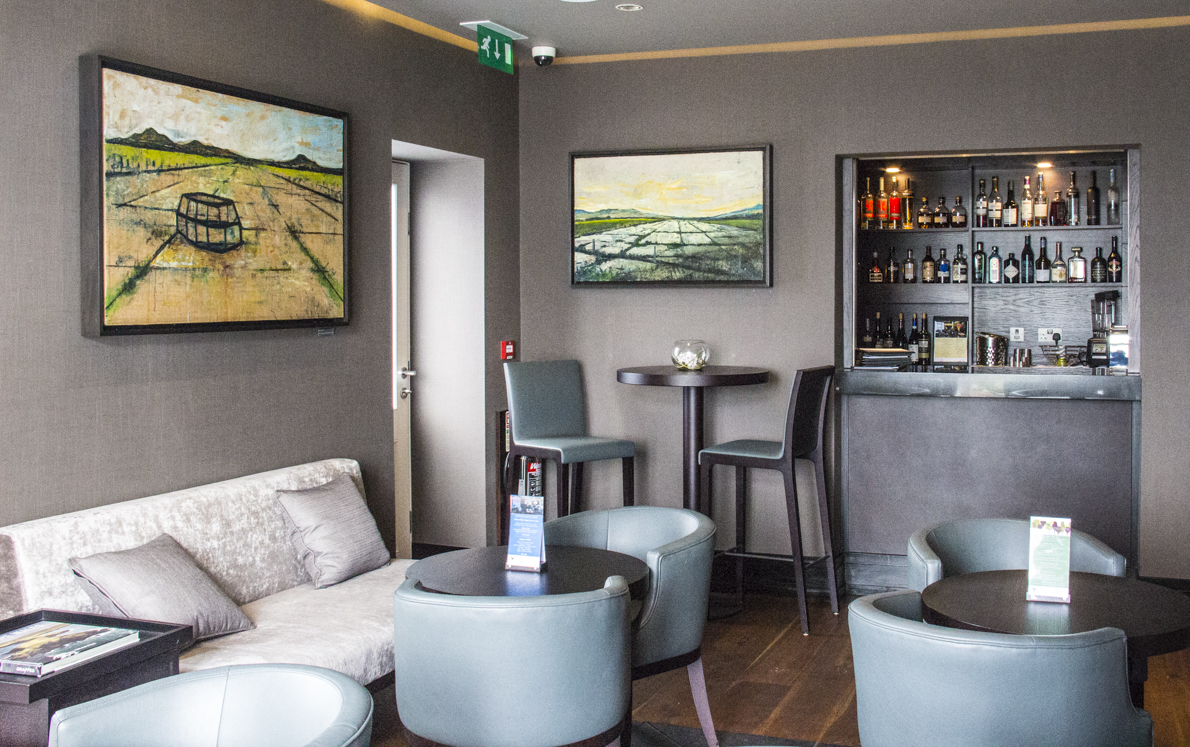 Twr y Felin is a combination of hotel and art gallery and the source of some interesting conversations while relaxing over a coffee in the lounge area. 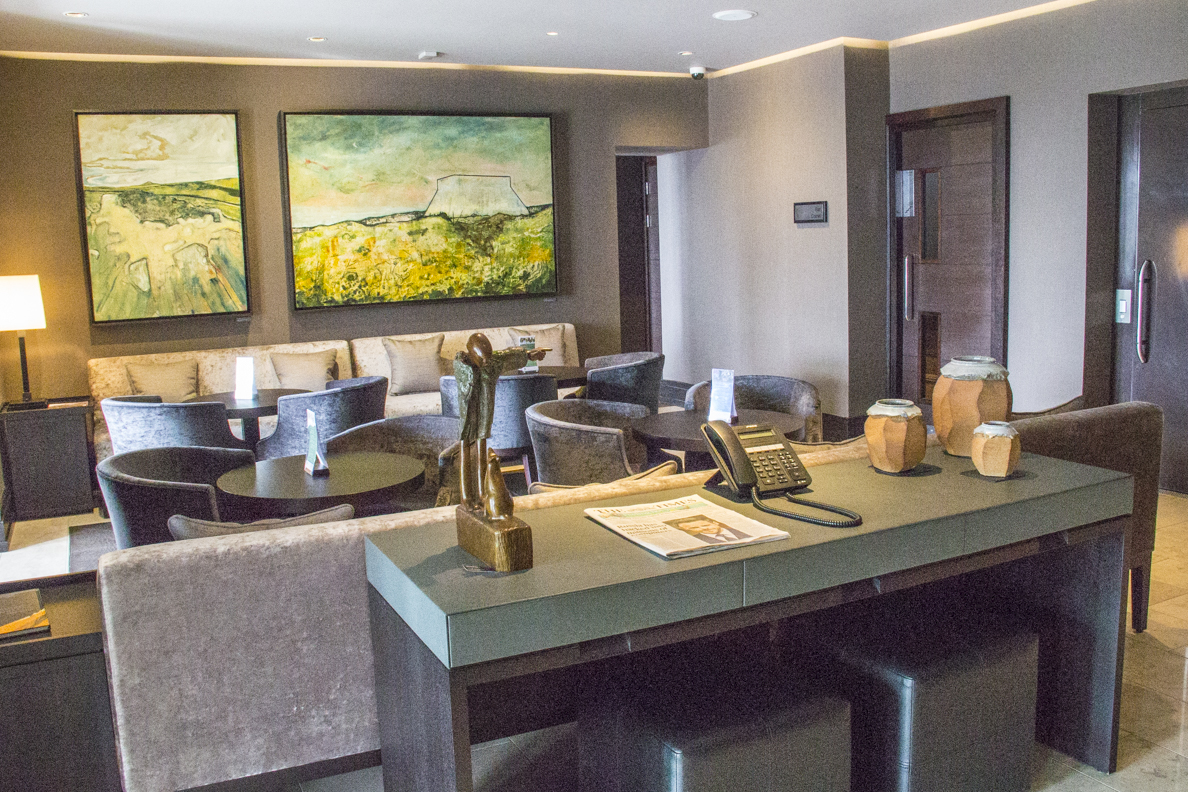 Blas Restaurant is also an integral part of the art gallery and has been cleverly designed to create the impression of space and privacy for its diners. I was warmly welcomed and shown to my table before being brought some warm rosemary bread accompanied by salted honeycomb butter. Irresistible. An amused bouche, a morsel of delicious belly pork, arrived while I deliberated over the menu. 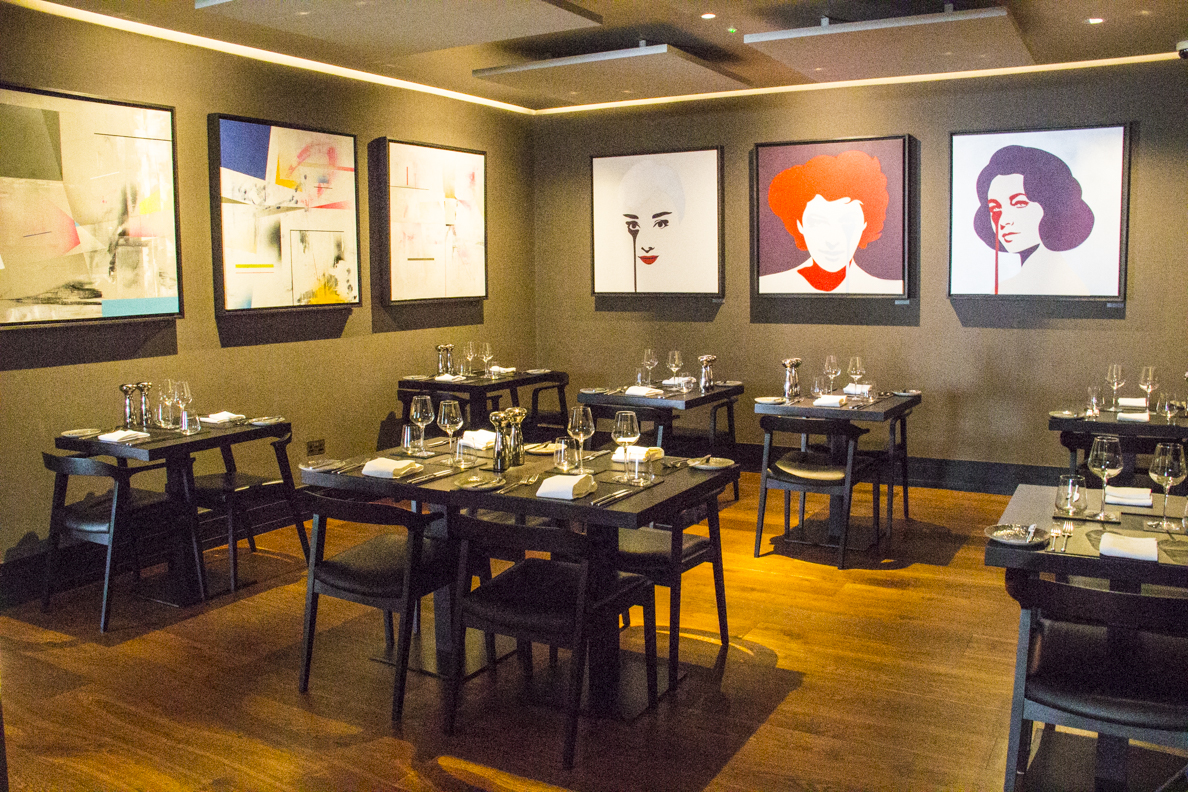 I was pleased to see that the menu featured a small number of choices for each course ensuring that each dish would be individually prepared. I still took a while to make my choices as each combination, sourced from local produce, promised to be delectable. Finally, I settled for a starter featuring fresh, local crab meat. Indeed, I had driven through the village of its origin, Solva, earlier that day. My starter was light and refreshing and the perfect prelude to my main course. 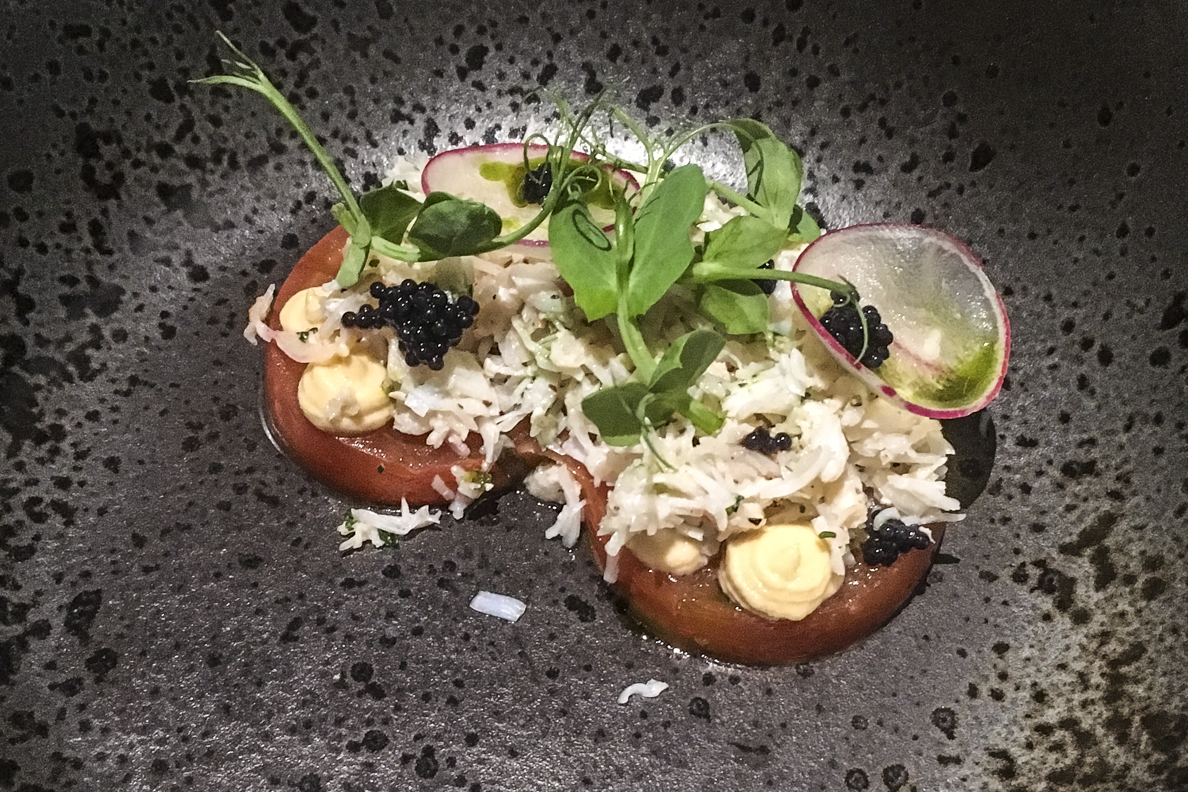 My halibut was perfectly cooked and definitely the hero of the dish (yes, I do watch Masterchef). My choice had been influenced by the unusual presence of cockles on a dinner plate. My last memory of eating cockles was as a child on a sandy beach in Kent. On that occasion they were presented to me in a paper cup. Elevated to the status of fine dining they were just as tasty. When my empty plate was collected I requested that my compliments be conveyed to the head chef, Simon Coe. There was no doubting the restaurant deserves its two rosettes. 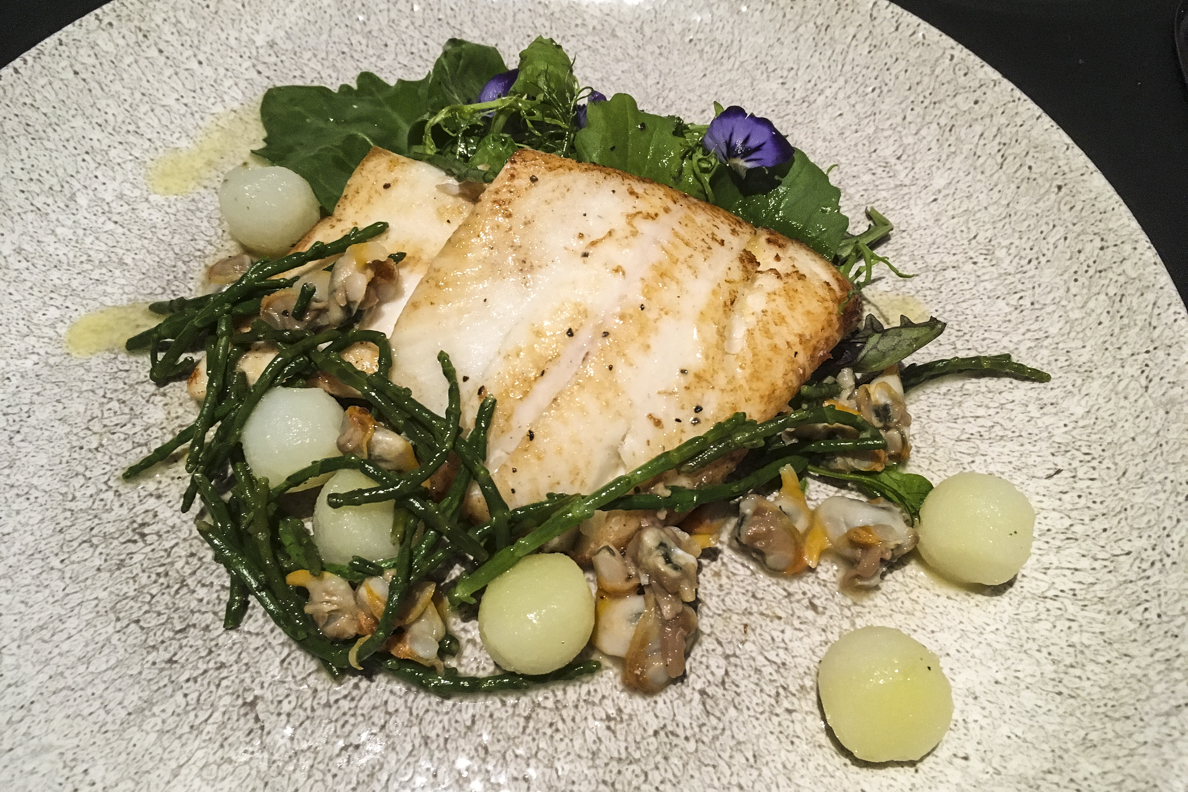 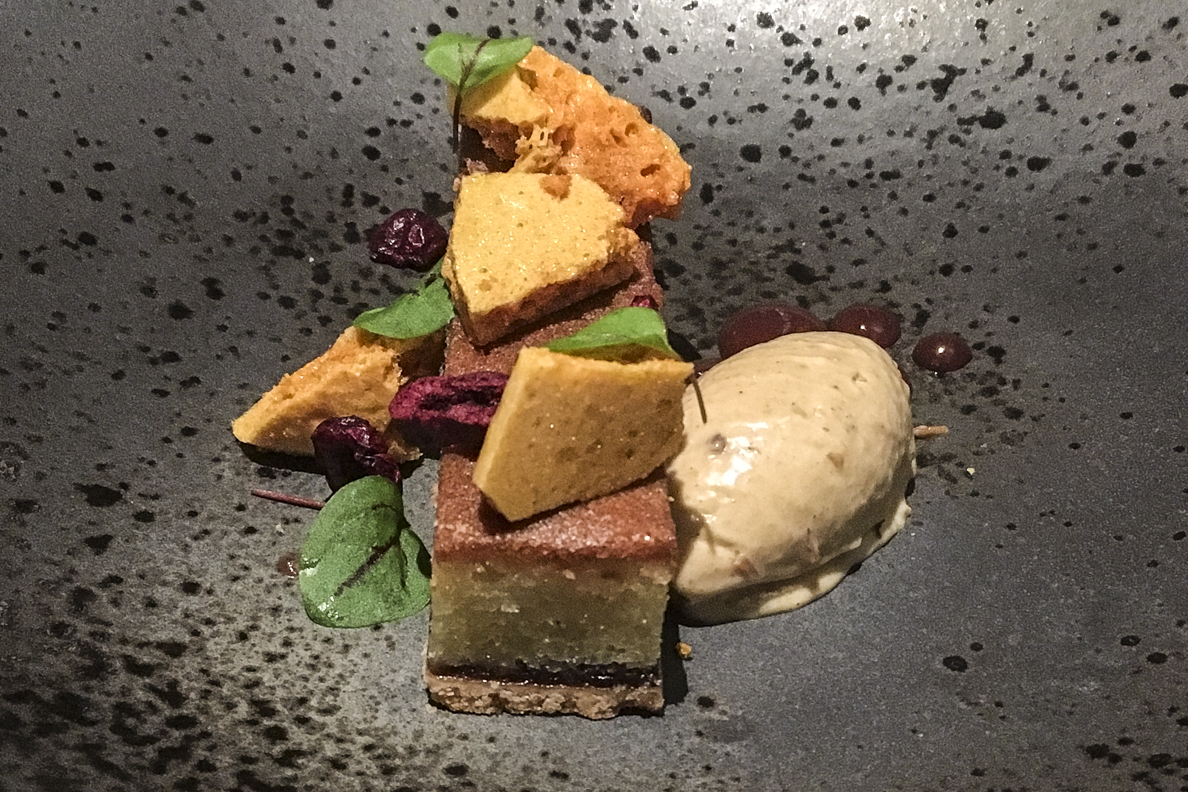 I have been travelling the world for the past twenty-two years and stayed in hundreds of hotels but I could not describe many of them, whatever their status as exceptional. Twr y Felin is, without doubt, an exceptional hotel.