Newport in Pembrokeshire, Wales stretches along the estuary of the Nevern River that goes down to the Irish Sea in Newport Bay. I started my walk around the town at the Iron Bridge and followed a very easy stretch of the “Pembrokeshire Coast Path”: https://www.nationaltrail.co.uk/pembrokeshire-coast-path that runs alongside the Nevern Estuary. The path is lined with trees on both sides with occasional glimpses of the estuary beyond them. As always in Pembrokeshire my walk was enhanced with the friendly greetings of passers-by. 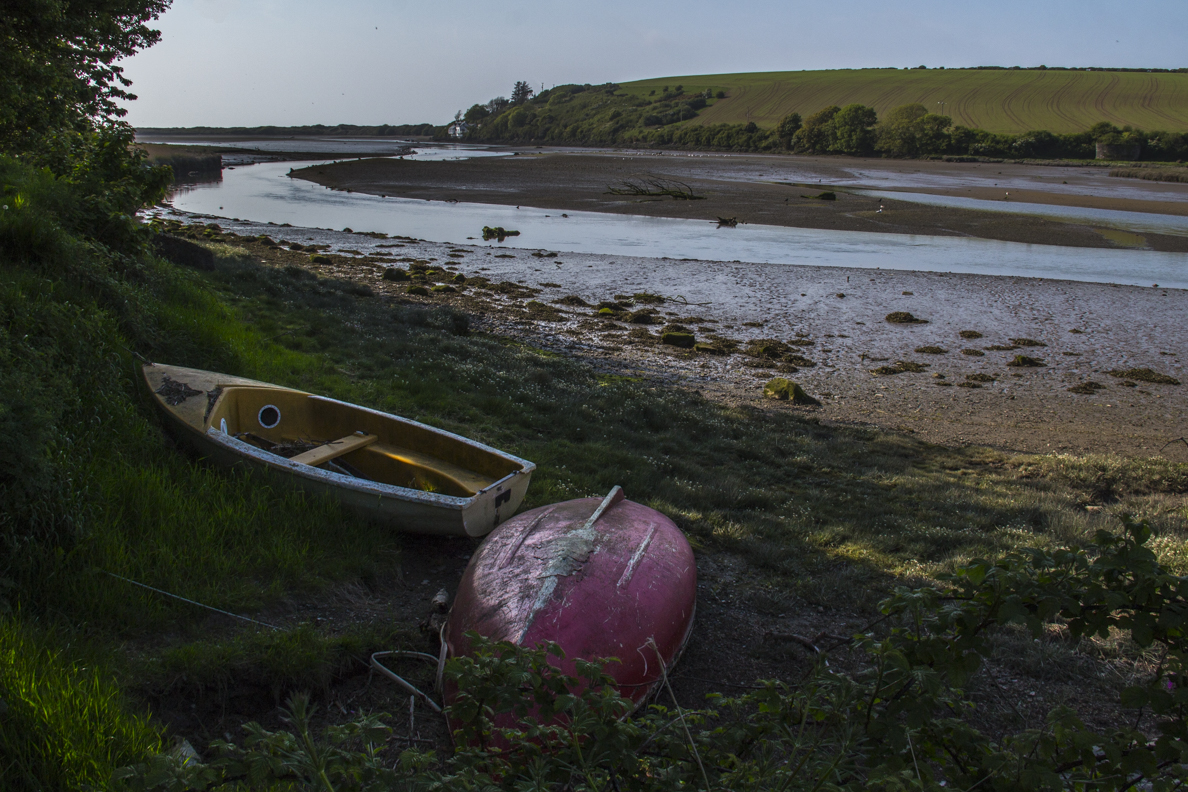 There are several roads that lead from the town to the Coast Path and I had chosen to take the road Feidr Pen-Y-Bont as it goes past Carreg Coetan, an exposed burial chamber. Dating from the Neolithic period (about 3500 BC) this burial chamber was excavated in 1979-80 and is located in a small enclosure in the Carreg Coetan housing estate. It consists of a large capstone balanced on two upright stones. The local people used to believe that this was King Arthur’s Quoit or tomb. But there are other similar sites that have made the same claim regarding this legendary figure. There is another one at Cerrig Y Gof within walking distance of the Newport Car Park. It is on private land and there is no parking nearby. 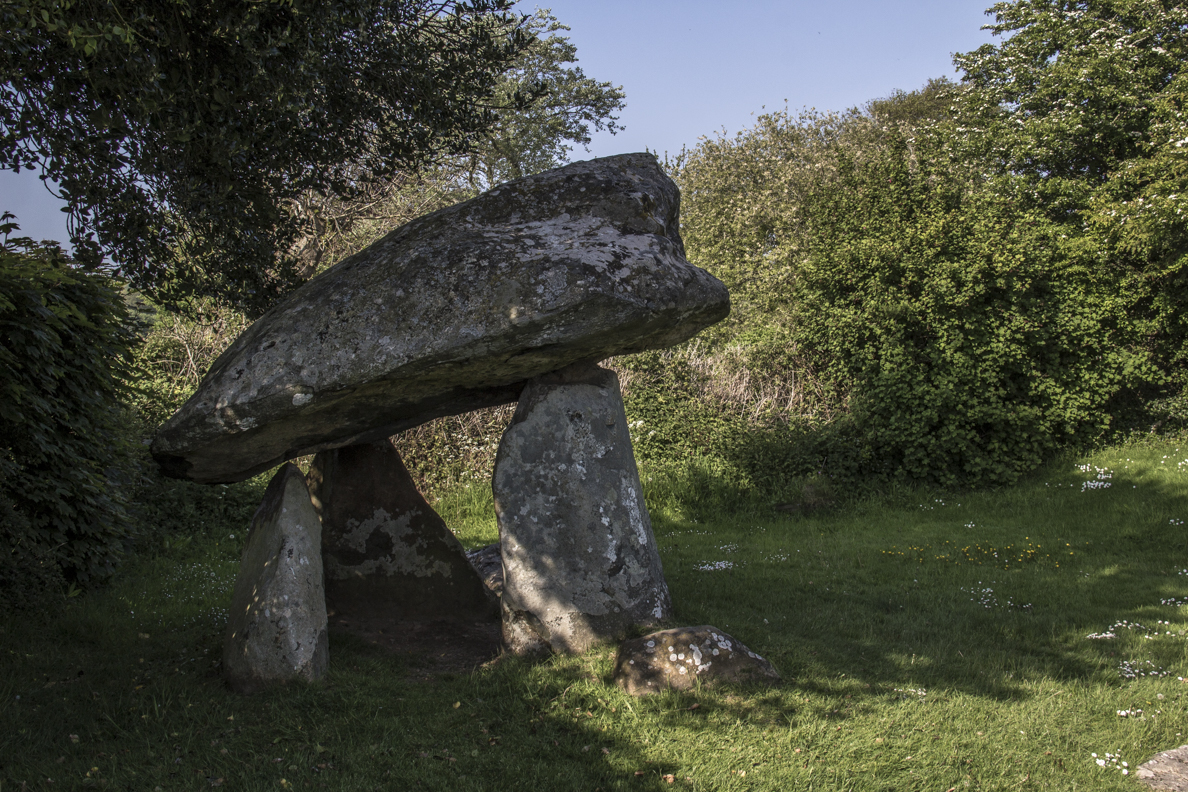 Soon after I started my walk I noticed an old lime kiln on the far side of the river. This is one of two kilns on the Nevern River in Newport. The second and larger of the two is at the Parrog and has been renovated. The limestone would have been brought down the river by boat to be heated in the lime kilns to produce the lime mortar that was used to construct the stone built houses in Newport. It is thought the one near the Iron Bridge was probably used to supply the farmers with lime for their fields and mortar for the farm buildings. 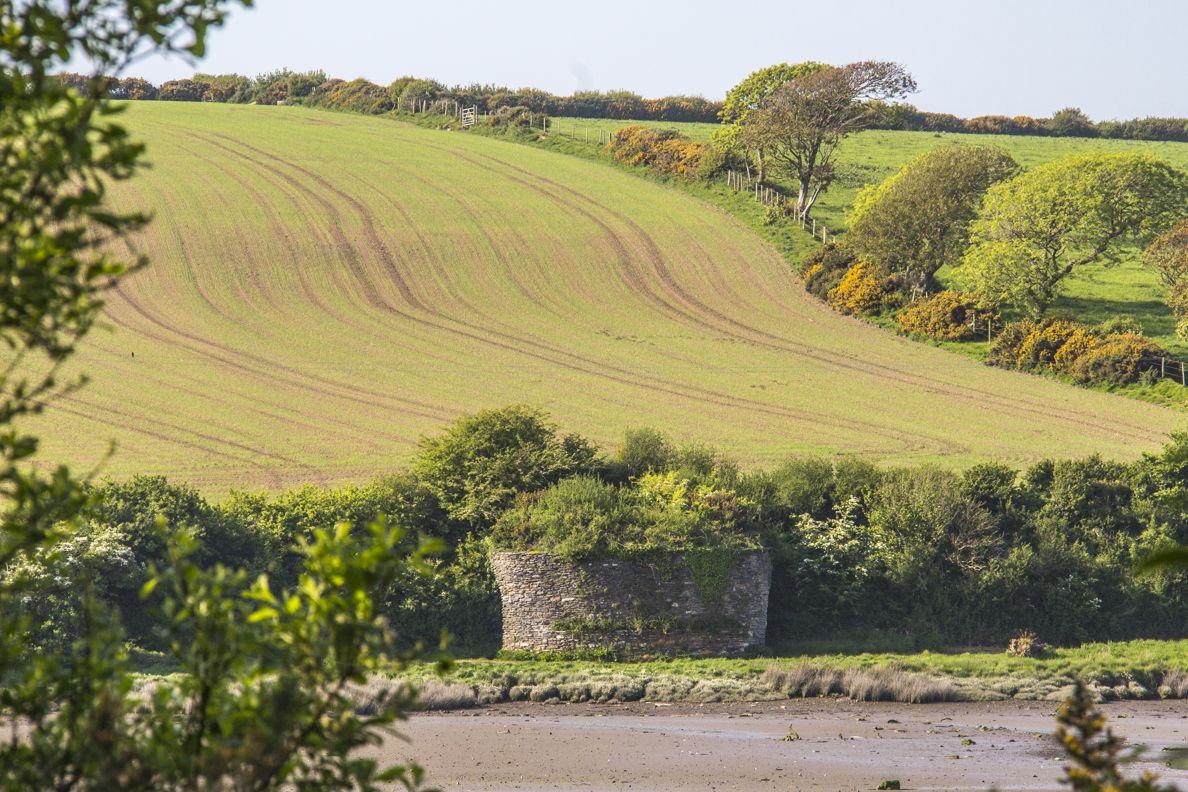 A little further along the Coast Path I passed a sign indicating that the grassy mounds behind this sign were the remains of the old castle of Newport or Hen Gaskell. This crescent shaped earthwork is probably the site of the first wooden stronghold of William Fitz Martin. There are more substantial remains of a stone Norman castle above the town. In 1859 the owner of the castle demolished one of the towers in the original Medieval gatehouse to convert the gatehouse into a three-storey private residence. There is no public access to these ruins. Some remains of the large ditch that surrounded the castle can still be seen today. 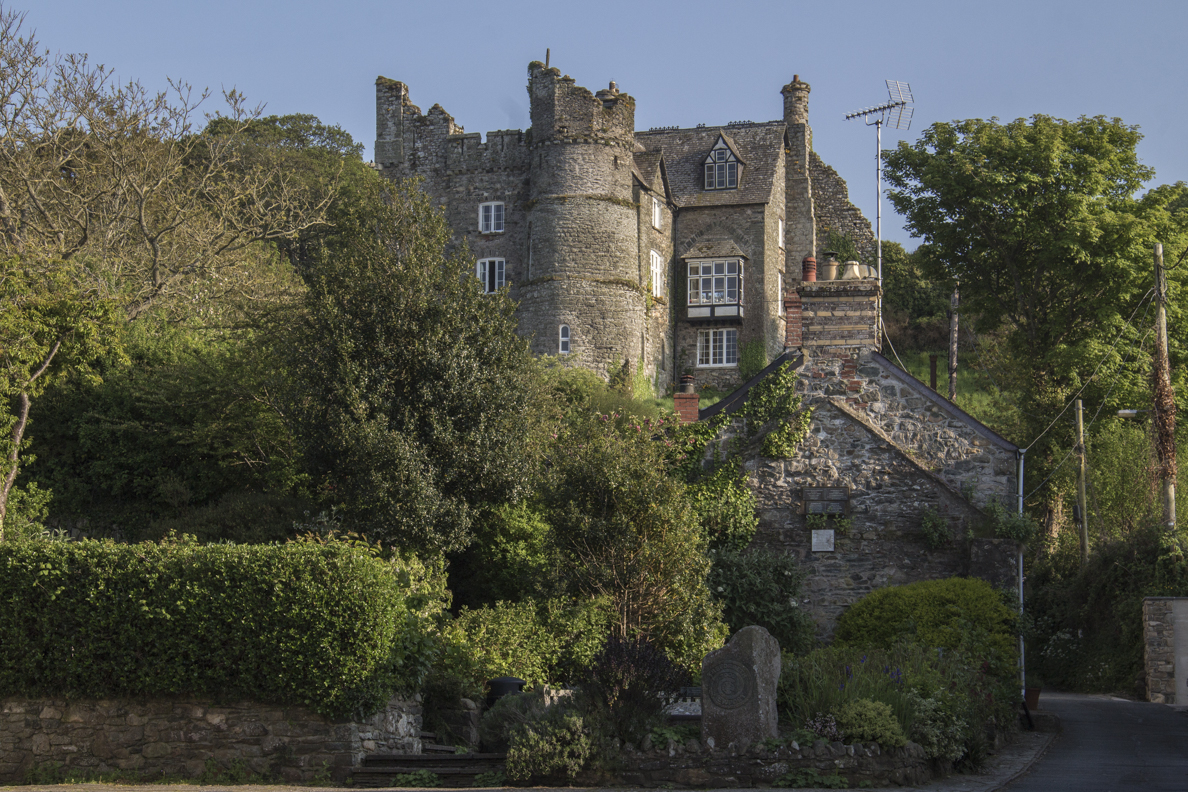 I left the Coast Path when it emerged at the Parrog. The Parrog was once the port of Newport and has a long history. When it was built around the middle of the sixteenth century this new port gave its name to the town. Today, the river is too shallow for any commercial activity but is viable for recreational and fishing boats. The historical buildings that can still be seen there include a lime kiln, a stretch of the original quay walls and an old warehouse that is now the Newport Boat Club. This warehouse is one of five that were built at the end of the eighteenth and beginning of the nineteenth century. The boat club features a bar for non-members so everyone can enjoy the views from its prominent position across the Parrog to Newport Sands beyond it. This sandy beach fringed with dunes can be reached by wading across the river by the Boat Club at low tide. 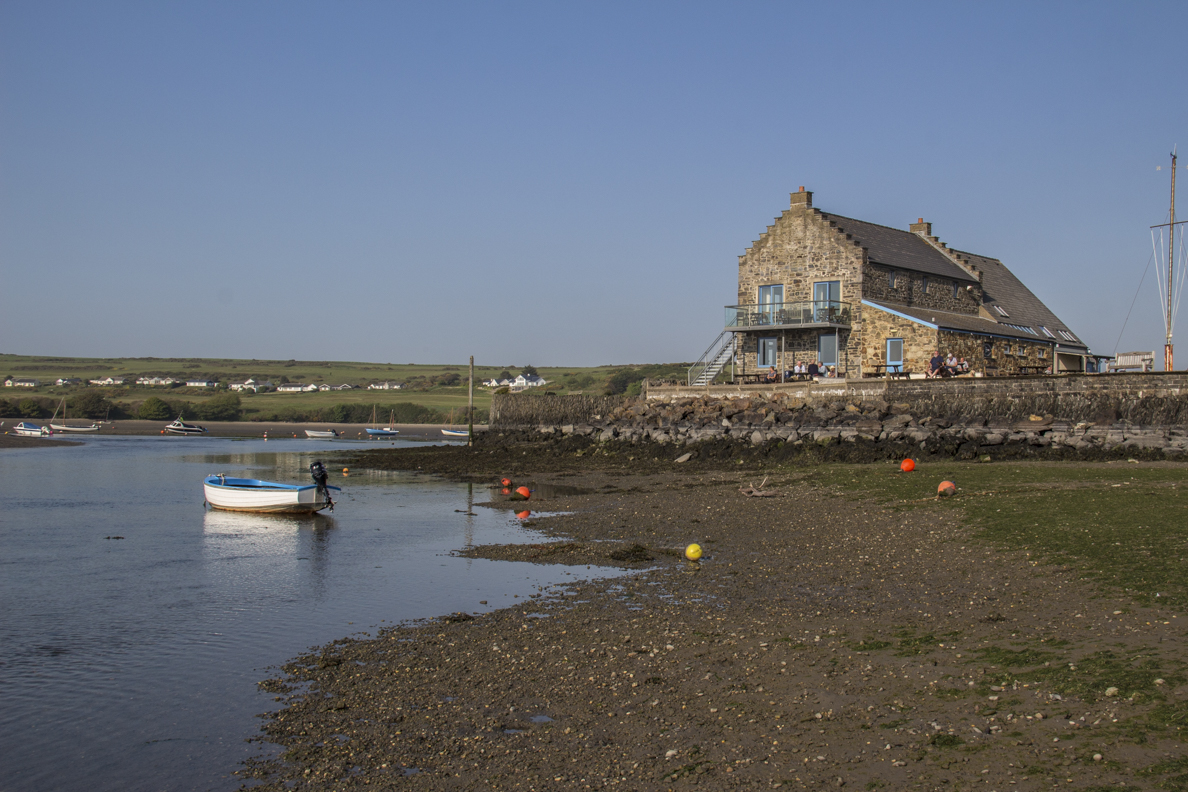 Turning away from the sea I followed the Parrog Road into the town centre. Along this road I found a selection of independent shops. My favourite was the Newport Collective which is run by local artists and craftspeople and features a diverse collection of their work. I also found an exhibition by the Pembrokeshire Craft Makers in the church hall of St Mary’s parish church. 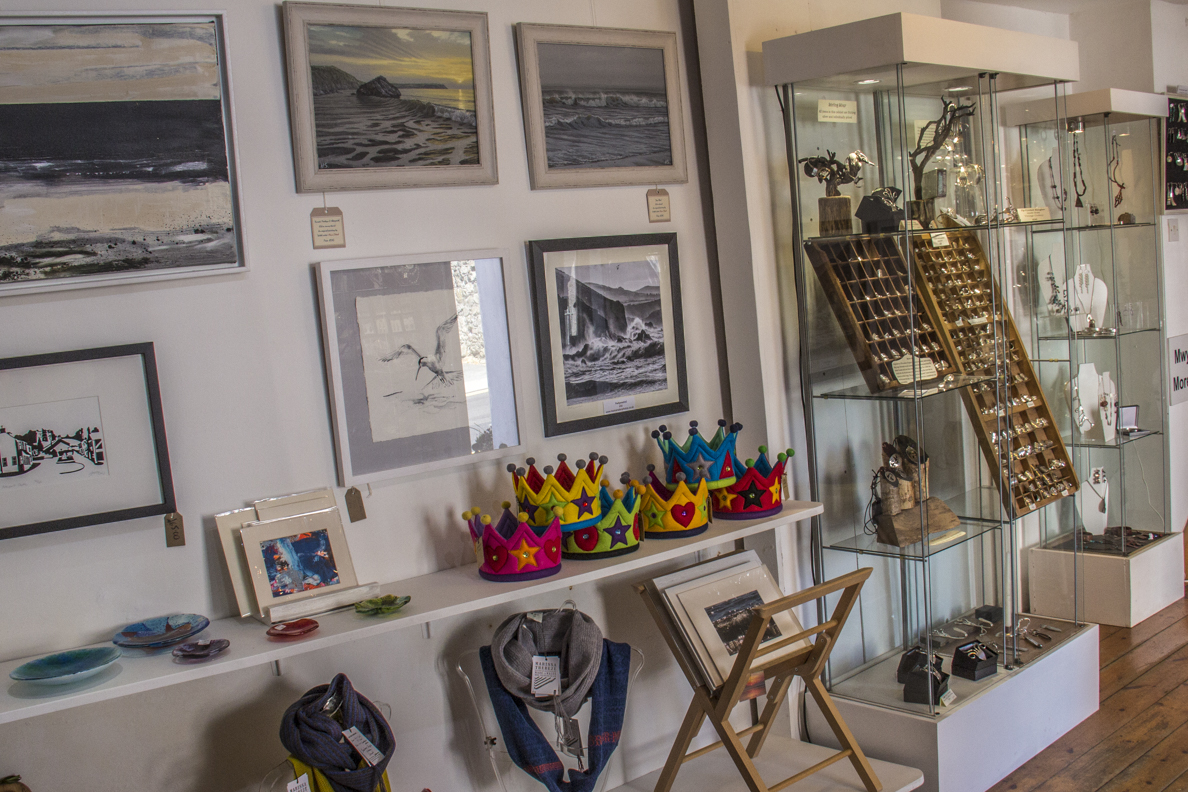 In the centre of the town I visited the parish church of St Mary’s a grade II listed building. The present church was built during the thirteenth on the site of a Norman church. Only the large, squat, Norman-style tower remains from this period as the church was enlarged in 1835. It was rebuilt and restored to its present state in 1879. 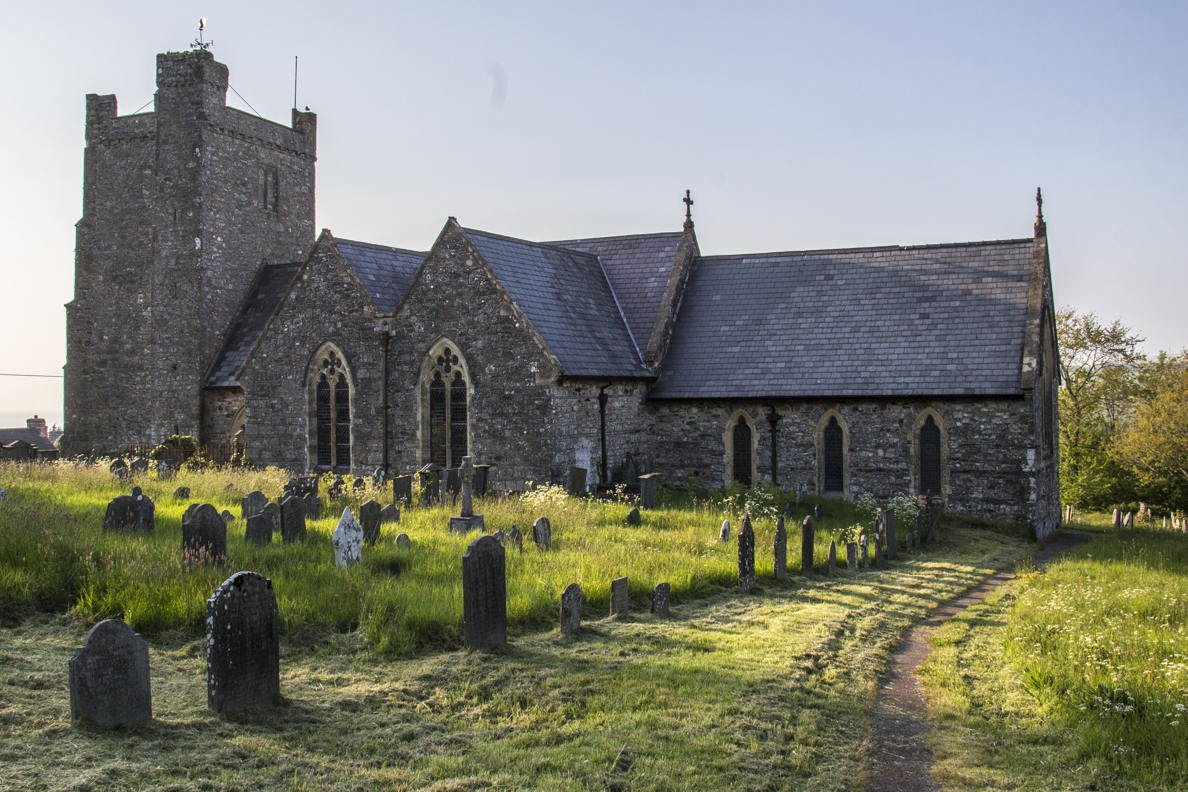 After leaving the church I walked back towards the centre of the town where I found a public garden with old millstone from Llwyngwair Mill. This Grade 11 listed building has been converted to a private residence just outside Newport. The pretty two-tiered garden was established by the Friends of Newport and Nevern in 1971. 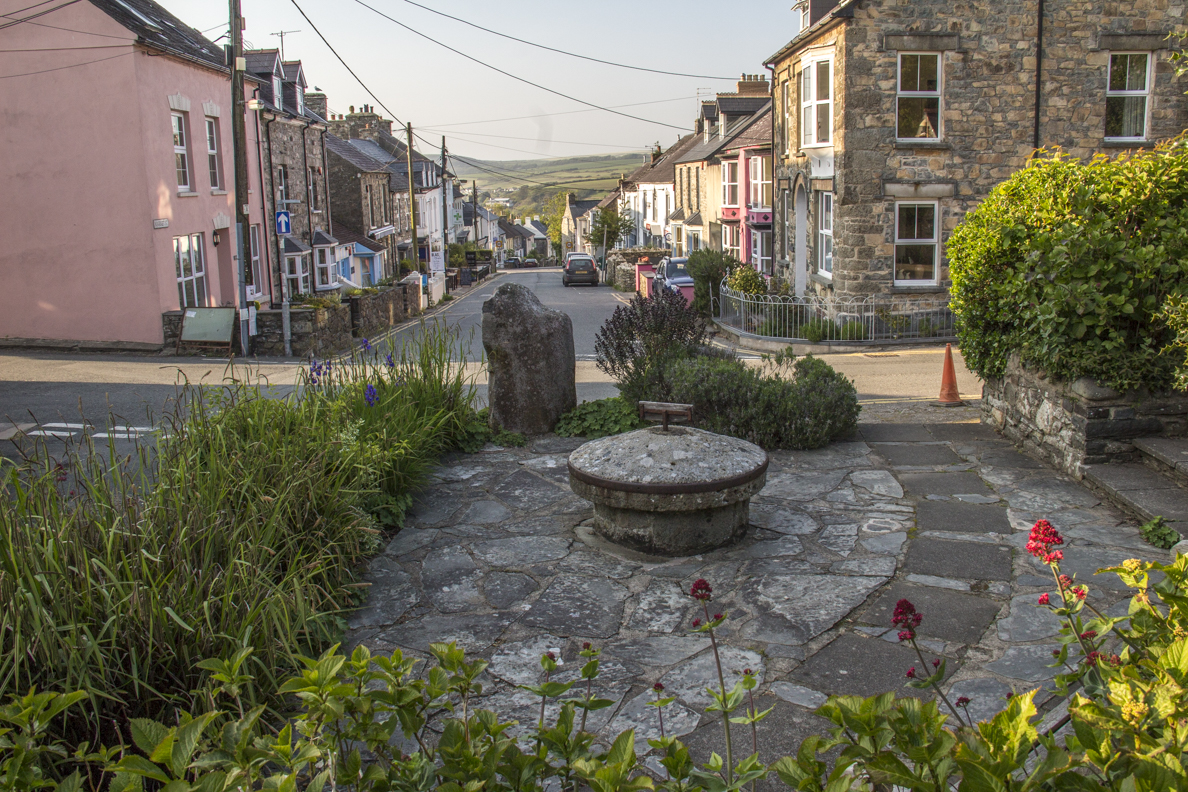 On Market Street I found a real treasure, Ty Twt a Dolls’ Houses and Toy Collection. This little, privately-owned museum features a dolls house representing every decade since 1840. It was established by Val Ripley and her sister (deceased) and features their private collection built up over a period of thirty years. The collection has an interesting history. When their father joined the army in June 1939 the family home was let and all their possession were put in store in London. After the war their toys were stored in the attic of their parents’ house. They were discovered after their parents died and sparked an interest in dolls houses and formed the basis of their collection which includes many different types of dolls’ houses. All of them are furnished in the style of the period. All different types of dolls houses including those for boys. In 2010 the sisters moved to Newport, where they had spent their childhood holidays, and opened the museum. The museum is privately funded. There is an entrance fee but it doesn’t cover the costs. Volunteers help to run the museum which is only open in the summer during the school holidays. The museum has become very well-known and attracts visitors from all over the world. I was enraptured – the detail of the houses and their contents is incredible. 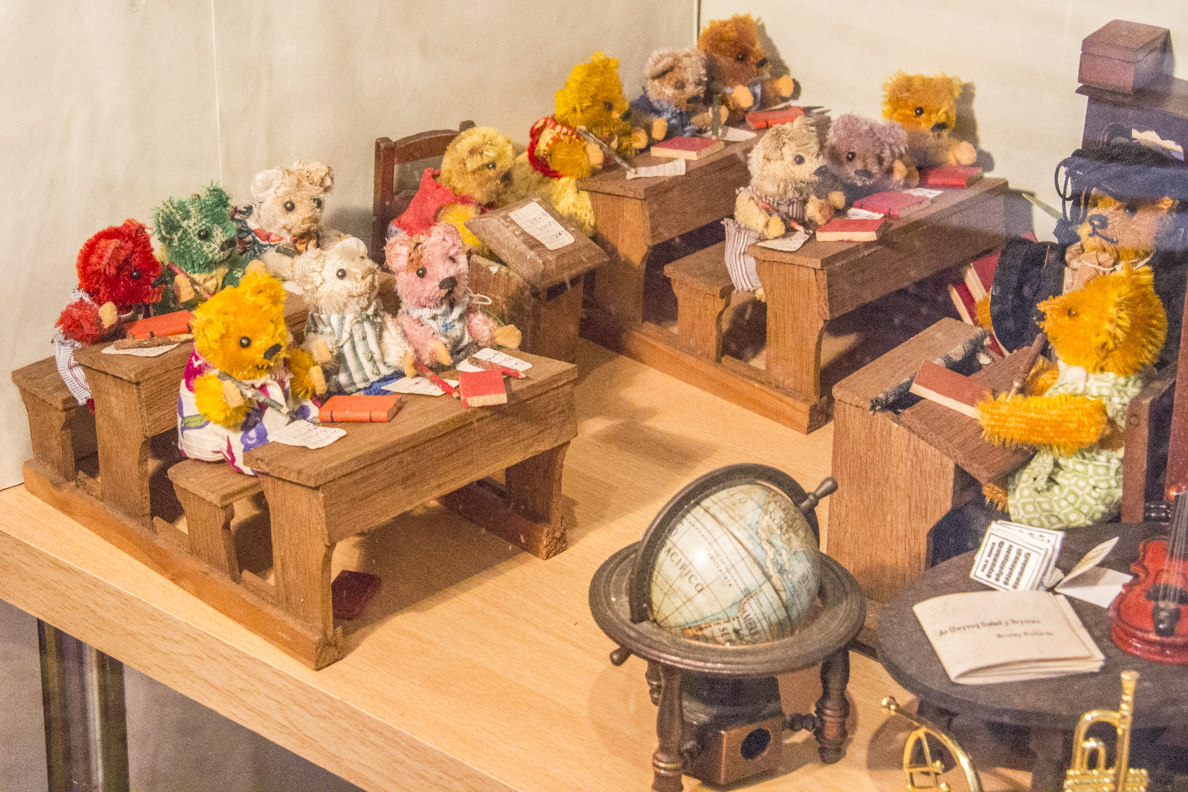 After my wanderings I was ready for a break and was lucky to find a table in the back garden of Blas at Fronlas a very popular café in the centre of the town. From a menu featuring home-made food using local produce I selected the soup of the day – tomato, red pepper and coconut soup. It was delicious and I felt very relaxed sitting in the shade listening to the hum of conversation around me. 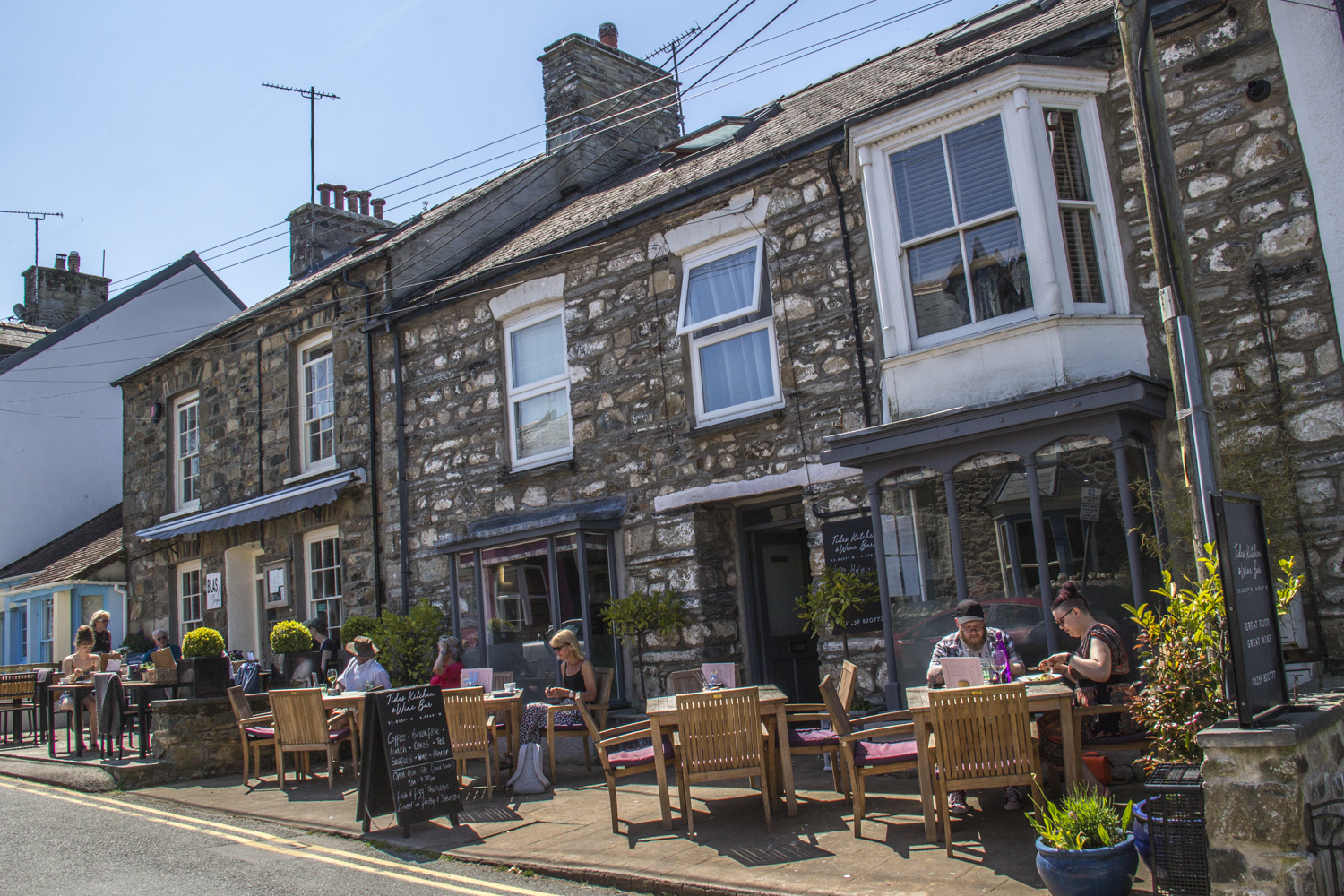 Later that day I re-visited the estuary and was pleased to see the tide had come in so I spent some time on the Iron Bridge watching the geese scurrying out of the reach of the incoming water. It was a lovely memory to take away with me. 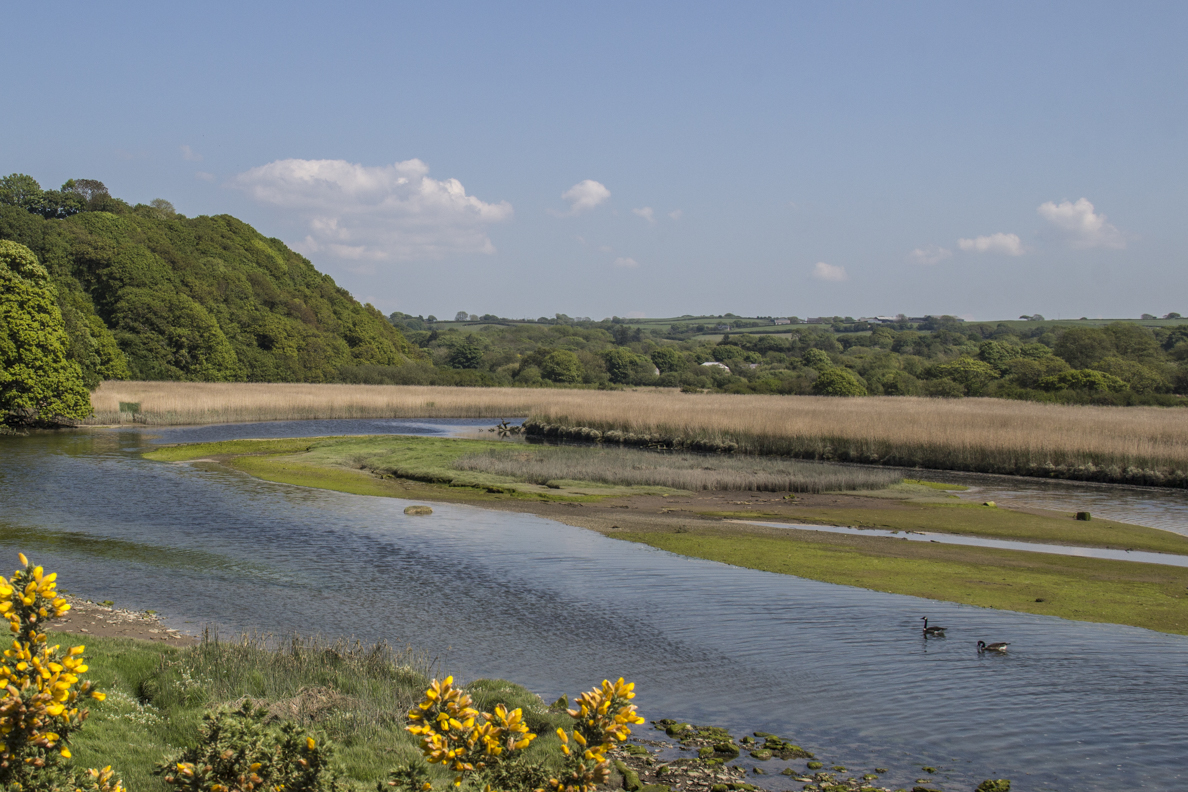 While I was in Newport I stayed at Llys Meddyg a short walk from the town centre and a section of the Pembroke Coast Path. This beautifully converted Georgian townhouse offers luxury accommodation and a variety of dining options in the summer and fine dining in their cosy restaurant throughout the year.