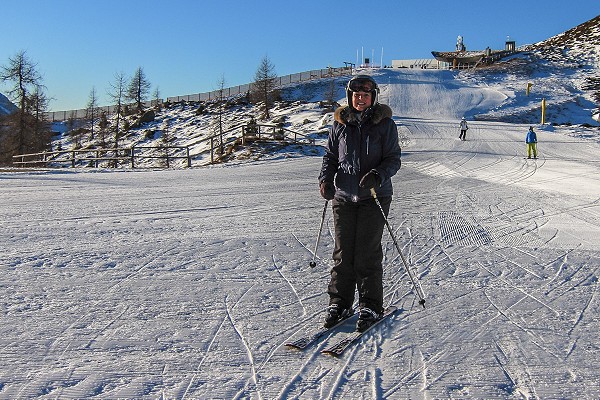 Skiing is a passion of mine but when faced with the need for a total replacement of both knees a major concern was whether or not I would be able to ski after surgery.

I balanced the possibility of a few more years of pain-ridden skiing shored up by knee supports and fuelled by pain killers against two other options – pain-free skiing or no skiing at all. My surgeon, Professor John Skinner, had said there was no reason why I should not be able to ski again. This suggested the technology was in the artificial knees and the rest was down to me. After undertaking some prehabilitation  followed by extensive rehabilitation including physiotherapy specifically aimed at getting fit to ski I was ready to have a go. 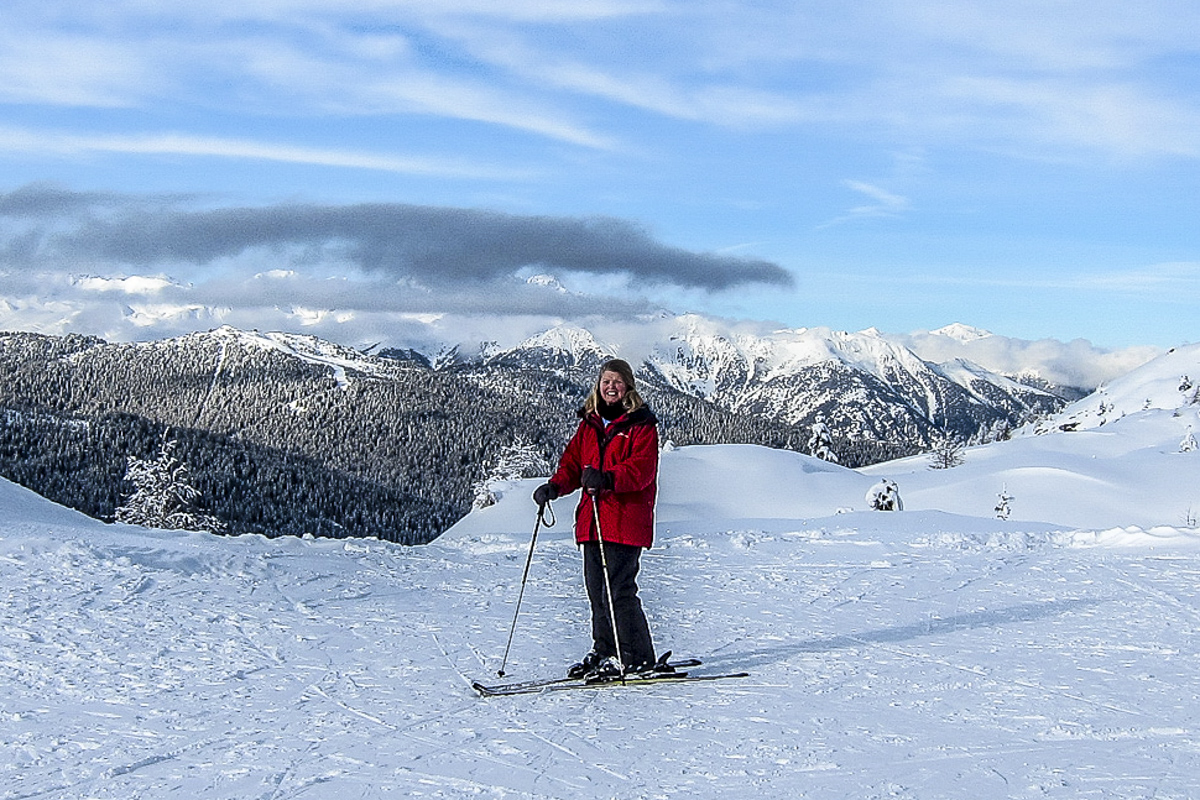 It had not been difficult to persuade myself that I should have a holiday in Madonna di Campiglio to ensure that I could ski well enough to lead a skiing group at Christmas. Friends and relatives expressed surprise and concern when I began planning this for early December - just seven months after a total replacement of both knees in the same operation. I love skiing and for the past seventeen years I had skied for several weeks every winter. Improved equipment requiring different skills meant skiing was no longer the threat it had once posed to the knees. Fifteen years earlier following the reconstruction of my right knee my GP at the time had positively forbidden it. So I changed my GP and signed up with a doctor more sympathetic to my lifestyle. A lifestyle that involved leading groups on ski trips. By the time that first winter arrived I had been successfully leading walking holidays in the mountains so I was reasonably confident all would be well. Nevertheless, I did make sure I had my final review with my surgeon before setting off. He agreed with my diagnosis that I was ready to ski - necessary for insurance purposes particularly as I would be working. 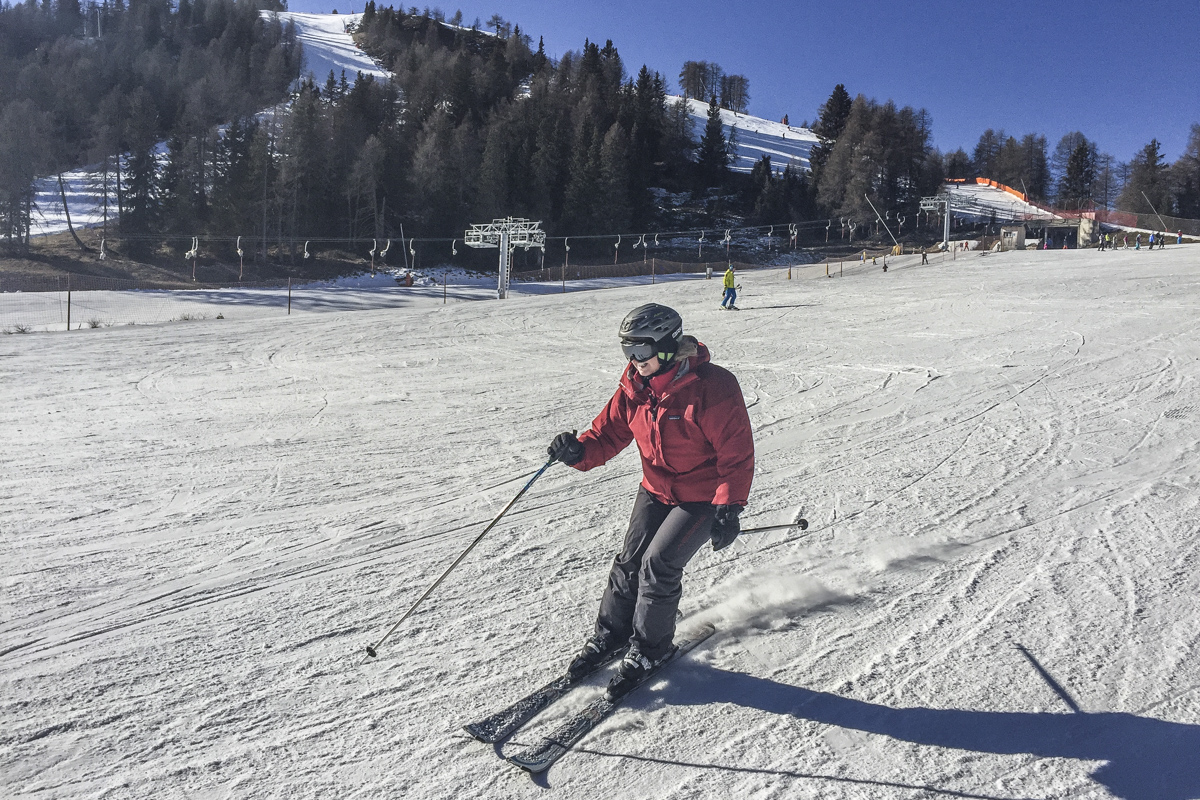 My first challenge was walking in ski boots. I had already practiced at home but wall to wall flat carpeting is not quite the same as slippery snow clad paths and car parks. Fortunately, my hotel ran a shuttle bus service and with four different points of access to the slopes I was able to choose one that only involved a short walk to a cabin lift. This cabin would take me to the top of an easy blue run. Ski Day, and my ultimate goal, dawned clear and bright in early December 2013. Fresh snow glistened in the sun on the peaks above me. Tiny flakes of silver rain drifted around me in the fresh, cold air. It felt so good to be back. I waited until the slope below me was empty - just in case. It was amazing how quickly it all came back to me and I glided to the bottom as though I had never been away. It was just how I imagined it would be. The only difference between now and the last time I skied was the lack of knee supports, pain killers and pain.  After skiing I still had enough energy to go for a walk - it was so nice to be able to keep going all day again. 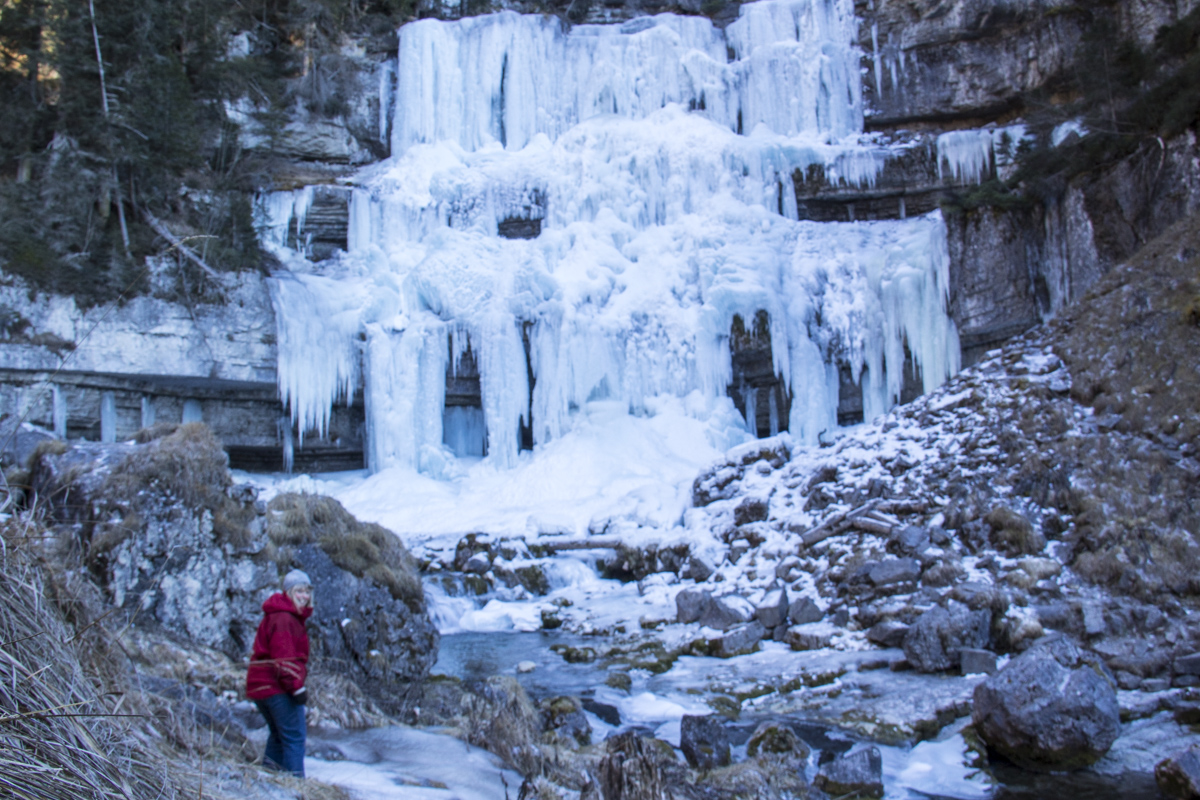 That first day, having told myself very firmly that I must stick to easy blue runs that first day I soon got bored and began to consider tackling an easy red run. But another doubt had crept in - what would happen if I fell over? Of course, while distracted by the idea I might fall over inevitably I hit a mound of soft snow which resulted in a spectacular face plant on the piste. No harm was done but it was a huge boost to my confidence getting that first fall over and emerging unscathed. My ski instructor was always reminding me that I should concentrate just as much on the easy runs as I did on the more difficult ones. I decided it was time to tackle a more difficult run and spent the rest of that day on some easy red runs. A day later I skied an easy black and I have never looked back since. In fact, my skiing has got better and better since I had surgery. Since that first winter season skiing on my new knees I have skied every year and my skiing as improved beyond my expectations. The highlight for me was a two-hour lesson skiing only black runs. My ski instructor, who I have known for many years is not aware that I have had both knees replaced so he makes no allowances at all. It was a proud moment for me when we flew down the steepest run in the resort and I was matching him turn for turn. 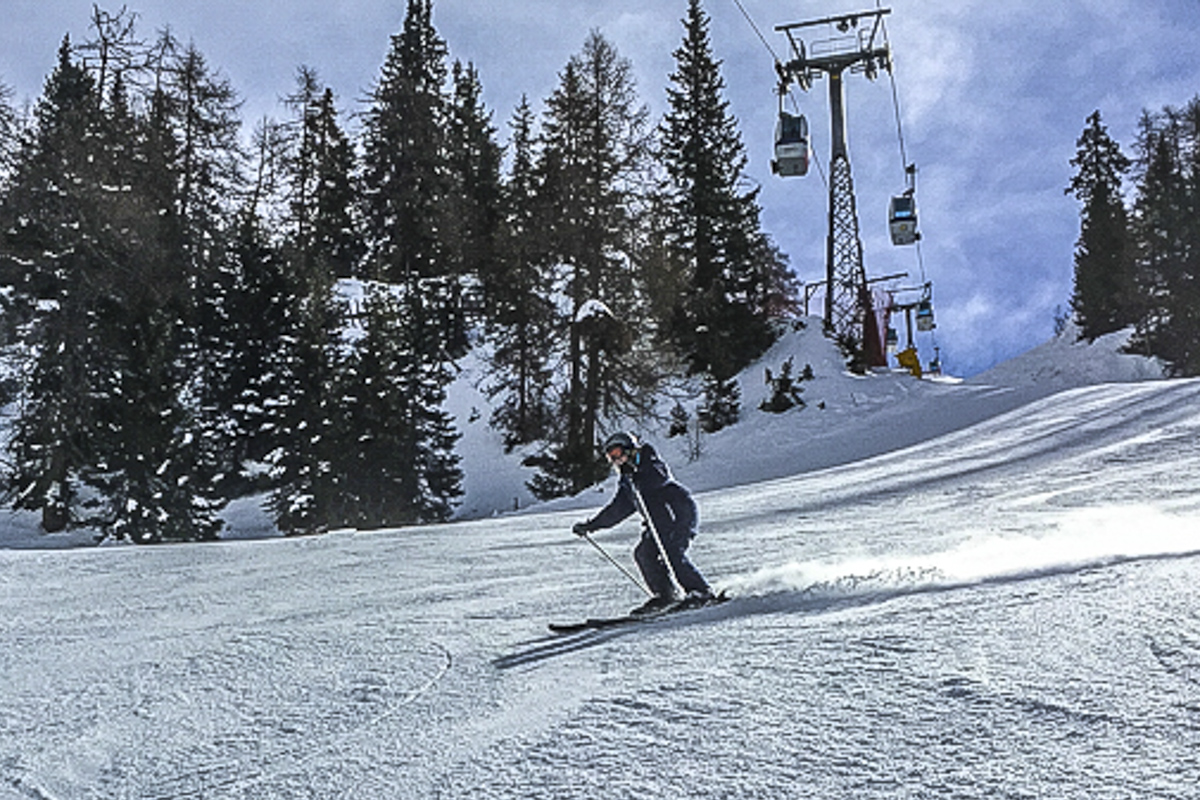 I was now very confident regarding my first ski trip as a tour leader following my knee surgery. This was a Christmas trip in the Val di Sole also in the Italian Dolomites. We stayed in the little village of Dimaro and had to take the ski bus to the slopes every morning. Although I was happy walking in ski boots it was easier to leave them at the ski hire shop with my skis. It was during the trip that I discovered I could run on my new knees. While we were waiting for the bus I realised I had left my mobile phone in my room. I raced back to the hotel and retrieved it. As I emerged the bus arrived at the stop some distance down the road. I had to catch it as it was a long wait until the next one. I began to run and despite shouted assurances from my group there was no hurry as the bus would wait I kept running – just for the sheer joy of being able to do so. That week was fun and very relaxing. 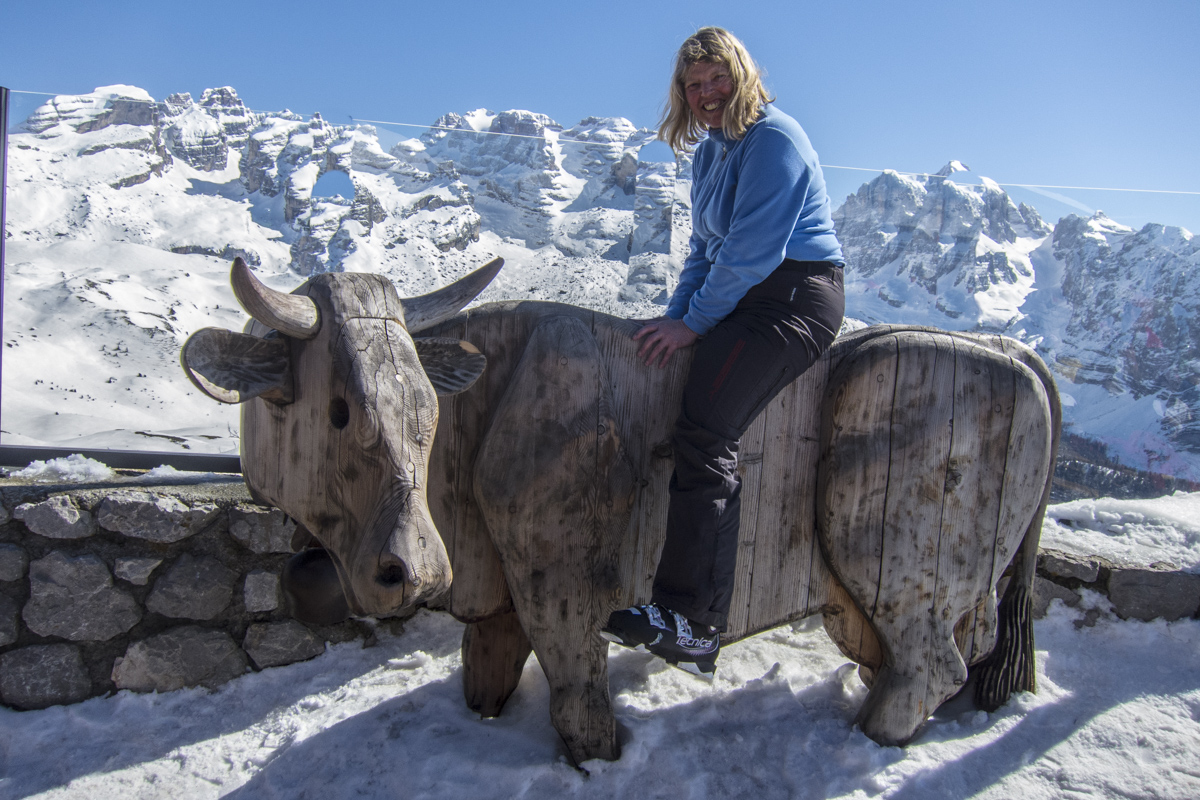 While away over Christmas my boss called to see if I could take on a New Year trip in Les Diablerets, Switzerland. It would be a quick turnaround but I was excited at the thought of more skiing and agreed immediately. The resort of Les Diablerets is very spread out with three separate ski areas but this did not worry me at all. The day we skied on the glacier I walked up several flights of steps, in my ski boots, to enjoy the view point from the very top of the mountain. Steps had never been a problem for me and now I discovered they were just as easy in ski boots. Exalted by all my minor triumphs that winter I would often take time out just to be thankful that my surgery had been so successful. And more was to come as I became more adventurous. 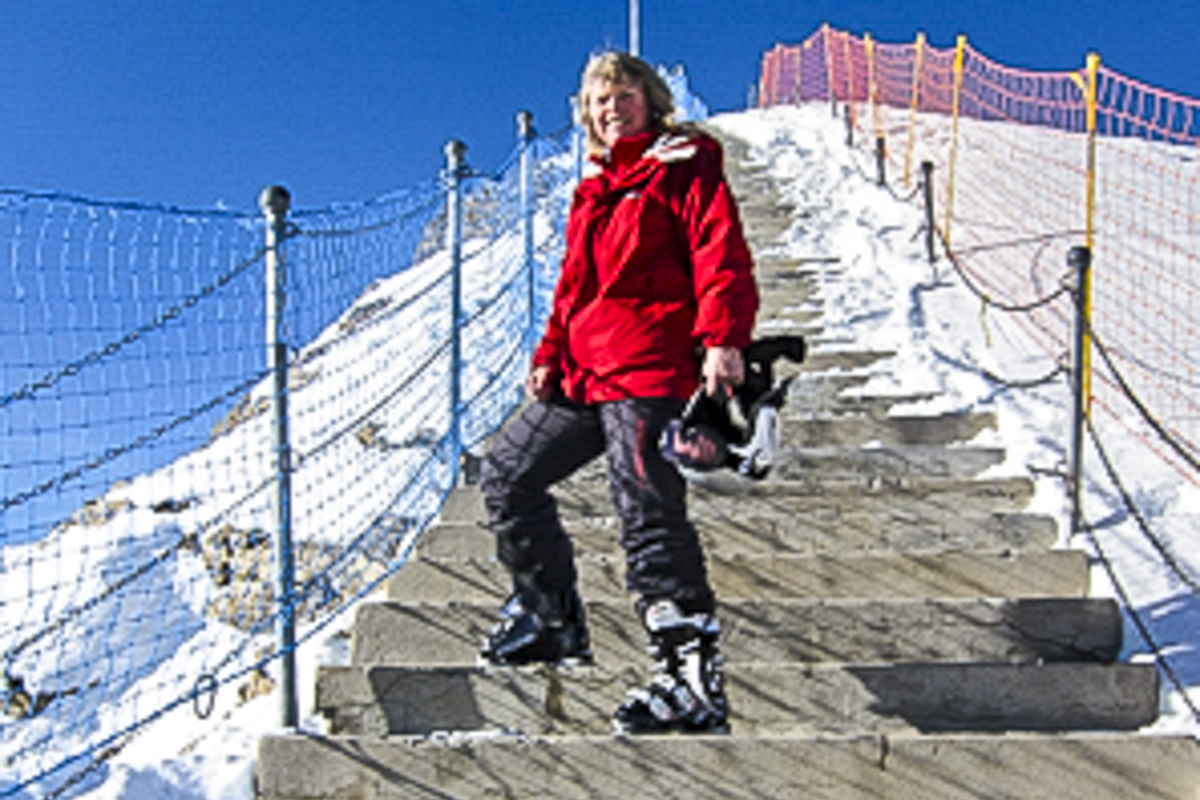 An Adventure in the Wilds of Finland

Snow shoe walking, cross-country skiing, sledding, tobogganing and snowmobiling and dog-sledding were all on the menu during a crazy week in the snow around Lake Lammasjärvi in Finland. And I had a go at every one of these activities. Some were more successful than others. While snow shoe walking I attempted to take a short cut through the trees and floundered in deep snow before falling over.  Our guide was not amused as his instructions had been explicit - to follow in his footsteps.  I was able to extract myself without any assistance. 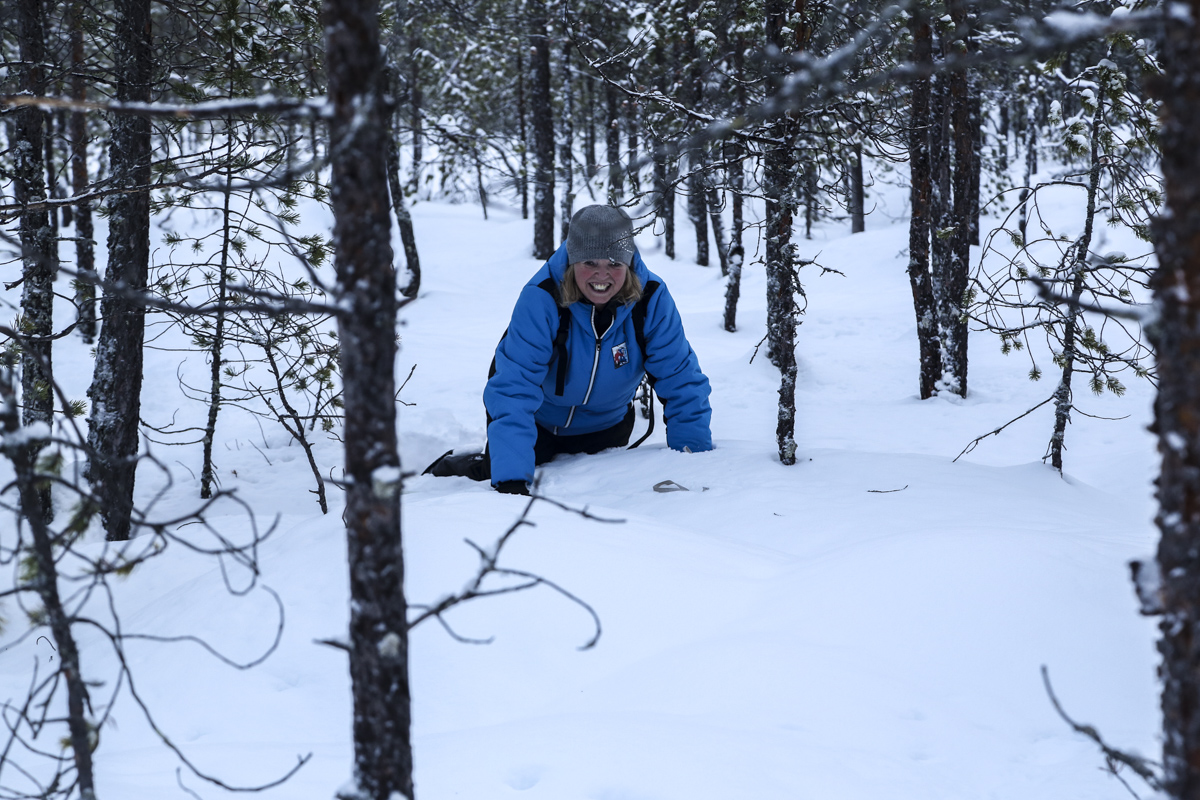 Snowmobiling across the frozen lake was brilliant but I veered off the narrow bumpy track through the trees and had to be rescued. But, best of all was the dog sledding. I had had opportunities to do this before but had always declined on account of my failing knees. Now it was time to step up to the ultimate test of my new knees and my confidence in them. They passed with flying colours as we raced through the trees with be balancing on the thin runners that bumped and bounced over the forest floor. 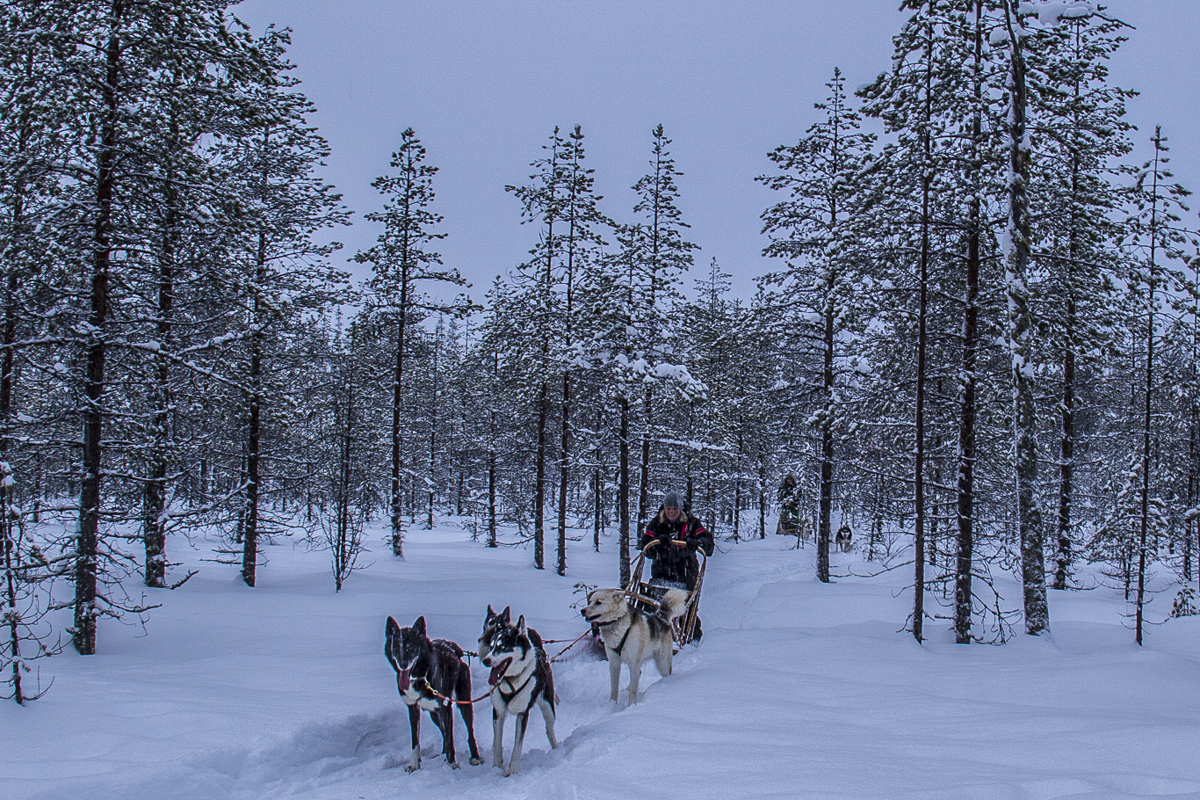