Staycations by the Seaside in Britain

Great Britain has some lovely traditional seaside towns but beyond the sea and sand are some real treasures also worthy of a visit. Here are some of my favourites.

Extensive medieval town walls separate Tenby on the coast of Pembrokeshire in Wales from its four glorious, golden beaches. All that remains of the castle that was once encircled by these walls are the ruins on the top of Castle Hill. This hill is also home to the Tenby Museum and Art Gallery. In the Story of Tenby Gallery visitors can learn about Henry Tudor’s legendary escape from the town, read about the decline and growth of the town as a resort and uncover Tenby’s exciting involvement in the preparations for the D-Day landings during World War II. During the summer ferries and pleasure boats regularly cross the sea to Caldey Island where the wildlife includes seals and puffins. Tenby also boasts a second island, St Catherine’s Island which is accessible on foot at low tide. The defensive fort built on this island has had an interesting history. Its canons became obsolete before they were fired, one owner went bankrupt, another made an unsuccessful attempt to build a zoo there and now the new owners are trying to revive its fortunes by converting it into a museum and events venue. Inshore the Tudor Merchant’s House offers a fascinating insight into the life of a wealthy merchant during the time of the Tudors. 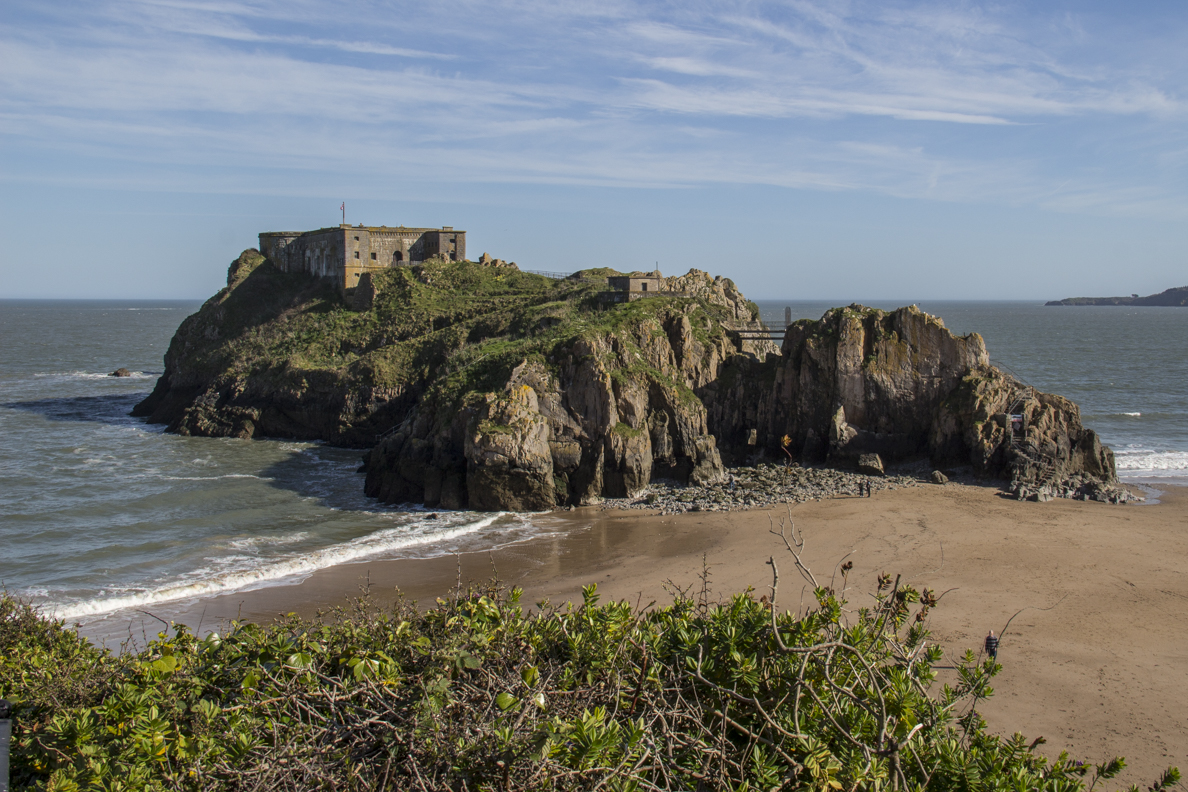 Aldeburgh in Suffolk is famous for its extensive pebble beach, great fish and chips and the controversial Scallop, a huge metal sculpture by Maggi Hambling. Two interlinked stainless steel scallop shells were intended to be a dedication to Benjamin Britten. It was placed on the wild, windswept beach that inspired this famous composer. Some think it should be removed and some consider it one of the best sculptures in Britain. Whatever visitors may think of the Scallop there is no doubt that Benjamin Britten brought fame to Aldeburgh and the house he occupied here, the Red House, is open to the public. The beautiful Moot Hall, one of the most important timber-framed public buildings in England, is also open to the public as it is occupied by Aldeburgh Museum. At the other end of the beach is a Martello Tower masquerading as a hotel. The path to this tower passes between the sea shore and the River Alde. This path is busy in the evenings as locals and visitors congregate there to watch the sun dipping below the horizon beyond Aldeburgh. 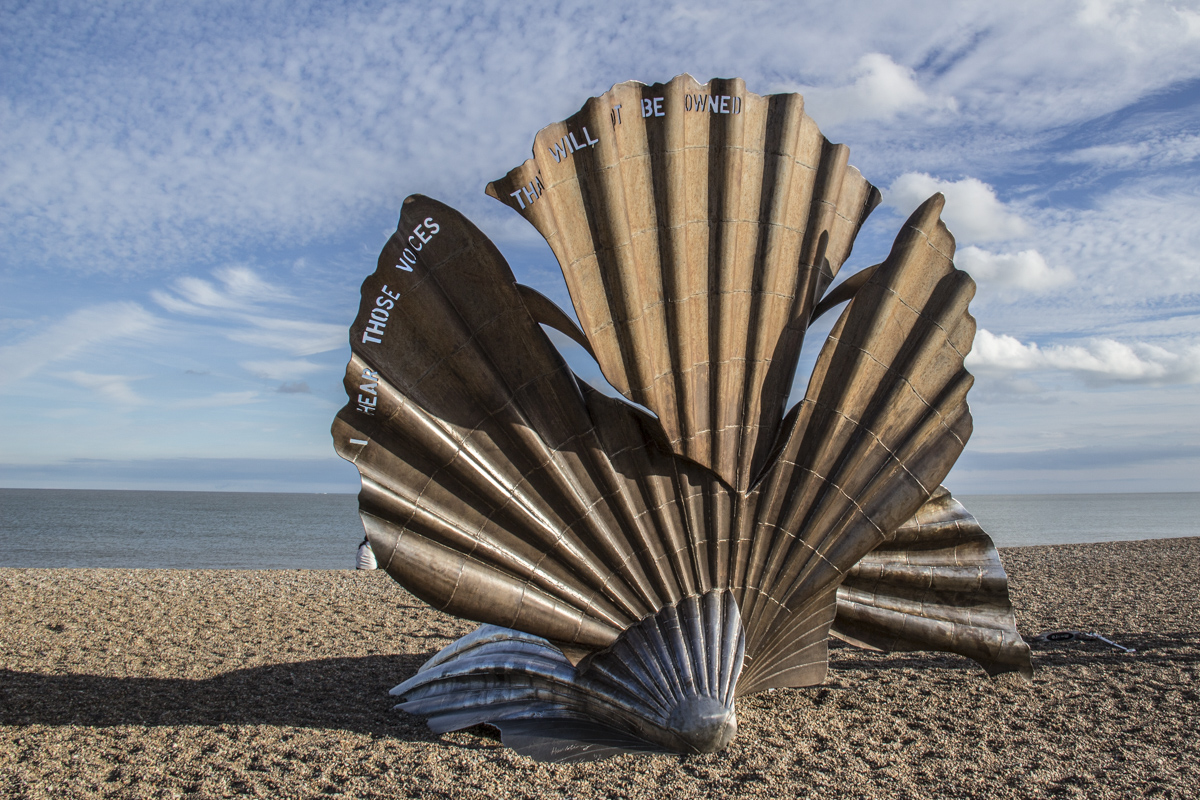 Scallop Sculpture on the beach at Aldeburgh, Suffolk, UK

King George III began visiting Weymouth in 1789 having declared on this first visit he had “never enjoyed a sight so pleasing.”  During his reign fresh air and bathing in the sea became recognised as being beneficial for good health and a cure for tuberculosis. A replica of his bathing hut is displayed at the far end of the wide Esplanade that runs alongside an extensive sandy beach. Naturally, the visits of this king ignited a frenzy of building here. Today Weymouth retains several traditional attractions associated with a traditional, English seaside town. Donkeys stroll along the beach, Punch and Judy batter each other every day and children hurtle down the helter skelter. But there is a more serious side to this popular resort. Nothe Fort also known as North Fort was originally built to protect Portland Harbour further along the coast. It was adapted during the Second World War it was adapted to deal with modern warfare. Today visitors can stroll around the ramparts appreciating the strategic position of this fort and examine the artillery on display there. Other attractions in Weymouth include Sea Life and the amazing temporary summer exhibition SandWorld – a display of huge, themed, sand sculptures. 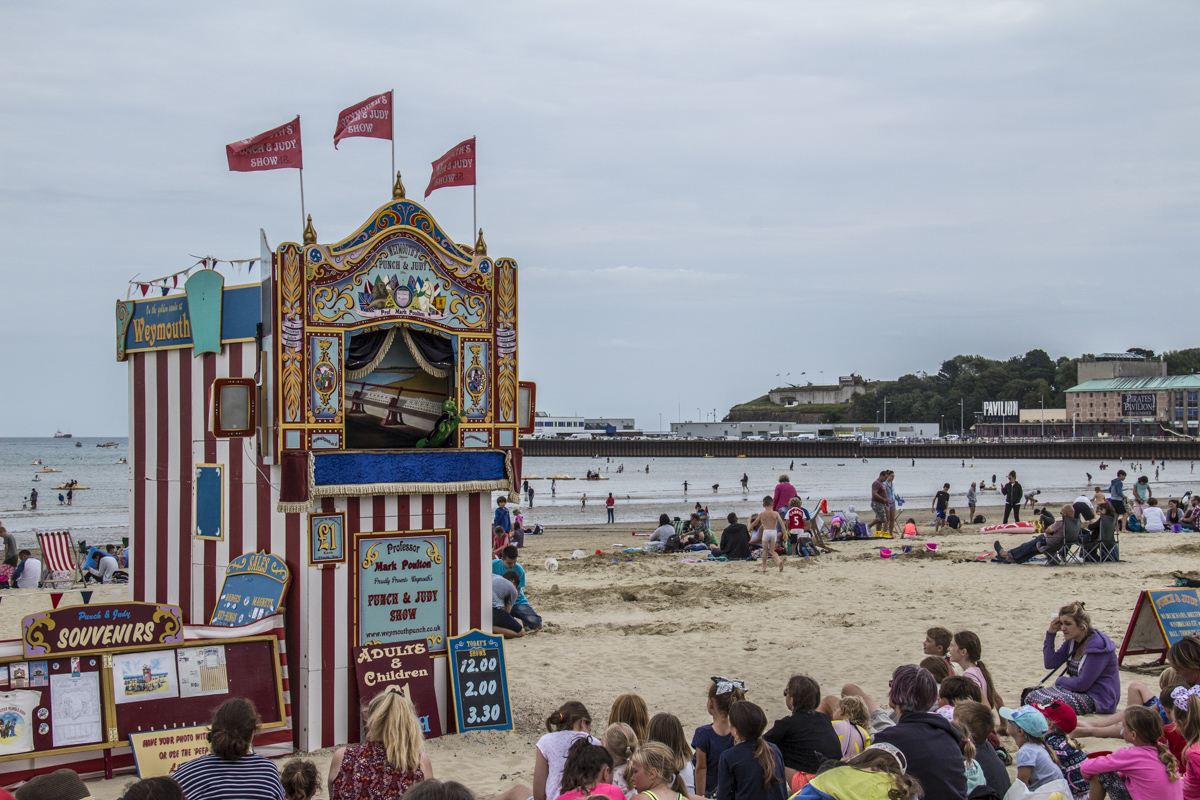 The Sea Front at Weymouth in Dorset, UK

Visitors to Swanage in Dorset coast will appreciate the quirky stone works that decorate the town. Once a sleepy fishing village Swanage became renowned for the Purbeck Stone hewn from local quarries. Statues, columns and the façade of the town hall came to Swanage from London as ballast in the empty boats. Swanage is also the terminus for the Swanage Steam Railway. It’s beautiful old trains transport people back in time and to nearby Corfe Castle. A visit to Swanage Pier starts with the little history museum at the back of the shop near its entrance. The delightfully old-fashioned, beautifully preserved pier offers clear views of the Jurassic Coast across the bay. Above the pier the Downs stretch across the cliff tops – a great place to picnic and absorb the superb views of the town below. 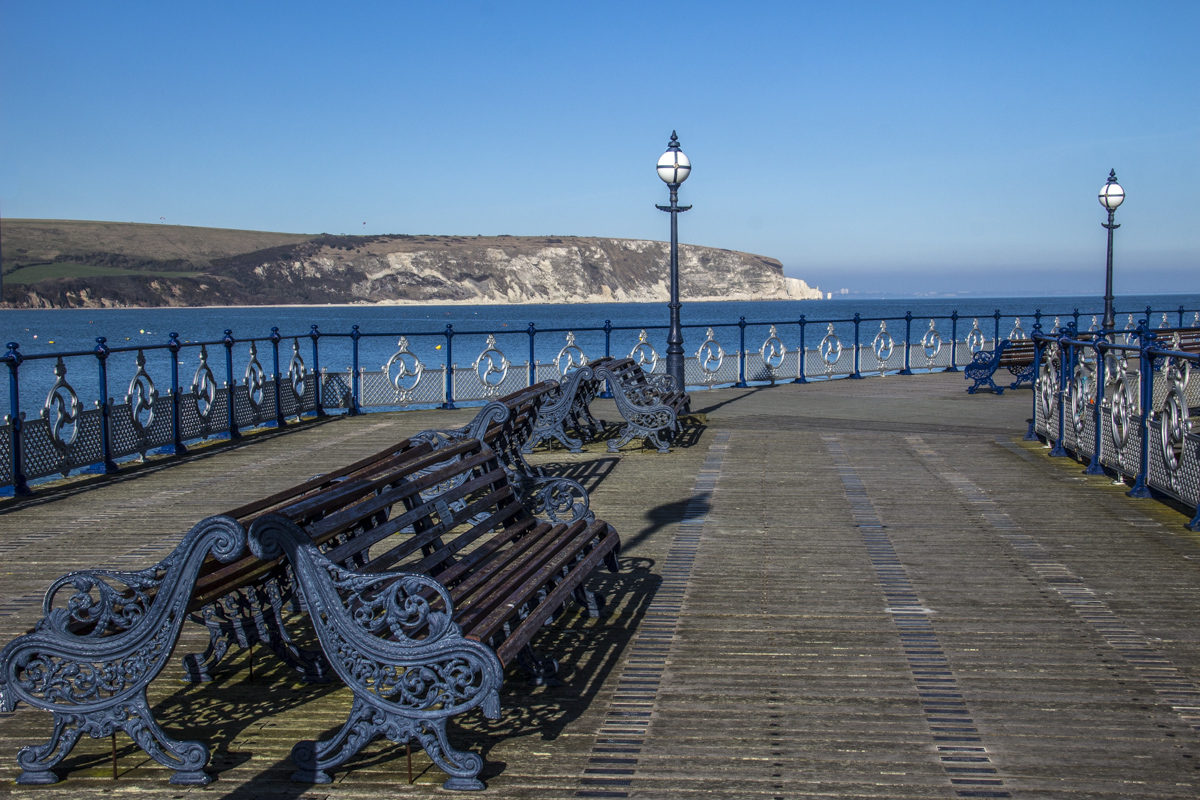 The Pier at Swanage in Dorset, UK

Ramsgate in Thanet a region of Kent is an attractive mixture of Georgian and Victorian architecture. In particular a crescent of Georgian houses perched above its Royal Harbour, a picturesque jumble of boats, buildings and arches. The latter have been renovated and now house small shops and restaurants. On the far side of the harbour is the Clock House. As it’s clock was the last one sailors would see it was once the Mean Time for the town. Eventually, Ramsgate had to Greenwich when it became the official mean time. The Clock House houses the Maritime Museum which operates under the auspices of the Steam Museum Trust. It houses an interesting collection relating to the history of the town and harbour and includes exhibits collected from a ship that sank on the Goodwin Sands during the Great Storm of 1703. Moored on the quay outside the museum is the magnificent old steam tug, Cervia which is currently being restored. Unique to Ramsgate are the Ramsgate Tunnels which are open to the public. A network of tunnels leading off an old railway tunnel provided shelter from the air raids during the Second World War and a place to live for those whose homes were destroyed. Walking through the tunnels was a thrilling experience. In complete contrast to the basic tunnels is the Grange the family home that the renowned Gothic revival architect Augustus Welby Northmore Pugin built when he moved to Ramsgate, a very special town. 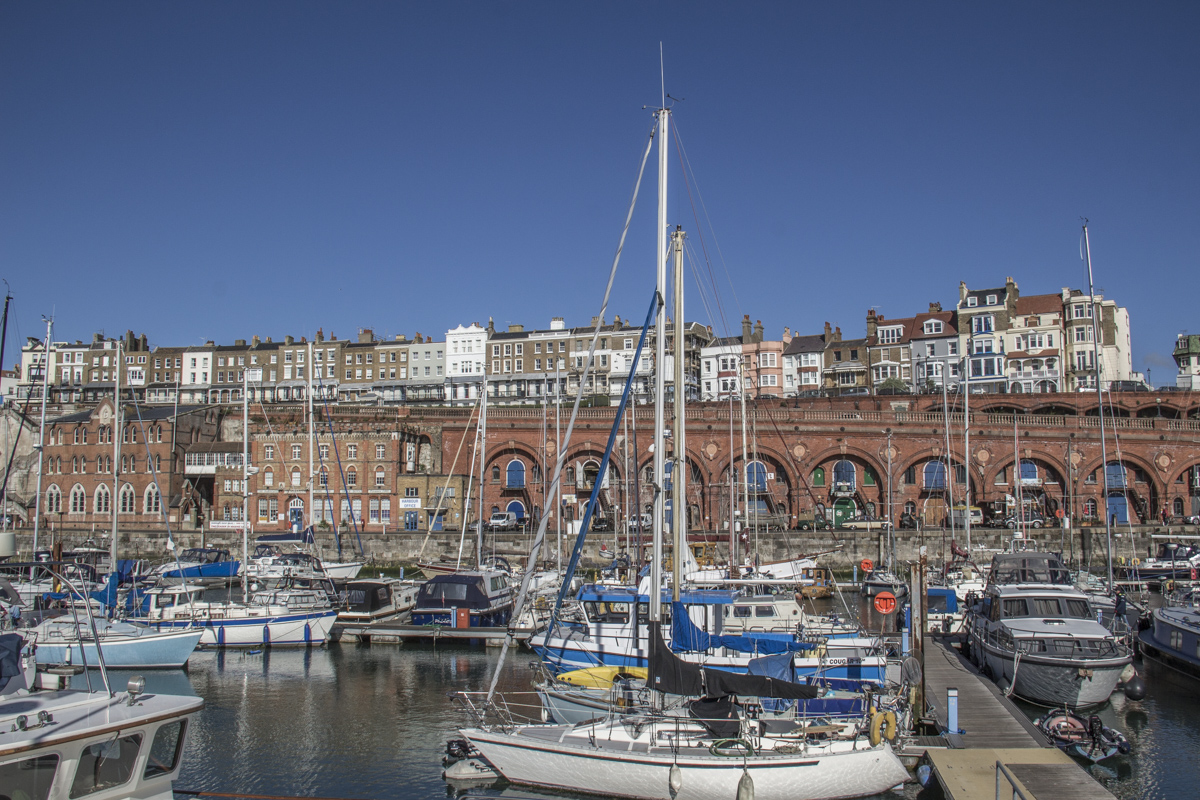 The Royal Harbour at Ramsgate in Thanet, Kent

The diversity I found in Bournemouth was the biggest surprise. Beyond the glorious beaches that stretch from Bournemouth to Poole are three stunning, inter-linked, Victorian urban gardens. Running through these gardens is the pretty little River Bourne. The Lower Gardens or Pleasure Gardens fringe the sea front and are home to a variety of seasonal attractions. These gardens lead into the Central Gardens dominated by a magnificent war memorial. Beyond these formal gardens the landscaped Upper Gardens line the river on both sides for more than a mile culminating in the Coy Pond Gardens close to Coy Pond. Created during the early 1930s and originally known as Decoy Pond where decoy ducks would be floating this pond is now home to a variety of water fowl. 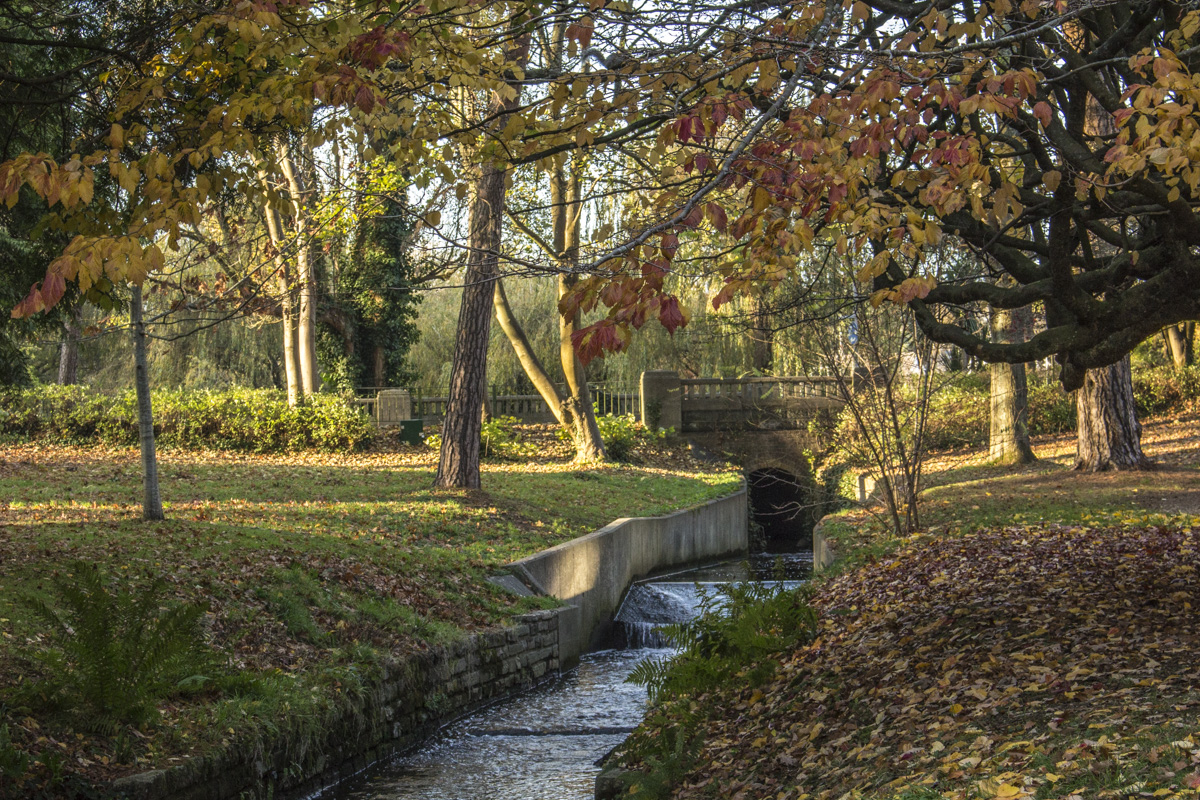 The Upper Gardens in Bournemouth

On the outskirts of the town visitors will find the unique Compton Acres, one of the great gardens of England. These wonderful gardens were established during the 1920s during the era known as the Arts and Crafts movement. This garden museum is comprised of five contrasting gardens that include a very formal Italian Garden, a natural woodland walk and a stunning Japanese Garden, my favourite. It was an aspect of Bournemouth I had not discovered before. 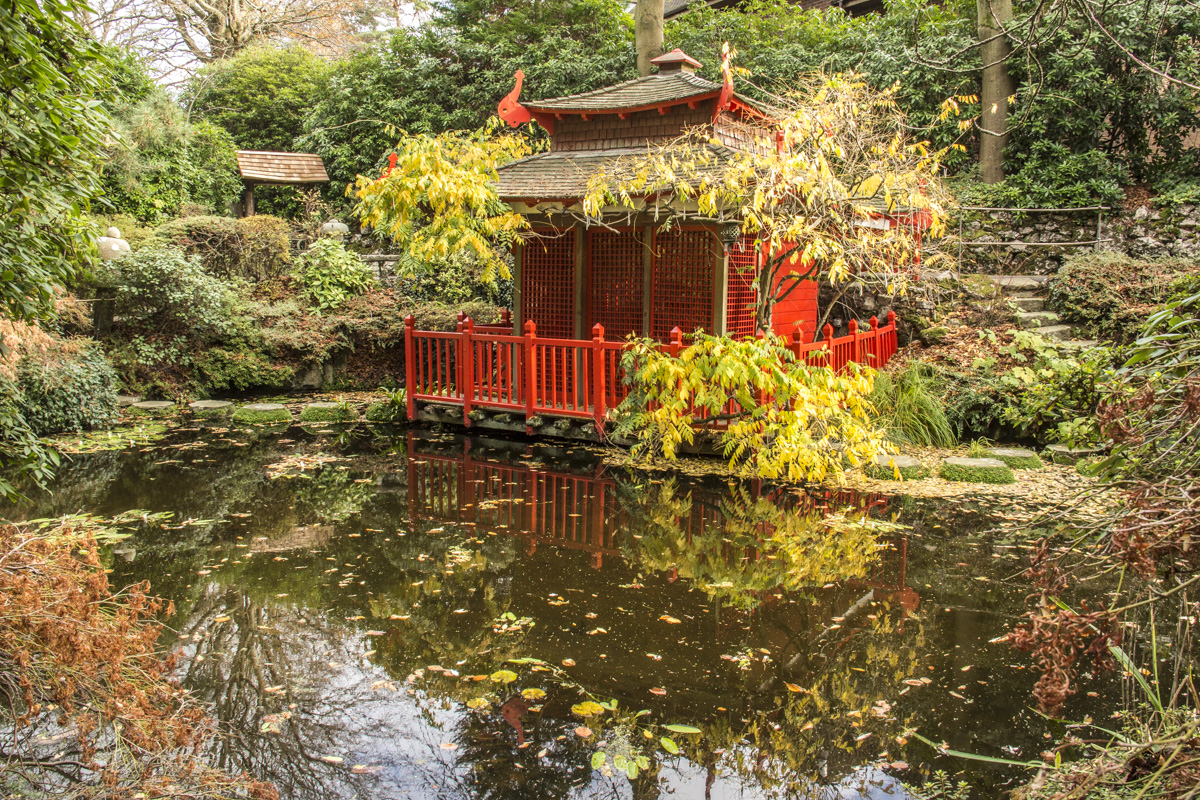 Featuring another pretty garden is the Russell-Cotes Museum and Gallery standing proud on the East Cliff of the town. Originally known as East Cliff Hall this Victorian villa was built to house the huge collection of art and objects d’art acquired by the wealthy Russell-Cotes during their extensive world-wide wanderings. Visitors will find this museum, laid out in the refurbished rooms of the house, both entertaining and educational and a fascinating attraction on the sea-front of Bournemouth. 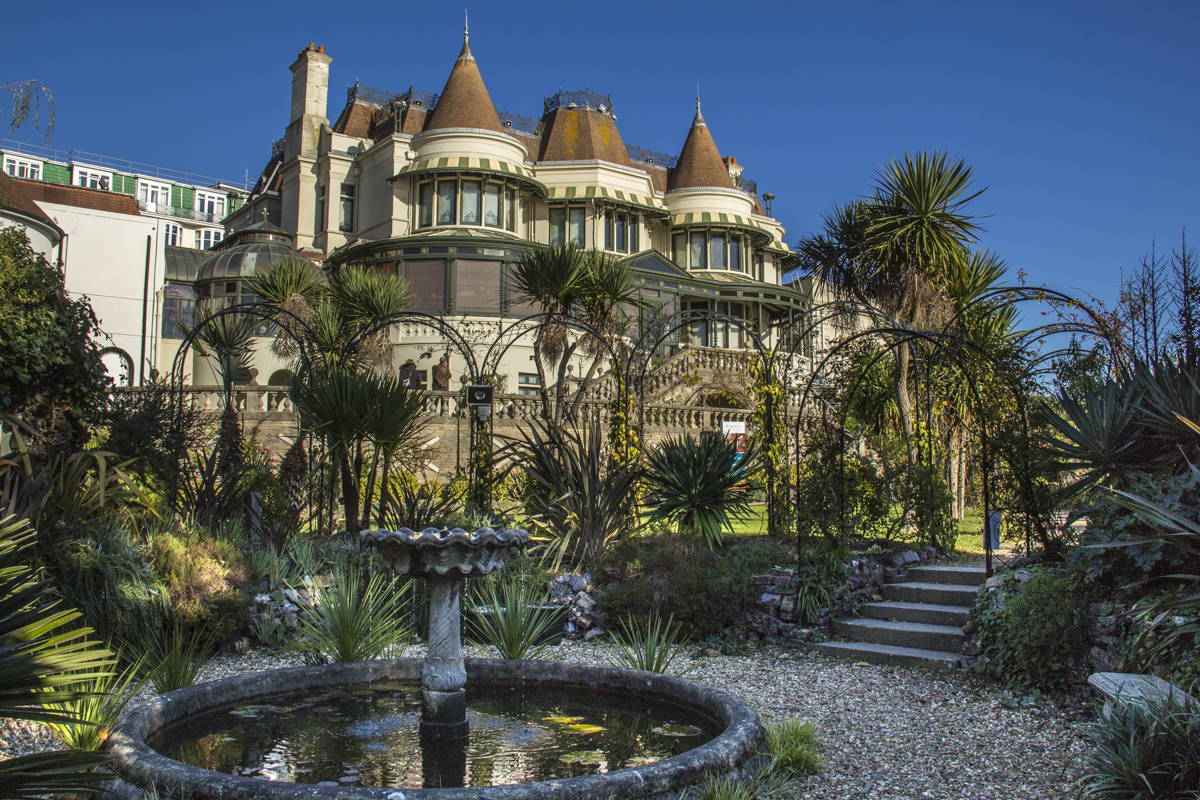 The Russell-Cotes Museum in Bournemouth

Britain is also famous for its beautiful countryside and that is where I am going next, Staycations in the British countryside.