Discovering Spilve and the Aviation Heritage of Riga

Riga, the capital of Latvia has a rich aviation heritage that began in Spilve Meadow when Latvia was a state in the Russian Empire.

It was during this period, in 1915 that the Russian military began flight operations in a field five kilometres from the centre of Riga, the capital of Latvia one of the Baltic States.

The Development of an Airport at Spilve in Riga, Latvia

When Latvia became an independent state after the Russian Revolution in 1917 Spilve was developed as a military base for the Latvian Air Force. But Latvia lost its independence during the Second World War. First it was occupied by the Soviet Union in 1940. It was then occupied by Nazi Germany between 1941 and 1944 before being re-occupied by the Soviet Union in 1944. This second occupation by the Soviet Union lasted until Latvia achieved independence in 1991. By this time Spilve was serving as an international passenger airport. When the Soviets captured the airfield they destroyed all the original buildings and change the name to Riga Central Airport. A new terminal was built in 1954 in the Soviet neoclassical style. It is still there today and is one of the few Stalinist-era buildings in Riga. 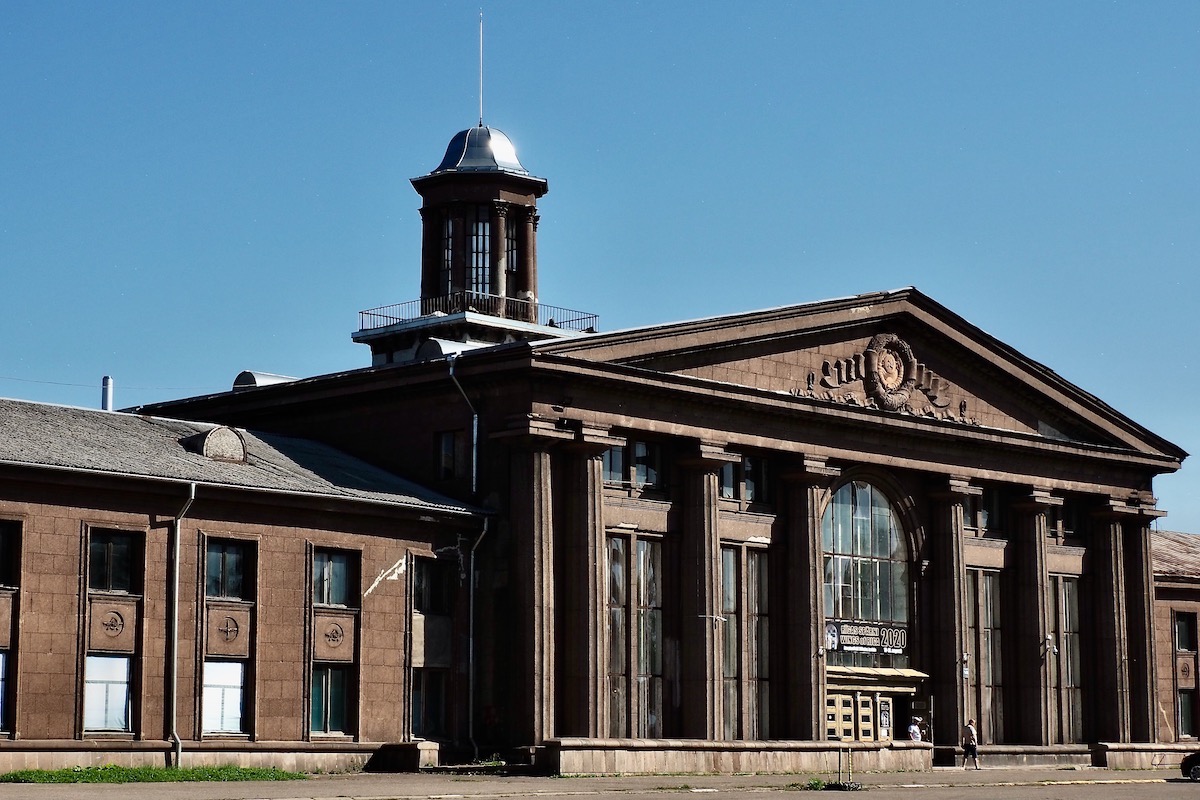 Spilve Airport was one of the largest airports in the western part of the USSR until the new Riga International airport opened in 1975. It was then used for local flights and for training students of the Riga Civil Aviation Institute until the late 1980s. Rumours that it has since been abandoned are untrue. 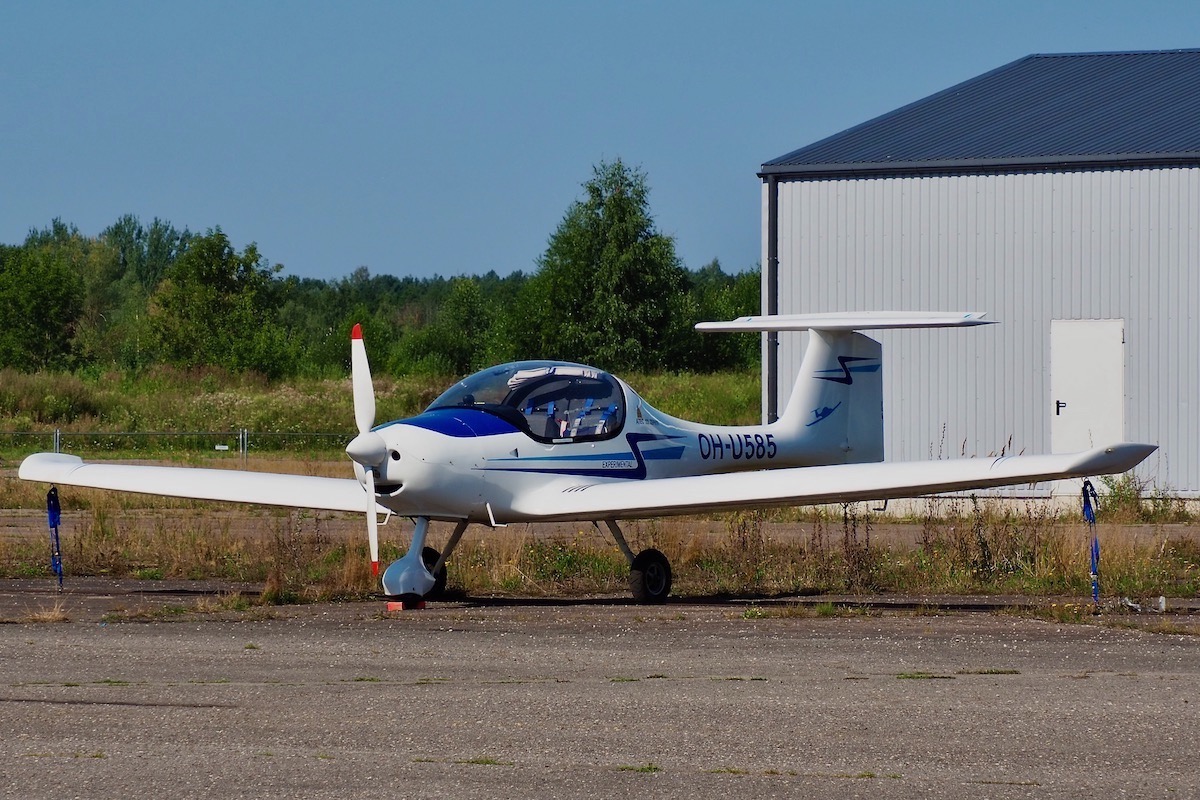 Two new hangars were built on the airfield and it began a new lease of life as a base for training private pilots. A new, third hangar has now been added. This houses 4/5 aircraft – ultralights and aerobatic aircraft. The largest of the three hangars houses up to12 aircraft ranging from ultralight to Cessna 210 and the other is used for ultralights and flex-wing microlights. 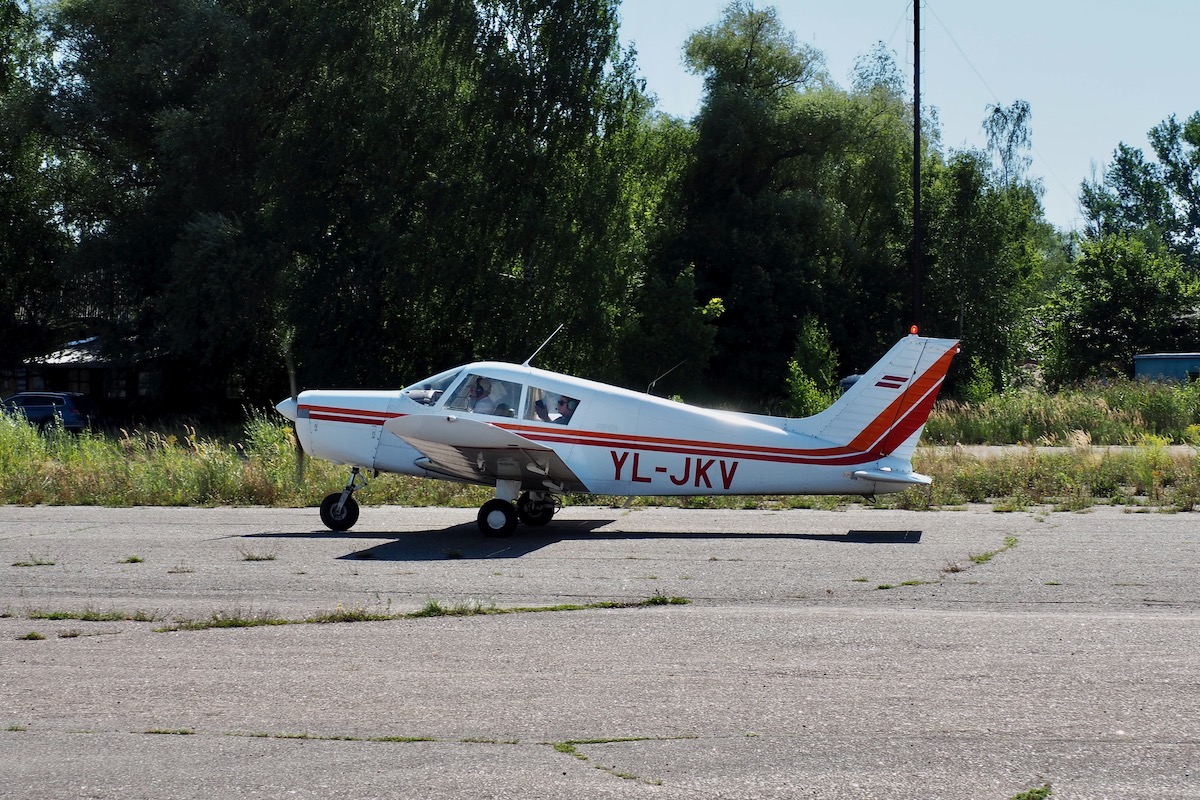 The day I visited the airfield it was a hive of activity. Drawn to the area by the diversity of planes parked there I was approached by a man in a high-visibility jacket. I thought he was going to ask me to leave but instead he said he would have to walk with me as I was not wearing a high-visibility jacket. Nik spoke excellent English for someone of the Soviet occupation generation but I soon discovered he had many years’ experience as an aircraft engineer. As we walked fixed wing microlights rumbled past us and flex wings microlights buzzed above us like angry wasps. A constant stream of people was arriving to take a trip in the microlights. 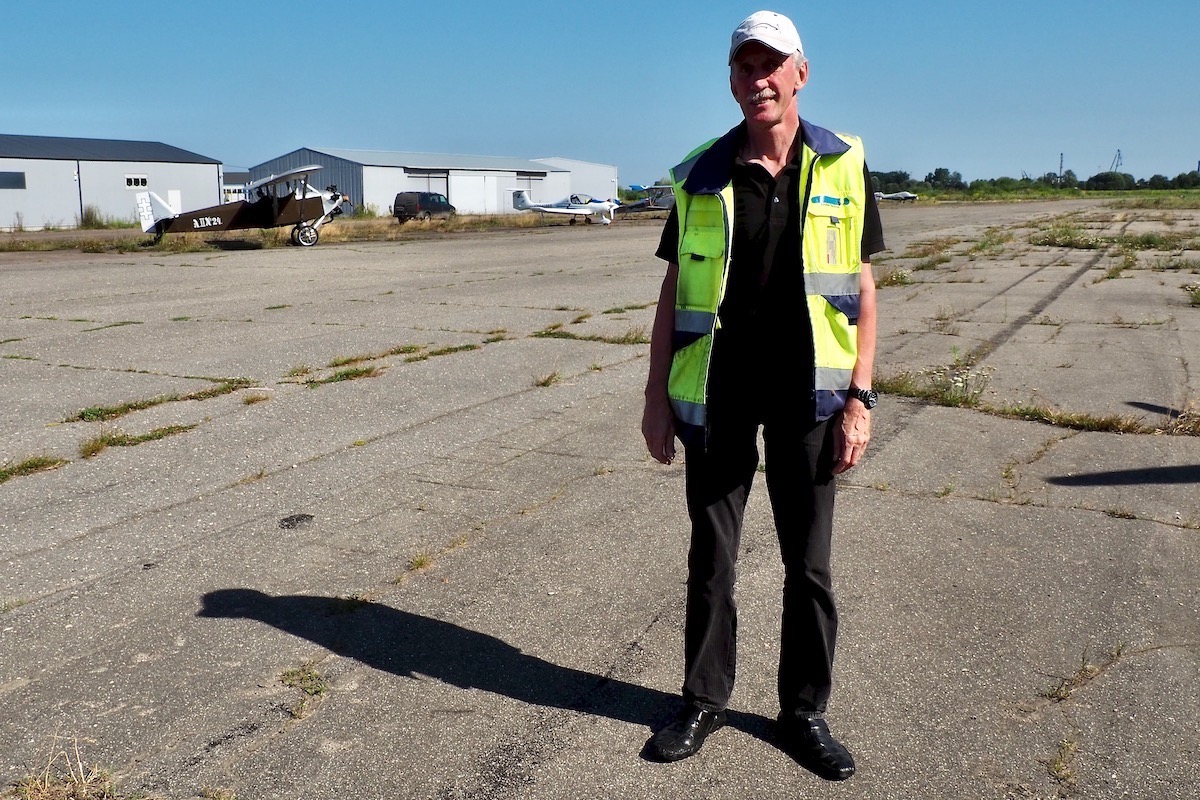 Spilve is becoming renowned as a maintenance centre and Nik pointed out the different planes parked alongside the runway. The Swiss-owned Antonov An-2 registered in Latvia is brought here to be serviced. A Latvian Air Force Antonov An-2R was also undergoing a service. As we chatted a helicopter from the Ukraine hovered momentarily beside us before wheeling away and heading back home. 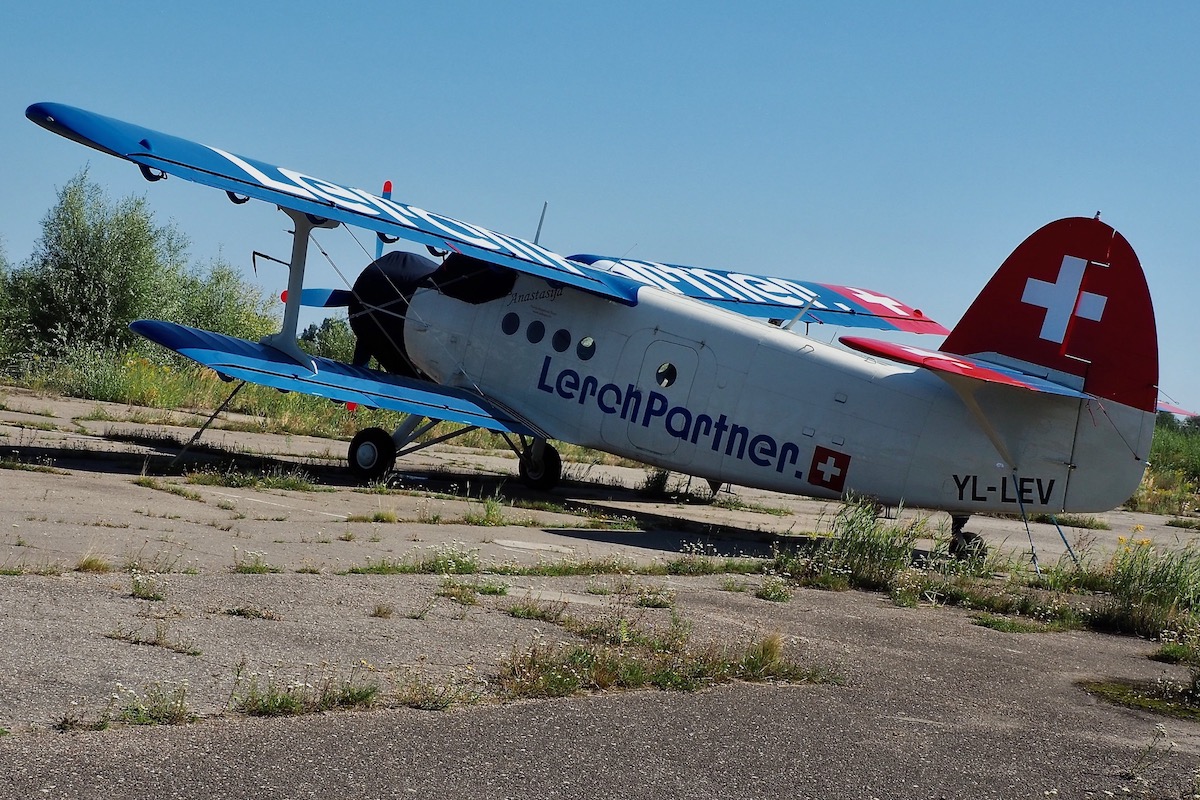 The airfield is still dominated by the imposing terminal building which displays the hammer and sickle above the main entrance. A complete renovation of the interior in 2012 restored the magnificent great hall and Soviet murals to their original splendour. Today it hosts art exhibitions and other events but there are plans to base a Latvian Aviation Museum here. But I was about to discover Riga already has an Aviation Museum. 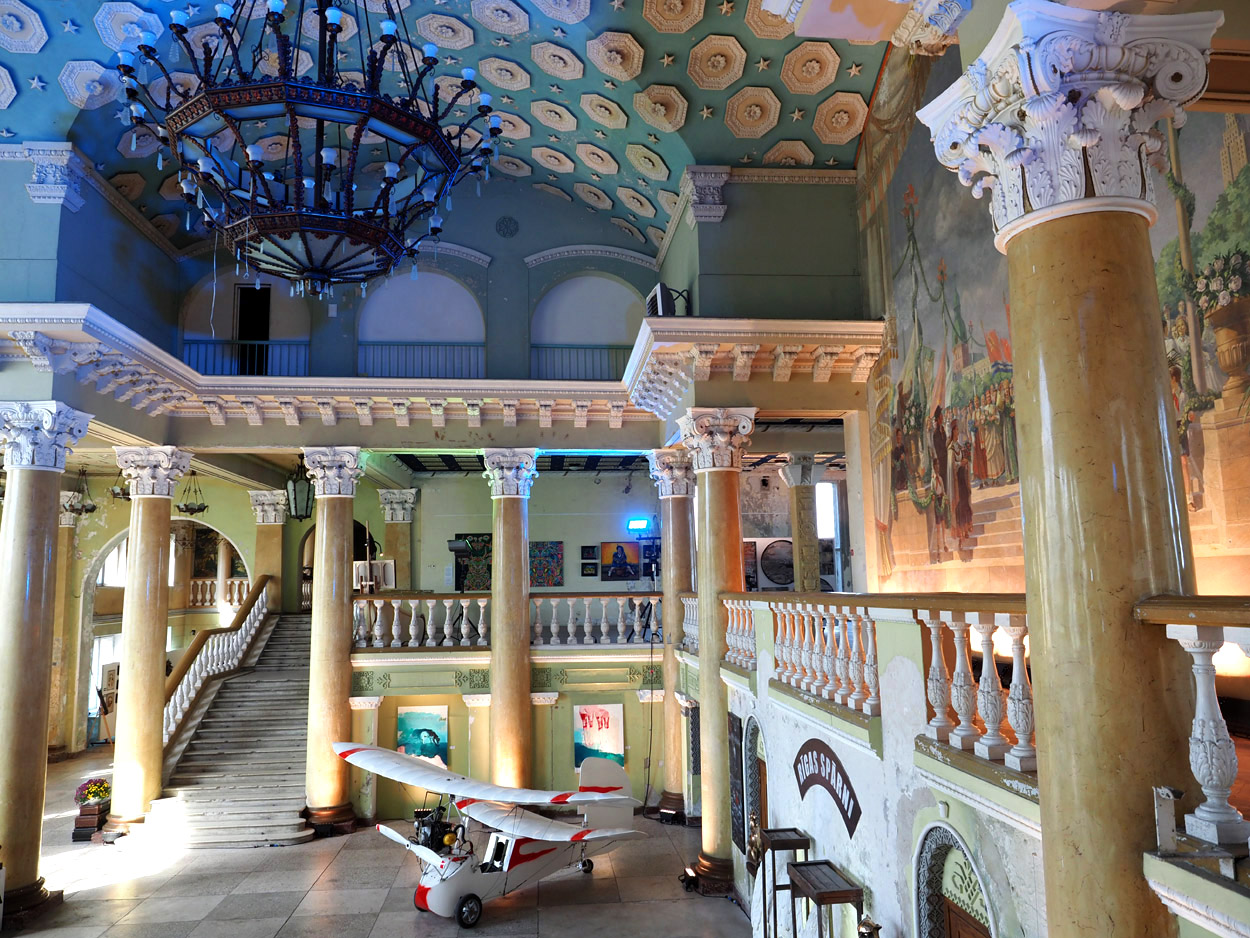 Just beyond the perimeter of Riga International Airport is an extra-ordinary collection of Soviet airplanes. It features an assortment of MiGs, a rare sight in the Western world. This collection belongs to Victor Talpa, a sprightly eighty-one-year-old. He is a retired aircraft engineer who once served in the Black Sea Navy and also worked for Aeroflot. In 1956, while working for the Latvian Civil Aviation administration he became involved in the creation of a Young Pilots’ Club. He wanted to his young pilots to get used to different cockpits to supplement their flying lessons. Using his contacts, he acquired a used MiG-21 for training purposes. He began to rescue Soviet-era aircraft building up a large collection including some extremely rare planes. In 1991 the club was forced to close due to lack of funding and competition from a pilot training school established by the airline, air Baltic. However, his collection continued to grow. 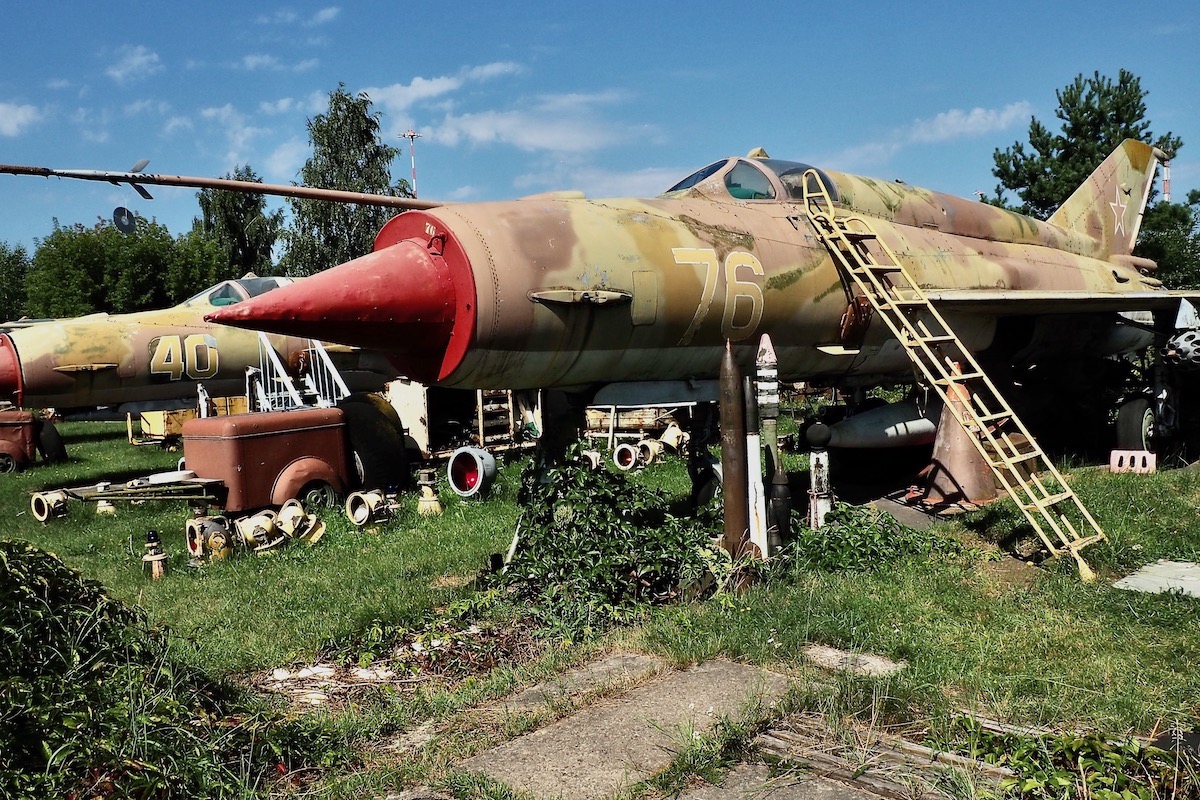 Victor’s collection became a private museum in 1997 but without government funding. The only support he was given was permission to store his collection on a plot of land next to Riga International Airport. By 1999 the whole collection had been installed in his museum here. Visitors can walk to the museum from the airport. It is open daily. If the gate is closed just ring the bell and wait for Victor or his son, Pavel to appear. Either one of them may offer a guided tour but this is not included in the entrance fee. I was lucky, Pavel, who speaks good English, showed me around and introduced me to Victor. I was charmed by the jumble of planes, helicopters, vehicles – everything associated with an airport. I was able to wander where I wished, climb into the cockpit of a MiG, mount some steps and look over the yard to the modern planes at the airport beyond. An incredible experience but, sadly, one that will soon end as the museum has to move away. 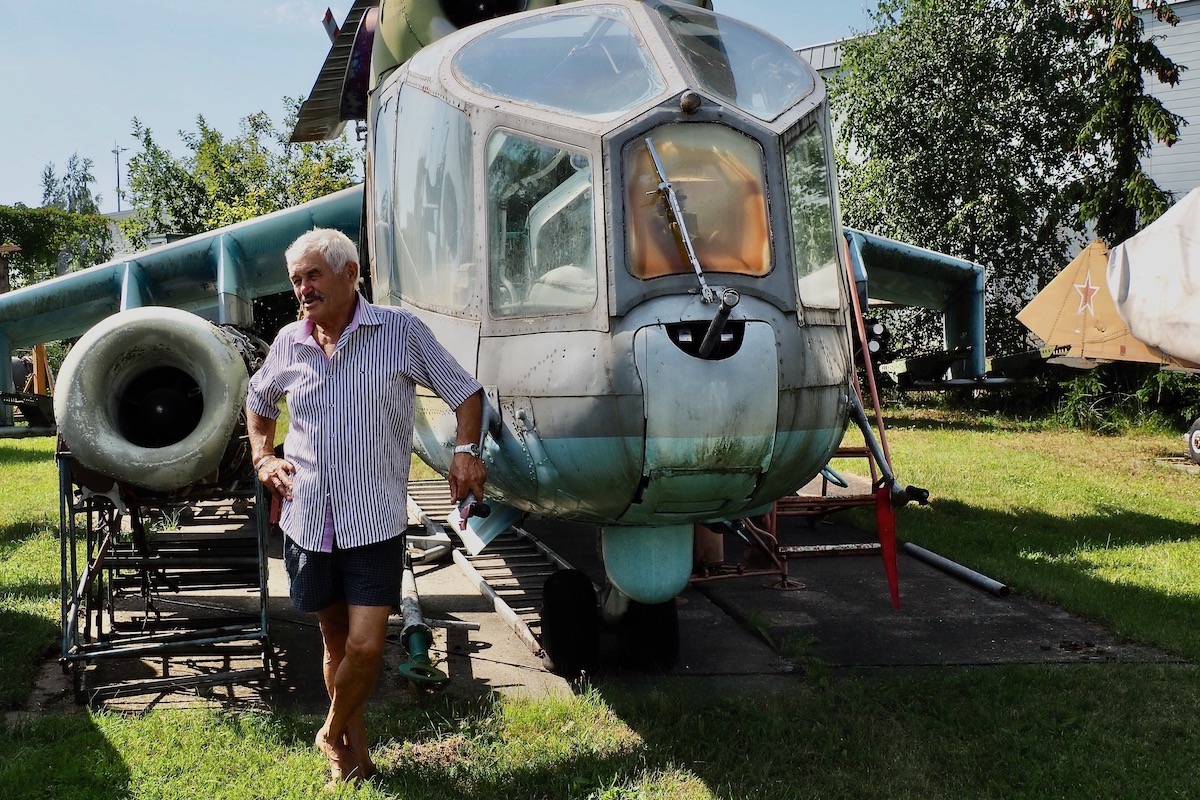 Some Highlights of the Aviation Museum

Aircraft in this unique collection of Soviet aircraft used during the cold war include the massive MI-6 Hook Soviet heavy transport helicopter. This helicopter has wings to assist its giant jet engines whilst cruising. There are some early jet fighters including the Korean and Vietnam War MIG-15 and MIG-21 and the more modern MIG-23, MiIG-25 and MIG-29. Also on display is the once secret Soviet Union Tupolev Tu-22M Backfire supersonic, swing-wing, long-range strategic nuclear bomber. But my favourite was the Antonov An-2, the plane that can hover and fly backwards. I look forward to returning when this unique collection is installed in a new home.