Latgale and a Journey of Discoveries - Day 2

I was looking forward to some more surprises as I continued my journey through Latgale and I was not disappointed.

Latgale is famous for its ceramics and its food. Mostly the abundance of the latter which I had already experienced during my stay in Daugavpils its biggest city. However, bread is a particular specialty and I would be trying some today in Aglona. Aglona is also home to the only basilica in Latvia and that was the first place I visited.

The Basilica in Aglona in Latgale, Latvia

Aglona Basilica of the Assumption was built on a sacred site by Lake Egle towards the end of the eighteenth century. It was part of the stone-built monastery that replaced its wooden predecessor, destroyed by fire in 1699. Its exterior is late Baroque style. The lavish rococo-style interior features a seventeenth-century icon – Our Miraculous Lady of Aglona – which is only unveiled to the public during religious celebrations. This icon is believed to have miraculous powers of healing. Divine healing properties are also attributed to a spring on the shore of Lake Egle. In 1980, when the basilica celebrated its two-hundred-year anniversary it was granted the of basilica by Pope John Paul II. A square for processions and major church services was created in front of the basilica prior to the visit of this pope in 1993. After wandering by Lake Egle and admiring the huge statue of Christ that stands beside it I moved on to another lake, the Devil’s Lake. 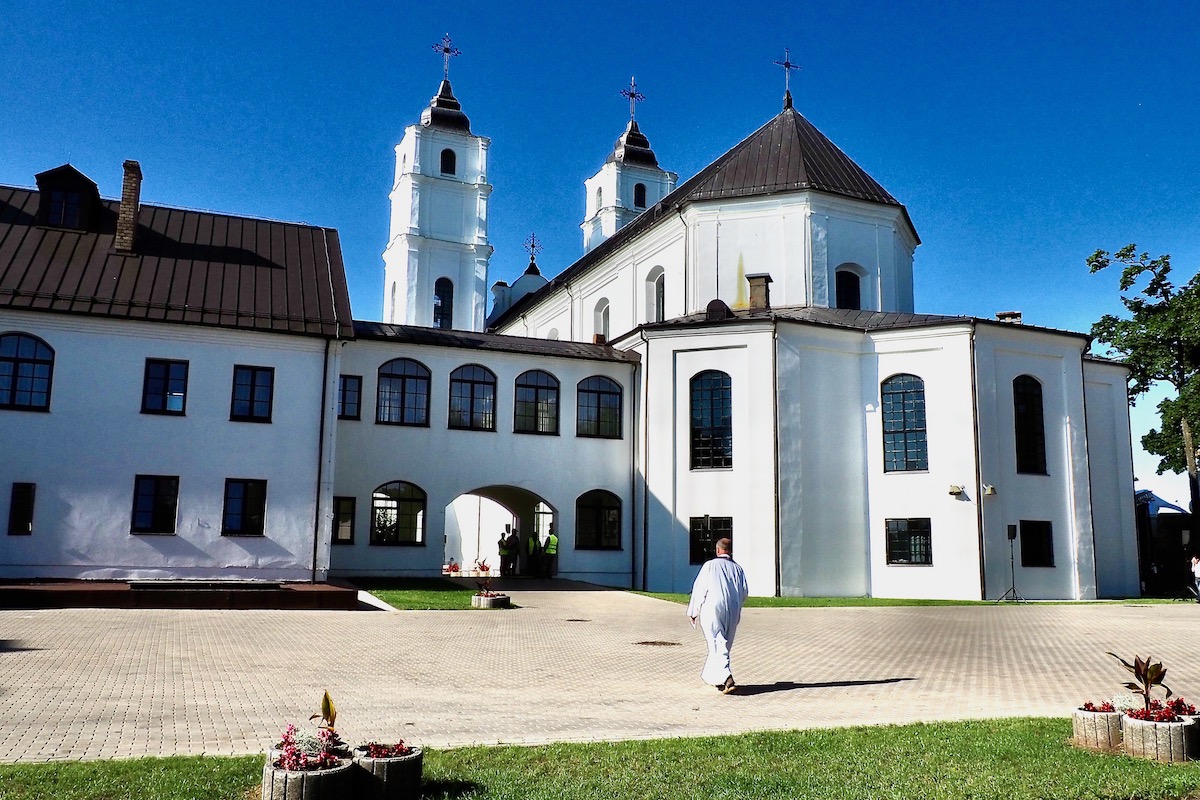 The Devil’s Lake is believed to be a meteorite lake. Nothing inhabits this lake – there are no fish and no algae. But the lake is surrounded by a beautiful forest and is a popular outdoor space for the locals. It was a pleasant interlude before moving on to the Bread Museum. 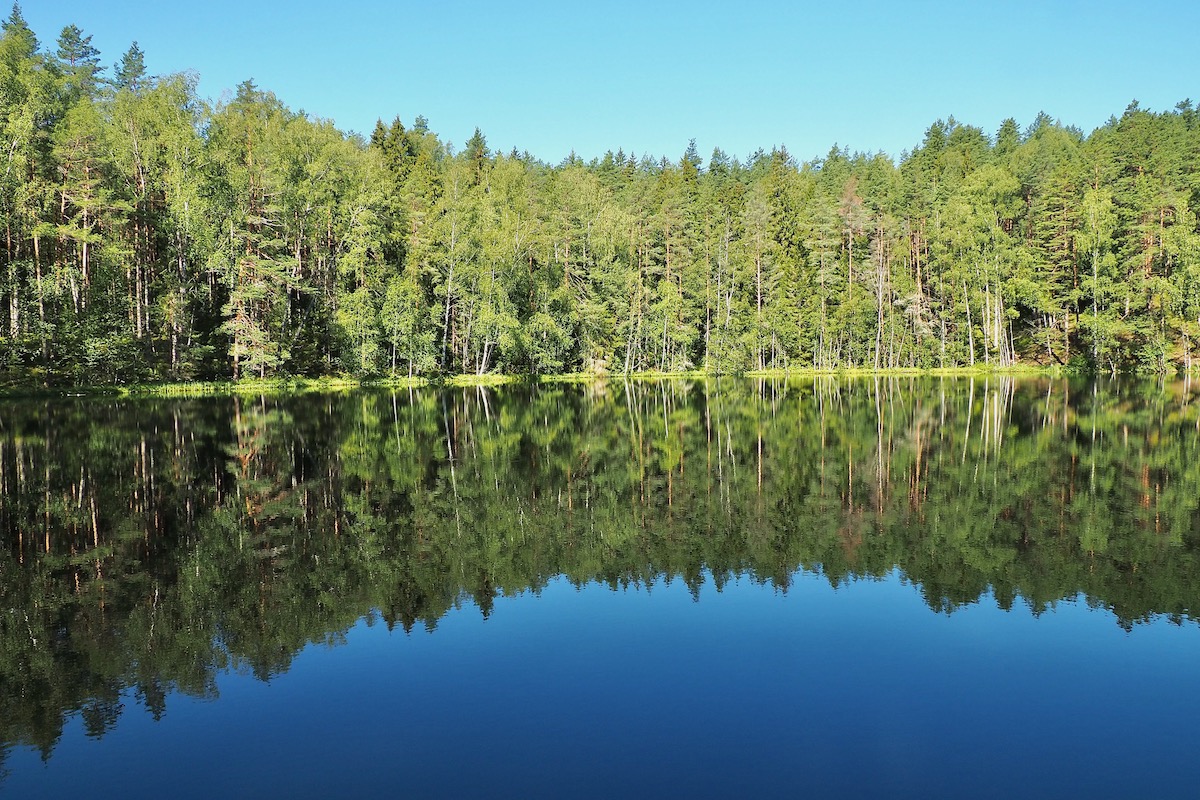 The Bread Museum in Aglona in Latgale, Latvia

When I arrived at the Aglona Bread Museum I was met by its very enthusiastic owner Vija Kudiņa. Vija is passionate about all things Latvian and Latgalian and she established this museum to celebrate her country’s traditional rye bread. After watching the bakers shaping loaves by hand I had a look around the small museum. It was fascinating to see the old implements that were once used in all the processes of bread-making. I was invited to a bread tasting – it was delicious. While I was eating I was serenaded with a traditional Latgalian folk song. It was a memorable visit and I would have happily eaten lunch there but lunch was waiting for me at the Arendole’s Manor. 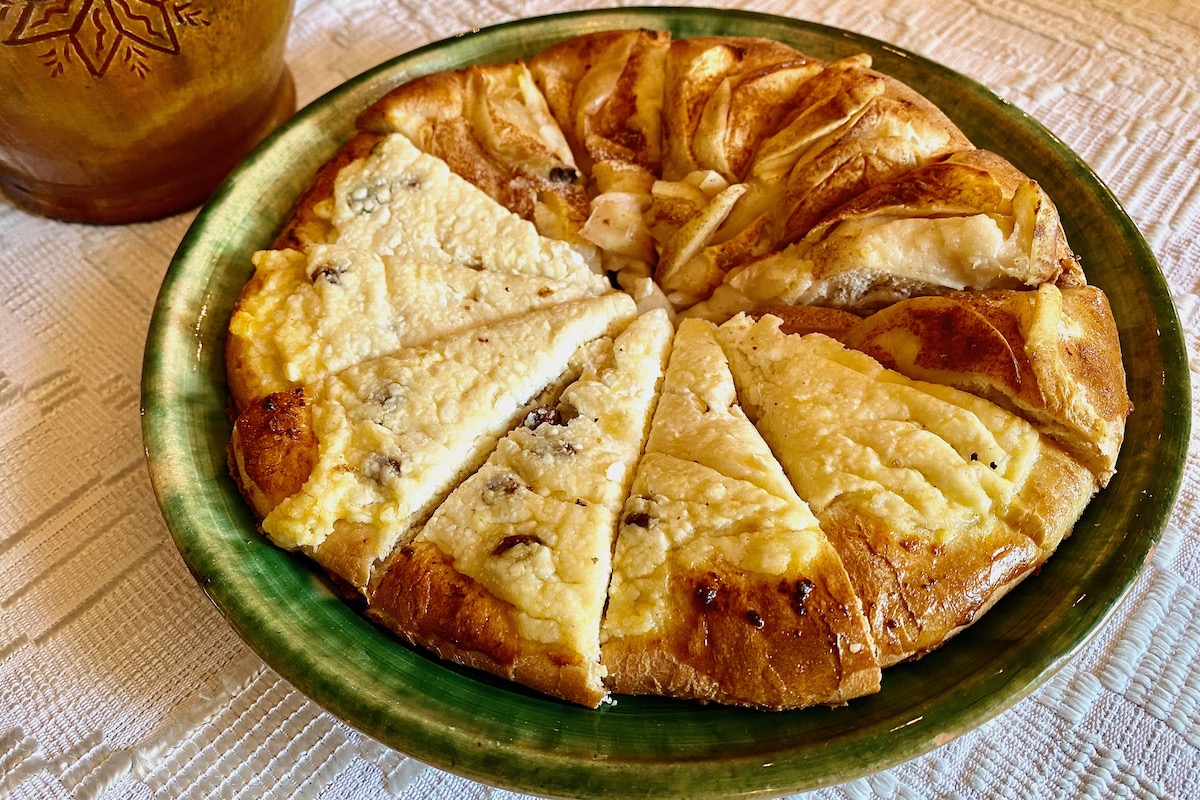 The splendid Arendole Manor is located in a picturesque one-hundred-year old park that encompasses the Dubna River. It was built in the early nineteenth century and features a Livonian-style tower. This manor house contains the biggest collection of antique furniture and artefacts in East Latvia. It has always been privately owned apart from a brief period during the First World War. The present owners have carefully restored thee building to its original state. Some of the original doors, stairs and glass in the windows have been preserved. It was once the centre of a large manor that included a church and the local school. But, it has not always been the manor house. It has been a hunting castle. During the First World War it housed Russian troops and when they moved out German soldiers moved in for the winter. They burnt furniture, window frames and doors to keep warm. In 1919 the manor was returned to private ownership. I had a lovely lunch there not only cooked by the lady of the house but included her own recipes. I would have loved to have stayed longer and spent the afternoon languishing on the large wooden veranda overlooking the extensive garden but it was time to move on. Next stop Preili Village and some very unusual attractions. 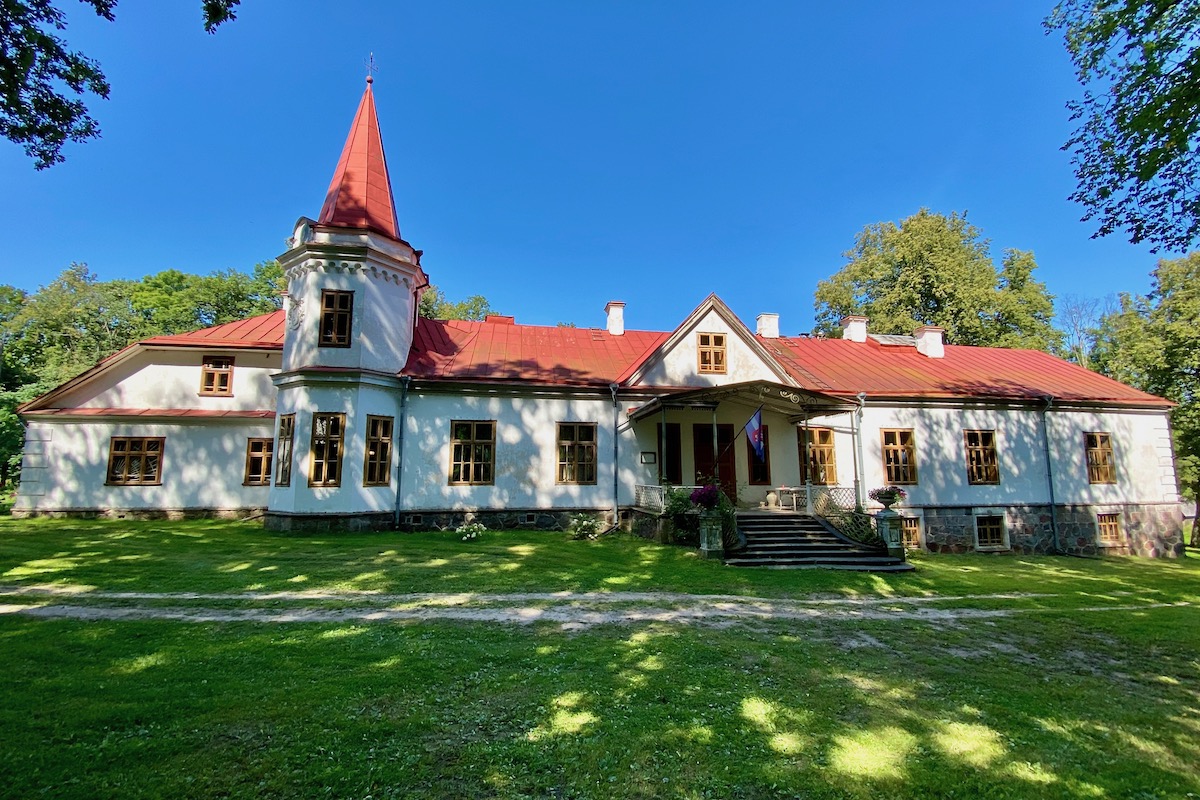 Museum of Dolls in Preili Village in Latgale, Latvia

Preili Museum of Dolls displays the work of a very talented artist, Jeļena Mihailova. She created 150 dolls in one year and they can all be seen in her own museum. Each of the dolls, displayed in its own setting has a different story to tell. The museum is set in a fantasy arena where visitors can dress up in amazing costumes and take photographs in different settings including a fairy-tale castle. This place is very popular with the locals and it was fun watching visitors dressed in the finery of the eighteenth century posing in front of different sets. I moved on to another unusual place, the Nester Custom Moto & Metal Art Gallery also in the village of Preili. 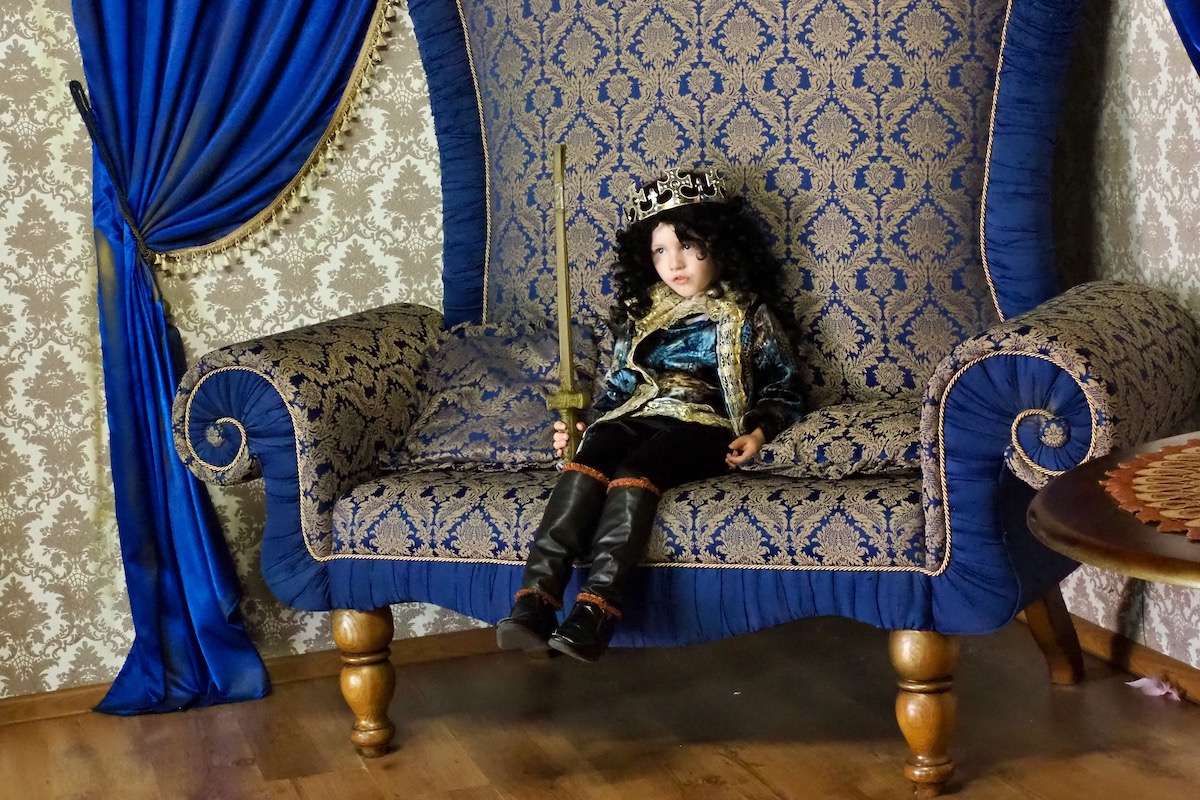 The Nestor Custom Moto & Metal Art Gallery, features a collection of metal sculptures with a bias towards motor bikes. Its creative workshop developed from the repair of wrecked cars and the restoration of motorcycles. Intricate metal sculptures custom motorbikes are on display in several small galleries. After indulging in coffee and cake in the colourful café I moved on to a ceramics studio, also in Preili. 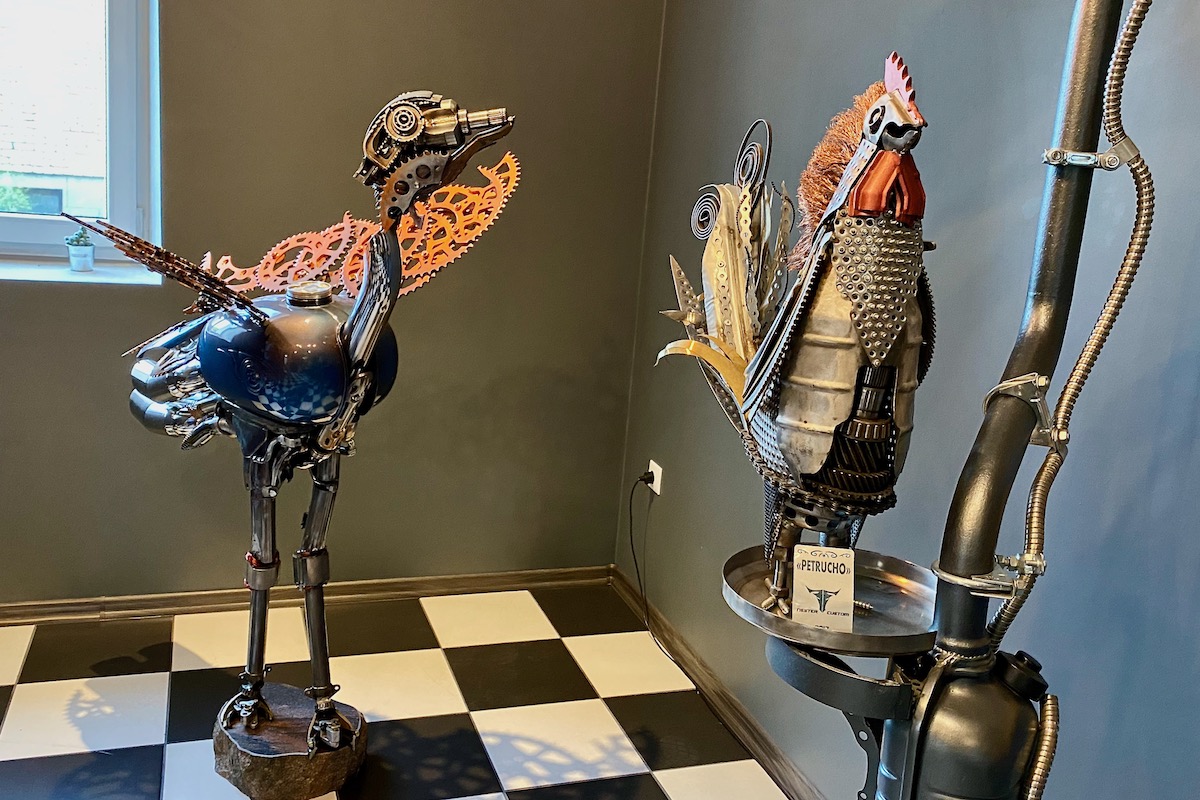 In the ceramics studio of Polikarps Čerņavskis I learned about the development of ceramics from the creation of simple, utilitarian dishes to intricate and decorative works of art. This studio is named in honour or a great master of ceramics who died in 1997. Several different artists work in this studio and Raivo Andersons also demonstrated his skill on the potters’ wheel. Not only did he throw a lovely vase but he changed its shape several times. It was an extraordinary demonstration as my day out in Latgale came to an end. 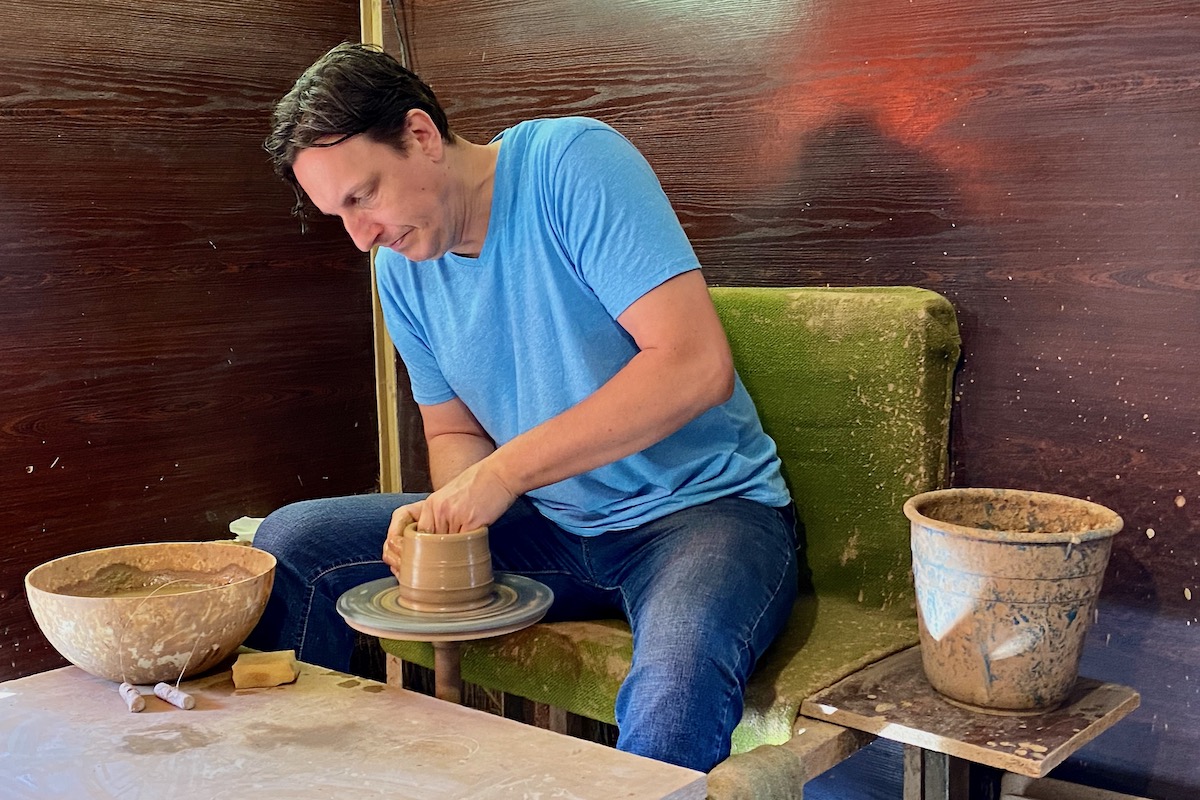