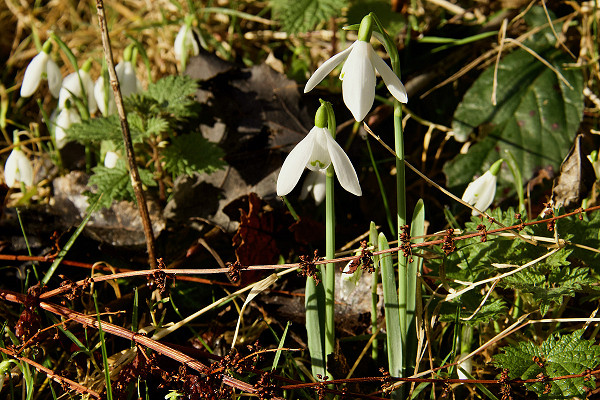 The best sign that spring is just around the corner is the sudden appearance of spring flowers and in particular the delicate white blooms of the snowdrop. And, scattered amid the white carpets of snowdrops I spot the yellows of daffodils and primroses and the purples of crocuses beneath tiny shards of catkins. And in the wooded areas the delicate blossoms of the camellia. All present at local beauty spots in Dorset – along the River Avon, around the house at Kingston Lacey and in Sir Harold Hillier’s Garden in Hampshire. 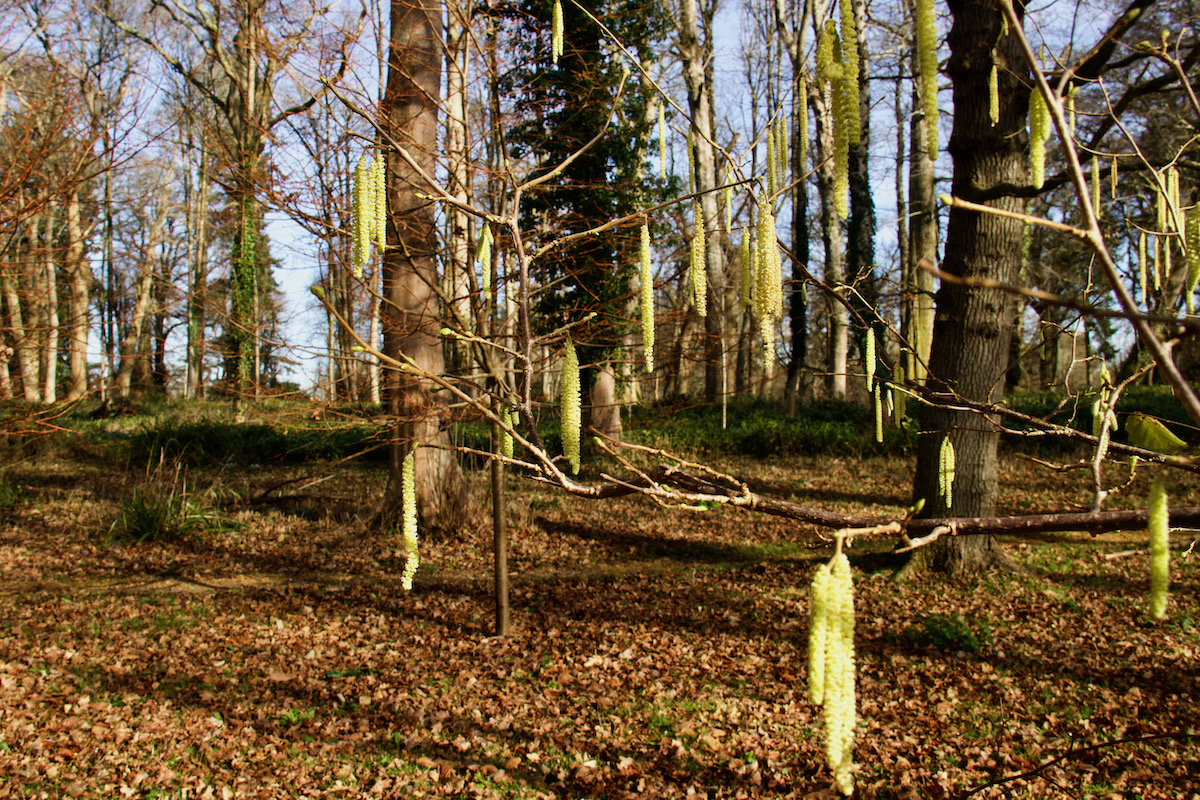 This morning my friend, who is very keen on fishing, takes me to the Winkton Fishery on the River Avon in Dorset. We are hoping to see snowdrops in full bloom. Soon after we start walking along the river bank we meet the bailiff who greets us warmly and tells me where the best display of snowdrops can be found and describes some of the wildlife I might see. I love it there, it is so peaceful and while my friend chats with some fellow fishermen I stroll along the path taking photos and exchanging greetings with the fishermen. 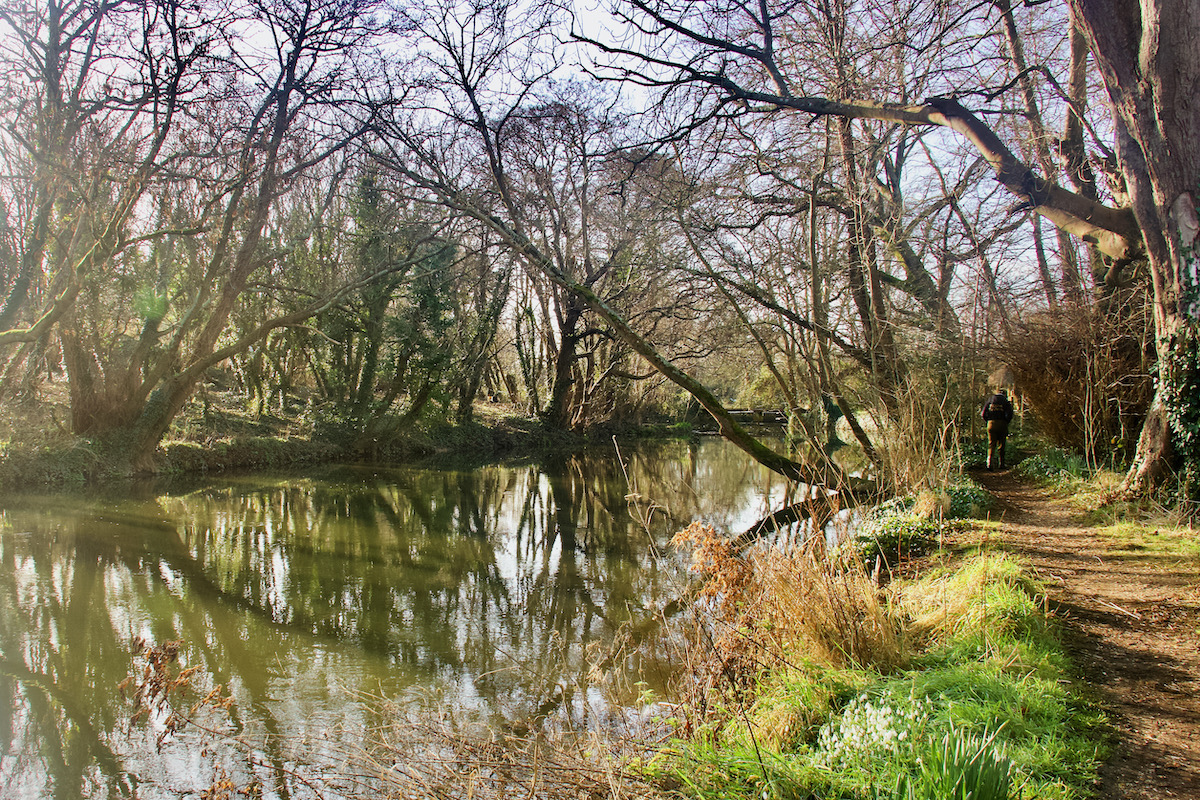 As I emerge from the wooded area I notice a lot of swans on the river, mainly cygnets on the verge of adulthood. While I am watching them a fisherman close by tells me that at this time of year the parents will chase the teenage cygnets away from their patch as it is time to find their own home. Soon after this conversation I see this process in action and watch a parent swan chasing its offspring away to fend for itself. 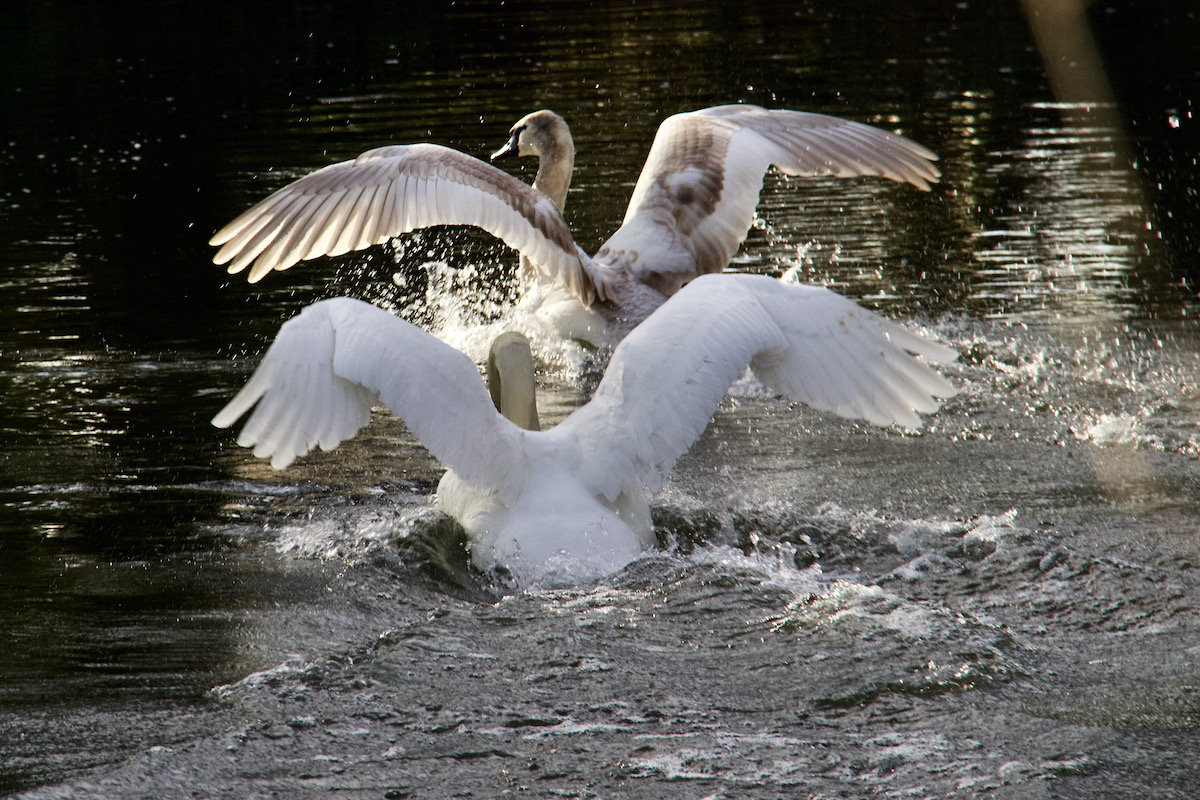 Vitamin D could be a piece of COVID-19's 'complex puzzle,' Israeli scientists say as a new study finds a link between deficiency and severe illness. Vitamin D helps bolster the immune system to tackle viruses that attack the lungs, researchers said.

Criticism of AstraZeneca jab ‘probably killed hundreds of thousands,’ claims scientist The Oxford scientist who worked on the AstraZeneca vaccine says scientists and politicians damaged the reputation of the jab due to a link to very rare blood clots. Many countries paused the use of the vaccine and it did not play a significant role in the booster campaign.

Today I join the Tuesday Club, a working party, on Brownsea Island. I cycle to the National Trust jetty, store my bike in their shed and get the ferry across to the island. It is the John Lewis boat, Castello, as the company leases the castle on the island. On arrival, I walk through the grounds of the castle to get to the Sail Loft where we have a brief discussion regarding the work we will be doing today. 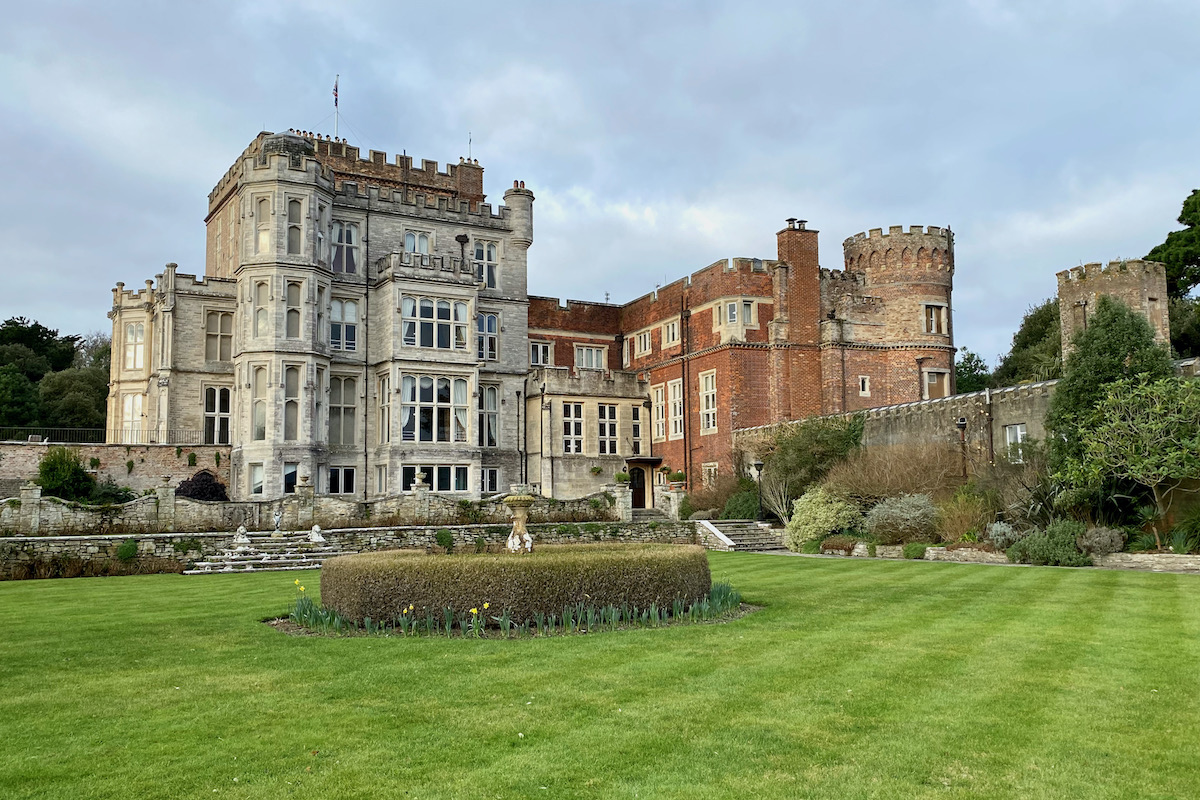 Plans made we set off for the Outdoor Centre. It is a lovely walk. As we go through the trees we had a woodpecker busy at work and can just make him out high up in a tree. Once we are all there, tasks are allocated over a mug coffee. Top of the list is taking everything out of the shed, sorting out the stuff that is not needed and then putting back the items that are needed. Soon after we start I am diverted to another task. Vacuum packing the duvets, pillows, mattress protectors, pillow protectors and pillows that will be used in the spring for the permanent bell tents that will be set up on the island. I soon get to grips with the process and have everything packed by lunchtime. After a picnic lunch outside under a weak winter sun we put nearly everything back in the tool shed with the exception of a small box of items finally considered unnecessary - after a long discussion. 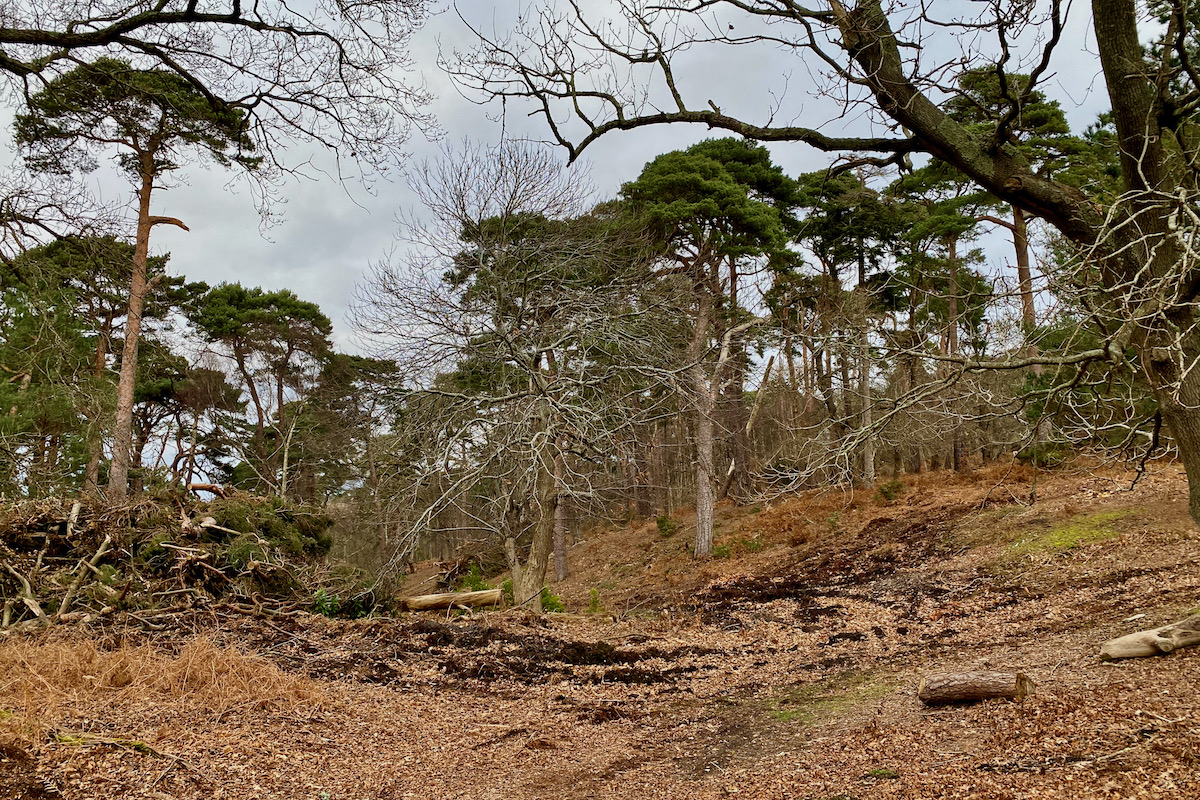 Rishi Sunak: the prime minister in waiting? Just two years ago, few people had heard of Rishi Sunak. But the now chancellor’s status has rocketed amid widespread approval of his handling of the economic fallout of Covid-19. Sunak has been gaining fans and is currently “the most popular politician in the country”.

Coffee at Compton Acres this morning. Just three of us for coffee and two of us linger on for lunch. We cannot resist the homemade cheese and chive scones that crumble as lavish amounts of butter are being applied. When we finally part company I go for a wander through the Woodland section of the gardens. The camellias are out and the rhododendrons are in bud and crocuses carpet the ground around them. 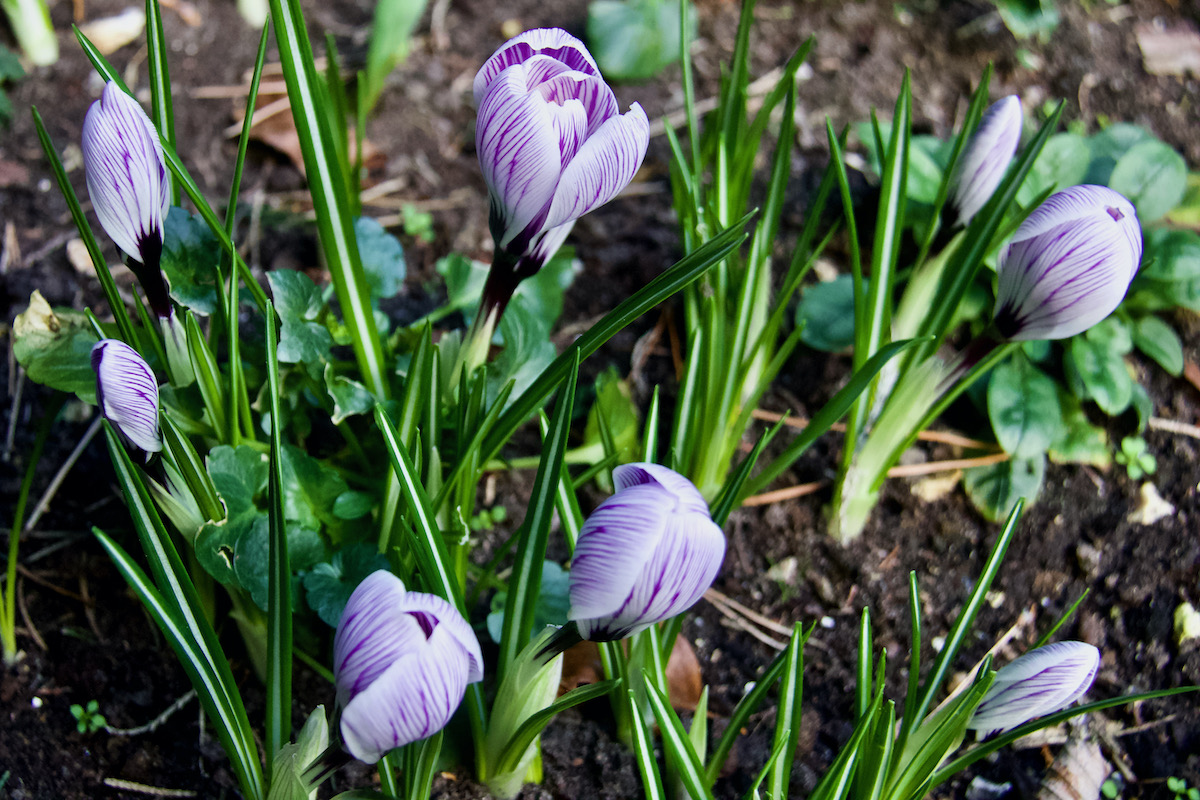 It is so lovely there that I stay there longer than intended and have to walk/jog back to the flat as I have an appointment with the tv ‘doctor’. My television has not had a signal for three months so I have been using my laptop to watch the few programmes that interest me. The tv doctor restores the signal to the flat but pronounces my little television beyond hope as lack of use has led to the batteries exploding in the remote control. I suppose I could just replace the remote but a new, ‘smart’ television is more tempting. 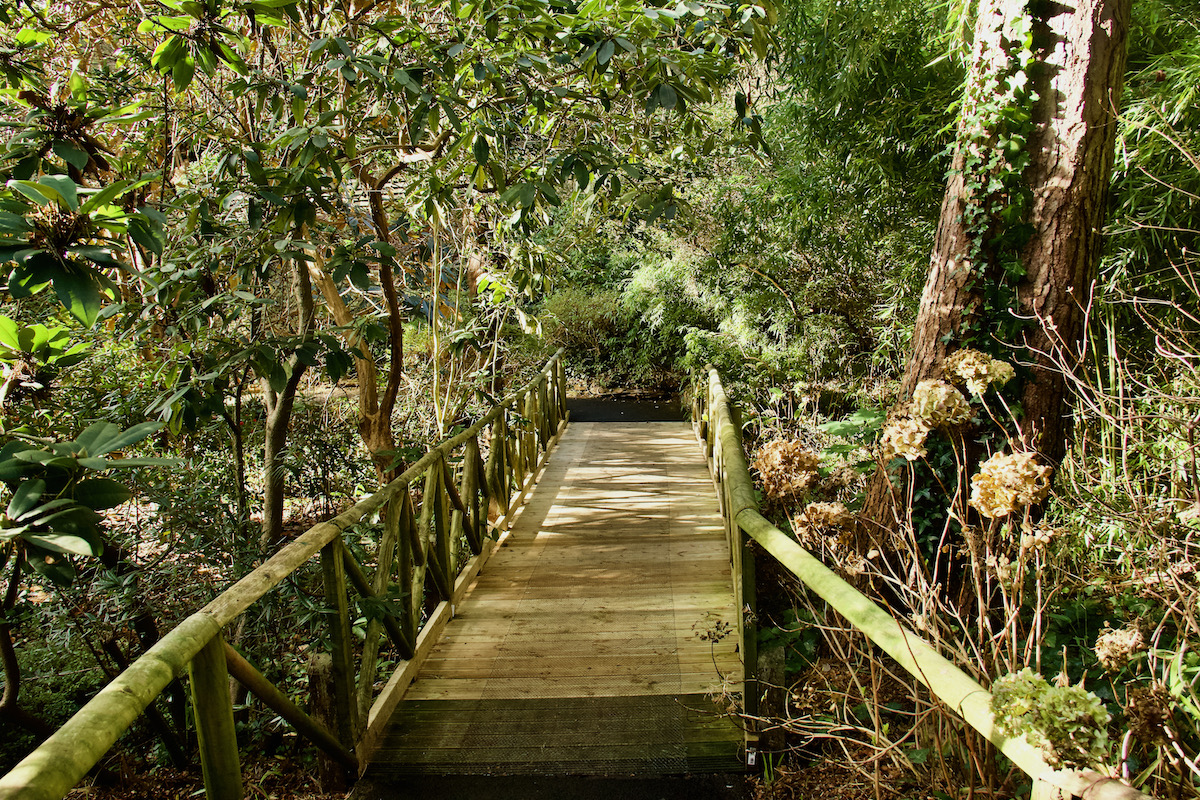 The plan to scrap self-isolation Boris Johnson has announced that he hopes to scrap remaining coronavirus restrictions, including mandatory isolation, in England by the end of February. Current domestic restrictions are due to expire on 24 March, but the prime minister said in the House of Commons today that he expected to lift them a month early.

Omicron in deer may ‘haunt us’ in future The first confirmed cases of Omicron in wild animals in New York has triggered fresh warnings about the potential threat posed by future Covid-19 mutations that could be transmitted to humans.

Weekly shop day today so I get the bus to Poole but get off at Poole Park Gates and walk through the park. The flower beds have been replanted and some contain African Violets. These remind me of my mother who was hopeless keeping house plants alive apart from African Violets that flourished everywhere in our house. The shops are bursting with cards, flowers and Dinner for Two offers for Valentine’s Day. I resist all temptations apart from some totally non-commercialised salted caramel cookies. 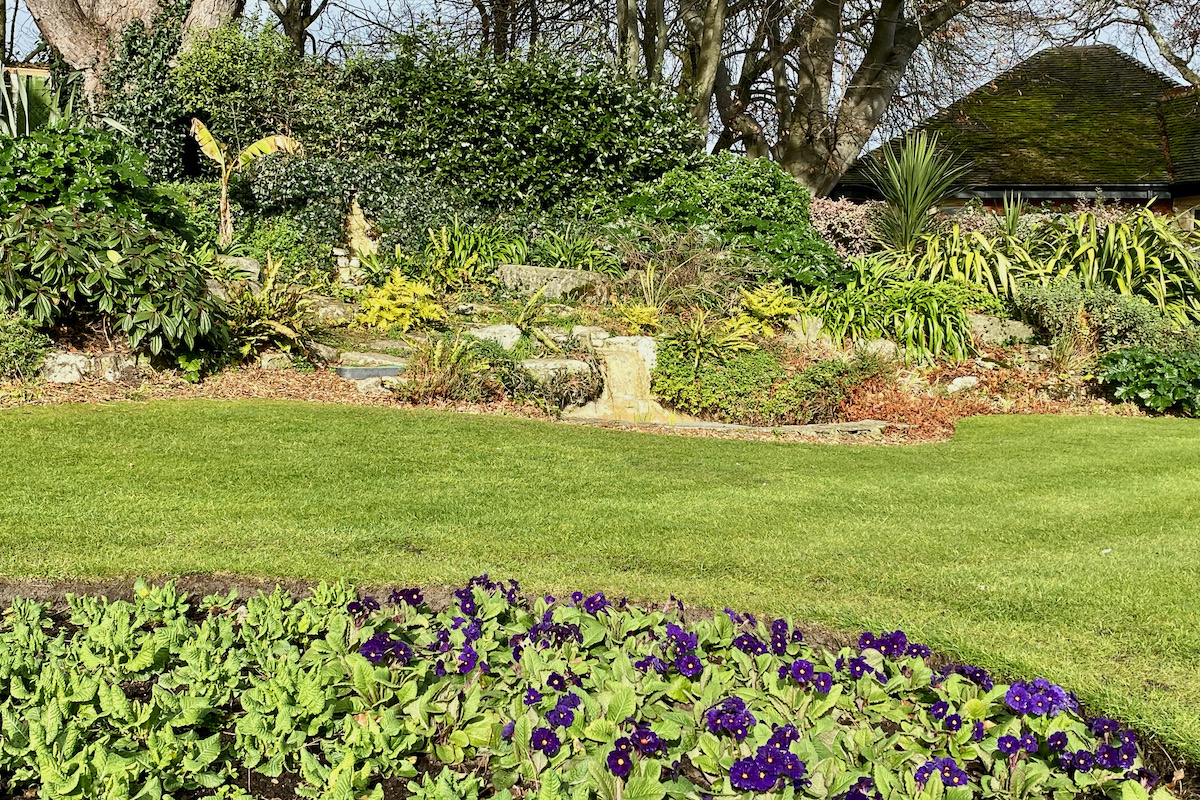 Cressida Dick steps down as head of the Metropolitan Police after the Mayor of London accused her of failing to deal with a culture of misogyny and racism within the force. Dick said she was left with “no choice” but to step aside.

Biden tells US citizens: ‘leave Ukraine’ immediately warning that “things could go crazy quickly” in the region. “It’s not like we’re dealing with a terrorist organisation, we’re dealing with one of the largest armies in the world,” the US president told NBC News on Thursday.

I have heard rumours that the famous snowdrops at Kingston Lacy are better than they have ever been. So I set off this morning to find out if this is true. I arrive soon after the grounds of the mansion house open and set off to find some snowdrops. It is not a hard task as they are everywhere carpeting flower beds, lawns and woodland. I start in the Fernery where they float like a white sea among the shrubs that populate this formal garden. 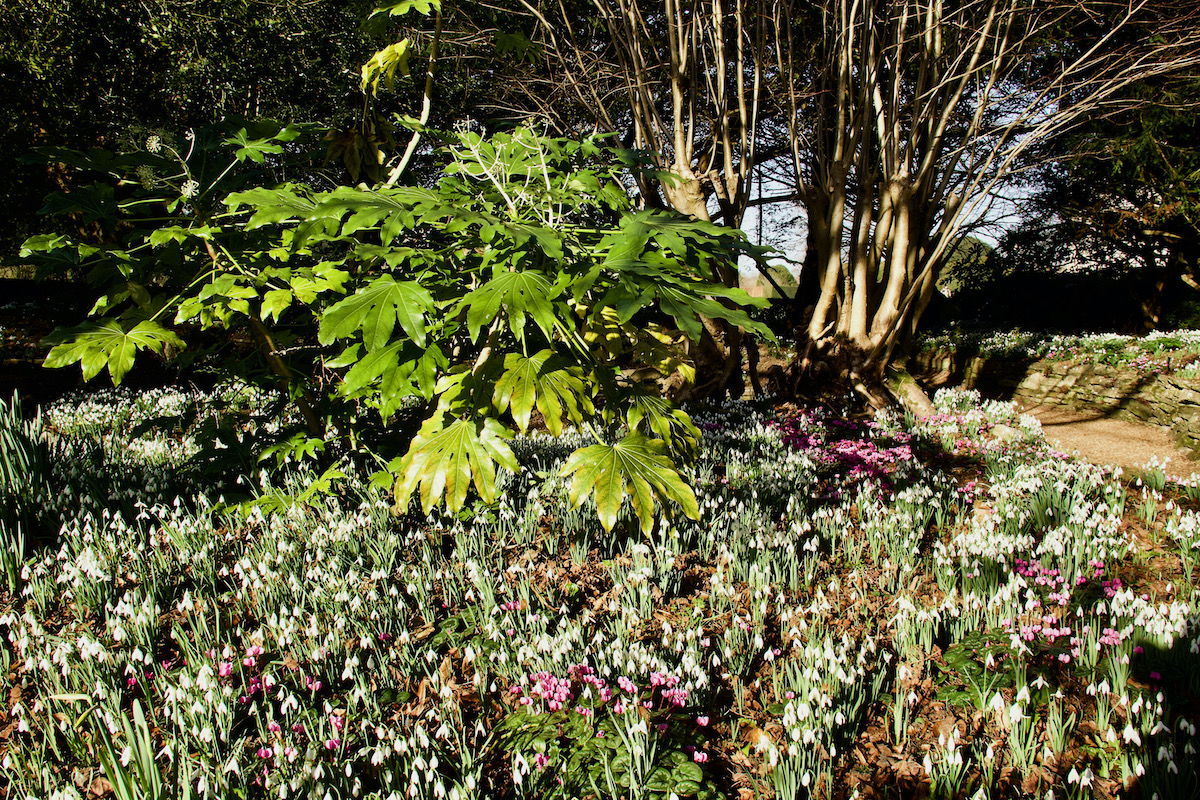 Next I stroll along Lime Avenue marvelling at the strips of white blooms that stretch as far as I can see on either side of me under the majestic lime trees. 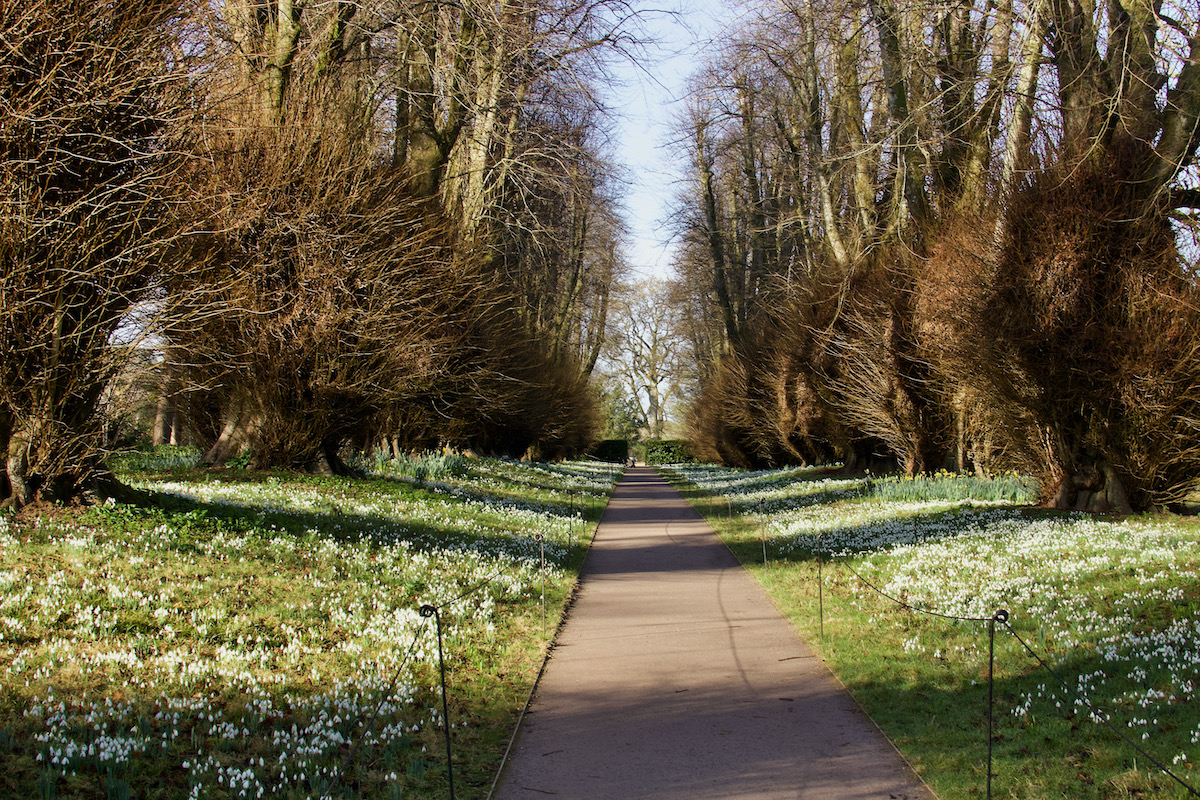 Turning into Nursery Wood I find huge patches of snowdrops in a more natural setting. There are not many people around so I can enjoy this amazing sight in relative solitude. But when I turn back towards the house I am faced by a sea of people surging along Lime Avenue. I head turn back and head for the Kitchen Garden which is being prepared for spring planting. From there I make my way to the Japanese Garden encountering small clumps of snowdrops everywhere I go. I love the contrast of bamboo stalks surrounded by these delicate spring flowers. 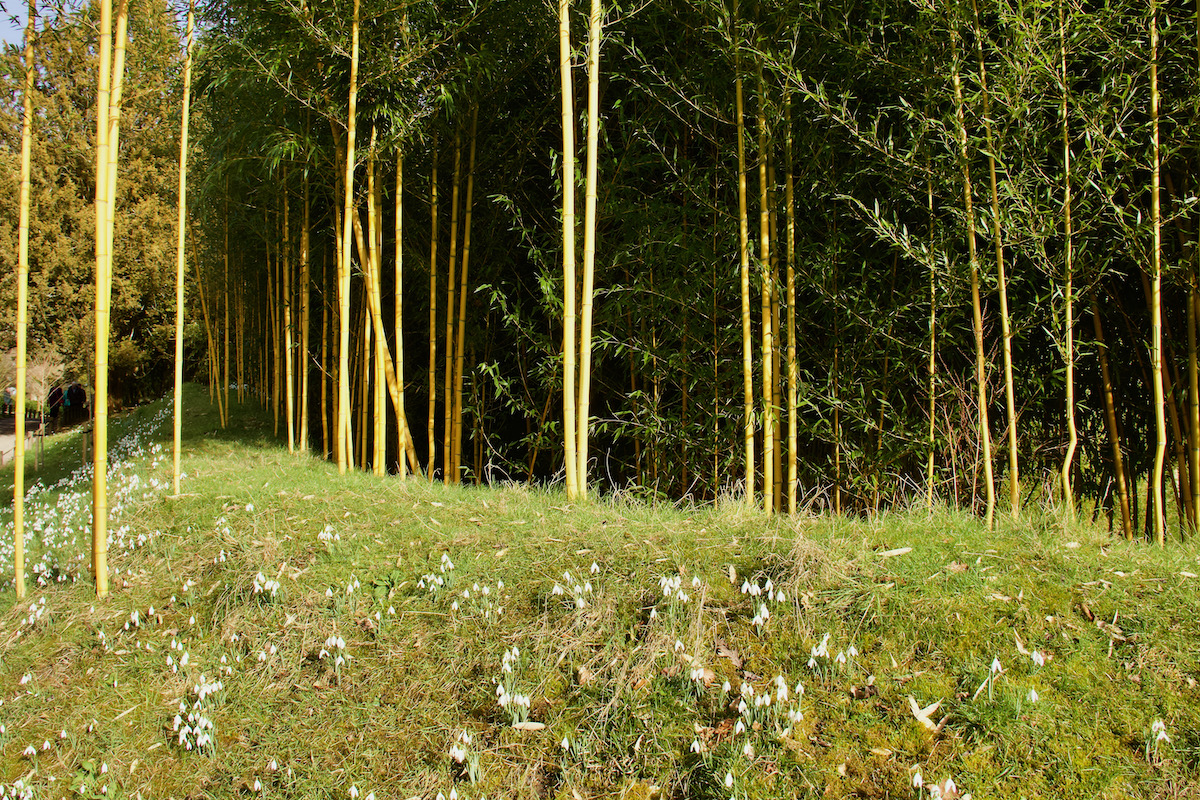 As I make my way through the crowds I hear regular visitors exclaiming this is the best display they have ever seen in all the years they have been coming here. I make my way back to the car park via the Philae Obelisk and through the formal garden by the house. I had intended to have a coffee in The Stables café but there is a long queue at the café. So I make my way to the now over-crowded car park - where cars are queuing for a space to become available – and head for the flat and a coffee with a salted caramel cookie. 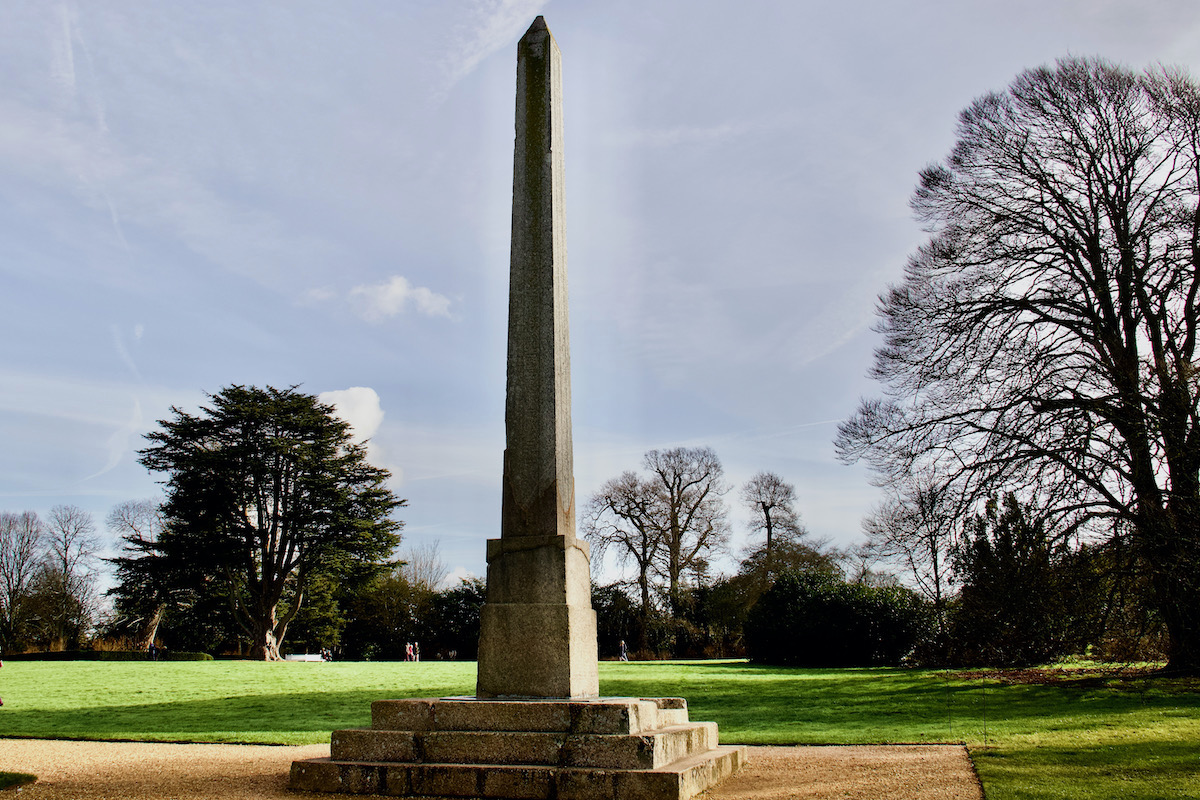 Non-EU imports in the UK overtook trade with the bloc last year for the first time since records began. New data shows UK imports from the European Union last year at their lowest showing the clear impact of the UK’s Brexit vote on international trade.

Destination today, Sir Harold Hillier Gardens near Romsey in Hampshire where I am meeting my friend from Winchester for walk. We arrive at the same time (courtesy of my very efficient sat nav Waze). We start in the Winter Garden which is a blaze of colour. The red and orange shrubs resemble a fire raging around bare, silver-trunked trees. 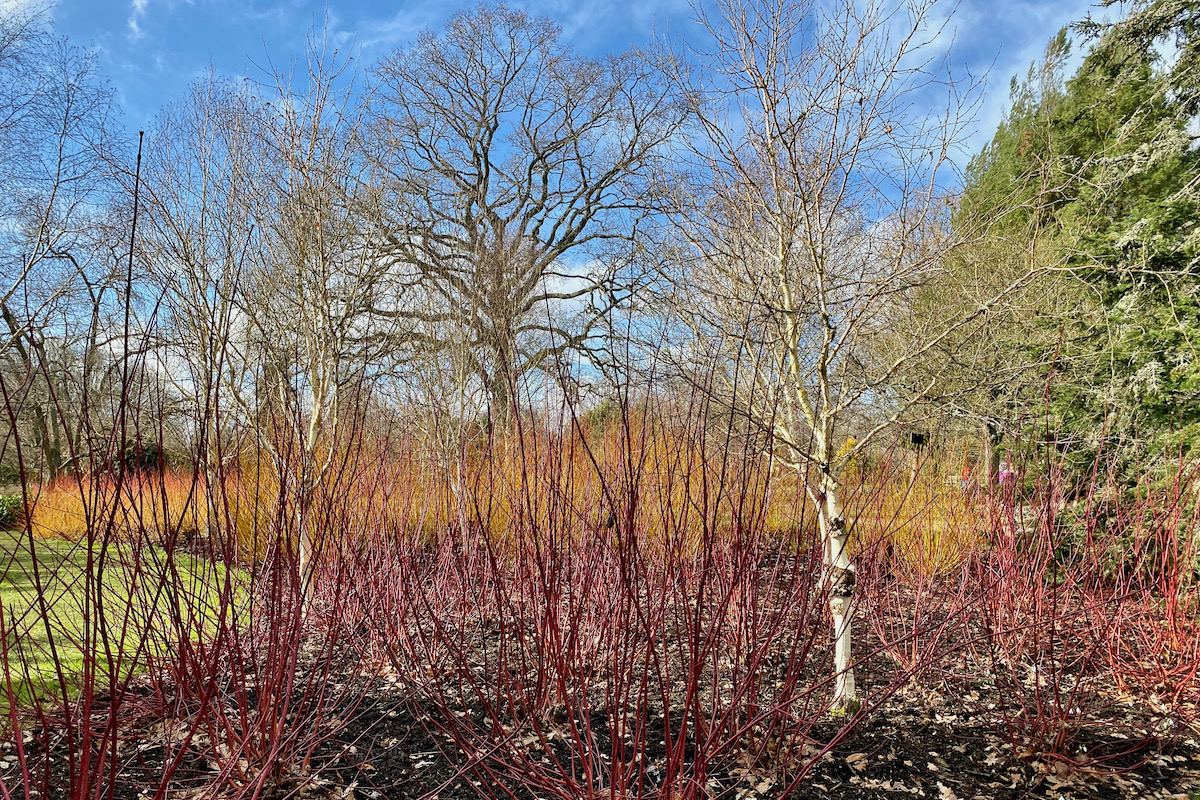 Next stop the pond. Here we find some strange, bedraggled plants on its banks. They look like the day after the Day of the Triffids. Beyond the pond is the Tilier Café where we stop for a sandwich and a cup of tea. 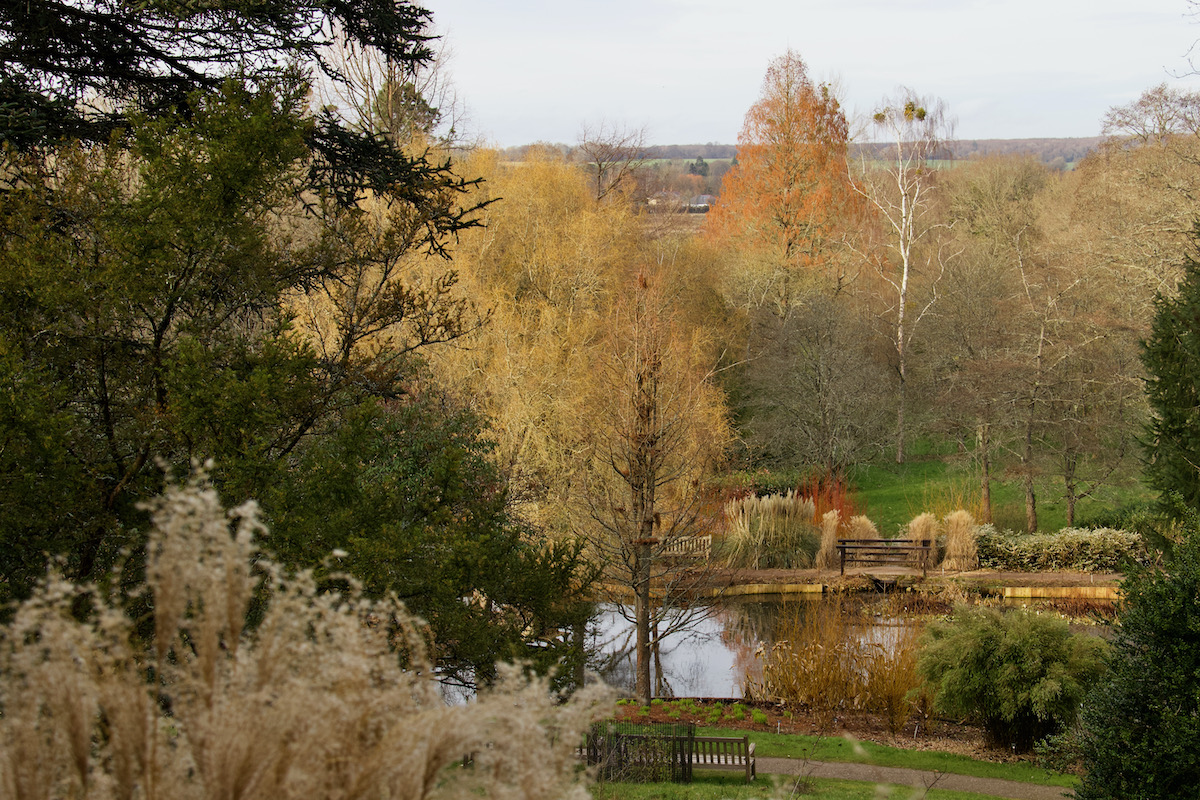 When we set off again we walk along Magnolia Avenue where some camellias are starting to bloom and display their exquisite colours. Patches of snowdrops litter the ground around the trees. It is certainly a good year for them. This takes us to the Heather Garden with some impressive golden heathers. We continue our walk through along a path through the extensive parkland and back to the entrance and a wander around the art gallery and the shop before leaving. 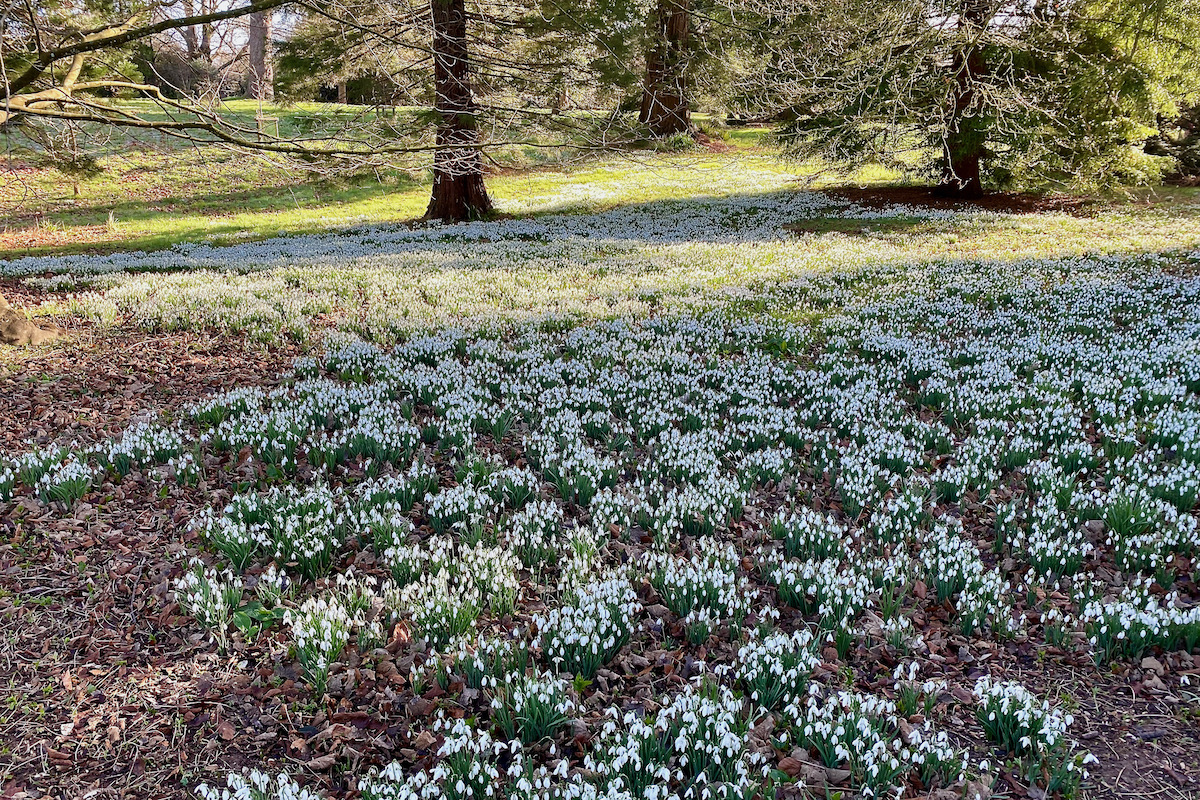 Next Covid strain could kill many more, warn scientists as demands grow for government science chiefs to reveal evidence backing move to lift last protective measures. A future variant of Covid-19 could be much more dangerous and cause far higher numbers of deaths and cases of serious illness than Omicron, leading UK scientists have warned.

I have invited a friend for dinner tomorrow so I need to buy the food today and head for the Marks & Spencer Food Hall. Generally, I shop at Sainsbury’s in Poole but having had so many disappointments recently regarding the quality of their fresh fruit and vegetables I decide to go somewhere more reliable for quality. It is very windy and raining very heavily – just the sort of day when you need shelter while waiting for the bus. A few weeks ago our old bus shelter was taken away and replaced by a new, larger one. But, it was put in a different position – right on the spot where the path floods every time it rains. So no shelter, I have to stand in the wind and rain waiting for the bus to arrive. 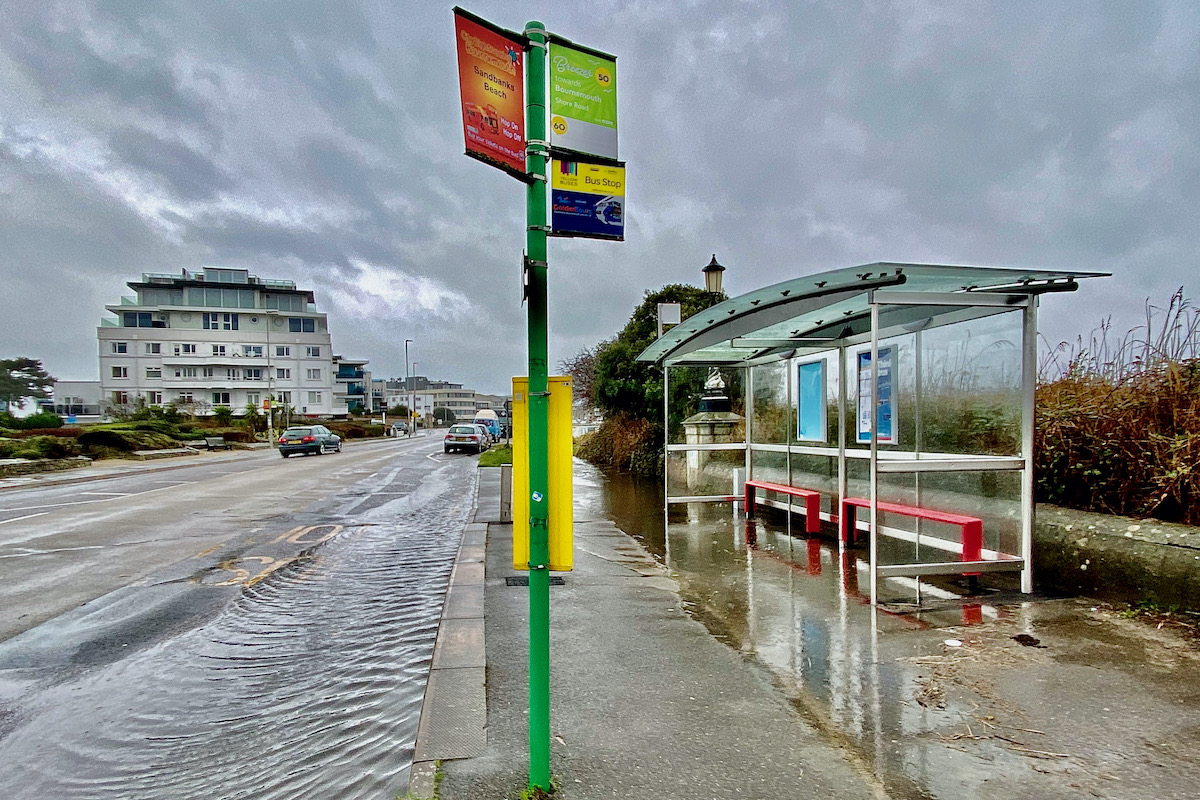 Johnson ‘focused on the job’ despite police quiz over partygate, minister says despite having to answer the questions of police investigating alleged lockdown breaches in Downing Street and will “fight” and will win the next general election as he faces the prospect of Tory MPs forcing a vote to oust him as leader.