Bergen: The Grand Opening of the Christmas Season

This year on November 19 crowds flocked to Bergen to celebrate the Grand Opening of the Christmas Season in Norway – and I was amongst them.

For me the celebrations stared with the Festival of Lights (Lysfesten) that was taking place around lake Lille Lungegårdsvann in the centre of Bergen. I then moved on to the Gingerbread Town (Pepperkakebyen) and, finally, LUMAGICA in the park surrounding Bergen Fortress (Bergenhus Festning). 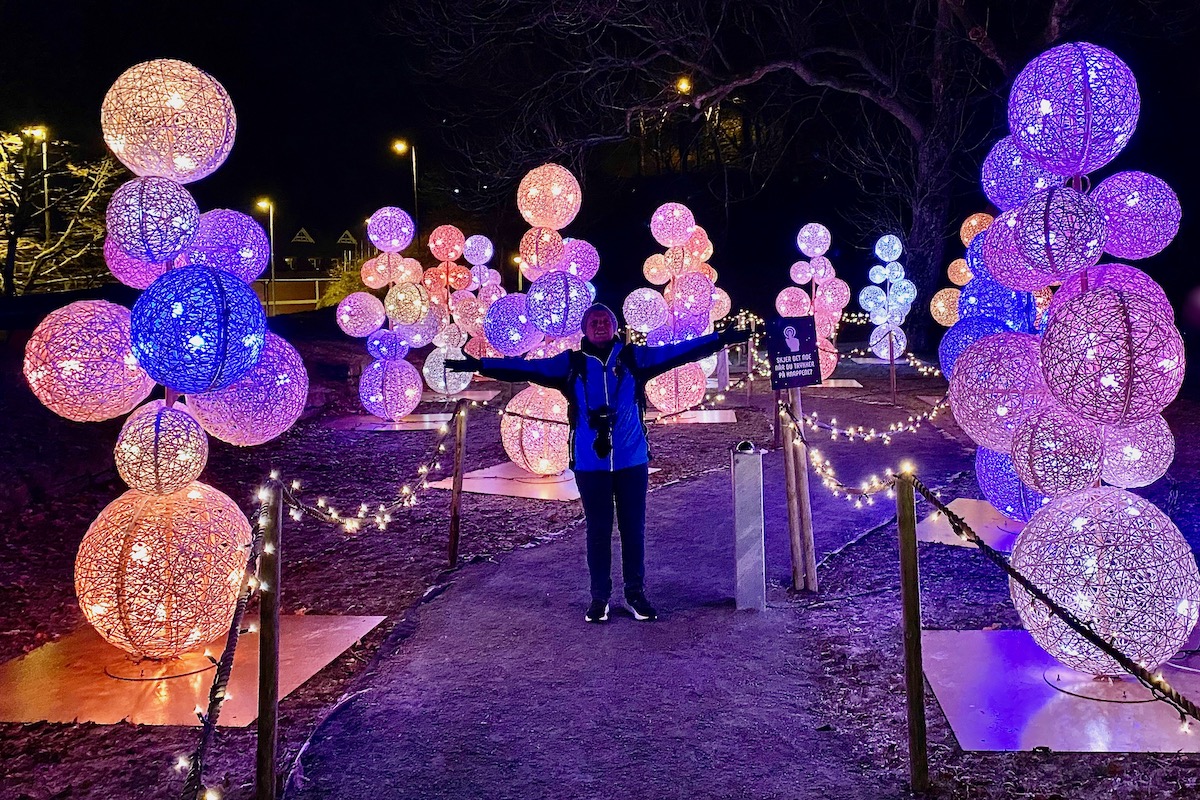 The Festival of Lights in Bergen, Norway

I joined the crowds heading for the lake Lille Lungegårdsvann. Already the atmosphere was electric and I did a circuit of the lake just enjoying the excitement that was tangible around me. Every year thousands of Bergenser flocked to this lakeside to enjoy the celebrations marking the Grand Opening of the Christmas Season. A stage and a large screen had been set up at one end of the lake so that everyone could watch the ceremony as it took place. Speeches were made and the air around me resonated with the notes of some beautiful singing by different choirs including children’s choirs. 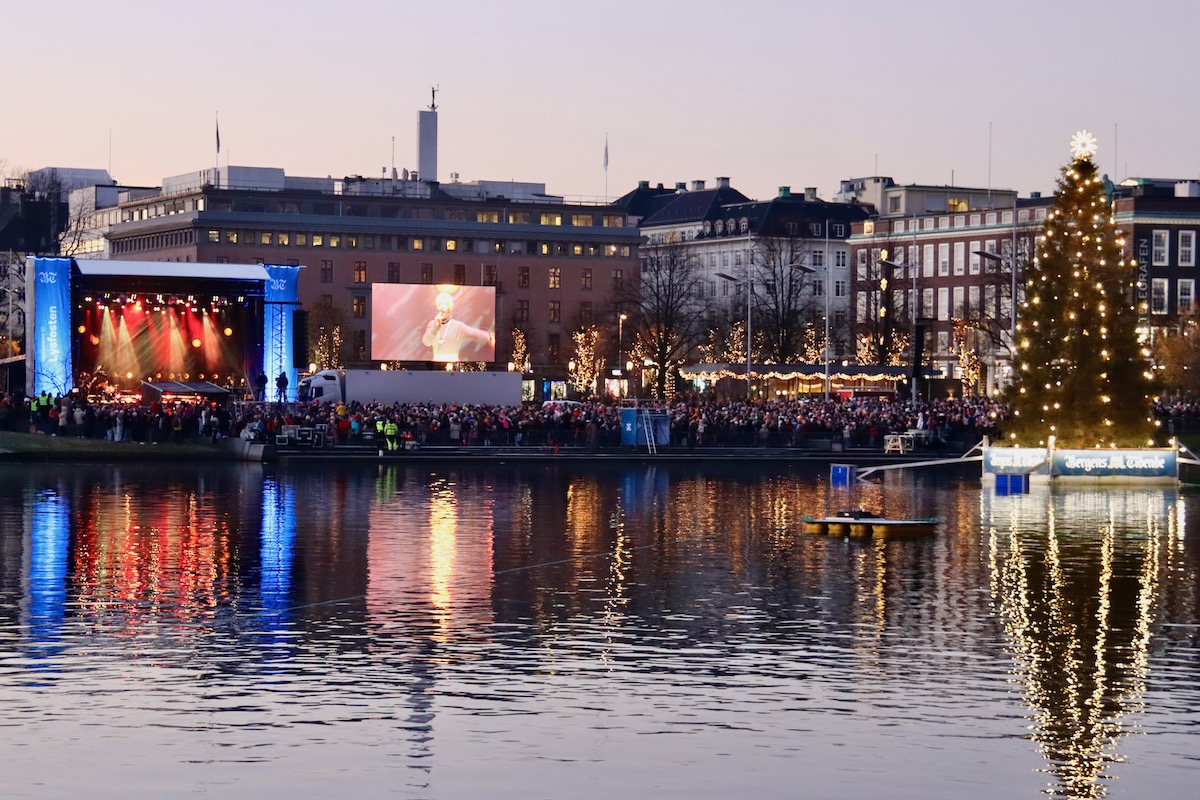 Even the swans came along to enjoy the occasion. 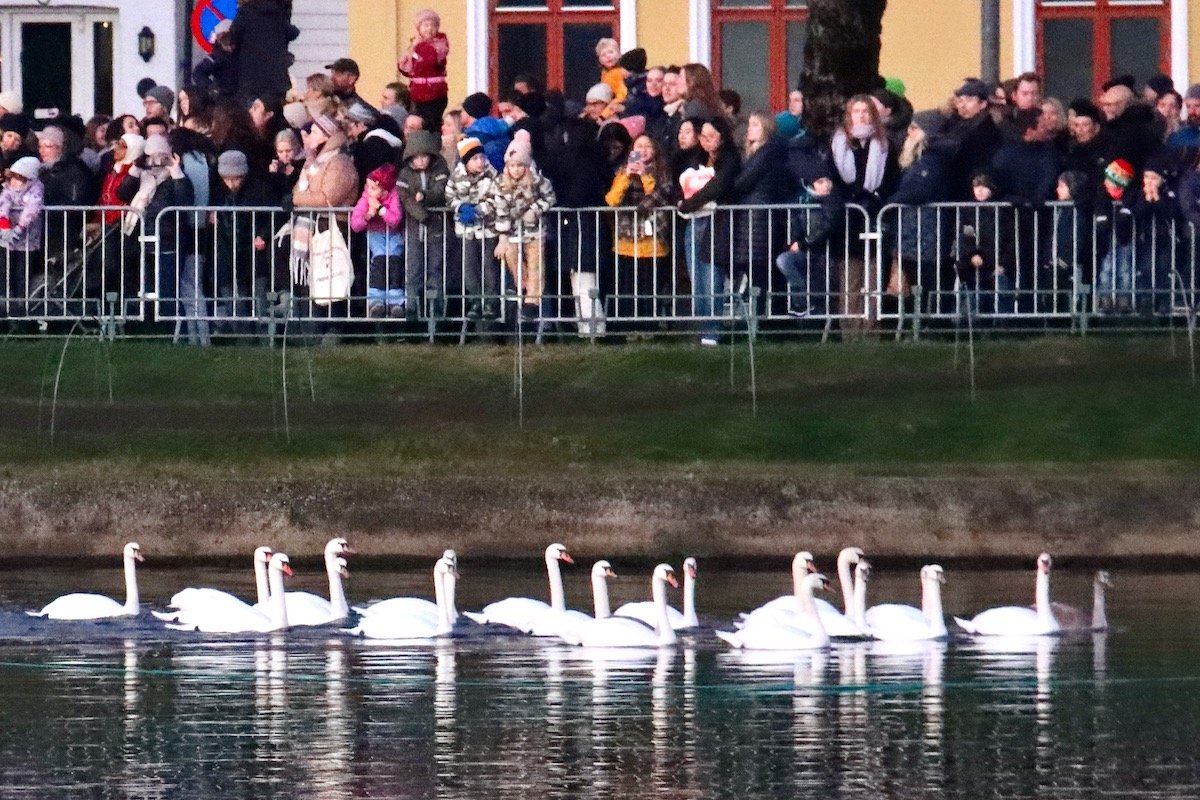 To mark the start of the Christmas season torches were lit, Christmas decorations around the lake were turned on. Many people in the audience switched on the torches on their mobile phones and pinpricks of light danced in the darkness. The celebrations ended with a fabulous firework display. It was a clear night which enhanced the brilliance of the lights that surrounded us. As the last firework faded into the night sky I made my way to the Gingerbread Town (Pepperkakebyen). 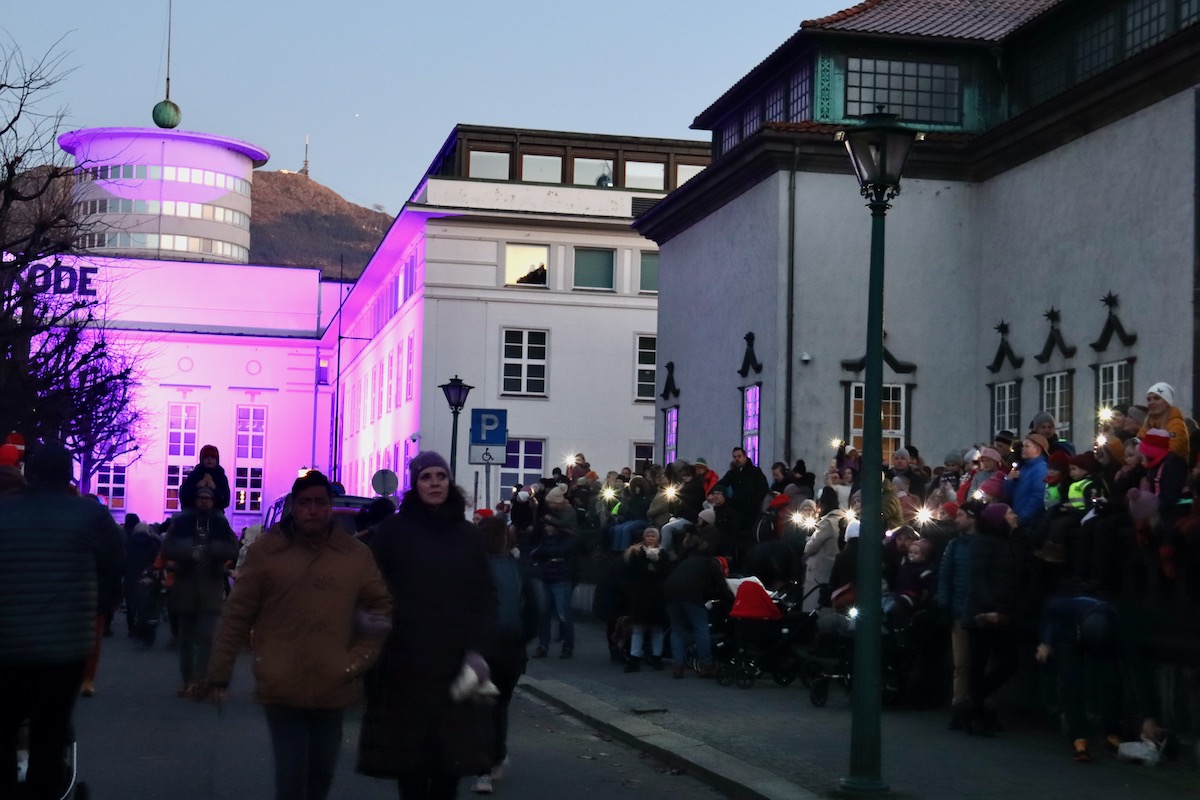 The Gingerbread Town in Bergen, Norway

Kode4, one of string of art galleries along the shores of lake Lille Lungegårdsvann is home to the annual Gingerbread Town. It is the largest exhibition of its kind in the world and occupies the two galleries on the third floor. Many of the exhibits are made by the people of Bergen. The centrepiece is a town featuring exquisite houses, hotels, train stations and fairy tale castles. 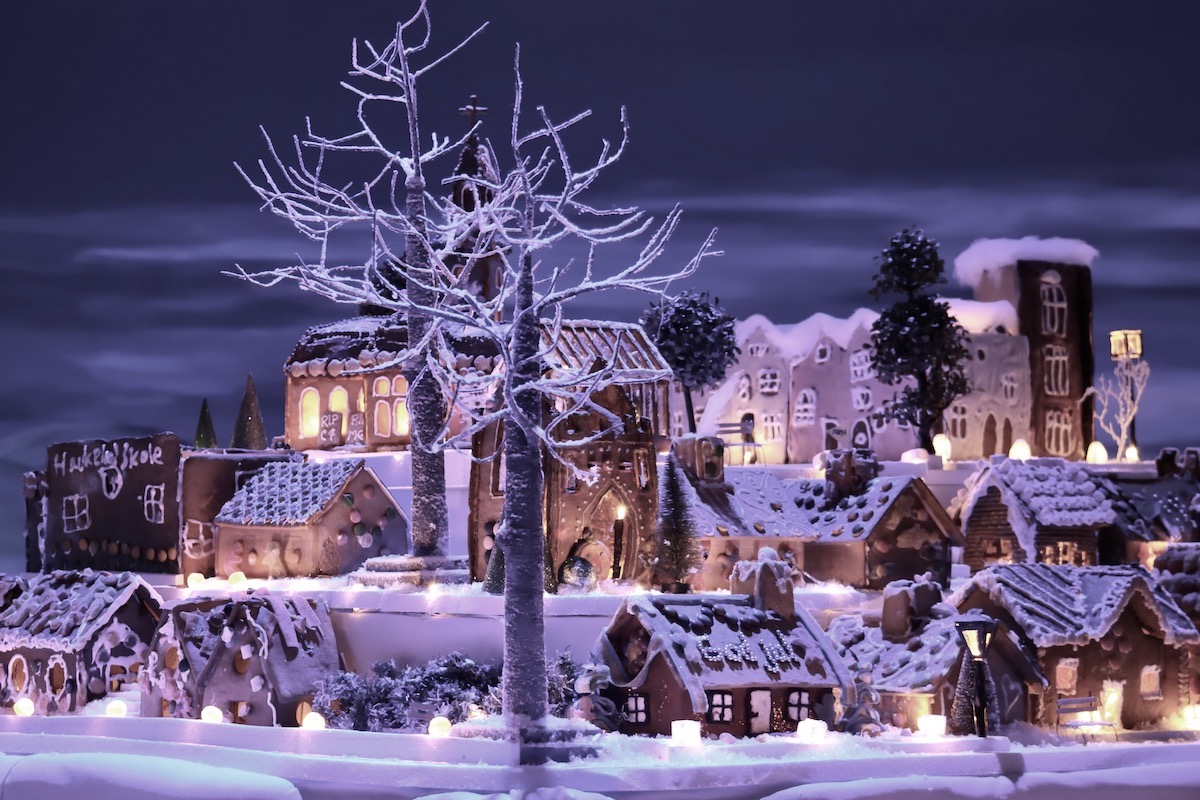 The second gallery features set pieces including a harbour with a lighthouse and a ship approaching it. 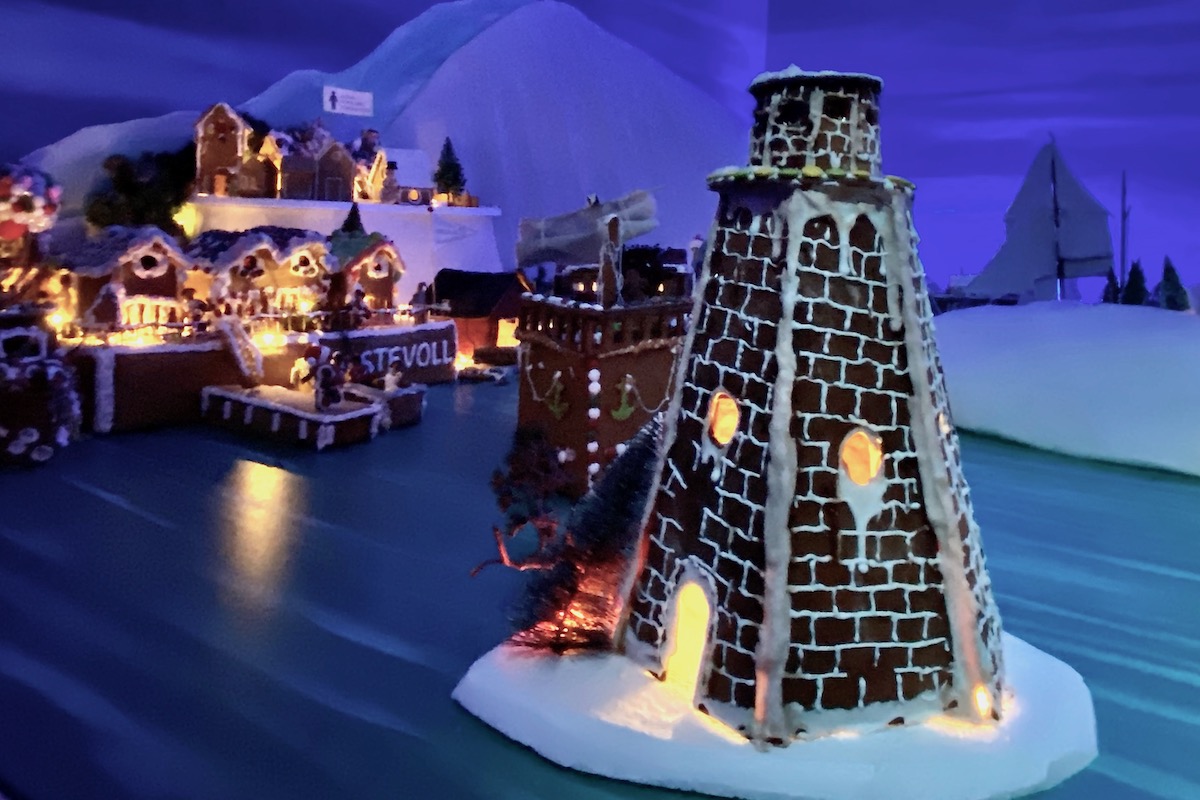 There are also individual models from rockets to a sewing machines – all made of edible gingerbread. The smell of gingerbread pervades the atmosphere and one is tempted to snap of a section of roof to taste it. The detail and delicacy of all the items on display is impressive as is the imagination of their creators. It is truly a unique display. I could have spent a lot longer here but I have one more visit to make this evening – LUMAGICA in the park surrounding Bergen Fortress (Bergenhus Festning). 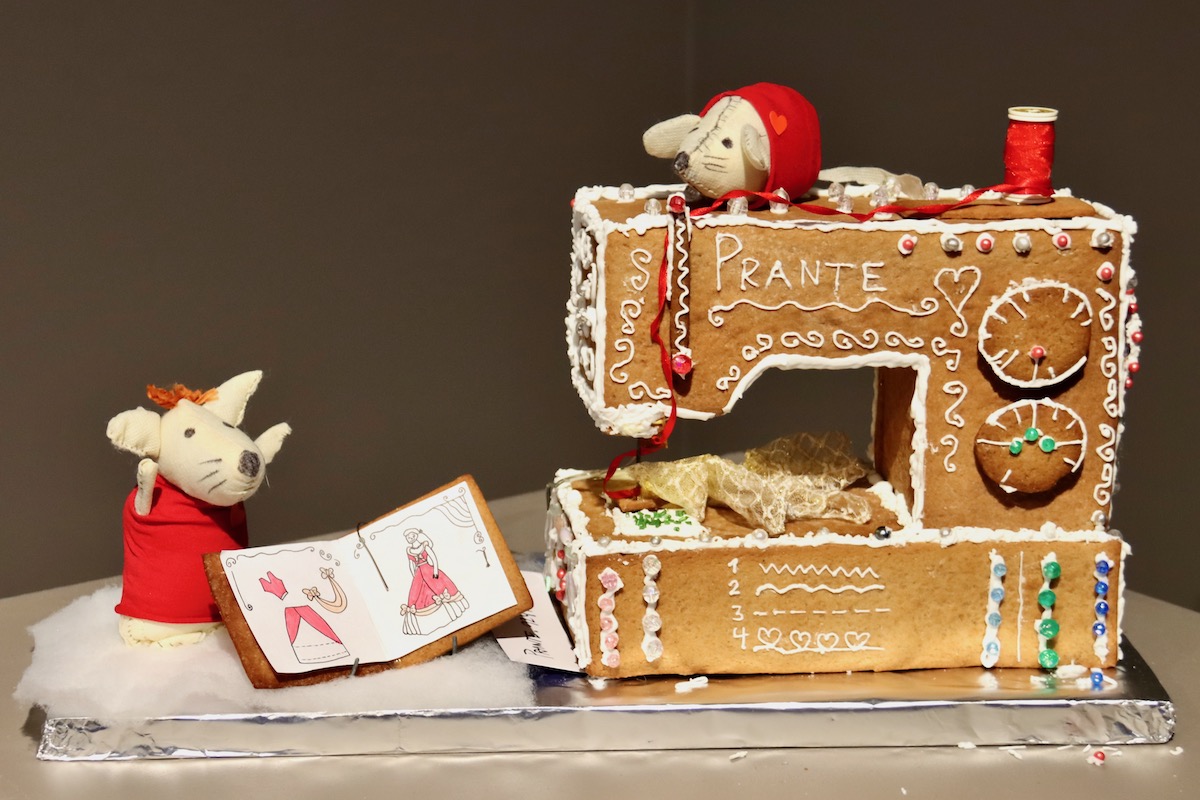 LUMAGICA in the Fortress of Bergen in Norway

I love the magic of lights and music combined and I was not disappointed as I followed the illuminated path around Bergen Fortress. Illuminated animals lined my way – giant-sized squirrels, a fox, a dragon, a family of penguins and several reindeer were just delightful. 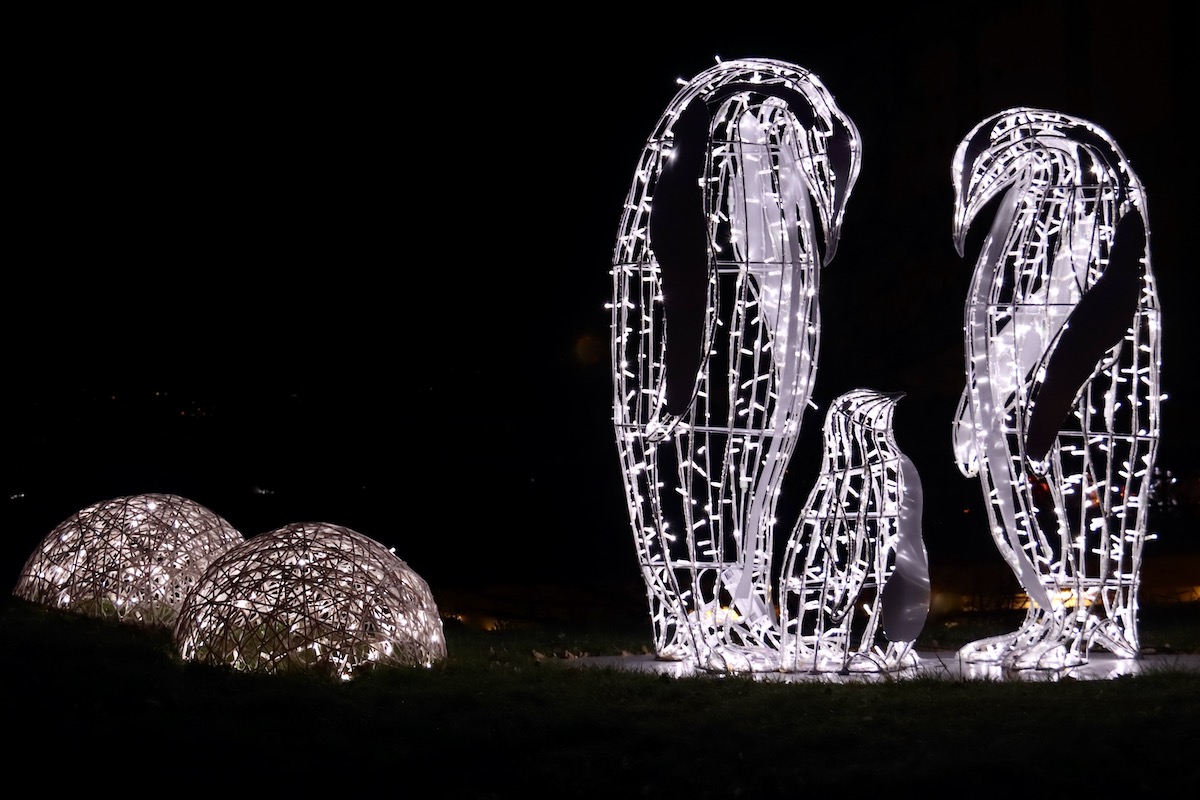 There are more than forty illuminated installations along my way including several trees of light and a magnificent peacock that change colour – some at the clap of hands. There is also ship sailing amongst a shoal of fish which was my favourite. It looks pretty good in the light of day as well. It was a lovely end to an evening that had definitely ignited the spirit of Christmas – surrounded, as I was by glorious golden lights. 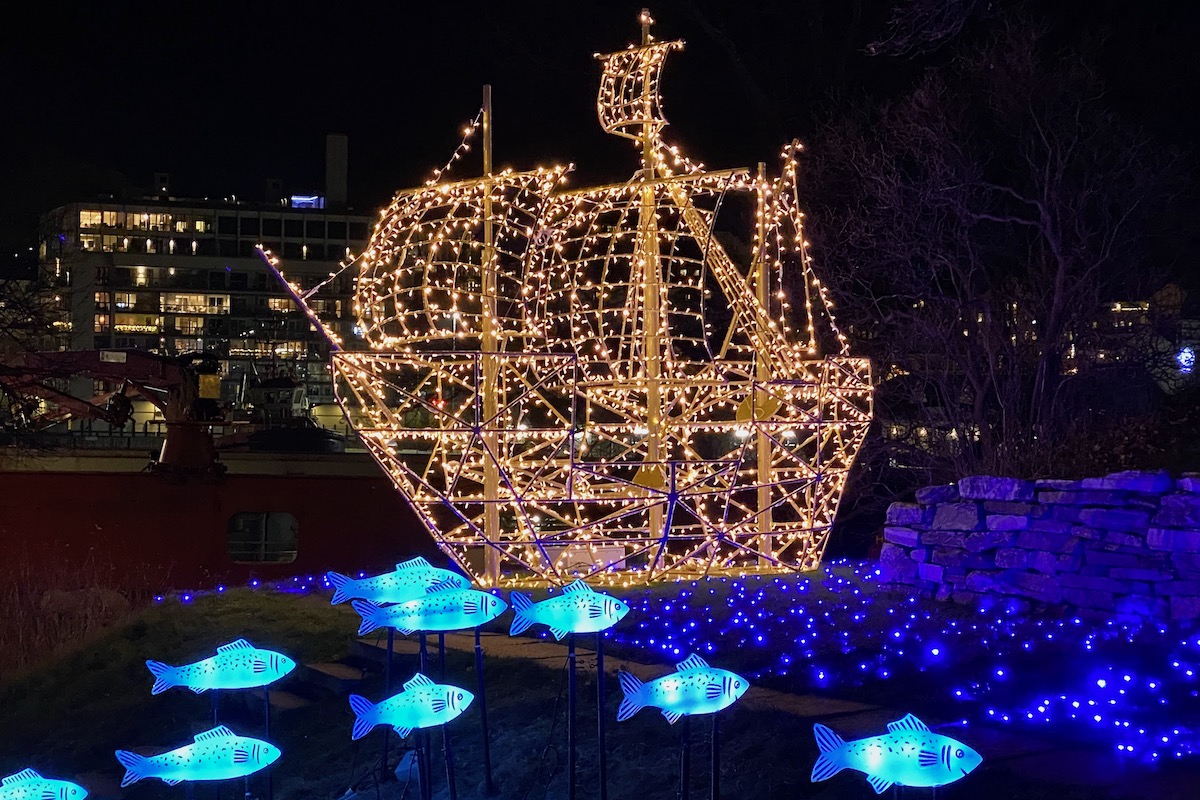 For more information about the attractions featured above and the famous Christmas Markets see the Visit Bergen website.

Getting there: Widerøe operate a daily flight from Heathrow to Bergen and several flights every day from Aberdeen to Bergen.

This feature is based on the personal experience of Valery, an ExperiencedTraveller.