Leonardslee Lakes and Gardens in Bloom

Ripples of brilliant colours take my eye down to the lakes below me as I stand on the view point at the top of The Dell.

This view was one of many highlights during my visit to Leonardslee Lakes & Gardens in May. I was delighted to find the amazing displays of rhododendrons, azaleas, camellias, magnolias and bluebells were still in bloom. 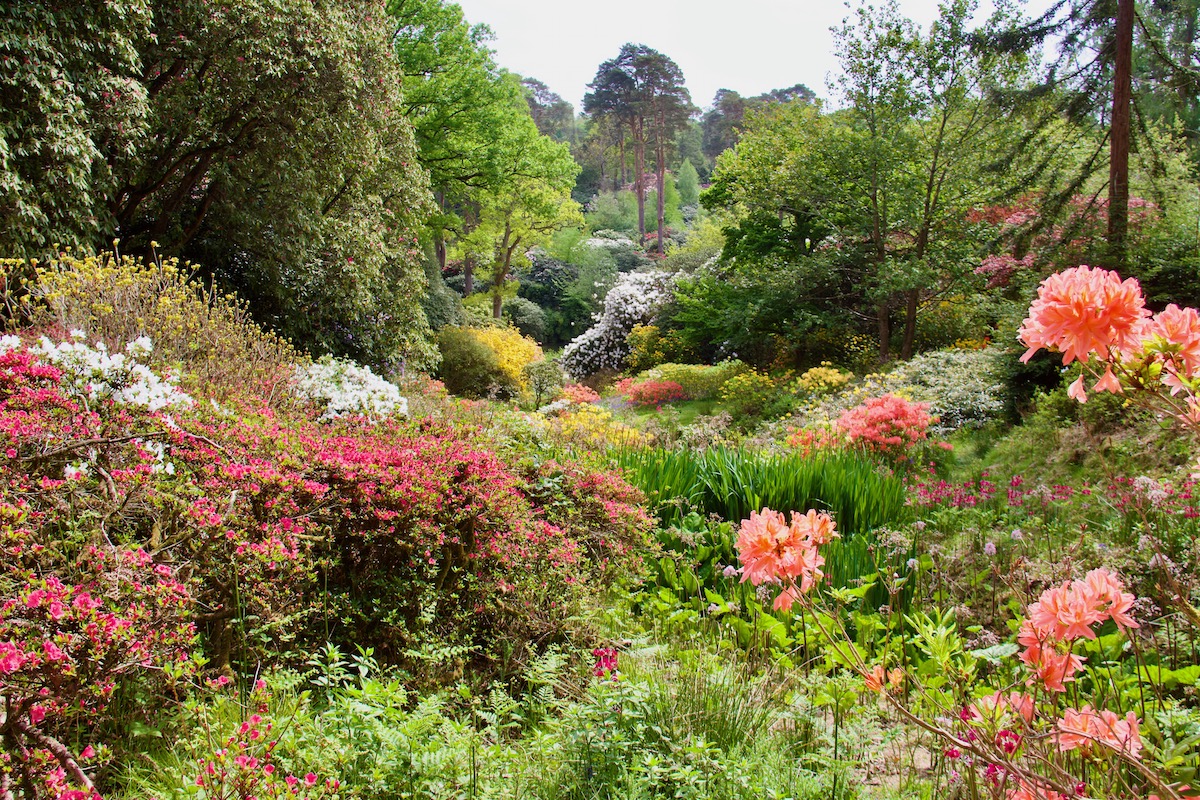 These landscaped Grade 1 listed woodland gardens were first planted in 1801. Closed to the public for ten years they were re-opened in 2019 after the estate was acquired and renovated by Penny Streeter, OBE. The extensive grounds feature formal gardens, seven linked lakes, a deer park and an integrated sculpture park.

The Gardens at Leonardslee Lakes & Gardens

After a reviving cup of coffee in the Clock Tower Café I head for the Rock Garden. I follow the narrow paths on different levels that lead me through corridors of brilliant rhododendrons. In the back ground I can hear the gush of water and follow this sound to a pretty grotto, the central feature.

The Loderi Garden is the oldest garden here and features old rhododendrons, giant conifers and hidden palm trees. Beyond this area I walked through The Dell to a view point over a massive carpet of blossoms that spreads down to the lakes below. A marble table in this area commemorates Sir Edmund Loder who created the gardens and used them between 1889 to 1920.  I found a pretty path down to Clapper Pond, the first of the seven lakes around which the gardens are landscaped. 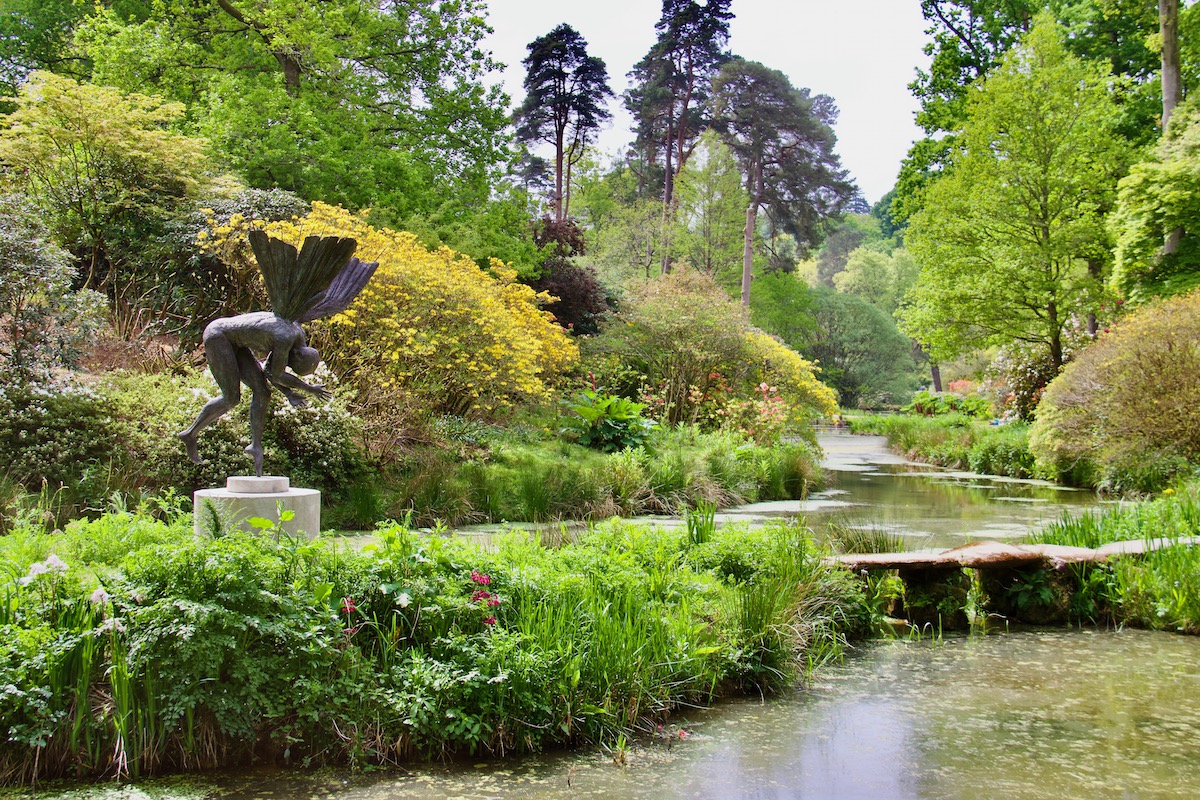 The Lakes at Leonardslee Lakes & Gardens

Originally the gardens at Leonardslee were dug out as ‘hammer ponds’ and used for smelting iron ore to make cannonballs for the armies of Oliver Cromwell. Today, the seven lakes on the estate are an ornamental feature and home to a wide variety of wildlife. 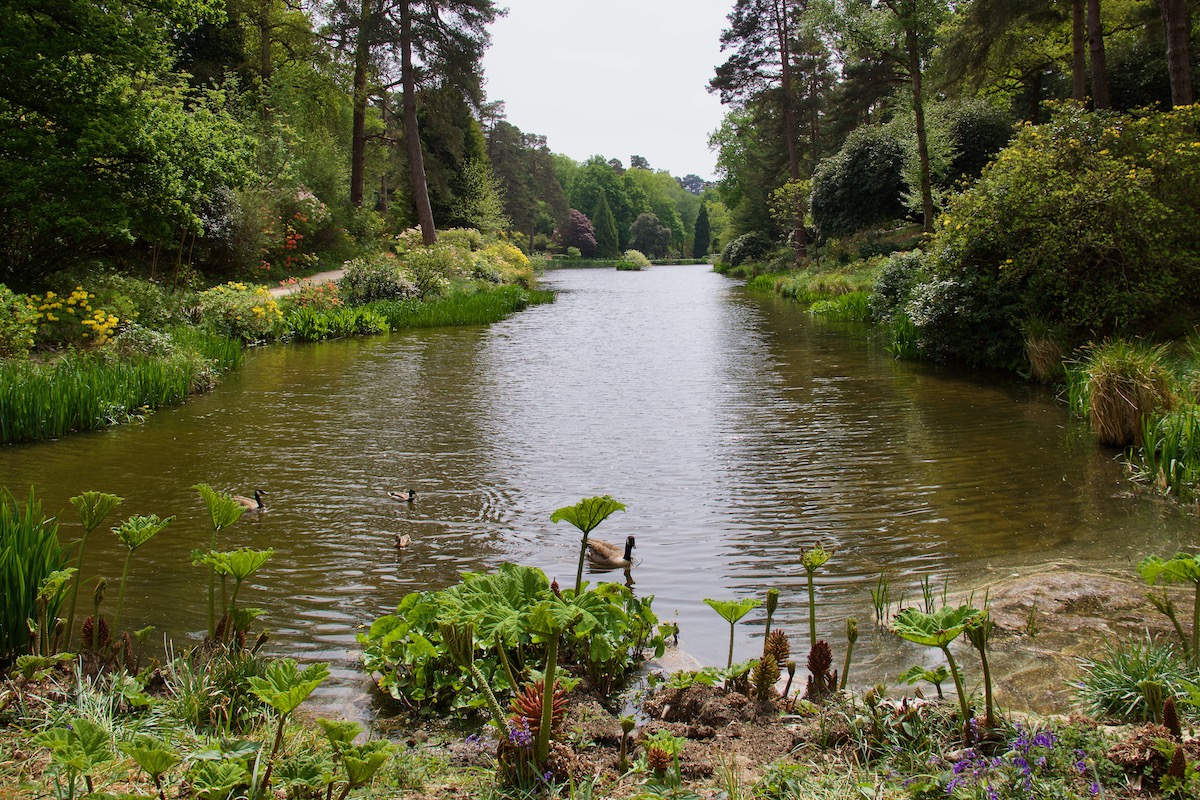 The combination of water, trees, shrubs and flowers are the ideal setting for the Sculpture Park that was opened here in 2021. These works of art add a new dimension to the park and they pop up everywhere – each with an interesting quote. 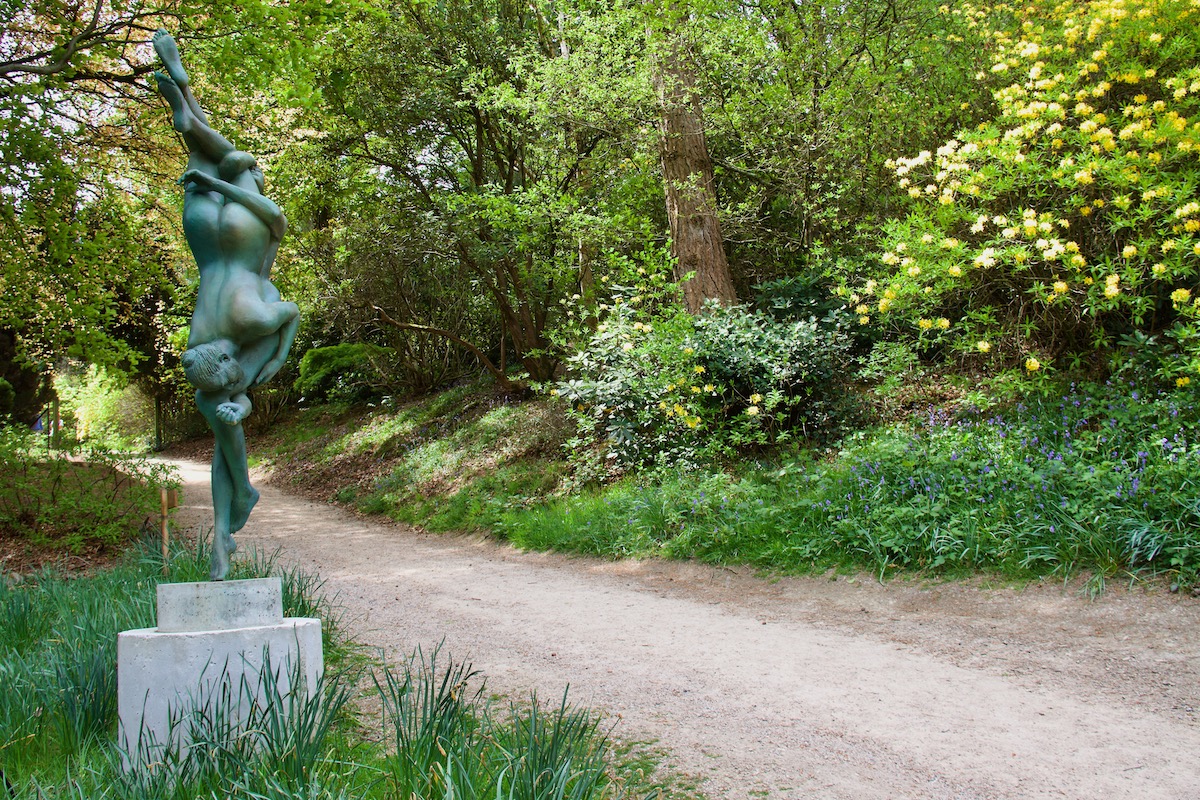 The Sculptures at Leonardslee Lakes & Gardens

Europe’s largest presentation by a single artist, South African sculptor Anton Smit, and known as The Walk of Life adds a new dimension to the lakes and gardens of Leonardslee. More than eighty works from colossal heads, entwined female bodies and warriors line the paths and lurk in the trees. They certainly add a new dimension to a stroll through woodlands and beside the waters that surround Leonardslee House. Some of his work is also on display inside the house itself. 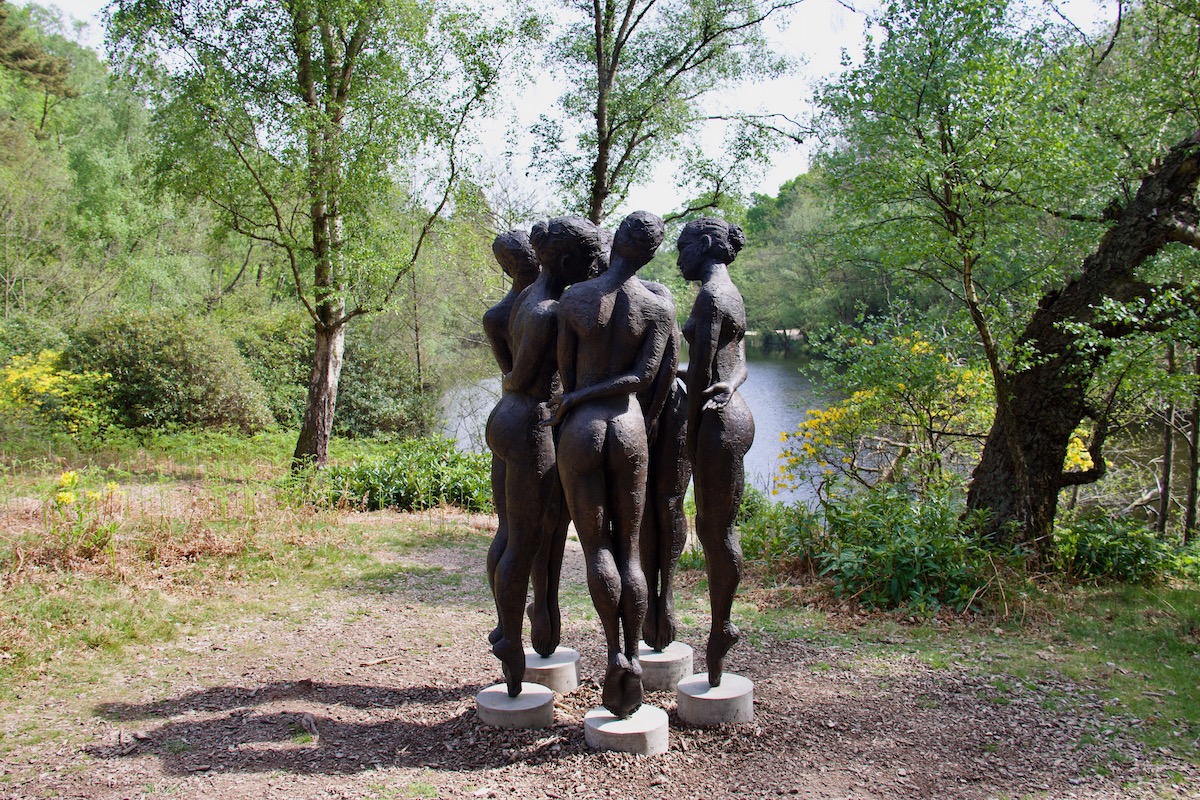 The House at Leonardslee Lakes & Gardens

Leonardslee House, a nineteenth-century Italianate style house was built above a valley now home to the Leonardslee Lakes and Gardens. This lovely property includes ten charming bedrooms, the Michelin starred Restaurant Interlude, afternoon tea and an art gallery. Outside the house is the magnificent Copper Tree and Fountain. Behind the house extensive lawns sweep down to the vineyard. 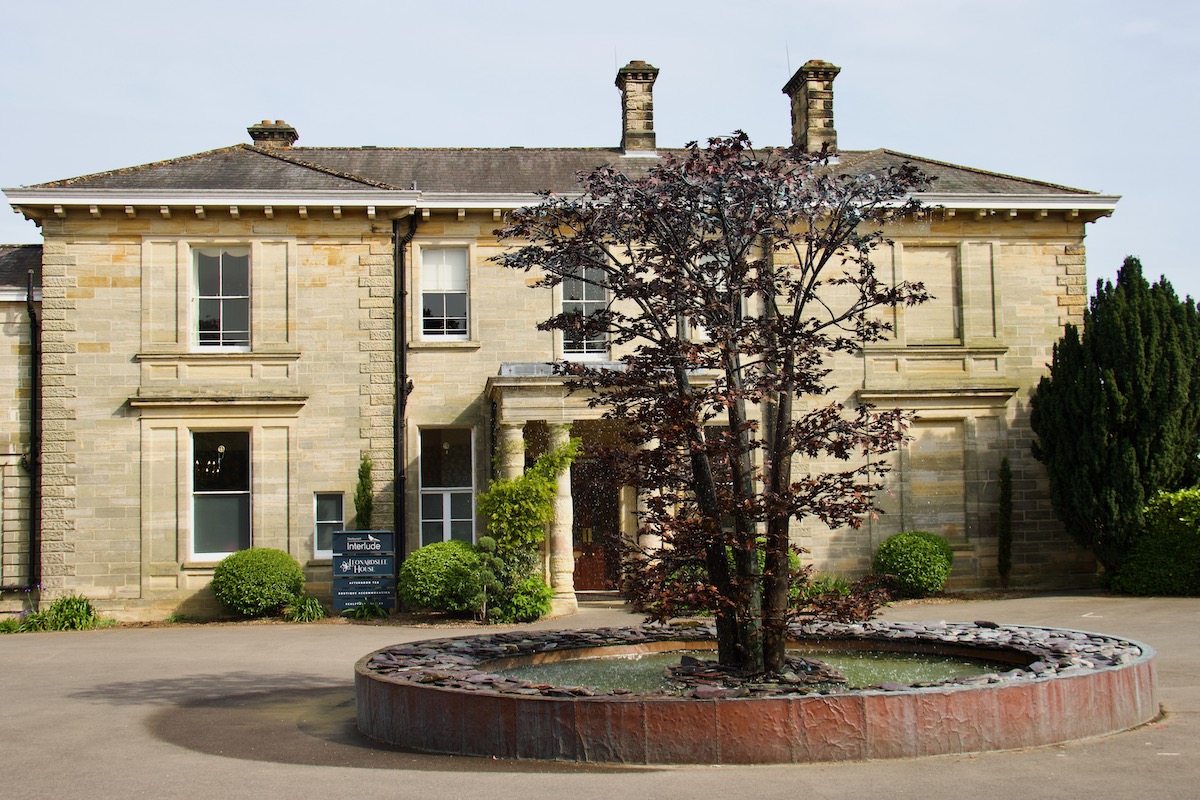 The Vineyard at Leonardslee Lakes & Gardens

Leonardslee boasts England’s First Pinotage Vineyard and had its first harvest in autumn 2020 and intends to release its first English wine in 2023. Meanwhile, a variety of tasting experiences are offered to experience the award-winning wines from a sister estate in South Africa. The vineyard has a picnic area and for those who did not pack a picnic one can be purchased from the Clock Tower Café. Next to the vineyard is the Wallaby Enclosure but they are not the only animals that have made their home here. 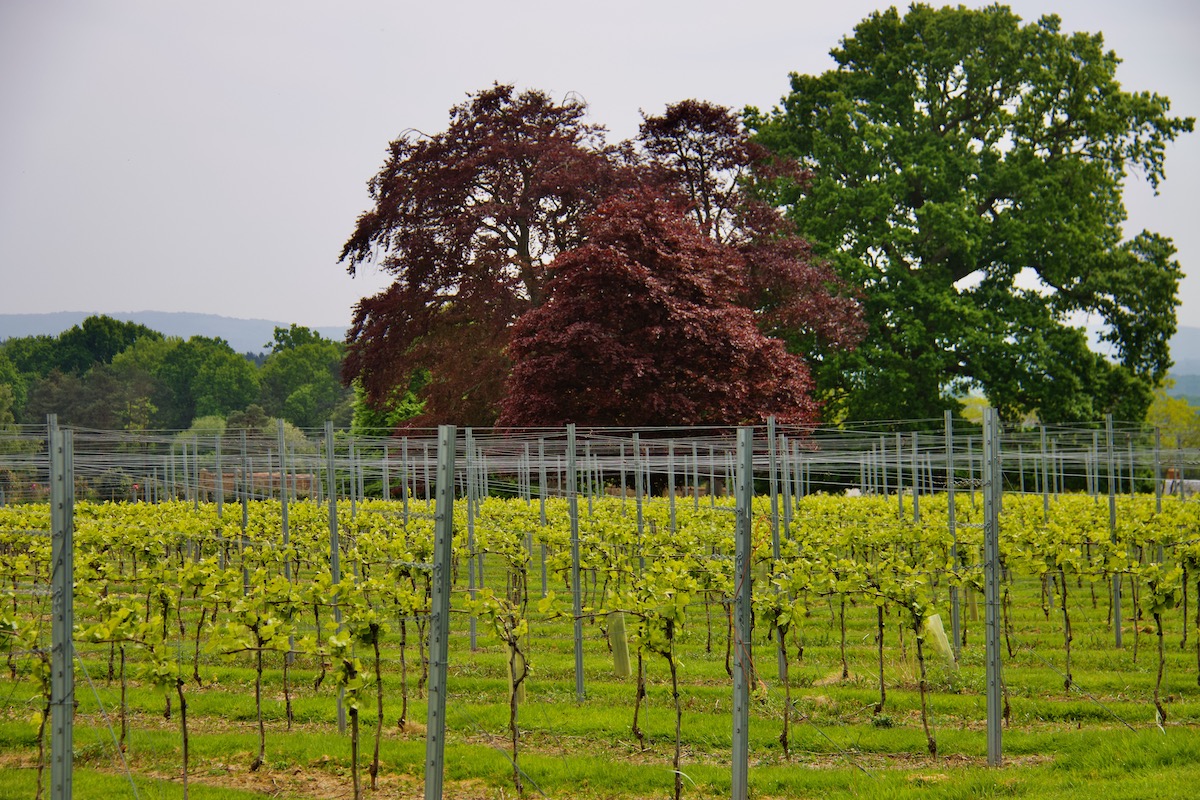 The Animals at Leonardslee Lakes & Gardens

A colony of wallabies, that still lives here, was brought to Leonardslee during the late 1800s by Sir Edmund Loder. He was a great Victorian collector of flora and fauna and also introduced exotic plants from faraway places to his gardens. The thick coats of these animals keep them warm in our cold English winters. They roam freely in the grounds but there is also an enclosure where the mothers and babies or joeys stay during the breeding season. Visitors are sure to see wallabies here but may not spot them when they are out and about. 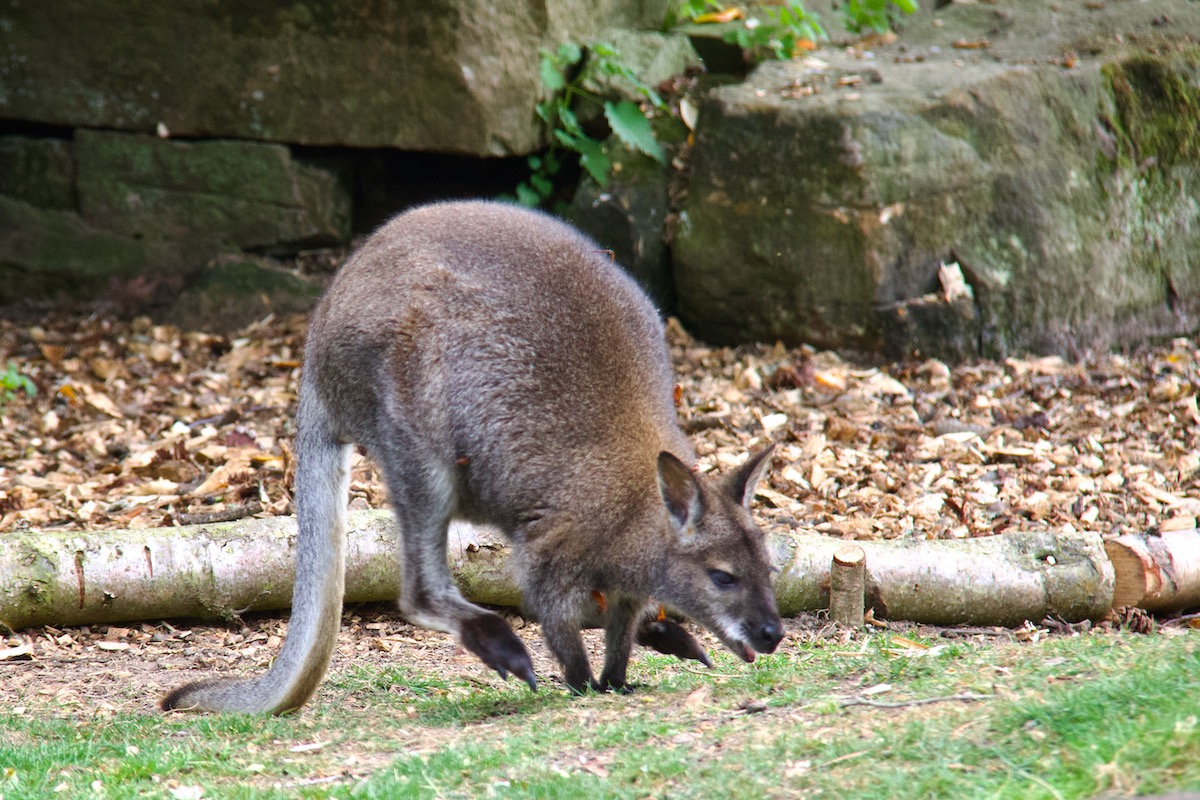 A deer park that occupies around one-hundred acres is home to a large herd of deer consisting of Sika and Fallow deer. I really enjoyed walking through this natural parkland area even though I did not see any deer. But I did see plenty of wildlife around the lakes including a pair of geese with goslings, Aylesbury Ducks, Drakes and Mallards. This peaceful environment is also home to several endangered species but I was not lucky enough to spot an of them on this visit. 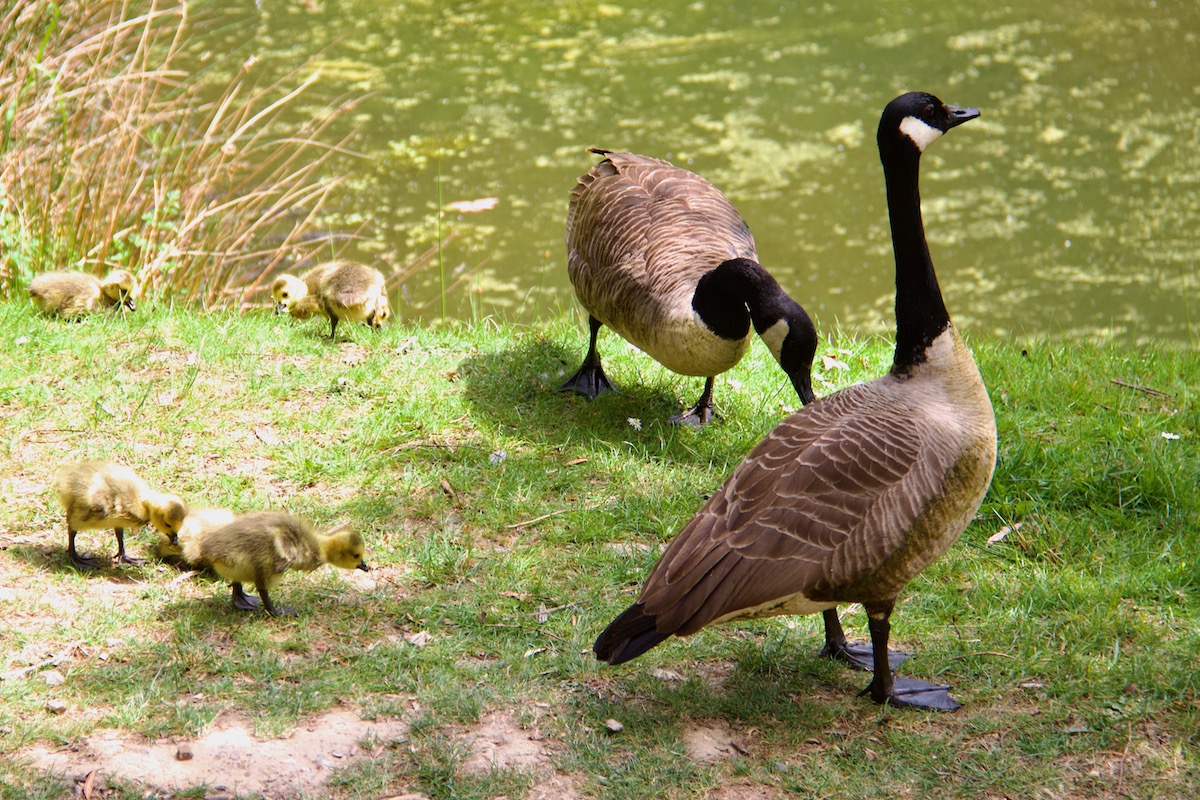 Other attractions at Leonardslee Lakes and Gardens include a Dolls’ House Museum. Where the miniature replicas including the Edwardian house, its rooms and the farm buildings are exquisite. There is also the Engine House Café that offers light snacks, the Courtyard Café and a Farm Shop. So much to do here a day is not long enough.