Exploring Port Erin on the Isle of Man

Cross the Irish Sea, board a steam train and head for the lovely seaside town of Port Erin

Curious, quaint and fascinating the Isle of Man, lies between the North West Coast of England and Ireland, surrounded by the Irish Sea. In spring and summer steam trains chug along its eastern coast to the southern tip and electric trams rattle northwards. The white buildings of little villages and small settlements dot the green pastures of undulating agricultural land. Historic buildings line the streets of its major towns including Douglas, the capital, and Port Erin its southern most town. 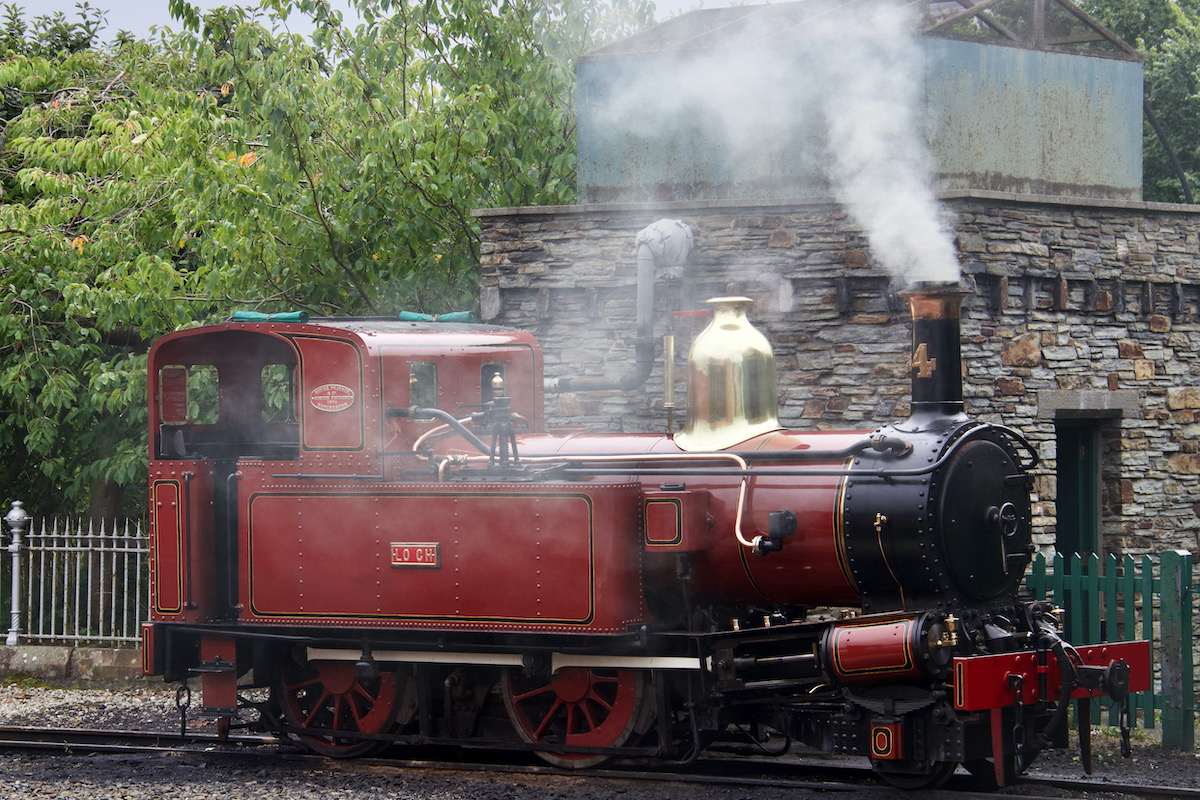 The Isle of Man Steam railway starts in Douglas and terminates in Port Erin, an attractive seaside town. Out of season it is also well-served by public buses from the capital. This little town flourished during the Victorian period as a holiday destination when tourists from the mainland came here to enjoy its sandy beach. Domestic tourism declined during the mid-twentieth century due to the increasing popularity of holidays abroad. But Port Erin remains a favourite with visitors to the island due to its sweeping bay and diversity of attractions. 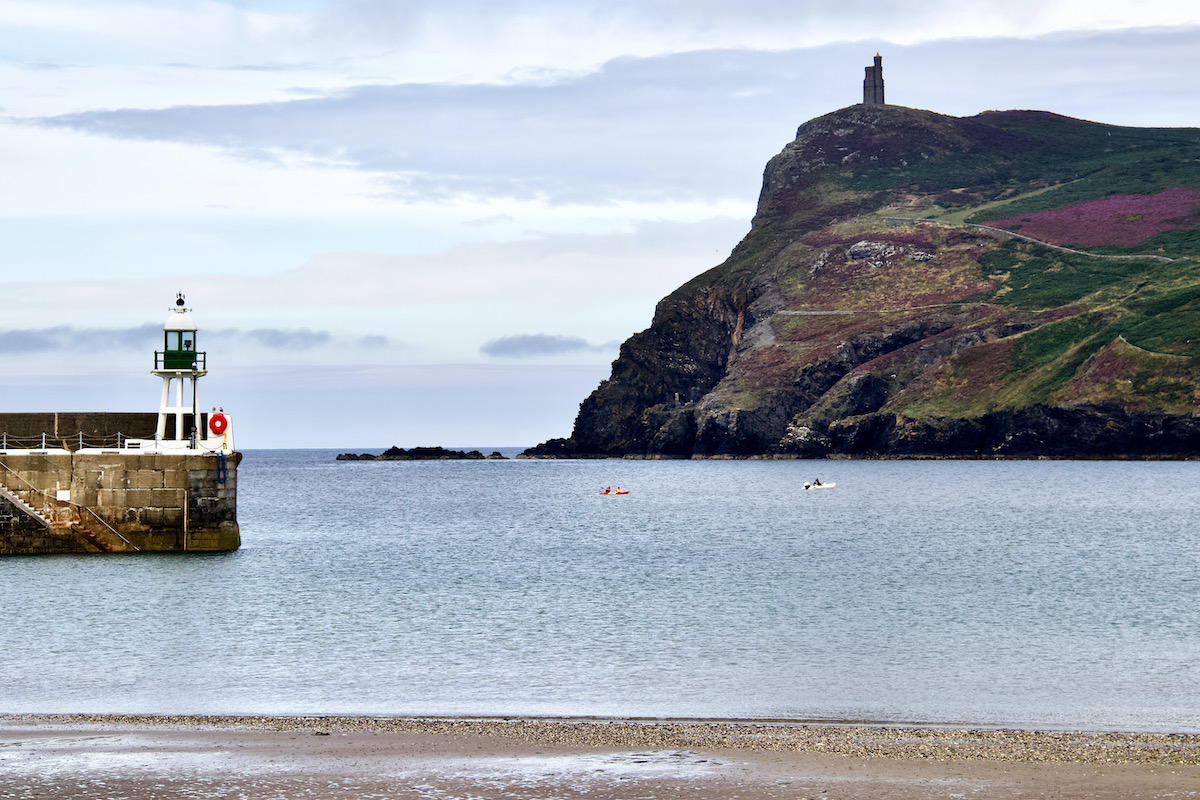 These include the old Collinson’s Café, now a private residence, overlooking the sea at the northern end of the town. The style is Edwardian moving towards Art Deco. Small rosemary tiles decorate the dome and the roofs. This style of decoration was popular during that ear but it is unusual for the Isle of Man. During the Second World War enemy aliens were sent to internment camps and there was one in Port Erin. The internees would meet in Collinson’s café which was also used by interned artists as an arts and crafts centre. 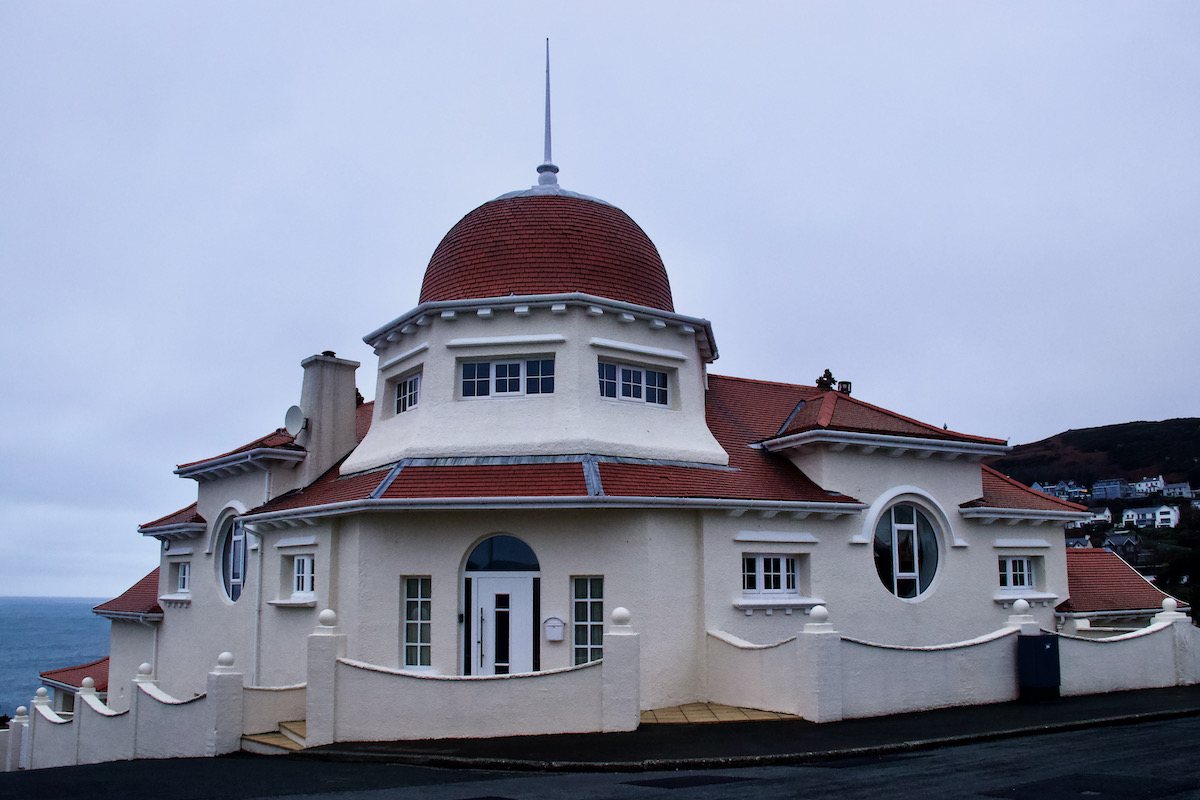 The steam railway station stands in the centre of Port Erin. It is built of the distinctive red Ruabon brick. It was specifically designed to fit into a diagonal site between the platforms and the road nearby. Today, it is a fraction of its original size. Visitors in need of refreshment will find their needs well catered for in the Whistlestop Coffee Shop. Or they may be tempted across the road to the by the aromas emanating from the Port Erin Chippy & Diner, a family run fish and chip business. A more romantic dinner is served aboard the steam trains during the summer season with a break in Port Erin between courses. An opportunity to stroll down to the sea front to watch the sun sink below the horizon beyond the bay. 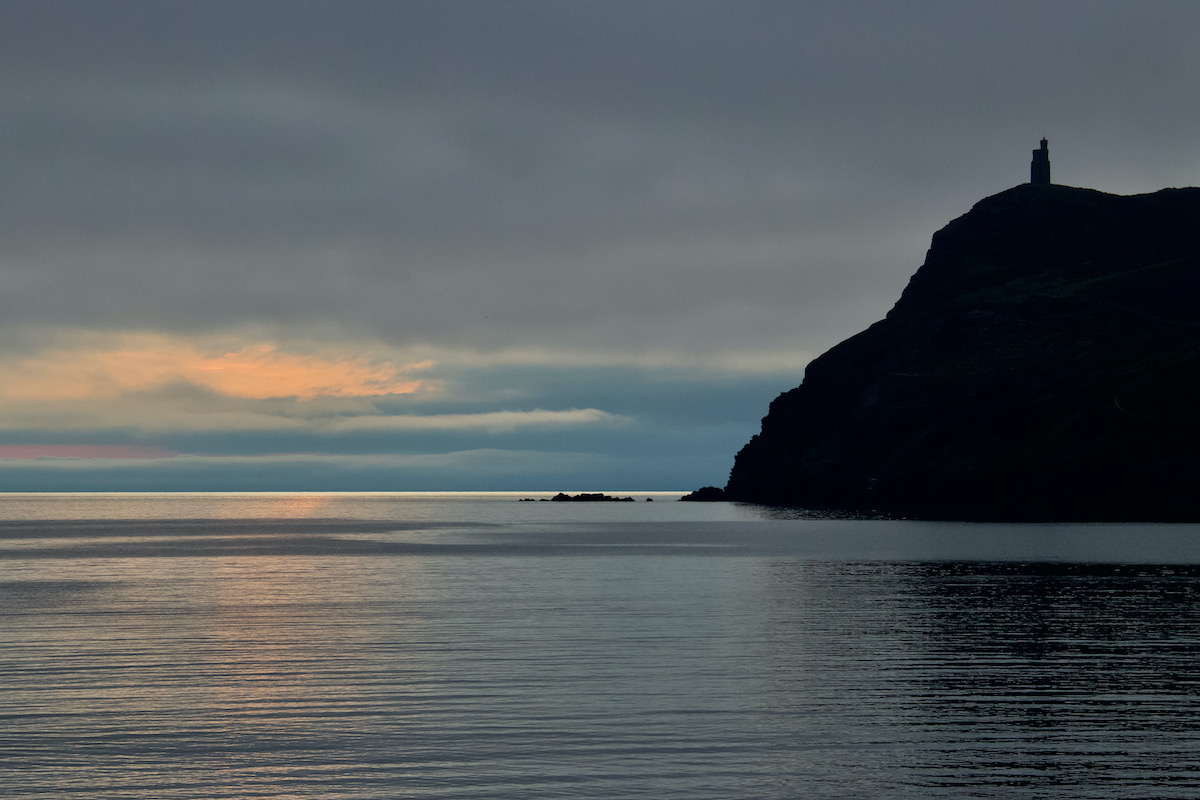 The Port Erin Railway Museum is next to the railway station. Interesting artefacts and restored locomotives relate the history of the steam powered railway on the Isle of Man from its creation in 1873 to the present day. It includes information about the lines that once served Peel, Ramsey and Foxdale. A popular feature here is the simulator in which visitors can try their hand at driving a steam train. 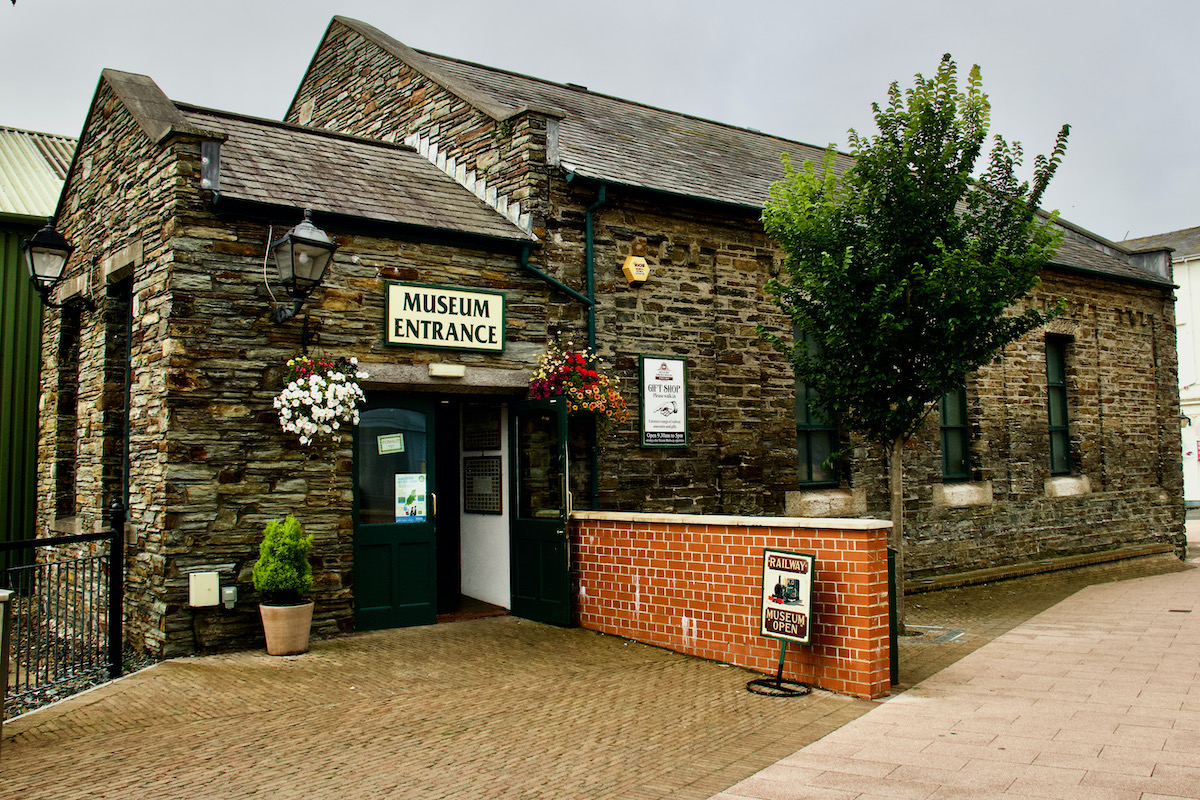 A short distance from the railway station is the beautiful bay that fronts the town. There is an ice cream parlour on the promenade overlooking the beach. A good opportunity to try Davison’s ice cream which is made on the island. The oldest building in Port Erin, known as “white cottage” or “Christian’s cottage” fronts the path below the promenade. It was built by William Christian and his family in 1781 and the same family still own it today. 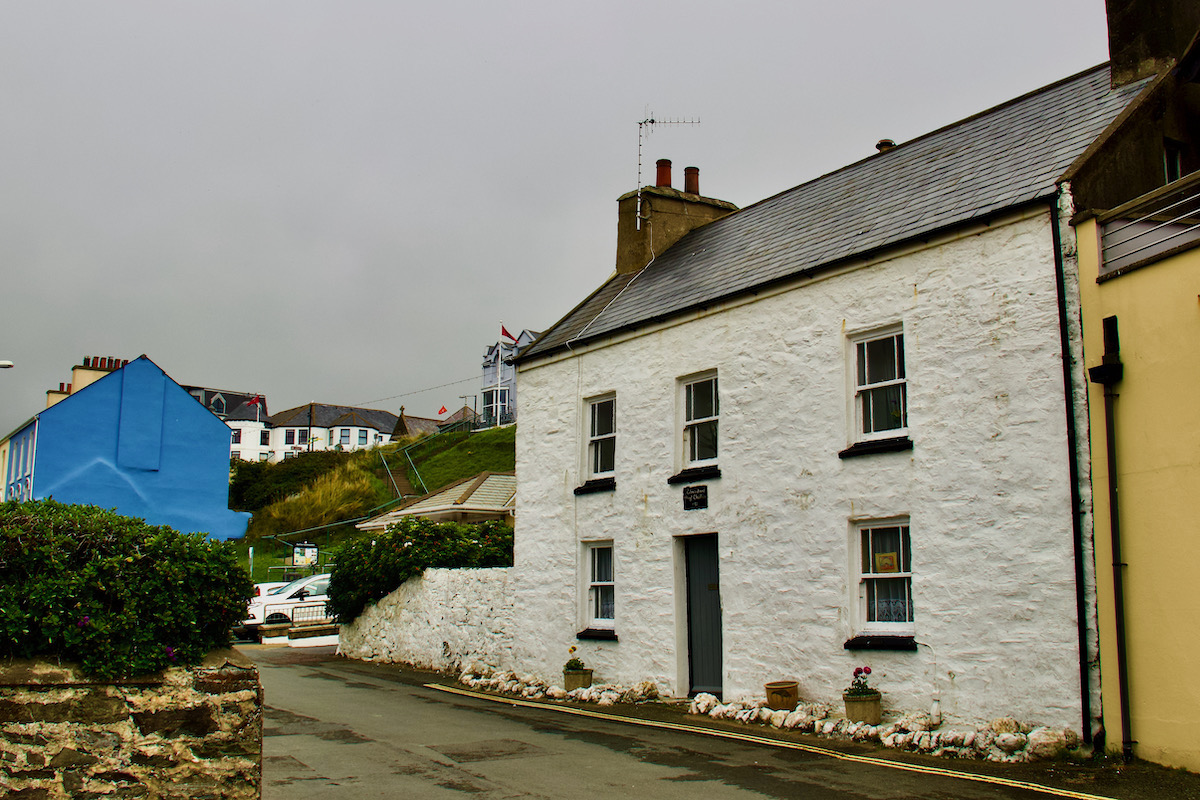 Further along this path is a fresh-water spring. This Holy Well or Sacred Spring is dedicated to St Catherine, the name given to an early Christian Chapel that once stood nearby. The name lives on in the parish church nearby, built by the town’s benefactor, William Milner. It is said to be the birth place of Port Erin as the fresh water tempted the fishermen to settle here. The free standing arch marks the place where the water emerges from beneath the road that skirts the beach and flows across the sand. 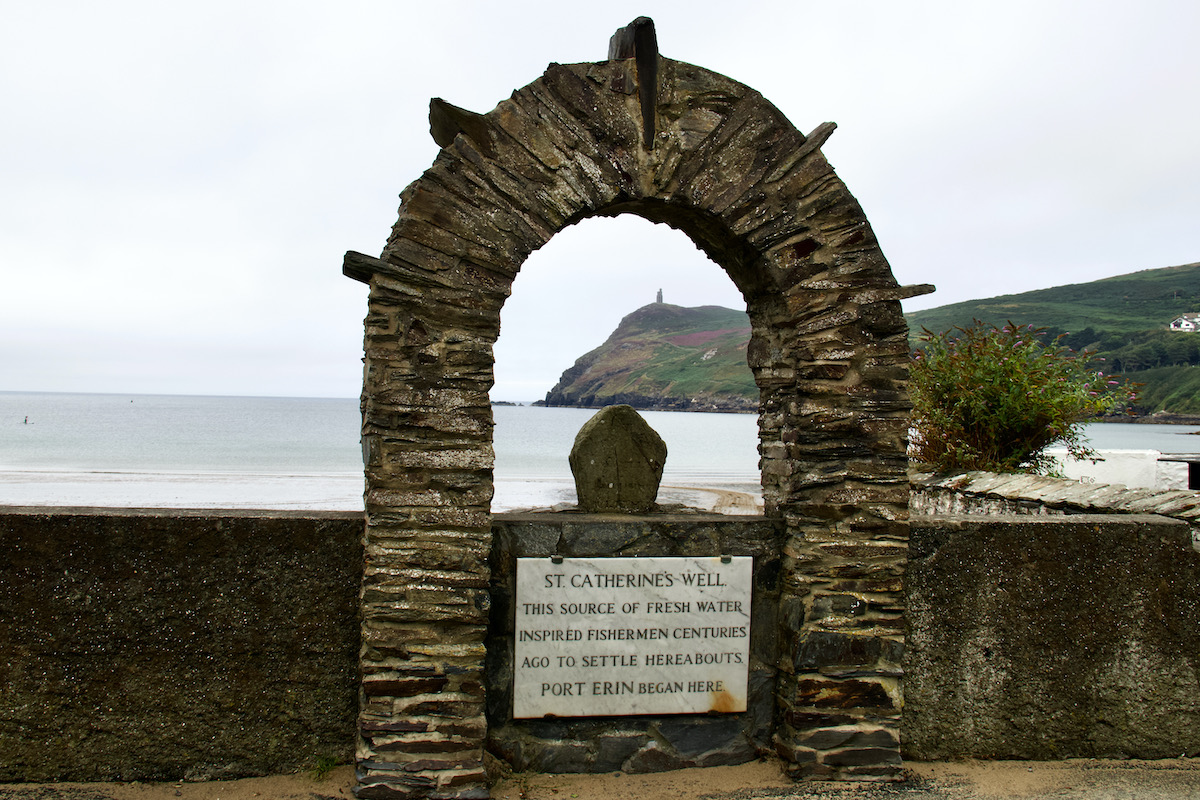 The extensive sandy beach is sheltered by promontories on both sides. To the left is the harbour and beyond that the deserted buildings of a Marine Biological Station stretch out to sea. This station was established by Liverpool University in 1892. The last students finished in October 2006 and demolition work began a month later. But some buildings remain to this day housing lecture rooms, a laboratory and a library. 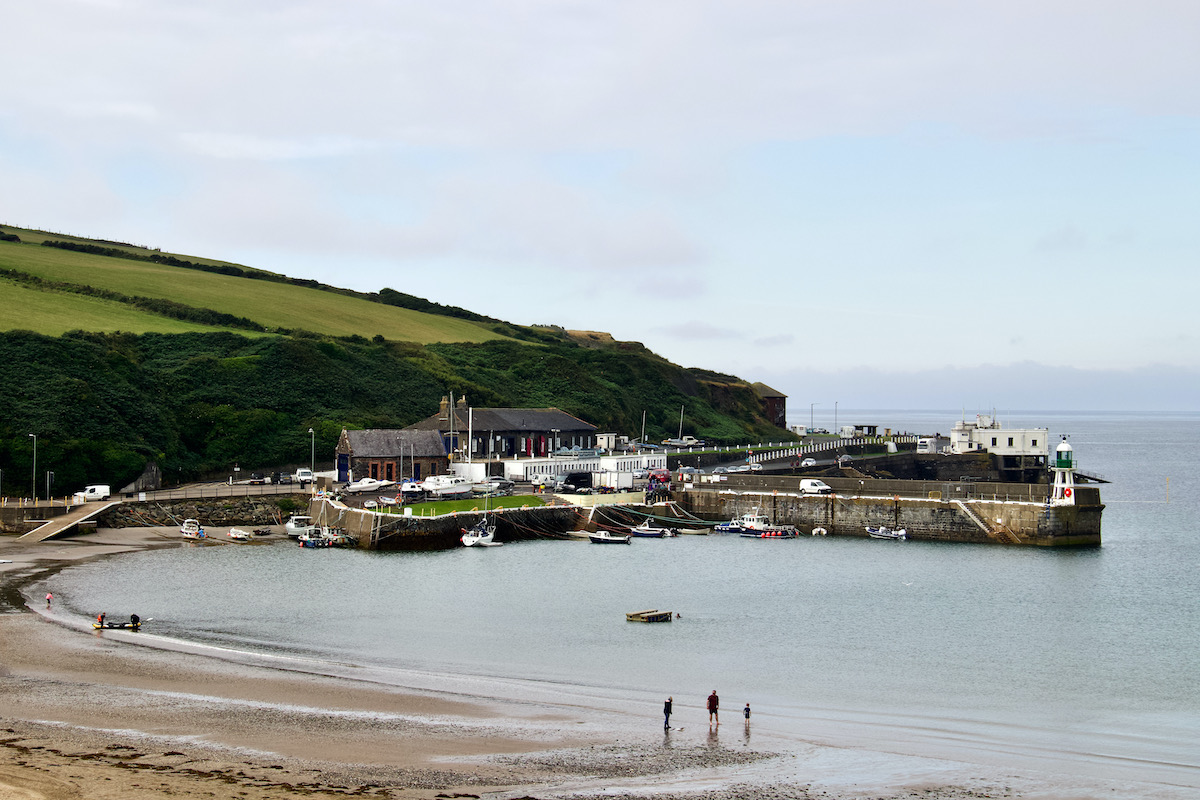 Bradda Head, to the right of the bay, shelters Port Erin from the north. It is topped by the distinctive Milner’s tower. It was built in 1871 to commemorate William Milner, locksmith and generous benefactor of the town. The shape of the tower resembles a safe key. Visitors can ascend a narrow stone staircase to a viewing platform. From here it is possible to appreciate the beauty of Bradda Glen below – one of seventeen Manx National Glens. Lovely walks traverse this glen leading up to the tower. 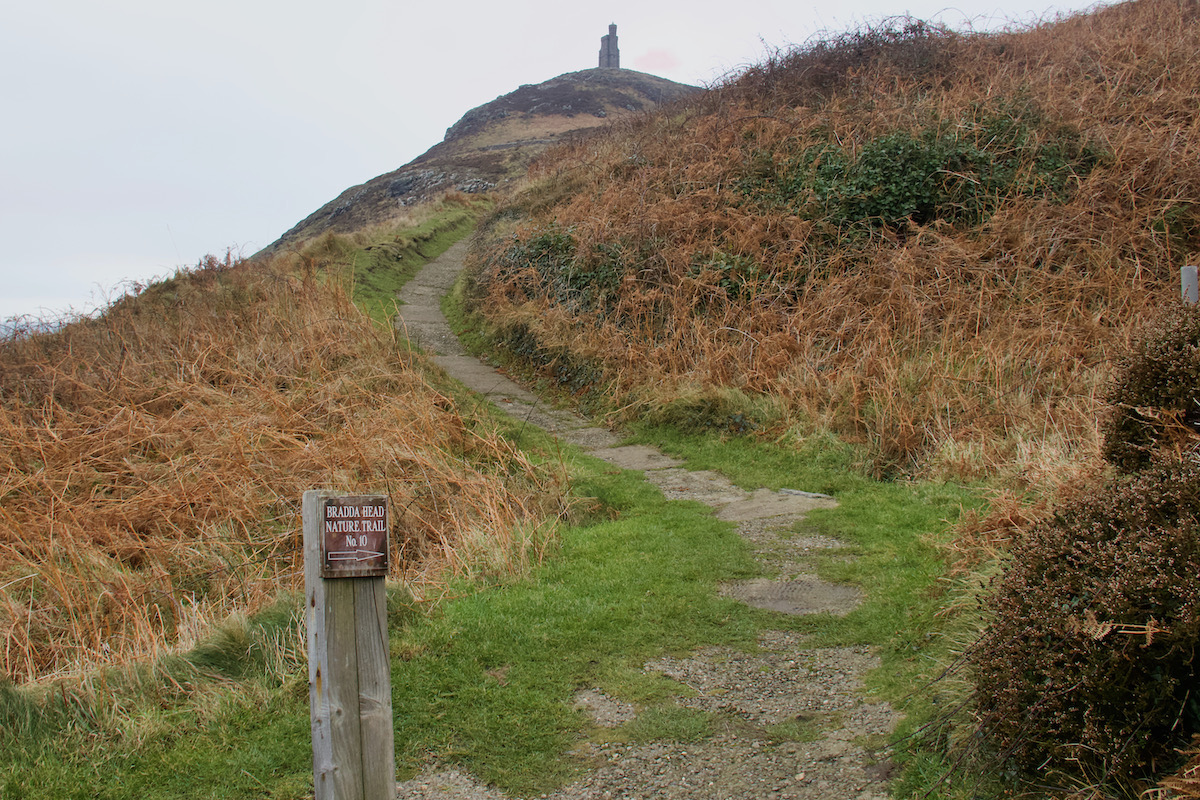 Erin Arts Centre is a well-known performing arts centre. It combines a cinema and a gallery housed inside an old Methodist Church. It’s building features a stunning door called Viking that was created by Michael Sandle who studied at the Douglas School of Art and Technology. Other works by Sandle on the island can be seen at various places on the Isle of Man. 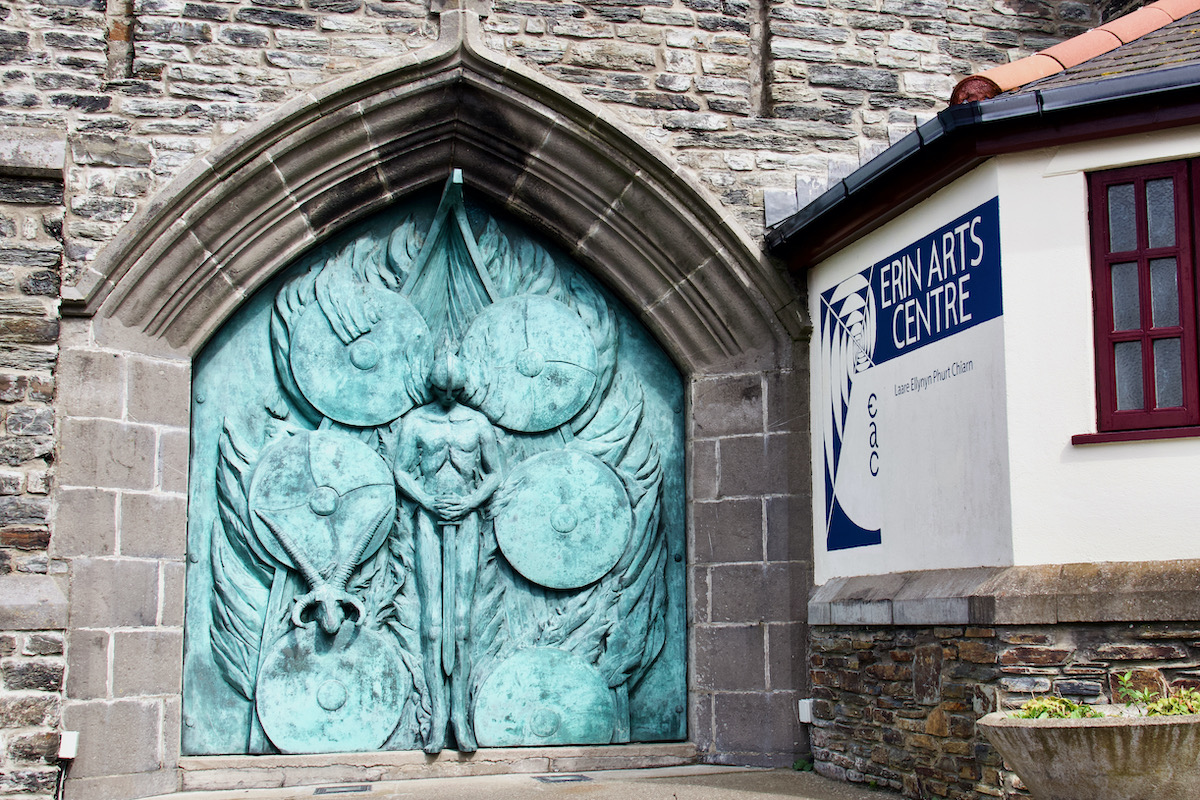 Port Erin and the Road of the Gull

Raad ny Foillan, the Gull’s way in English, stretches for almost one hundred miles and is the premier long distance footpath on the Isle of Man. This path offers some of the best walking in Britain traversing several different landscapes en route. It winds along the coast that fringes Port Erin and links up with the footpath through Bradda Glen. It also passes the ruins of some Victorian baths built during the town’s heyday as a seaside resort. 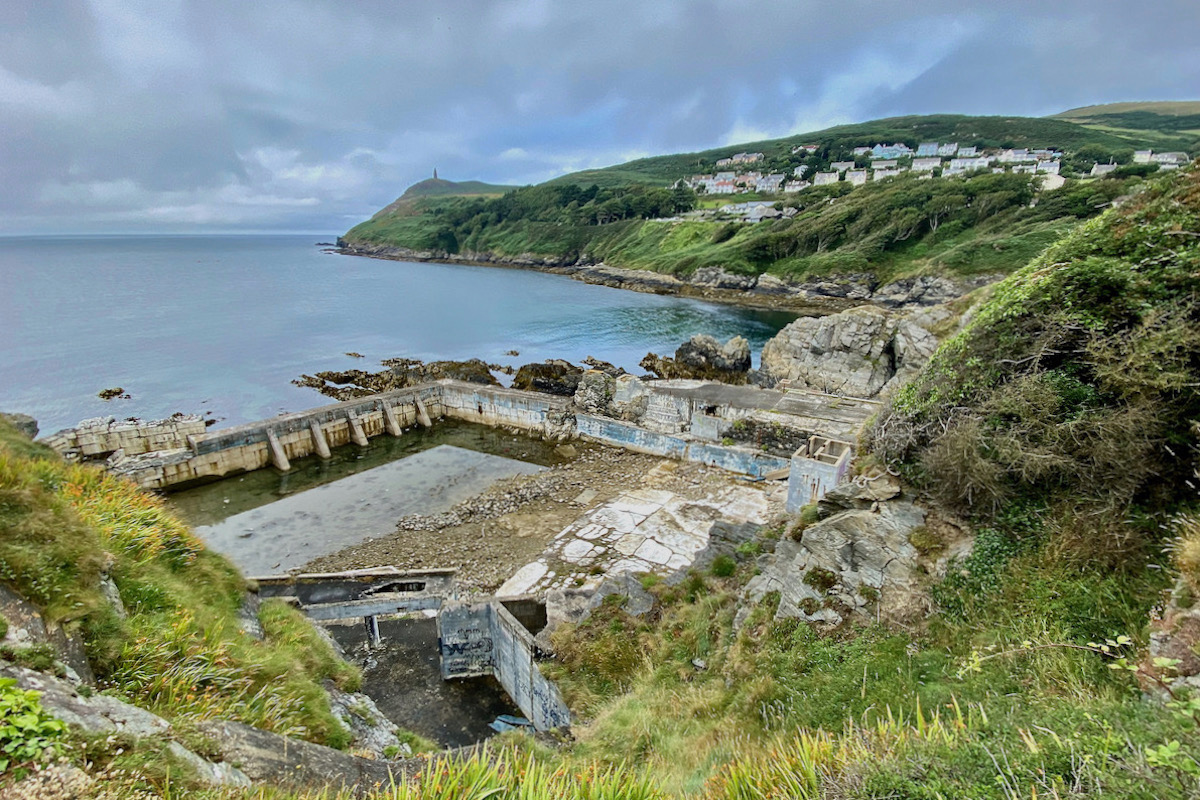 Port Erin is one of many towns, villages and attractions that can be visited on the Isle of Man using the Go Explore heritage card which offers unlimited travel on all the railways on the island, all public buses and free entry to Manx Heritage sites.