Blenheim Palace – A Place for All Seasons

Blenheim Palace in Woodstock, England, has a year-round fascination for all its visitors. Throughout the magnificent palace, its gardens and park permanent exhibitions mingle with temporary exhibitions.

Seasonal flowerings enhance the formal gardens and brighten the trails around the huge country park that surrounds this impressive stately home – a ‘gift’ to John Churchill, the first Duke of Marlborough. He was both an astute politician and a gifted soldier. During the War of the Spanish Succession that split Europe he was responsible for the decisive victory at Blenheim. As a reward Queen Anne gave Marlborough land and a sum of money to build a new house as a lasting monument to this victory. Foundations for a stunning Baroque palace were laid in 1705 but loss of favour with his queen and a lack of funds meant it would be nearly thirty years before the building, designed by Sir John Vanbrugh, was completed. Extracts from the Acts of Parliament granting the estate to the Duke of Marlborough and his descendants are engraved on the Column of Victory in the grounds of the palace. Blenheim Palace and Gardens are now open to the public all year around while still remaining home to the Marlboroughs. 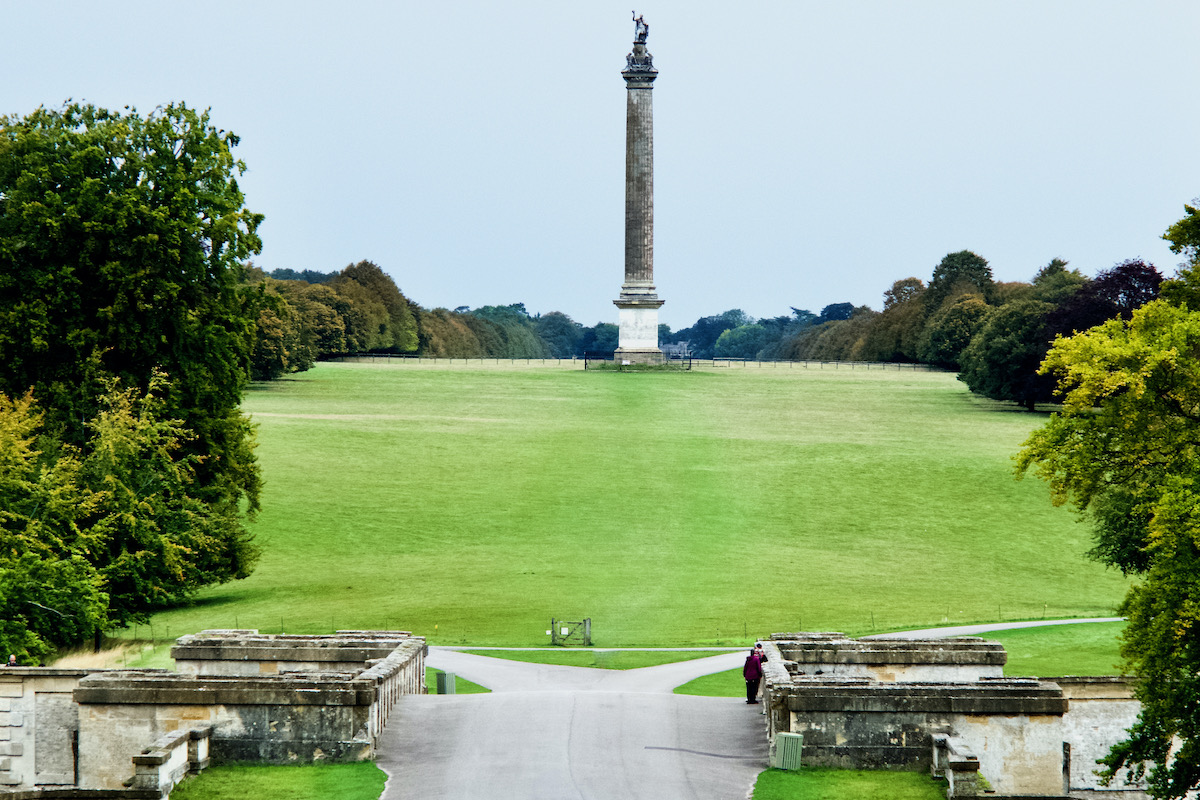 The State Rooms of Blenheim Palace

As befits a palace as grand as Blenheim the ground floor is occupied by a line of linked state rooms. Each one has a tale to tell of days gone by. Portraits on the walls illustrate the lineage of the Marlborough family but it is the guides who bring these rooms to life with tales of the time when the rooms were used as a hospital during the First World War and a boys’ school during the Second World War. Recently, the widow of a schoolboy in those days returned three pieces of the grand organ in the Long Library which he had taken home with him. Tours of the state rooms are available every day. Despite schoolboy escapades and its re-location to the end of the library the Willis organ, installed in 1891 continues to function well. A new addition to the ground floor of the palace is the Churchill Exhibition. 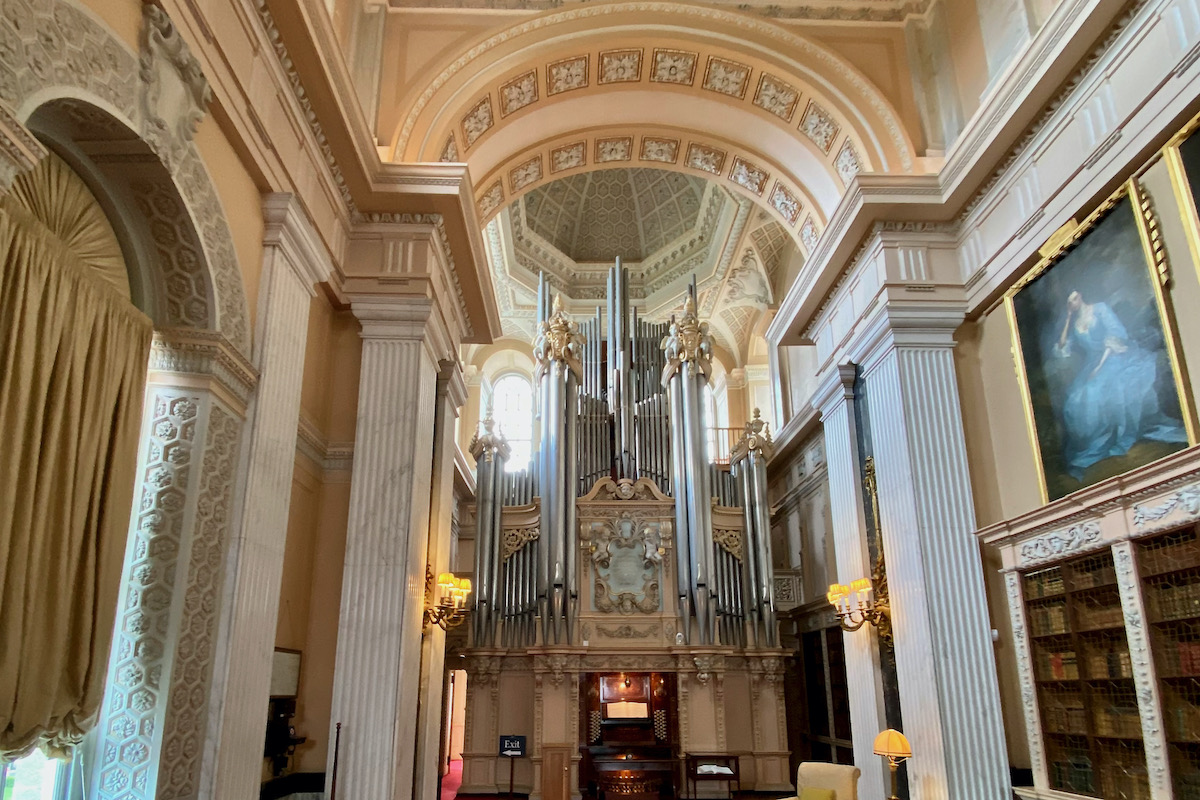 The Churchill Exhibition at Blenheim Palace

This exhibition overlooks the Water Terraces in an area that Churchill used as an artist’s studio. He was born at Blenheim Palace and, although he never lived there, he was a frequent visitor. Photographs, letters, artefacts and excerpts from his most famous speeches will give visitors to the Churchill Exhibition an insight into the life and character of Winston Churchill considered by many to be the ‘Greatest Briton’. This fascinating collection ranges from a picture of master Churchill and a crowning glory of ringlets to a life-like model of Churchill, the statesman. 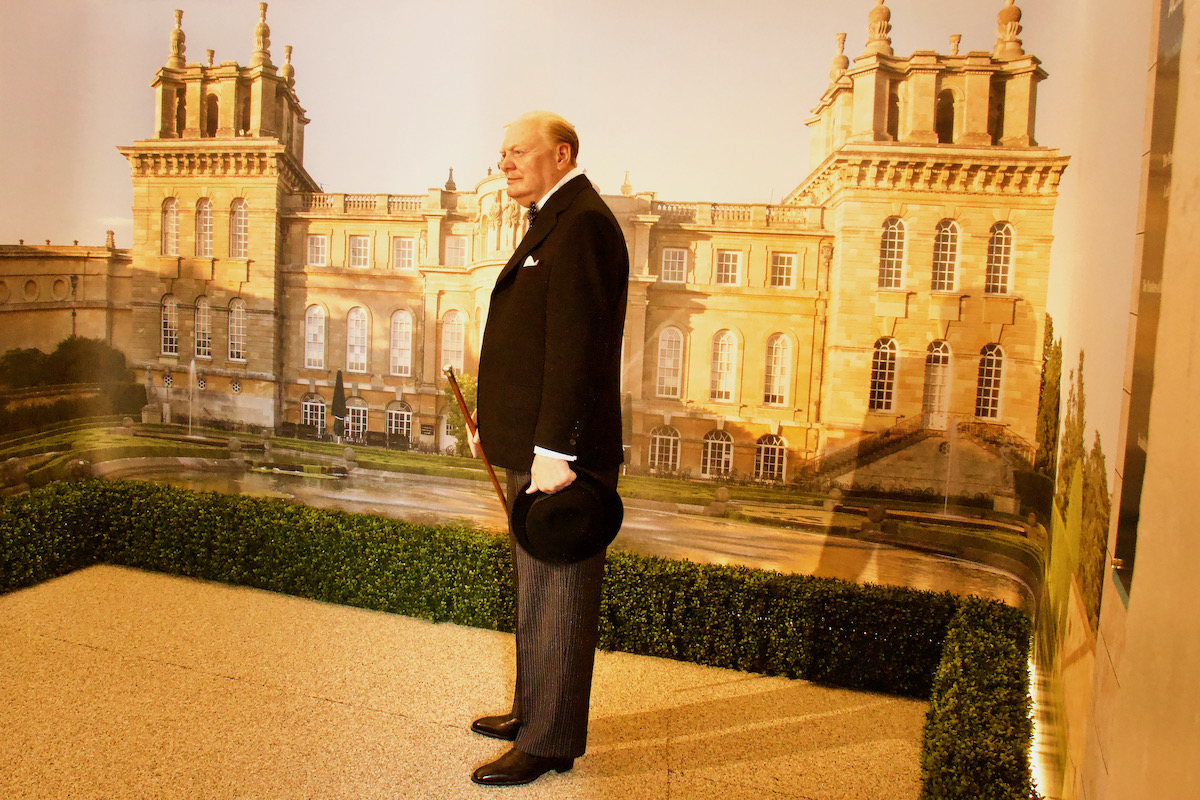 Churchill is also celebrated in the grounds of the palace. The Churchill memorial garden encompasses a path winding through a small meadow of wild flowers that records important dates during his lifetime on the flagstones. This wildflower garden starts by the Temple of Diana where Churchill proposed to his wife. It reflects his love of nature and wildlife. The more formal gardens of the palace include the Water Terraces at the back of the building. 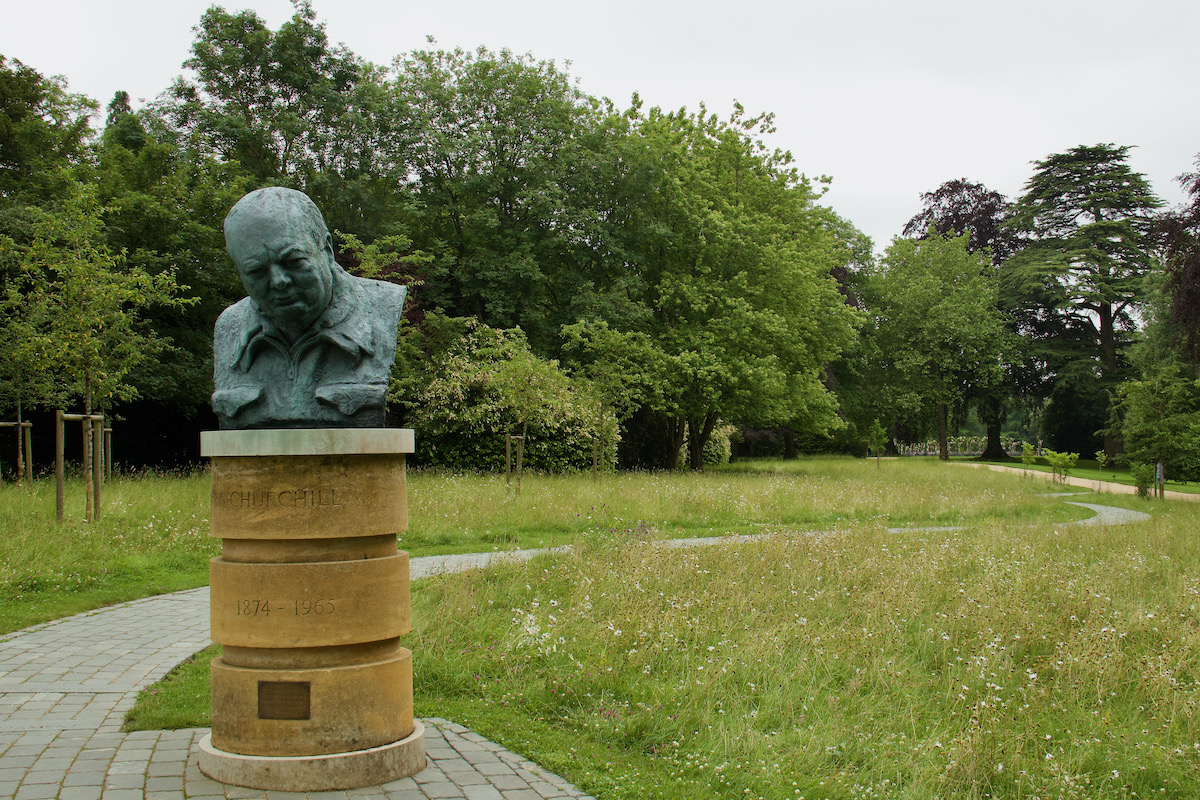 The Water Terraces at Blenheim Palace

Each of the Dukes of Marlborough have created a legacy that contributes to the greatness of the place and the Water Terraces are attributed to the Ninth Duke. The three terraces were created between 1925 and 1933 by French garden designer Achille Duchêne. The wide top terrace is a landscape of pools, fountains and statuary – delightful for strolling in the heat of the day cooled by drifting spray from the fountains. 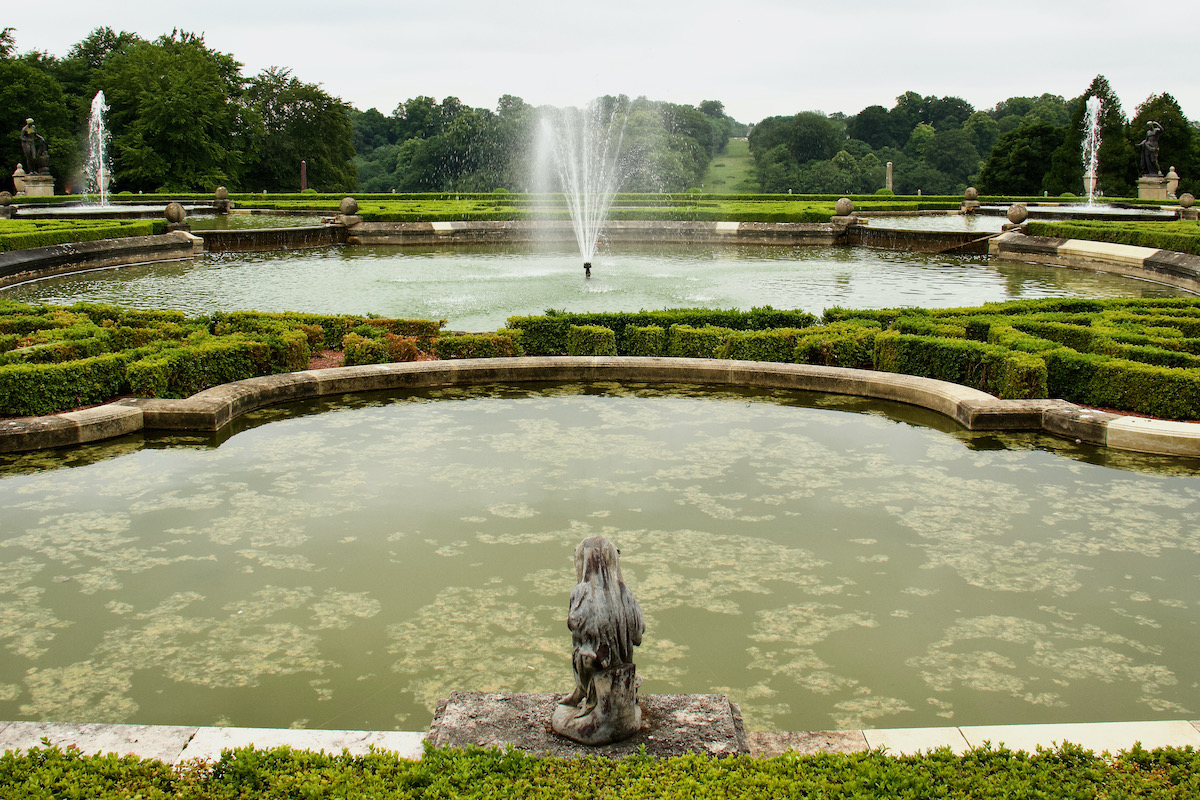 The steps to the narrow second terrace are guarded by two sphinxes and the lower terrace features a model of Bernini’s river god fountain. This lower terrace is also an ideal setting for exhibits of work by international contemporary artists organised through the Blenheim Art Foundation – these include the Andalusian Stallion by Hamish Mackie. The foundation was established in 2014 by Lord Edward Spencer-Churchill; brother of the Twelfth Duke of Marlborough. The inaugural exhibition featured the Chinese sculptor Ai Weiwei whose Gilded Cage went on long term view in 2017 near the Secret Garden. 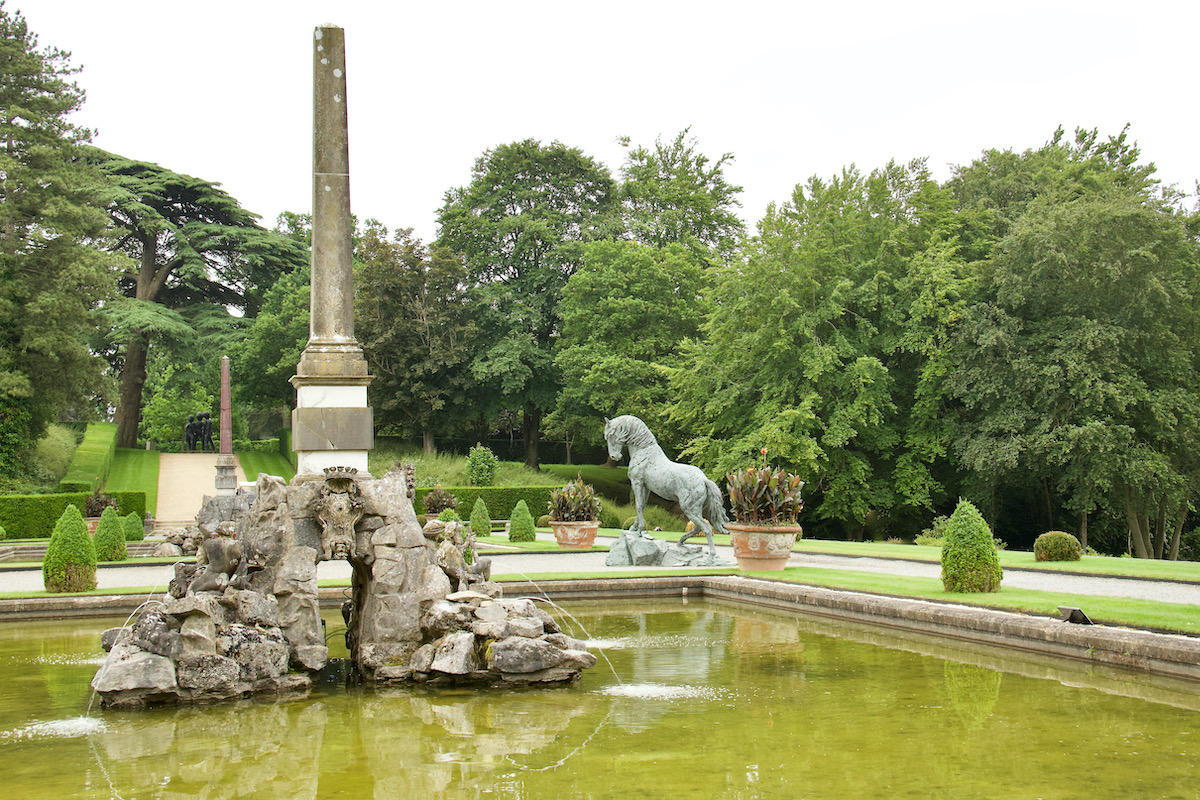 The Secret Garden at Blenheim Palace

Originally created by the Tenth Duke, the Secret Garden was re-created with the addition of new features by the Eleventh Duke in 2004. Paths winding through this secluded, peaceful pass by water features including a miniature cascade and cross a wooden bridge. It is a garden for all seasons and a lovely place to relax for a while in cool shade of the trees before emerging for a stroll on the raised public walkway around the perimeter of the private Italian Garden. 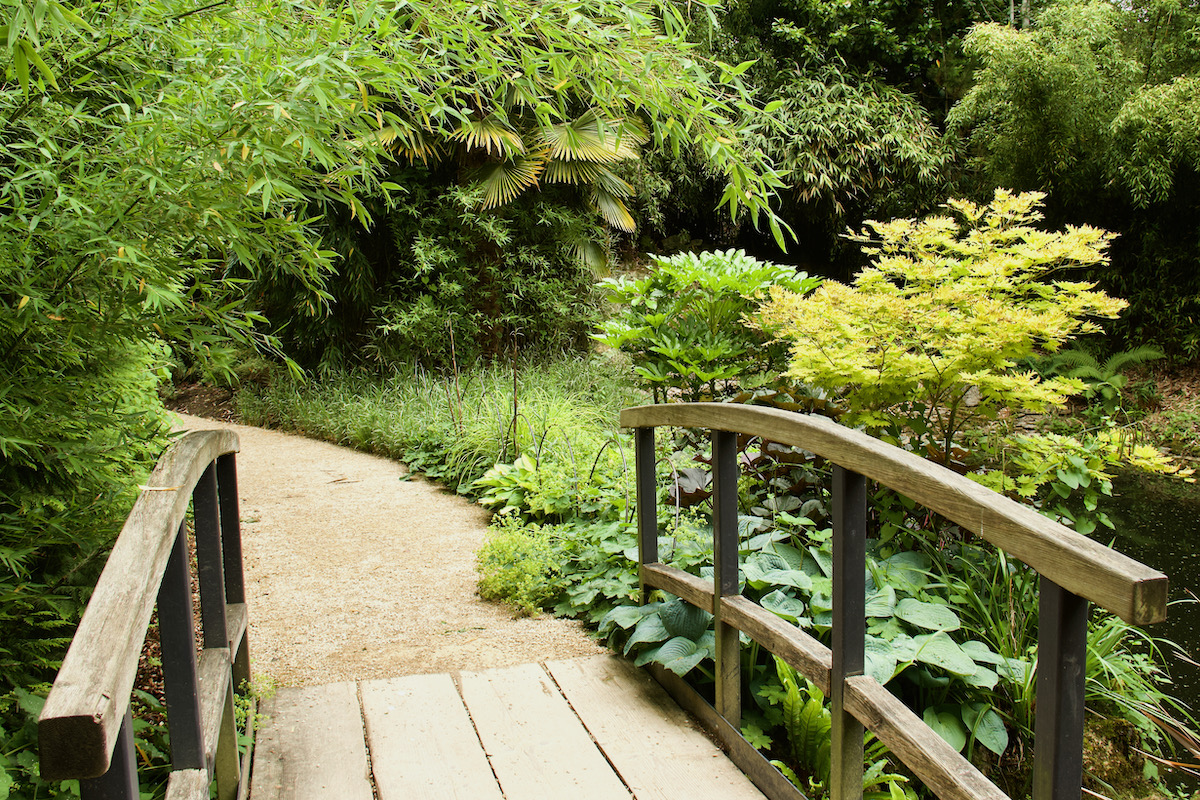 The Italian Garden at Blenheim Palace

These private gardens are an excellent example of the creativity of the Ninth Duke working with Achille Duchêne. The perfect symmetry of this lovely garden is maintained by hand trimming the box and yew hedges punctuated with some topiary. A gilded bronze Mermaid Fountain by the American Sculptor Waldo Story is the centrepiece of the garden. Partakers of the famous Afternoon Tea in The Orangery can enjoy this feast on a terrace overlooking the Italian Garden. And after tea, maybe a stroll along the Lakeside Path to the Rose Garden? 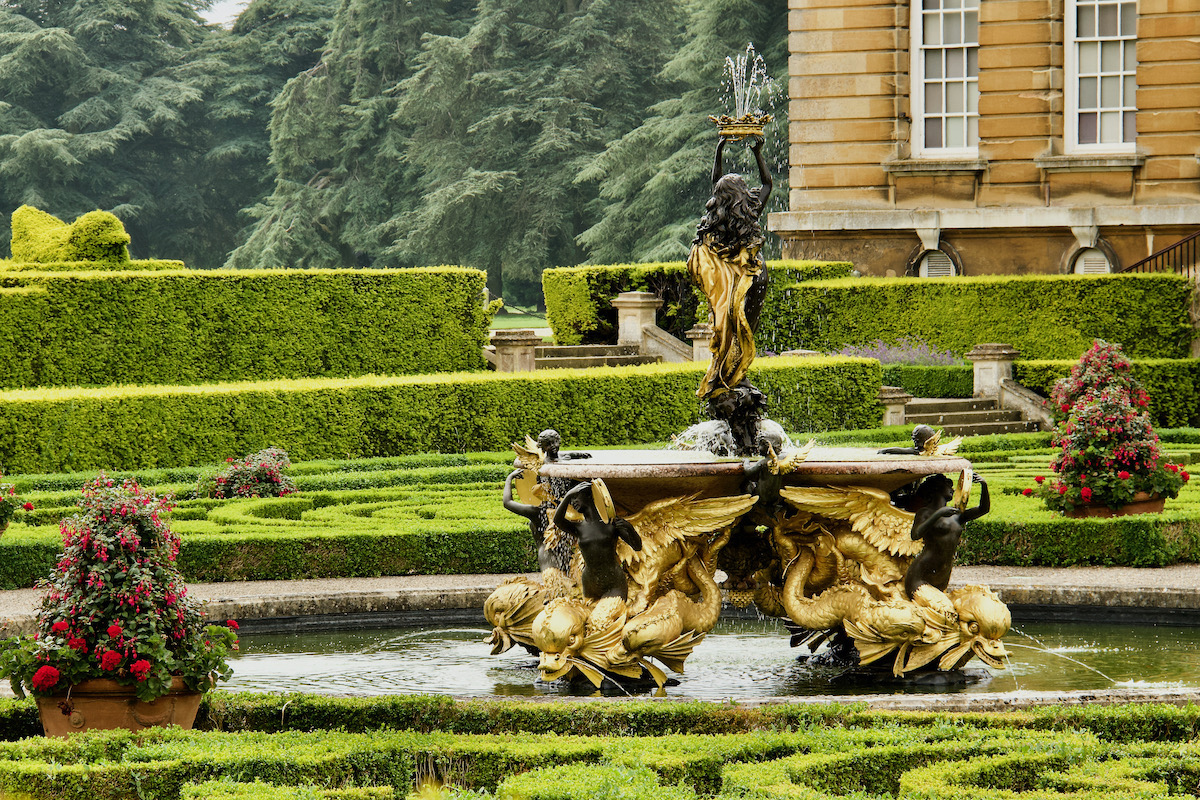 The Rose Garden at Blenheim Palace

When the roses are in bloom (June) their scent percolates the air around this pergola-enclosed garden. Inside, the variety of colours is stunning. Formal beds criss-crossed by narrow grassy surround a rather battered statue in the centre. The original Rosary was created by the Fifth Duke and situated near the Cascades. The Seventh Duke, a typical Victorian, commissioned today’s Rose Garden when these gardens achieved popularity during the reign of Victoria. After enjoying the old-fashioned splendour of the Rose Garden there may still be enough time to walk or take the miniature train (fare applies) to old Walled Garden now known as the Pleasure Gardens 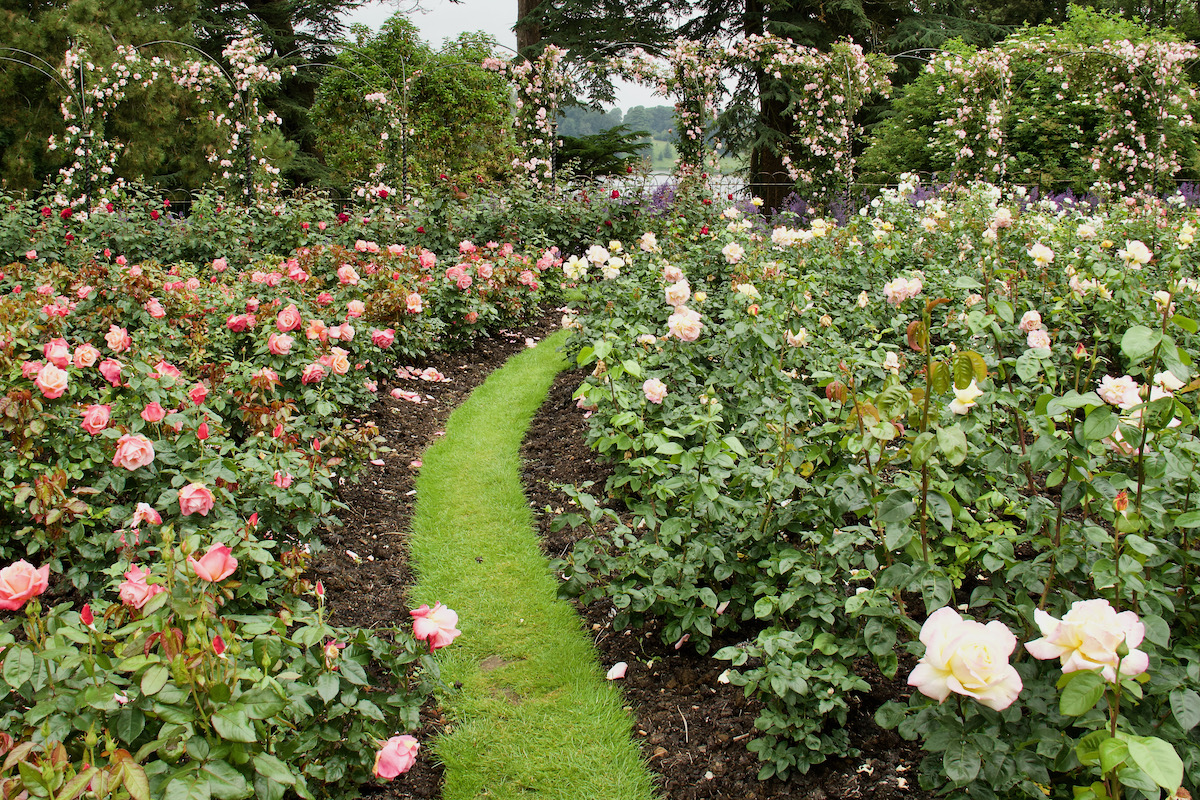 The Pleasure Gardens at Blenheim Palace

An activity area has been created inside the old walled garden. The main attractions here are a lavender garden, the Marlborough Hedge Maze, a Butterfly House and an adventure playground. The maze, planted with 3,000 yews is one of the world’s largest symbolic mazes. The paths are spanned by two wooden bridges to assist those who get lost – which does not take long. While the children are playing in the latter parents can enjoy the Blenheim Bygones Exhibition. 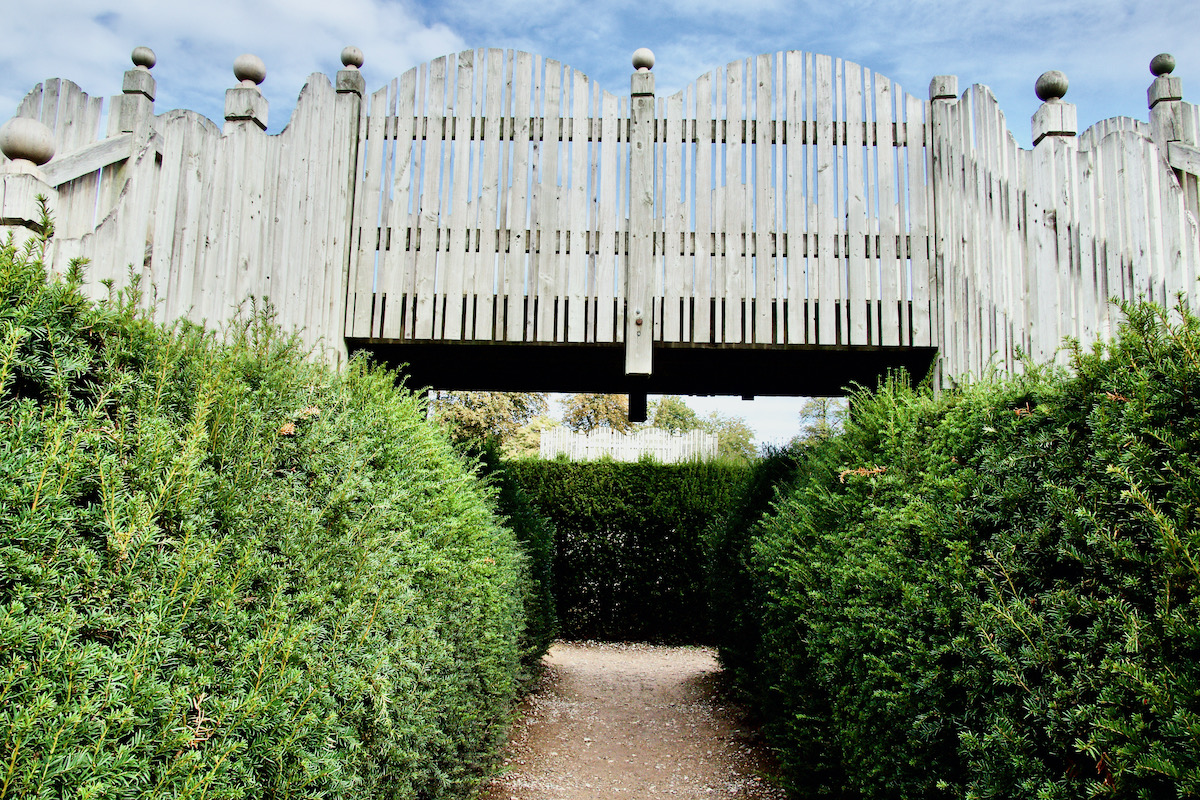 The palace and gardens at Blenheim are surrounded by a huge park created by Capability Brown, commissioned by the Fourth Duke in 1763. He was so-called due to his capability to make an artificially created landscape look natural. And this is certainly true of the park at Blenheim where the artificial lake, excavated by manual workers, blends naturally with extensive lawns dotted with mature trees and an arboretum carpeted with bluebells in the spring. Blenheim can truly be described as a place for all seasons. 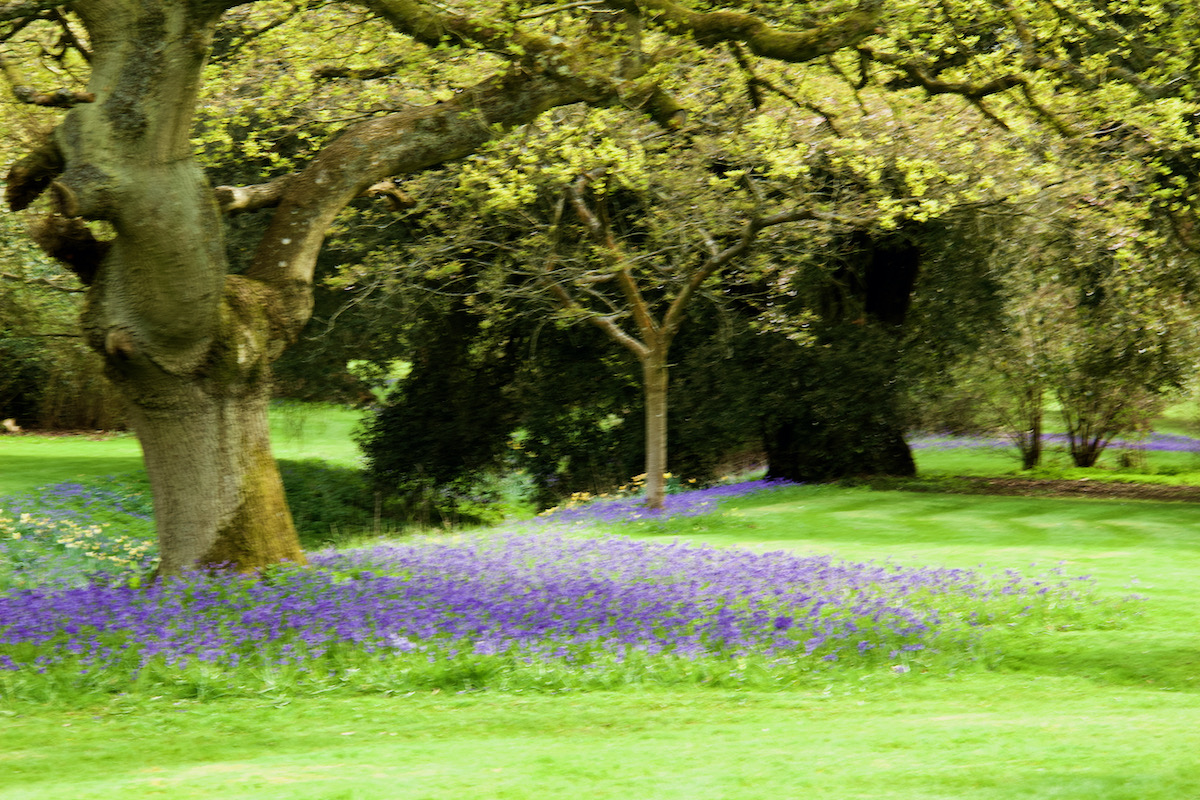