Beyond busy Soho in a quiet street in Fitzrovia, a district of London, is a charming Sicilian restaurant known as Norma, a classical Italian name.

Norma offers a Sicilian cuisine that embraces Moorish influences as does the décor. Inside the restaurant is a comfortable amalgam of the two cultures and I was curious to try the same blend in the food I was about to eat. 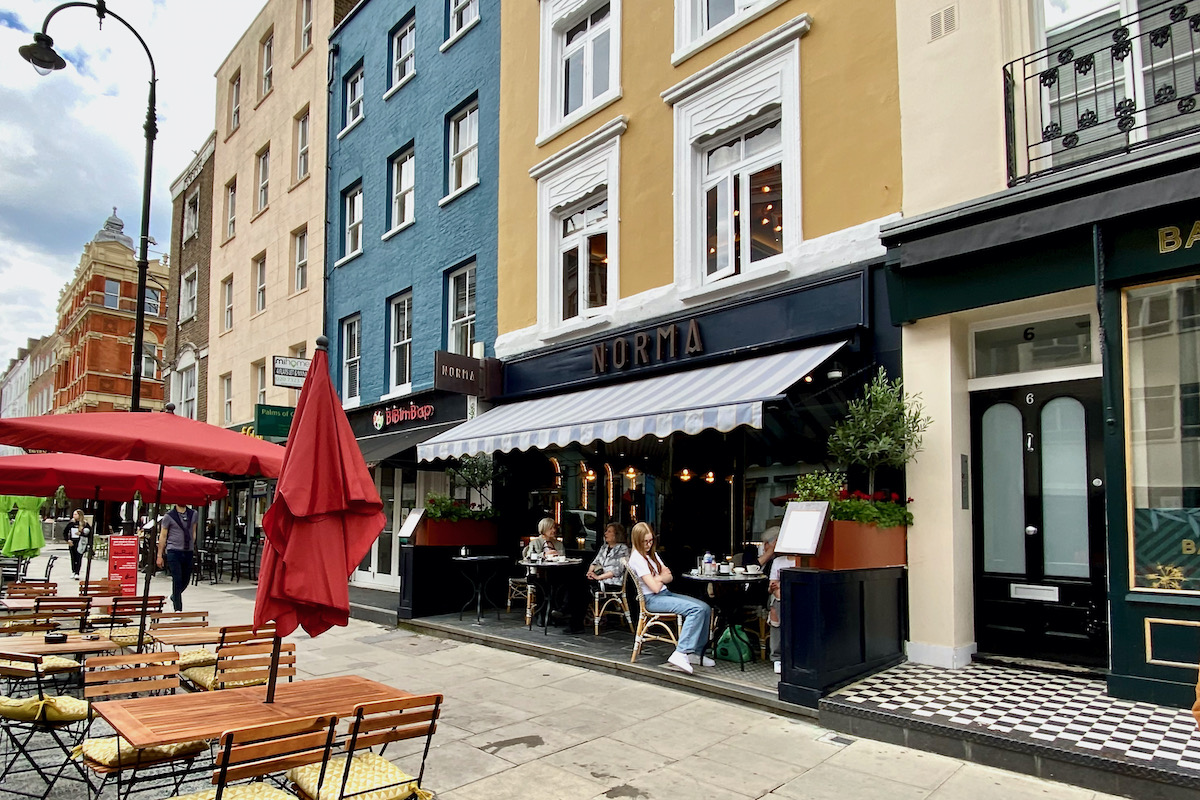 Tables and chairs spill out on to the pavement outside Norma. The restaurant occupies three floors, the first two are open to all diners while the top floor is available for private dinners. 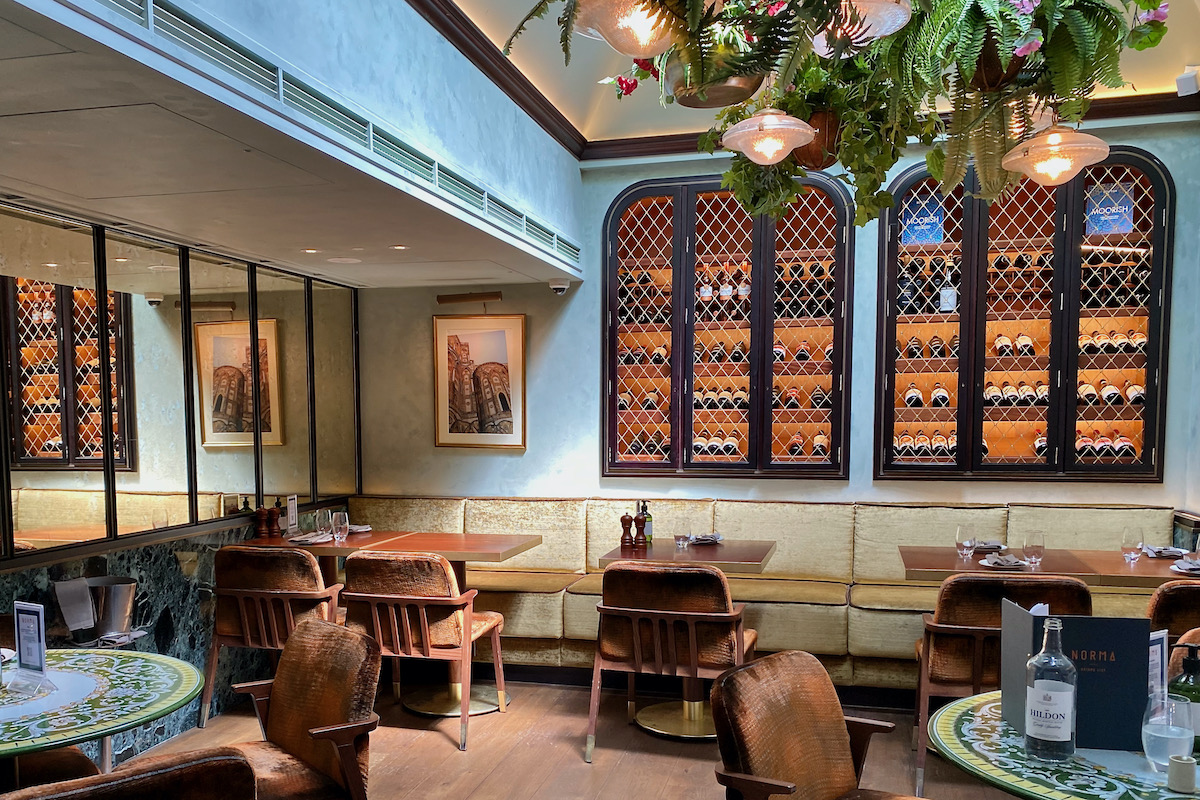 Once I was seated at my table the waitress described the fish of the day. A whole grilled sea bass with a fresh radish and tomato salad. She needed to go no further and I ordered that. I hesitated over her suggestion I add the signature fried potatoes but then agreed to try them. The fish was lovely and fresh and the fried potatoes the perfect accompaniment – small cubes of fried potato topped with shavings of pecorino (sheep’s cheese) and truffles on a bed of freshly made parmesan cheese sauce. I also relied on the waitress’s choice of a white wine – Greco di Tufo Cutizzi from Calabria, a region of Italy. It is not a wine I have heard of but it was light and fruity and a perfect choice to go with my fish. 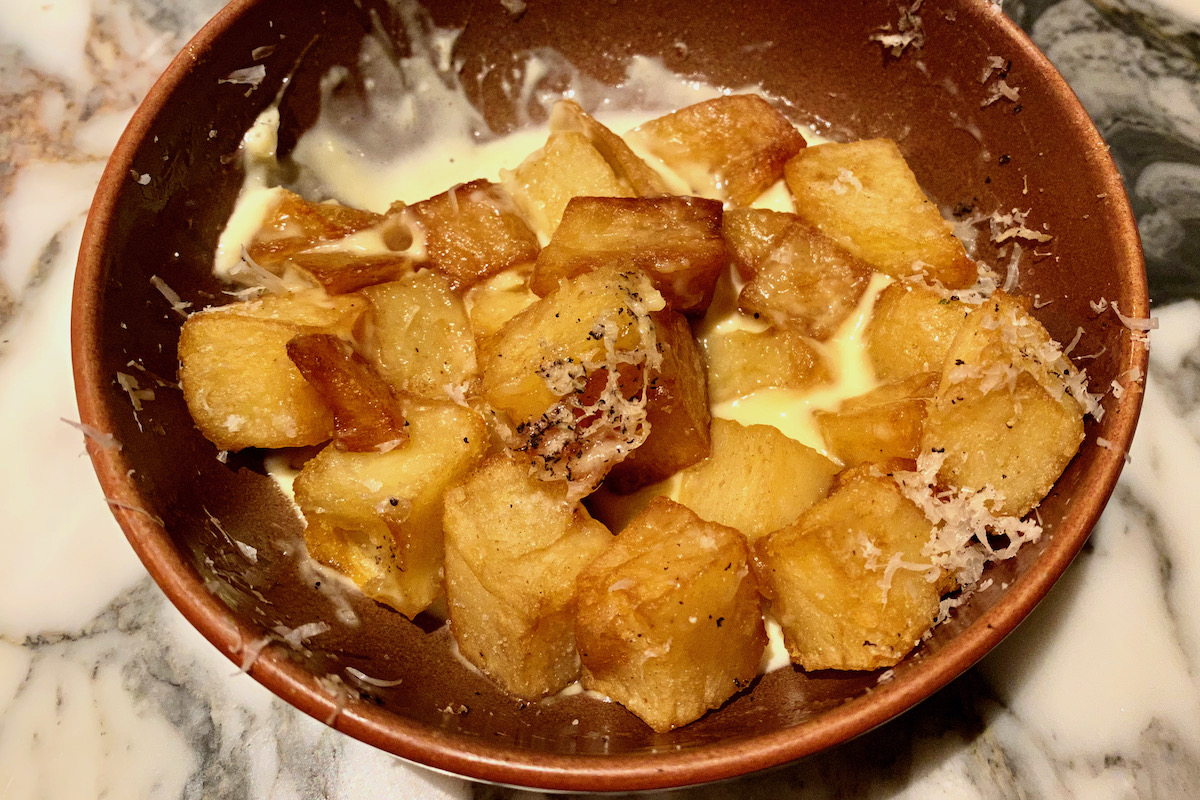 Norma is the creation of Ben Tish the culinary director of The Stafford London. He also runs the restaurant and joined me between courses. It was a good opportunity to learn more about the man behind this unusual restaurant that has been heaped with critical acclaim since it opened in 2019.

Ben was born and brought up in Skegness, Lincolnshire and he told me his main goal at school was to leave the town by the time he was eighteen. Although his parents were keen on food and cooking Ben did not see himself becoming a chef. But in order to facilitate a desire to move to London he was advised to join a catering college first. As part of this course Ben worked in a small hotel restaurant Jason Atherton had opened in Skegness. The restaurant did not last long but Ben’s friendship with Jason did and he found Ben his first job in London at The Ritz. Following that lowly start Ben has worked his way up through a variety of well-known restaurants and written a few cookbooks thereby establishing his own niche in the culinary world based on his love of Mediterranean food, Italy, Spain and the Moorish culture. He was on the verge of starting his own project when he was offered the role of Culinary Director at The Stafford London and the chance to create his dream restaurant – Norma. 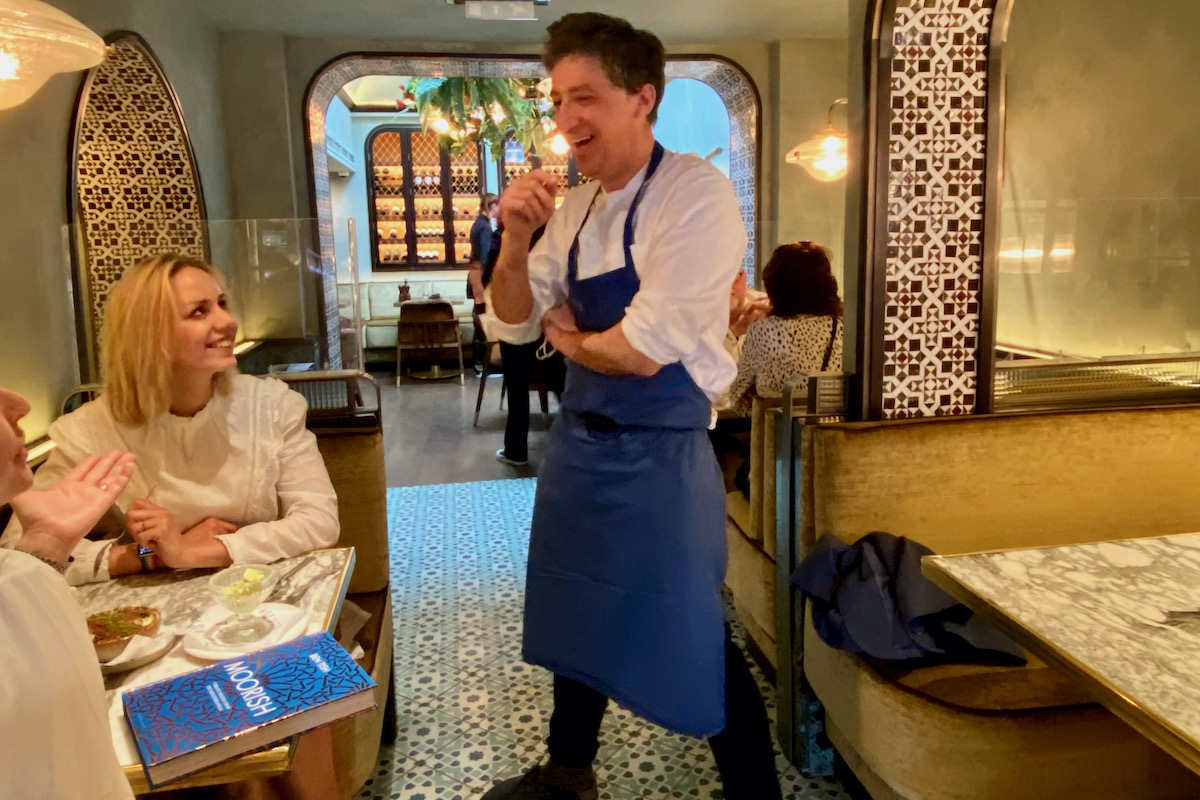 Ben had a question for me as he left my table. Which dessert was I going to choose. I said I was trying to decide between three, the cannoli, the tiramisu and vanilla ice-cream with marsala. He said he would sort something out for me. I was delighted when all three were brought to my table. Two diners on the table next to me were impressed but doubted my ability to eat all three. I started with the vanilla ice-cream – the marsala definitely took it to new heights. I punctuated the ice-cream with teaspoons of the tiramisu. This was no ordinary tiramisu but the addition of pistachio nuts took it to new heights. When I moved on to the cannoli I realised this was where I should have started as the rich ricotta filling was also not as sweet as the other two desserts. Nevertheless, it was delicious. 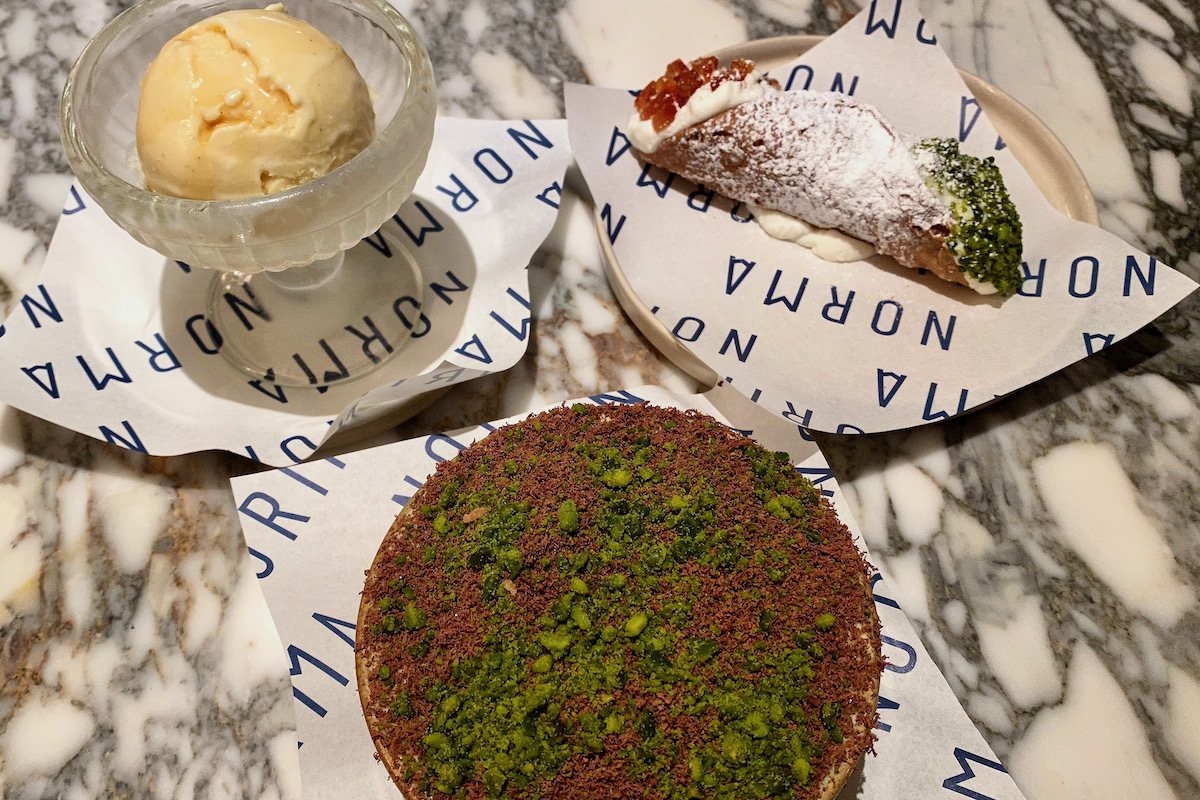 Ben Tish describes the food Norma offers as refined rustic – a very apt phrase to which I would add a good old-fashioned description – truly scrumptious. 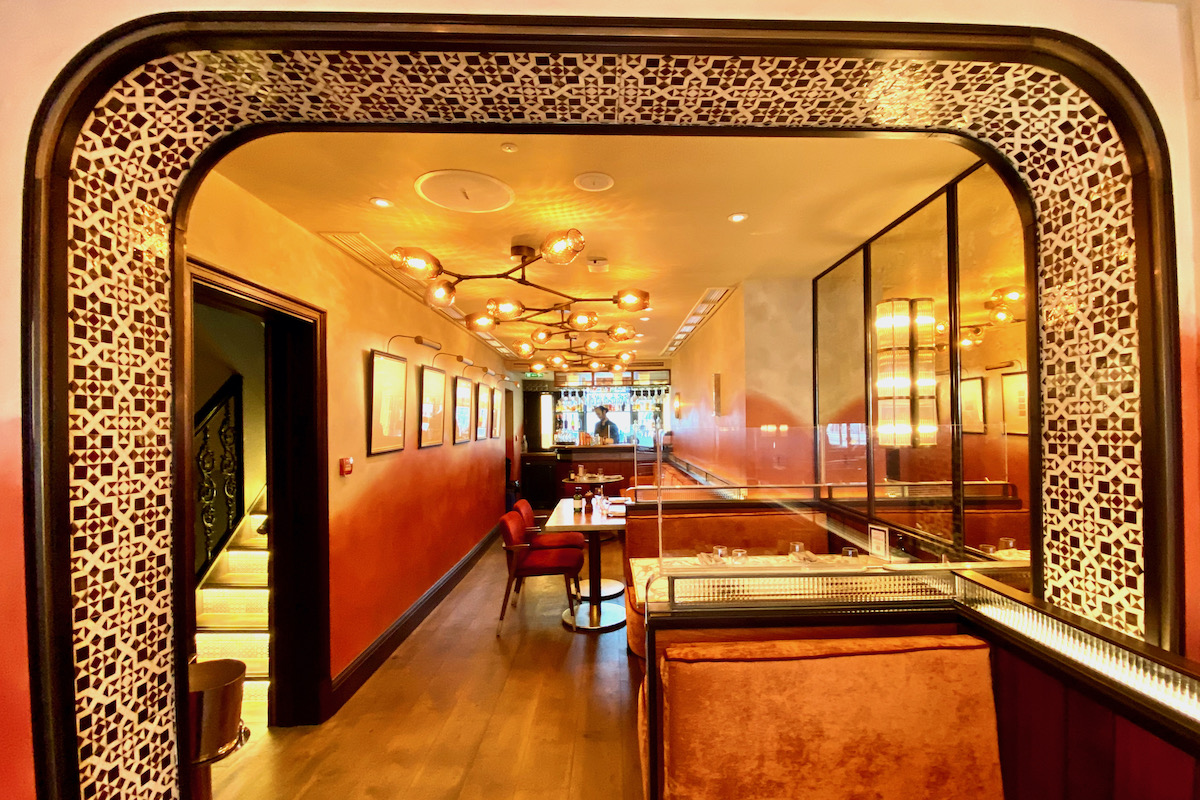