Bembridge, the Best Village on the Isle of Wight

Bembridge has the reputation of being both the biggest village in England and the best village on the Isle of Wight. I was excited at the prospect of finding out more about it.

Bembridge Village sprawls around the most easterly coastline of the Isle of Wight in an area known as East Wight. A population of approximately four thousand supports its claim to be the largest village in England. It has a harbour, three beaches and its own airport. The three contrasting beaches, Lane End, the Ledge and Bembridge Beach offer very different experiences to its visitors. I started on the Lane End. This area, in the east of the village mainly consists of modern bungalows and a small shopping area. Lane End goes right down to the beach of the same name, home of the Bembridge Lifeboat Station. 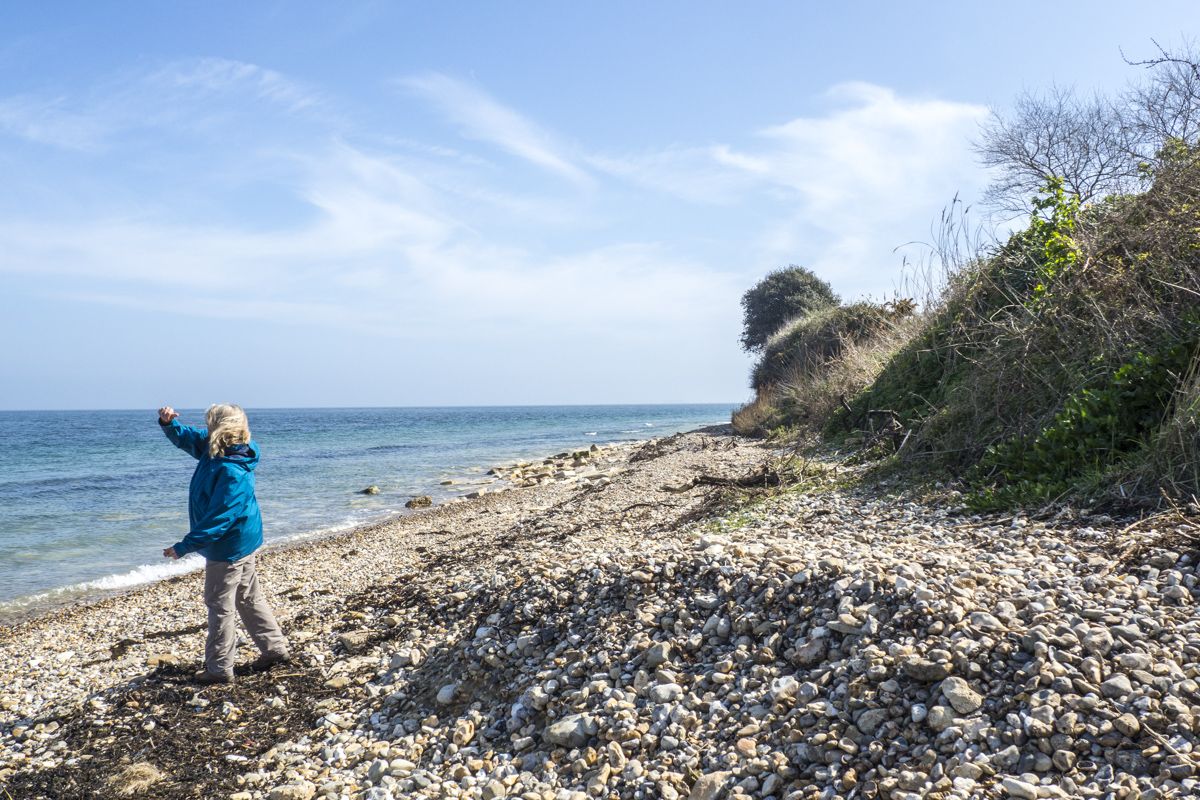 The Bembridge Lifeboat Station in Bembridge on the Isle of Wight

Although it was only opened in 2010 the natural timber building, at the end of a long walkway, that houses the Bembridge Lifeboat has already become a much photographed and iconic structure on the Isle of Wight. This RNLI station is close to the notorious Bembridge Ledge a large and dangerous rocky outcrop that is exposed at low tide. As this is a discover RNLI station it is open to the public most afternoons. Here, in its small museum visitors can learn more about the history of the RNLI and the boats that have been stationed here. This lifeboat station replaced the original Victorian boathouse that is now being used as the lifeboat station’s shop. The walkway also affords lovely views of the coastline around Bembridge. 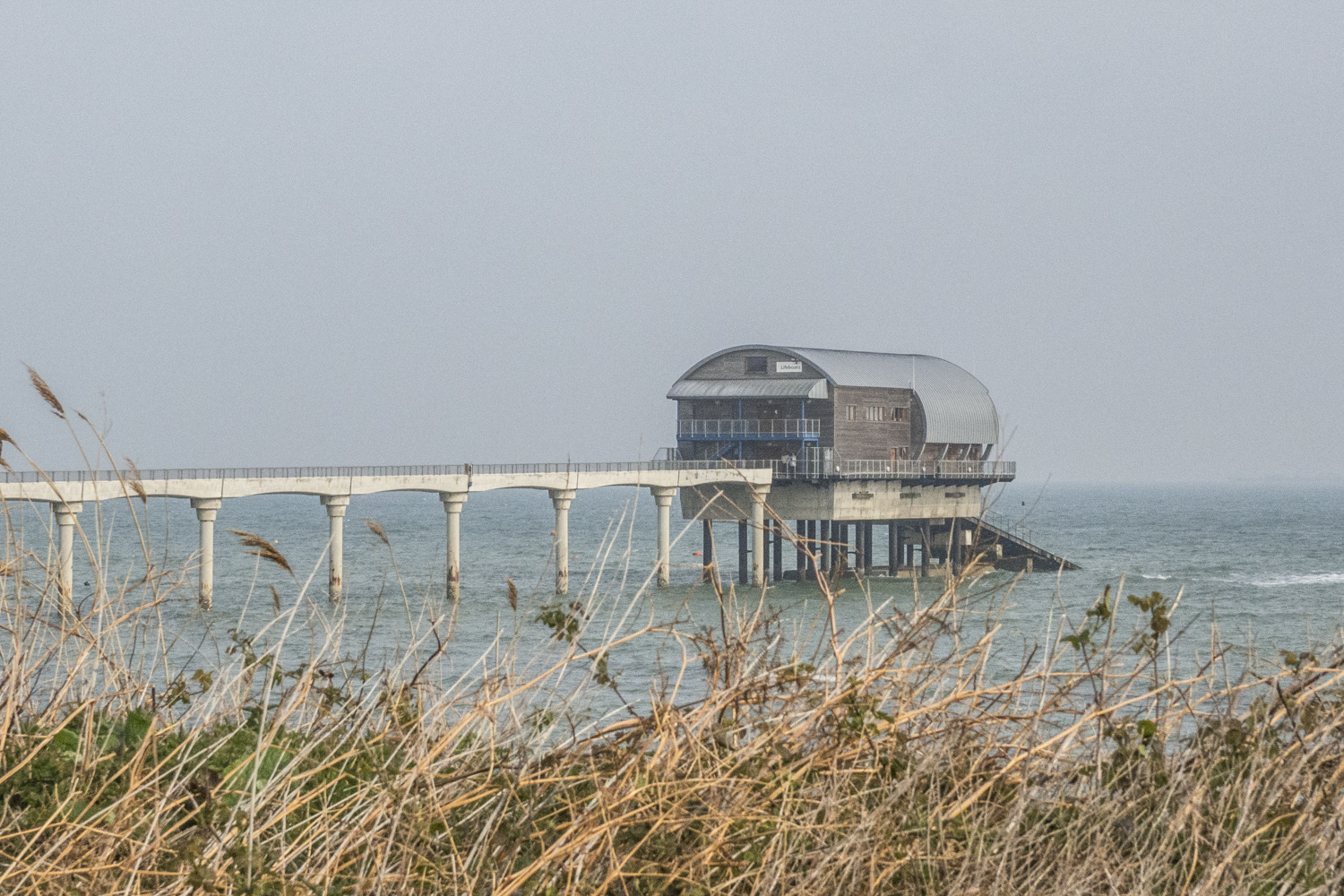 Back on the beach I joined the Isle of Wight Coastal path and walked towards Bembridge Point. This circular long-distance footpath is seventy miles long and goes around the coastline of the island following public footpaths, minor lanes and includes some short sections on public roads. Sections of this path and other trails in the area are featured in the annual Walking Festival on the Isle of Wight. The section I walked was very pretty and skirted the Lane End Beach most of the way. It led me into Bembridge Harbour where I found the famous Bembridge Sailing Club 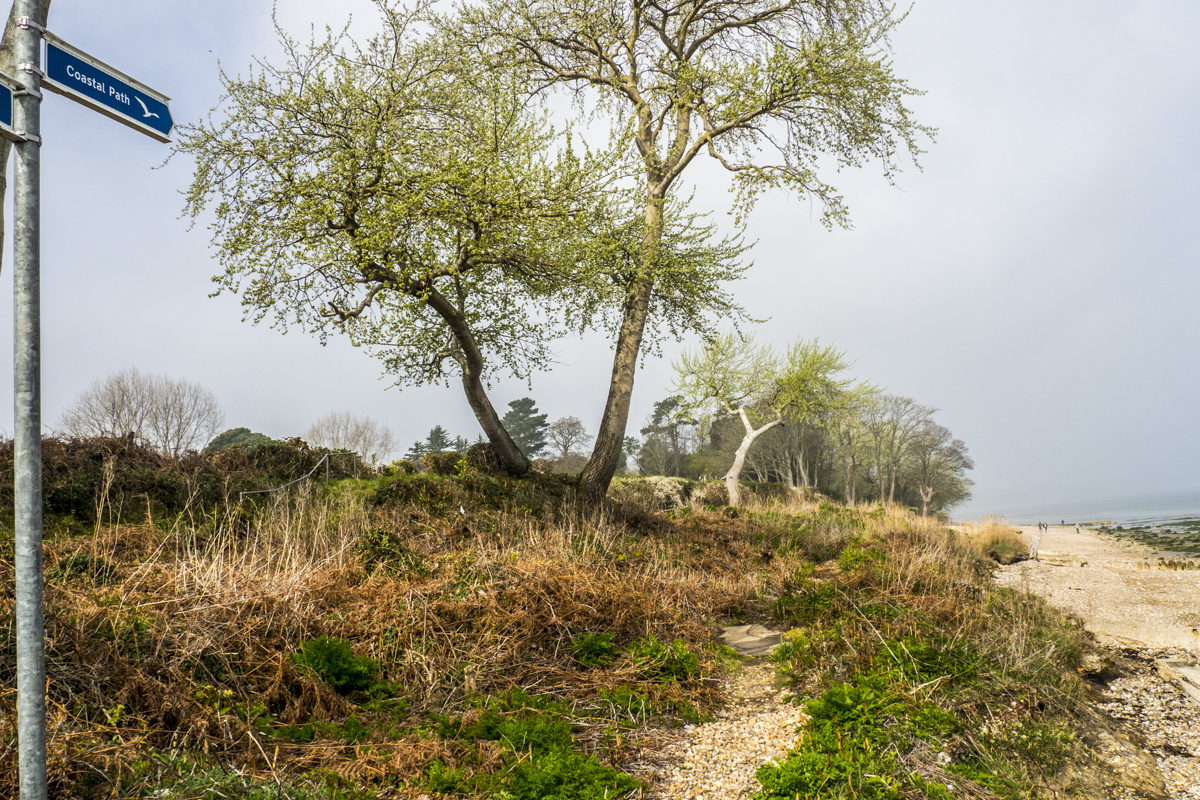 Bembridge Sailing Club in Bembridge on the Isle of Wight

The Isle of Wight has always attracted the rich and famous including Queen Victoria who established a family home at Osborne. Bembridge is no exception. It was a favourite haunt of members of London’s high society during the 1950’s and 1960’s. In the evenings there would have been a constant round of cocktail parties in the homes perched above the village or aperitifs at the Royal Spithead Hotel before dinner at the smart Pitt House Club. Dinner jackets and diamonds in abundance at the Bembridge Sailing Club on Saturday nights and there was even a black market for tickets to the annual Bembridge Sailing Club Ball. This was the second most exclusive dance of the year the first being the Royal Yacht Squadron Ball during Cowes Week. The sailing club continues to thrive in extended, updated premises where members of the public can dine and hold functions in the old library and bar in the historic area of its clubhouse. Behind the sailing club is an area known as Bembridge Point.

Bembridge Point in Bembridge on the Isle of Wight

Bembridge Point was created by land reclamation towards the end of the nineteenth century. For hundreds of years the place that is known today as Bembridge Point was a part of Brading Haven, the estuary of the River Yar that flowed into the sea here cutting off Bembridge from the mainland. In 1880 this area was reclaimed. Hotels, a railway line and a railway station were built here. A new sea wall was also constructed jutting out into the new harbour that had been created. Soon after the harbour had been completed it began to silt up. So much so that the villagers could use it as a recreational area and it became the site of an annual fair. The area was requisitioned during both World Wars and the hotels were used as accommodation for the armed forces. During the 1950’s and 1960’s the area became very popular as a tourist destination and its fortunes revived. However, this burst of prosperity was over by the 1970s and the old Bembridge Hotel was converted into flats and the Royal Spithead was demolished. So was the original Pilot Boat Inn built around 1908 and since replaced by a more modern version. This is where the Bembridge Trail, a linear eleven-mile walk from Shide in Newport, and the Yar River Trail finish. The Yar River Trail starts at the source of the East Yar (there are two Yar rivers on the island) in Niton and ends at its estuary in Bembridge. The two trails coincide as they approach Bembridge and emerge by the sea at Bembridge point which today is the junction of Embankment Road and Station Road and the site of the Palmer Memorial. 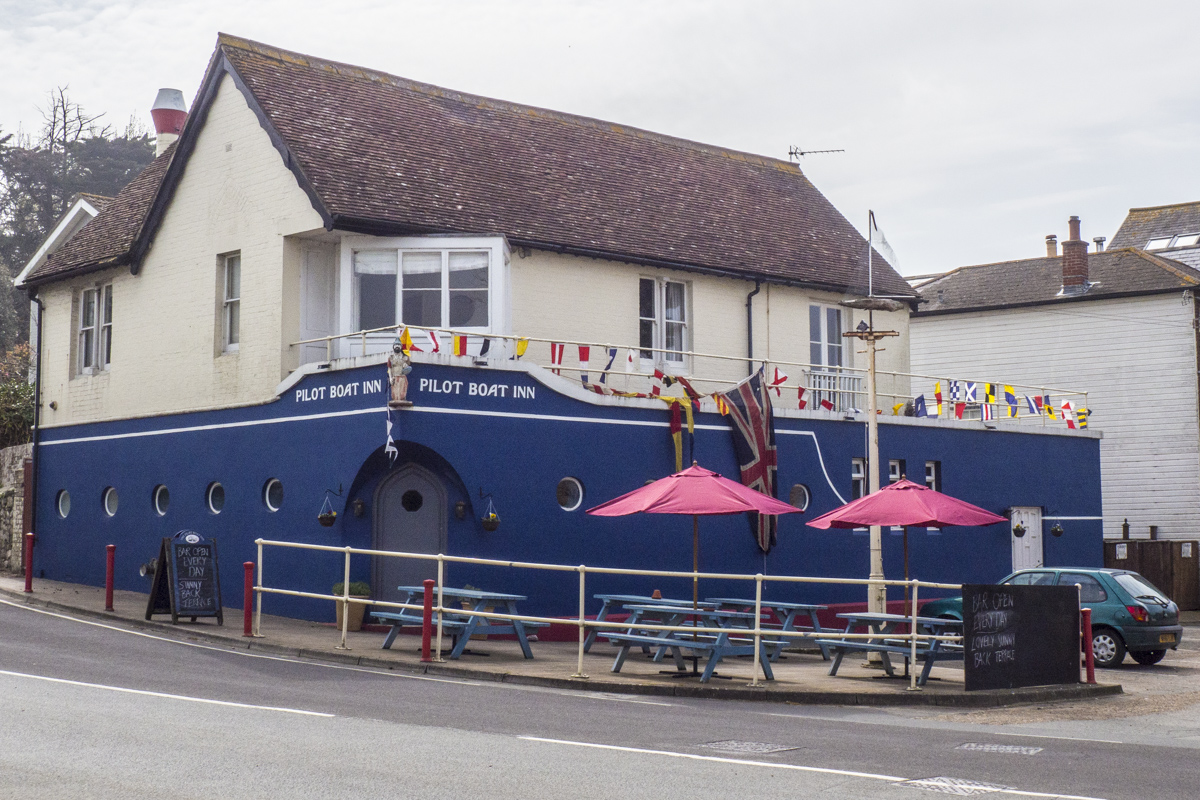 The Palmer Memorial in Bembridge on the Isle of Wight

The Palmer Memorial is a drinking fountain made predominantly of granite. It has four faces with a drinking fountain and horse trough in each one. When the fountain was unveiled in 1910 the horse was still the main means of transport. A drinking fountain and horse trough would have been a welcome addition to the village. There is an inscription on this fountain recording the many contributions of the Reverend James Nelson Palmer to the village of Bembridge. A highly esteemed Freemason Palmer was also a founding member of the Bembridge Sailing Club (originally known as the IOW Corinthian Sailing Club) and the Bembridge Football Club. He and his wife moved to the village when he retired as Rector of Yaverland in 1891. They made their home at the Grange in the High Street and built a large hall in the garden where he and his wife, an actress, created many entertaining productions in aid of charity. He died in 1908 and is buried in St Luke’s Chapel in Bembridge. I continued along the … into the centre of town where I visited the Bembridge Heritage Centre. 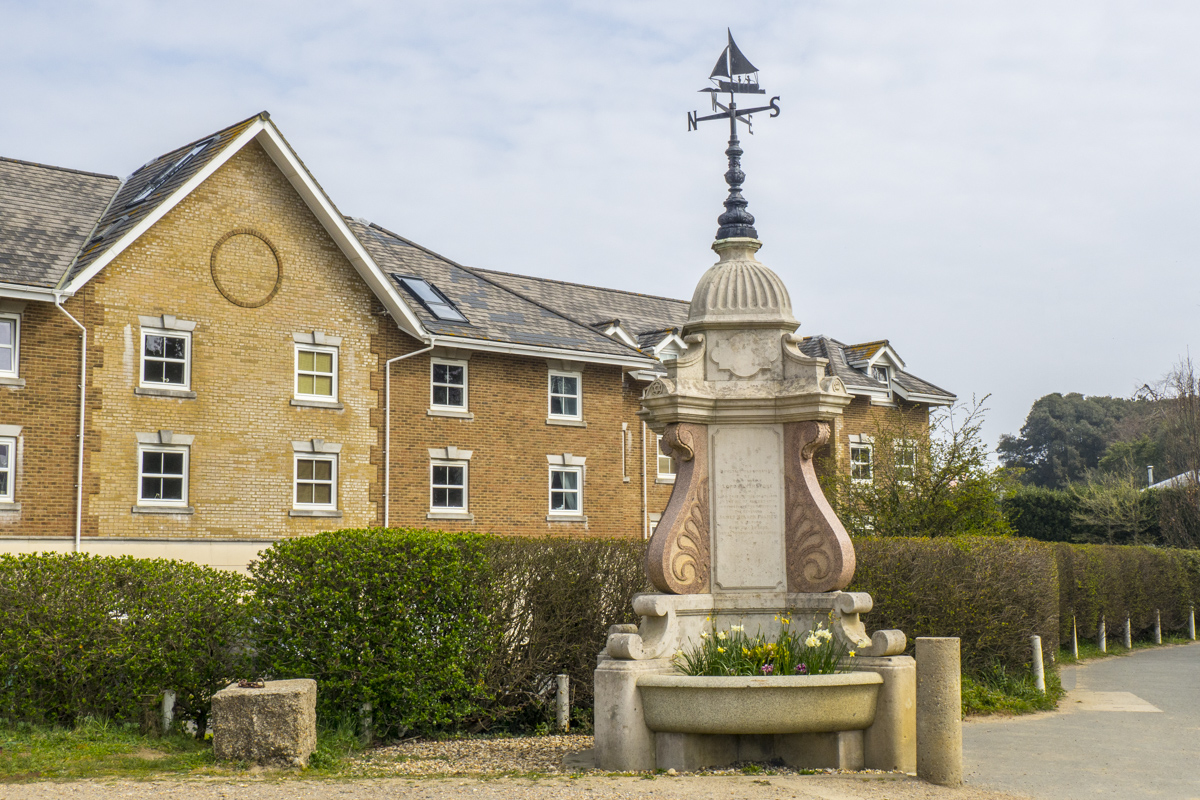 The Bembridge Heritage Centre in Bembridge on the Isle of Wight

The Bembridge Heritage Centre is behind the small Bembridge Village Library. Both are run by volunteers. The heritage centre covers a wide range of topics relating to the history relating to Bembridge and features new displays each year to celebrate special events or topics. On display are scale models of Bembridge Railway Station (closed in 1953) and a fully-restored PLUTO pump (Pipe Line Under the Ocean) are on display. Information boards relate the story of the PLUTO project. A scheme to ensure there was an adequate supply of fuel for the armed forces during the Second World War through the use of underwater pipelines from Shanklin and Sandown on the island to Cherbourg in France. I was also fascinated by the story of smuggling in Bembridge which was ideally placed for the trade of contraband goods with France. The goods were brought over in specially designed boats known as tubs where were floated across the sea and then sunk in the Brading Haven until they could be retrieved under cover of darkness. I stayed there a lot longer than I had anticipated but there was so much of interest inside the small building. When I left the centre I crossed the road to visit the Church of the Holy Trinity.

This Church of the Holy Trinity was built in 1846 near the site of an earlier church built in the 1820s that had begun to fall down. It fell into ruins as it had been built with the friable Bembridge stone (a limestone). The new church is more sturdy having been constructed with Purbeck stone decorated with Portland stone. I found the interior pleasingly simple. After visiting the church I continued along the High Street to another iconic building in Bembridge, its windmill.

Bembridge Windmill in Bembridge on the Isle of Wight

Bembridge Windmill is the only remaining windmill on the Isle of Wight. It was built at the beginning of the eighteenth century while Bembridge was almost an island. It was operational for two hundred years providing work for generations of millers. During the 1880’s when Brading Haven was drained and the railway came to Bembridge this meant cheap flour was now available. Between 1897 and 1913 when it ceased operations it only produced cattle feed. During the 1930s the windmill was repaired and local people paid for further restoration work during the 1950s. In 1961 the mill was given to the National Trust who remain responsible for its upkeep. An important part of the island’s heritage the windmill is open to the public from April to October. 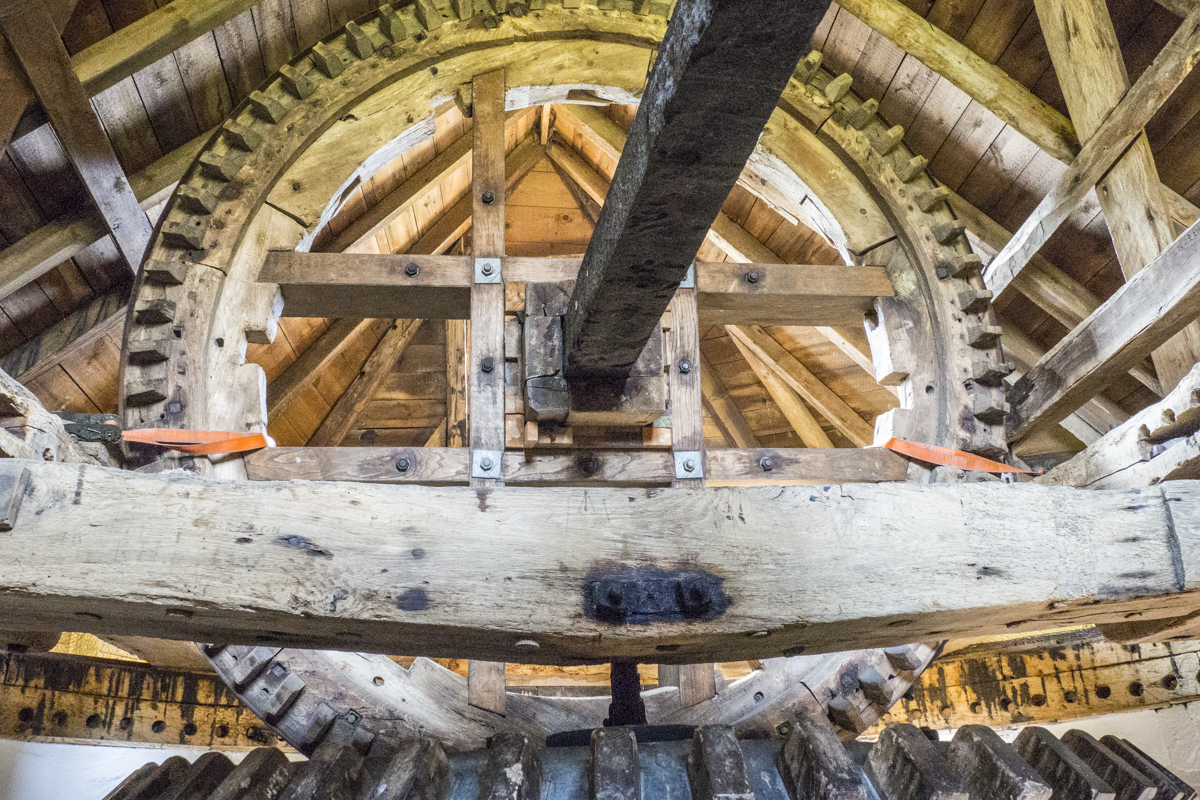 Where to Stay in Bembridge on the Ilse of Wight

While I was on the Isle of Wight I stayed at the Bembridge Coast Hotel, a Warner’s Leisure Hotel for adults only. This hotel is ideally situation on the coast amid lovely gardens. Several types of accommodation are available from standard and Signature rooms to Royal Rooms and Chalets. The staff are friendly, efficient and helpful. The package includes breakfast and dinner as well as professional live entertainment every evening. It was a pleasure staying there. 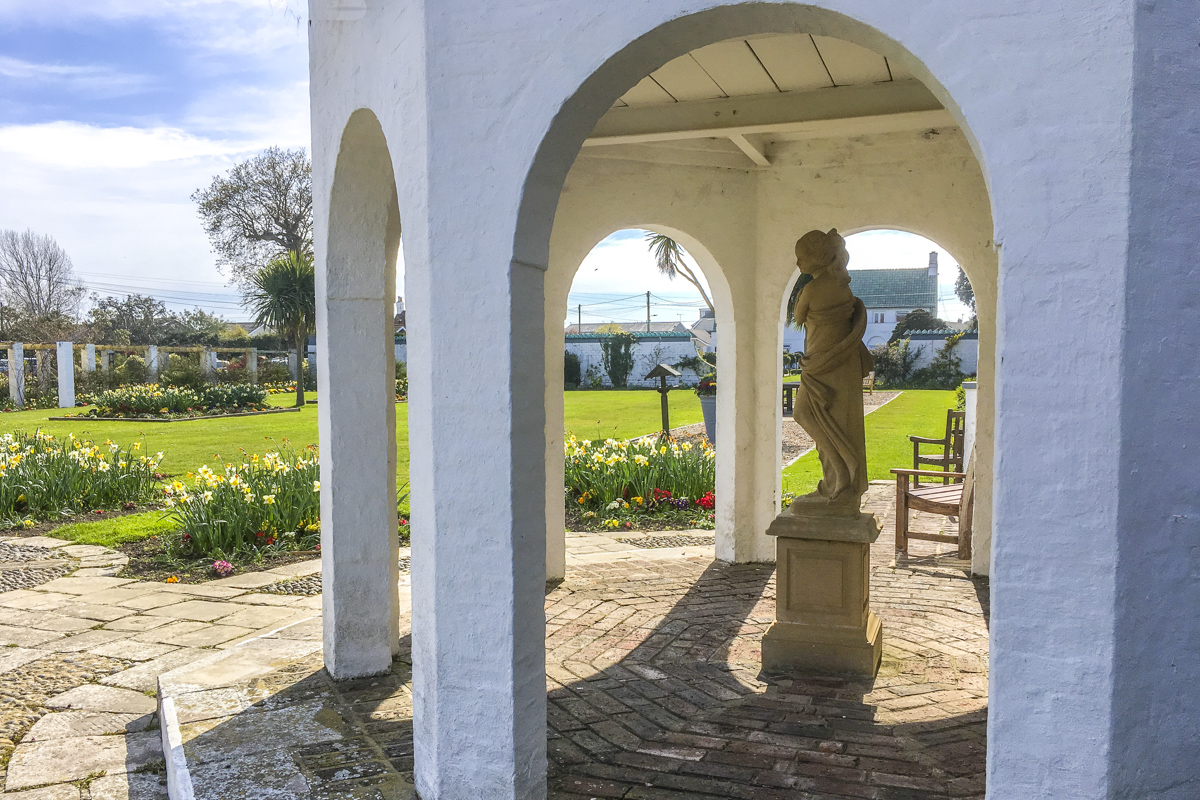 Getting to Bembridge on the Isle of Wight