The Pig in the Wall is without doubt the most welcoming hotel I have ever stayed in during my travels worldwide. I was immediately made to feel at home and soon discovered that nothing was too much trouble for the attentive staff.

I had intended to simply report my presence when I arrived at The Pig in the Wall and then go straight out to explore the old town of Southampton in Hampshire. It was my first visit to the town generally regarded simply as an important cruise terminal in England. But I was not heading off on a cruise I was there to explore the old town and in particular its latest attraction God’s House Tower. However, once I had been invited into the cosy Deli Restaurant, offered a table by an open fire and invited choose my breakfast from a splendid delicatessen counter my resolve weakened. As I ate I discovered more about the building that houses this lovely hotel. 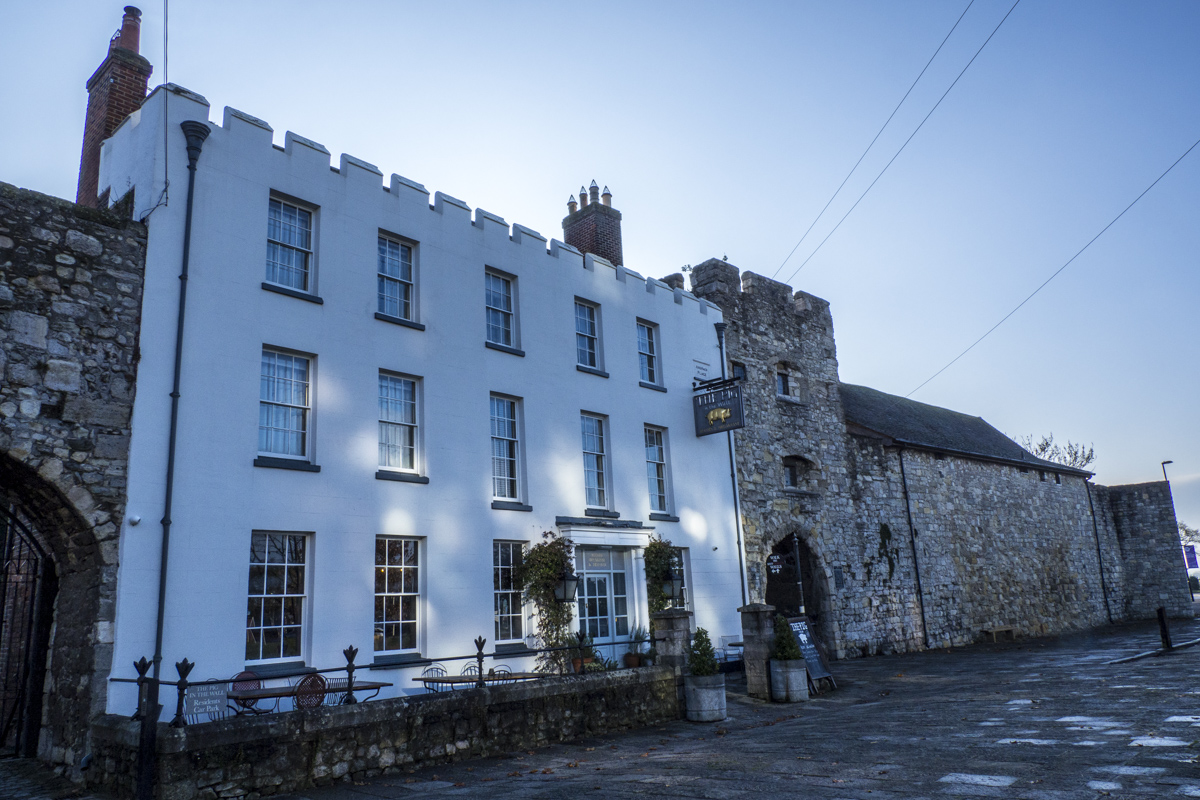 Embedded in the old town walls the building was originally built as a private residence around 1820 by Countess Elizabeth Craven. But she never lived here. After extensive travels around the world she returned to Southampton with a German Prince and they lived in a different house on the West Quay. She is remembered by the Anspach Place sign on the front of the hotel. The sea once lapped at the town walls and the Western Esplanade, that runs along the front of the hotel was once a favourite place for bathing in the sea. The hotel is ideally placed for exploring the old town. To the right is an archway into the Blue Anchor Lane that leads to the medieval market square and the Tudor House and Garden. To the left is the Westgate and the old Cloth Hall that was moved there from the medieval market place and is now known as Westgate Hall. 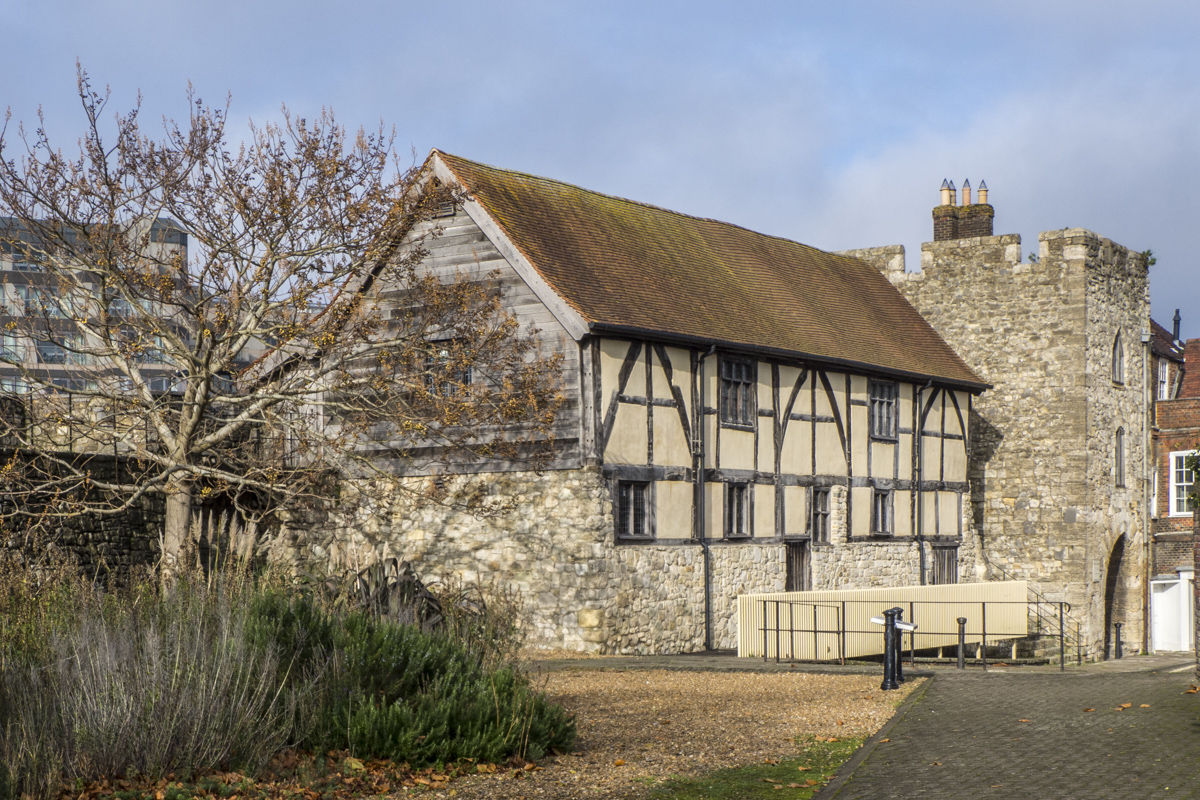 The Rooms at the Pig in the Wall, Southampton

A maze of narrow corridors and wooden staircases connect twelve charming rooms on three floors. Each room is different and all of them are beautifully furnished. Mine was a spacious room with a large bed, dressing table and a claw-footed bath as well as a shower in the en suite bathroom. Facilities included a coffee-making machine, two gingerbread pigs, complimentary water and fresh milk in the fridge – it seemed my every need had been anticipated. After a busy day exploring Southampton it was bliss having a long soak in the bath while watching light entertainment on television. 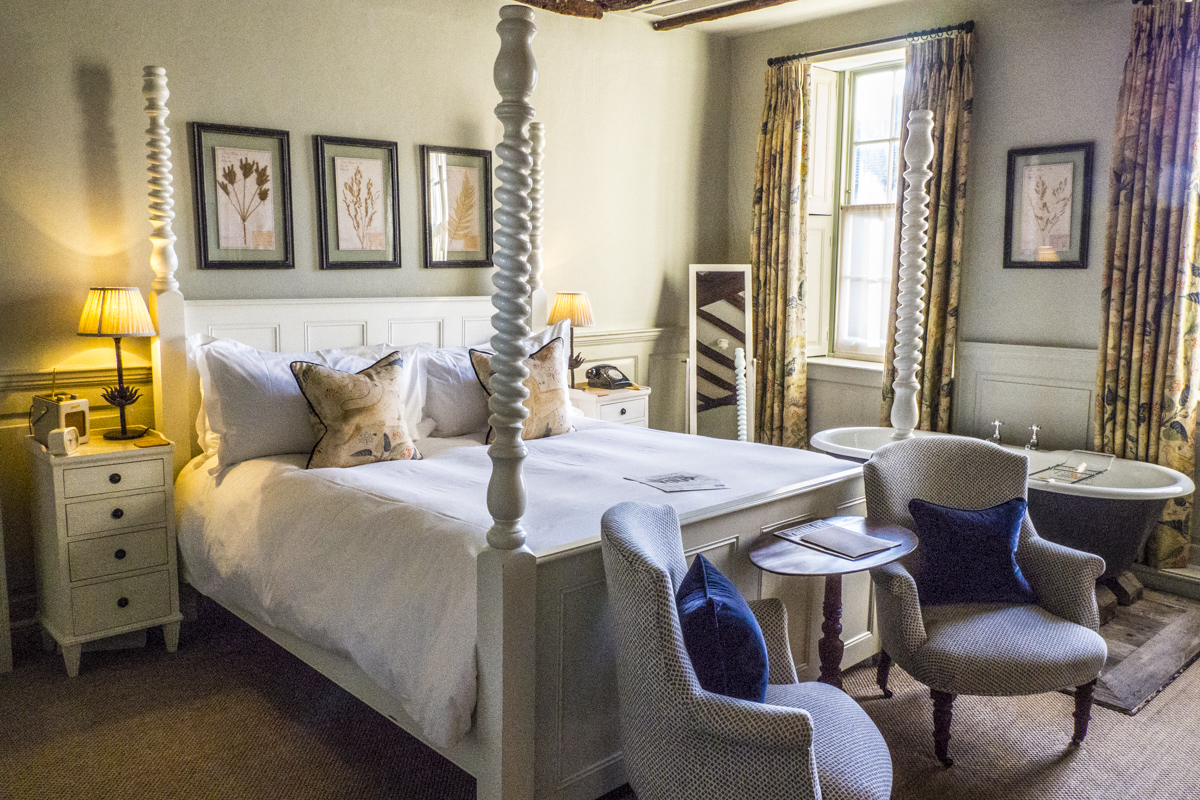 The Restaurant at the Pig in the Wall, Southampton

It was a delight to return to the Deli Restaurant and a tasty home-cooked dinner. All evening meals are supplemented by a choice of salads from the delicatessen counter. I chose the salmon fillet from the menu. It was served with smashed new potatoes slightly crispy round the ages and delicious. I finished with a choose it yourself dessert – a brownie with a scoop of lovely vanilla ice-cream. It was the perfect end to a lovely day. Sadly, I had a very early start the next morning and I told the waitress I would slip out and forego breakfast. But she would not hear of it and told me breakfast would be ready for me at six before I left. I was not convinced but she was right – definitely eleven out of ten for service at The Pig in the Wall in Southampton. 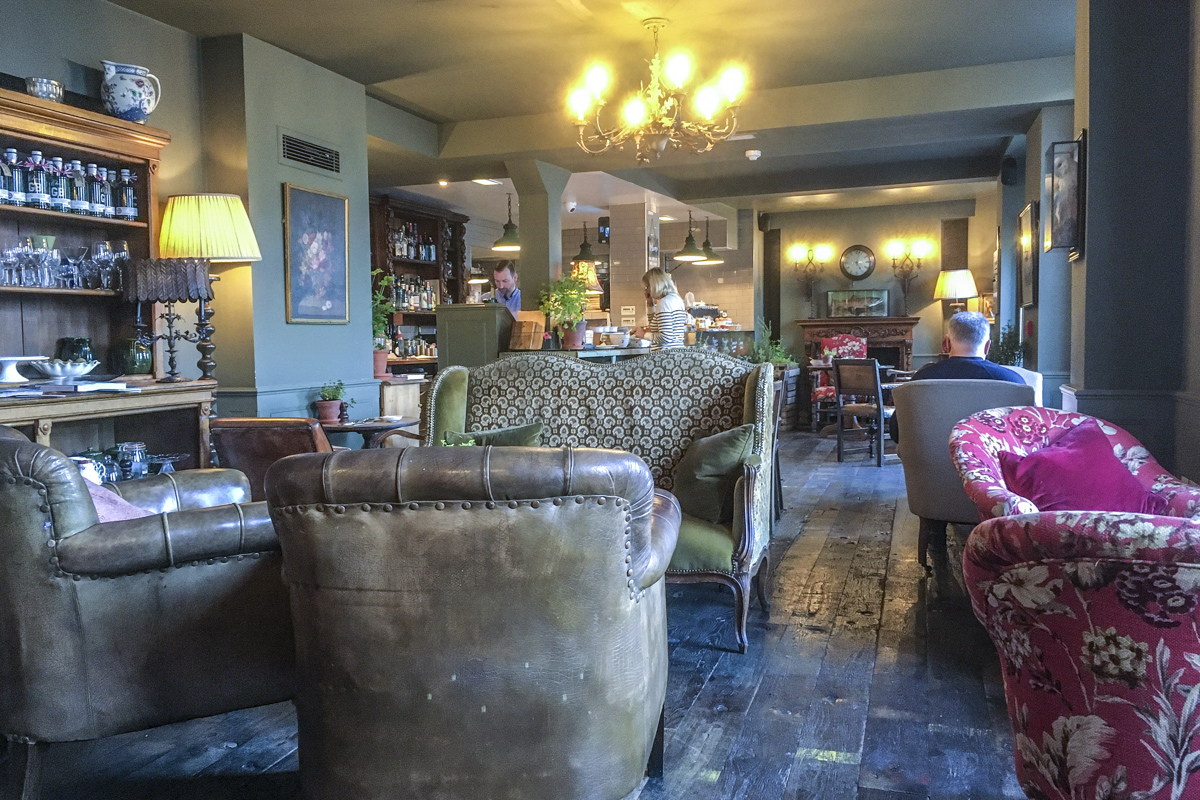 This review is based on the personal experience of Valery, an ExperiencedTraveller.