The Magical Old Town of Budva in Montenegro

Budva is a town divided by history. When the Old Town, surrounded by its medieval walls became too small for a growing population it spilled out along the shoreline on either side of it. Its beauty is enhanced by the small bays indenting the blue Adriatic Sea in front of it and the dramatic, grey, limestone mountains behind it.

A very pleasant approach to Budva, a resort in Montenegro is a gentle stroll along the sea front or Budva Riviera as it is now known. Colourful little boats bob on the surface of the Adriatic Sea along the quay of Budva port. Somewhat overshadowed by the luxury yachts further along the quay they offer trips to the off-shore islands of Sveti Stefan and Sveti Nikola. Boat taxis are also available, a lovely way to return to the hotels around the adjacent bays after some good-humoured fare bargaining. 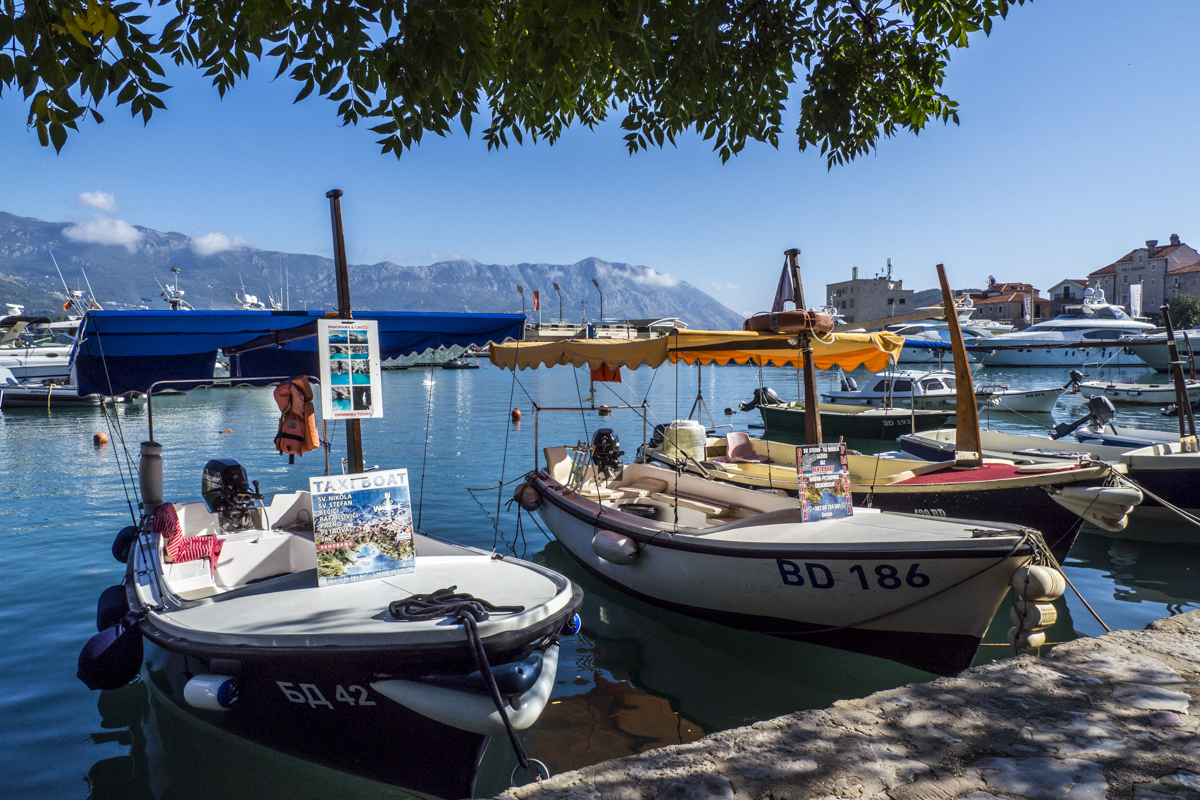 Roman Ruins in the Old Town of Budva in Montenegro

Budva Old Town is a town full of history and legends. It goes back to Roman times when Roman and Greek necropolis (cemetery) was established here. When the foundations were being dug for the Hotels Ava and Mogren from 1936 to 1938 some graves were discovered. Following a disastrous earthquake in 1979 the foundations of a Roman villa, now known as Villa Urbana were revealed close to the graves. Many Roman and Hellenistic artefacts including gold and silver jewellery were also discovered and these are now on display in the Ethnographic Museum in the old town. The ruins of Villa Urbana can be seen close to Porta di Terra Ferma, the main gate into the old town. 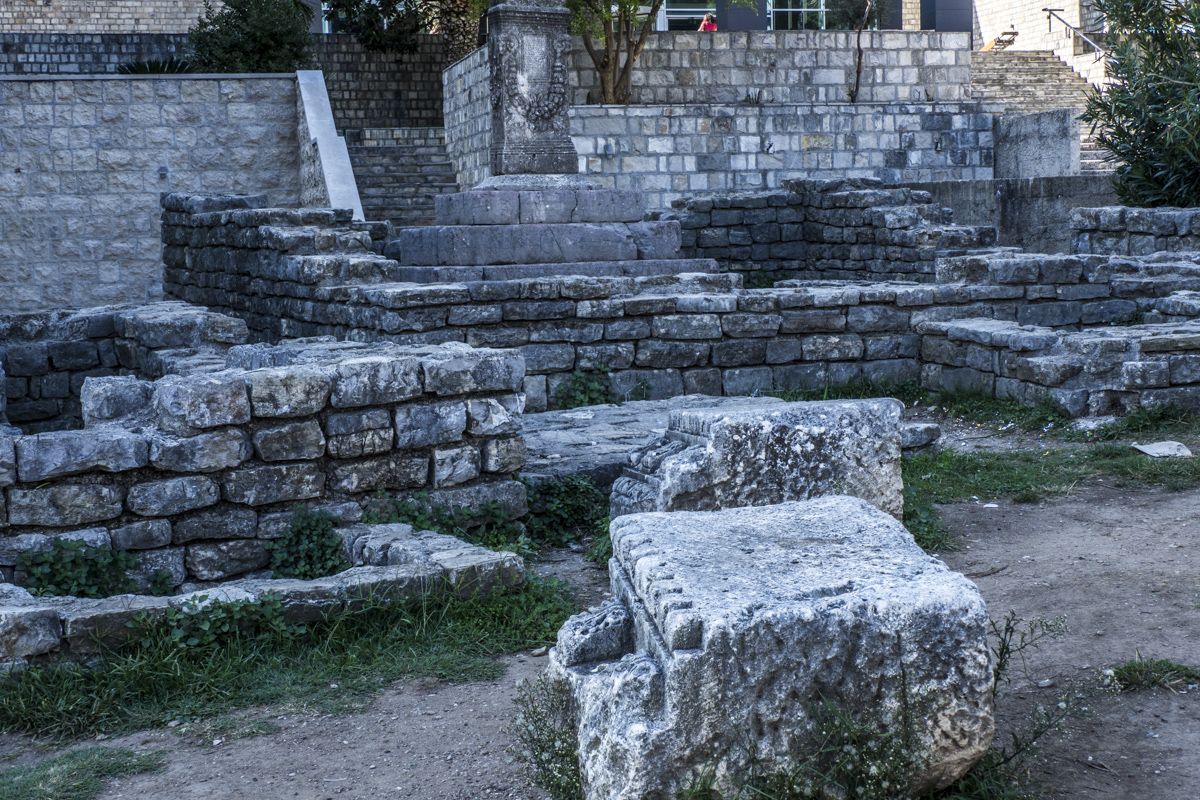 The City Walls of the Old Town of Budva in Montenegro

The Old Town of Budva is encircled by a fortress wall. Its first defensive walls were built during the ninth century. After these walls were destroyed by an earthquake during the seventeenth century they were replaced by the Venetians. Budva was part of the Venetian Republic from 1420 to 1797. It then came under the rule of the Austro-Hungarian Empire before becoming part of the Kingdom of Yugoslavia. It finally achieved independence in 2006. Following the devastation of the old town in 1979 almost all the buildings have been restored to their original form, including the walls. Enter through the main gate, Porta di Terra Ferma, that leads into Njegoševa Street the main thoroughfare. 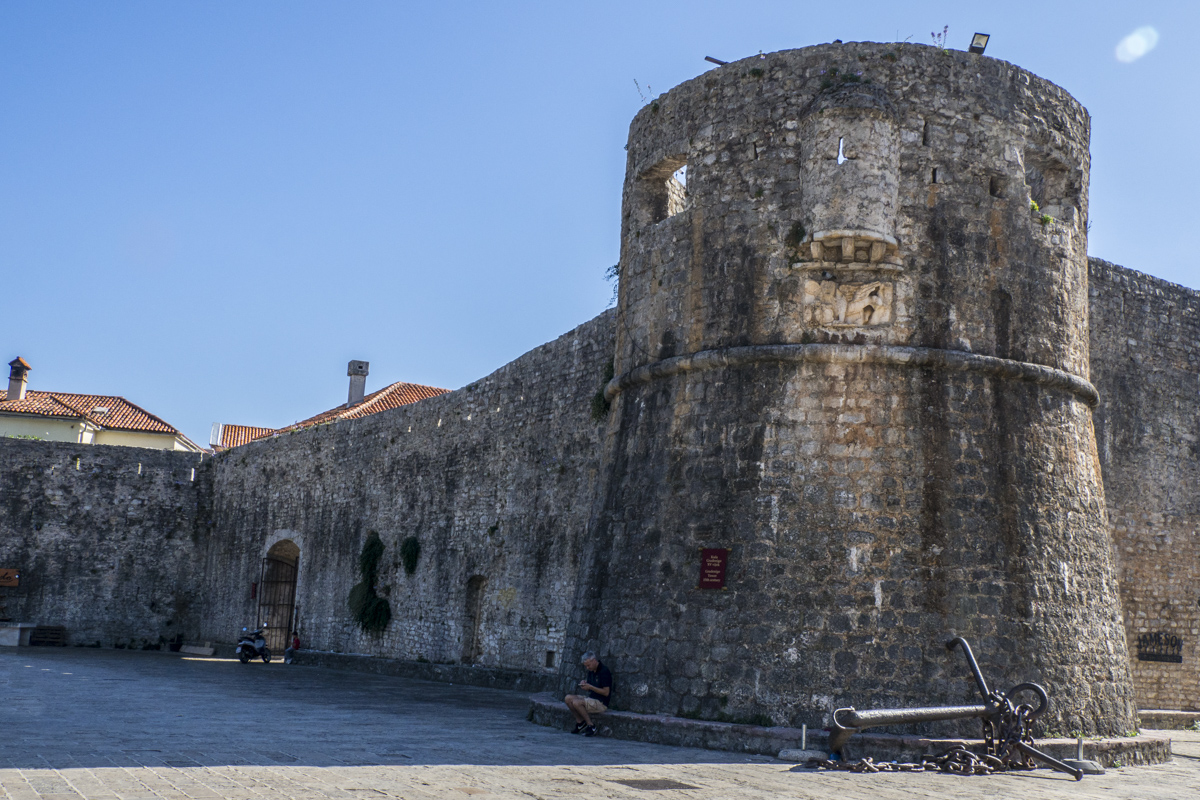 Once inside the walls visitors will find themselves in a living museum where the inhabitants still occupy medieval stone buildings. Budva has been recognised as a monument of architectural antiquity by UNESCO. Its narrow cobbled streets are dotted with souvenir shops, cafés and bars as well as many attractions including museums and churches. 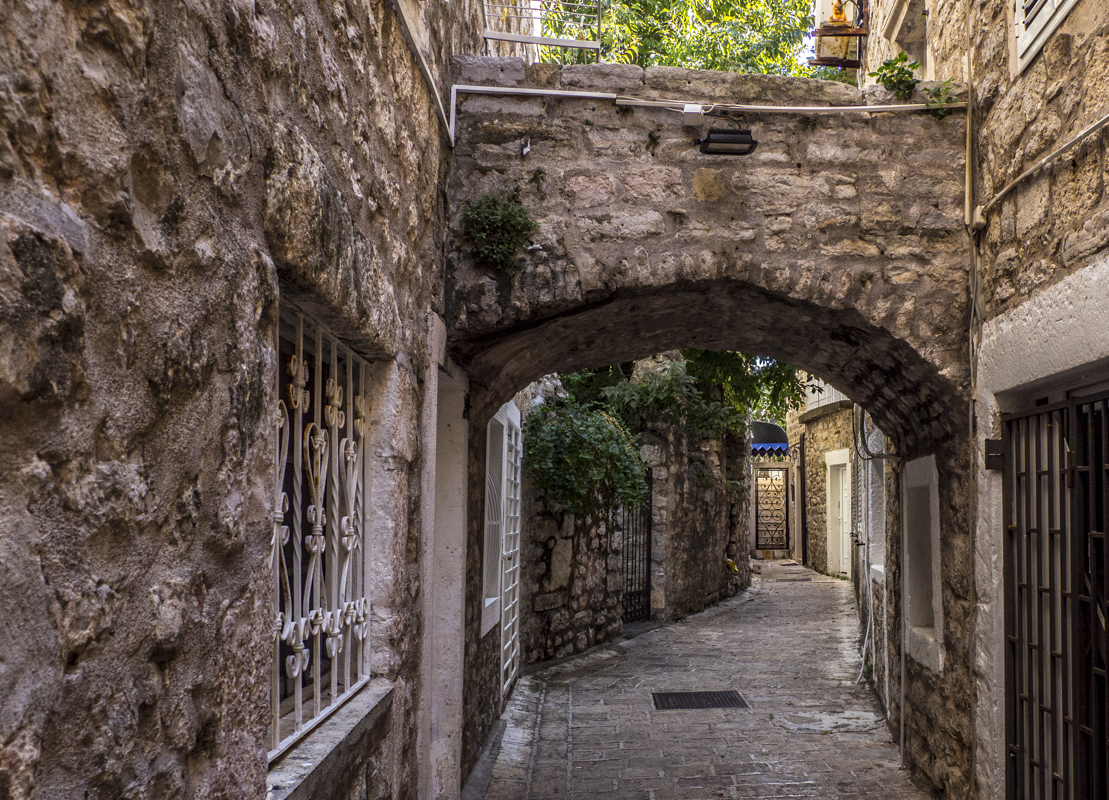 The Museums in the Old Town of Budva in Montenegro

I was fascinated by the Ethnographic Museum both the exhibits and the lovely old building it occupies. The exhibits cover the whole history of the town from prehistoric times to the twentieth century. It displays a lot of the artefacts that were exposed following the earthquake in 1979. There is lovely view of the rooftops of the old town from the second storey of the building. Inside the main entrance is the legend of the founding of Budva. It is complicated and involves two mythical characters who were turned into snakes for killing a dragon. The Maritime Museum, inside the Citadel, is mainly a library but it also features maps and model ships. Lovers of modern art will delight in the esteemed Gallery of Modern Art featuring famous painters from all over the world as well as those from Montenegro. Also on display are some rare private collections gifted to the gallery. 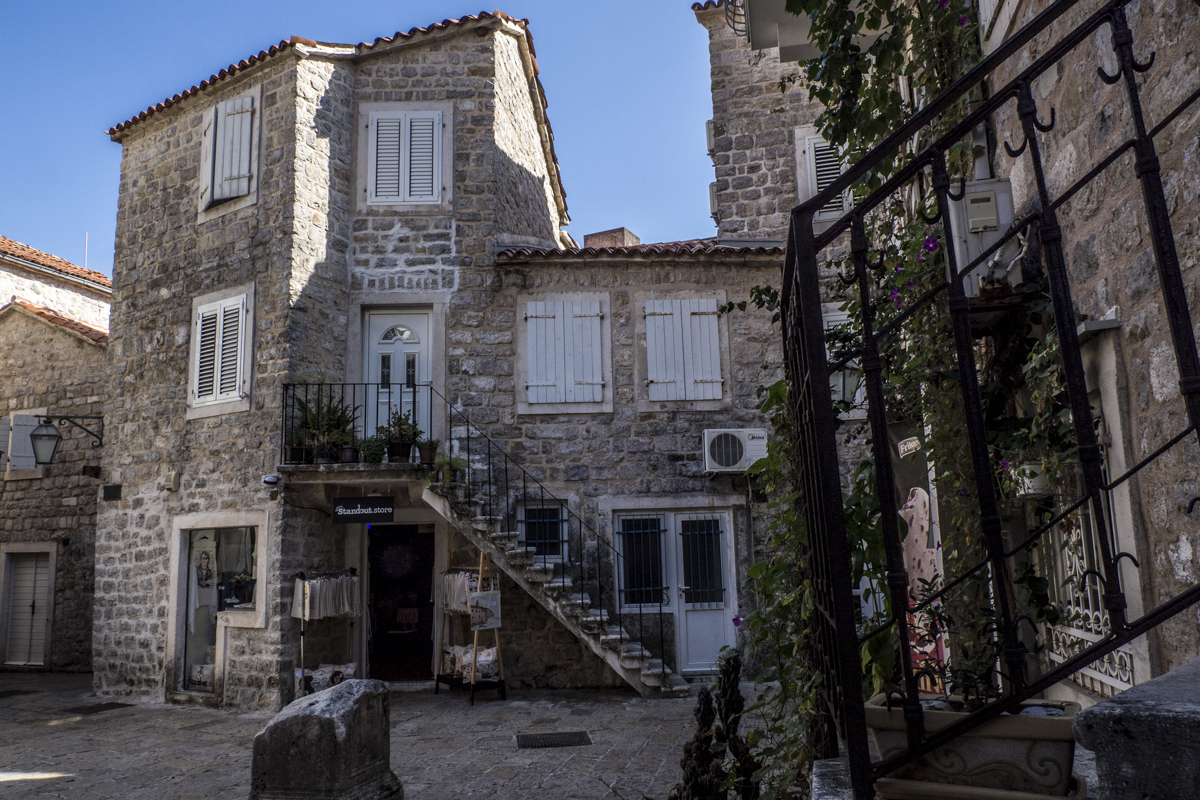 Churches in the Old Town of Budva in Montenegro

Four ancient churches grace the centre of the Old Town of Budva. The church of Saint John, also known as Sveti Ivan (Sain Ivan) is the largest and also the oldest. Its spire is the highest in the old town. It is believed that parts of this church date back to the ninth century. It served as a Catholic cathedral until 1828. Inside there is a very striking and colourful mosaic by the Croatian artist Ivo Dulčić (1916 – 1975) behind the altar. An early Christian Basilica is the oldest sacred building in Budva Old Town. Dating from the fifth century it was discovered after the earthquake in 1979. Its foundations lie alongside the Church of Saint John. 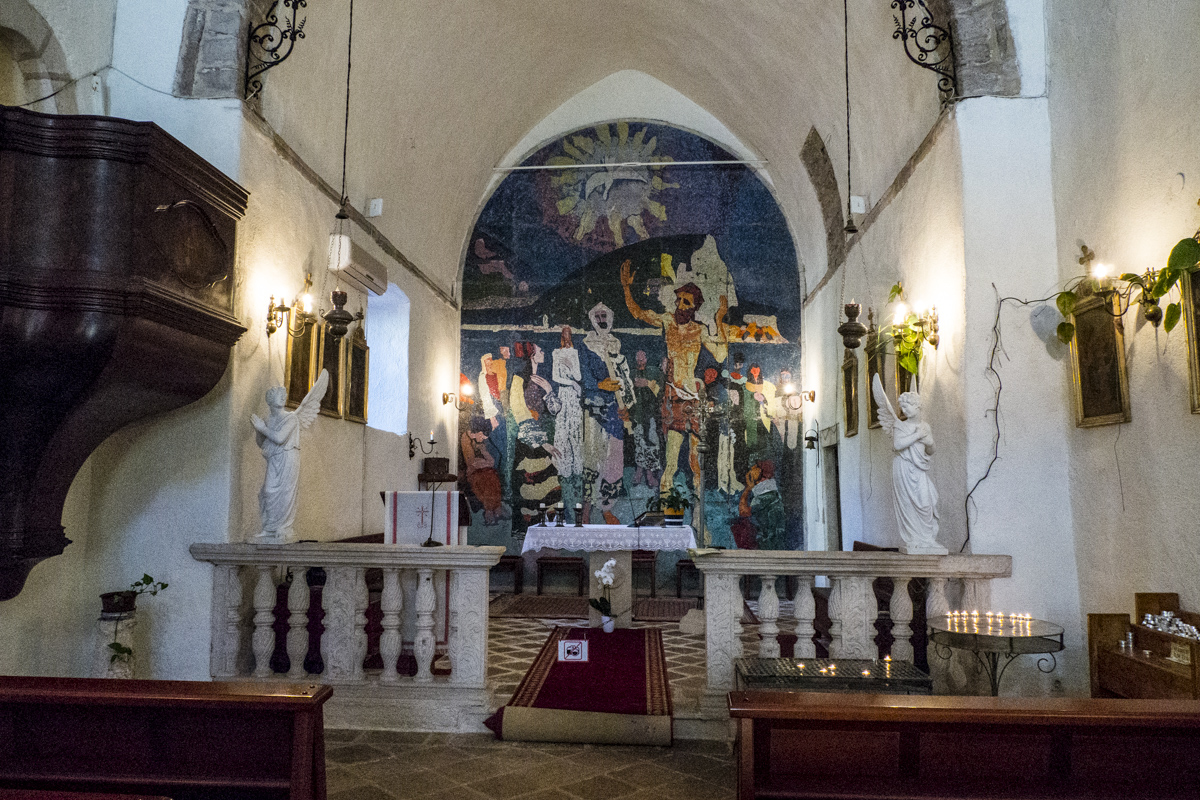 Nearby is the Orthodox Church of the Holy Trinity. When the Venetians left in 1797 the orthodox population of Budva appealed to the Austrians to allow them to have their own church. This church was built in 1804. It has a bell loft housing three bells, a dome and a very elaborate interior. 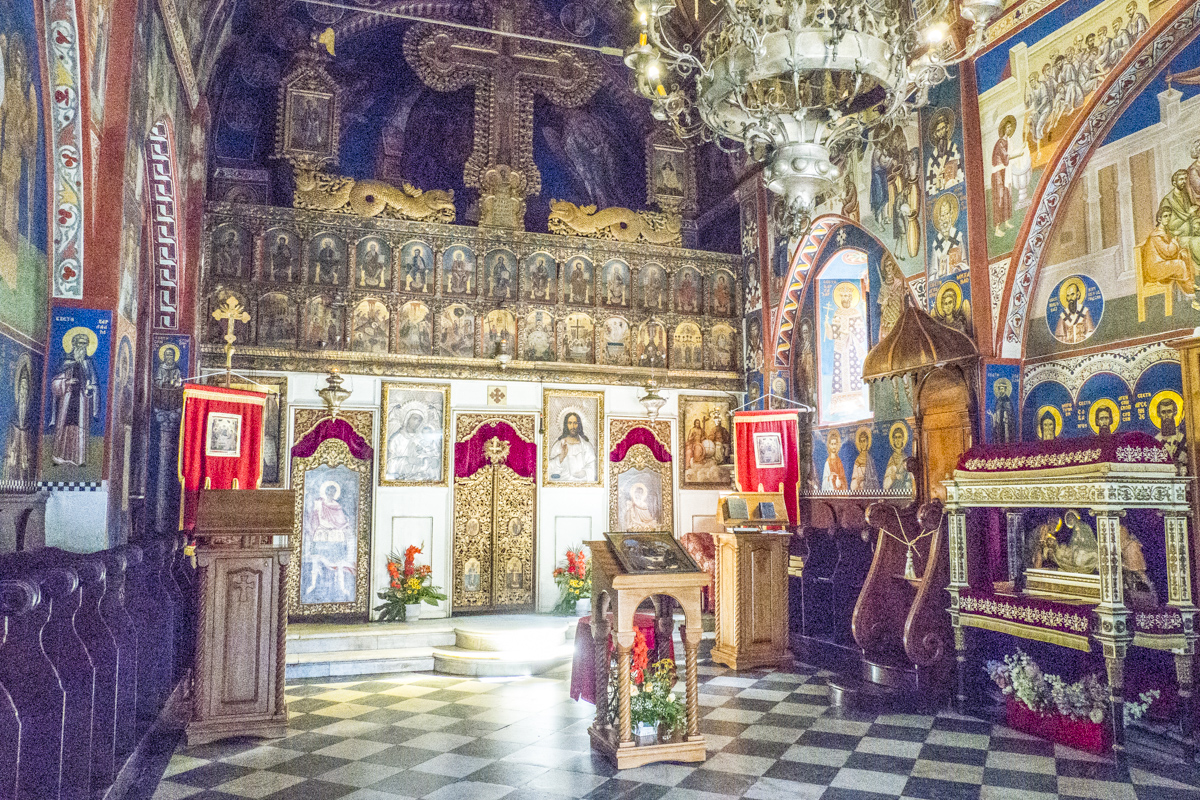 The Church of Santa Maria in Punta is the oldest, and smallest, surviving church in the Old Town of Budva. Built during the ninth century it is also one of the oldest pre-Romanesque buildings in Montenegro. Originally established by Benedictine monks it was later taken over by the Franciscans who used it as a school. Today it is a venue for art exhibitions and classical music concerts. 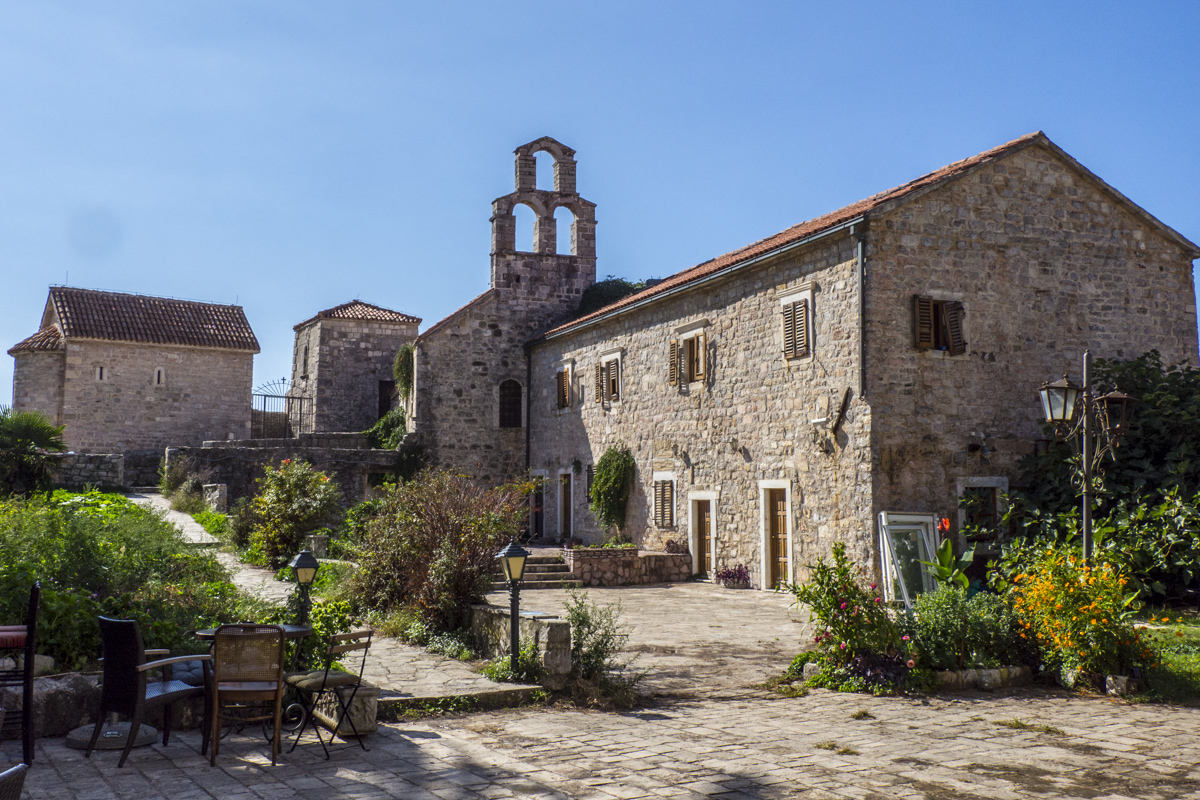 The Citadel in the Old Town of Budva in Montenegro

On the sea-side of the Budva Old Town is the magnificent Citadel also known as the Fortress of St Mary. Although there is very little left of the original fortress built in 1840 this medieval fortress, built in 1425, is virtually intact. Constructed to protect Budva from an invasion by sea its multi-layered arrangement of walls was guaranteed to be impregnable in the event of an attack. It was equipped with everything necessary to withstand a long siege. Today it is the keeper of the history of Budva and is open to the public. Inside there is a museum, a restaurant and an observation deck with a panoramic view of Budva. Leave the city through the small gate that leads to the Ričardova glava on the far side of the Old Town for some good views of the Citadel. 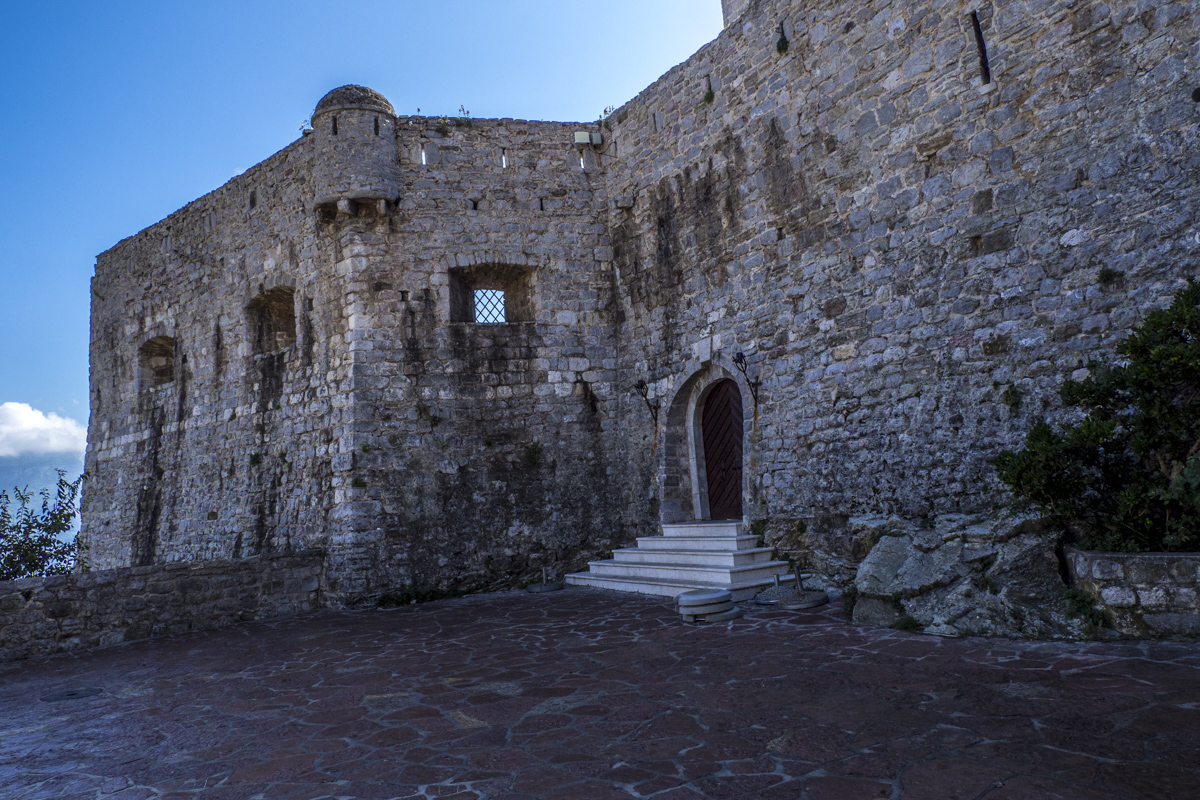 Where to Stay in Budva, Montenegro

I stayed at the Falkensteiner Hotel above the Bečići Beach one of the most well-known beaches on the Budva Riviera. Situated on the cliff tops its bedrooms and sun terraces look out across the beautiful bay below. The beach is accessible following a footpath through the grounds of the hotel leading on to a bridge crossing the main road. Once on the sea front guests can enjoy the lovely beach and a variety of good restaurants serving traditional Montenegrin dishes. The well-appointed bedrooms in this recently refurbished hotel have everything a guest could want for a comfortable stay from tea and coffee-making facilities to a large, flat screen television. But who would want to stay inside when they can relax on the large sun terrace enjoying the beautiful landscape that surrounds the hotel. Or, enjoy a refreshing swim in the infinity pool. Excellent buffet breakfasts and dinners are available in the hotel restaurant which has a large outdoor terrace. An a la carte menu is also available in the extensive bar area. 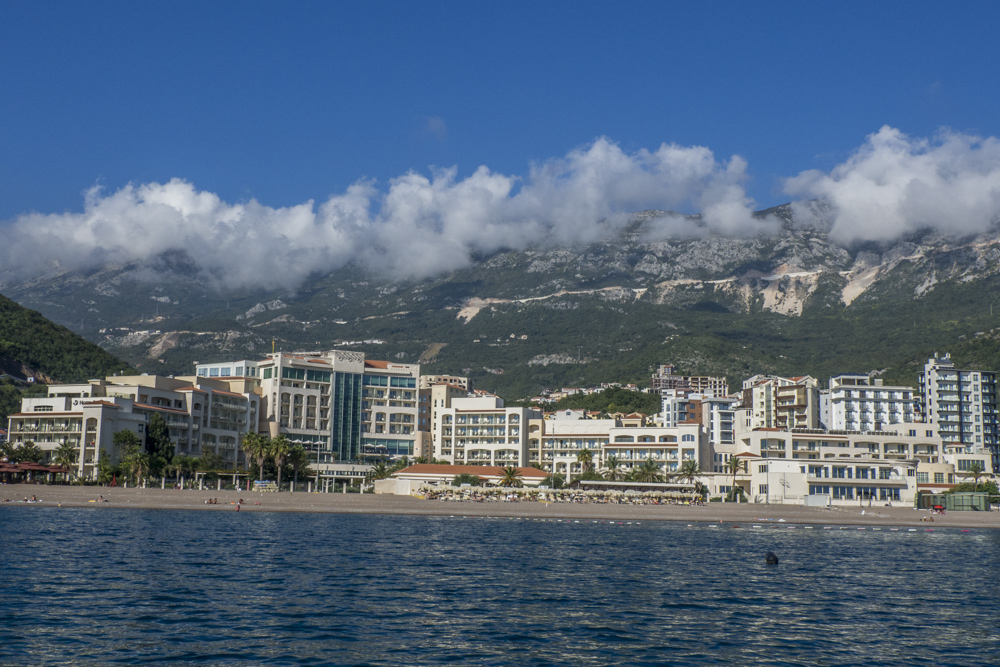 How to get to Budva, Montenegro

Fly to Dubrovnik then enjoy the two-hour scenic journey and in particular the crossing of the Bay of Kotor. Airport transfers are available and can be booked online. But a hire car may be a better option in order to explore further afield.

This article is based on the personal experience of Valery, an ExperiencedTraveller. I visited Budva on a trip organised by Solos Holidays.