For centuries Dover has been at the forefront of conflicts involving England resulting in the construction of its magnificent castle to defend the town as well as other historic landmarks including the only painted Roman house in the country.

Dover, in Kent, consists of three very different areas. Its historic town centre, a long seafront and harbour in front of the town and a castle and cliff tops above the town. Its Museum in the historic Market Square is a good place to start a visit here. 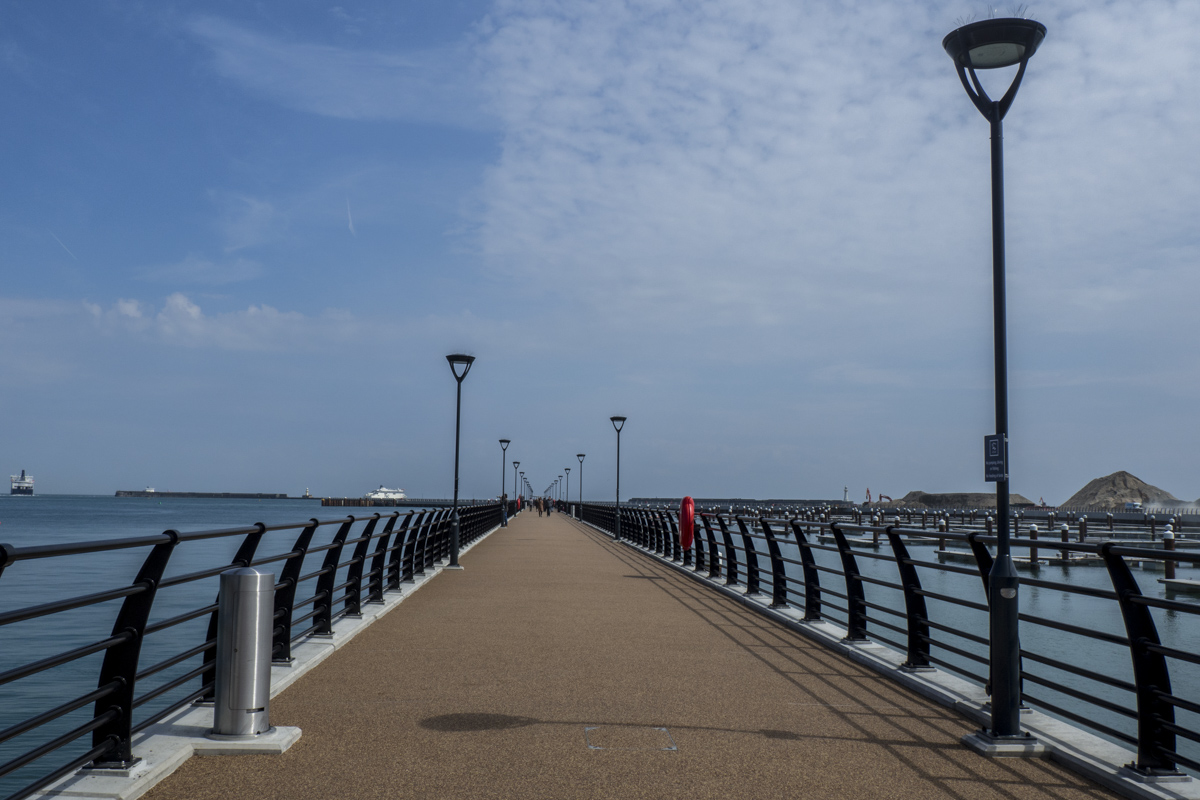 Dover Museum is housed in the former Market Hall that was built in 1846. The Visitor Information Centre is in the entrance of this attractive listed building. Despite being severely damaged during the Second World War markets were held in the Market Hall until 1985 by which time the building was in a poor state of repair. The façade of the building was restored and a new three-storey building was built behind it. Dover Museum, one of the oldest museums in Kent (founded in 1836) moved into this building in 1991. Its history galleries relate the story of the town. The first floor is dedicated to a special exhibition which changes every year. 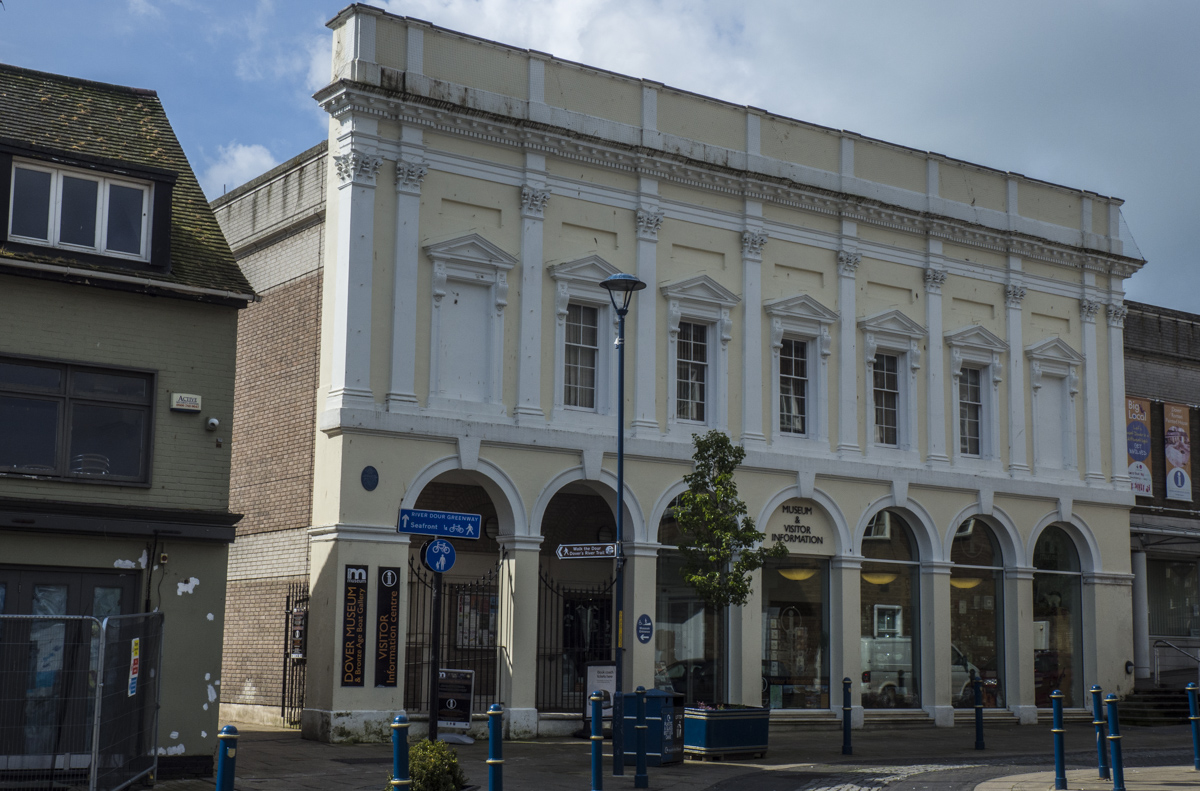 The Dover Museum in Dover, Kent

A unique exhibit in the museum is the Bronze Age Boat the oldest known sea going boat in the world. This boat, thought to be around three thousand years old, was discovered in 1992 and a whole gallery is dedicated to the story of this important artefact and the Bronze Age. 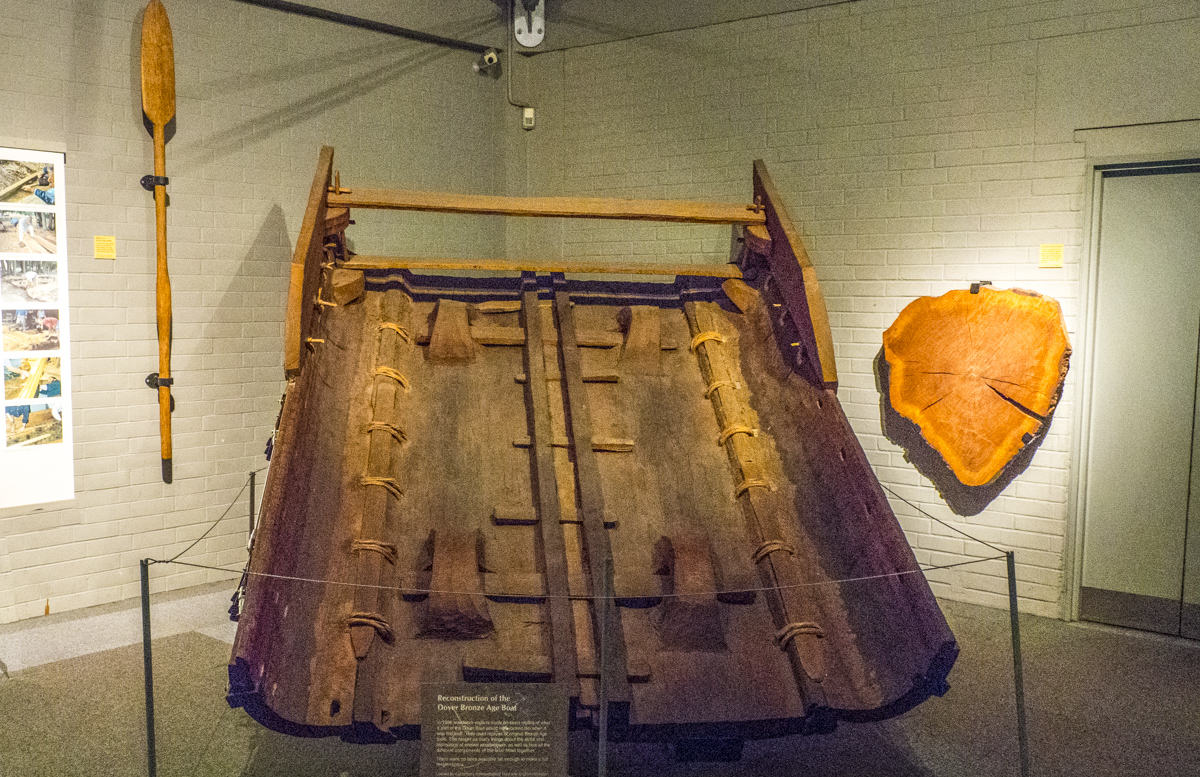 Reconstruction of a section of the Bronze Age Boat in Dover Museum in Dover, Kent

A self-guided historic walk, available from Dover Museum includes other historic buildings in the town centre. The most impressive of these is the Town Hall or the Maison Dieu as it is also known. This impressive building dates back to 1203 and although it looks as though it was originally a church it was built to provide accommodation for pilgrims on their way to the shrine of Thomas a Beckett in Canterbury. It was also used to care for wounded and destitute soldiers. This huge, stunning grade 1 listed building has been used for many different purposes for the last eight centuries from a military store to a council chamber, a centre of local justice and punishment to a concert hall. Its four beautifully renovated galleries are available to hire for private functions. Guided tours are available for visitors every Wednesday throughout the year. 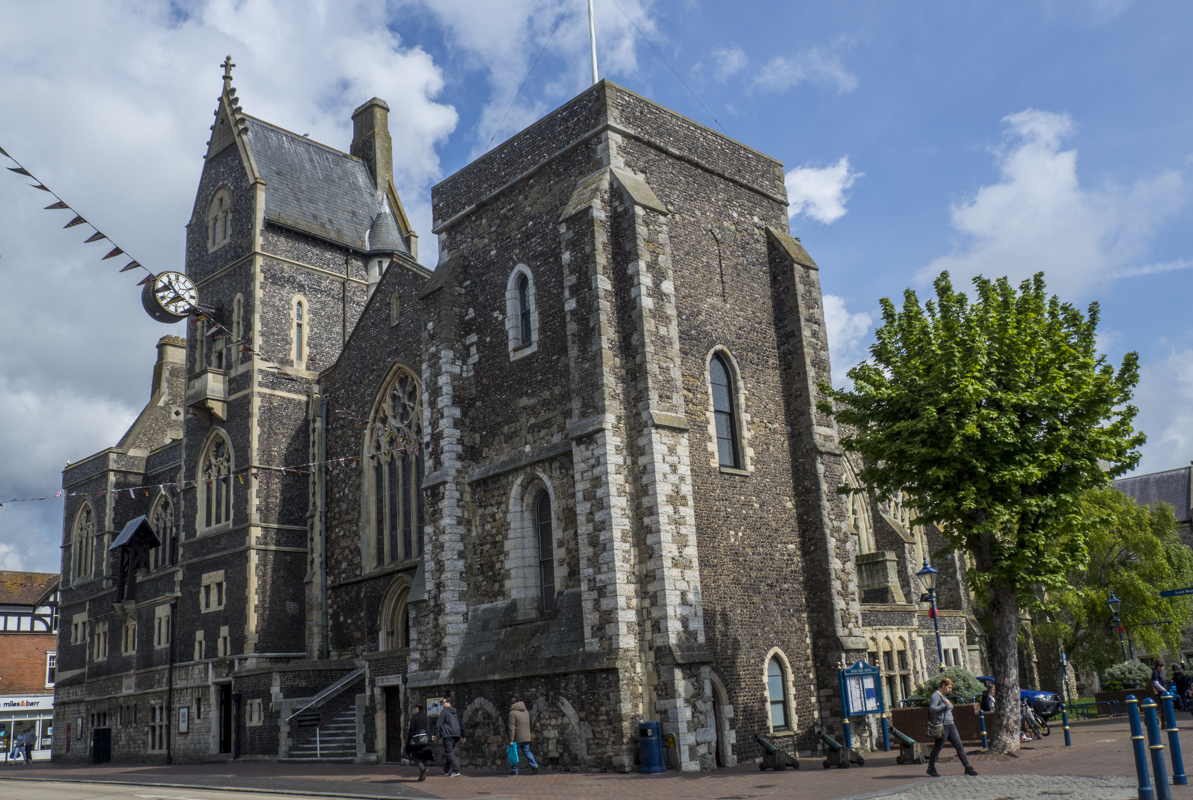 The Town Hall or Maison Dieu in Dover, Kent

Saint Edmund’s Chapel is probably the smallest chapel in England that is still used on a regular basis. Built in the mid-thirteenth century it is thought this chapel was originally intended to be used as a chapel of rest. Since its suppression in the mid-sixteenth century it has been used for a variety of purposes including a blacksmith’s forge. It was saved from demolition in 1965 by a private group. It was restored and in 1968 it was re-consecrated for worship. More than three-quarters of this building is original and the rest has been restored using medieval materials. 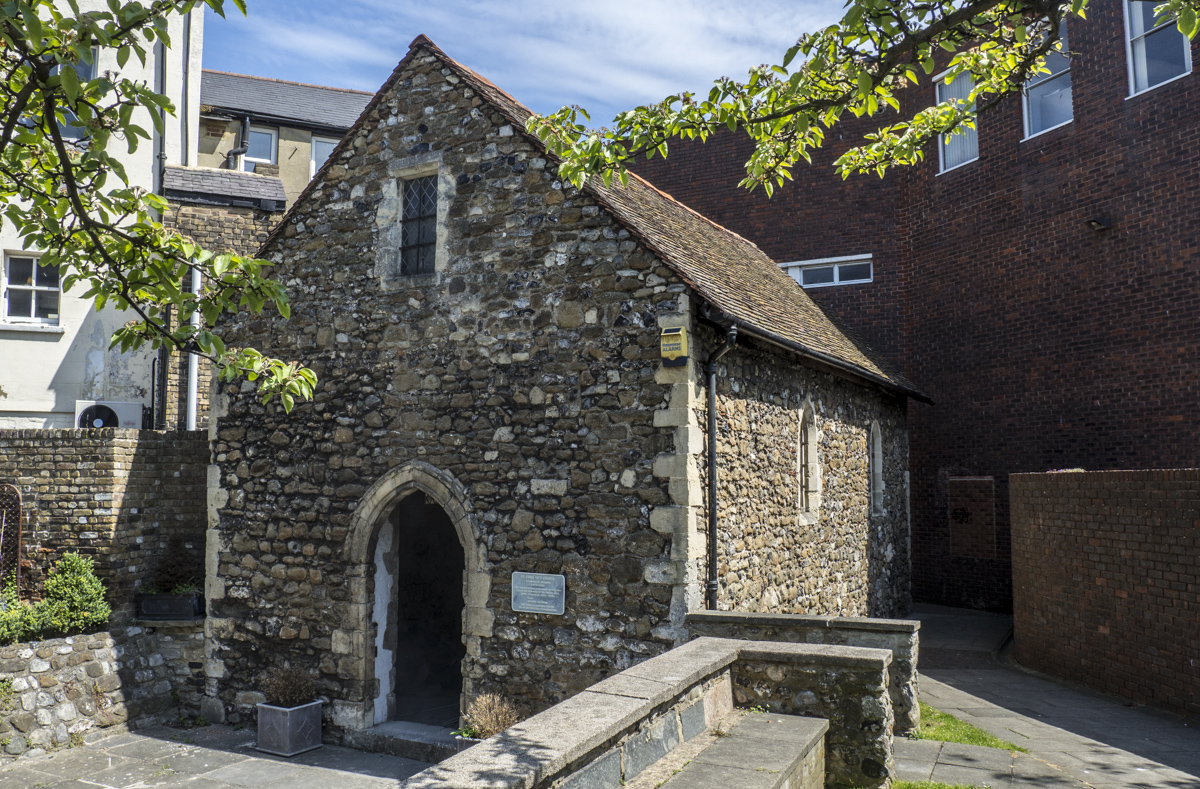 Close to the town centre is the very special Roman painted house. It was discovered and excavated during the 1970s. It is believed to have been either part of a large mansion or an official hotel for travellers crossing the English Channel. The house was built around 200 AD when Dover was the main naval base and gateway to Roman Britain. On the walls of the five rooms are parts of painted murals with scenes involving the Roman god Bacchus. Under these rooms there is an elaborate underfloor heating system. The museum is staffed by enthusiastic and knowledgeable volunteers and I was lucky that Rachel had time to take me on a private tour during my visit. 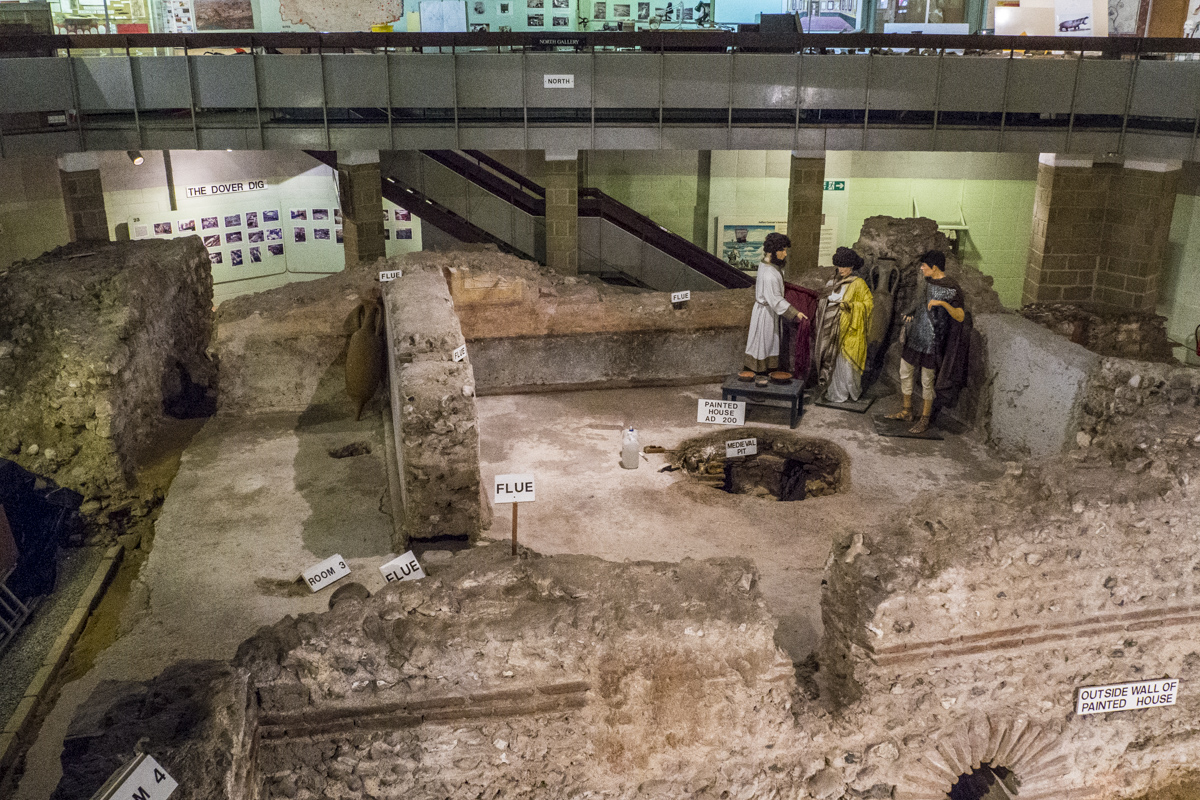 The Sea Front and Harbour of Dover

At the end of Castle Hill Road, leading down to the sea front, is the historic White Horse Inn. It occupies a house, built in 1365, for the Verger of the Norman church of Saint James. The ruins of the church, damaged during both World Wars are next door to the inn. It was once used as a morgue for bodies recovered from the sea today and inquests were heard here. It is worth a quick look inside its entrance where the names of those who have swum the channel are scrawled on the walls and ceiling. 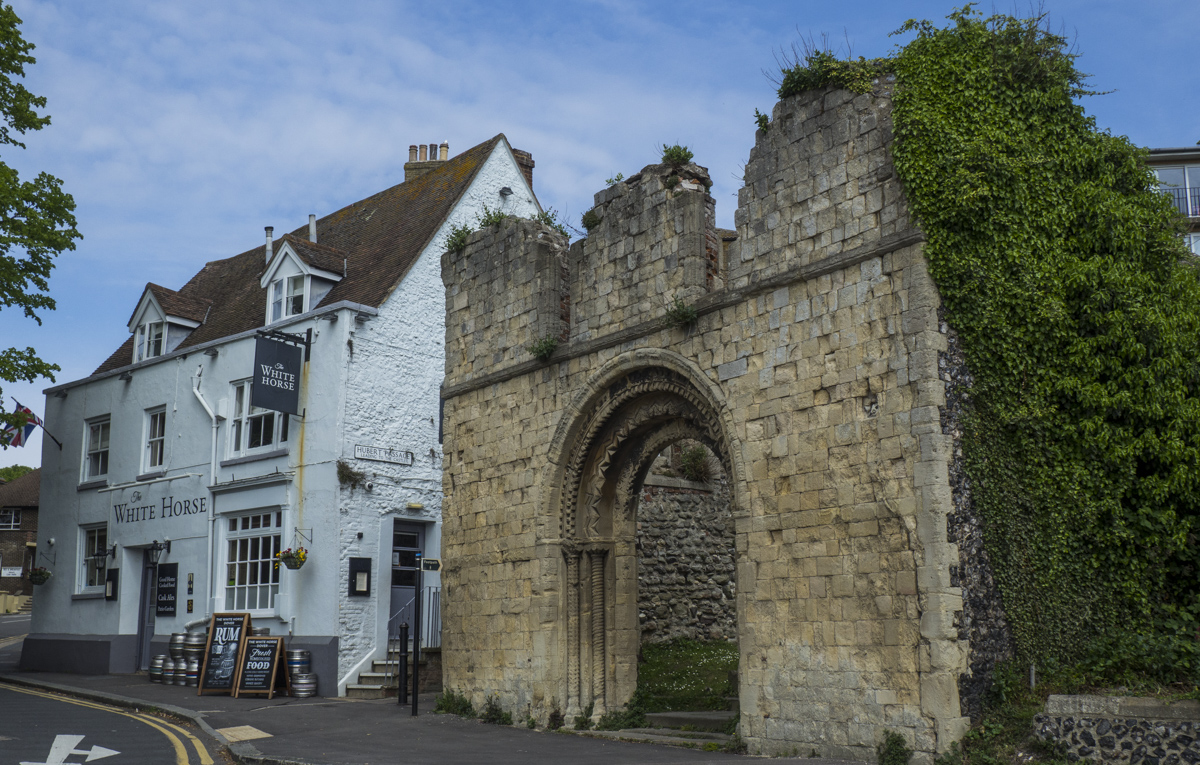 Dover has a splendid promenade, the Esplanade, that stretches between its white cliffs at one end of the town to the large port at the other. The New Marina Pier offers a great walk and good views of the working docks on one side and the White Cliffs of Dover on the other. This Esplanade was conceived by specialist architects Tonkin Liu and opened in 2010. It features three sculptural artworks, Lifting Wave, Resting Wave, Lighting Wave representing different aspects of Dover and its relationship to the sea. These blend in with some of the most attractive buildings in the town, including the elegant Wellington Crescent. Interspersed amongst the buildings and sculptures along the sea front are several interesting memorials from the two World Wars. 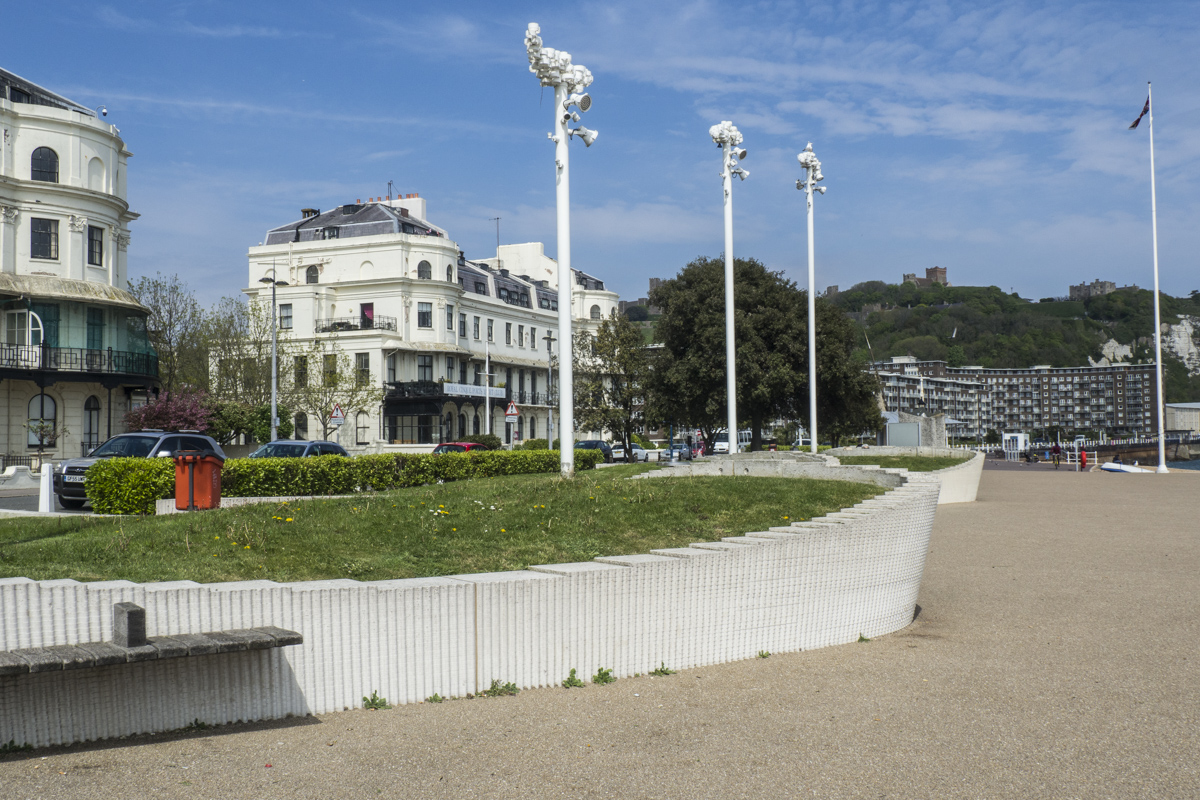 The Esplanade in Dover, Kent

Dover Castle looms impressively above the town keeping watch over its inhabitants as it has done since the first fortifications were built there by William the Conqueror in the eleventh century. The chalk of Castle Hill has, since the castle was built on top of it been modified to create massive earthworks, ditches and mounds. Walls with towers encircle it and medieval tunnels run beneath it. Its buildings and defences have been adapted to meet the changing demands of weapons and warfare including both World Wars. Within its walls is one of only three Roman lighthouses to survive from the time of the Roman Empire and it is the most complete Roman building still standing in England. There is so much to see on the huge site that a whole day may not be enough. Within the castle there are three places to eat, the NAAFI where the soldiers once ate, the Great Tower Café and the Tunnels Tea Room. Guided tours are available and of particular interest is the Medieval Tower that includes the Throne Room, a private chapel and great views from the top. 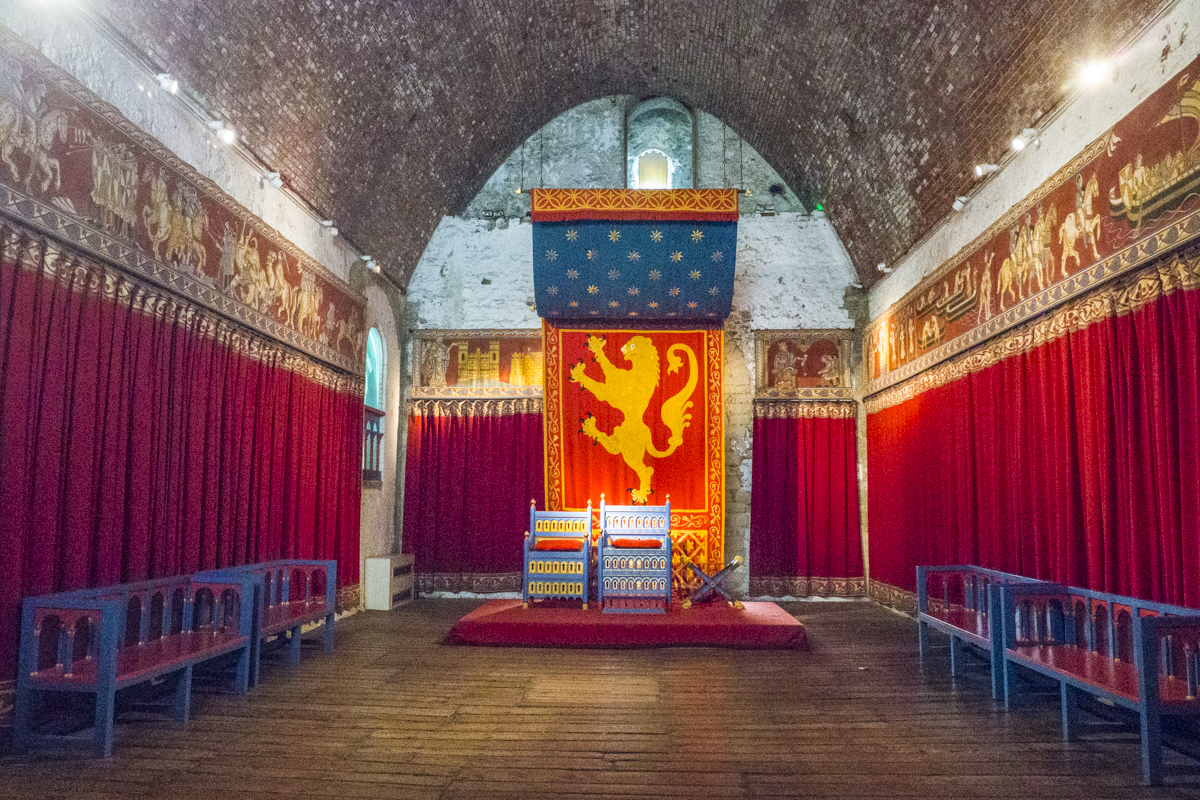 The Throne Room at Dover Castle in Kent

The White Cliffs of Dover

The White Cliffs of Dover are not only a landmark of Dover but also of England as they are the first sight of England when crossing from France. These cliffs are accessible by a path leading up to the top of them from the sea front or a short journey by road. They are owned and managed by the National Trust who provide parking and other facilities. Visitors can learn more about these iconic cliffs in the Visitor Centre before following one of the marked trails (of varying lengths) to enjoy the view and rolling downs on the cliff tops. They may even meet the resident grass trimmers, a herd of Exmoor ponies. 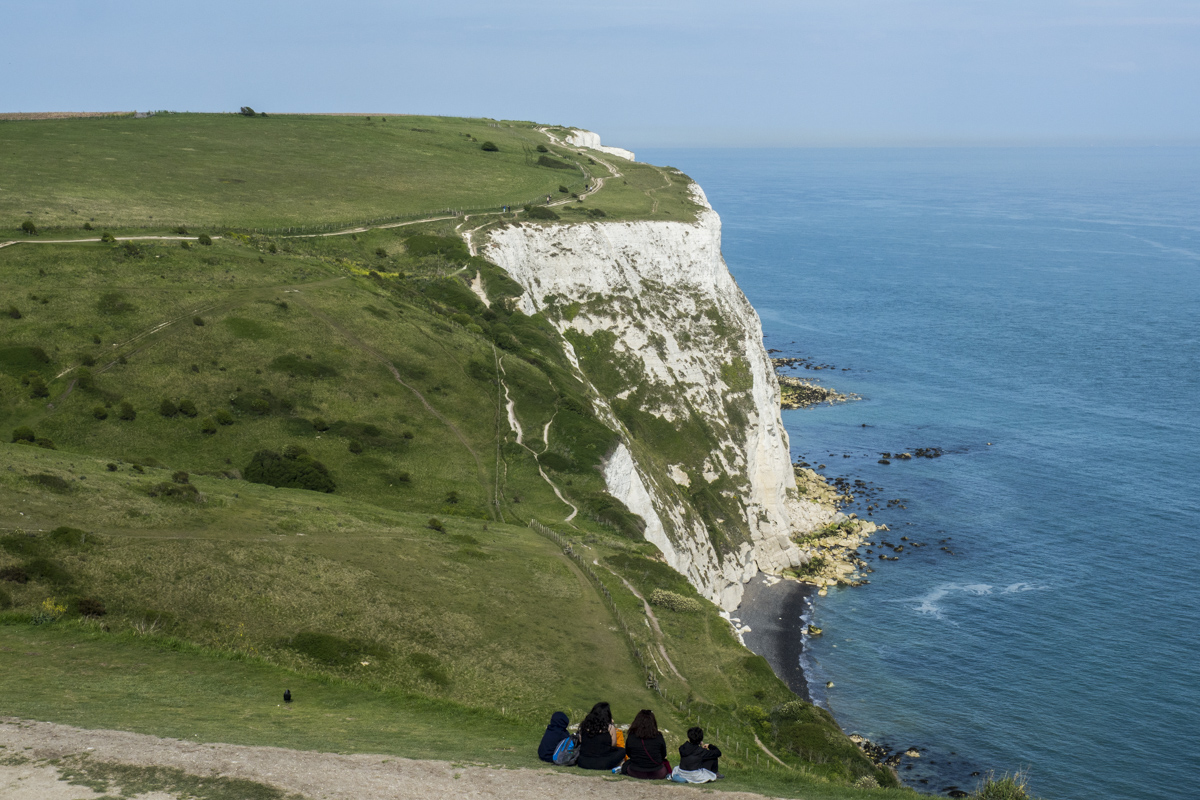 The White Cliffs of Dover, Kent

A two-mile walk along the cliff top leads to the South Foreland Lighthouse. This Victorian lighthouse was built to warn ships of the shifting Goodwind Sands in the English Channel and guide them through the Strait of Dover. There has been a lighthouse here since the fourteenth century when it consisted of a lantern hung in a hermitage cut into the cliff. Today visitors to this lighthouse which was decommissioned in 1988 can learn about its interesting history and its involvement in both World Wars. After the walk to this lighthouse, visitors will also appreciate the availability of refreshments in the charming Mrs Knotts Tearoom that offers a good old-fashioned English tea.

South Foreland Lighthouse on the White Cliffs of Dover, Kent

While visiting Deal I stayed at The Lodge at Prince’s Golf Club. Situated at the entrance to the golf course on the Bay of Sandwich the rooms overlook the shingle beach and the sea. I really appreciated the tranquillity of this place after a day exploring the nearby towns. I enjoyed my very comfortable light, spacious room and early morning walks along the beach. 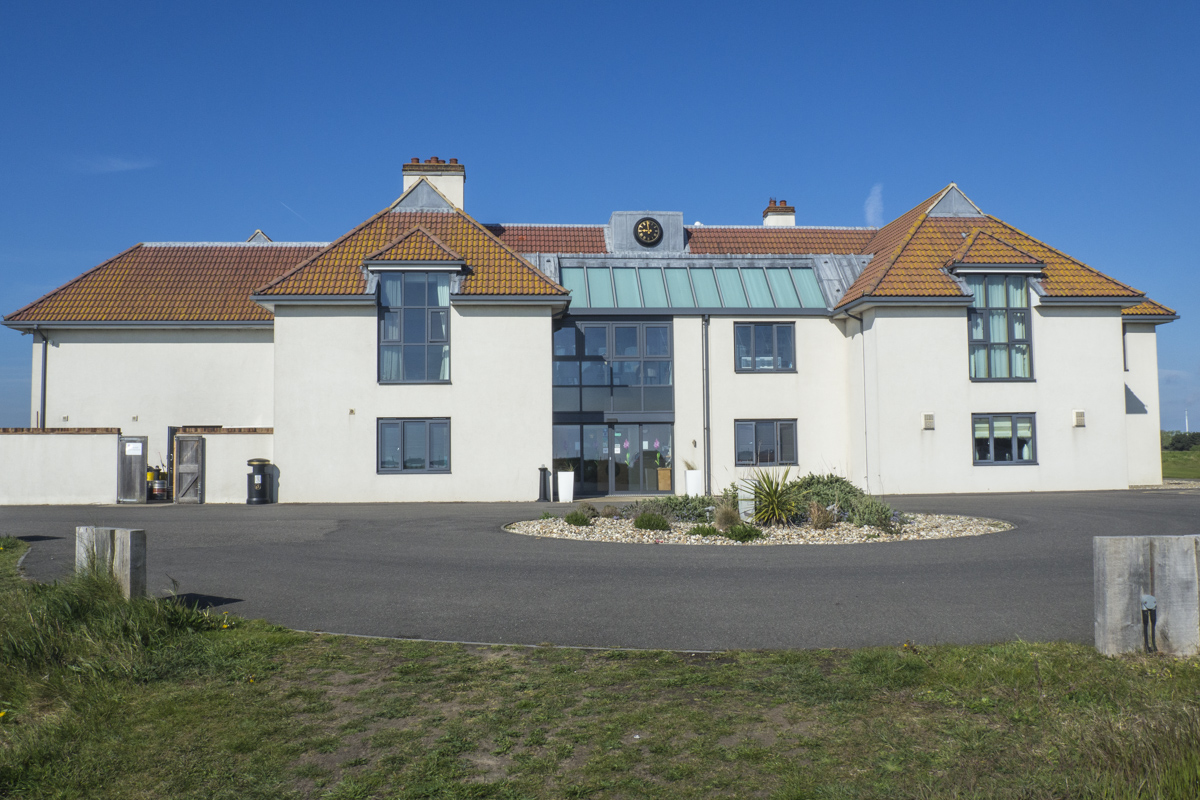 The Lodge at Prince’s Golf Club in Sandwich, Kent

Regular train services operate from London St Pancras and London Victoria to Dover. It is also easy to get there by road thanks to the M20 that links into other motorways.