Alton in Hampshire - All About Jane?

Jane Austen never lived in the small Hampshire town of Alton but she did visit the town regularly to shop, post letters, do her banking and catch the stage coach to London from its High Street.

Jane would have used the coaching facilities at what is the Swan Hotel today and she was also a member of the Alton Book Society that held its Annual General Meeting here. But Jane is not the only famous person to be associated with Alton, another well-known resident was Sweet Fanny Adams. Fanny Adams did actually exist but today she is more commonly associated with the phrase sweet fanny adams that translates as sweet nothing or very little. Her story is told in the Curtis Museum and her grave can be seen in the town’s cemetery on the Old Oldham Road. 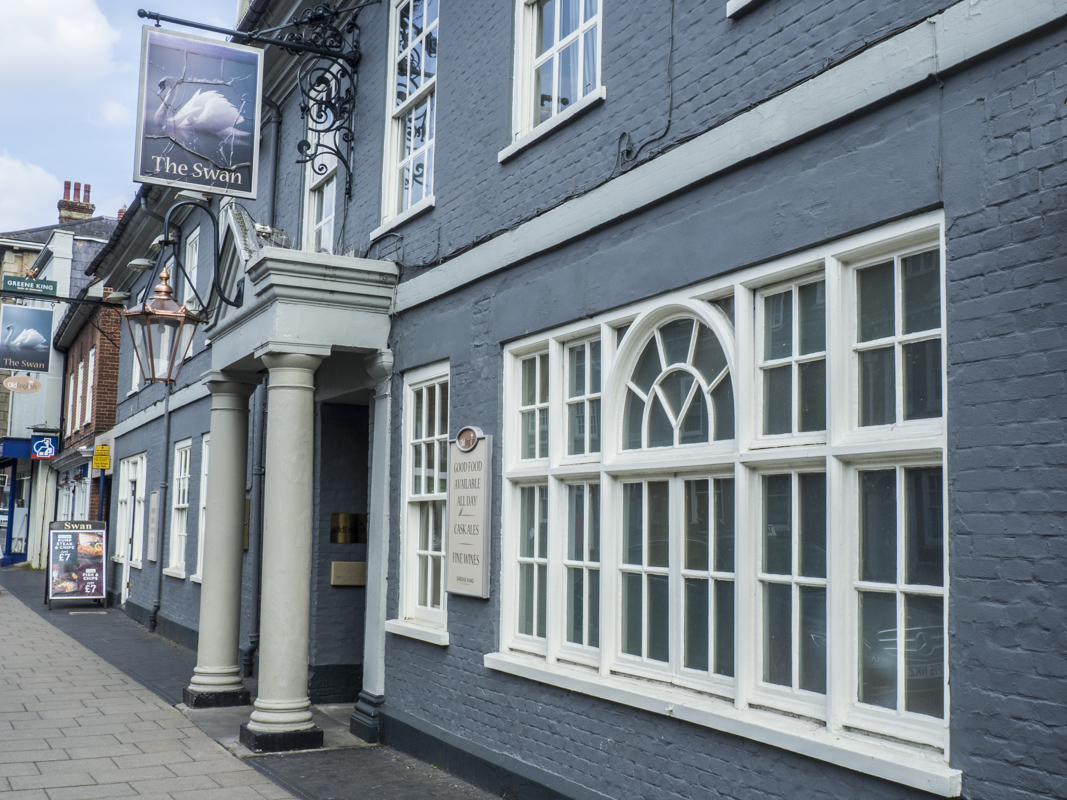 The Swan in Alton, Hampshire

Fanny Adams lived with her family in Alton. She was just eight years old when she was abducted in 1867 while playing in the village hop gardens with her sister and friend. Twenty-nine-year old Frederick Baker was subsequently arrested and charged with the murder of Fanny whose mutilated remains had been found scattered around the village. Baker was tried in Winchester. It did not take long for the jury to find him guilty and he was hanged in front of Winchester Jail in on Christmas Eve in 1867. Naturally such a shocking case attracted a lot of attention – some unwanted. Two years later when tins of mutton were added to the Royal Navy food rations sailors opening the tins announced that the contents were the remains of sweet Fanny Adams. 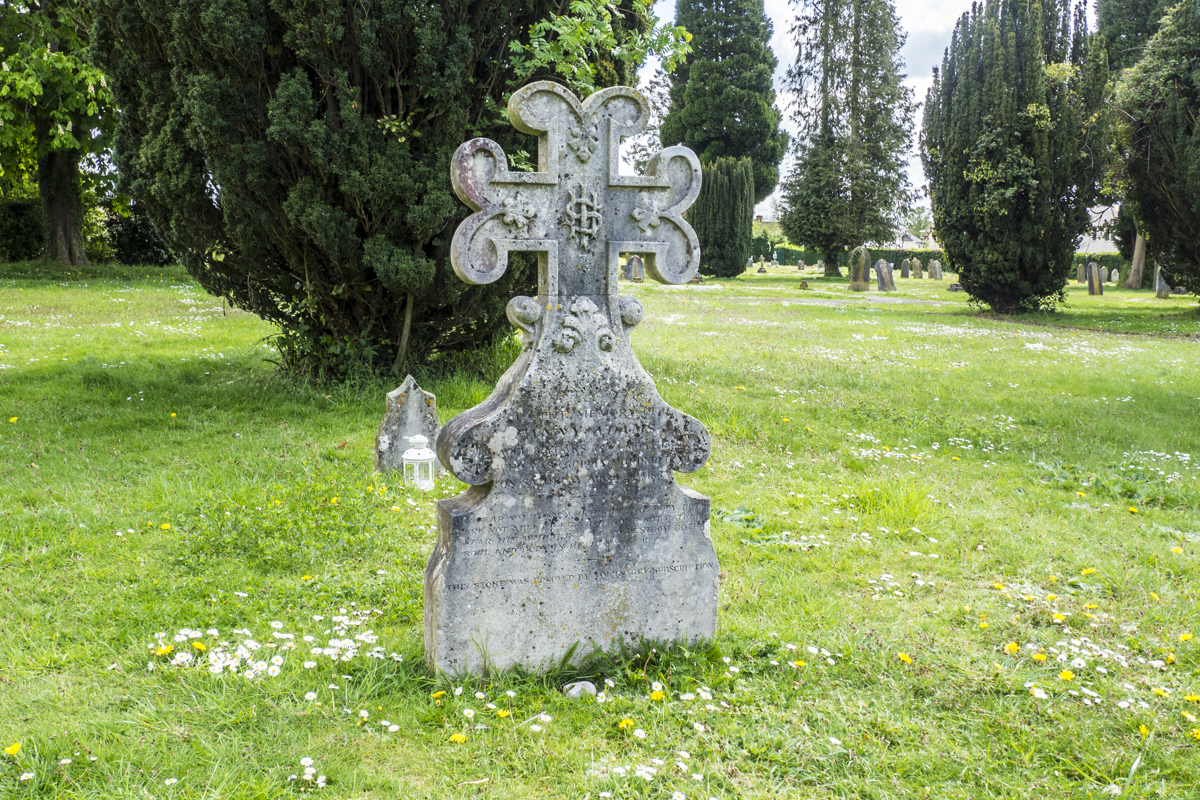 The Grave of Fanny Adams in the Cenetery at Alton, Hampshire

The Curtis Museum was founded by William Curtis an avid collector of all things relating to natural history. Initially the museum occupied the first floor of the present building that was constructed to house the Alton Mechanics Institute which he helped establish in 1837. The museum has now taken over the whole building and still houses his fossil collection. Visitors should not be fooled by the narrow frontage as the museum extends a long way back and features several permanent exhibitions, a local studies area and an opportunity for dressing-up. Its most valuable exhibit is the wonderful Alton Buckle the finest piece of Anglo-Saxon craftsmanship to have been found in Hampshire. 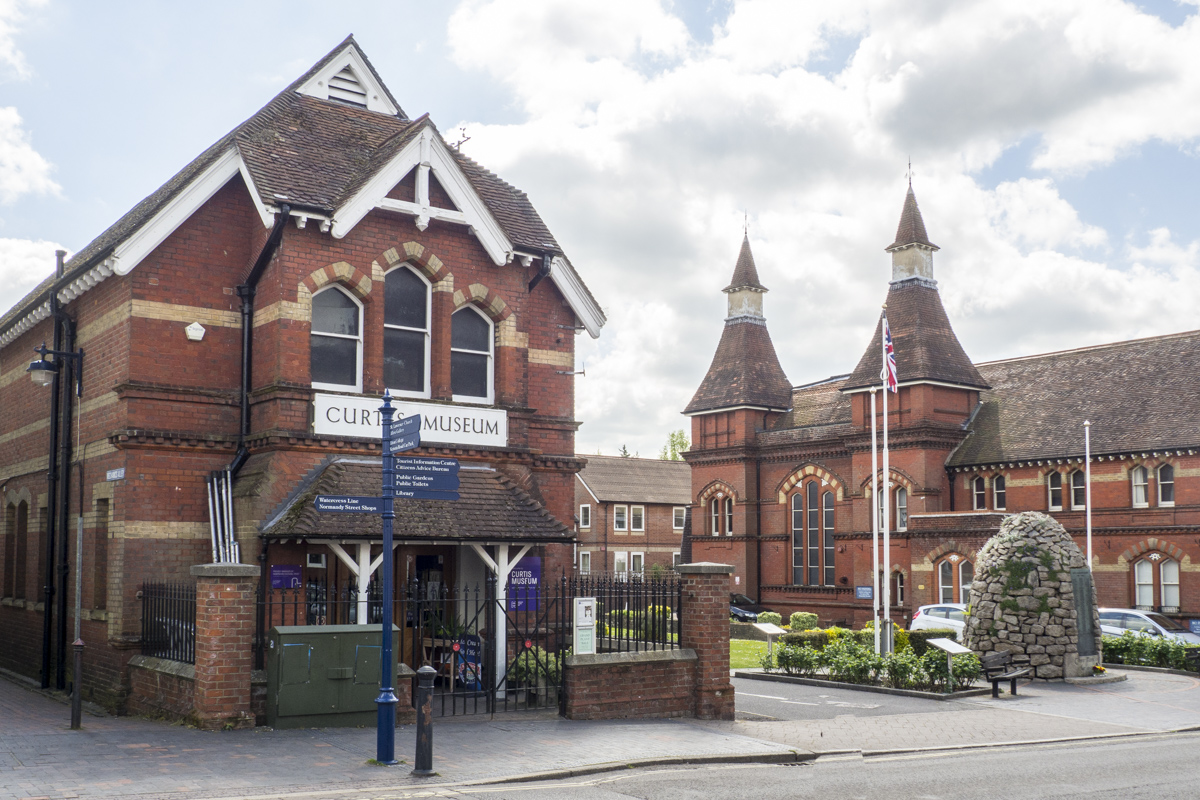 The Curtis Museum in Alton, Hampshire

Close to the museum is the Allen Gallery. This gallery deserves plenty of time to browse its wonderful collection of ceramics – a large and varied selection of pottery occupying two floors and including pottery, porcelain and tiles from 1250 to the present day. The gallery is housed in an old building part of which was once a stable and coachman’s house. The final owner left it in his will to be used as a public museum. The gallery opened in 1963 and was extended in 1979 thanks to funding from the WH Allen Bequest and Hampshire County Council. Visitors are welcome to visit the pretty gardens at the back of the building and maybe linger there for some light refreshments. From this garden there is a good view of the unspoilt backs of some of the oldest houses in Alton. 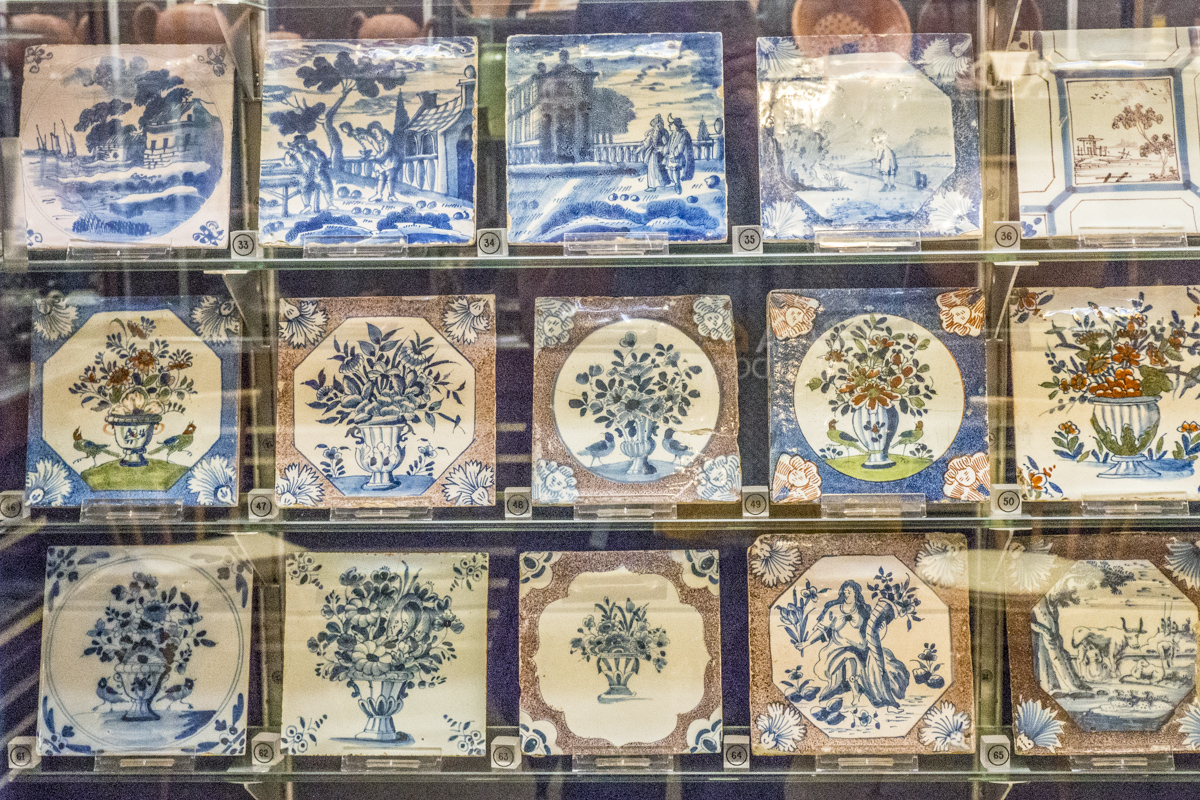 Part of the Collection of Tiles in the Allen Gallery in Alton, Hampshire.

Kings Pond on the outskirts of the town is fed by the River Wey. It was probably created by William King in the late 1700s to power the mill where he produced paper. There is a very easy perimeter path around its calm waters. A variety of wildfowl live here in this natural habitat and benches scattered on the large lawn offer a peaceful retreat from the streets of the town. 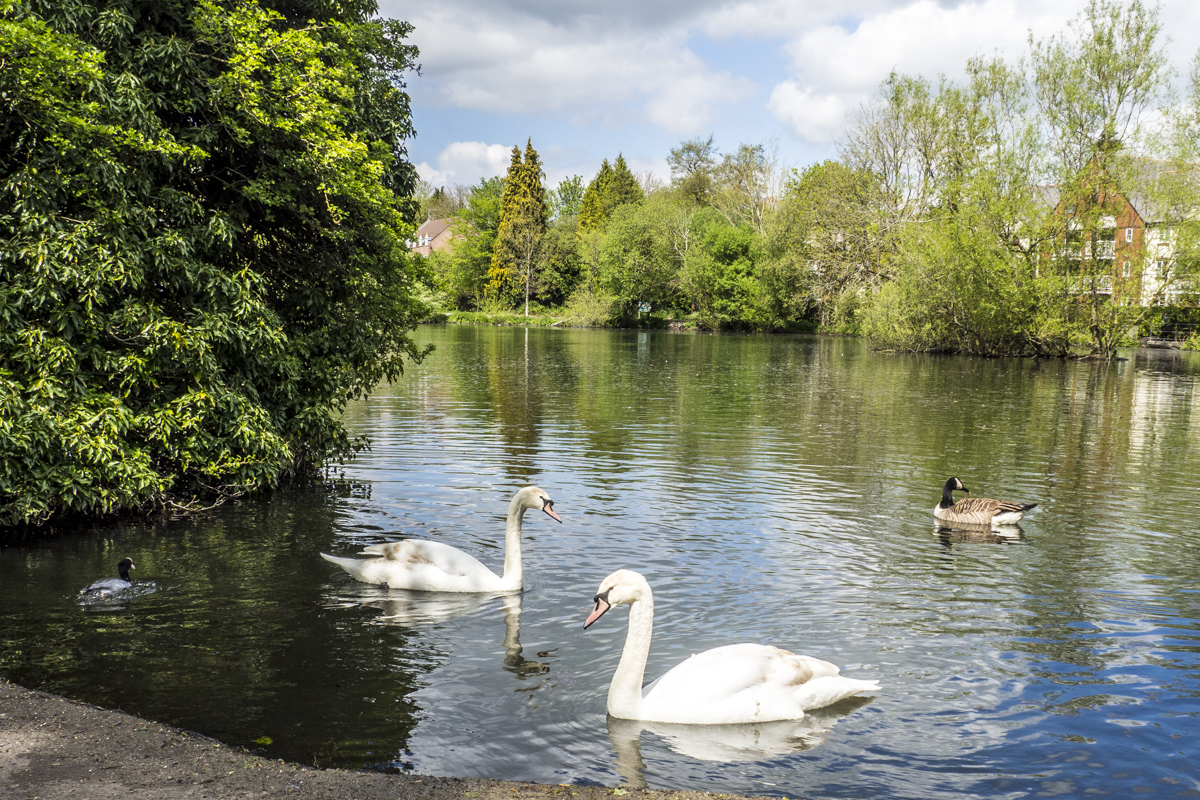 In the centre of the town are the attractive Public Gardens that feature a bandstand (used for summer entertainment) and one of Miss Bell’s Fountains. This munificent gift from Miss Bell is a long story that can be read on the information boards by the fountains. The other one is situated on Butts Road, the first to be erected following a long discussion with the local council regarding the provision of a lamp post there. As the council were not willing to provide the requested lamp post Miss Bell decided to do it herself. She combined a gas lamp with a fresh water drinking fountain that was placed close to her own residence in 1879. The second fountain, erected in 1880 was originally placed in Crown Close but was removed from there to its current home in 1919 to make way for the War Memorial. 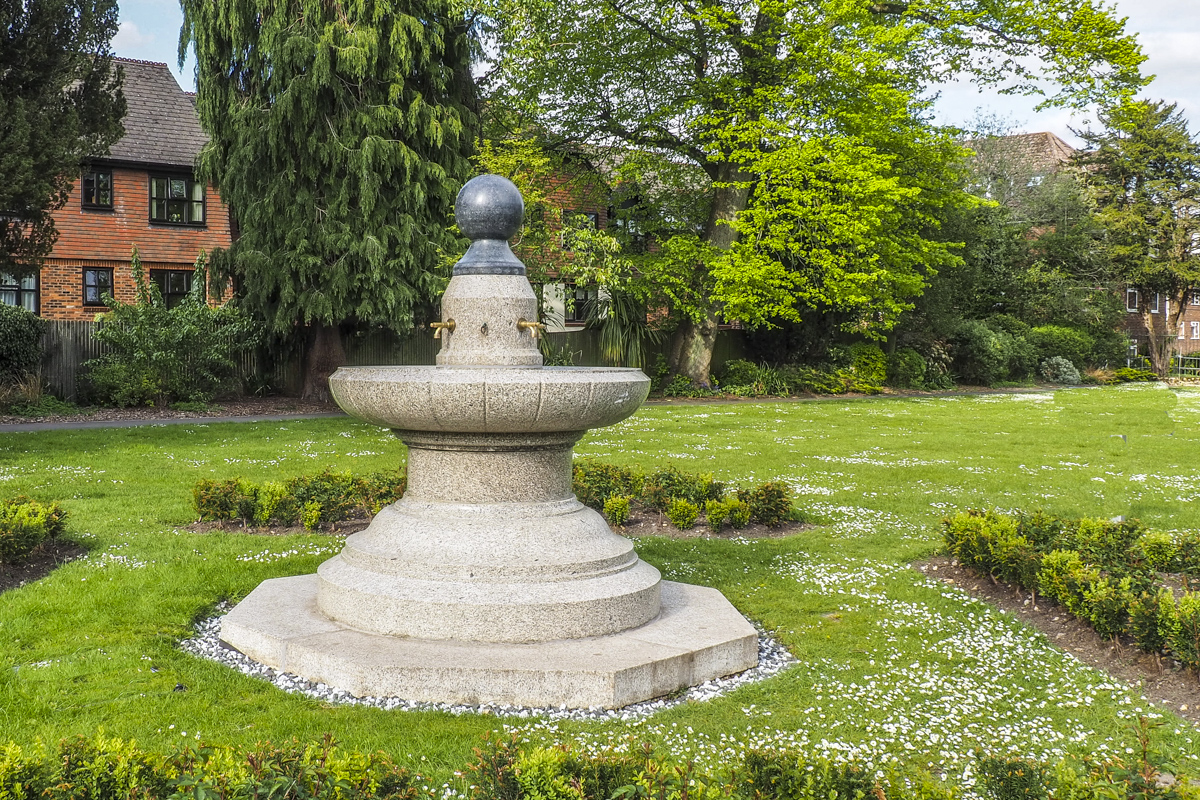 Miss Bell’s Fountain in the Public Gardens in Alton, Hampshire

The Church of Saint Lawrence in Alton, Hampshire

The Church of St Lawrence is a Grade 1 listed building noted for its range of architectural styles. Mainly fifteenth century the base of its tower is Norman and the spire is nineteenth century. The original nave which is now the south aisle features a Jacobean pulpit. This Anglican parish church was the site of the conclusion of the Battle of Alton during the English Civil War. Musket ball holes can still be seen in the walls of this church. 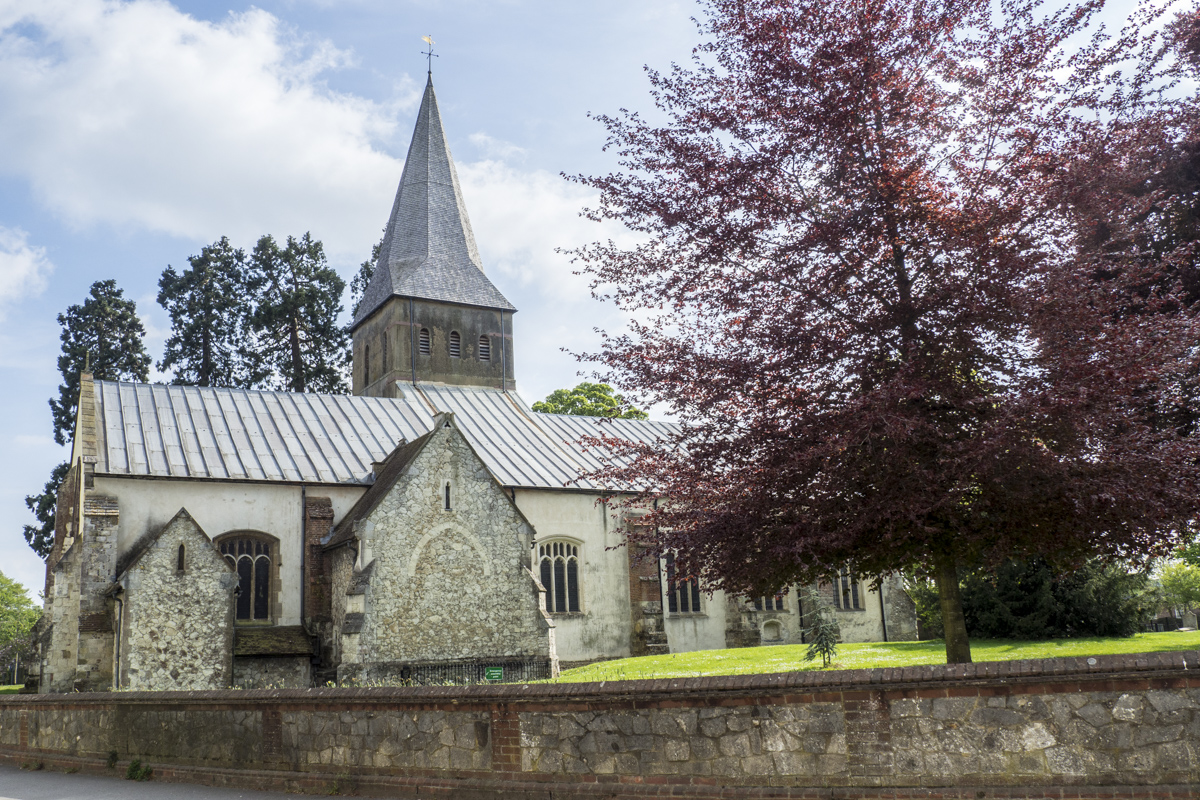 The Church of Saint Lawrence in Alton, Hampshire

The Jane Austen Trail follows a route around Alton pinpointing the places Jane would have visited. This trail included the charming village of Chawton a short walk from Alton and the place where both Jane and her brother had houses. Both these houses are now open to the public. 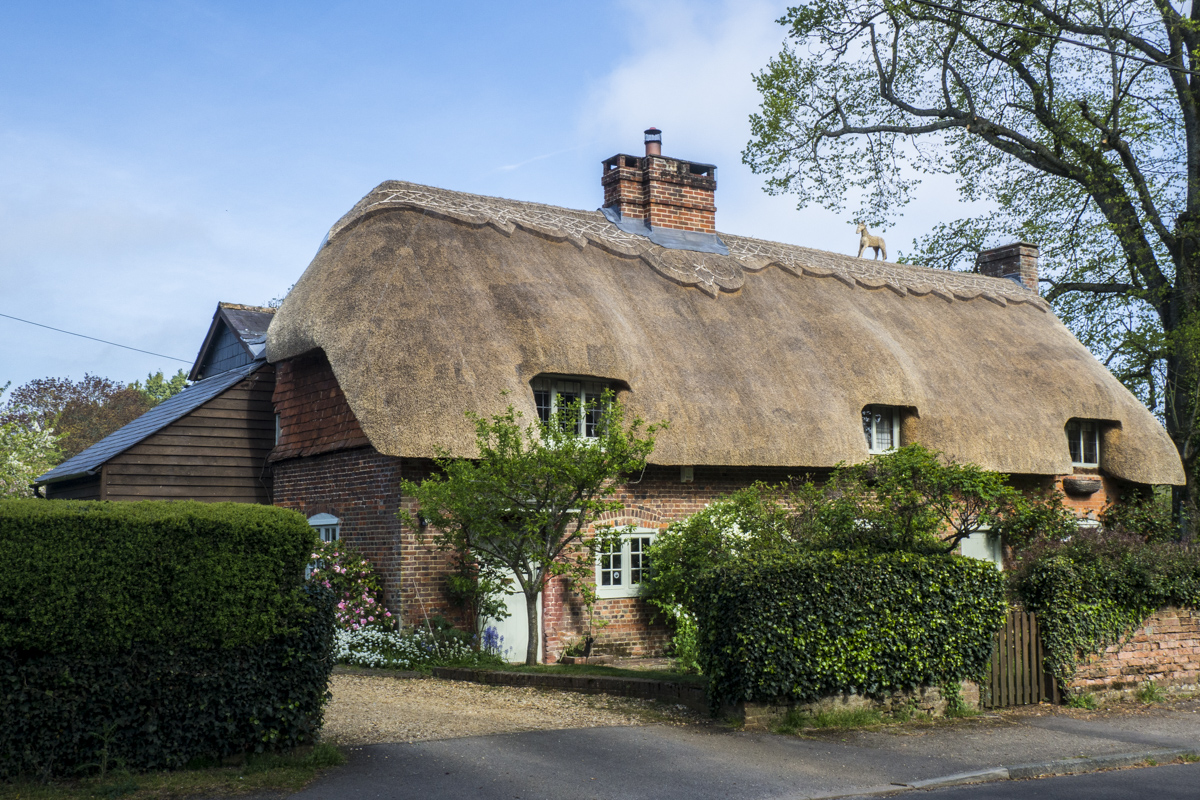 Chawton Village Near Alton in Hampshire

My visit to Jane Austen’s House began with a short video about Jane’s life. This put her writing in context and also highlighted the fact that if her brother had not gifted this house to Jane, her mother and her Cassandra to live in for life she may never have pursued a career as a writer. The little house is very well laid out and includes treasures such as Jane’s own turquoise ring and the tiny table she used to write at. Jane did the lightest of household tasks, making the tea and coffee, so that she could concentrate on her writing while her mother and sister took care of the house and the cooking. No doubt Jane would have spent a lot of time in the garden that surrounds the house. She often used to walk into Alton to post her letters which she did through her brother Henry’s bank as it was cheaper. Jane and her sister would take a walk every afternoon but they did have a donkey cart which would have been useful for shopping expeditions to Alton. The donkey cart is on display next to the bake house. This bake house was used by the local community to bake their bread. 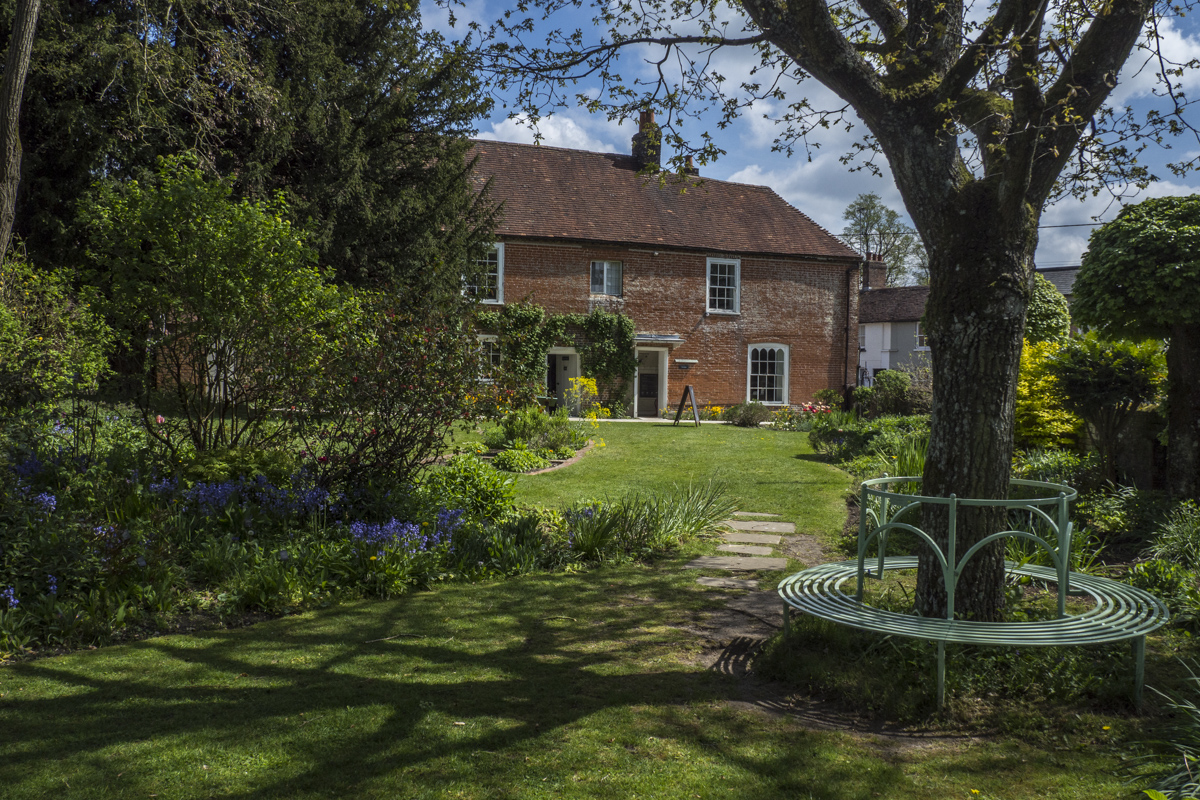 Jane Austen’s House for Chawton near Alton in Hampshire

A short walk from Jane’s house is Chawton House which once belonged to Jane’s brother Edward. The house was the home of the Knight family, distant relations of the Austen family. Due to the lack of a natural heir to the property the Knights adopted Edward Austen. When Edward inherited the property he invited Jane, her sister Cassandra and their mother to live in the bailiff house that belonged to the estate. Jane would dine at the house, attend balls there. She also worked there and used the extensive library for her research. It was here she observed the lives of wealthy families that became the subject of her novels. This large house has been restored as it would have been when Jane was a regular visitor. The house is set in extensive parkland that includes formal gardens and a walled kitchen garden. There is a also a cafe in the old kitchen called the Old Kitchen that serves tasty hot lunches, snacks and hot drinks. 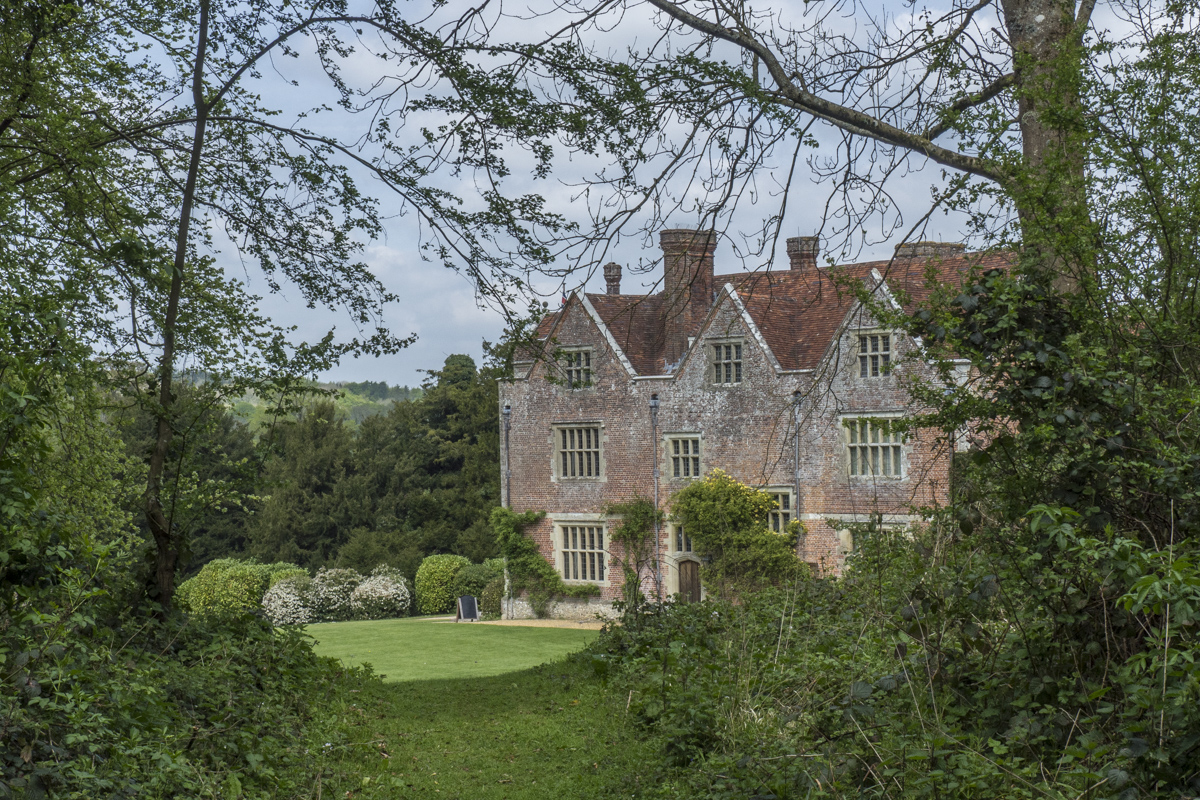 During my time in Alton I stayed at the excellent St Mary’s Hall Bed and Breakfast. I had the garden room in this beautifully converted little church. It was lovely to be able to sit outside in the garden after a busy day sightseeing locally. Joan looked after me really well providing an excellent cooked breakfast each morning. She was friendly, helpful and a good source if information about the local area. I particularly enjoyed meeting other guests at the large communal table where we all had breakfast together. 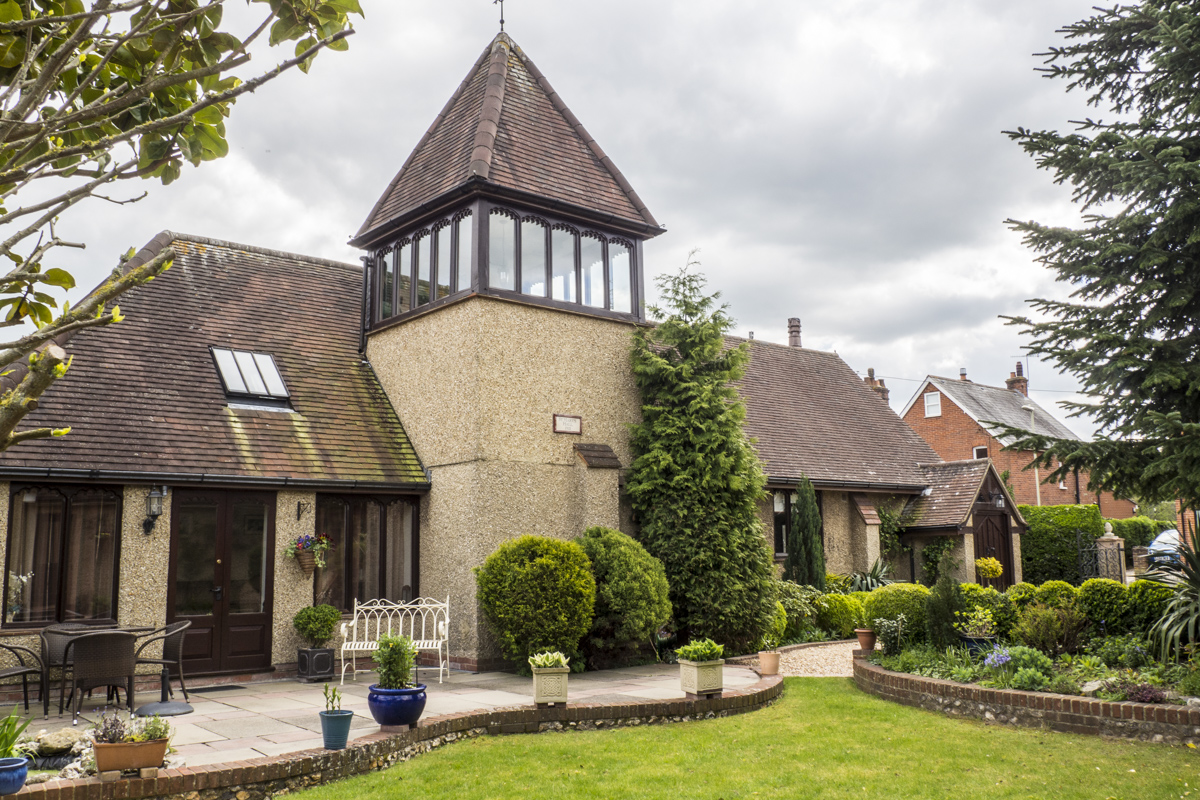 How to Get There

There are regular trains from London Waterloo to Alton. By road, Alton is not far from the A31 dual carriageway which links into the main motorways.