The Isle of Wight Walking Festival and Some Island Lore

Wandering on the Isle of Wight is wonderful. Especially during the annual Isle of Wight Walking Festival. This is a great opportunity to get to know this unique island in the company of enthusiastic local guides.

This year the Isle of Wight Walking Festival is taking place over a two-week period beginning on May 04 and ending on May 19. Nearly one hundred walks will be on offer across the island. They vary from gentle, themed rambles to more adventurous treks. Whereas most of the walks are free participants are required to register. This can be done on a dedicated website which includes short descriptions of each walk. 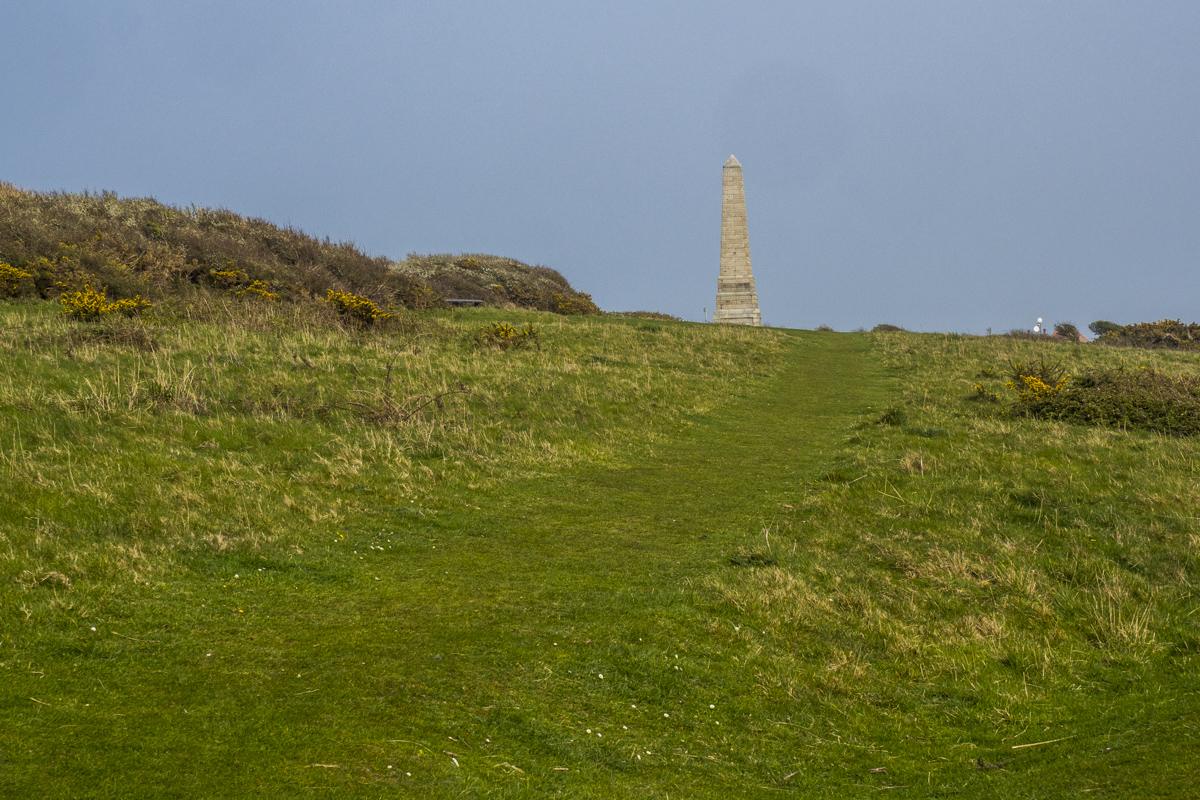 Yarborough Monument on Culver Down

I was privileged to have the opportunity to try two of the walks featured in the programme. I chose two very different walks. I really enjoyed my first walk, Shanklin Coast to Country which was led by Jacqueline, one of the volunteer leaders. After meeting at Shanklin Railway Station we made our way to the sea front. After walking the length of the Esplanade we climbed a short flight of steep steps and walked through the Tower Cottage Gardens to the Shanklin Theatre where refreshments will be served. Both Jacqueline and Rob, her husband, are members of a large team of volunteers who run this theatre. The route continues out of the town and follows a lovely path through the woods to the top of Sibden Hill also knows as the village green. The final section follows the old railway line back to the railway station. I thoroughly enjoyed this walk. 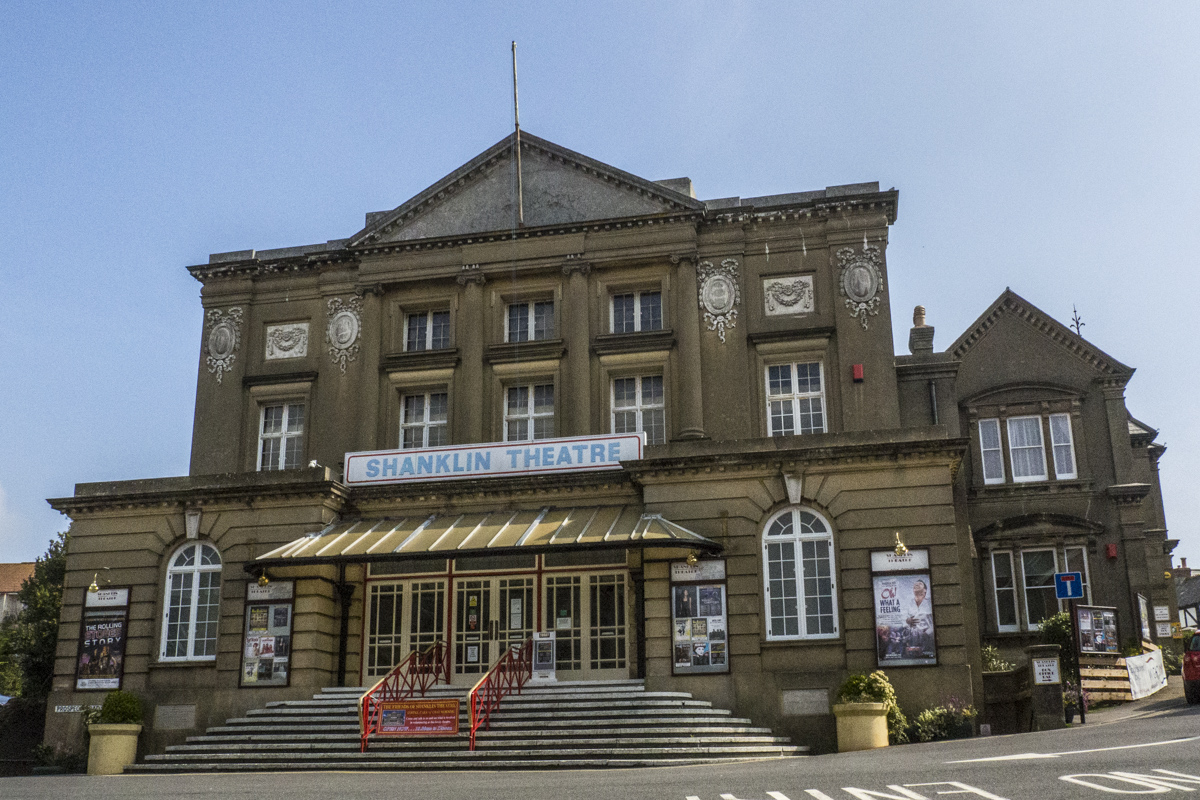 Shanklin Theatre in Shanklin on the isle of Wight

My second walk was completely different. It was more rigorous and included some mystery and imagination and was aptly described as Mysterious Lore of the Island. I met Paul, the leader of this walk, at the Yarborough Monument on Culver Down. Participants in this walk will need their own transport to get there. Before we set off on our circular walk I had a chance to take in the glorious views from the hill top while Paul introduced me to the mysteries of the surrounding area including the enchanted Swaalien. This mist can suddenly envelop the island and mysterious things can happen to those immersed in it. I was also introduced to the dragons who once lived here and the wicked Samael who destroyed the town of Wolverton hundreds of years ago. We then set off to find evidence of Wolverton. 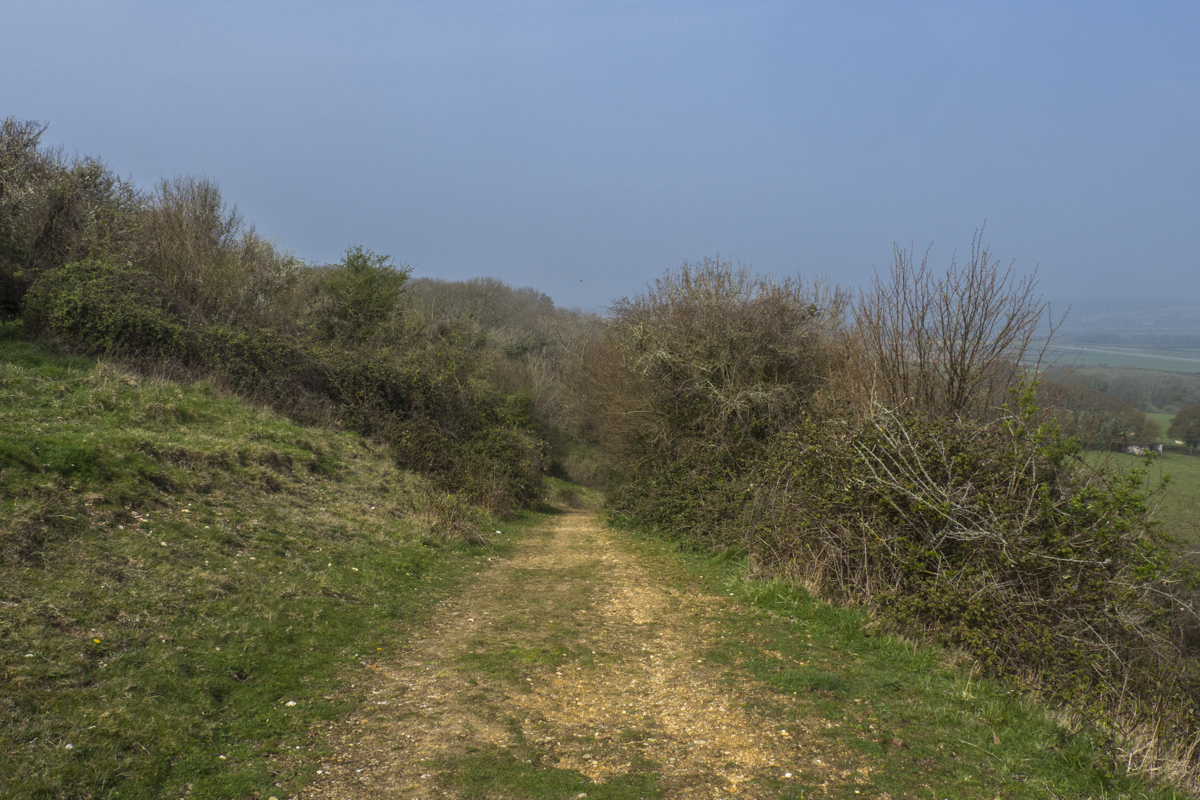 Walking on the Culver Down

After a very pleasant walk down the hill followed by a short stretch along a road we turned into Centurions Lane. There are different theories about the origin of this name and one involves the little known Saint Urian. It is thought there was once a church in this area dedicated to this saint. As we walked along this path Paul pointed out remnants of an ancient cobbled road embedded in the packed earth. Undeniably the remnants of an old road as I walked along I imaged I could hear the rumble of the wooden wheels of a mule-drawn cart. I would not have been surprised if one had suddenly appeared around the corner. But the path ahead was empty and, apparently, infrequently used as the area was considered to be sacred. 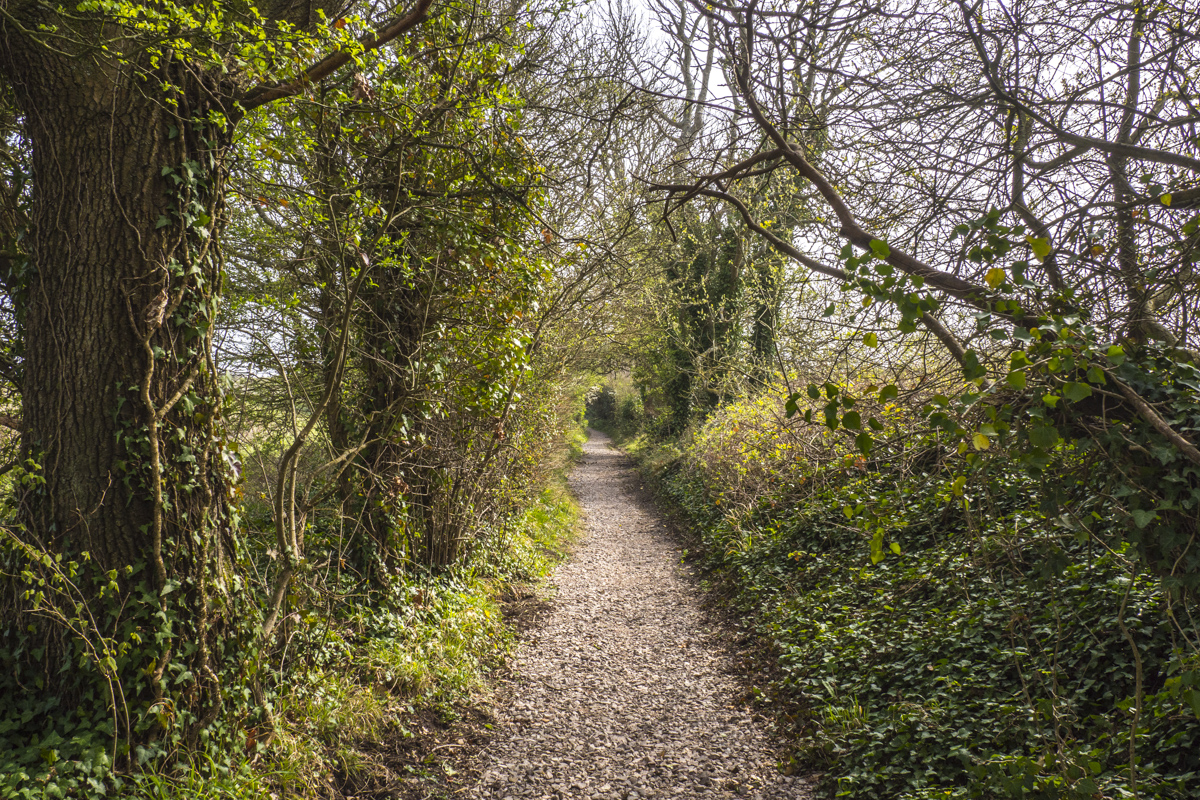 Centurions Lane on the Isle of Wight

We emerging from the tree-lined lane at the edge of the Brading Marshes where once the sea had crept inland bringing trade and wealth to the inhabitants of Wolverton. Today it is a flourishing nature reserve, the first to be created on the Isle of Wight. A little further on we crossed a bridge over the Eastern Yar River that flows through Brading marshes. It was here Paul recounted the tale of Three Sisters. I was enjoying the mixture of good walking and story-telling – or were they just stories? 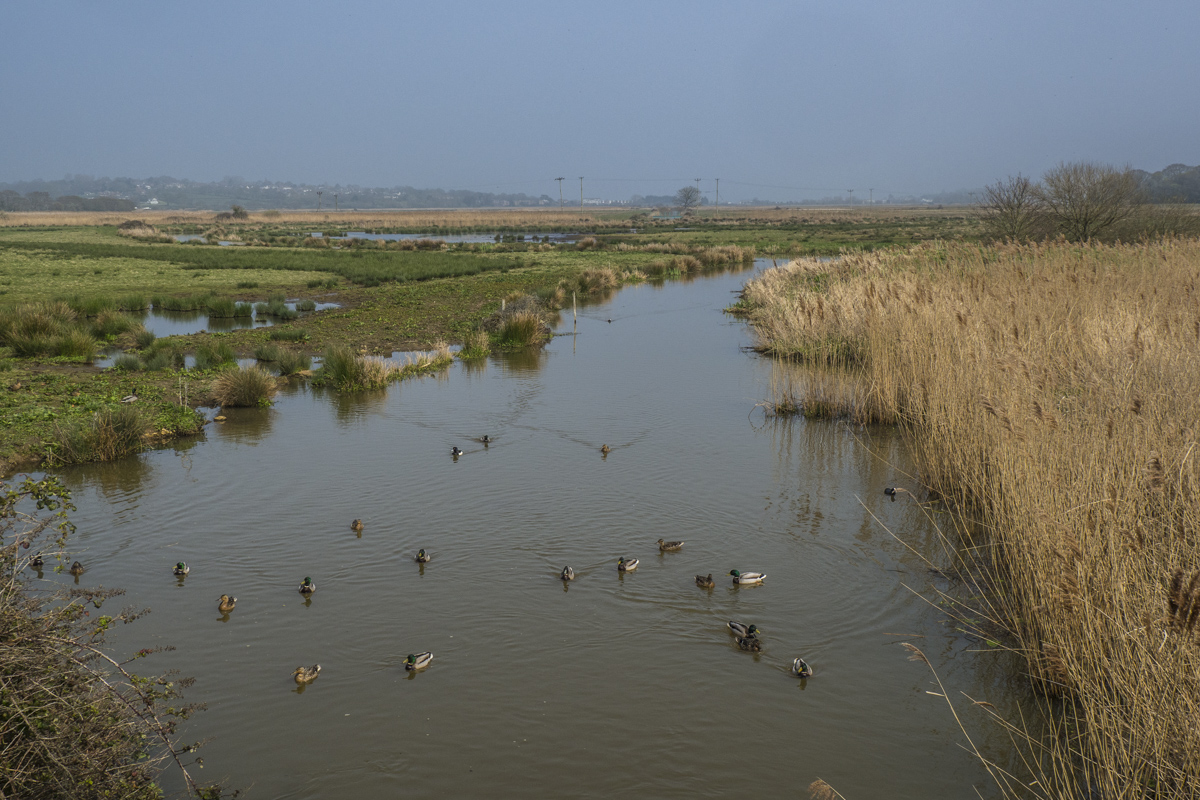 Brading Marshes on the Isle of Wight

As we made our way across the marshes I spotted a church spire. We were heading for the historical town of Brading where the walk pauses for lunch. This attractive little village has some lovely old buildings including its church, the Old Town Hall and several pubs. 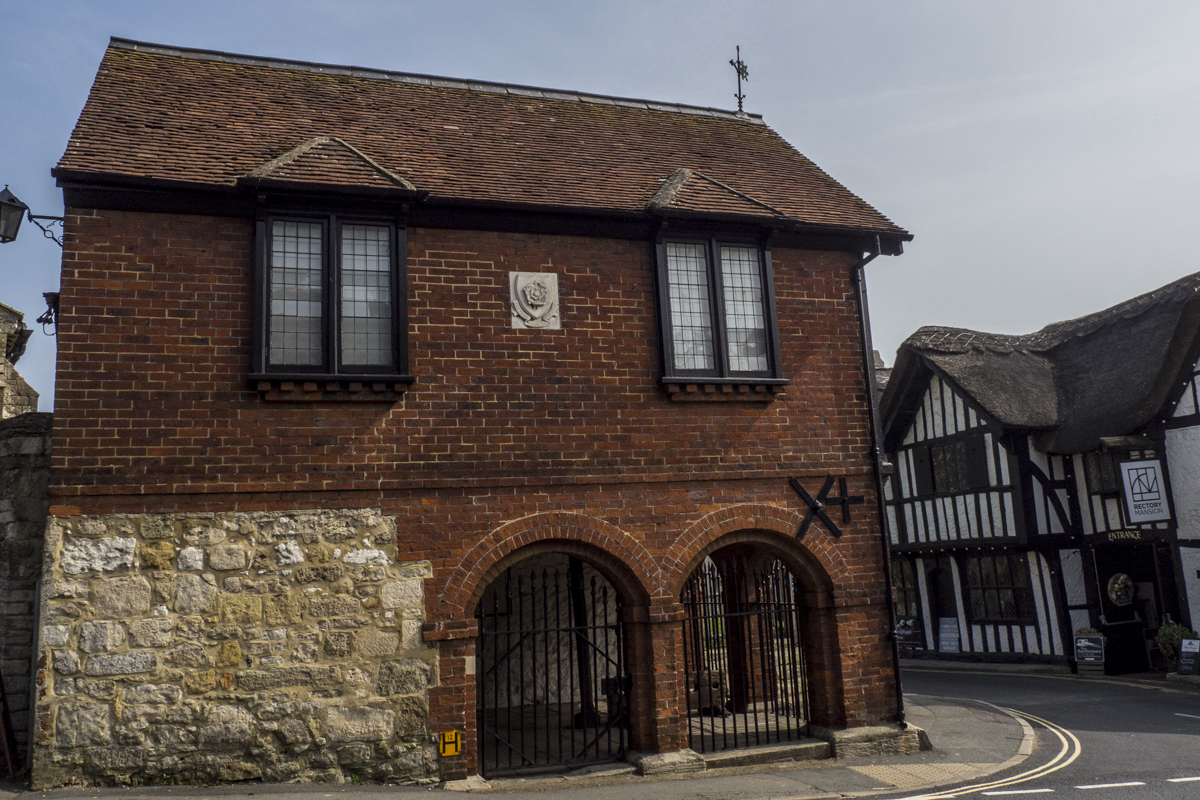 The Old Town Hall in Brading

After lunch it was a gentle ascent all the way back to our starting point. Our path took us to the cliff edge where we could see the wild, natural coastline on both sides of us. By this time there was a chill in the air and I could see a light mist creeping towards us. I hoped we were not about to be enveloped in the notorious Swaalien. Would be transported back in time or to some foreign land? 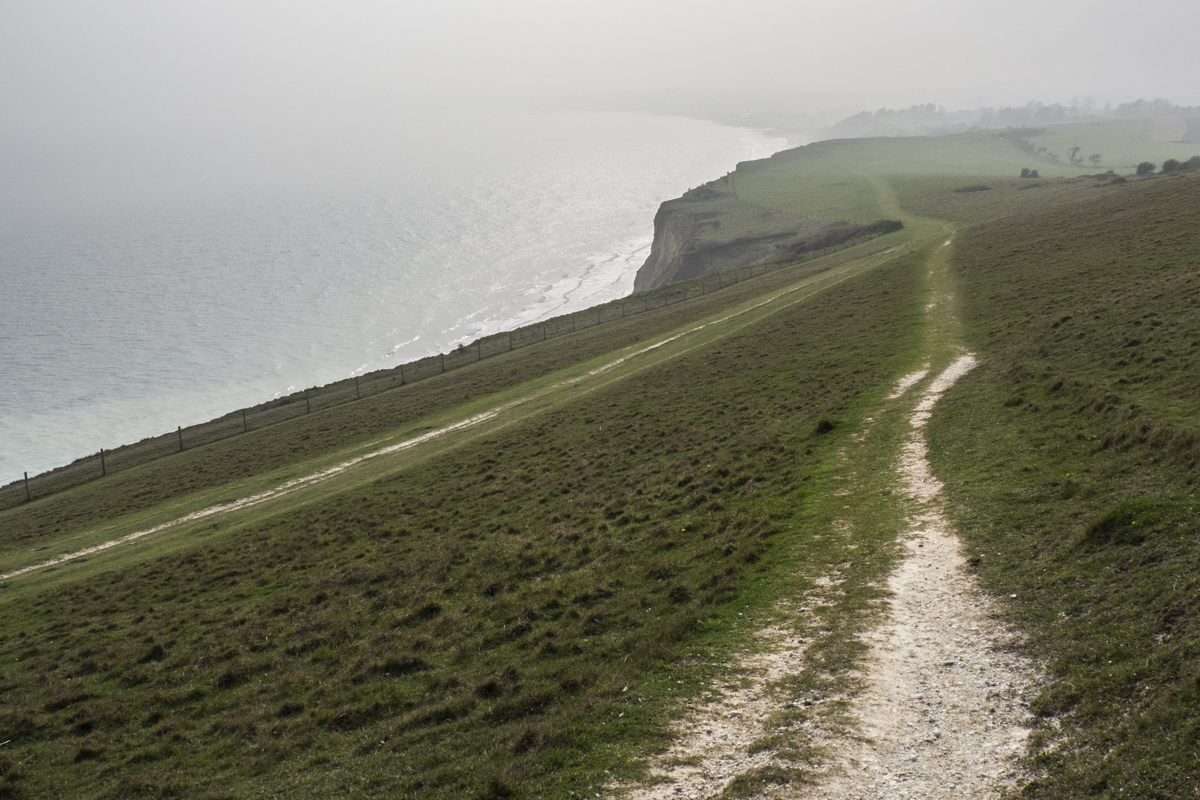 A Swaalien mist about to roll across Culver Down on the Isle of Wight?

Fortunately, the Swaalien did not catch up with us and we were soon back at the Yarborough Monument. It had been a really good walk enhanced by some delightful and mysterious tales.

As Warner Leisure Hotels are sponsoring the walking festival this year it was appropriate that I stayed in one of their hotels, the Bembridge Coast Hotel, while on the island. This hotel comprises several different buildings set amid some lovely gardens and a pitch and putt golf course. There are several different types of accommodation available from standard and Signature rooms to Royal Rooms and Chalets. The staff are friendly, efficient and helpful. The package includes breakfast and dinner as well as professional live entertainment every evening. It is a lovely place to stay. 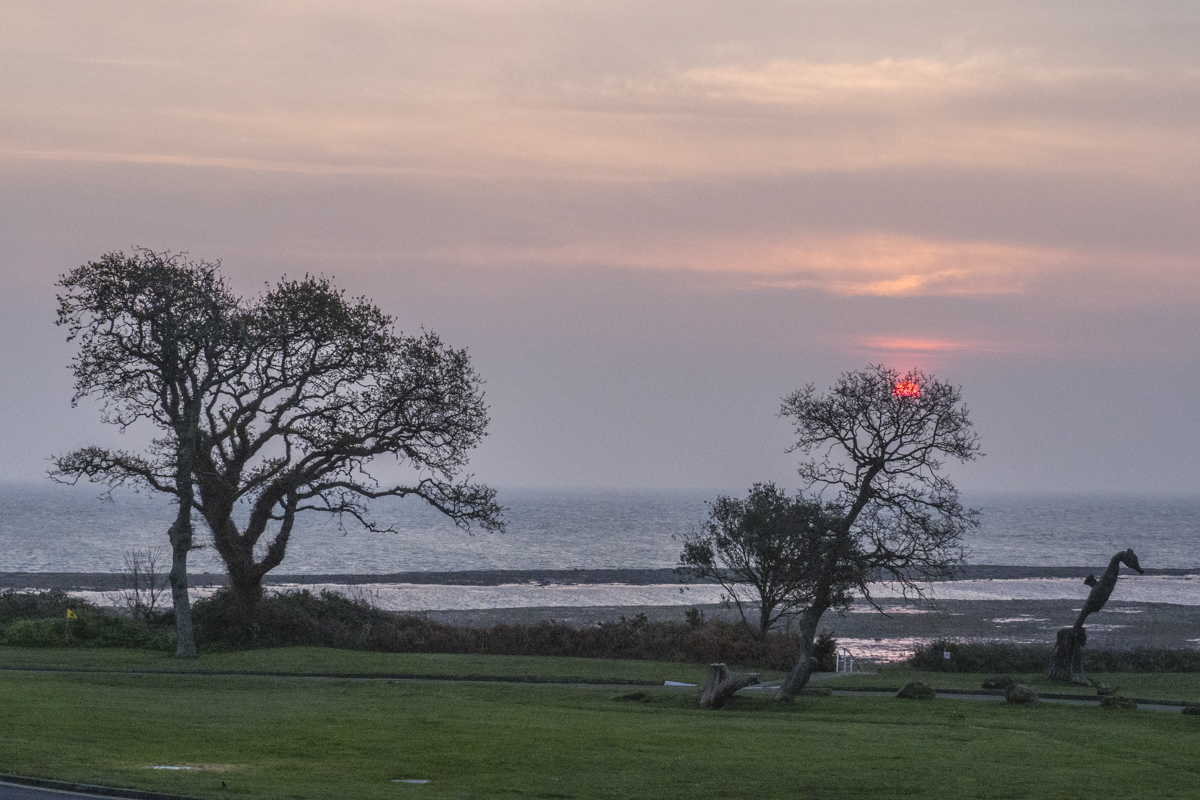