Mauritius: A Jewel in the Indian Ocean

The island of Mauritius sparkles in the Indian Ocean – a glorious fusion of cuisines, cultures and charming attractions

When I think of Mauritius I remember the white sandy beaches and clear blue sea and some memorable days out that took me from a modern waterfront in its capital to a sacred lake at its heart.

Port Louis the Capital of Mauritius

Port Louis, the island’s capital and largest port, was built in the lee of the Moka Mountain Range. The Waterfront, Le Caudan Waterfront is a sophisticated stretch of shops, offices, bars a casino and luxury hotels. Behind the waterfront, a ring of modern high-rise buildings reflects the prosperity of this city. Across the water the horizon is spiked by the huge cranes of the commercial port. The Citadel perches above the city on top of Petite Montagne Hill, or to give it its formal name, Fort Adelaide . The fort was built when the British occupied Mauritius during the nineteenth century. Although it was intended to give security to the British Army and provide shelter for the woman and children should the island ever be invaded it was never used for this purpose. Now a popular venue for weddings it is a good view point over the city below. It is easy to identify the main attractions of the town including the Cathedral of Saint Louis, the distinctive green and white Jummah Mosque mosque and the Port Louis race course, the Champ de Mars (also known as the Hippodrome). Built by the French in 1740 to drill their armed forces it was converted to a racecourse in 1812. During the summer months it is packed with tourists and passionate Mauritians who love their horse-racing. 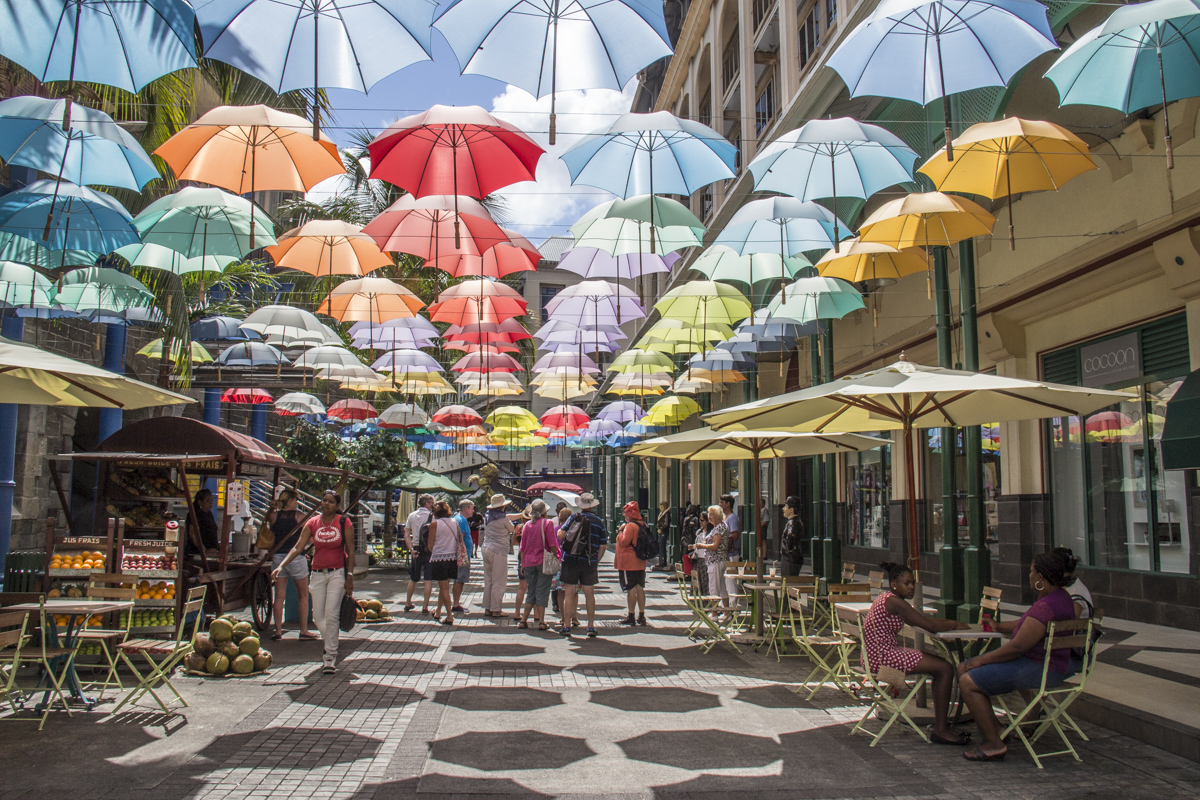 Incorporated in Le Caudan Waterfront is a shopping mall lined with splendid shops bursting with top brands. Beyond the swish of automatic doors and the glare of bright lights the town centre is a rush of traffic and people going about their daily business. Many of them are on their way to the heritage protected hall that houses the Port Louis central market. Mounds of polished, shining fresh fruit and vegetables are piled high on the stalls scattered around the huge main hall. The small shops on the mezzanine floor above the fruit and vegetable market are ablaze with colourful handicrafts, clothing and innumerable fridge magnets. A small street market occupies the street leading to the indoor market. 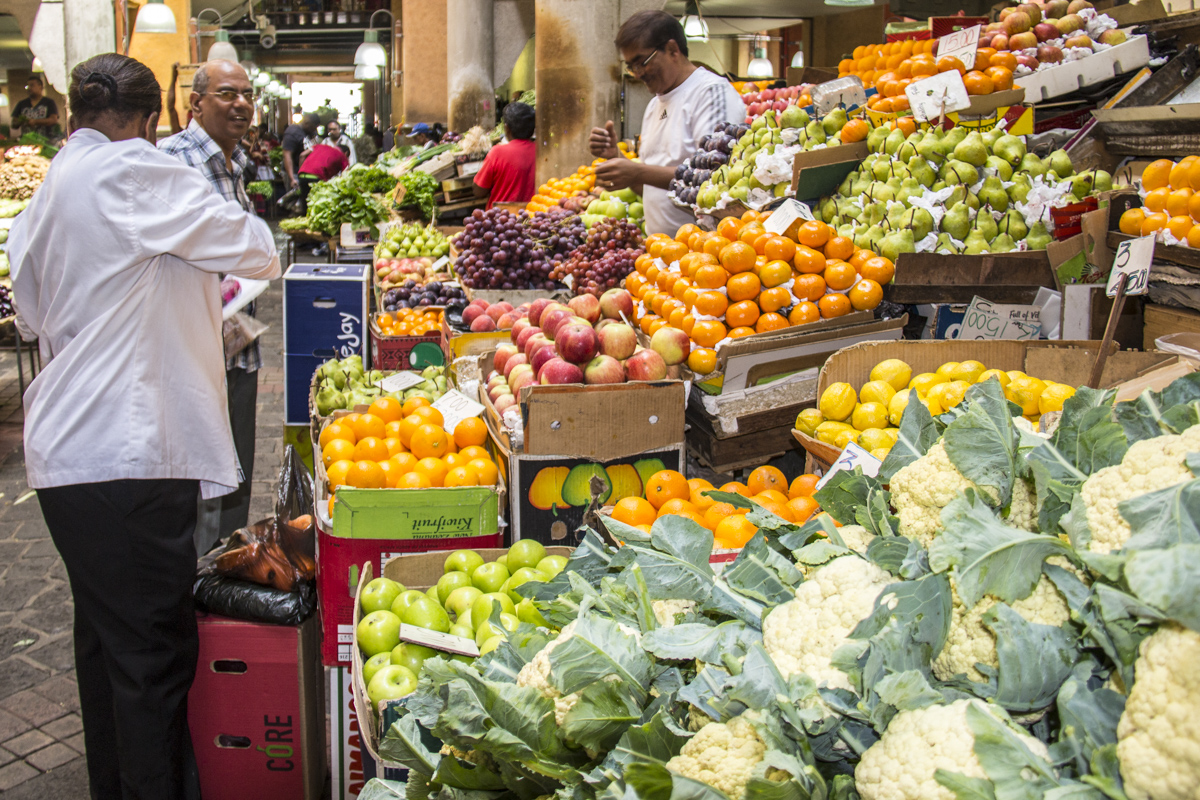 The indoor market in Port Louis capital of Mauritius

Pamplemousses the Gardens of Mauritius

An afternoon stroll through the Pamplemousses Gardens provides the perfect contrast to the crowded capital. The formal name, after the first prime minister of an independent Mauritius, is Sir Seewoosagur Ramgoolam Botanic Garden. These extensive gardens feature more than 650 varieties of plants. These include Baobabs, bottle palms, medical plants and a large spice garden (is fenced to stop visitors helping themselves to the spices, particularly the nutmeg. The most impressive plant there is the Victoria Amazonica a giant water lily which only flowers for just 48 hours. While it is in bloom it changes colour and sex. 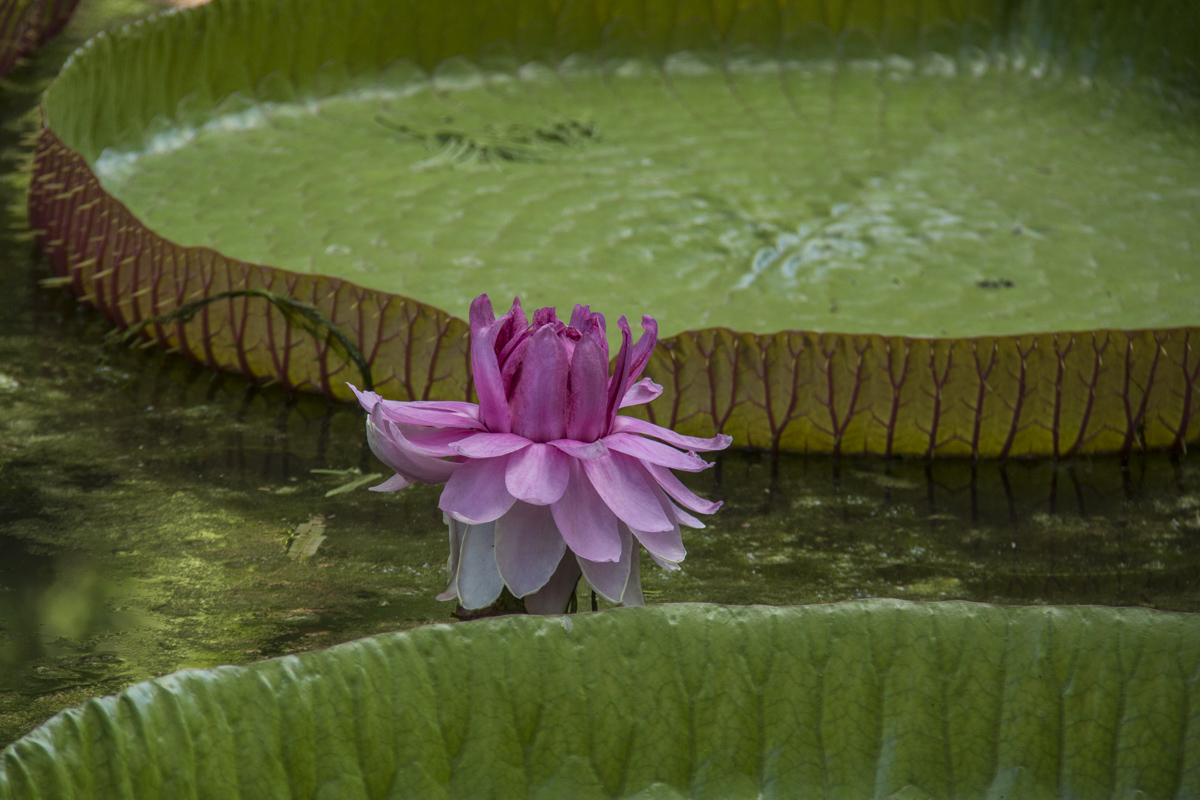 The origin of the name Curepipe is exactly as it sounds. ‘Curer sa pipe’ means ‘clean your pipe’ in French and according to legend, travellers including the soldiers of Napoleon, would break their journey here to clean their tobacco pipes. The town is also renowned for its model ship building, a very successful industry that was started during the 1960s. Model ships are crafted by hand and made exactly to scale in several workshops around the island. Models available include replicas of famous ships including HMS Victory, HMS Bounty and the Golden Hind. It is fascinating watching the deft fingers of the workers putting sails and rigging on the model tall ships. 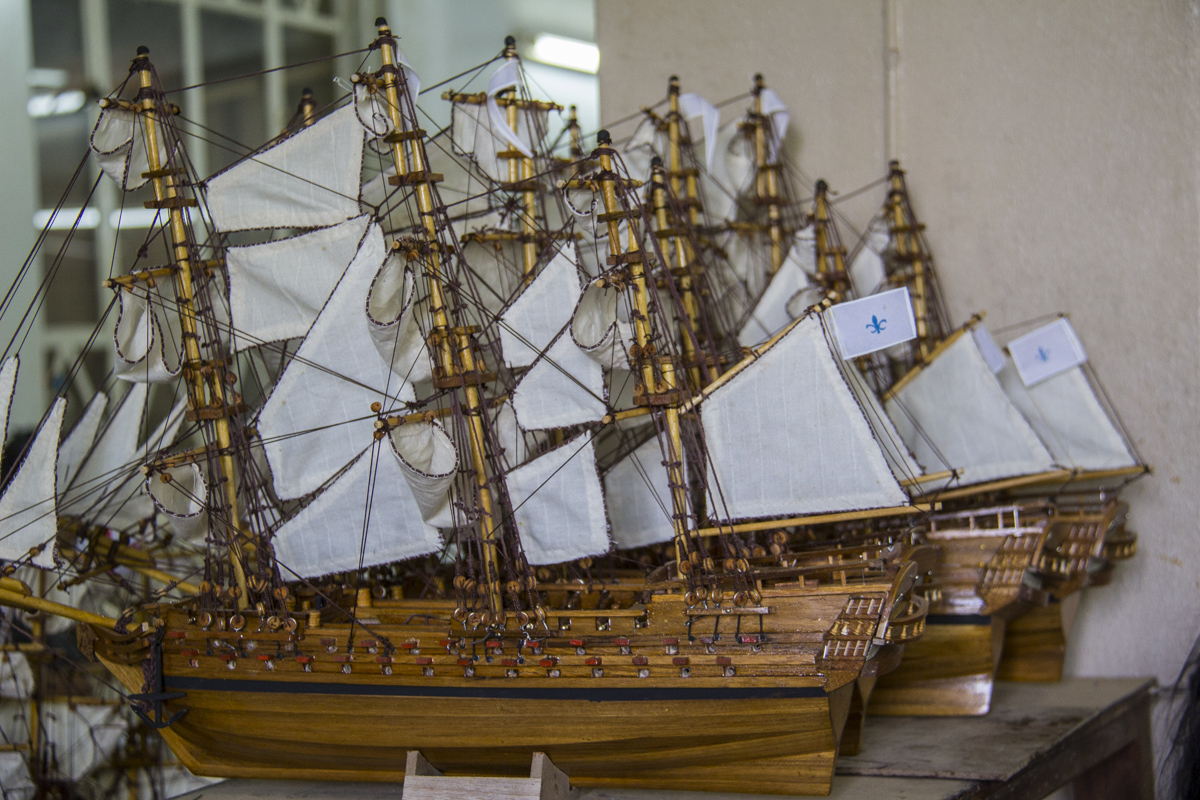 The Sacred Lake of Mauritius

Lorded over by a giant statue of the Hindu god Lord Shiva on one bank and decorated with a parade of other Hindu gods on the opposite bank the Sacred Lake or Grand Bassin is a very special place. Also known as Ganga Talao (a pool of the Ganges) it is a very important place of worship for the Hindu community on Mauritius. Situated in the heart of the island the lake was formed by the flooding of a crater. There are also several temples around the lake are dedicated to different gods whose images are housed inside them. 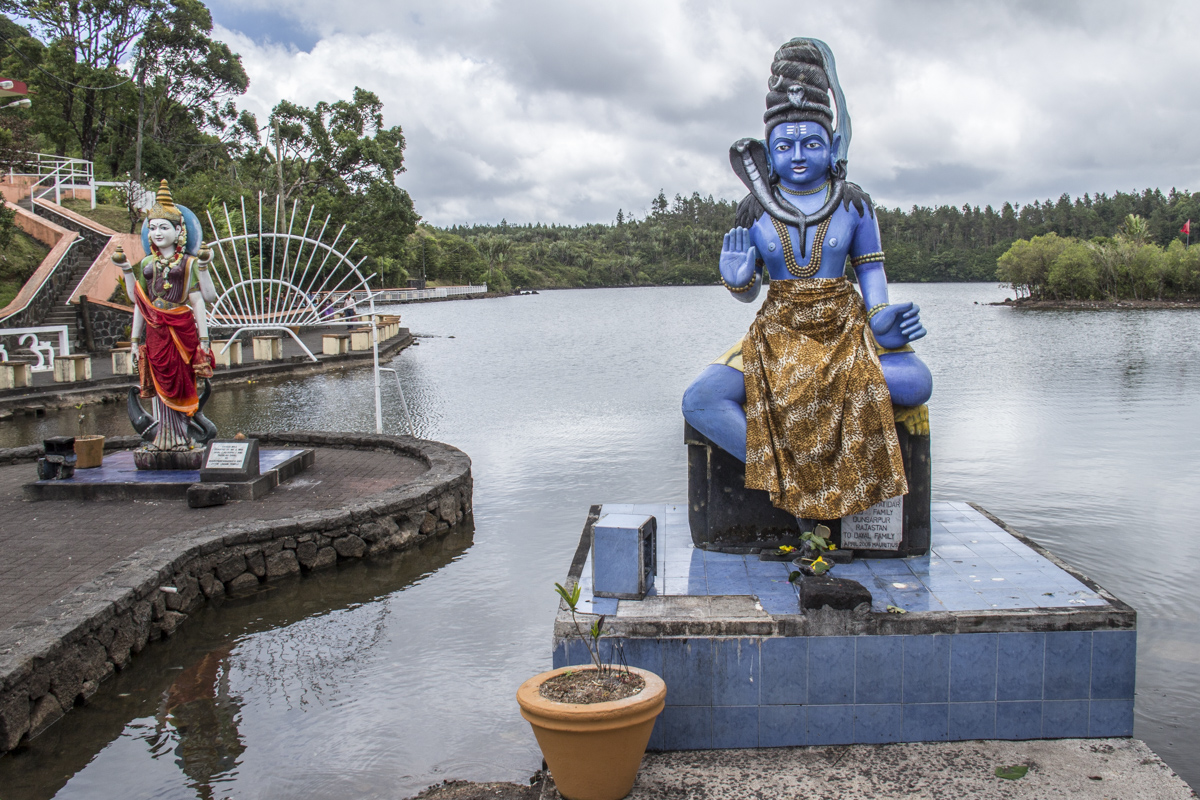 HIndu Gods by the Sacred Lake on Mauritius

A haven for walkers the Black River Gorges Natural Park features gorges and waterfalls including the spectacular Mare aux Joncs Waterfall that tumbles down the side of one of the gorges. For those who do not want to walk very far easily accessible viewing terraces allow them to enjoy this spectacular scenery at their leisure. In particular, the sight of the white-tailed Tropicbirds of Mauritius drifting above this lush landscape. 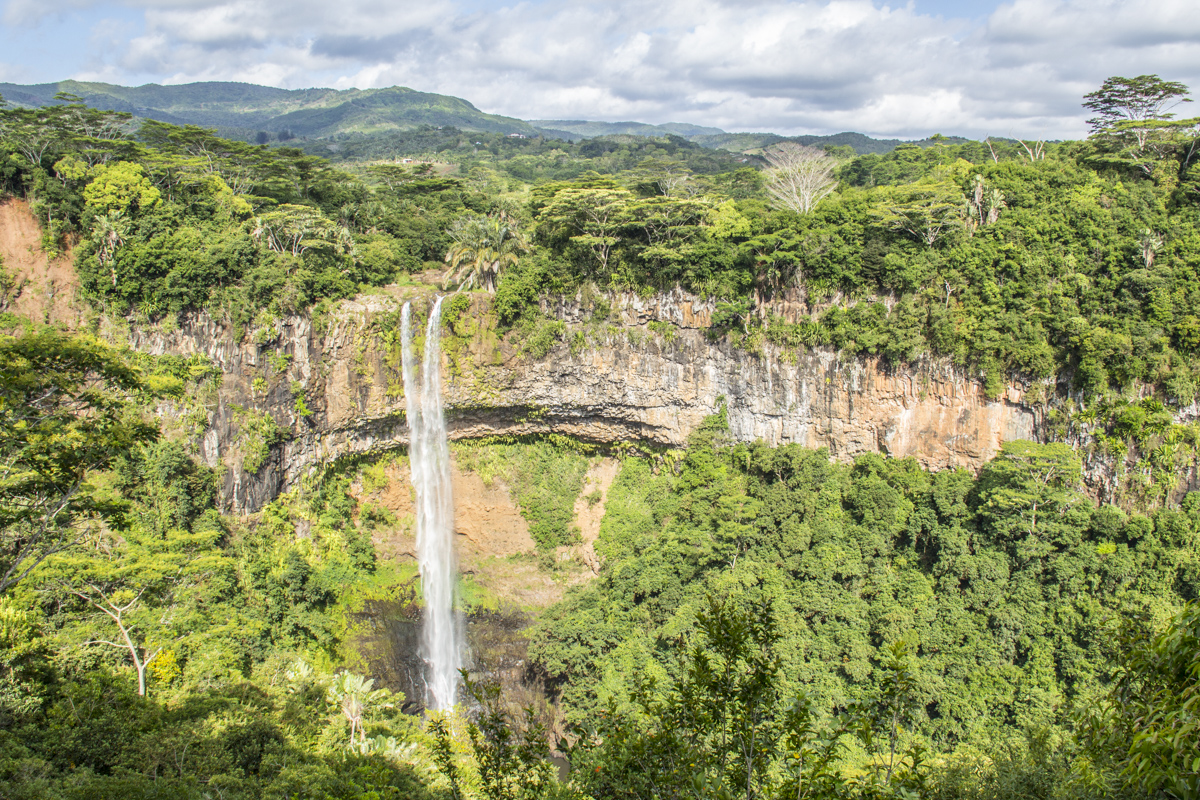 The Coloured Sand Dunes at Chamarel

Chamarel is a small area of sand dunes of seven different colours. They are formed by the erosion of basalt (volcanic rock) into clay that is further eroded into soil containing two main elements, iron and aluminium. It is these elements that produce the colours. Amazingly, these dunes spontaneously settle in different layers according to their colour. These dunes never seem to erode despite being regularly battered by heavy tropical rainfall. 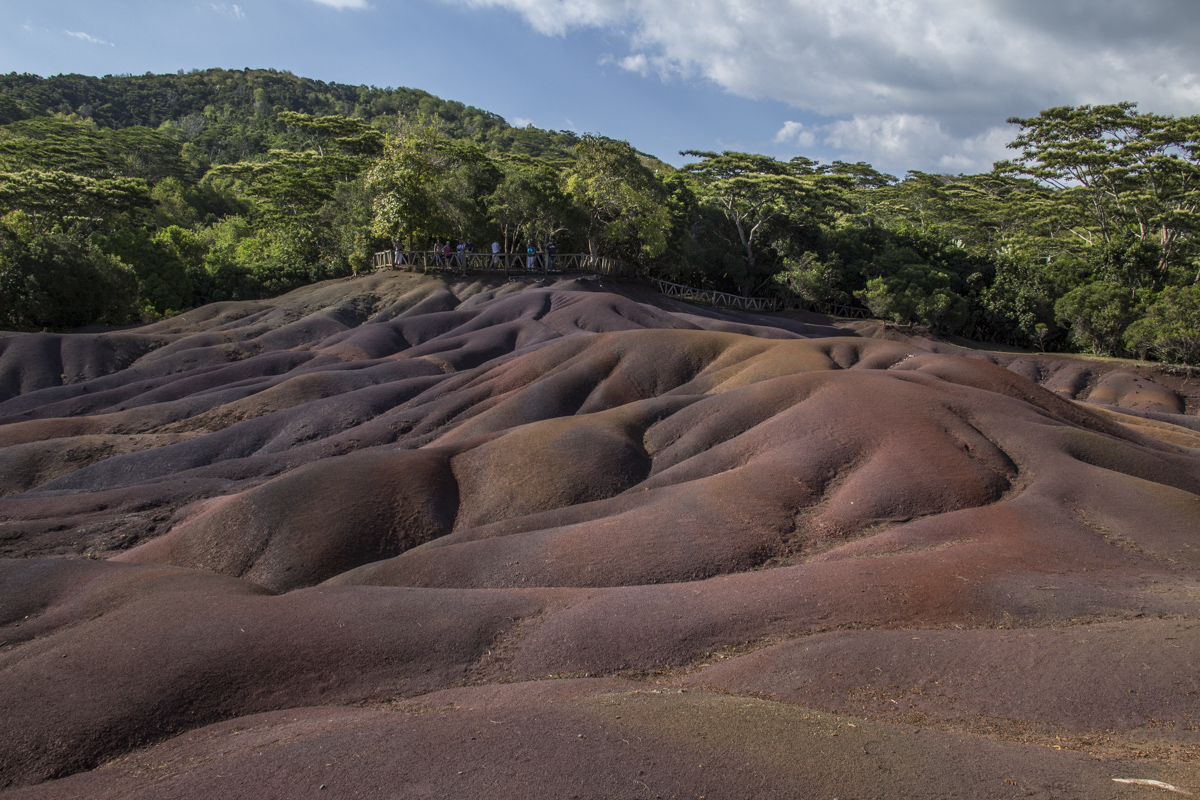 Although tea has been grown on Mauritius since the mid-eighteenth century it was not produced commercially until the British arrived during the nineteenth century. Today, despite some highs and lows, tea production is still important on the island although it is mainly aimed at the domestic market. Visitors to the tea plantation Bois Chéri tea plantation will delight in the old-fashioned processes still employed there on the production line. Tea tasting takes place in a chalet on the estate. This is a lovely experience, sipping different flavoured teas while enjoyed a panorama of a lake below a slope clothed with regimented lines of tea plants all exactly the same height. 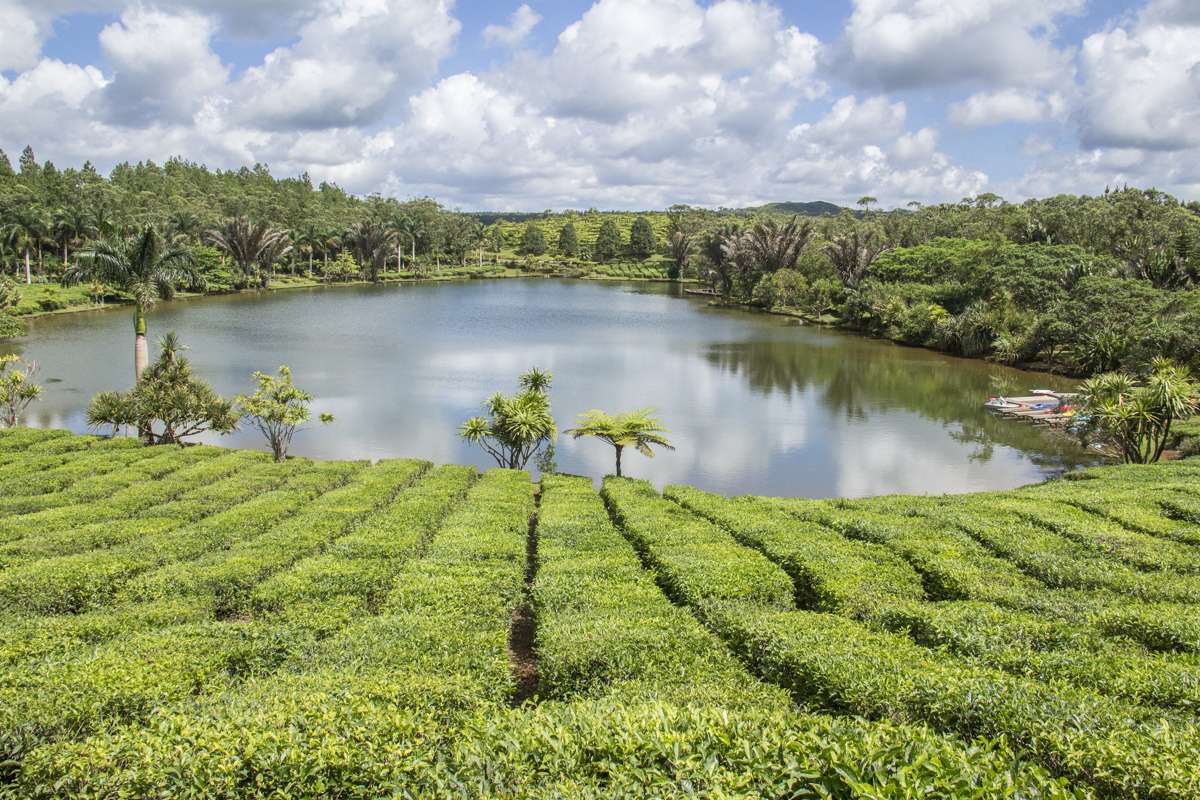 Vanille Réserve des Mascareignes nature park is an extraordinary place. It is home to many interesting animals including a large number of giant tortoises who love to have their chins tickled and their heads scratched. Due to intense harvesting by man for food and oil and the theft of their freshly laid eggs were stolen by non-indigenous predators the population of giant tortoises had become dangerously low. Now there is a conservation programme in place to conserve the different species of tortoise that live on the island. They are not all endemic as the giant tortoises here are the descendants of related stock that was brought here from the Seychelles during the 1880’s on the advice of Charles Darwin. The insect house in the park also merits a visit – the variety of insects worldwide is astounding. 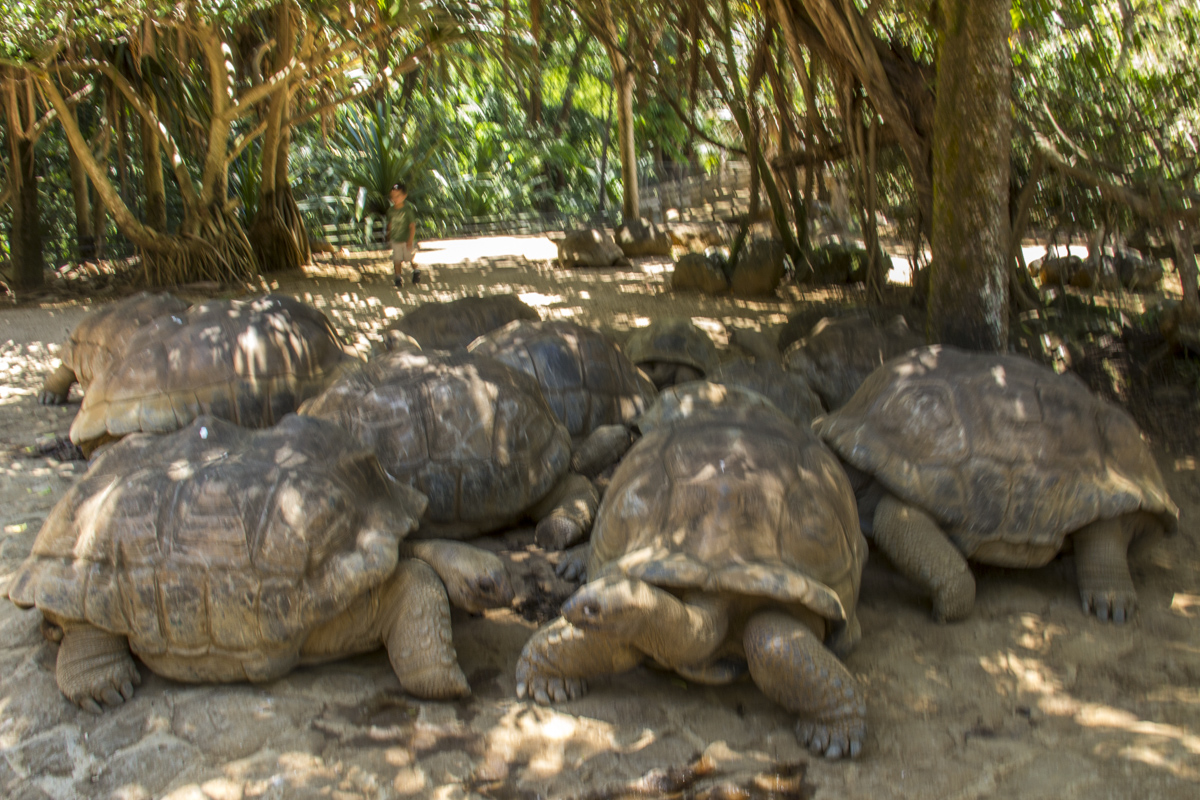 Where to Stay on Mauritius

While I was on the island I stayed at the exceptional all-inclusive Tamassa Resort in Bel Ombre. It was perfect for me with its extensive gardens bursting with exotic blooms populated by colourful birds. My early breakfast was enhanced by a stroll through the complex, friendly, attentive staff and a variety of freshly cooked egg dishes to choose from. Most days I had lunch in the a la carte restaurant on a beach lapped by azure waves and fringed by gently swaying palm trees. The evening buffet never failed to impress featuring a different theme every day. Small blocks of large, airy rooms are scattered around the complex. They either overlook the two circular pools in the gardens or the beach. A daily programme of activities is organised by the hotel and a good variety of water sports are available at their Water Sports Centre. Idyllic. 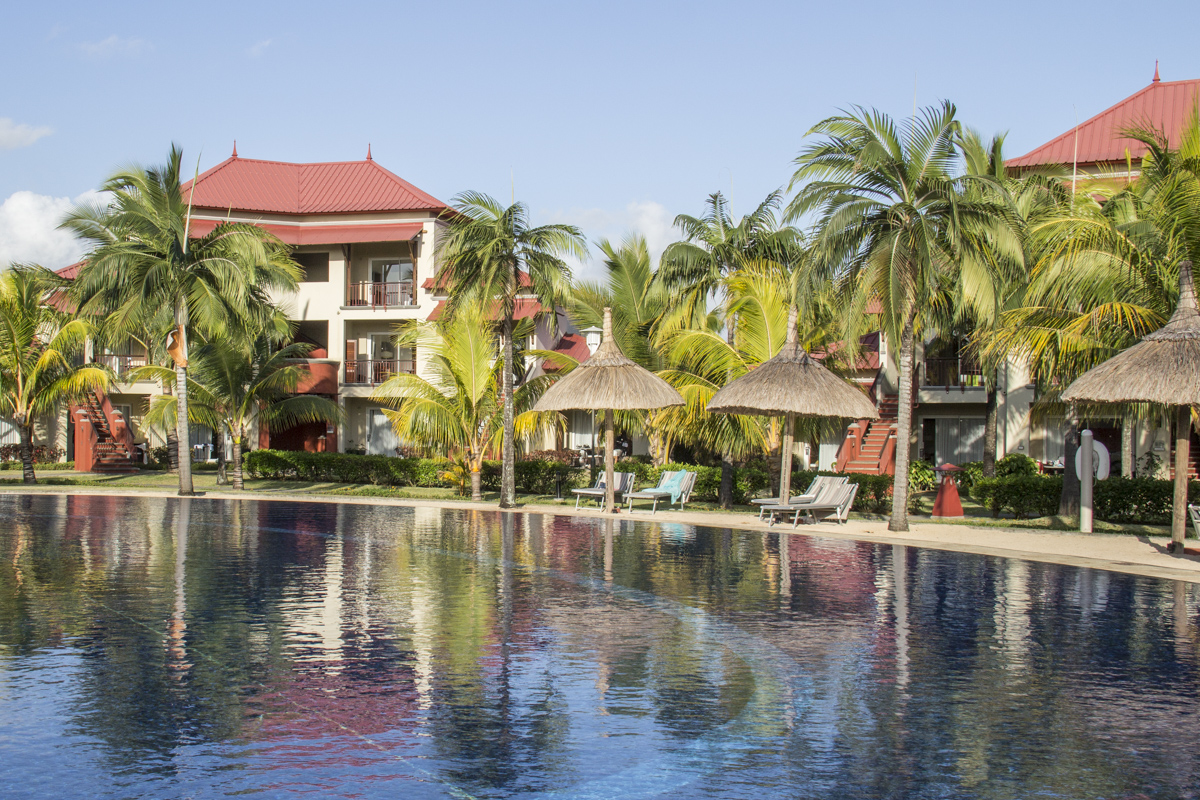 The Tamassa Resort on Mauritius