Nida on the unique Curonian Spit in Lithuania

Nida is a charming Lithuanian resort in the municipality of Neringa . It is spread across the narrow peninsula known as the Curonian Spit with the Curonian Lagoon on one side of the town and the Baltic Sea on the other. For centuries the Curonian Spit was constantly being re-shaped by its living sand dunes. Fishing villages were sometimes buried by them. However, since the nineteenth century, the local people have been trying to tame the drifting sand by planting pine forests. Although large areas of sand dunes remain amongst them are former fishing villages, like Nida, that have been transformed into resorts fringed by beautiful golden beaches. This unique landscape has been recognised as a world heritage site by UNESCO. 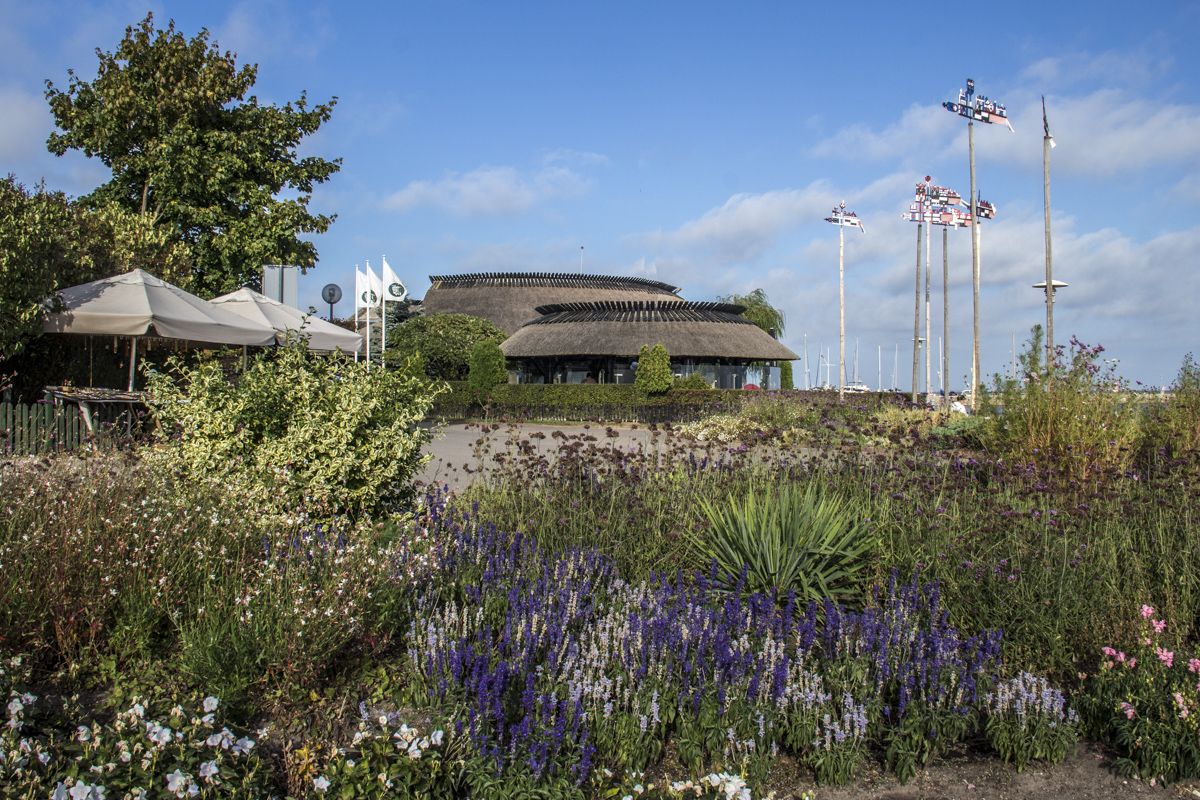 Seafront of Nida in Lithuania

Lithuanians love to explain natural phenomena through legends. The creation of this long, thin sand spit is attributed to the female giant Neringa . She was the beautiful, good and courageous daughter of the rulers of this land. Neringa would wade into the sea to carry distressed fishing vessels back to the shore. One day, when a violent storm was raging and the sea was throwing so much sand onto the shore it threatened to bury her parent’s castle. Neringa filled her apron time and again with sand from the sea bed to create an embankment around the castle. Her action saved the castle and created the Neringa peninsula, known today as the Curonian Spit. Another version draws the same conclusion but features a dragon, Naglis. The dragon courted Neringa but when she turned him down he began o terrorise the local fishermen. Neringa built the ribbon of sand to keep the dragon away. There is a large statue of Neringa on the sea front of Nida. 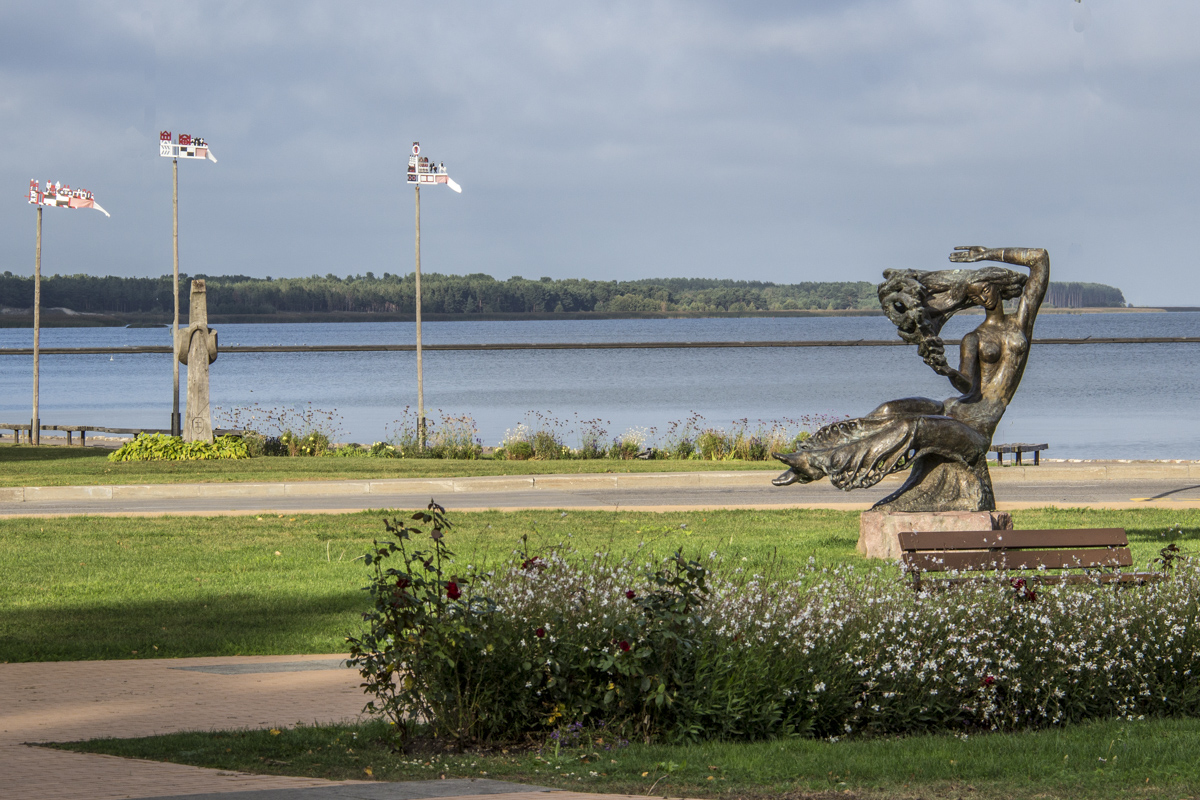 Giantess Neringa on seafront of Nida in Lithuania

Strolling along the sea front I was intrigued by the weather vanes standing like sentinels along the way. They represent a unique custom that has been practised mainly by the Curonian fishermen. For centuries fishing was the main industry on the spit. Fishing boats used in the Curonian Lagoon were specific to these waters which are very shallow in places. These sailing boats were known as kurėnai (large boats) and kiudelboats (small boats). Each boat would have a crown, a coloured weather vane carved from wood, attached to its main mast. The main purpose of these weather vanes was not to establish the direction of the wind but to identify the boat. This is a fishing tradition unique to Lithuania – colours and sizes were designated according to the fishing area of each village. But as the fishermen became more creative these weather vanes began to represent more colours and many different themes animals to local attractions. Fisherman rely on the vagaries of the weather and the sea and a mythology grew up around these weather vanes. The tall masts they are attached to represent a symbolic link between the sea and heaven.

Outside the Fisherman’s Ethnographic Homestead I came across a traditional kurėnai dragnet boat that was once used to fish in the lagoon. After admiring that and three others on display close by – all original – I went into the farmstead itself. 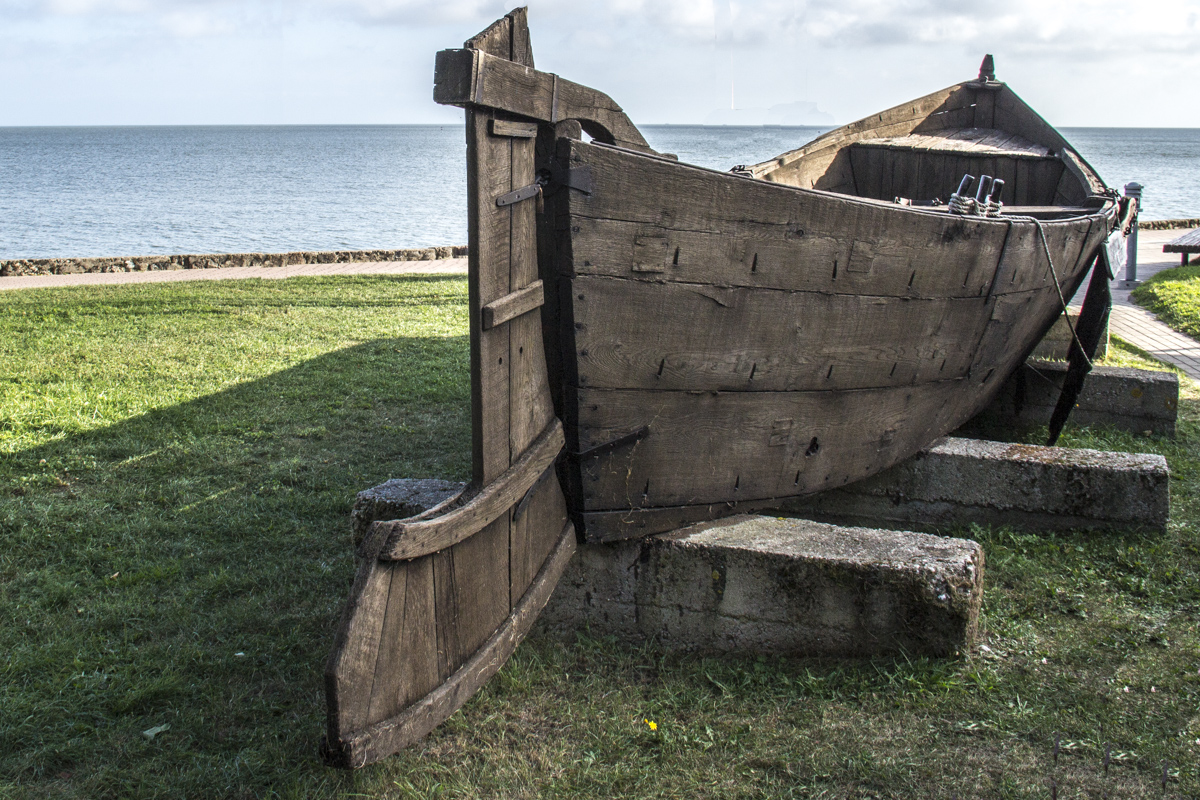 This farmstead is not the original building, constructed in 1900, as that was destroyed by ice floes during the 1980s. It has now been restored and belongs to the Neringa Museum of History which is also in Nida. This museum relates the history of Neringa of which Nida is the administrative centre. A farmstead would often be augmented with extra rooms or buildings to accommodate the children when they got married. This complex has more than one building as well as a water well and a garden planted with weather vanes. 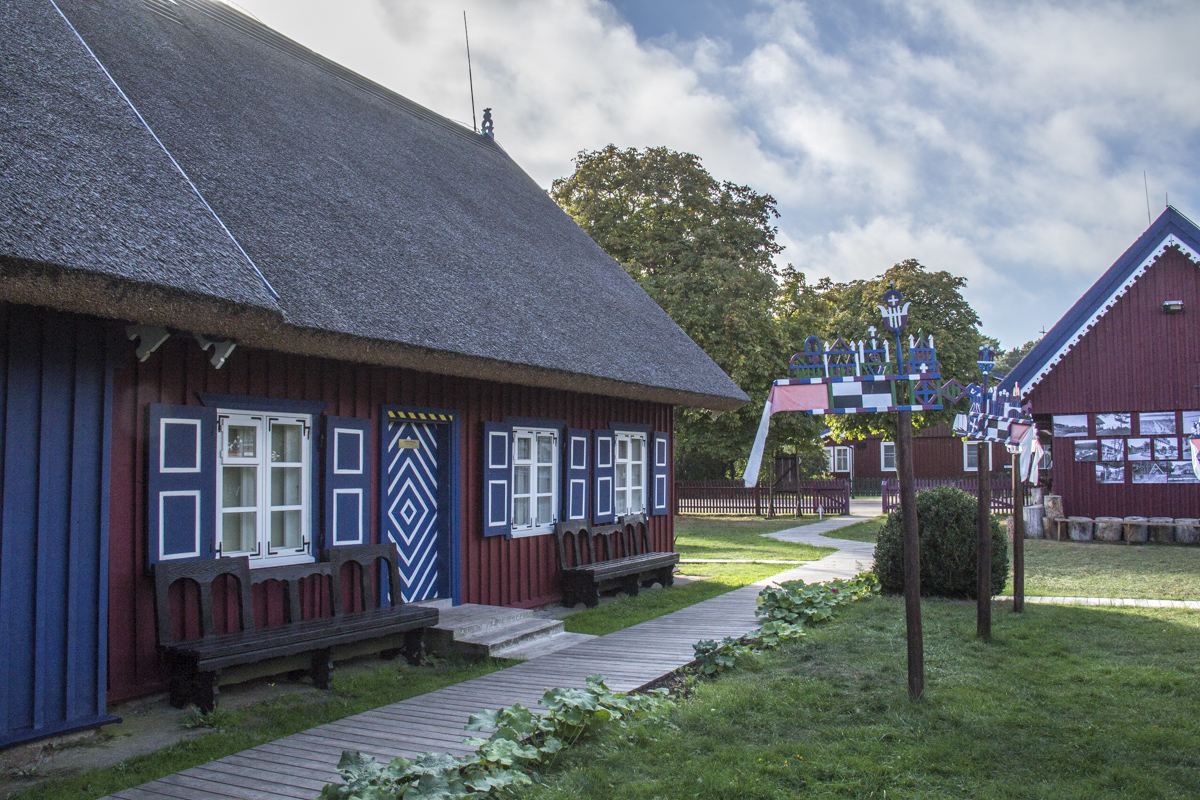 Inside the rooms have been set out as they would have been when the fisherman and his family lived there. Unusually, many of the exhibits hang from the ceiling on a string. Information boards in English tell the story of the family who once owned the house and bring to life the world of these hard-working people. Two pairs of boots have been left by the door as though their owners have just come back from a fishing trip. 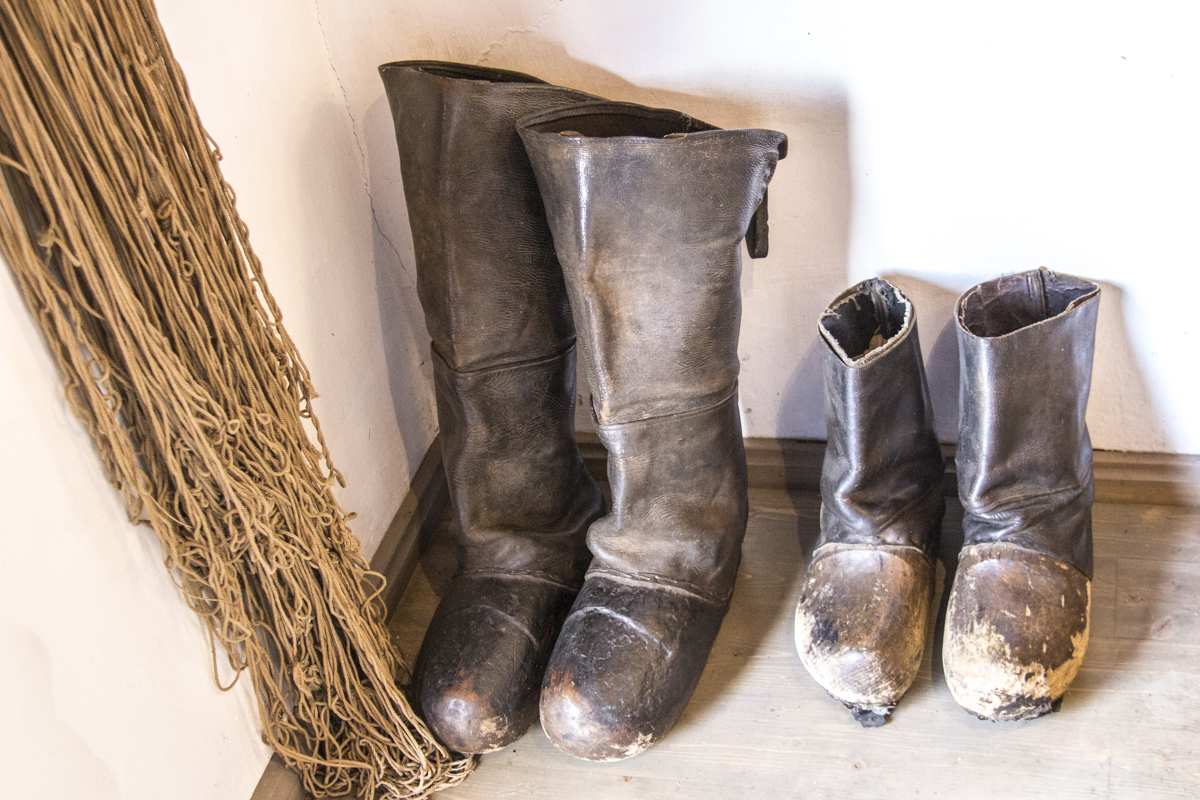 Fisherman’s boots in the Fisherman’s Ethnographic Farmstead in Nida, Lithuania

Next stop the Curonian Spit National Park Office to admire the statue of the Elk of Nida that stands proudly on a plinth by the front door. The elk is the largest animal on the Curonian Spit and is often regarded as the symbol of its forests. It was chosen to commemorate the fiftieth anniversary of the founding of Neringa and this sculpture was created by Saulius Juchnevičius in 2012. Apparently if you rub the elk’s nose you are bound to see a real deer in the woods. I didn’t. 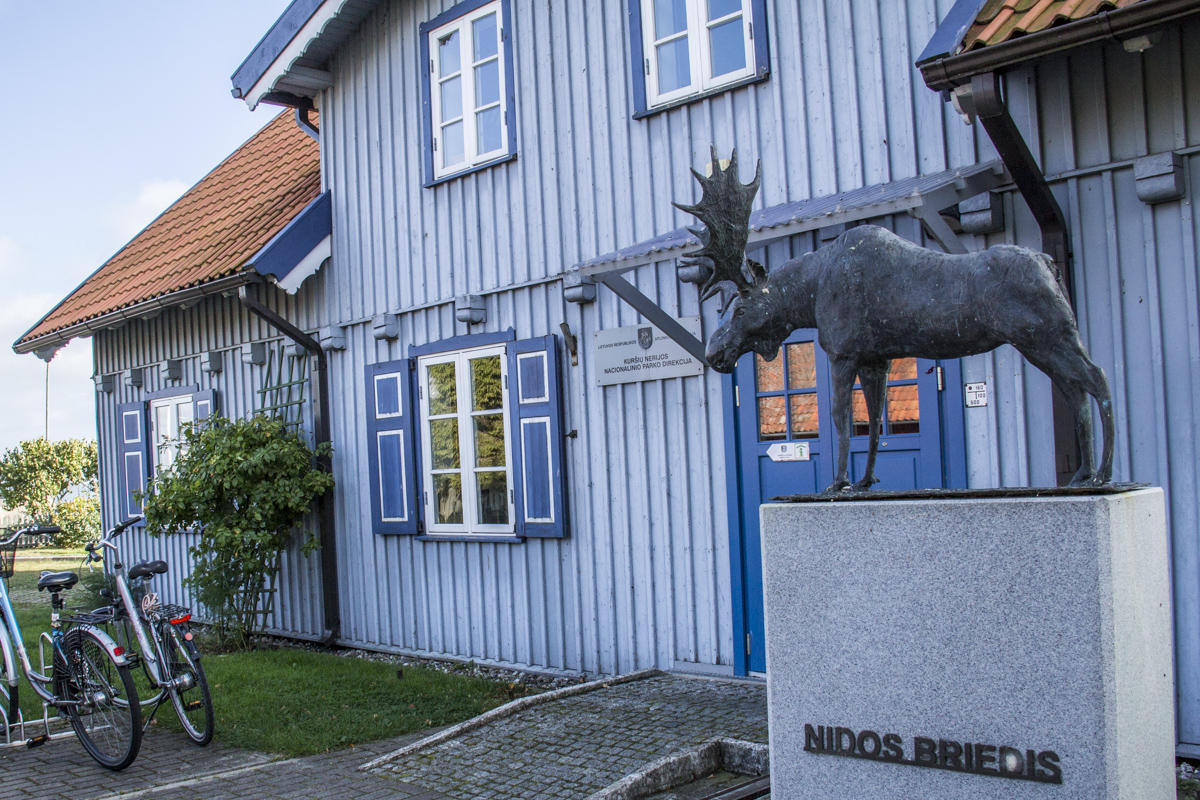 The Elk of Nida in Nida, Lithuania

I lingered for a while by the yacht club admiring the boats moored in front of it. Ferries, fishing boats and pleasure boats also use this harbour in the summer. 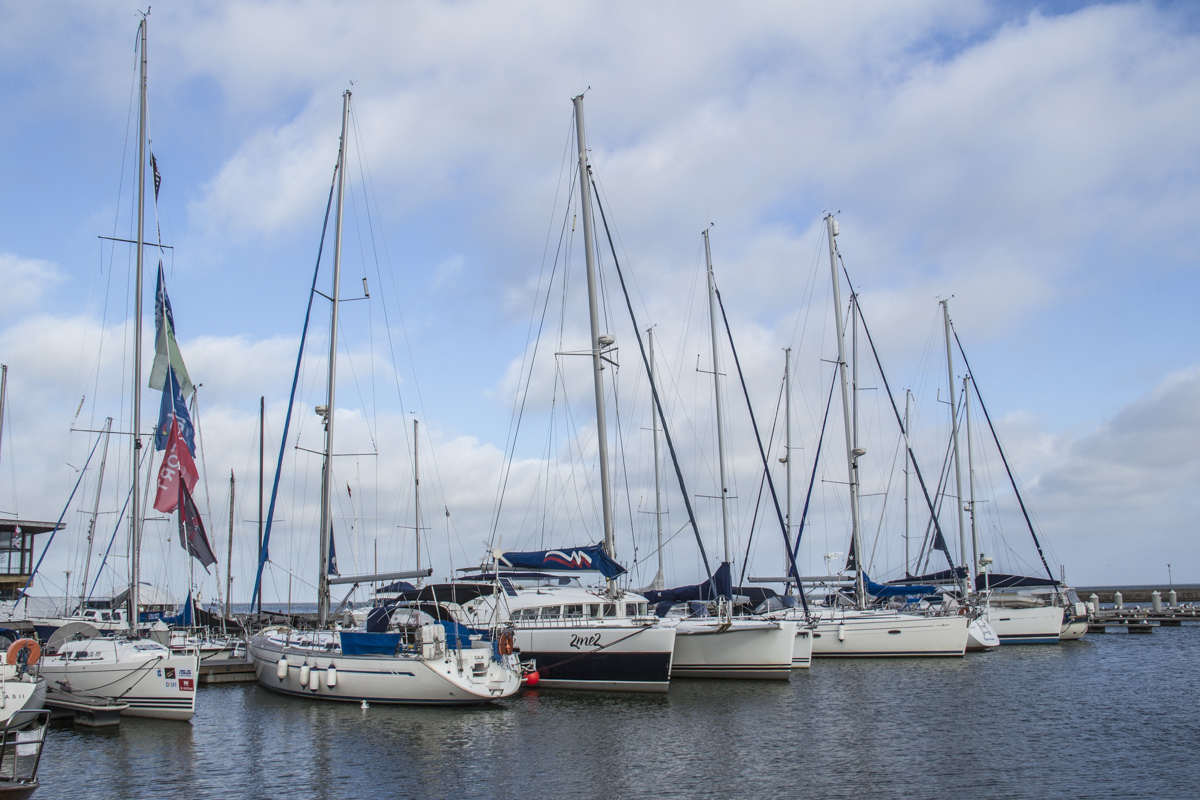 The harbour in Nida in Lithuania

Turning away from the sea into the old town centre I found some lovely traditional wooden buildings. Originally built as houses for the fisherman today they are used for a variety of purposes from small hotels and summer houses to shops and museums. Nida has several very interesting museums. The single room Hermann Blode Hotel Museum is the only remaining building of the Blode Hotel. It was in this hotel that the Nida Artists Colony was founded in 1890. This colony flourished with gatherings of over two hundred artists as well as writers, composers and musicians. It was here that Sigmund Freud stayed when he visited the village. Thomas Mann, the renowned German writer was a summer visitor to Nida and had a summer house built there around 1929. This house now houses the Thomas Mann Memorial Museum which includes a Cultural Centre that hosts a variety of events. 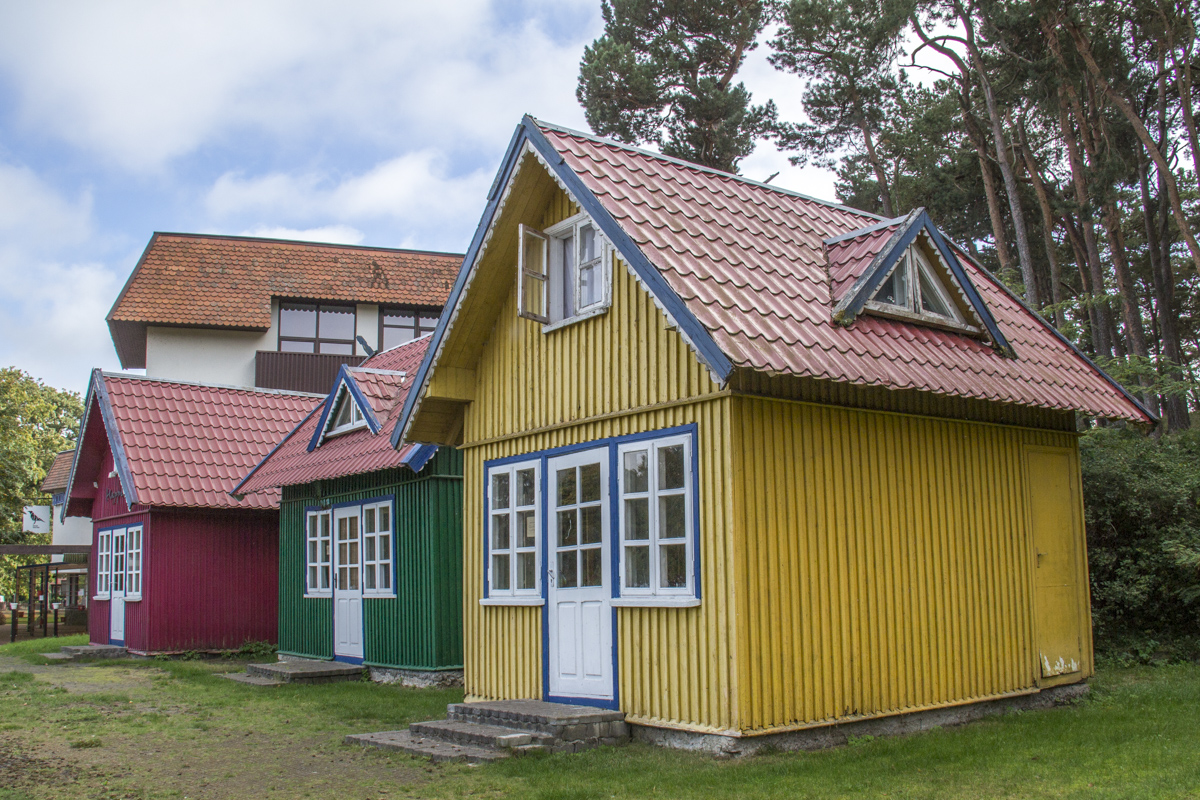 The Amber Museum Gallery also occupies an original fisherman’s house. The large collection of amber (also referred to as Lithuanian) gold) includes the largest piece in the country, weighing two kilograms. Visitors to the museum can buy unique pieces of amber jewellery made on the premises by local artists. They can also taste the special amber drink and walk through the Amber Road, a display in the garden relating the story of amber. 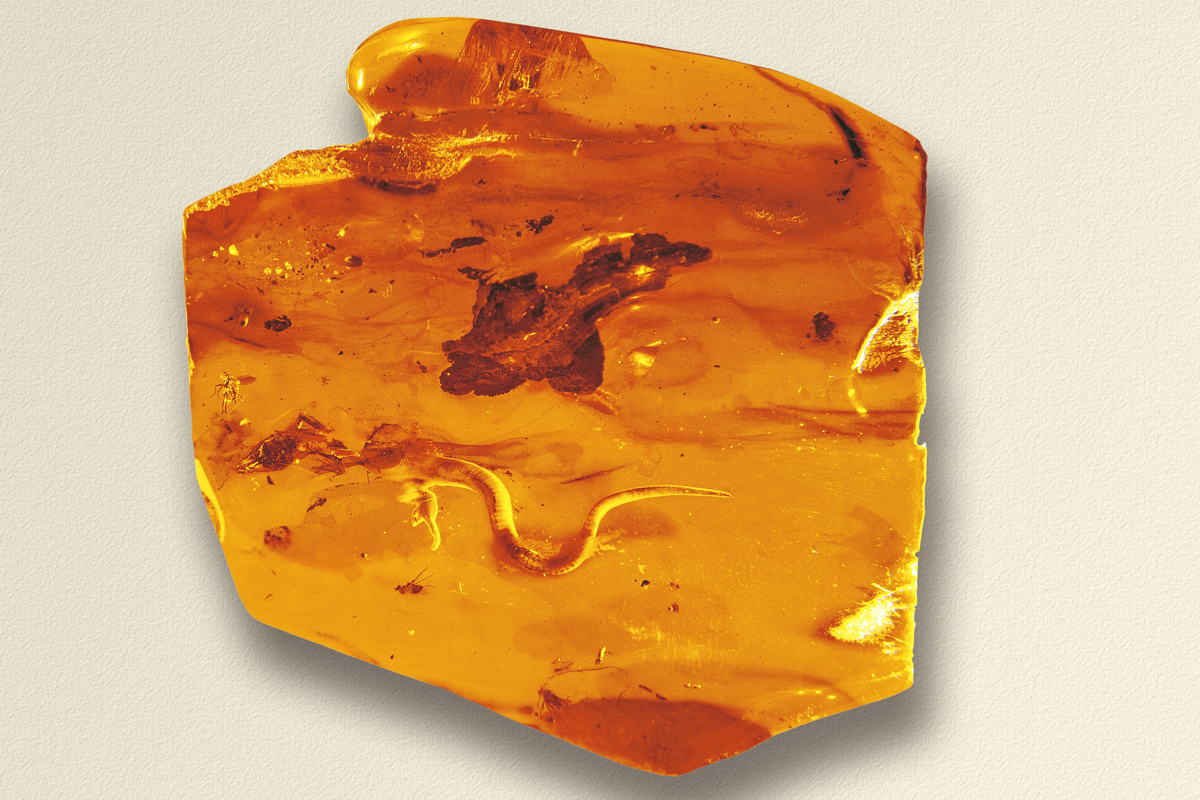 A Piece of Amber

Visitors can walk along the shore of the Curonian Lagoon to the Parnidis Dune. This dune is fifty-three metres in height and features a very unusual sundial-calendar. As I began my ascent of the dune I passed a bronze statue of the French philosopher Jean Paul Sartre struggling against the wind. It commemorates the visit of Sartre to Nida in 1965 and was created by the sculptor Klaudijus Pūdymas. When it was placed here in June 2018 its critics claimed that his feminist companion Simone de Beauvoir should have been included in this memorial. It may happen yet.

The huge sun dial dominates the top of the dune. How this sundial and calendar work was beyond my comprehension but there are information boards explaining the inter-action of the column in the centre with the symbols carved in granite slabs around it. 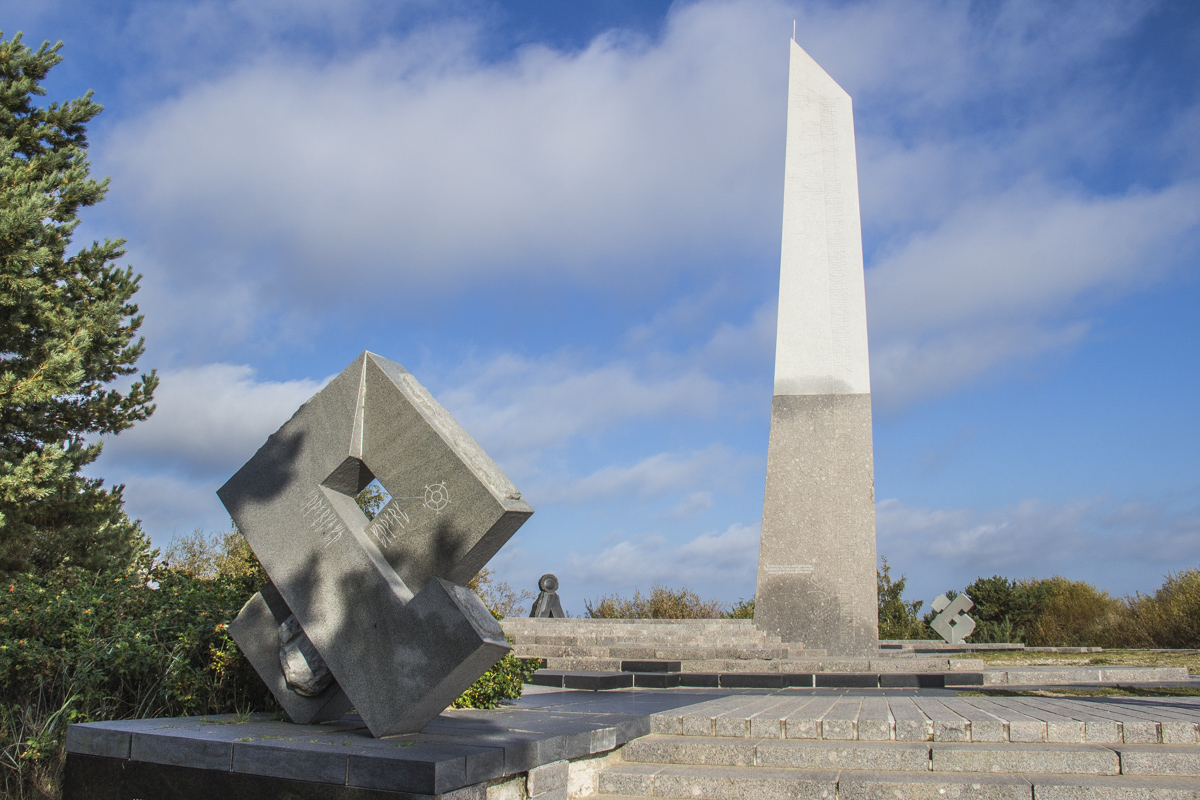 After admiring this amazing creation I made my way to the viewpoint to enjoy a vista of sand dunes and the town of Nida beyond. I could understand why this area, with its unusual landscape, was a magnet for artists, writers and composers – anyone seeking tranquillity, beauty and inspiration.

Hotel Nerija is located in a quiet street near the centre of Nida. Its fifty-seven cosy, comfortable rooms range from apartments to standard doubles. A small terrace on the third floor overlooks the neighbouring pine forest. The staff are friendly and helpful and the restaurant offers good food. Ideal for a short stay. 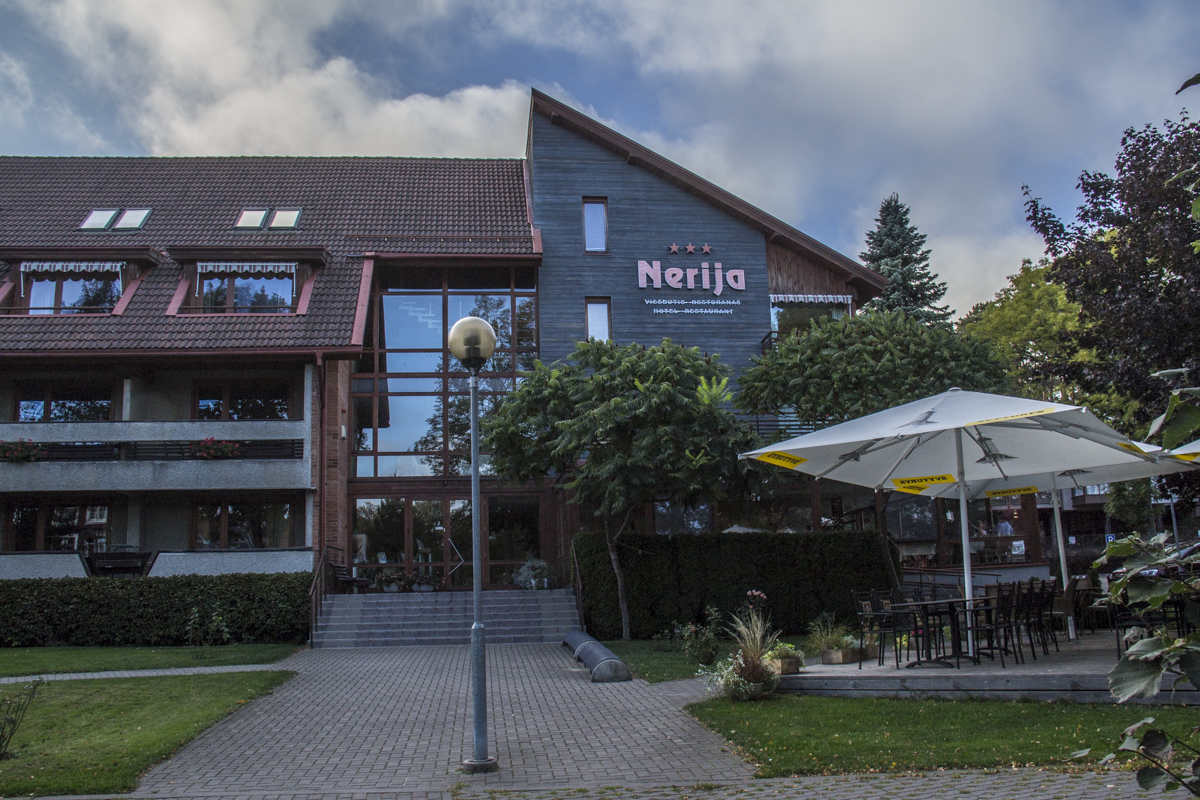 Hotel Nerija in Nida in Lithuania