Four Highlights of Streymoy one of the Faroe Islands

Streymoy is one of the Faroe Islands, a group of eighteen islands isolated in the middle of the Atlantic between Scotland and Iceland. They are part of Denmark but self-governing. The islands are connected by under-sea road tunnels, ferries, causeways and bridges. The biggest of these islands is Streymoy but the airport is on the island of Vágar. The two islands are connected by an under-sea tunnel. Thin soil and turbulent weather mean the islanders have to scrape a living as best they can. When it rains waterfalls cascade down the slopes of mountains and hills creating a spectacular landscape. One I was able to appreciate as I arrived in the rain. 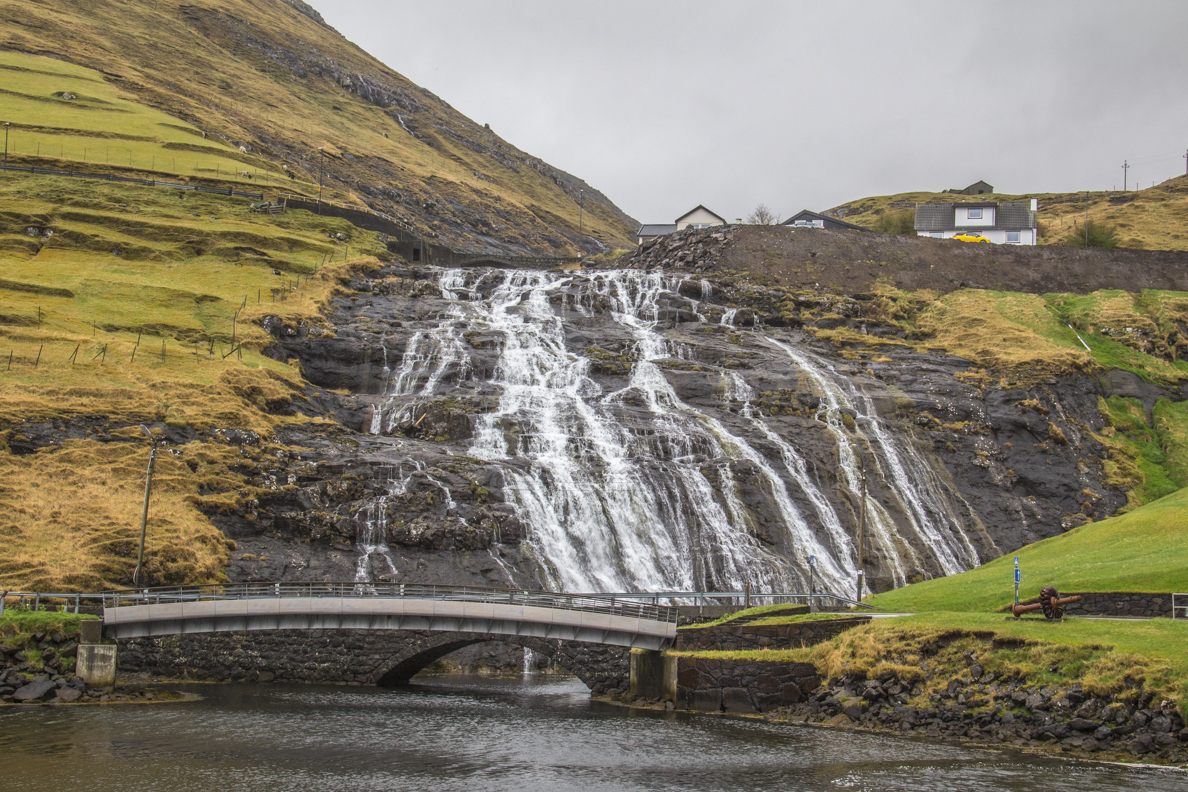 Koks is the Faroe Islands’ first and only Michelin Star restaurant. Its Executive Chef, Poul Andrias Ziska, specialises in the inventive use of local produce, foraged plants and seaweeds. The evening started in a small hut by a lake. All the guests dining that night gathered in this hut, a drying hut known as a hjallur, for an aperitif and some Faroese appetisers. These featured the traditional kombucha to drink and dried fish the taste of which improved dramatically when dipped in butter. We were then taken by jeep along a bumpy track to the restaurant itself which is housed in a traditional farmhouse. Koks has a large, square table in one of its small dining areas where diners who do not know each other will be seated. A great way to get to know other visitors to the Faroes and local inhabitants. 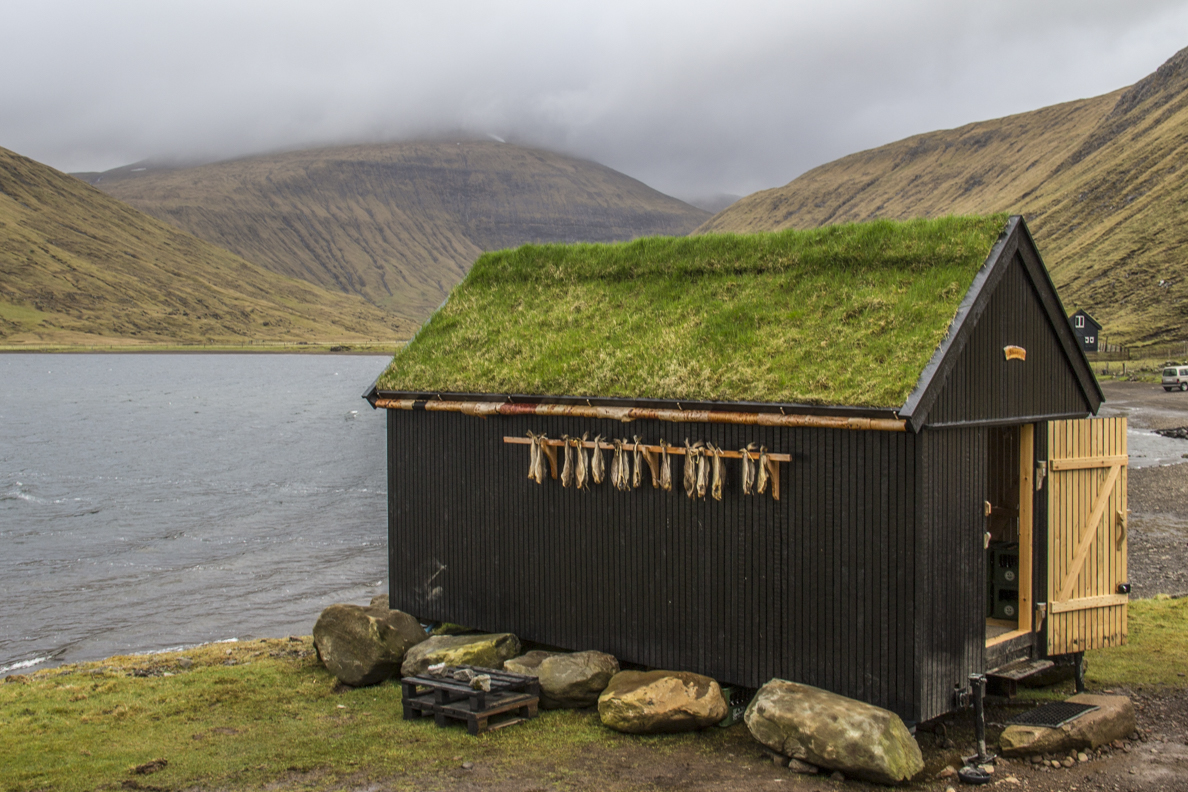 Koks offering a seventeen-course tasting menu that follows the seasons and varies depending on the time of year. The tasting menu we followed was a real treat. Each course was complemented by different wines or fruit juices. Fortunately, the portions were small enough to eat everything that was put in front of me including a fifty-year old Mahogany Clam, seaweed, and a delicious dessert of wild thyme and crowberry. As each course arrived we were given a description of the ingredients of that course and the wine that accompanied it. It was an amazing experience and I enjoyed every morsel of the food that was presented to me. 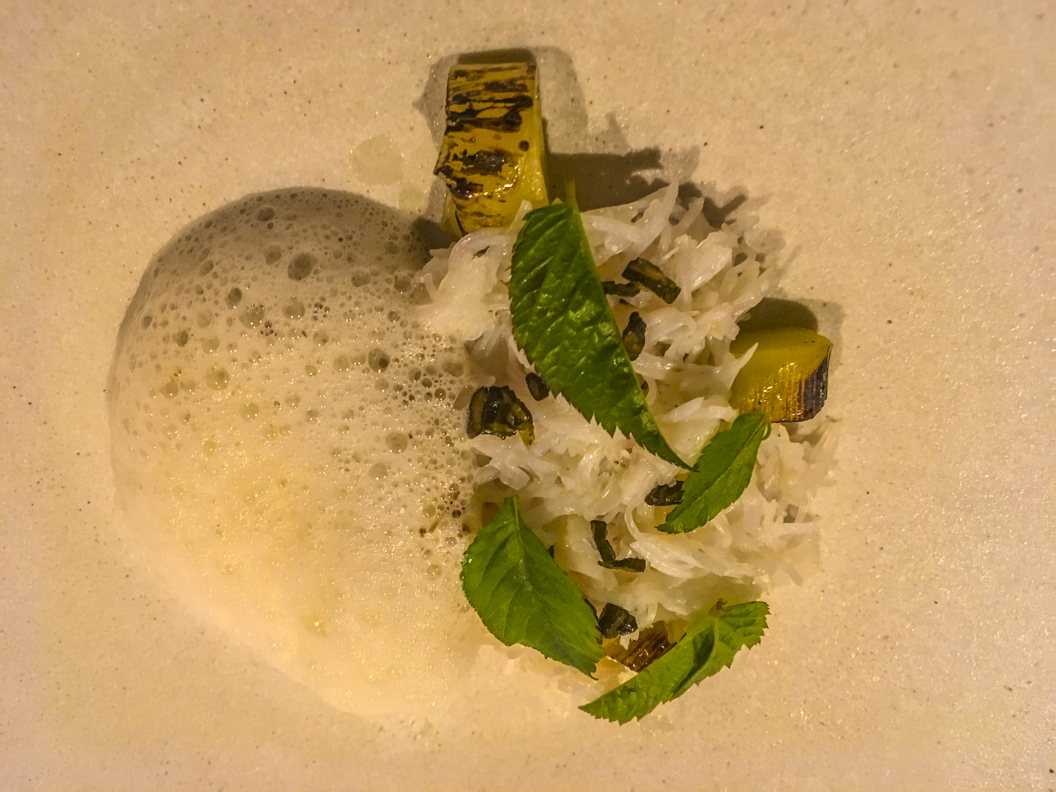 Walking Along a Fjord to the Atlantic

My programme had included a visit to a folk museum in Saksun but the farmer who owned it was not in the frame of mind to open it that day. Nevertheless, I was able to see the village and experience the humour of this farmer. I laughed out loud when I saw his notice forbidding visitors to walk on the grass. I was surrounded by grass and could not help walking on it. Our friendly farmer was not able to deny access to the fjord in Saksun so I was able to do the short walk Út á Lónner to the mouth of Lónner fjord where it meets the Atlantic. I strolled down the road from Saksun village to the beach enjoying the dramatic scenery. On the far side of the water was an isolated farmhouse that had achieved fame as the setting for a Specsavers advertisement. The one where the farmer shaves his sheep dog as well as his sheep. The best time to do this walk is at low tide and I only just made it to the Atlantic where the tide turned and I had to scramble onto to some rocks and pick my way back to the safety of the shore. It was an exhilarating experience – me versus the wind, rain and sea. 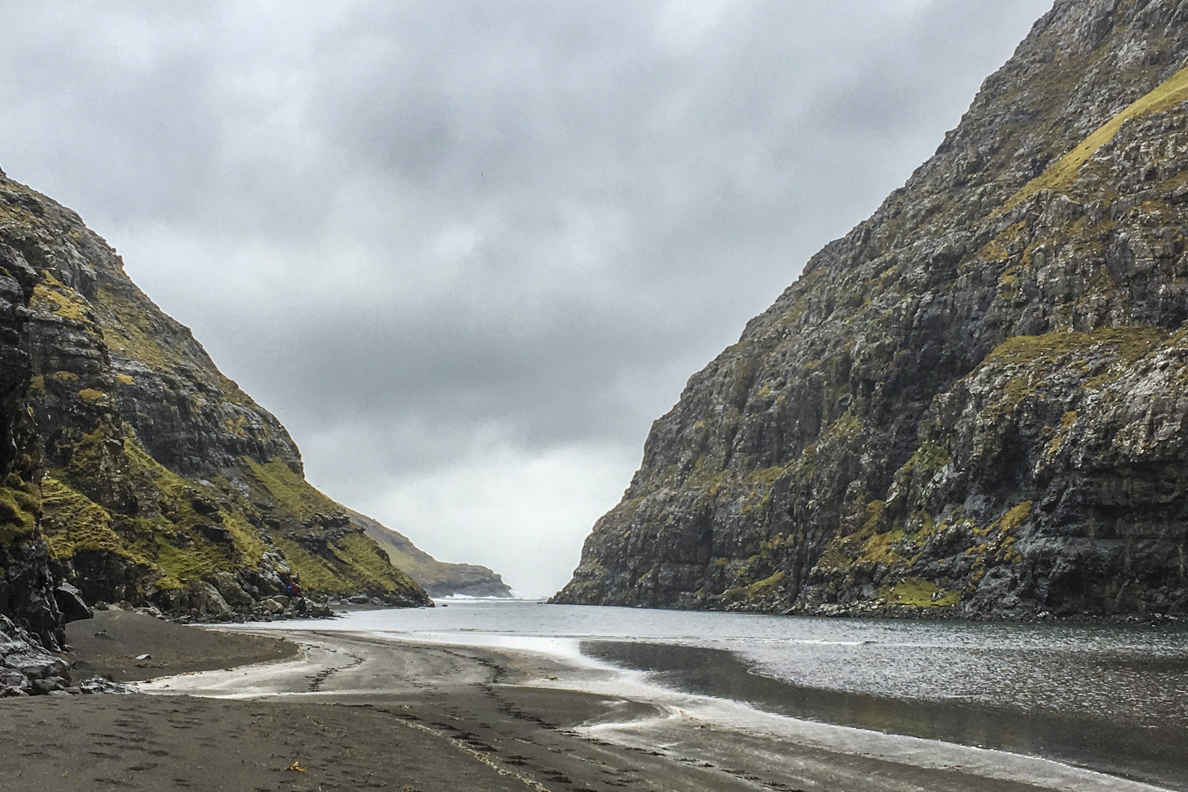 I was booked on a boat trip from the Vestmanna Tourist Centre but the sea was too rough to go out. The Faroe Islands are famous for a huge variety of birds both permanent and migratory. I took shelter in the Tourist Centre where I was able to get a substantial buffet lunch and visit the Faroe Islands’ only wax works museum. The tiny Saga Museum is housed on the first floor of the building. It features models of people who have contributed to the history of the islands. The presence of each is explained on an audio guide. Sadly, most of the people featured seem to have come to a gruesome end but it was an interesting introduction to the history of the islands. 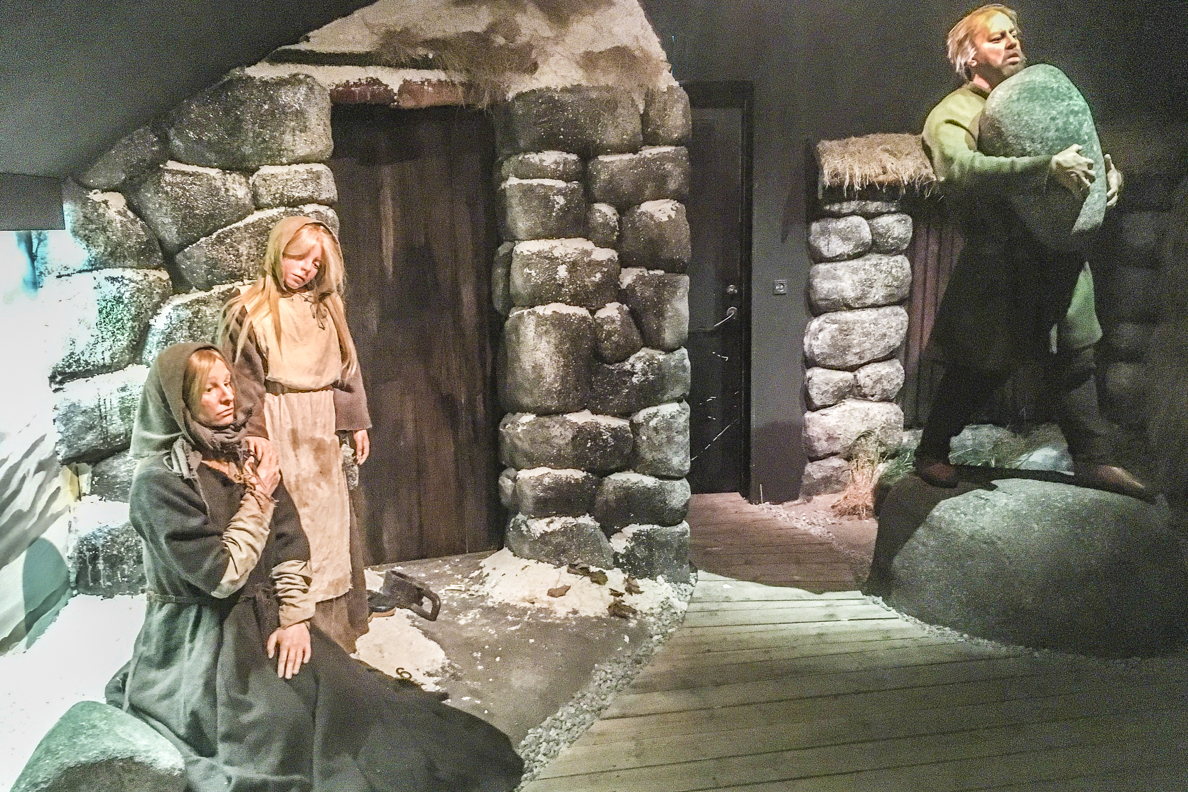 Walking from Tórshavn to Kirkjubøur

This trail starts just outside Tórshavn, the capital of the Faroe Islands and meanders across the hills to Kirkjubøur, the cultural capital of the islands. It was perfect weather for walking, cool and still. The trail took me to a ridge and then continued parallel to the coastline. The views across the sea to the other islands were impressive and I stopped to watch the ferry making its way across to the island of Sandoy. On arrival in Kirkjubøur I discovered three really interesting buildings but as a service was taking place in the little church and the museum was closed (the owner is a bell-ringer) I started at the ruins of Magnus Cathedral. These are the largest medieval ruins in the Faroe Islands but are currently being restored. During the medieval period Kirkjubøur was the cultural and episcopal centre of the Faroe Islands. When Tórshavn became the capital the cathedral was abandoned. 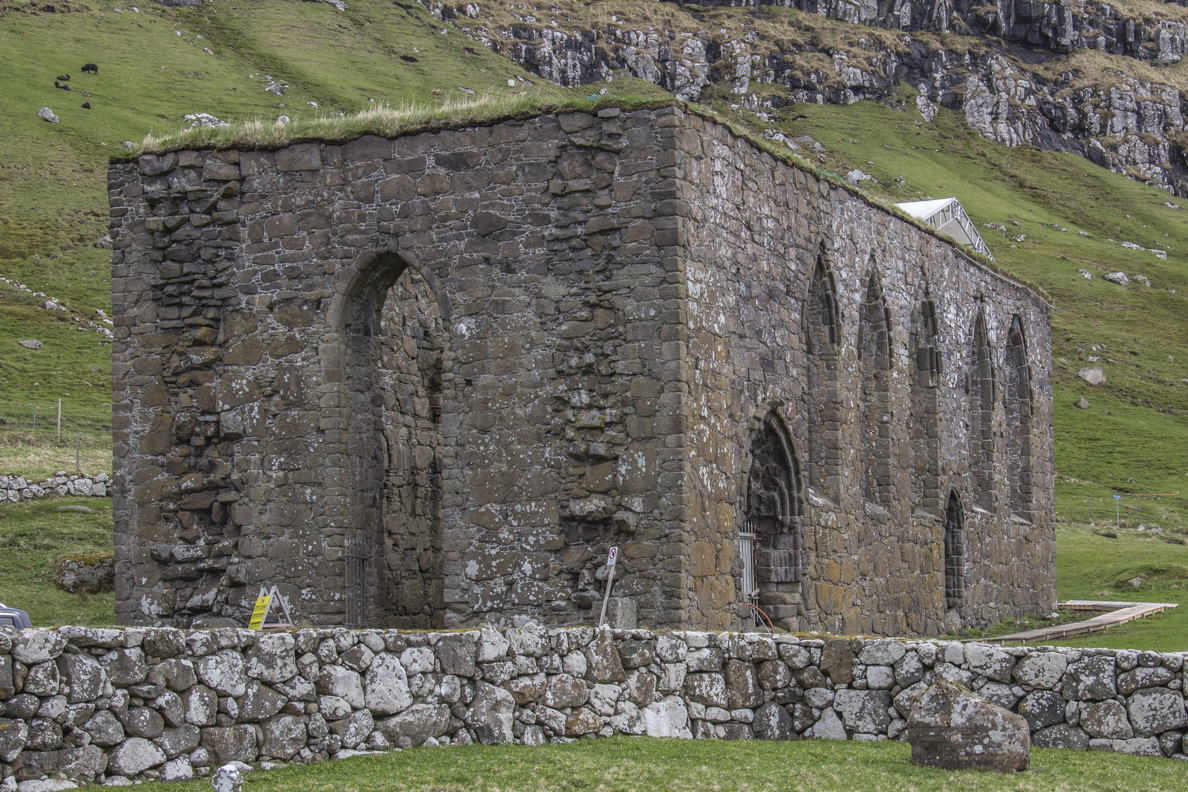 Kirkjubøur parish church is called Saint Olav’s Church or Saint Mary’s Church and is sometimes referred to as the Monk’s Church. At one time three churches were being used simultaneously here. The parish church, the cathedral and a minor church, Likhús (place of the dead). During the fifteenth century the parish church was used as the cathedral for the Faroe Islands but relinquished this role when Saint Magns cathedral was built around the beginning of the thirteenth century. The parish church took on a different role until the Reformation when it was converted to a parish church. The church was condemned in 1863 due to the threat of erosion but then secured by a bulwark in 1870. At the same time it was restored but in the Gothic style that was fashionable then. When it underwent another restoration between 1963 and 1966 it was restored to its original appearance. 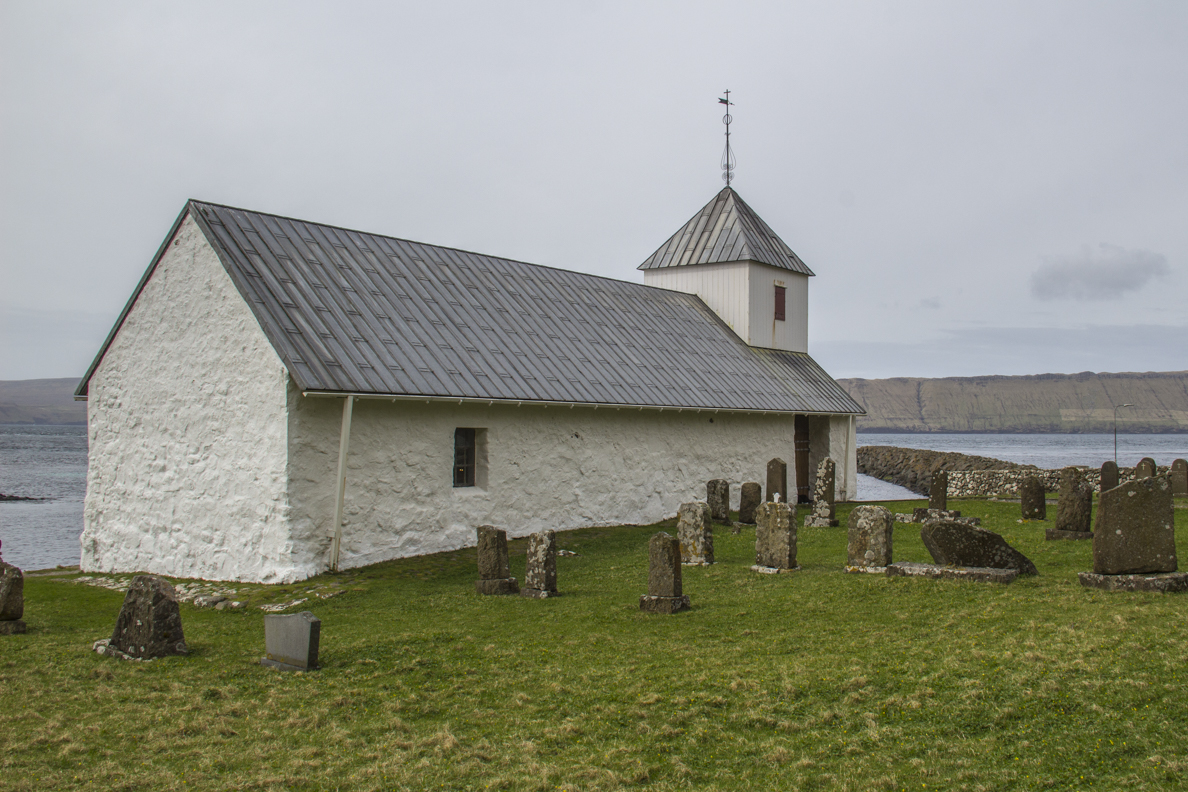 When the church service ended Farmer Jóannes Patursson unlocked the rooms in Roykstovan that are now open to the public. This farmhouse is nine-hundred years old and has been continually occupied since it was built in the twelfth century when it was used as the bishop’s residence. The Paturssons, a farming family, have lived here since 1550 – seventeen generations. Roykstovan is the oldest inhabited wooden house in Europe and features a traditional turf roof – a feature that can be seen throughout the islands. Jóannes joined the visitors who had been lingering hoping to get inside the house and spent some time relating the history of the house and talking about the exhibits in there. I wished I could have stayed longer but I had a ferry to catch to Sandoy, my next destination. 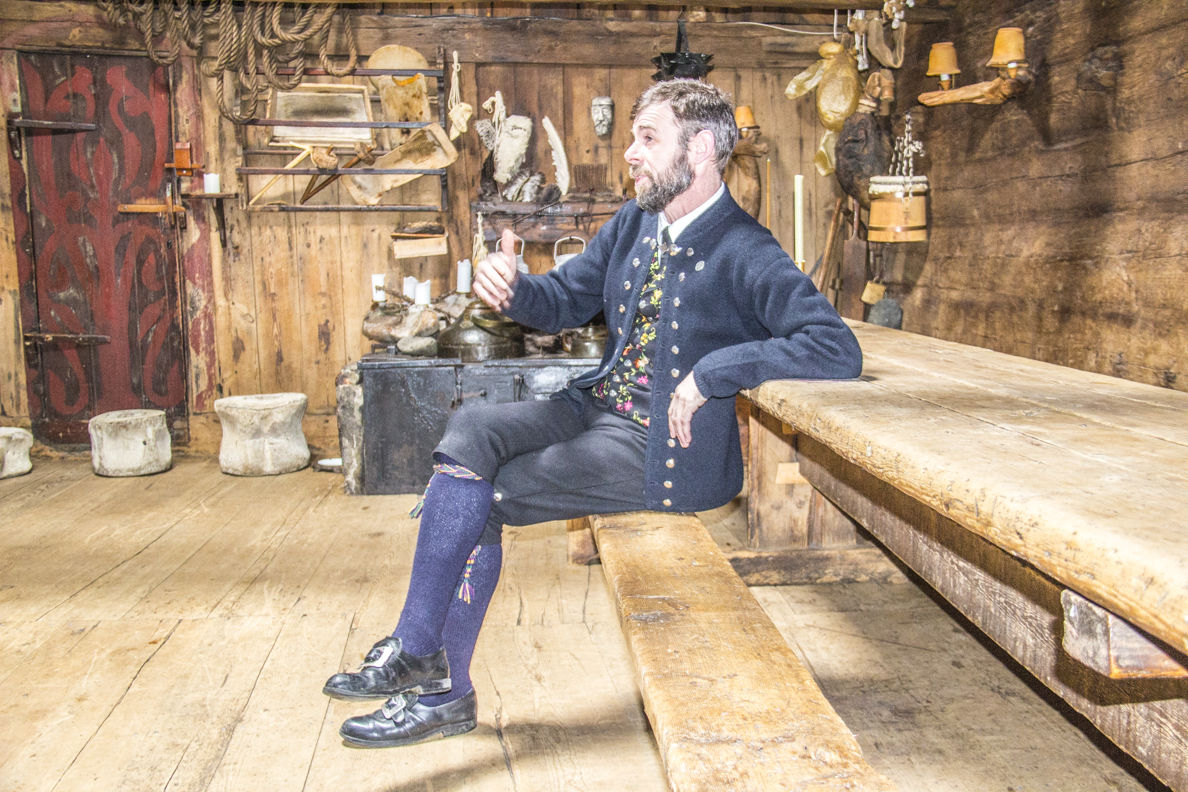 I flew with Atlantic Airways from Edinburgh (a good excuse to spend some time in this lovely city). I stayed in the Hotel Føroyar a lovely hotel above Tórshavn with splendid views of the town and surrounding countryside. It was the first time I had slept under a turf roof.