Five Intriguing Attractions on the Isle of Wight

In the past the Isle of Wight has attracted many famous residents and visitors. Queen Victoria and Prince Albert built their family home, Osborne, near Cowes. Lord Alfred Tennyson, poet laureate and the most famous Victorian poet was also a resident on the island. Today, its delightful old-fashioned ambience and easy accessibility from England’s mainland ensure that the island is still a popular destination. In the area known as West Wight are five interesting attractions including country houses, natural landscapes and a fun farm. 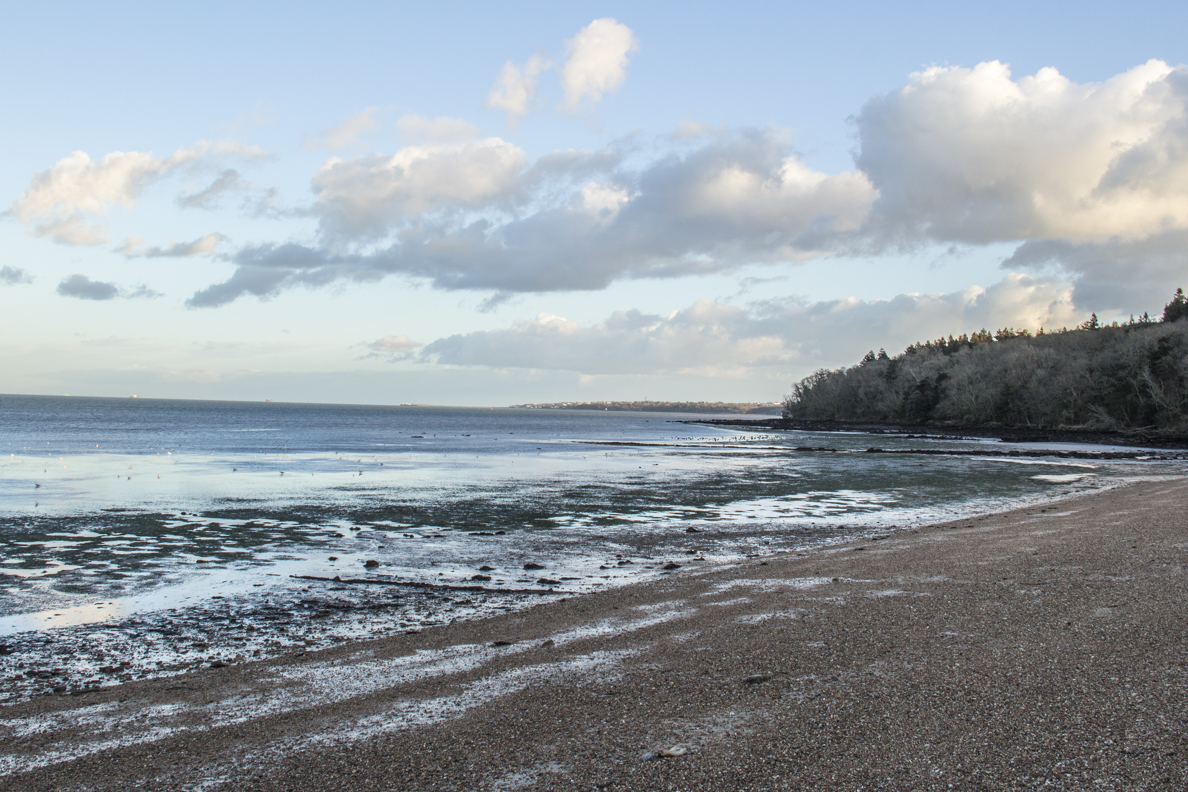 As a photographer myself I was particularly interested in Dimbola, once the home of Julia Margaret Cameron a pioneer Victorian photographer. When I arrived at the lodge I met Dr Brian Hinton, custodian of the lodge and Michael Robinson, a volunteer there. They had some exciting news to relay. The lodge has a new sponsor which means they will be able to source Victorian antiques to furnish the lodge and build a Victorian dark room where the new patron in residence will be working. The aim is to furnish the building in a manner that suggests Mrs Cameron has just left her home. She actually left in 1875 after fifteen years in residence as she could no longer afford to live there. She and her husband moved to a bungalow in Sri Lanka where she died four years later. Mrs Cameron became acquainted with the island through her friendship with the poet laureate Alfred Lord Tennyson and she frequently visited his home, Farringford, on the island. Eventually, Tennyson’s wife, Emily, suggested to Mrs Cameron that she should move to the island and introduced her to the notion of buying Dimbola Lodge. Mrs Cameron moved to Dimbola Lodge in 1860 and took up photography in 1864 after receiving a camera as a gift. She used a particularly complicated process, the wet collodian process, to develop her images, mainly portraits. This involved the use of silver nitrate that turns the hands black so it is also known as the black art. She turned the coal cellar into a dark room. If Mrs Cameron made a mistake she would hurl the glass plate out of the window. No wonder that only 800 photographs out of the many she took have survived. Mrs Cameron invented photography as an art form and beauty was her theme. She used a technique known as soft focusing which was not universally acclaimed. Nevertheless, she became a member of the Royal Photographic Society within a year of starting photography. Today the society hosts a large display of her work which achieved popularity when modern photographers, including David Bailey fell in love with her work and bought her photographs. 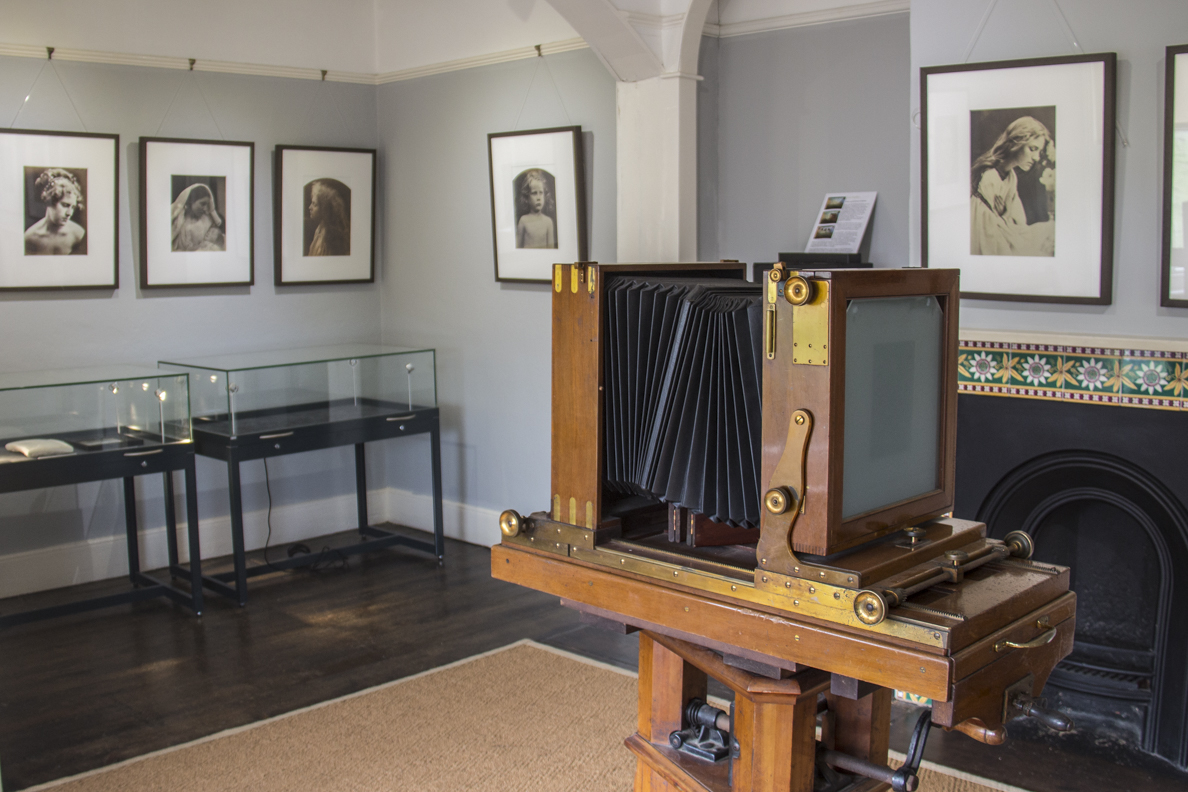 Courses in black and white photography and the wet collodian process will be available at Dimbola in the near future. Meanwhile, visitors can appreciate the work of Mrs Cameron in its small museum. The art galleries at Dimbola feature a collection documenting the history of the Isle of Wight Festival. The festival originated here until its popularity attracted such a large audience that the site could no longer cope. Memories of those days include a statue of Jimmi Hendrix in the garden of Dimbola Lodge. 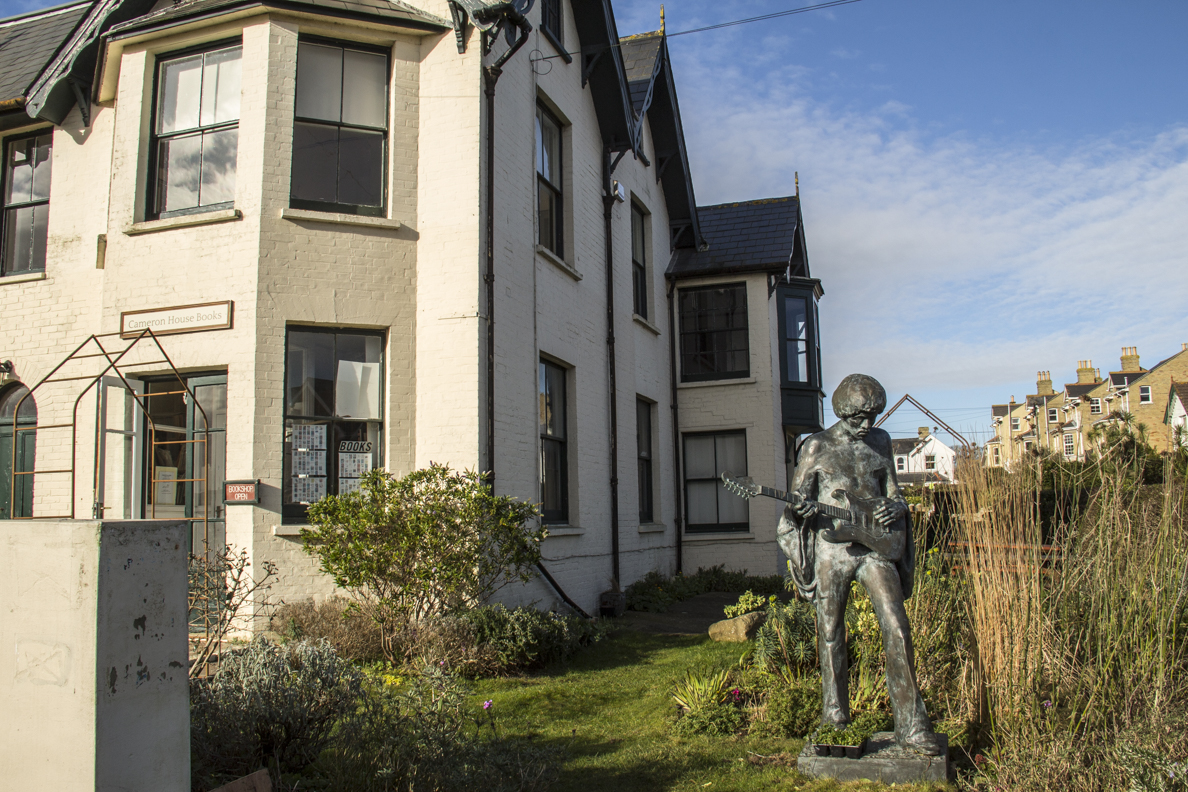 Alum Bay is one of the island’s most famous attractions due to its cliffs of multi-coloured sand. For many years, visitors were able to buy empty glass ornaments and clamber on the cliffs to fill them with the coloured sands. Today the area is protected as it forms part of the Needles Marine Conservation Zone but glass ornaments already filled and empty ornaments to be filled with sand in the shop are available to buy at the sand shop. In Victorian times the sands were used for painting sand painting pictures, a craft known as marmotinto. Extremely pure white silica is found in the Alum Bay sand and this was once extracted and used to make glass and pottery. Glass is still made here and at Alum Bay Glass visitors can watch the fascinating art of glass blowing and see craftsmen make a variety of crafted glassware. The bay is also of historical interest as Guglielmo Marconi moved here in 1897 to experiment with radio. He installed a 40-metre radio antenna outside the Needles Hotel in Alum Bay. Initially establishing communication with ships offshore but by early 1898 he had successfully communicated with stations at Madeira House, Bournemouth and the Haven Hotel on Sandbanks in Poole twenty miles away.  There is a footpath from the cliff top down to the bay but a more exciting journey down there is on the Alum Bay chair lift accessible from the Needles Park. Recently refurbished this chair lift has been in operation since 1973. 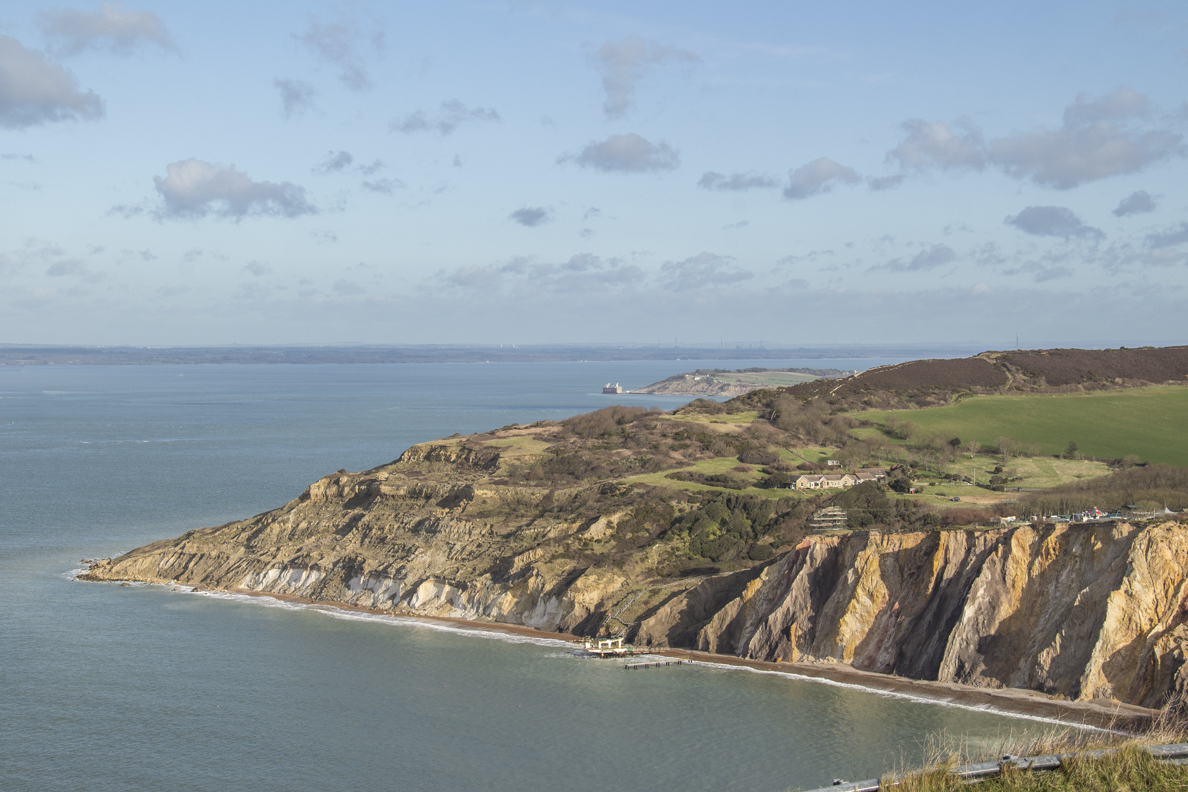 The Needles are a row of three distinctive chalk stacks. Originally, there were four rocks and the name came from this fourth rock which was shaped like a needle and known as Lot’s Wife. Lot’s Wife, a biblical figure, was turned into a pillar of salt after disobeying an order not to look back. This rock, the tallest of the four, may have collapsed during a great storm in 1764 but its name lives on. The Needles are part of a chalk ridge that crosses the middle of the Isle of Wight and continues west under the sea to Dorset’s Isle of Purbeck. It is believed this chalk ridge was also once connected to Old Harry Rocks about twenty miles away. Around 5,000BC the ridge was breached by the Solent River, creating the Isle of Wight with its jagged white rocks at the western tip. The National Trust bought the Needles Headland in 1975 and from the Old and New Batteries on this headland – Victorian coastal defences, visitors can enjoy the best views of the Needles and the Dorset coast. In 1859 a lighthouse was built on a platform of the last chalk stack. It replaced the original lighthouse built in 1785 on the cliffs above the Needles as this one was often shrouded in mist and not always effective. The light of this Victorian lighthouse can be seen seventeen miles away and it has a powerful foghorn. In 1993 the old glass lantern was replaced with mains electricity from the Needles Old Battery. A year later it was fully automated and its crew became redundant. 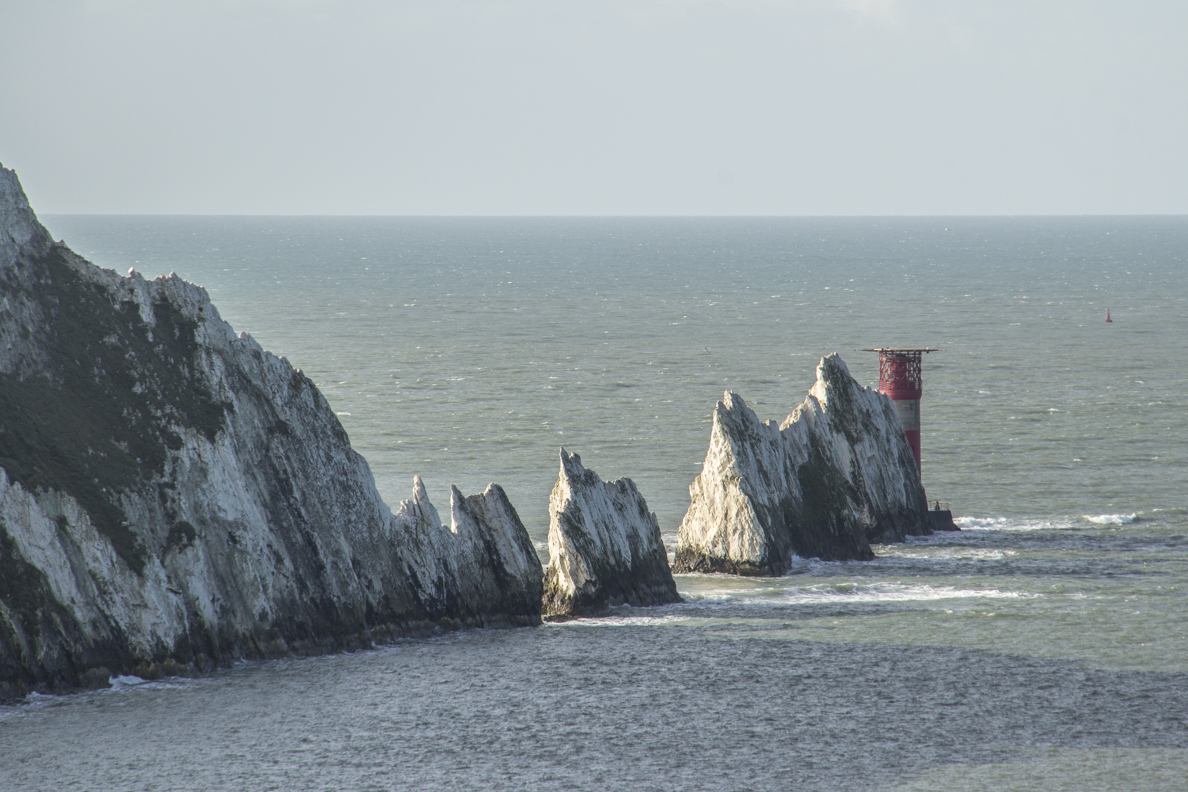 After a morning of sightseeing I visited Tapnell Farm. When it was a working farm it had the biggest dairy herd of cows on the Isle of Wight. Today it is the home of the Wight Herd, the only Art Herd in the United Kingdom. A designer range of life-size cows are scattered around the grounds. Each cow is unique representing local businesses, attractions, organisations and events such as the Isle of Wight Festival. It is a colourful and interesting collection and fun wandering around the farm finding them. They are everywhere, even inside the Cow Co Restaurant where I had lunch. The name is in keeping with the history of the farm and the menu features the best in local beef and dairy produce. The restaurant occupies a converted Swiss barn with a large eating area inside and a mezzanine floor about it. It is a fun place to eat and ideal for staging all kinds of events. I had a lovely lunch in this unusual restaurant. 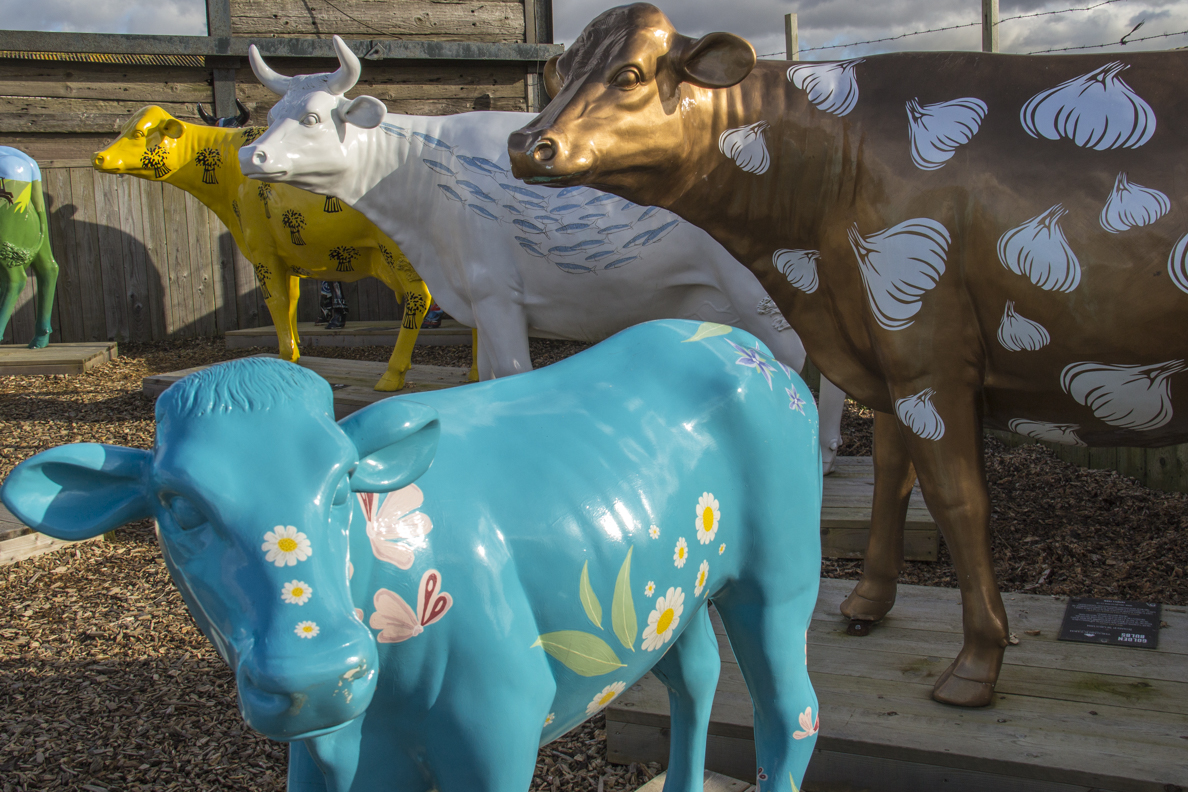 After lunch I was able to explore a variety of attractions outside in the Farm Park. I started inside the barn where I found a large variety of animals, large and small. I loved the two furry piglets curled up together. Outside It was feeding time on the Wallaby Walk and I was able to give them some titbits myself. It was a lovely experience. I moved on to the meerkats enjoying their antics as they raced around their enclosure. Tapnell Farm has a wide variety of accommodation including safari tents, cabins, pods and the manor house. All of them positioned to take full advantage of the glorious views of the surrounding countryside. 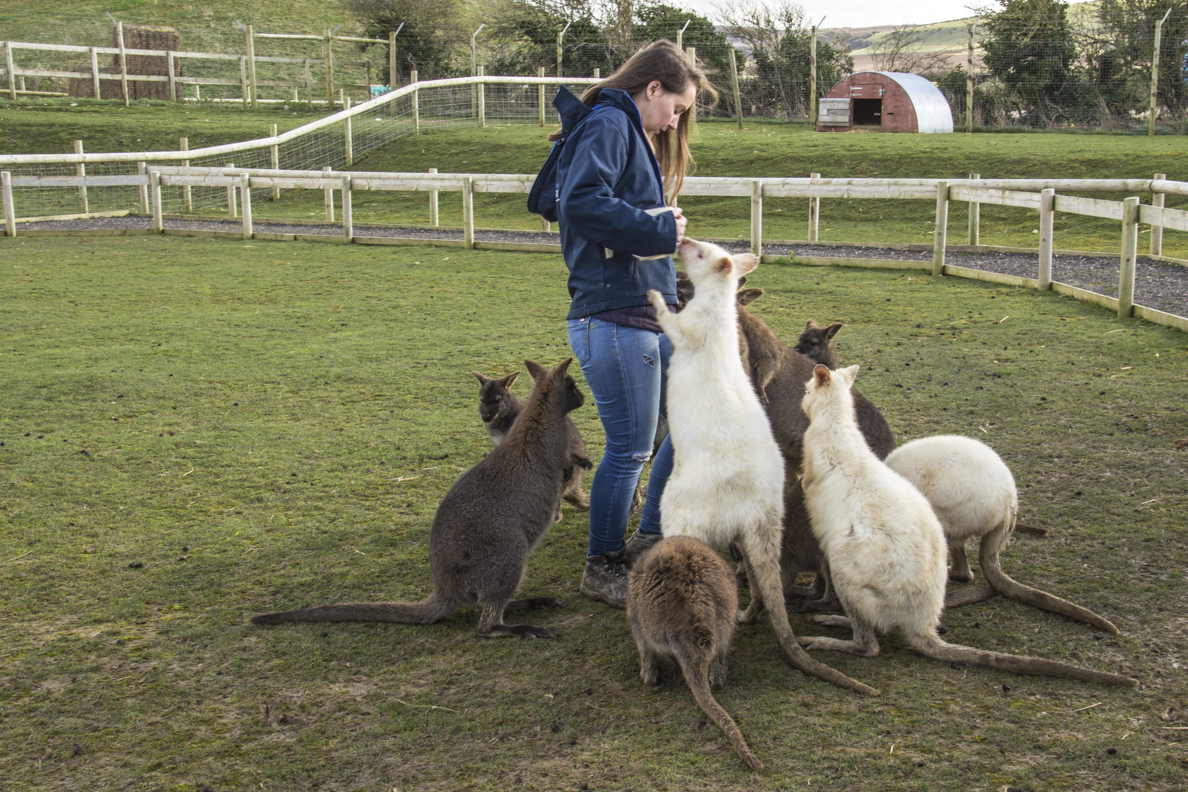 Farringford, is a Grade 1 Listed Building in Freshwater Bay in an area of the island known as West Wight. Alfred Lord Tennyson lived there from 1856 until he died ind1892. The Tennyson family retained ownership of the house until it was sold in 1945 and was converted into a hotel and continued as such until 2010. The property is once again in private ownership and after undergoing extensive restoration has been opened to the public as an historic home. 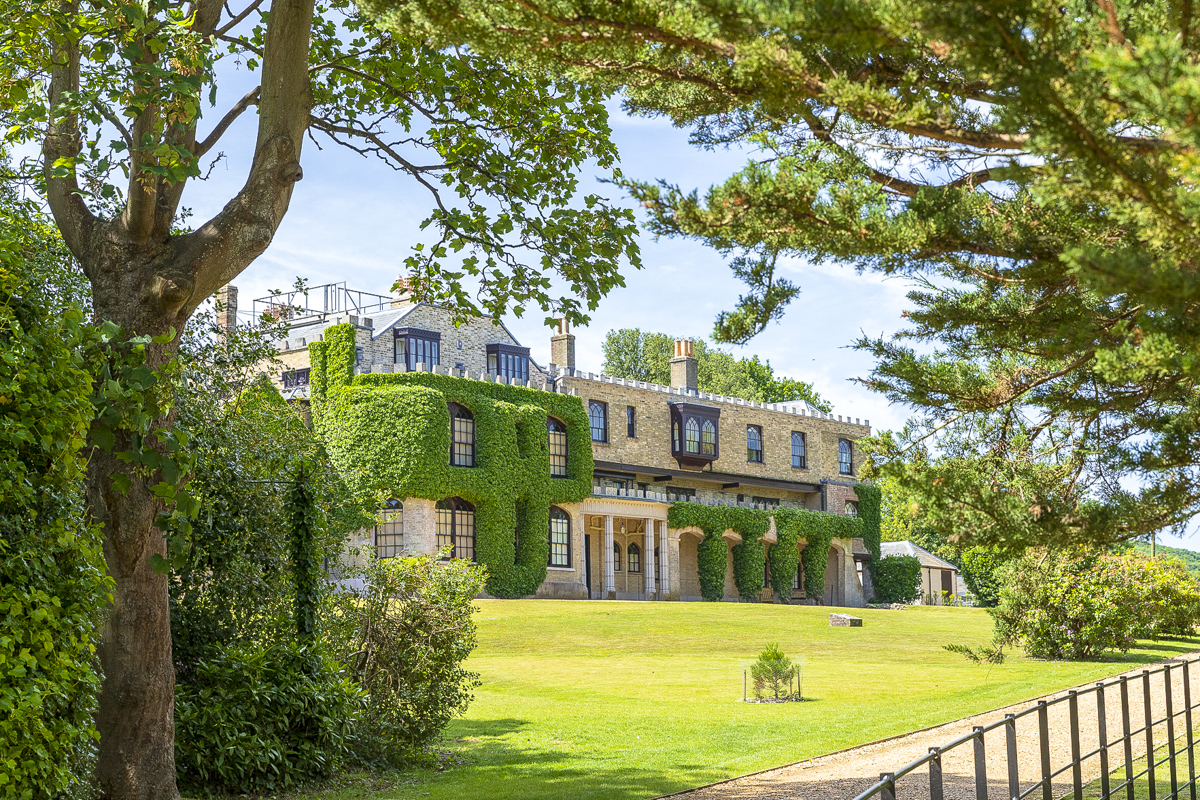 Alfred Lord Tennyson married Emily in 1850 and in 1853 they went house-hunting having failed to find a suitable home previously. In October that year Tennyson visited the Isle of Wight probably because his admiration for the poetry of John Keats had made him think he might like to live on the island where Keats had chosen to write. When he discovered Farringford was available to rent they went to see it. Emily was so impressed by the view from the drawing room that they rented the property and later took up the option to purchase. The family were very happy there but Tennyson was a complex personality who often sought solitude but sometimes craved company. He regularly went back to London as the tranquillity and isolation of Farringford made him restless. He also loved to entertain at Farringford to counteract the solitude of writing. Taking long walks on the downs and reciting his own poetry were his favourite occupations. Farringford became a magnet for famous literary figures including Edward Lear who created a nonsense alphabet for Tennyson’s children which is on display in the house. Visitors to Farringford can take a guided tour of the house and explore the extensive grounds including the kitchen gardens. 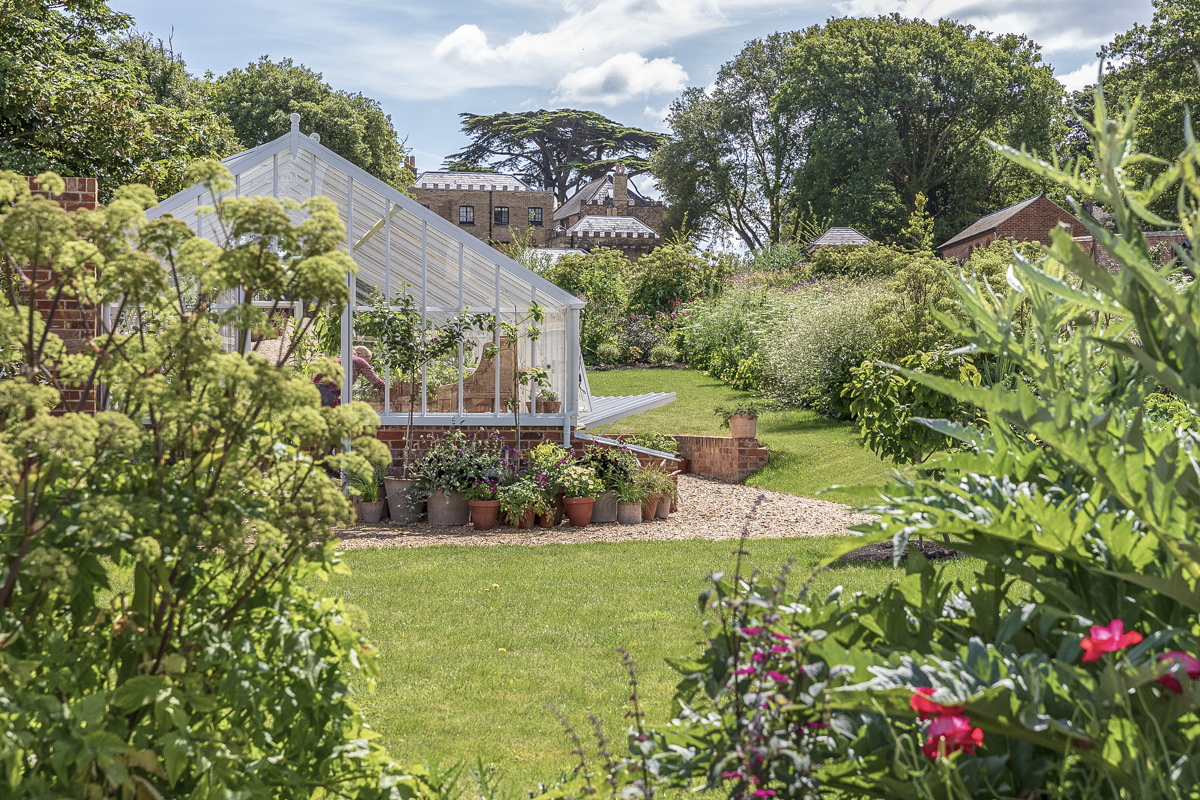