Jewels in the Crown at Woodbridge

A narrow staircase and a long corridor led me to my room and the realisation that this was a hotel with character. I love hotels with character and this place has a unique style. It is a fascinating blend of popular ‘local’ and sophisticated hotel. The décor downstairs suits both – wooden chairs and tables surrounded by subtly decorated walls. The same tasteful style continues in the rooms. I was not surprised to learn that the bedrooms at the Crown had been styled by the London designer David Bentheim and was impressed by the use of pretty pastel colours giving space and light to the room. I was amused by the artefacts on the walls – lovely wooden pitchforks – and looked forward to wallowing in the large free-standing bath in my spacious bathroom. Two jewels in the Crown. 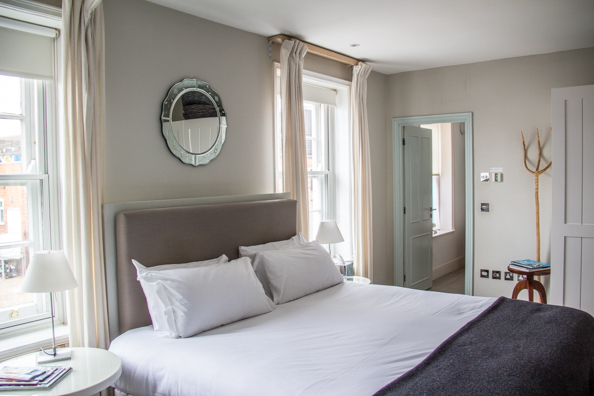 The wooden pitchforks reflect the heritage of the building which was established in Woodbridge, Suffolk as a coaching inn during the sixteenth century. The building had two long frontages, one on The Quay that led down to the river. Fishing artefacts in the corridor outside my room and a boat that hangs over the bar, reflect the proximity of the tidal River Deben. The other frontage was on Thoroughfare, the main route through the town. Behind the Crown were fields where the horses were grazed known as the Crown Meadows. It is said that in the early 1800s George IV, then the Prince Regent, changed horses here. 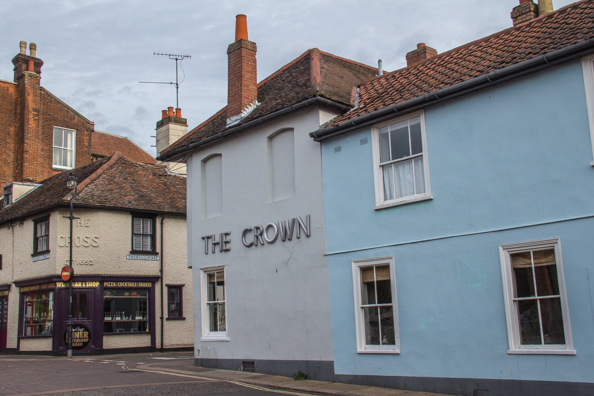 During the nineteenth century the arrival of the railway and the subsequent demise of the coach and horses as a means of transport resulted in some significant changes to the building. Its frontage on the Thoroughfare was partially demolished to make way for a new building, now a charity shop. A complex of maltings was built on the fields behind. Maltings, or malthouses were buildings where barley or other grains were softened in water until they sprouted and then dried in kilns to produce malt that was used for brewing and distilling alcoholic drinks. Some of these old maltings have been converted into houses in Crown Place behind the Crown. 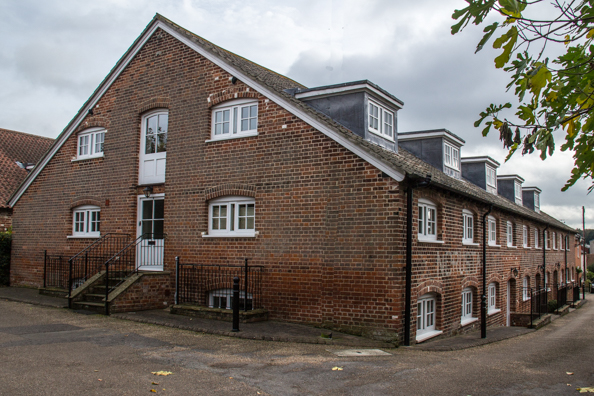 Inside the Crown the layout reflects its origins as an inn. Downstairs is the bar with the restaurant adjoining it. The bar is clearly a popular meeting place for local people and whenever I walked through I could hear the friendly hum of conversation. The whole area is a series of small inter-linked rooms so diners and drinkers are separate and yet together without intruding on each other. On sunny days visitors to the Crown can relax on the two patios outside. 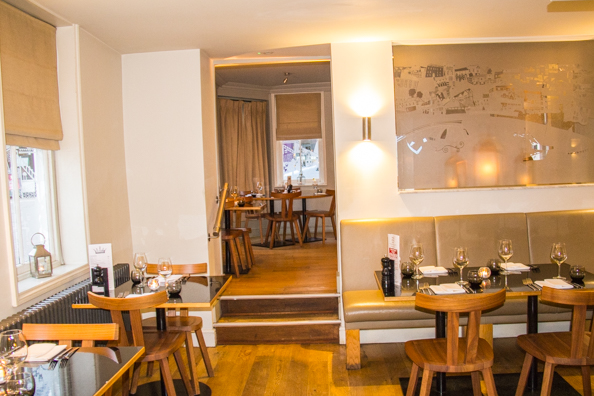 The Crown’s restaurant is another jewel and my meal there was memorable for all the right reasons. It is no wonder that this restaurant is recommended in the Michelin Guide. Darran Hazelton, the head chef, creates wonderful dishes using local produce from land and sea. As a lover of fish my choice was easy, hand-dived seared scallops followed by the pollock. I loved the scallops which were perfectly cooked and enhanced by interesting flavours and textures in the form of shards of bacon, crisps of pork belly and a scattering of lentils. Yes, I do watch cooking programmes and although I am familiar with the terminology this was the first time I had understood it. The flesh of my Pollock glistened when I cut into it – a second beautiful dish. I chose an Aspall draught cyder which is brewed locally to accompany my meal – refreshing and dry it was a good choice. 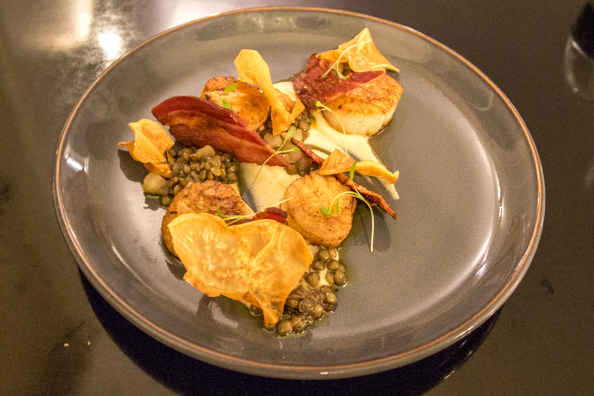 Breakfast at the Crown is also a pleasure. A nicely presented continental breakfast buffet and a menu of cooked options. The only thing missing from the buffet for me was a banana so I asked the question. No, they did not have any in the kitchen but they would get one. A few minutes later a banana arrived. In fact, they bought two so I could have one the next morning as well. It does not get any better than that. I chose the scrambled eggs with Pinneys smoked salmon from the menu. It was really good as the scrambled eggs were freshly cooked and the local smoked salmon was delicious. What a great way to start the day. 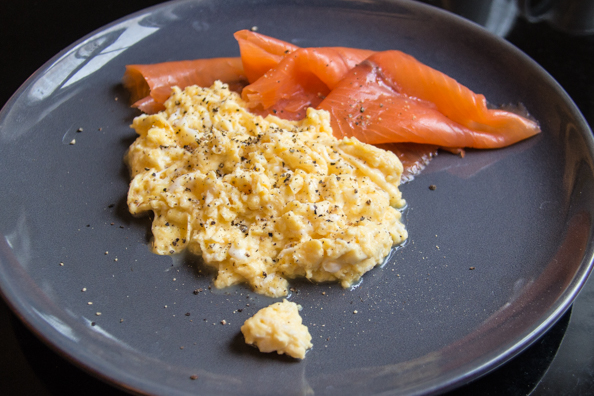