Adam is everything I thought he would be. Big and strong but nice to cuddle up to. Adam and I have three things in common. We both enjoy winter sports; we have both had total replacements of both knees; we have both been pain free since surgery. The latter is a fact that makes we want to rejoice, loudly. I am sure Adam would too, if he could do so. But Adam is a dog, an Alaskan Malamute, a sled pulling dog. He is a patient of Professor Noel Fitzpatrick, television’s Supervet. Now, fully recovered from his surgery, it does not seem possible that two years ago Adam was barely able to walk due to severe arthritis in his knees. I was in the same state myself four years ago but now I am able to enjoy life to the full. 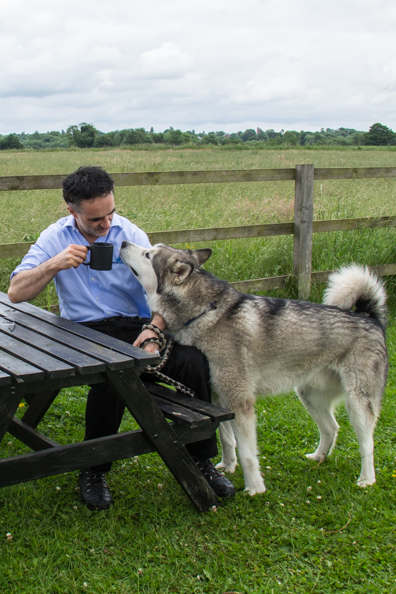 I am a patient of Professor John Skinner a leading orthopaedic surgeon at the Royal National Orthopaedic Hospital in Stanmore, Middlesex. I became a patient of Professor Skinner in 2009 following the deterioration of a reconstructed right knee and problems with my left knee. I work as a tour leader taking groups on holidays, including activity holidays. I needed to find a solution to my problems, and quickly. Initially, I saw Professor Skinner as a private patient at Spire Bushey Hospital so that I could time my treatments between trips. Arthroscopies and steroid injections kept me going until 2013 when it was decided I should have my right knee replaced. But, following a fall during a walking trip on Jersey resulting in increased pain in both knees I began wondering if I would be better off having both knees replaced in the same operation. Professor Skinner agreed and my surgery was scheduled for 29 April 2013. I was confident the surgery would be successful. Before my operation I kept fit with daily sessions on my exercise bike at home. More importantly I had a date in my diary – my aim was to be fit enough to lead a walking holiday in the Italian Dolomites at the beginning of July 2013. I achieved my objective by devoting the first four works to full-time rehabilitation, exercising and walking several times a day. I was back at work by the beginning of July and led several waking holidays that summer and skiing trips the following winter. 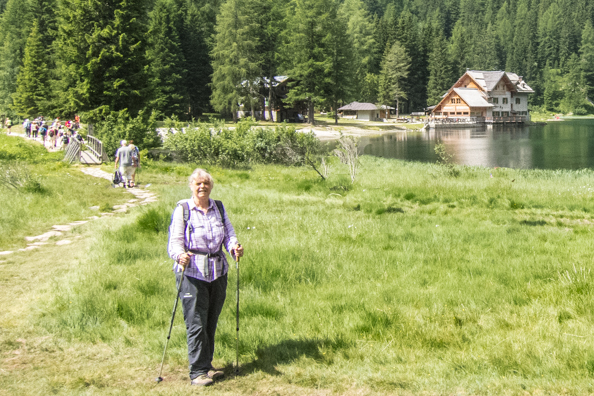 Are the experiences of Adam and myself parallel or is there a cross-over? When I was invited to visit Fitzpatricks Referrals in Surrey where the Supervet programme is filmed it was a chance to find out. I was not familiar with the programme so I had some homework to do – well, some television to watch. It opened up a new world to me. I had no idea that animal surgery was so advanced and I was looking forward to learning more about it. Brian showed me around the facilities. It was remarkably calm and quiet considering it was full of animals. This was particularly true of the cats’ area, a small, sound proofed room so they cannot hear the dogs barking. Ninety-five per cent of the patients here are dogs. Cats don’t suffer from the same ailments and their owners don’t tend to insure them the say way dog owners do. The equipment I saw was definitely state of the art and the best available. 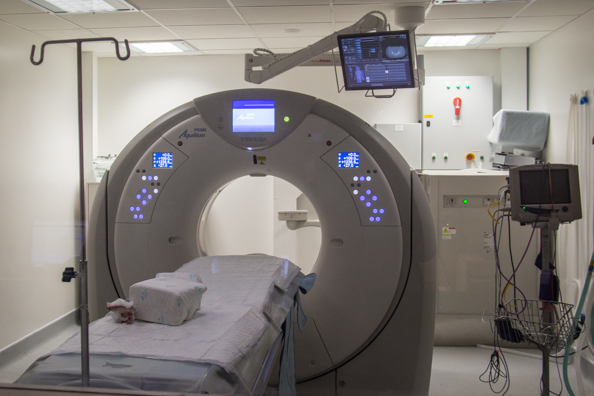 I knew from my own experience that exercise was vital for a full recovery and I wondered how the animals were rehabilitated following surgery. After all you can’t give a dog an exercise sheet, send it to the local gym and tell it to follow instructions. I soon found out. Seven physiotherapists and eight hydrotherapy physiotherapists work on the animals. I met some of them during my tour of the hospital which has a hydrotherapy pool and a hydrotherapy treadmill. I also visited the recovery area, the preparation room where the animals are prepared for surgery area and the operating theatres. Everything was bright and shiny and very well-organised. Instructions were written on a large board so everyone knew what was going on. These were often replicated on the Perspex doors of recovery kennels and operating theatres. There are four theatres inside and a fifth one outside. Uniforms are colour co-ordinated to match the role each member of staff is performing. In the large preparation-room several dogs were being prepared for their procedures. As all the partitions are Perspex I was able to see into the operating theatres. I was reminded of my own surgery as I watched a surgeon drilling into the hip of a supine canine with a Black and Decker drill. 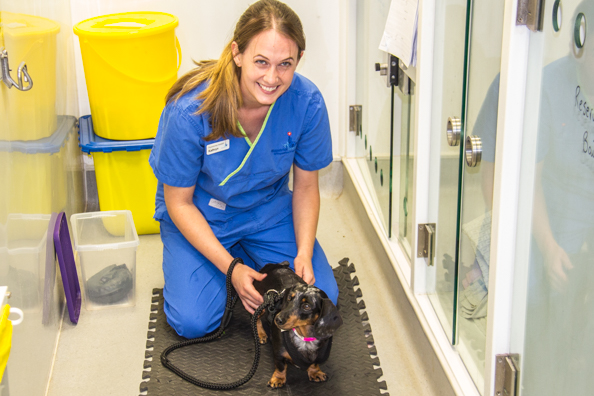 When I finished my tour I was introduced to the Supervet himself. We sat outside on the grassy area behind the converted farm buildings that now house the hospital. A new building is going up next to the hospital and this will be the centre of ongoing research and development – called FIRST (Fitzpatrick Institute for the Restoration of Skeletal Tissue). While we were talking I also learnt more about the charity Noel has founded, the Humanimal Trust. This is a charity to further research across species including humans. He believes in one species, the Humanimal, and that medical research will move forward more quickly with an inter-exchange of ideas. His objectives include the development of implants that will last a lifetime and research into stem cell growth. This will save money and more importantly the lives of thousands of animals sacrificed to research in the past. Now, thanks to improving technology, information can easily be downloaded and shared. 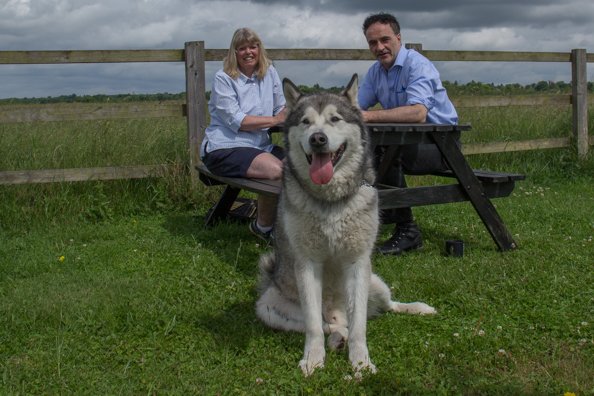 Noel also told me more about Adam’s surgery. He had taken scans of Adam’s knees and then, using a 3-D printer had replicated them as a model for his new knees. This meant that his new knees would be an exact fit when the diseased knees were removed. When Noel questioned me about my implants I had to confess that I knew very little. The only technical discussion between myself and Mr Skinner had been a reference to ‘bits of metal’. Adam could not ask questions about his implants. I could have but I had chosen not to. Both of us had trusted our surgeons and their teams and for both of us it was an excellent outcome. 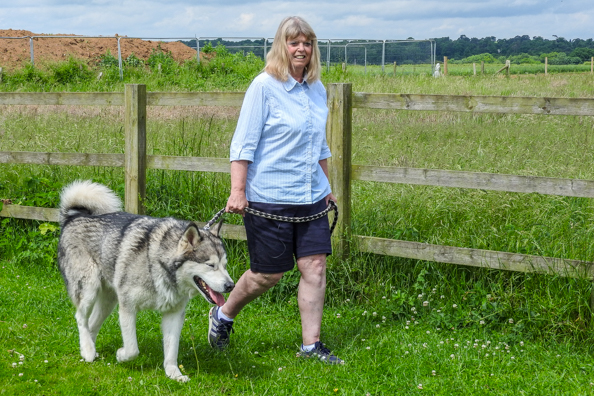