The Bridges of Busan in South Korea

Busan is the second largest city in South Korea. it sprawls from the foothills of the Taebaek Mountains to off-shore islands the largest of which is Yeongdu and a district of the town. I wanted to see as much as possible during the one day I was there. The Busan City Tour seemed to offer the best solution. The tour started at Busan Railway Station so I headed there on the metro. Underneath Busan is a rabbit-warren of tunnels – with lots of entrances from street level – that connect with the metro stations. It is just a question of following the signs to the station required and then buying a ticket from the machines at the station. A very helpful gentleman at the station pointed out the bus I wanted and I was soon sailing past the harbour and across the Yeongdodaegyo Bridge 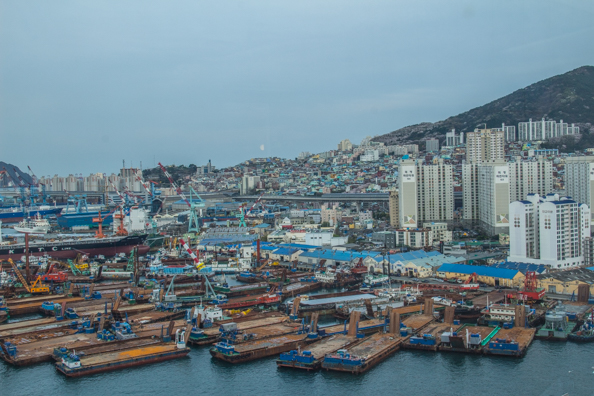 Busan is very proud of its bridges and the evening of my arrival I had taken the elevator to the top of the Lotte Mall where I had an excellent view of the town and harbour below. There were also information boards describing the bridges that cross between Yeongdu Island and the mainland. My bus tour crossed three of these bridges. Built in 1934 Yeongdodaegyo Bridge was the first bridge to be built connecting the island of Yeongdu-gu to the mainland. The bridge lifts to allow ships to pass between the south and north ports but this only happens once a day. Historically, this bridge has a poignant significance as it was here that refuges from the Korean war would wait for the parents and siblings from whom they had been separated. After driving around the island we crossed back to the mainland on the Gwangandaegyo Bridge (also called Gwangan-daero). This bridge is also a motorway and we were asked to put on our seat belts before we spiralled up the roller-coaster junction that took us on to the bridge. Stretching for over seven kilometres this modern bridge, that opened in 2002, is the second longest bridge in South Korea. At night the bridge lights up – its light exhibitions change with the season. From my elevated position, on top of the double decker bus, I could appreciate the panorama of the city surrounding me. 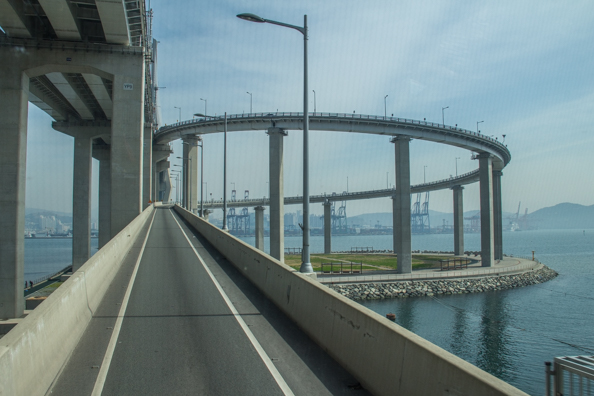 As the bus neared the end of its circuit (which takes over two hours) it crossed back onto the island and then back to the mainland on the Namhamdaegye Bridge. To get on to this bridge our bus first plunged into a tunnel before emerging on the bridge. The journey itself was a great experience and I was grinning like a child on a fairground ride as I approached the end of the circuit. I had not thought about getting off – I was enjoying the ride too much. I carried on to the end of the line and waited on the bus until its next circuit began. By then I had formed a plan. 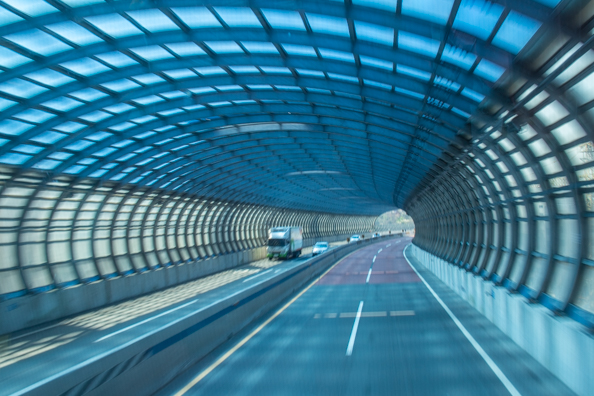 I had been tempted to get off earlier to explore the White Rift Cultural Village or Huinnyeoul Culture Village to stroll through the decorated buildings perched on the cliff edge and then join the Jeollyeong Coastal Walkway but I continued to Taejongdae Park. The cliffs in the park are famous because the Tsushima Islands of Japan can be seen from them. It is assumed the cliffs, and the park, were named after King Taejong (654 – 661) of Silla who had enjoyed shooting arrows into the sea from these cliffs after the unification of the Three Kingdoms. It is also said that King Taejong of the Joseon Dynasty regularly visited the area and that Magistrates of Dongnae used to hold rituals for rain in times of drought. Taejongdae is still famous for the ritual of praying for rain, performed when there are droughts. An overflowing bus park reflected the popularity of this park. I knew already that whole villages in South Korea hire a fleet of buses to go sightseeing together. Today this park must have been top of everyone’s list. A road train, the Danubi train, does run through the park but every time one passed me it was packed with people and there were queues at all the stops so I decided to walk. I set off up a gently ascending road that snaked through the famous pine forests on the cliff tops. Occasionally I would get a glimpse of the rocky landscape fringed by an azure sea below me. My first detour was up a short incline to visit Gumyeongsa Temple, a Buddhist temple. This temple was set amongst the trees and had a neglected air about it that added to its attraction. A little shrine there has a beautifully decorated interior. 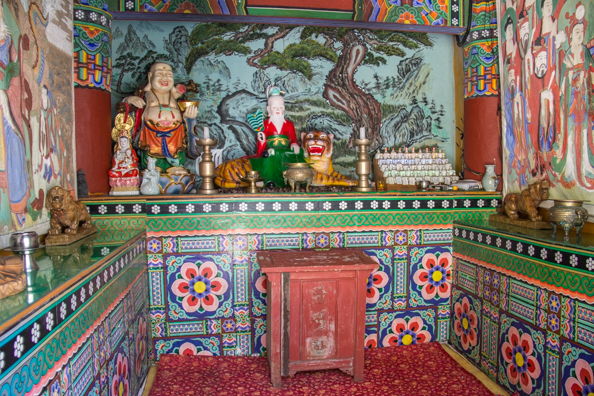 My next diversion was down a path to a small, pebble beach. It is from this beach that cruises around the headland depart. I climbed back up to the road and continued on my way. It was very pleasant strolling in the shade of the trees until I reached the Taejongdae Park Observatory. There is a statue at the entrance to the Observatory. Representing a mother holding two children in her arms and is called Mojasang in Korean which means mother and son it is a memorial to a tragic past here. Many people would come here to commit suicide and the broad rock beneath the building was once called Suicide Rock. Mojasang, created by the sculptor Jeon Roe Jin was installed in 1976. Since then the suicide rate has been significantly reduced and now, in happier days, crowds of visitors enjoy the views from the terraces of the Observatory. 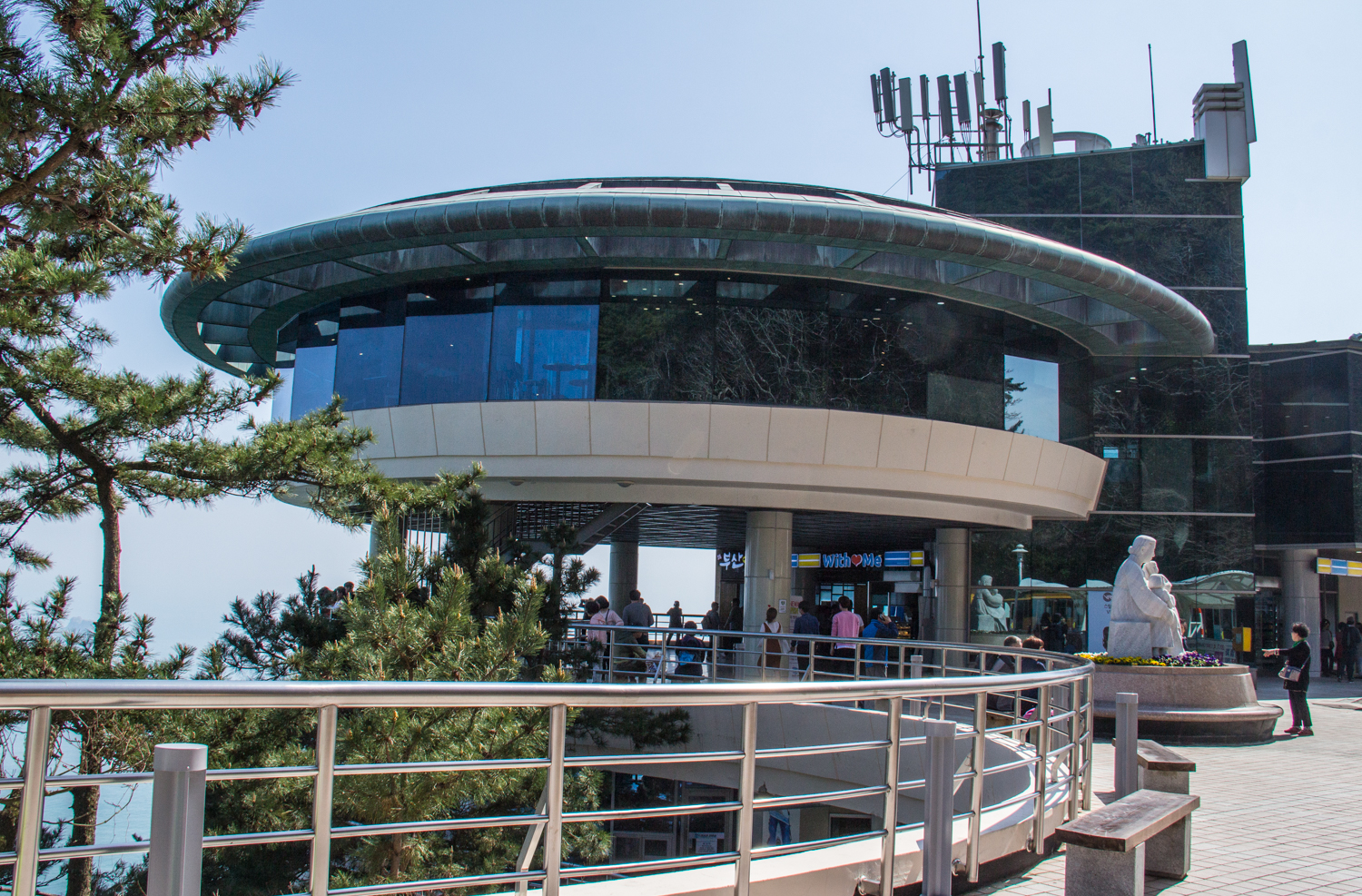 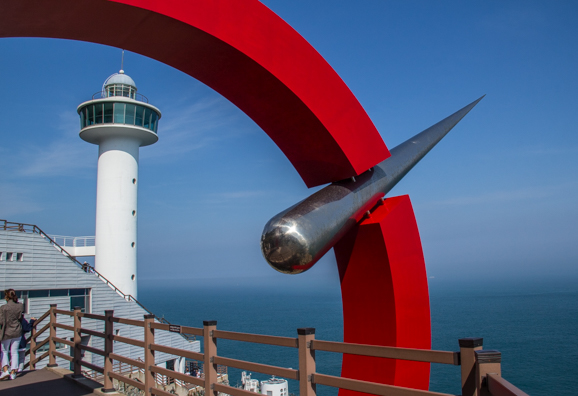 I did not have time to do the full circuit and visit the Taejongsa Temple so I turned back and scampered down the hill to the bus stop where I arrived at the same time as a Jumbo bus. There was no time to get off and visit the National Maritime Museum so I could only briefly admire the building that houses it. This museum opened in 2012 and the areas covered include sailing ships, maritime culture, industry, science, territory and plants. The inverted-triangular building resembles a water droplet from the sea and there is a Sky Park with an observatory on the roof. 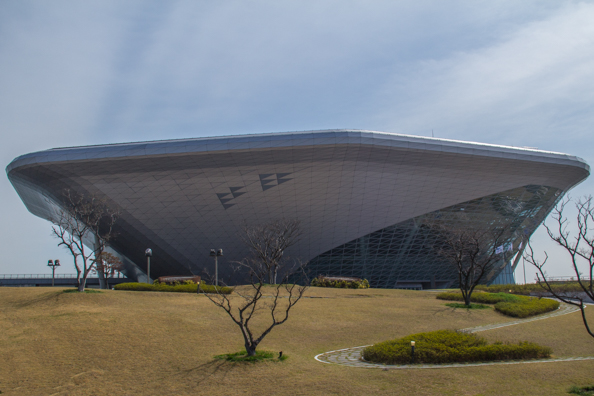 Walkways and observatories are regular features in Busan allowing visitors to get closer to nature. Visitors alighting at the stop overlooking the Oryukdo Islands can get a closer look at the islands from the Oryukdo Skywalk at the far end of the Songdo Beach is the Songdo Beach Skywalk from the beach to the lighthouse. This beach is very popular as it is close to downtown Busan. Opened in 1913 it was Korea’s first official beach and believed to the be named after the pine groves that bordered it. In 2000 extensive hurricane damage to this beach was repaired and the area was re-built with the inclusion of several fountains. The skywalk was added in 2015. Every year the beach hosts the Busan Sea Festival and the Hyeonin Singing Festival. 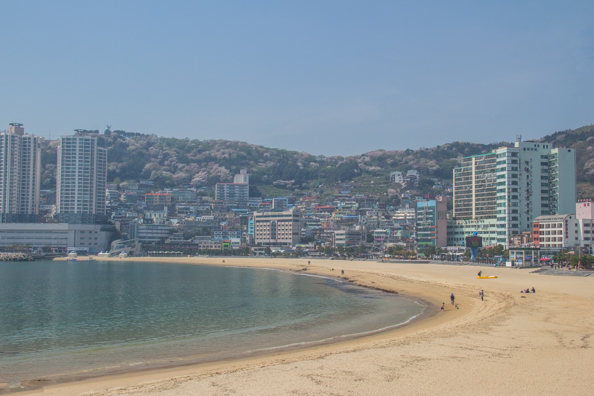 I alighted at the Jagalchi Market and strolled through this huge fish market. It is the result of a consolidation of several different markets that occurred after the Korean War. There are stalls both outside and inside displaying fish in tanks, wet fish, dried fish, shellfish and bizarre sea creatures some of which are given away free with every purchase. It is the the largest seafood market in Korea. The name is derived from the fact the majority of the people selling fish here are women who are referred to as Jagalchi Ajumma. Busan is home to a large variety of markets, large and small, over ground and underground. Markets have flourished here for hundreds of years for two reasons. Busan is a port city and has always attracted a lot of foreign buyers. During the Korean War its markets expanded as Busan was one of the few cities that was not invaded or destroyed. During the same period refugees flooded into the city and the markets were full of people buying the essentials. 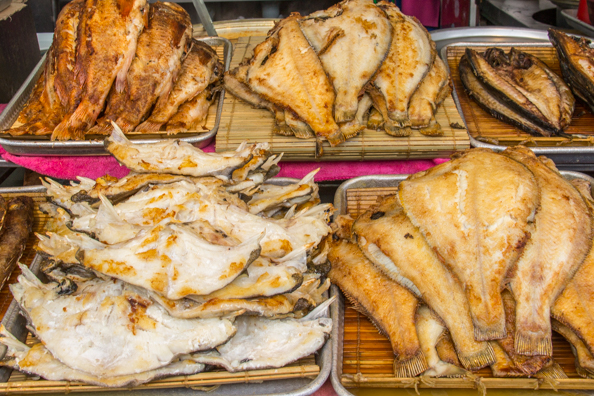 Now I had the challenge of getting back to my hotel. I went underground into the Nampo-dong Underground Shopping Centre which stretches from the Lotte Mall to Gate 1, the subway entrance closest to my hotel. As the signposting was good my strategy worked. The light was fading by the time I emerged onto the street again but there was just time to skip up the flight of steps that led to Yongdusan Park above my hotel, Towerhill Hotel. The park is on the summit of Yongdusan Mountain (49 metres). It is one Busan’s three famous mountains and its name means dragon’s head a reflection of its shape. It is home to a variety of monuments. From the top of Busan Tower visitors can enjoy a panoramic view of the town below. The unusual top of this tower is modelled on the baldaquin of Dabotap Pagoda in Bulguksa Temple, Gyeongju.  Other monuments include a Statue of Admiral Yi Sun-shin, Admiral Yi Sun-shin the Bell of the Citizens, a flower clock and a bust of the Busan-based independent activist, Baeksan An Hee-je. 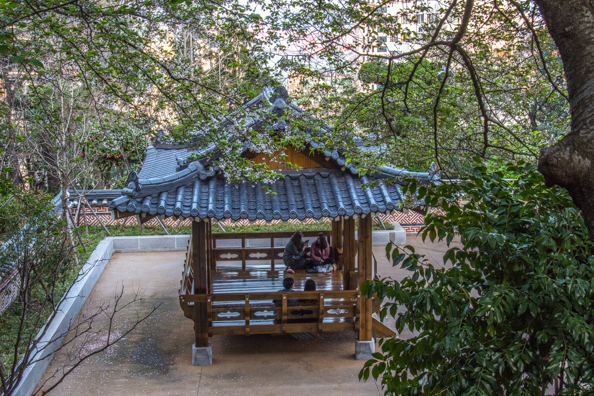 As the night drew in and the lights of the city below began to twinkle there was just time for one last view of the port and its bridges below me. It had been a memorable day, never before had I had such fun riding on a city bus tour. 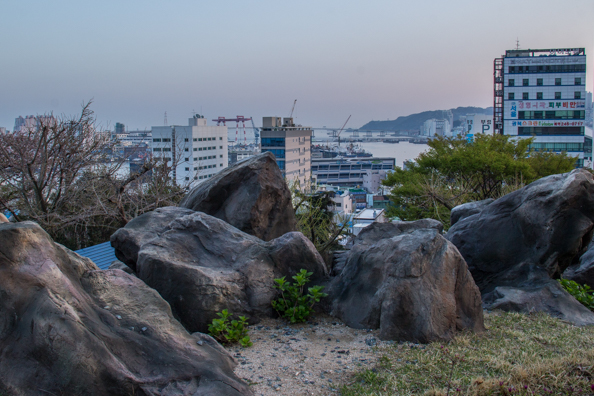