Tartu, the Cultural Capital of Estonia

Tartu, in Estonia prides itself on being the town of good or free thinking. Some free thinkers may consider the tradition of walking over the arch of the Kaarsild pedestrian bridge (pictured above) to prove that person is courageous is a good idea. Others may think this is dangerous and worthy of the fine that the police can impose. Somehow this town avoids extremes and produces interesting and harmonious projects. The Estonian National Museum, which opened in October 2016, is its latest triumph. 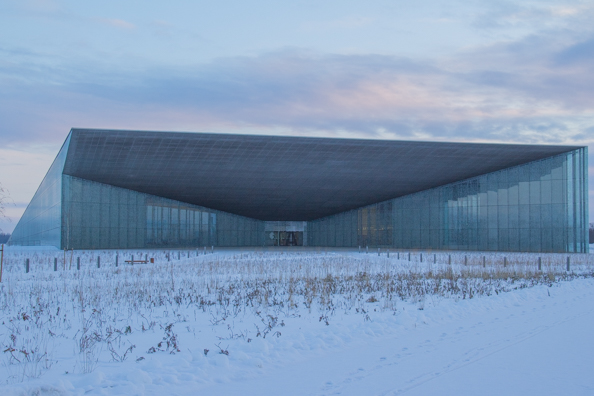 Various collections relating to the history of Estonia are now housed in a super-modern building that looks more likely to house space ships than historical artefacts. Visitors may wonder why this new museum was built on barren wasteland outside the city centre. This area is very much part of the history of Tartu as it was once an aerodrome. Air field Raadi (also known as Tartu Air Base) began operations in 1912 when Estonia was occupied by Russia. After Estonia gained independence in 1920 two hangars were built at Raadi and the airfield was expanded. In 1940 the Soviets took control and banned all flying. The Germans drove the Russians out of Estonia and began upgrading the airfield with a concrete runway. After the Soviets regained control of Raadi in 1944 the Luftwaffe bombed the airfield and destroyed several historical buildings. One of these buildings, Raadi Manor, housed the first National Estonian Museum. After the Second World War the airfield was expanded and became a secret Soviet air base. Tartu was cut off from the outside world and only permitted to meet family and friends once a year at a designated place outside Tartu. During that period large mounds were built around the airfield to conceal the aircraft using the base. 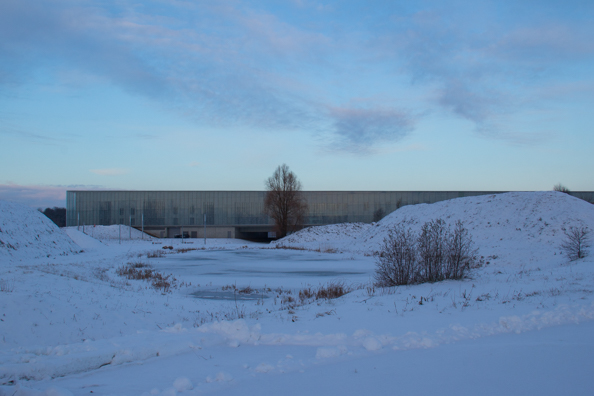 After Estonia regained its independence in 1991 the airfield was briefly used as an alternative to Tallinn airport before it was permanently closed in 1999. The land was not suitable for residential development due to the habit of lazy pilots dumping fuel before returning to base. However, it was suitable as the site for the National Estonian Museum. A competition was held to select the best design for this building and in January 2006 it was announced that the winning plan had been submitted by the Paris-based architects DGT. Their plan included the restoration of Raadi. This new museum has two permanent exhibitions, space for temporary exhibitions, a conference hall, a cinema, a restaurant and a café. traces the history, life and traditions of the Estonian people. The main hall traces the history and traditions of the Estonian people. Below that hall is an exhibition featuring other Finno-Ugric people and minorities in Estonia. 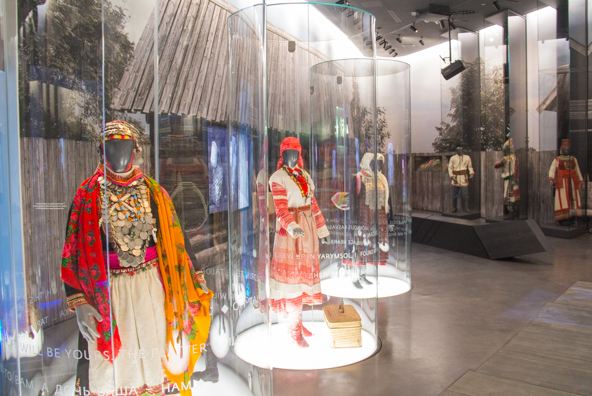 There is so much to see and do I could have spent a whole day there. The layout is unusual as there are tunnels and exhibits shrouded in lightweight curtains. I tried to outrun the spotlight that demonstrated a technique used by the Russians to watch people. I was fascinated by the bed that took a photo of anyone who lay on it. When they stood up their image remained lying there. One of the most inspiring exhibits is the original Estonian flag accompanied by information regarding its history. The Estonian flag of today was first introduced in the late nineteenth century and became a symbol of Estonia’s struggle for freedom. The use of the tricolour flag was banned during the Soviet occupation but in 1989 it was re-instated and once again is raised every day its flagpole on top of the Hermann tower in the capital, Tallinn. The three colours of the flag represent an affinity with nature, an important part of the Estonian culture. Blue represents the clear skis and Baltic sea, black illustrates the fertile soil and dark forests and white symbolises the white snow bright summer nights. 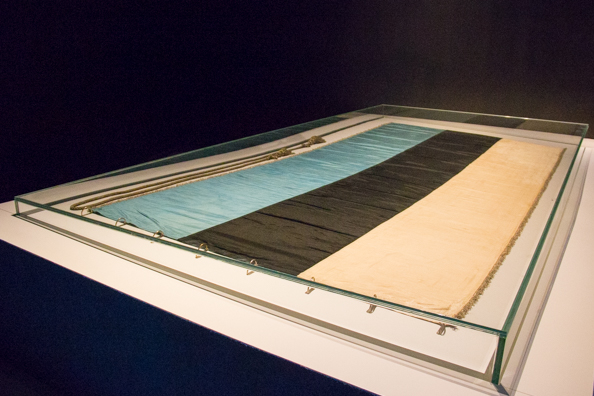 This national museum has been over one hundred years in the making. Collection of artefacts began at the end of the nineteenth century as a national campaign initiated by a clergyman in St Petersburg. In 1909 the ‘national museum’ was officially founded in Tartu. When the clergyman died the initiative foundered for a while wondering what to do with the thousands of private collections that had been established. It was decided because the majority of these collections had been established in Tartu that city should be the base for the National Museum. This museum was first established as a society and it continued as such until 1940 when a fund was started to build a museum. This fund raising was so successful that people were employed to tour the country taking photos. All good material for the museum that was finally completed in 2016. Tartu has long been considered the cultural capital of Estonia. 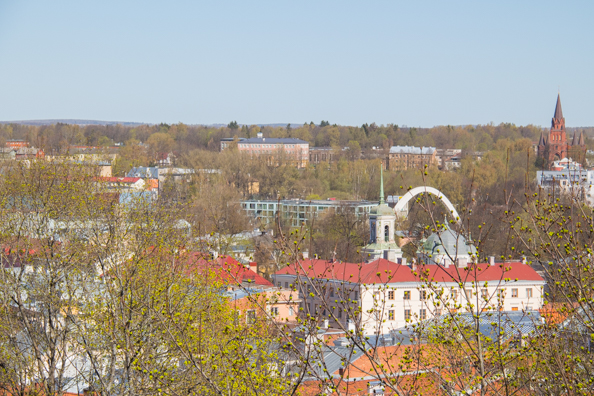 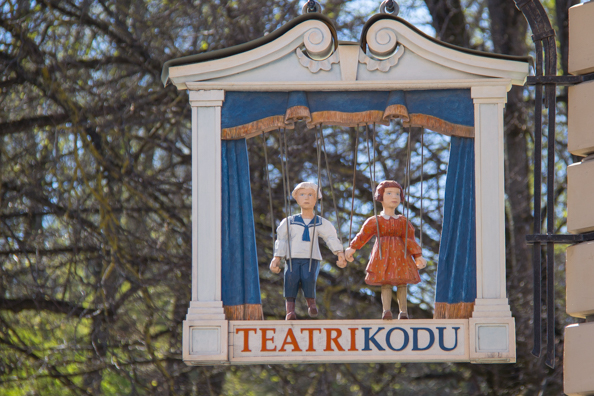 Teatri Kodu is part of the Toy Museum in Tartu. This museum occupies three old wooden buildings in the old town. The theatre stages its own performances as well as offering anyone the chance to use the theatre to stage their own creations and offers theatre-themed workshops for children. A museum of theatre puppets is housed in its basement which is also occupied by the remains of a medieval residence discovered during an archeological dig. The Toy Museum itself is delightful and interesting to adults and children alike. A chance for adults to reminisce and children to play. During the Soviet regime Estonia was famous for its production of home-made toys and in particular dolls and the museum traces the history of toy-making in Estonia until the industry declined with the arrival of mass-produced toys. My particular favourite in this museum is the teddy bears’ picnic. 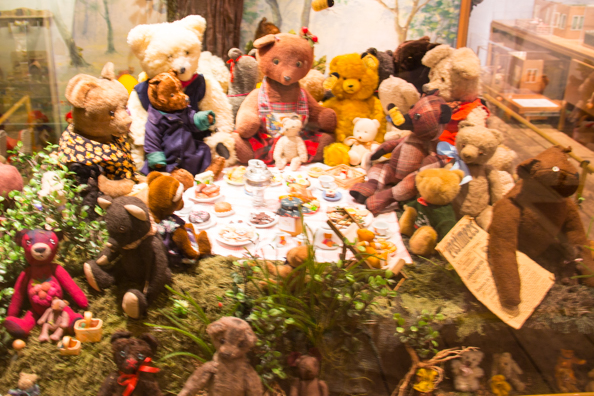 Near the theatre is an interesting initiative for the development of small businesses housed in an old building that was once a centre for the homeless. Estonia from the Inside is based in the Tartu Centre for Creative Industries and the Design House and operates as an incubator for new industries to help their founders to become entrepreneurs. It has been going for seven years. The centre is not really for tourists although it does have small shops on site. The incubation period is two years during which time the budding entrepreneurs must push their income to at least the minimum turnover level for survival. A second, similar project, is close to the largest district of wooden buildings surrounding Karlova Manor in Tartu. Karlova Manor is one of the original eight manors that made up the feudal town of Tartu and one of the two remaining manors. This second initiative has the same aim but exhibits a very different approach. A large Soviet building, too large for a modern business has been renovated and is now let to small, artisan workshops and larger, established businesses. The former pay a much lower rent but their premises are more basic than the latter. This hub of creativity, Aparaaditehas (the Apparatus Factory), includes a Printing and Paper Museum, a café and a very old-fashioned bookshop with shelves crammed with hundreds of books published during the Soviet regime that have been been thrown away by public libraries. 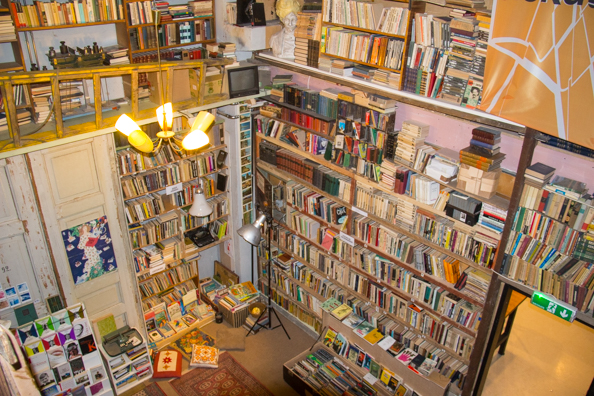 There was just time to visit St. John’s church (Lutheran), a Jaani Church that was built in the fourteenth century as a basilica with three naves. It is one of the most valuable monuments of Gothic architecture in Europe. Both the inside and the outside of the church are adorned with over one thousand terracotta figures. This church was re-opened to the public in 2005 after extensive renovation. 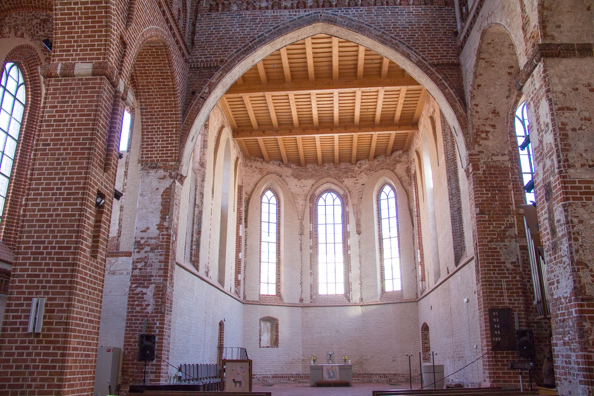 That evening I was to discover the creativity in Tartu extends beyond art, buildings and artefacts when I sampled some dishes from the very creative menu available at Chez André. It was a delicious end to a very diverting day. 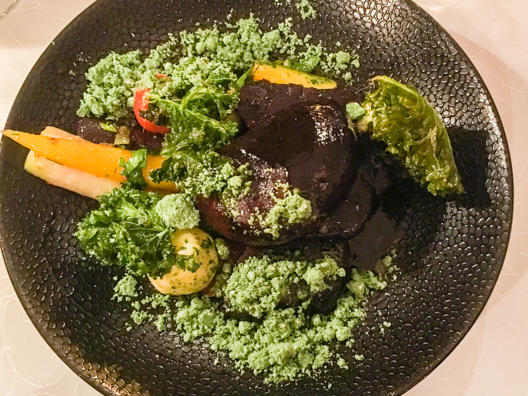