Folgaria - a Fun Place to Ski in Italy

Folgaria is simply that – a fun place to ski. This attractive Italian resort has five ski areas and one of them, Costa, is accessed by the tourist train that runs regularly throughout the day. The only place I know where a little road train transports tourists and skiers. The latter are free with the ski pass. are several stations in the town and the terminal is close to the ski area. Costa is linked to the four other ski areas of the resort, Fondo Grande, Fondo Piccolo, Serrada and all linked by runs and lifts. 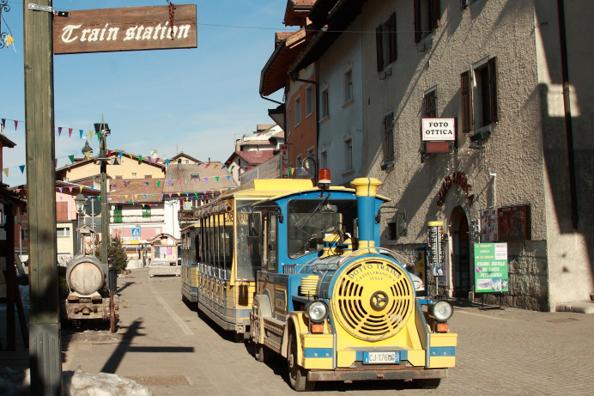 Folgaria and two other towns, Lavarone and Luserna, form the Alpe Cimbra a border region that was once part of the Austro-Hapsburg Empire and still has evidence of the fighting that took place in the region during the First World War. Now many of these landmarks have become museums and exhibitions where history is re-visited and ancient traditions have been revived. The area is excellent for walking in the summer and also, as we discovered, as an after dinner adventure to gain a vantage point above Folgaria. We set off from the town centre after dinner and followed a track that wound its way up through the woods before emerging on the hill above the town. Torches illuminated our way and as we marched across an open space carpeted with snow our conversation was punctuated by shrieks of laughter as people stumbled into the snow or gave into childish instincts tp play ‘fallen angels’. On our return to the town we enjoyed some warming vin brulee (mulled red wine) and some invigorating music. 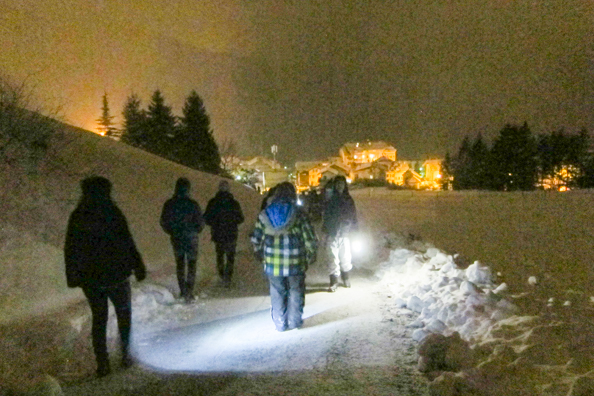 During the day we found plenty to do on the slopes as the skiing is very varied and it is fun making your way from one ski area to another. Costa and Serrada are linked to the other ski areas by a moving carpet that goes through a tunnel. Music is played to entertain you as you travel along it. If you want a challenge you can take one of the two black runs from the top of the Martinella Chair in Fondo Grande. The easy way down is a lovley blue run that winds its way down to Fondo Grande round the side of the mountain. The top of Sommo Alto also offers some interesting alternatives – a tricky red to the bottom of the Fondo Grande – Sommo Alto Chair Lift or a long blue? The choice is yours. 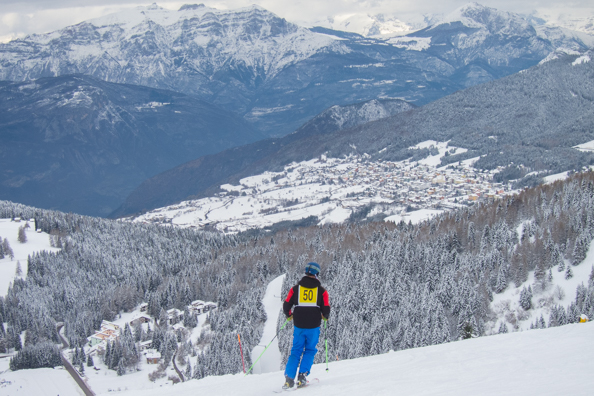 For lunch every day we met at Stella d’Italia a mountain restaurant run by a charming couple, Claudio and Francesca, and the source of good, hearty food. The rosti was particularly good and I have to confess to having chosen that dish five times during my stay. The sight of two perfectly fried eggs balanced on top of a large portion of fried potato and onion and ringed with several rashers of grilled bacon was irresistible. We also had one evening meal there and our host collected us from the bottom of the slopes and drove us up to the restaurant in his snow cat. It was a thrilling experience and an excellent evening. We learnt more about the history of the restaurant. It was built in 1905 and used as an operational base for the construction of the Fort of Sommo Alto just above it. When the First World War ended it was used as a shelter by shepherds grazing their flocks on the summer pastures. After that it had a variety of owners until 1947 when, following the construction of the Francolin Chair Lift it was in the ideal position to offer refreshment to winter sports enthusiasts. Since 1984 it has been run by Claudia and Francesca – Francesca is English so we felt an immediate affinity with her. We also met Oliver, their Old English Sheep Dog, who refused to be banished from the dining area once he realized we could be relied on for tasty titbits. 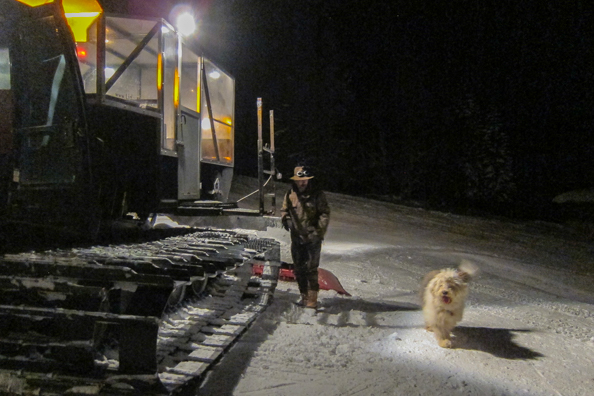 But above all Folgaria prides itself on being a ski area that is available for everyone to ski – the able-bodied whatever their standard and the disabled. Several ski schools based in the different ski areas offer excellent instruction with English-speaking instructors. Group lessons (3 hours each morning for 5 days) and private lessons are available and several of my companions took advantage of these. In particular, the ski school, Scie di Passione is based at Passo Coe specialises in skiing for the disabled. Roger, a recent below the knee amputee, was soon able to ski with the group thanks to a lesson from one of their specially qualified instructors – an achievement that was beyond his expectations when he arrived in the resort. 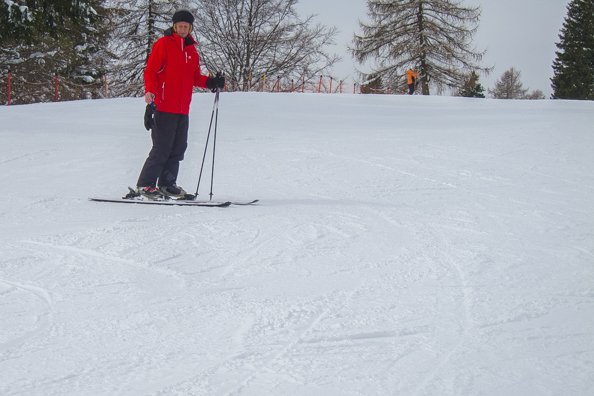