The Italian region of Trentino in the Dolomites has some of the most majestic scenery in the world. This has been recognised by its creation as a UNESCO heritage site. The wide variety of crops that thrive on its mountains and in its valleys support a very traditional cuisine. The plains and lower slopes are carpeted by fields of vines intermingled with patches of kiwi fruits. The latter were exported from New Zealand twenty years ago and thrive in the Mediterranean type climate in the Valley of the Lakes. which includes the largest lake in Italy, Lake Garda. 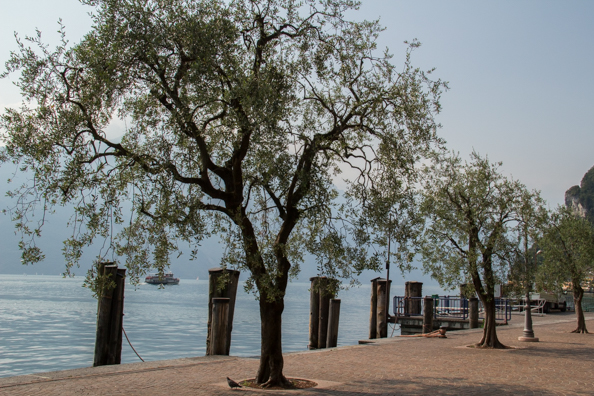 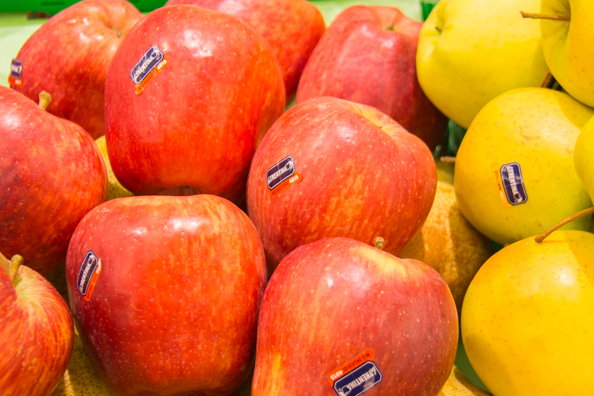 Melinda is based in the Val di Non where a unique microclimate, wet in spring and dry in winter, and altitude (500 – 1000 metres above sea level) provide the ideal conditions for growing apples. Apples have been grown here for over two thousand years and they are in a class of their own – colourful, fragrant and crunchy. The growers concentrate on keeping their production methods as organic as possible and with this common aim decided to work under a common brand name, Val id Non apples, that would be easily recognised by consumers. Discussions were helped by the fact that many of the small scale fruit growers here had already organised themselves into a cooperative. Melinda has been registered globally as a collective mark which, among other things, distinguishes the geographic origin. It also requires strict adherence to specified standards. Melinda is a combination of the Italian words mela meaning apple and linda meaning clean and is owned by the cooperative Melinda. Val di Non apples has also been registered as a Protected Designation of Origin under European Union legislation. Consumers quickly recognised the brand and Val di Non apples now comprise 60% of the total apple production from the Trentino region. New varieties have been added to the brand and new products such as apple juice and apple snacks have been introduced. The Melinda Consortium has opened a visitor centre, MondoMelinda, where visitors can learn about the production of apples and taste the Melinda specialities. 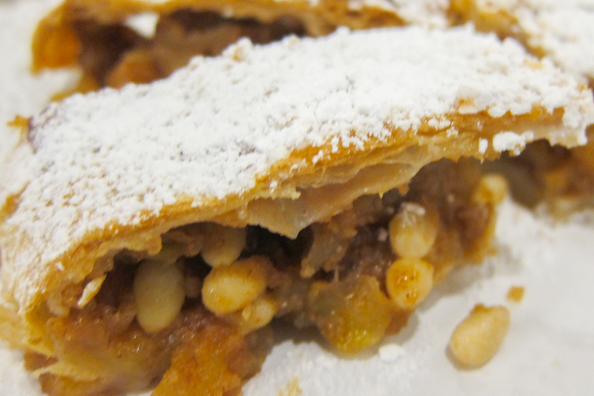 The most popular use of apples in Trentino is making apple strudel or strudel di male. This does not spring to mind as a typical Italian cake as the name is not Italian and it is more generally associated with Austria. Geographically Italy is close to Austria and historically it was once part of the Austro-Hapsburg Empire. It became part of Italy at the end of the First World War. It is therefore not surprising that this dish has become so popular in Trentino. To make the dish apples, pine nuts and raisins or currents are traditionally rolled up in paper-thin pastry. Sometimes it is made with puff pastry or encased in short crust pastry. 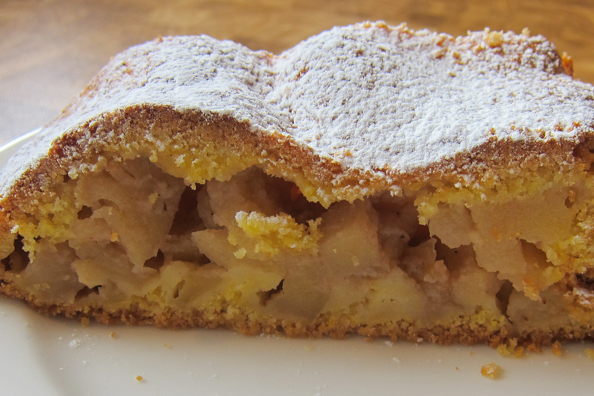 As a dessert it is served with a thick vanilla sauce but it is also pretty good on its own. Apple cake is also very popular as the addition of apple to a sponge based cake makes it very moist. I really enjoy the version with sultanas – a good accompaniment to my cappuccino for breakfast 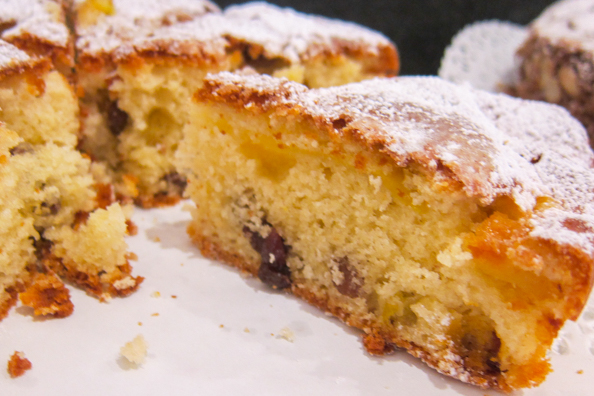 Another favourite dish of mine that features apples is the creamy apple and champagne risotto made by the Hotel Lorenzetti in Madonna di Campiglio. Its restaurant is famous for its traditional gourmet food. 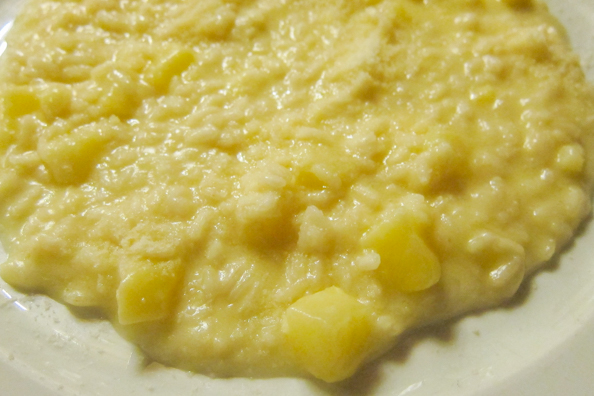 The inhabitants of Trentino know how to grow apples and create lovely dishes from them and they also know how to celebrate their apples. Two festivals are held every year. The arrival of spring when the valleys are a riot of apple blossom is the time for Aprile Dolce Fiorire (Sweet April Blossoms). A programme of events including walks, cooking demonstrations and a fair are organised over a period of nearly three weeks. In 2016 it takes place from 15 April to 2 May. It will include the Quattro Ville in Fiore (four villages in flower) walk that features some of the most beautiful castles in the area. The great apple harvest festival, Pomaria, is held in the autumn during the second week of October to celebrate the newly harvested Melinda apples, traditions and local food. Its name comes from the Latin word pomarium meaning orchard and honours Pomona the goddess of orchards. During this event the streets in the town centre of Casez are alive with music – a cheerful background to demonstrations of old crafts and trades, market stalls and an apple exhibition. Apples can be picked off the trees, classic strudel can be baked and other local delicacies can be sampled. In my next post I will be looking at some other traditional foods – meanwhile I leave you with another delightful creation including apples – chocolate, almond and apple cake. 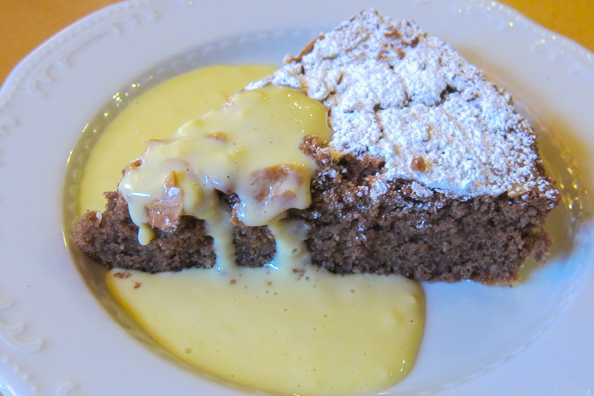