The cuisine of Trentino, a region in Northern Italy can be has three themes, comfort food, apples and ham and cheese. In this article I will consider its comfort food and in particular polenta. 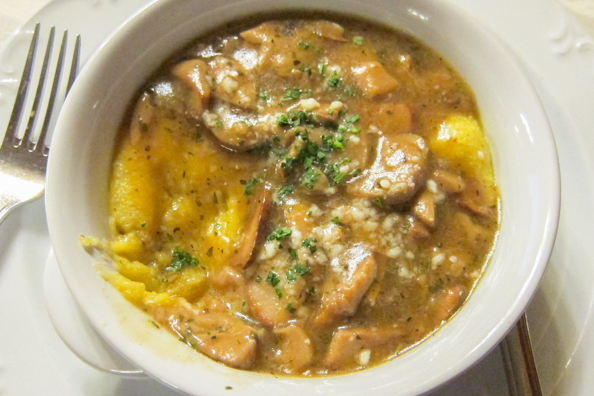 Although Trentino is a relatively new region of Italy having been ceded to Italy after the First World War one important aspect of its cuisine, polenta, is rooted in ancient history. Roman soldiers marched on polenta, peasants thrived on it and locals and visitors still enjoy this traditional dish. Especially in a mountain restaurant on a cold winter’s day. 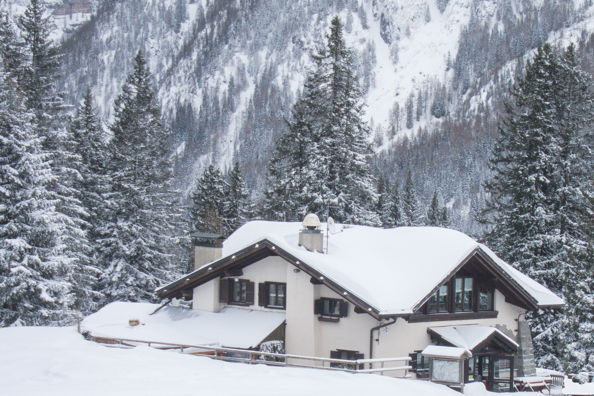 Val Rendena is also known as Valle della Trisa as its inhabitants used to make polenta every day and it was customary to use a trisa, a large wooden spoon shaped like a paddle, to stir the polenta. The name trisa is derive from the Italian verb trisare, to stir. A paiolo (a large copper pot that resembles a witches’ cauldron) is used to make large quantities of polenta. Copper pots and pans are used because copper spreads the heat evenly. The traditional method of cooking polenta is very labour intensive because once the flour has been added to the boiling water it has to be stirred continuously until it begins to curl away from the sides of the cooking vessel which indicates that it is ready. This process takes about fifty minutes. 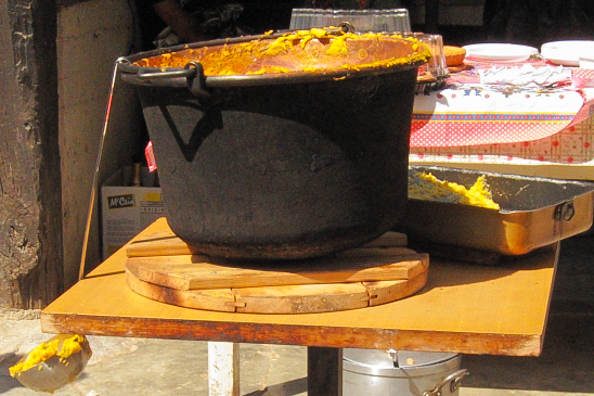 In ancient times, when polenta was the staple diet of the poor, it was made from a powder mixed into a paste using water and then baked on a hot stone over a fire. At first this powder was made from the grains of wild grass but as farming techniques developed primitive cultivated grains and also pulses such as chick peas and broad beans were also used. Indeed, anything that was edible and that could be ground into a powder would be used. In Trentino this would have included chestnuts especially in places such as Carisolo, a small hamlet in Val Rendena, which was once surrounded by a large chestnut wood. According to legend this practice ceased due to the superstition that having fed the excess chestnuts to their animals during a glut the following year they had been punished by a famine. When the priest arrived the next spring to bless the land in the hope of a good harvest he asked them if they would be feeding chestnuts to their animals again and the response had been a vehement no. 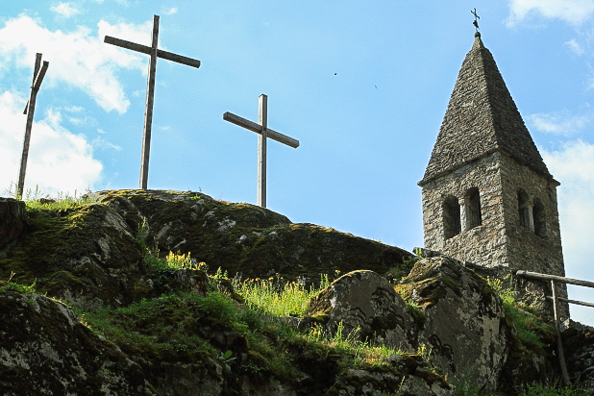 During Roman rule polenta (then known as pulmentum from the pulses that were used) was the staple diet of the Roman Legions when it was eaten either as porridge or in cake form. The inhabitants of Northern Italy did not adopt improved milling techniques that produced better flour for the baking of bread preferring a coarse grind for their polenta which remained a favourite due to its simplicity and tastiness. A tradition that continued for a long time until the arrival of buckwheat started a revolution in the processing of polenta. Buckwheat or grano saraceno was brought to Italy by the Saracens through the trading routes established in the Mediterranean by the then powerful Italian cities on its coastline. It is an herb rather than a grain and it is full of nutrients. The flour from this plant is grey or black in colour and hence the name as the Saracens had dark skin. 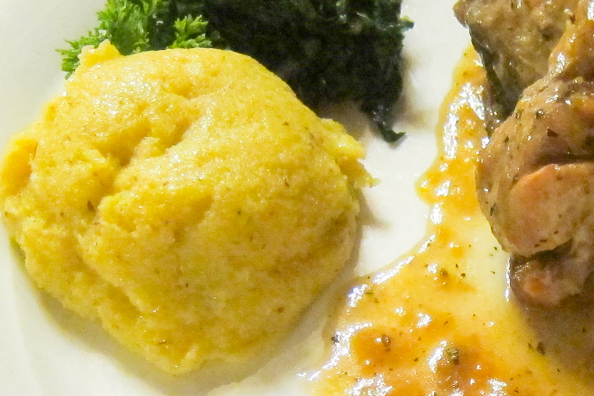 When a new crop, maize or grand truce, arrived in Italy from the New World (the Americas) during the sixteenth century it soon became clear that the conditions in Trentino were ideal for growing this profitable crop and it was soon being grown everywhere. This meant the peasantry had to use maize to make their polenta. It did not have the nutrients of earlier forms of this dish but it was still tasty so poor people continued to eat it even though their health deteriorated as a result. Polenta is still a major component of Italian cooking and in some areas it is cooled and sliced and eaten as a supplement to a meal instead of bread. Nowadays it is usually made from a special flour, often a mixture of maize and grano saraceno producing a tasty accompaniment for stews, melted cheese or mushrooms. Traditionally the polenta was poured onto a wooden board, a tavello which is then set in the centre of the table and participants of the meal take a slice each. 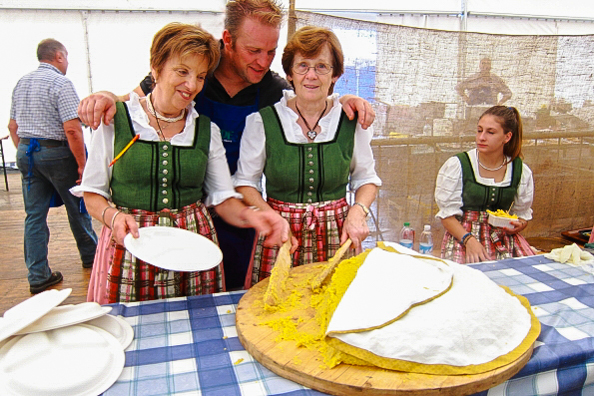 At large gatherings and on special occasions this dish is cooked and served the traditional way but it is very versatile and once cold it can be delicately sliced and layered with parmesan cheese to make a starter in top class restaurants. It has even been used to flavour ice-cream! 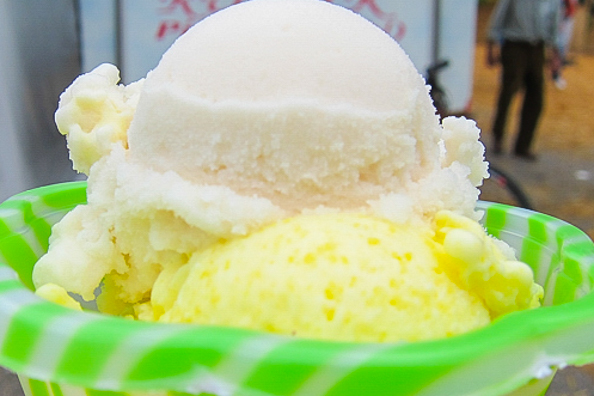 One common accompaniment to polenta is goulasch a dish not generally associated with Italian food. This dish originated in Hungary and was first prepared by cattle and livestock herders of gulyas from whom, it is thought, the name derives. As far back as the ninth century the Magyar or Hungarian shepherds would cook a stew until all the liquid had been absorbed and then dry it and pack it up and take it with them while the tended their flocks. When they wanted to eat they would add water to the stew. Trentino was once part of the Austro-Hungarian Empire which no doubt influenced the current popularity of this dish especially as Emperor Franz Joseph himself was known to have visited Madonna di Campiglio in Trentino. Goulasch stew and goulasch soup are still popular dishes in the area and particularly in the mountain restaurants. 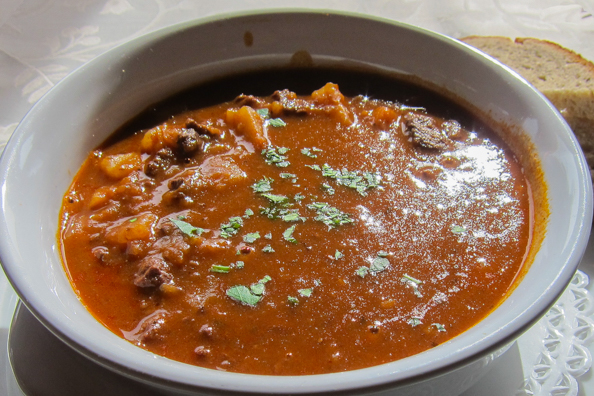 Goulash is also sometimes served with canederli or bread dumplings another dish that is particularly well-known in Trentino. Canederli, also known as knödel, is a culinary tradition that is also shared with its neighbour, Austria, and similar dumplings are made from Germany to Slovakia. They are usually flavoured with speck, a slightly smoked, dry-cured ham similar to bacon. They are boiled and then served in a broth or with melted butter. There are several different methods that are used to make these dumplings which were often a means of using up stale bread but the main aim is to moisten the bread evenly without producing excess liquid. Traditionally poor people ate this dish on Tuesdays, Thursdays and Sundays but speck was only added on Sundays and feast days. When times were hard the diced speck was replaced with turnips. Canederli were eaten in soup as the first course and then dry with vegetables as a main course. Cutting these dumplings with a knife was considered an insult to the cook as tradition demanded they should be broken with one fork. 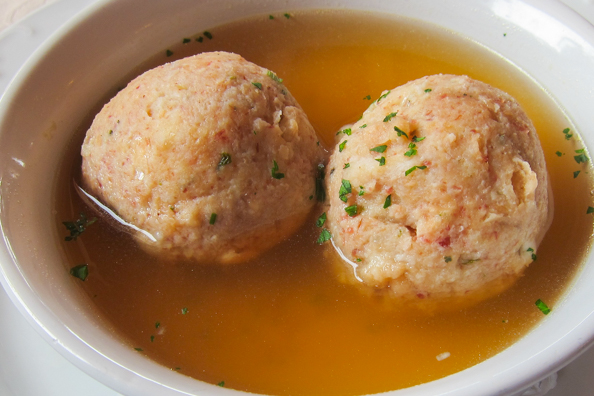 In Trentino every traditional dish has a story and next week I will be looking at the influence of apples in the region.