I was browsing through my photos when I came across this image and it reminded me of a very special walk on the island of Brownsea in Dorset to watch the red squirrels gathering nuts for the winter. And we did actually see red squirrels busy in the woods that cover a large proportion of the island. 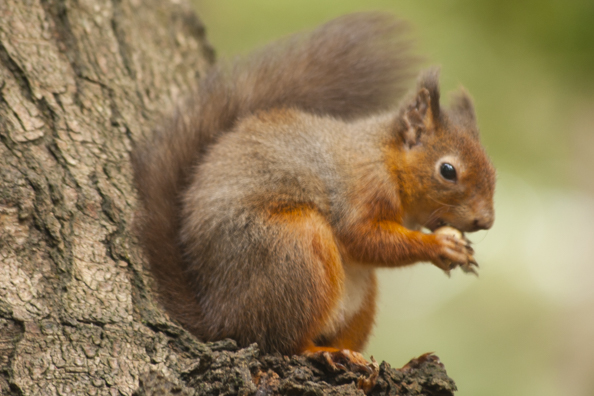 Brownsea island is situated in Poole Harbour the largest natural harbour in Europe and only accessible by boat, distinctive yellow boats from either Sandbanks or Poole quay. Although the island is closed to the public during the winter months the National Trust, the owner of the island, does organise some special events such as Christmas walks on the island and Bird Cruises around it. Check their website for dates of forthcoming events. 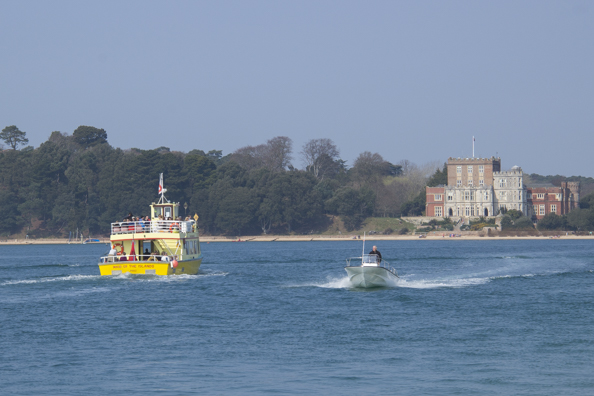 Strategically placed at the mouth of the harbour the island has a fascinating history that ranges from military stronghold, industrial site and stately home before attaining its present state, a sanctuary for wildlife. 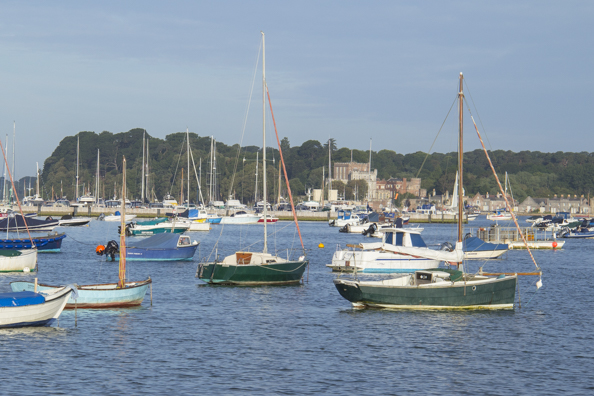 The island has been inhabited since the fifth century BC and the earliest evidence of human activity, two sections of a log boat were recovered from the vicinity of the island by a dredger in 1964 can be seen in Poole Museum. This museum also has a large display of pottery for which the area was famous and in the mid-19th century Colonel William Petrie Waugh bought the island because they thought they would find high quality china clay there. In preparation to the making of their fortune they built a large pottery, a horse-drawn tram to transport the clay to the pottery, a model village, the church of St Mary and gave the island’s castle a make-over with a new Tudor-style façade, a gatehouse with clock tower and a pier with castellated watchtowers. 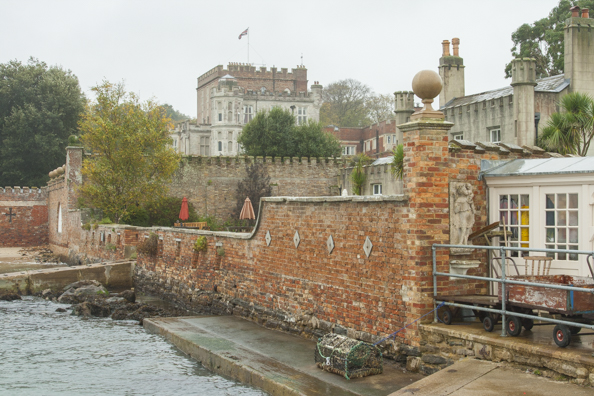 But the Branksea Clay & Pottery Company which employed more than 200 people, many of whom rowed over from Studland every day, was destined for failure. The clay was unsuitable for making fine china and the production of pipes and terracotta chimney pots was unprofitable so after only five years Colonel Waugh claimed bankruptcy, emigrated to Spain and Brownsea Island was put up for auction. The church of St Mary is still active and a lasting legacy to this owner. 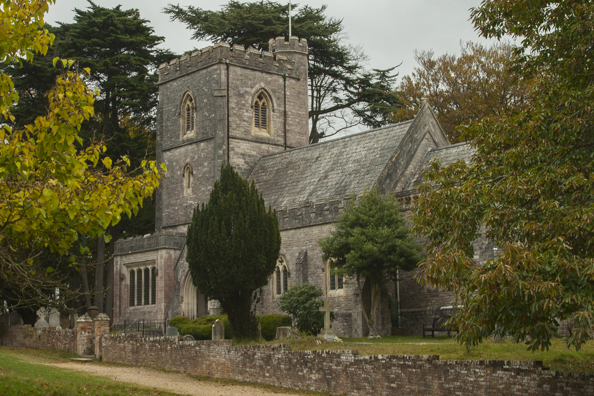 The island remained in private ownership. The Honourable George Cavendish-Bentinck MP used it as a farm and re-built the castle after it was destroyed by fire. At the beginning of the twentieth century he sold the island to the van Raalte family to be used as their country retreat – and the island enjoyed a period of prosperity and grandeur numbering among its guests Guglielmo Marconi, who for many years conducted his experiments with wireless telegraphy at the Haven Hotel opposite Brownsea. It also hosted the first scout camp in 1907 organised by Baden Powell and the pre-cursor to the scout movement. The island had a kitchen garden, a dairy herd and daffodils grown there were harvested and sold at Covent Garden. This provided work for those who had settled there to work in the ill-fated pottery factory. It was a small and closed community which had its own band. The latter was so important that newcomers were only allowed to work there if they could prove they could play an instrument. But brought to an end by the Great War in 1914 and of the thirty Brownsea islanders who went to war only six came back and in 1927 the island was put up for auction and bought by the reclusive Mrs Mary Bonham-Christie. Opposed to the exploitation of animals the new owner banned fishing and allowed the farm animals to roam wild and the island gradually reverted to natural heath and woodland. A process speeded up when the island was bombed during the World War II destroying the estate cottages. When Mrs Bonham-Christie in 1961 the house had to be sold to meet the death duties and rumours abounded of plans to develop the island as a marina surrounded by luxury housing which was opposed by a local action committee. Eventually the Treasury accepted the island in lieu of death duties and the National Trust agreed to take over responsibility for it provided funds could be raised to restore the overgrown island. A nationwide campaign was successful in raising the funds required and the John Lewis Partnership was particularly generous and repaired Brownsea Castle which it still rents from the Trust as a hotel for its employees. On 15 May 1963 the island was opened to the public. 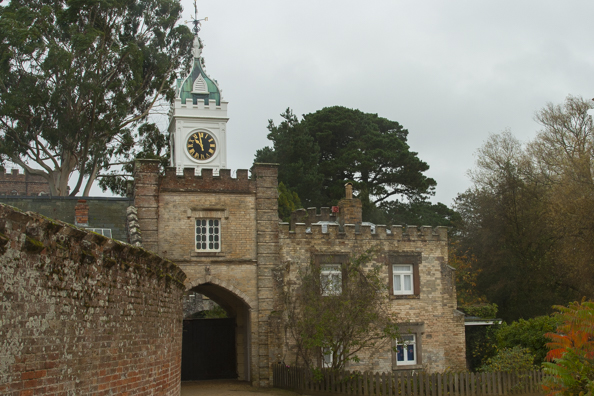 The island now features a nature reserve that includes the red squirrels’ pine woods, a walled lagoon and alder carr (permanently flooded woodland) that is leased from the National Trust and run by the Dorset Wildlife Trust. The trust offers guided walks during the summer and also provides hides from which visitors to the island can observe the huge variety of birds – both resident and migratory. 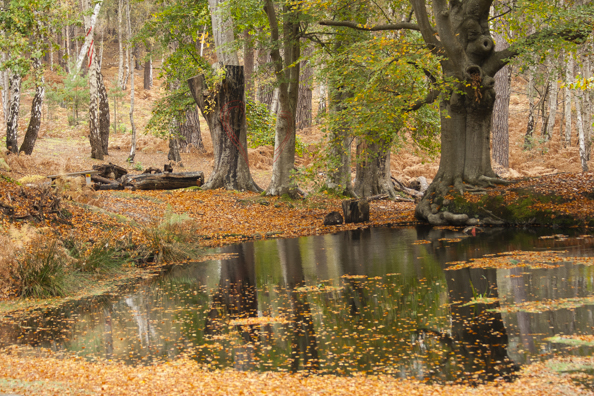 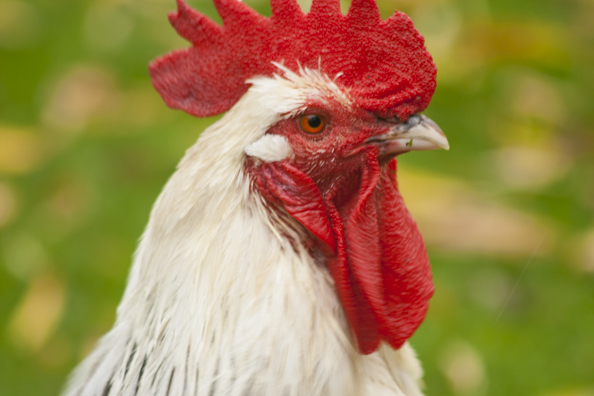 And some of the more exotic imports that include the descendants of an ornamental group of peacocks and sika deer brought to Brownsea Island from Japan in 1896. These deer discovered they could swim across to Purbeck Island and having established large herds in southern England are now the second largest breed of deer in England. 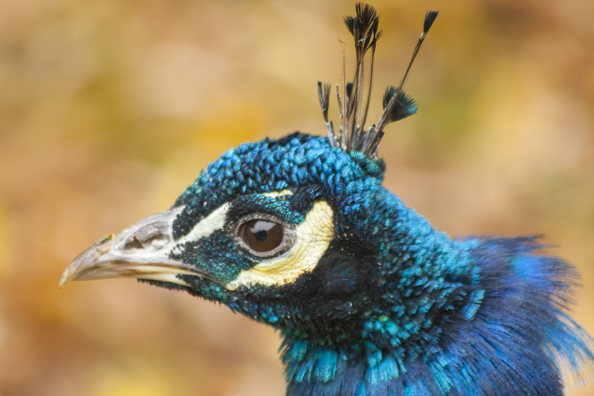 Brownsea Island is also a haven for red squirrels whose habitat on the mainland has been destroyed by the grey squirrel. 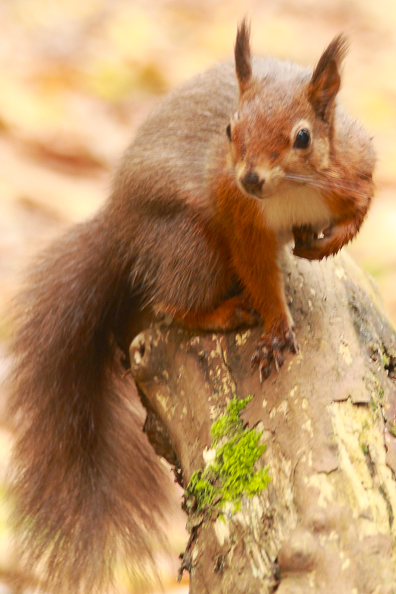