Field after field of olive trees carpeted with colourful wild flowers and mile upon mile of beautiful natural coastline is my overall memory of this beautiful region but my recollections do not end there. 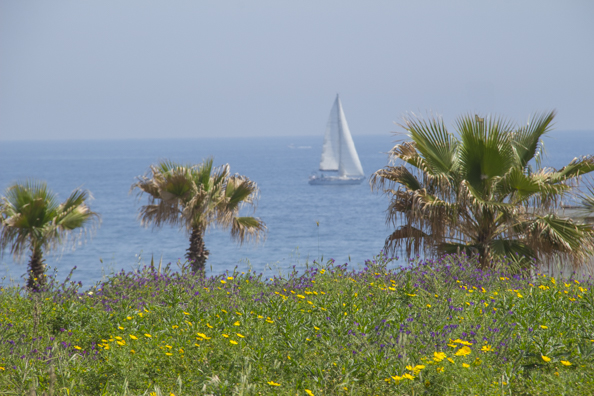 It was such a pleasure to start the day with breakfast in the main square of the old town of Monopoli, Piazza Garibaldi, where I sat outside the popular bar Premiato Caffè Venezia. The early morning air was fresh and in the quiet of a town about to wake up I would plan my day as I sipped my latte macchiato and sampled the pastry of the day. 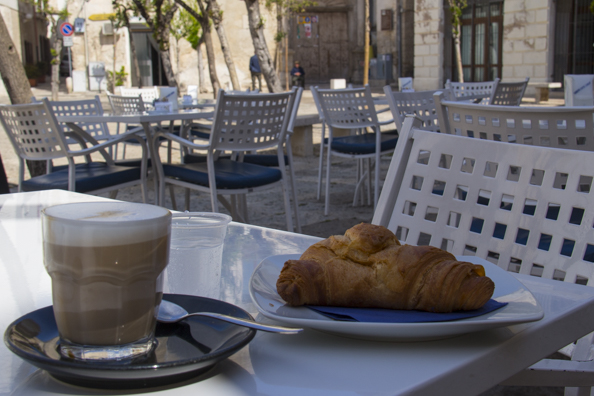 Strolling through the narrow streets of the historic centre of Monopoli, a pleasure in itself but then I came across a local band on the march. I followed them and was amused when they got lost and put down their instruments to consult a map and passers-by. A few streets further on and their way was completely blocked by a delivery van. They waited until the van finished unloading before picking up their instruments again. When they entered the main square it was full of protestors and the music stopped again. I left them relaxing in the sun waiting to see what would happen next. 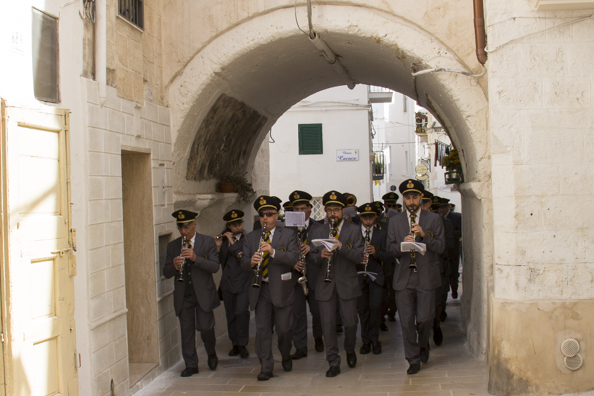 My first sight of the charming old fishing port in Monopoli where the small blue fishing boats rocked gently on the calm water as the fisherman stowed nets and unloaded their catch. The beautiful buildings around me were reminiscent of former glorious days when the town had been a part of the powerful Republic of Venice. 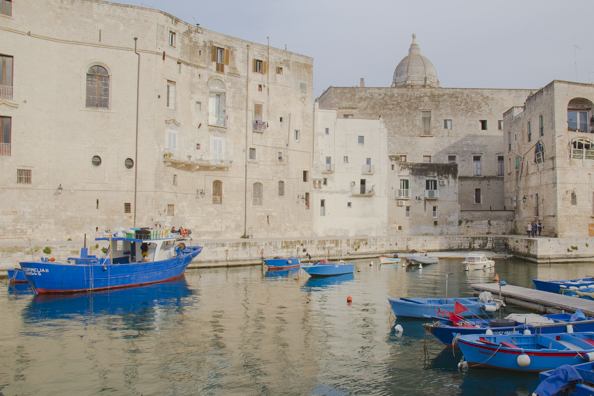 My first sight of a trullo in Puglia was from the bus taking me to Alberobello where there are whole settlements of these single-storey dry-stone walled buildings. These quaint little buildings are thought to have been built to avoid taxation when Puglia was part of the kingdom of Naples as they could be easily dismantled when the tax man came to assess the levy to be paid. I felt as though I was on a film set as I strolled through streets lined with these strange buildings now firmly held together with mortar and many housing small souvenir shops. I also discovered them scattered around the town and the countryside where they are still used as houses and holiday homes. 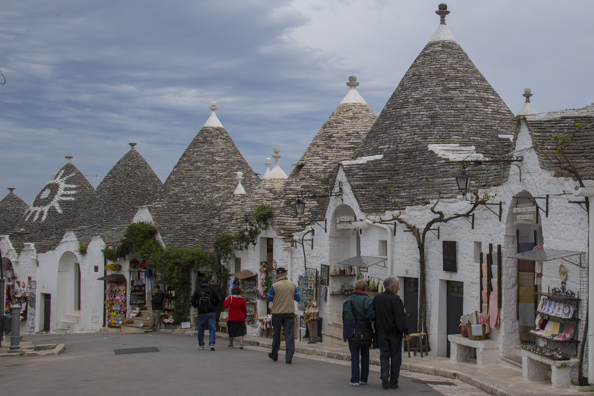 Finding myself completely on my own in the large piazza in front of the Cattedrale di Santa Maria Assunta in Lecce. I had arrived just before the cathedral closed and had explored the interior before joining the mass exodus as the building closed. Within minutes the whole piazza was deserted and sitting in solitude on the steps of the 18th-century Seminario I could enjoy the sight of the splendid Baroque buildings around me including the cathedral, its bell tower and the 15th-century Palazzo Vescovile (Episcopal Palace). 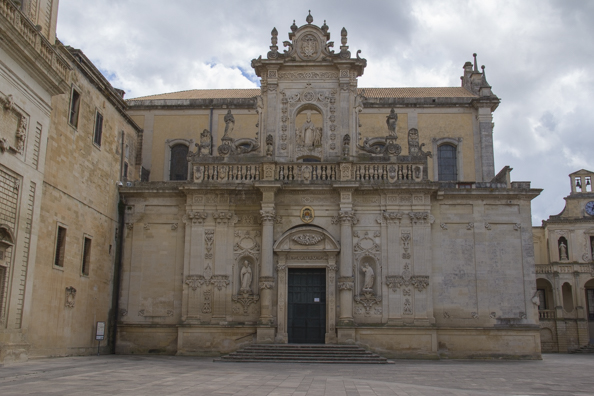 It was a wonderful surprise to emerge from the confines of the old town of Lecce, cross the road and enter the public gardens or Villa Comunale di Lecce and wander in the shade of the trees around the well-kept flower beds cooled by a refreshing mist wafting from a fountain on a gentle breeze. During my wanderings I came across a small ornamental temple and several busts of famous Italians, most of them by the sculptor Eugenio Maccagnani – a very enjoyable experience. 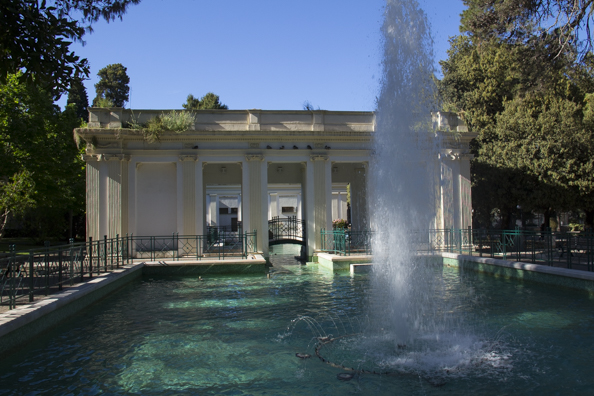 The finger lickin’ good fritto misto al mare or deep fried sea food that I ate in a small restaurant, Ristorante La Balcone , overlooking the sea and the old town of Polignano a Mare. My murmurs of content as I tucked into this simple but delicious meal and sipped my ice-cold local white wine attracted the attention of an Italian diner who raised his glass and wished me buon appetito. 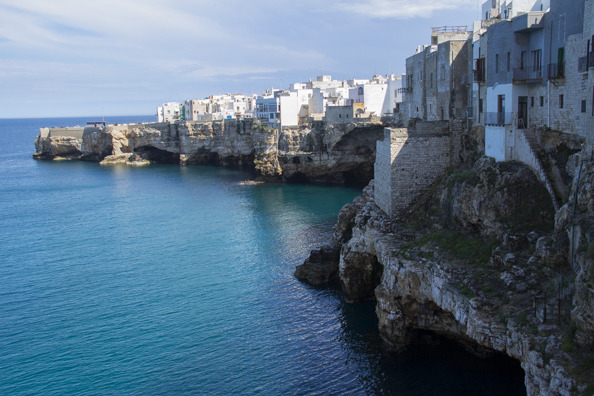 The white city of Ostuni certainly lived up to its reputation and I loved walking along the the Viale Oronzo Quaranta a wide promenade that circles the old town. But my favourite reminiscence is a meeting with a fellow traveller on a terrace above the town. We were both taking photos of the town and then he asked me to take a photo of him and when he offered to take a photo of me I accepted. As my pose proved preferable more photos were taken and then we talked about our travel experiences and the best places to visit before moving on. 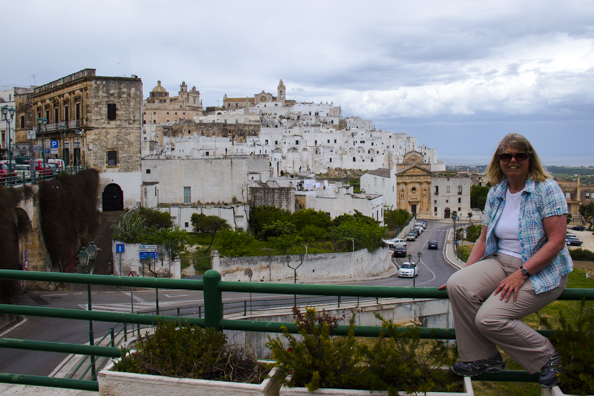 Monopoli drew me back time and again and I particularly enjoyed walked along its promenade or lungomare that threaded its way along the rugged coastline outside the town passing numerous pretty coves on its way. 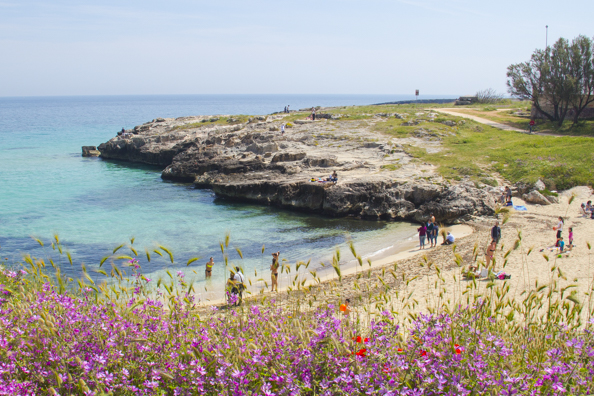 Perhaps the biggest surprise of all was stepping through the doorway of the rather austere cathedral, Basilica Cattedrale della Madonna della Madia, in Monopoli and gasping in wonder at its ornate marble interior – which just shows, you should never judge a book by its cover or a building by its exterior. 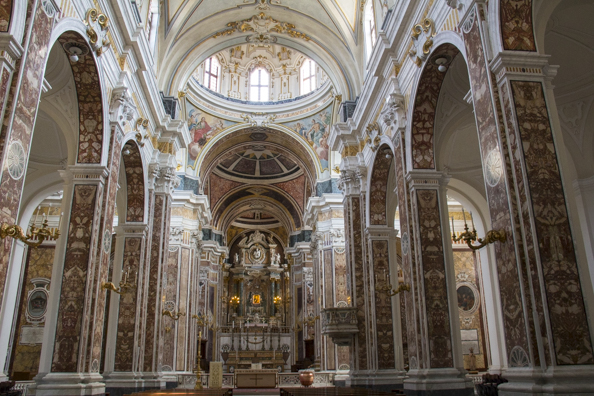