We all have dreams but not many of us see them come to fruition as spectacularly as Jack Pritchard did in 1934 in the form of the Lawn Road Flats, also known as the Isokon Building. Pritchard, a Modernist and an advocate of the use of plywood for furniture and interior design, had planned to build two private houses on the land he had purchased in Lawn Road but in collaboration with the avant-garde architect Wells Coates actually produced an experiment in communal living. It was the first time reinforced concrete had been used in domestic architecture in Britain and it was also the first example of deck-access apartments with floating balconies giving access to individual apartments. Reminiscent of an ocean liner cruising through tree-lined suburbia the illusion was continued with the plywood lined walls of the apartments. It was an experiment in modern urban living for professional men and women with few possessions. 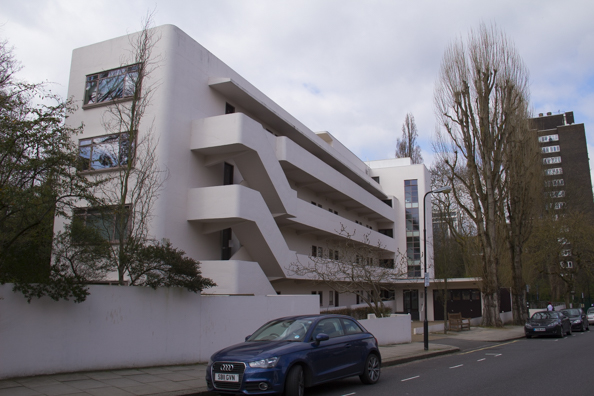 The building comprised thirty-two ‘minimal’ one bed-roomed flats that feature a combined living and bedroom plus a tiny kitchenette, a bathroom and a dressing room. All the flats are linked to exterior walkways – not a novel concept at the time but the manner of their conception was. A penthouse was built on the roof for the Pritchards with a separate unit for their children. All the flats were fitted with plywood furniture provided by the Pritchards’ newly established company called Isokon from which the building took its name. 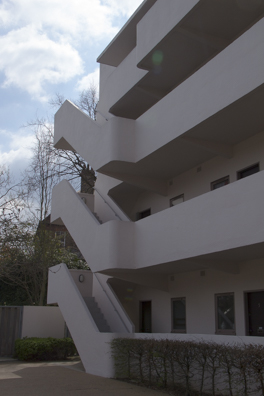 Servants’ quarters were also included in the block to provide services such as shoe cleaning and food was to be served from a kitchen on the ground floor as it was thought that the modern urban dweller would find this preferable to doing his own cooking. However this did not prove to be the case and the kitchen shut in 1936 but in its place the Isobar opened. This restaurant attracted the emigré and home grown intelligentsia and bohemia of the time. The flats were occupied by tenants like Arnold Deutsch, the NKVD (KGB) spy and recruiter of the Cambridge Five (a group which included Kim Philby) and between 1941 and 1947 the building was the home of Agatha Christie, so it seems fitting that she wrote her only spy novel, N or M, when she lived there. This helped the building to achieve a good part of its fame. Briefly, during the late 1930s it was the social and creative hub of north London, hosting a succession of famous writers, artists and architects – many were entertained by the Pritchards in their penthouse with its large, private terrace. 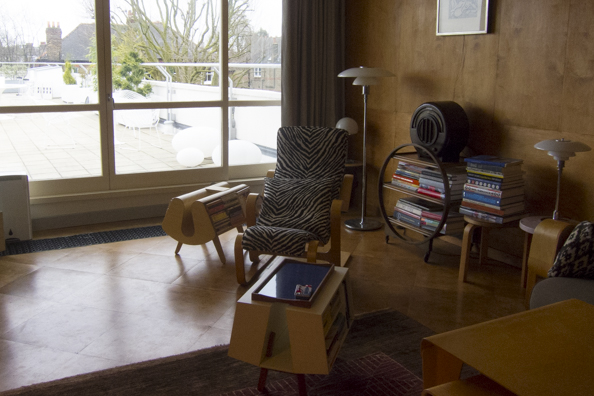 After the Second World War the fabric of the building began to deteriorate and the Pritchards were unable to carry out comprehensive maintenance works and finally, in 1969, they sold the property to the New Statesman. Three years later the London Borough of Camden took over ownership of the building but, despite its status as a Grade II listed building (awarded in 1974) the anticipated refurbishment did not take place. But they did convert the Isobar into a flat. Then, in 2000 the Borough announced a competition for the restoration of the building. This was won by a team comprising the Notting Hill Home Ownership (NHHO), Avanti Architects and the Isokon Trust, and the exterior of the building has been restored to its former glory. It has since been listed as Grade 1. 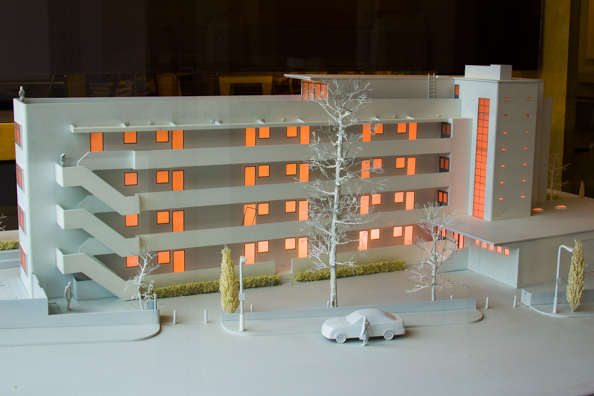 Most of the apartments have been made available to key workers in the area but some have been sold privately and the penthouse has become the home of another man living his dream, Magnus Englund, And now another occupant of the Isokon is living his dream. Magnus Englund, the managing director of the Skandium furniture, lighting and home accessories stores. The penthouse is the only flat that has been restored to it original state (by Englund himself) and features birch-veneer panelling on the walls, and honey-coloured timber floors in a chequerboard pattern. The timber was bought from Venesta, the Baltic plywood manufacturer that Jack Pritchard represented in Britain, while much of the furniture collected by Englund – including the armchairs and the table-like Penguin Donkey bookcases – is from Isokon, the plywood furniture company founded by Pritchard. Many Isokon pieces were designed by Marcel Breuer and Walter Gropius, both Bauhaus exiles from Nazi Germany who lived in the building before moving to America. 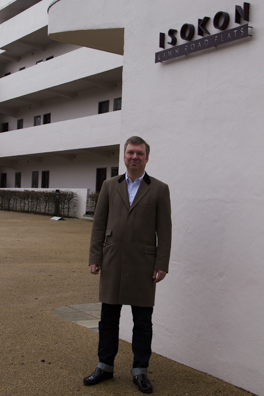 Englund, together with his wife Gjøril and the architect John Allan of Avanti, has established the Isokon Gallery which is housed in the former residents’ garage on the ground floor of the block. Supported by the National Trust the gallery is open to the public at weekends and is a fitting tribute to the history of this unique building. Exhibits include some of the original furniture from the flats such as. the ‘Penguin Donkey’ bookstand by resident Egon Riss and Breuer’s ‘Long Chair’ and reconstructions of a dressing room and a kitchen using the original fittings salvaged during the restoration. 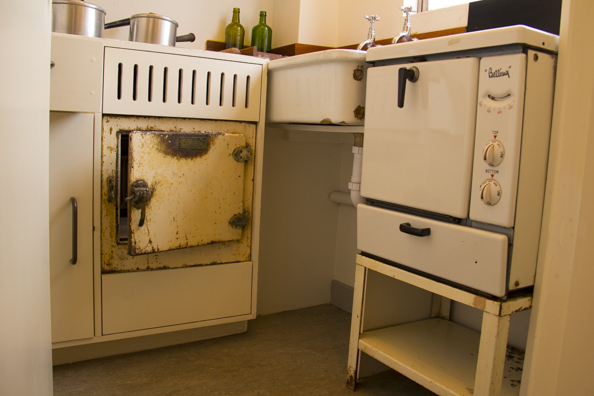 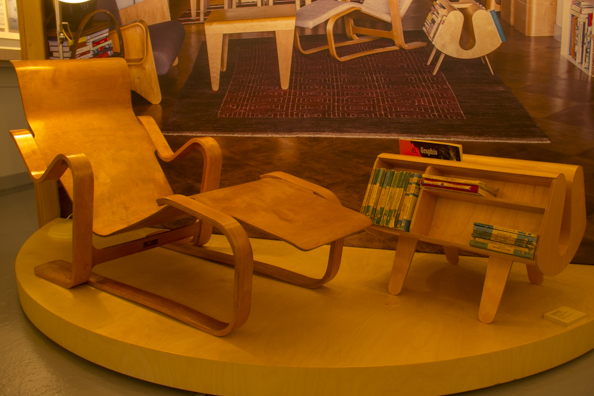