St Albans - history on my doorstep

My intention had been to pop into St Albans to do some shopping in the weekly market and started with the stalls at the far end of St Peters Street. The variety of stalls was amazing from home made bread to amusing signs. I ear marked a few things I thought I might go back to buy later. 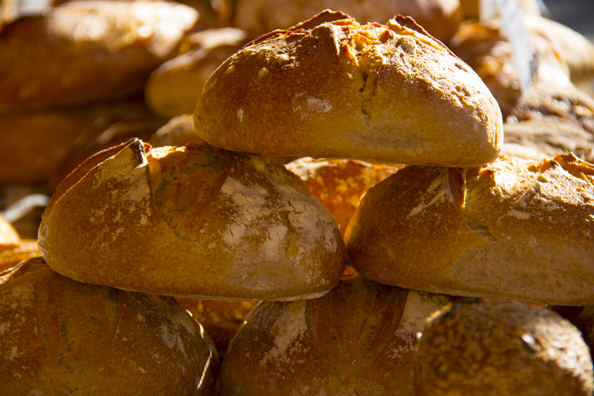 At the far end of the present day market I found the site of the original market place fronted by the old town hall. People were sitting outside the latter enjoying a coffee warmed by a winter sun. 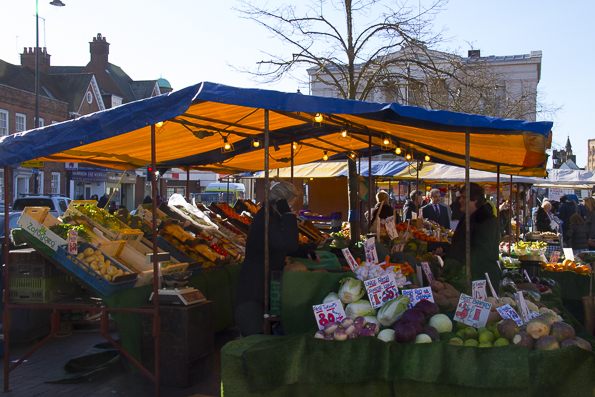 I was tempted to join them but I decided to walk through the Market Place first. At the end of this street I discovered the Clock Tower. This medieval bell tower, built between 1403 and 1412, is a rarity in England and contains two bells one of which was used to sound the curfew as well as pending disasters and local gatherings. 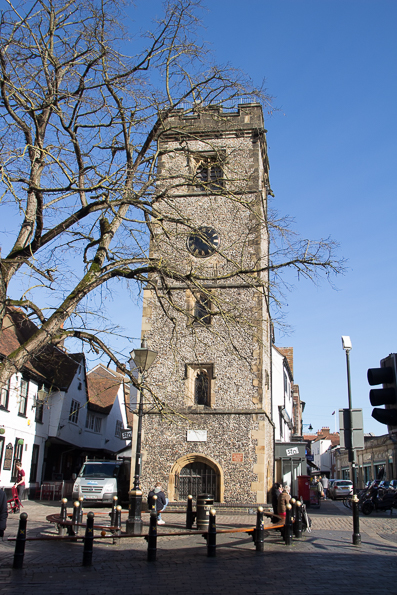 A signpost directing me to the cathedral put all thoughts of shopping out of my head and I set off in that direction. This took me along George Street where I found some fifteenth century buildings now being used as shops and restaurants. The town has a large number of eating places many housed in old inns – relics of the days when St Albans was the first coaching stop between London and the Midlands. 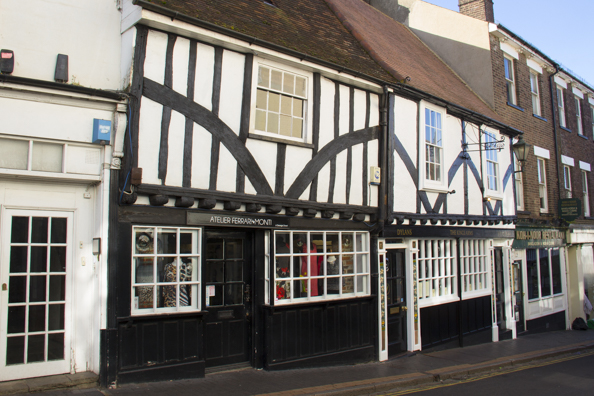 At the end of this street I entered the Romeland Gardens immediately behind the cathedral. It was a beautiful day and I was delighted to find patches of snowdrops amongst the shrubs, benches and tombstones that decorated this historic garden. The name Romeland was derived from the words Room land meaning open space. Throughout the Middle Ages Romeland was an open space outside the original Abbey Gate, the most important gate into the monastery. During medieval times it was an important open space in the town and was used for large gatherings but now part of it is used as the car park for St Albans School. The Abbey Gate was seriously damaged in a storm in 1362 when it was replaced by the present Great Gateway of the Monastery during the same decade. St Albans played a major part in the Peasant’s Revolt in 1381. Conflict had been growing with the Abbot over milling rights and the local people gathered at Romeland and besieged the Great Gateway of the Monastery before breaking into the gateway lodge that was at the time the Abbots prison. 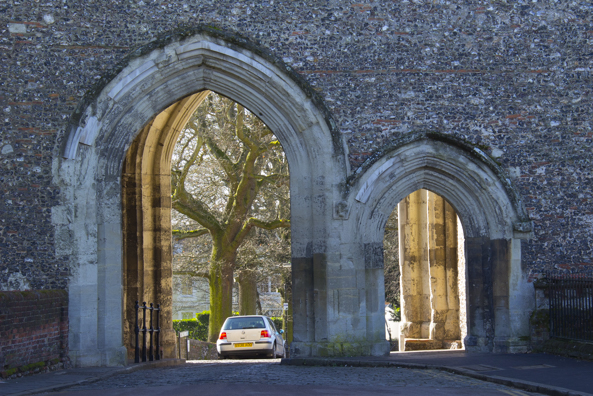 The conflict between the monastery and the town was not resolved until the dissolution of the monasteries in 1539. From 1553 until 1869 the gatehouse was the local prison and since 1871 it has been part of the St Albans School. Following the dissolution of the monastery its land was sold off and a number of Abbey buildings were demolished apart from the north churchyard of the Abbey and Abbey church which partially overlies the foundations of St Andrews Chapel that had served as the parish church throughout the Middle Ages. St Andrews was demolished soon after the dissolution and the town council bought the Abbey Church and made it the parish church of the town. During the reign of Queen Mary in 1555 a Protestant baker, George Tankerfield, was brought to Romeland and burnt at the stake as a warning to local Protestants. By the end of the eighteenth century Romeland was being used as a pound for stray animals that were rounded up and penned in there. In 1839 the central area of Romeland was sold to the church as a burial ground and was used as such until 1885 when it was closed. It became very overgrown. In 1871 St Albans school moved into the Abbey Gateway which for the previous 300 years had been used as a prison. The current school buildings were built from the 1880s onwards. In 1877 St Albans received a Royal Charter giving the town city status and the Abbey Church became a cathedral. 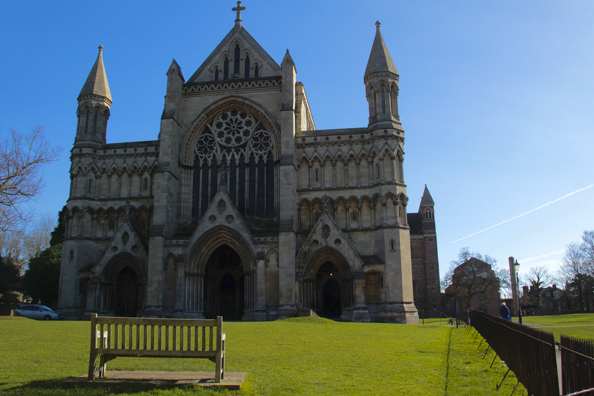 The cathedral building was restored by Lord Grimthorpe in the 1880s. A suggestion that Romeland should be turned into a garden was made in 1926 but nothing was done for a number of years. By the mid-twentieth century the graveyard was very untidy and overgrown. In 1952 the fifth Earl of Verulam, James Brabazon Grimston paid for it to be made into a garden in memory of his parents. The garden was designed by Peter Youngman a landscape architect from Chelsea. Many memorials were cleared away or re-arranged and stones from the lowered boundary walls were re-used for pathways and paving in the garden. A large boulder from a Yorkshire stream was placed on the burial site of George Tankerfield and inscribed with the words “vota vita mea”. This translates as “my life’s dedication” the motto of the Brabazon family. In the 1990s proposals were developed by the district council in consultation with the local community for a refurbishment scheme that also encompassed the North Churchyard of the Cathedral and the Vintry Gardens (the walled gardens next to the cathedral). The aim was to restore gardens as they were laid out in the 1950s and the project was completed in 2005. After walking round the garden I walked through the Great Gateway to the back of the Cathedral and went inside to have a look around. 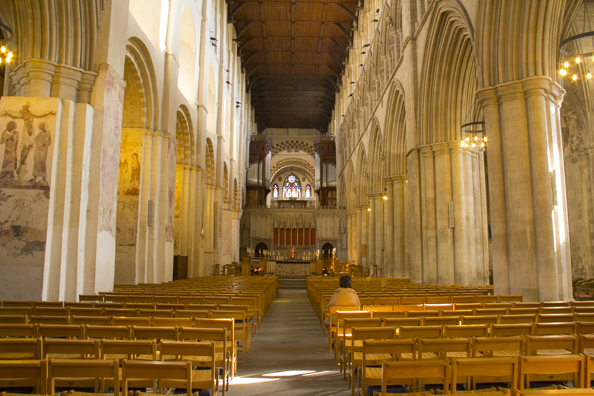 It was nice and light inside and the education centre included a replica of the Wallingford Clock, an astronomical clock named after is creator and also posters detailing the history of the cathedral and the town. I learnt that the town was named after Alban the first Christian Martyr in Britain. 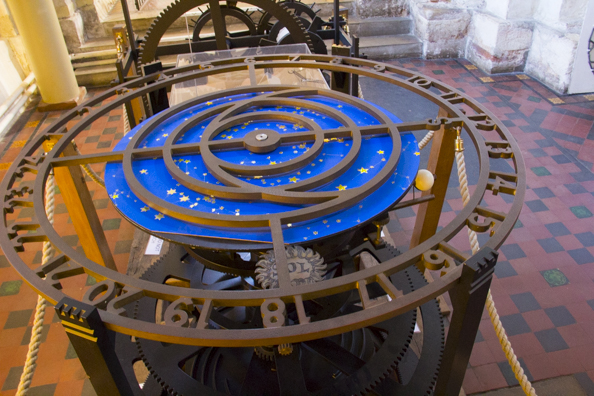 As I was walking away from the cathedral I passed a couple and they stopped to tell me that the herons were nesting by the lake and they gave me directions to get there. I followed the path across a large grassy area that included some makeshift football pitches where boys were playing organised football for half term. 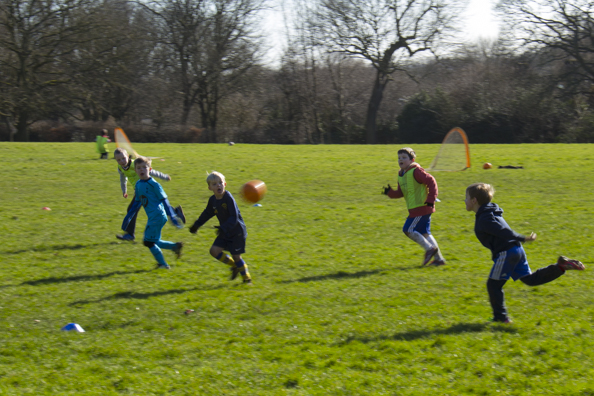 The path into the park took me past the Fighting Cocks public house, reputedly the oldest public house in England and a centre for cock fighting during the seventeenth and eighteenth centuries. I crossed the bridge over the River Ver and joined the path that circumvents the lake a feature of the Verulamium Park that covers part of the site of the original Roman city of Verulamium . 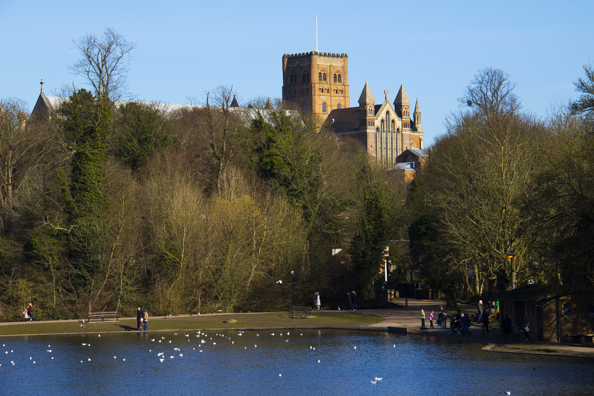 The lake was a hive of activity, apart from the herons who must have been on a lunch break but I could see the results of their labours high in the trees above me. As I strolled along I was entertained by moorhens diving for food, drakes preened on logs and swans either courting or fighting – it was difficult to tell which. I watched a coot building its nest under the close scrutiny of a gull that I suspected would rip it apart at the first opportunity but was currently being kept at bay by the coot’s mate. When a cormorant surfaced with a fish wriggling in its mouth a flurry of gulls circled around it trying to grab its catch. 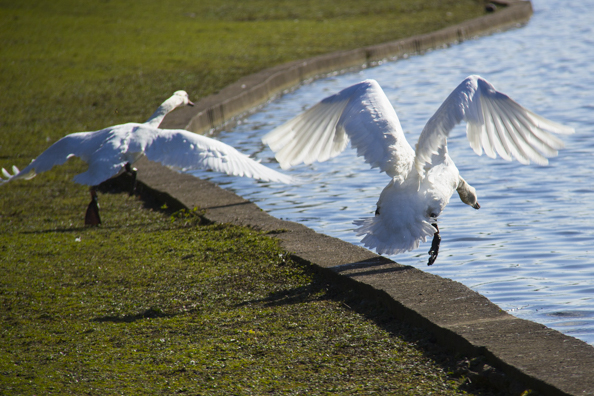 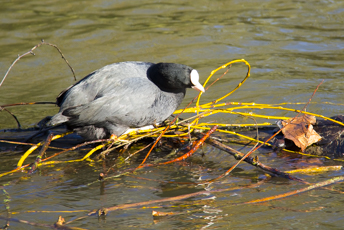 I spent a long time capturing images of these activities before setting off to explore the rest of the Verulamium Park. I followed the signs to the Roman mosaic – probably one of the most beautiful mosaics of that period I had seen and originally the floor of a Roman hypocaust. I did not have time to go inside the Verulamium Museum as I wanted to get to the Roman Theatre before dusk. These remains are in the grounds of the Gorhambury Estate http://www.english-heritage.org.uk/daysout/properties/old-gorhambury-house/ but the public are given restricted access to the estate not only to visit the theatre but also to walk up to the house. 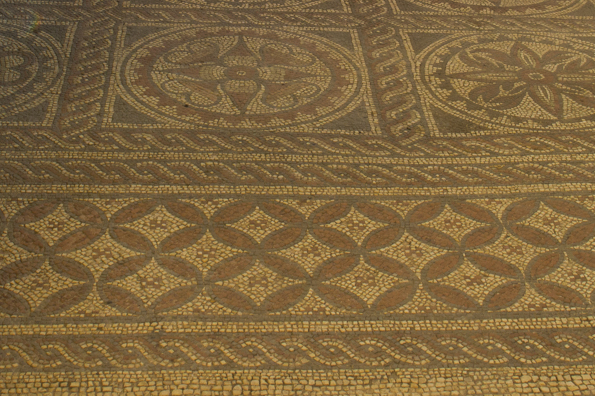 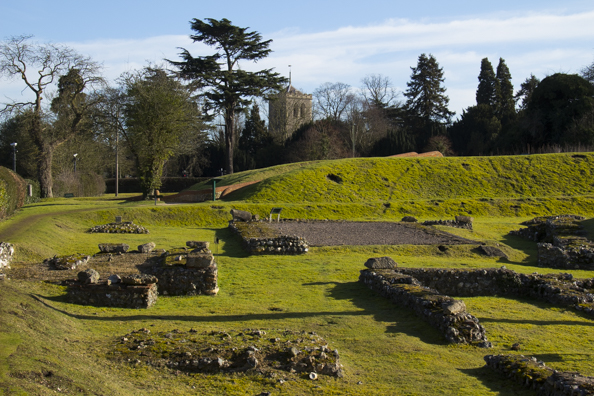 The market was packing up by the time I got back to the city centre so I never did do any shopping but I had had a wonderful day discovering a bounty of history on my own doorstep. I would be back, maybe on a day when there is an organised tour of the cathedral tower.
**************************************************************************
Getting there
St Albans is only 20 miles from London, and with great transport links, it’s easy to get there. St Albans railway station is just 20 minutes away from London’s St Pancras International Station on the Thameslink train line. This line connects St Albans to a variety of other London underground stations including West Hampstead (Jubilee Line), Kentish Town (northern line) and Farringdon (Metropolitan, Circle, Hammersmith and City lines). There are also frequent services throughout the day and night, between St Albans and Gatwick airport (1 hour 15 mins), Brighton (2 hours), Bedford and London Luton Airport. You can connect with London Overground North London Line at West Hampstead Thameslink station.
The Eurostar service runs from St Pancras International, connecting St Albans to over 100 destinations across France, Belgium and the Netherlands.
St Albans Abbey station links St Albans with Watford Junction via the Abbey Line for National Rail connections to London Euston, the West Midlands and the North via the West Coast mainline.
St Albans City Centre is well connected on the local bus network http://www.networkstalbans.co.uk/ with services from North London, Welwyn Garden City, Hatfield, Luton and Watford, as well as routes to the city’s suburbs and outlying shopping areas. National Express coaches provide services that link the neighbouring towns of Hatfield and Hemel Hempstead with Stansted, Heathrow, Luton, Gatwick, Oxford and Cambridge.
St Albans is easy to reach by car as it is close to the M1 (junction 6), A1(M) and M25 (junctions 21A and 22). The St Albans District Council website has information on all the car parks in St Albans, and in Harpenden. http://www.stalbans.gov.uk/transport-and-streets/parking/
For further information check this link