I knew Enigma was a book as I had an unread copy in my book case and also a film that I had not seen but that was all. was delighted when Solos Holidays asked me to take a group to Bletchley Park. This would be the best possible way to solve the mystery.
On arrival we were directed to the mansion where we gathered in the Morning Room (sometimes known as the small library) for coffee, biscuits and a brief introduction to the mansion at Bletchley Park. This room, which has lost most of its original features, is identified on an undated sketch plan as ‘Denniston’. It is believed it was used by Commander Denniston who was the head of wartime Bletchley Park until 1942. During World War II this is the room where intelligence was first shared with the Americans at the beginning of the Special Relationship. That is the only information about this room. 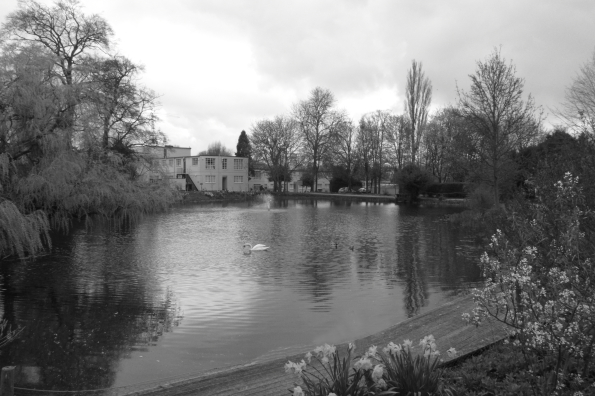 Historically Bletchley Park is unremarkable although it is a good example of the development of a small country estate in the eighteenth and nineteenth centuries. English Heritage archaeologists located the site of the Palladian mansion built there by the antiquarian Browne Willis in 1711 and their study of the present Victorian mansion has revealed that the majority of it was built by Samuel Lipscombe Seckham around 1880 and was later extended by the Jewish financier and MP Sir Herbert Samuel Leon. But it is famous as the place where the German Enigma code was deciphered during the Second World War but this story was not told until the 1970s as everyone who worked there was sworn to secrecy and information could not be disclosed until defined periods after the event.
Before the outbreak of the Second World War the estate was owned by Hubert Faulkner, a local builder and speculator. At that time Victorian and Edwardian architecture was considered out dated and it is thought he had stripped the mansion ready for its demolition prior to the re-development of the estate. His plans were foiled when Admiral Hugh Sinclair decided that Bletchley Park was an ideal base for GC&CS and elements of MI6 should war break out. Sinclair did not wait for government funds to be made available and purchased the estate with his own money. In August 1939 the code-breakers moved in for the duration of the war. 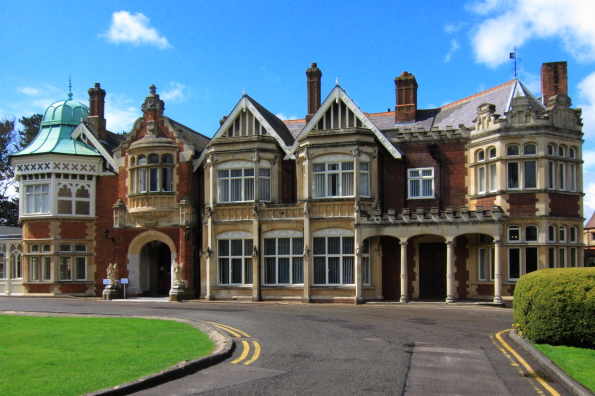 We had some free time before our guided tour so I made my way to the building that houses the Bombe re-building project that includes one of the bombes used during the Second World War. My timing was perfect as I arrived just as the machine was put in motion demonstrating how it deciphered messages using the German Enigma code. This code was actually originally deciphered the Polish Cipher Bureau in August 1939 and it was their information that assisted the development of the first bombe (a high speed key-finding aid) that was based at Bletchley Park and the brainchild of Alan Turing. It was soon replaced by improved versions, developed by Gordon Welchman, that were much quicker. On average more than 3,000 coded messages arrived at Bletchley Park from stations where ‘listeners’ wrote down the messages that were collected regularly and delivered there. These messages were distributed to the relevant Huts (temporary buildings) depending on the source – German army, air force, navy – for example a message from a U-boat went to Hut 8. Messages beginning with the same words, such as a weather report, gave clues (or CRIB) regarding the encoding of the message. Once the decoders had identified the CRIB letters these were tested on a bombe – large, noisy electro-mechanical machines that checked combinations of letters and stopped when it had succeeded in breaking the code. These messages were in German in blocks of five letters that then had to be decoded into English. Eight hour shifts worked round the clock as messages could arrive at any time. Everyone who worked at Bletchley Park was sworn to secrecy as were the locals who provided accommodation for them. Uniforms were not worn and the whole operation had an air of informality although the site was surrounded by a long chain-link fence topped with barbed wire as the government’s greatest fear was that a Nazi agent would infiltrate the centre. It was claimed that security was so great there that a a married couple never knew until the 1970’s that they were both code-breakers at Bletchley Park at the same time. 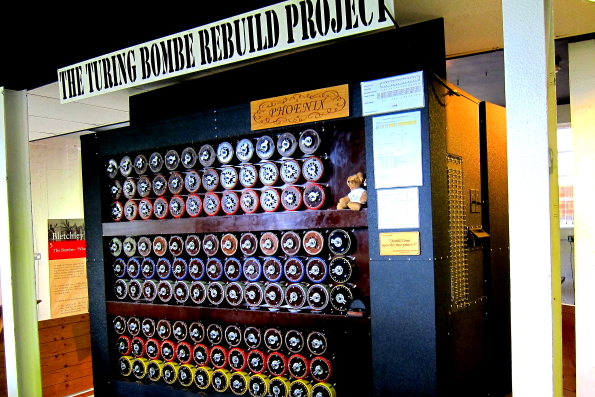 Our guided tour concentrated on the buildings around the mansion including the Huts that were constructed to house the decoders. We also walked through the stable yard stopping to admire the monument to the Polish code breakers and vehicles of the period housed in large sheds. Volunteers at Bletchley House take these tours and are guide was very informative and well informed. He refused my attempt to express our appreciation suggesting instead that we make a donation to the Bletchley Park Trust. When the war ended most of the equipment used at Bletchley Park and its blueprints were destroyed by order of Churchill and the participants remained silent and most of the buildings were empty. Once the work done here during the war was publicly revealed in the 1970s the Bletchley Park trust was founded to further the maintenance of the site as a museum devoted to the code breakers. The Trust is based in the Main Building which became a grade 2 listed building in 1990. 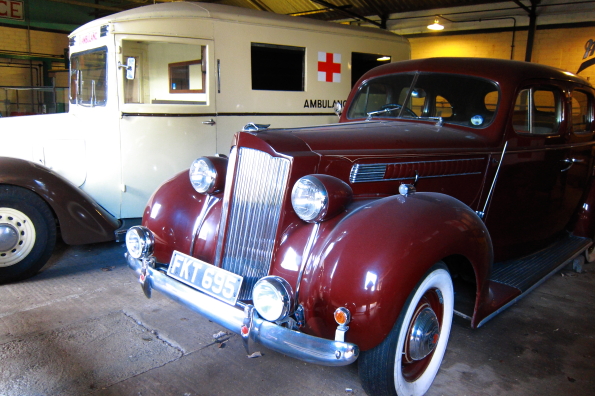 I spent the rest of our visit exploring the site. In one of the huts I was transfixed by a video about the use of homing pigeons to send messages during the war. I had no idea that they had played such an important role in the war and that some had even been awarded medals. I was enchanted by the tiny Post Office but resisted the invitation to purchase a first day cover. The toy museum, small rooms crammed with an amazing variety of childhood reminders was charming. 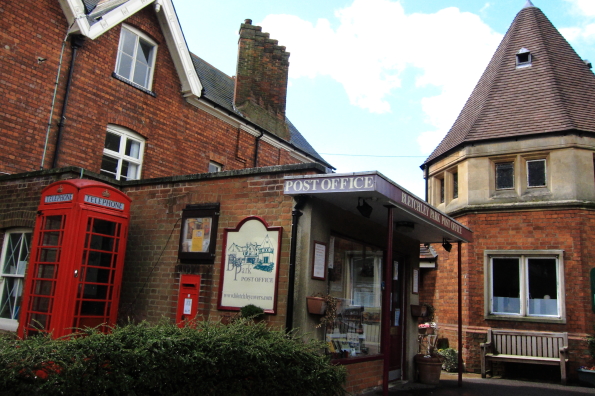 The National Museum of Computing is housed in Block H and includes Colossus the world’s first electronic computer. It seemed that the Germans were never aware that the Enigma code had been broken. Had they known they would have changed their codes the work of the code breakers would have been much more difficult. However, by 1943 they had the help of Colossus – the world’s first programmable electronic digital computer – built for the code-breakers at Bletchley Park by post office engineers in 1943. It fills a room and it is astonishing to think that this is the forerunner of the laptop that sits comfortably on my knees when I am working. Colossus worked by ‘reading’, through a photoelectric system, a teleprinter tape containing the letters of the coded message. It could read 5,000 letters a second checked all possible combinations using a self-generated cypher key. A teleprinter typed out the results of this search, revealing the settings which had been used by the Germans to send their messages. Ten Colossus Mark 2s were eventually built to crack the Enigma codes and, it was claimed, shorten the war. 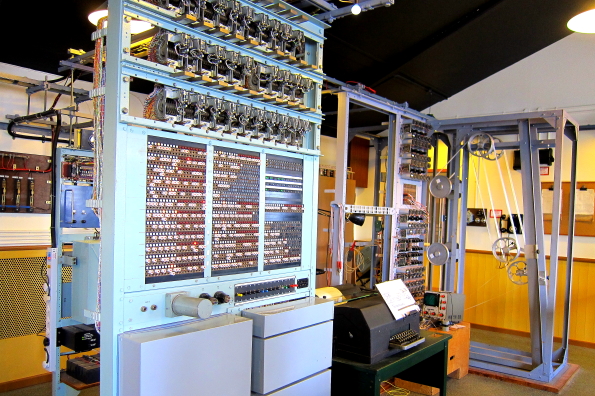 After such a full day it was good to get home. I settled down with a cup of tea and reached for my copy of Enigma.