Portrait of a Parade

Italian bus timetables are a masterpiece of confusion. Well, that was my excuse for ending up in Tione four hours before the next bus to Trento. My bus had been delayed due to road closures but the driver had assured me that the connecting bus would await our arrival. He did not understand the timetable either. As I came to terms with the idea of a long sojourn in a small town that was closed for Sunday I became aware of several private coaches arriving in the bus station. I was intrigued as I watched the occupants spill out and start unloading a variety of musical instruments from the boot. Then an army vehicle pulled in and what could only be members of an Alpine army wearing distinctive feather adorned hats lined up and then marched off down the road. Clearly something was about to happen which was why the main road was closed. Curious, I set off on foot down the empty main road.
As I walked along several people all sporting hats adorned with a single feather and carrying furled up flags rushed past me and then disappeared. I stopped at a bar where people were gathering outside and after ordering a cappuccino I asked if there was a sfilata (parade) that day and when it started and where it was going. I was rewarded by several enthusiastic replies. It started at 10:00 and would process along a street parallel to the main road before turning into the main road and finishing in the sports field beside the church which I had already spotted. A stage had been built there and chairs had been arranged in front of it.
A steady stream of people were now passing the bar so I gathered up all my belongings and followed them until I came to the assembly area and a poster advertising the event. It was the fifty first pellagrinaggio (annual memorial pilgrimage) of the Trento section of the Alpini (Alpine army). This elite mountain army was originally formed in 1872 and it is the oldest active mountain infantry in the world. Initially they were formed to protect their northern mountain borders but they also went on missions abroad for example, Africa where they have returned several times and are currently active in Afghanistan. They became famous during the First World War when they fought against the Austro-Hungarian and German armies in a campaign known as the War on Ice and Snow.
During this campaign the 26 peacetime Alpini battalions were increased by 62 battalions and saw heavy combat throughout the Alps. Some units were created to undertake special tasks for example defending a particular glacier, a summit or a ridge in this way the battalions were divided into 233 companies of 100 to 150 men. It was a hard war during which guns were dragged up mountains, roads, cable cars, mountain railroads and walkways were built up, through and along the steepest of cliffs. Some of these walkways and roads are still visible today, and many are maintained as Via Ferrata for climbing enthusiasts. The Trento division of the Alpini was formed in 1920 and the town is home to their headquarters and also a museum dedicated to them.
With the reorganization of the Italian Army in the 1990’s, many brigades were disbanded but many of the non-combatant sections are still active today organising local events / and preserving the mountain environment as well as being involved in civil protection . Every year the alpine hold national and regional pilgrimages when they gather in memory of the fallen during the world wars. The host towns organise all the hospitality and the event always ends with a parade followed by a celebration of mass and the performance of some of the famous Alpini songs that reflect upon the hardships of the “War in Snow and Ice”.
I felt privileged to be able to watch such an important event. What follows is a photographic portrait of this parade. 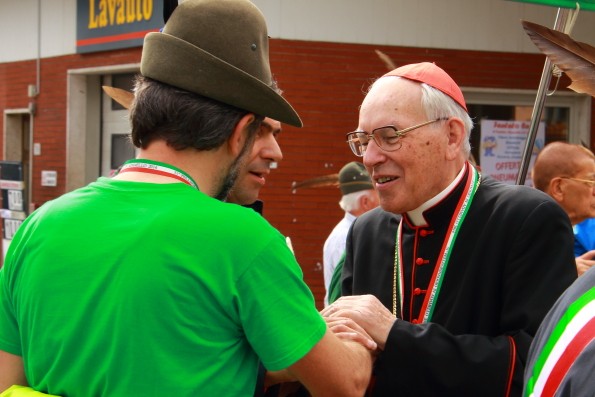 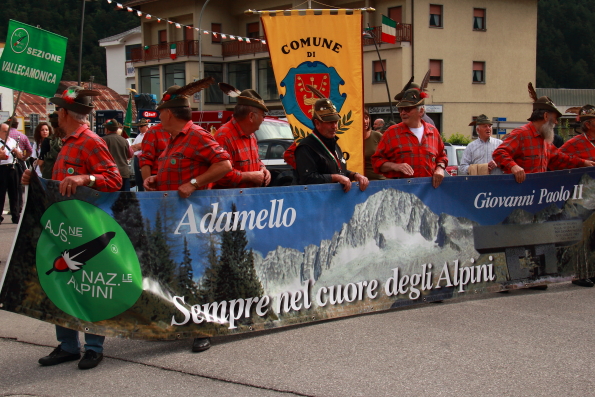 Lined up and ready to go – it looks as though the parade will start on time. 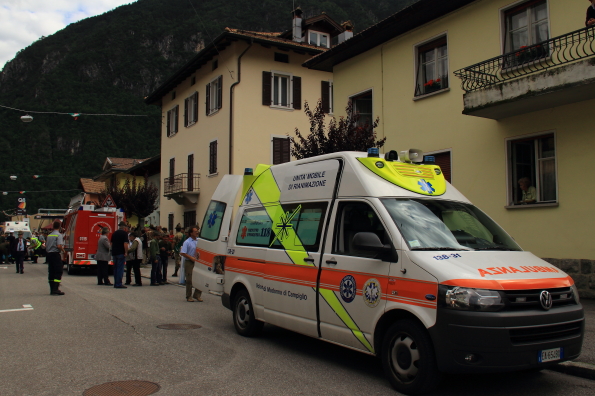 Emergency services to the rescue when two participants collapse while waiting to march. 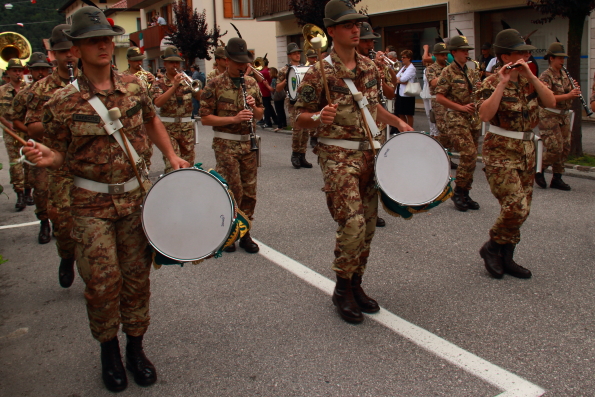 The Brass Band of the Brigade Taurinense leads the parade. 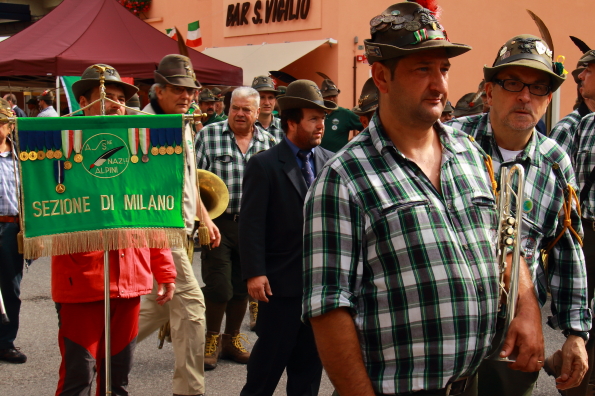 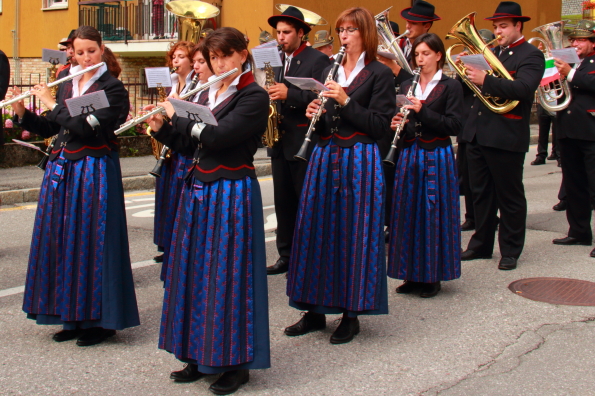 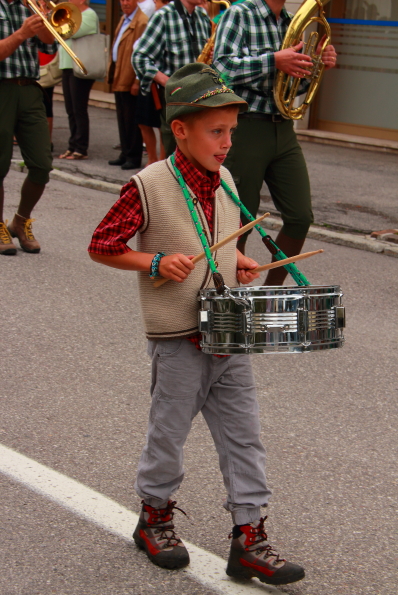 A picture of concentration 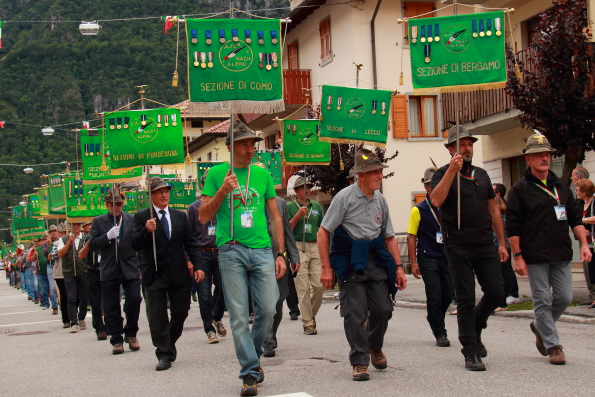 Flags of different sections of the Alpini 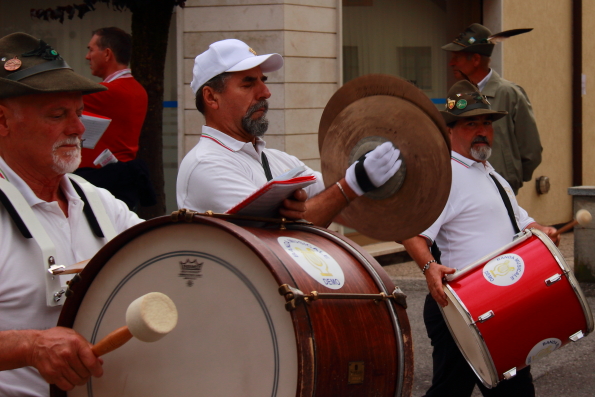 A clashing of cymbals 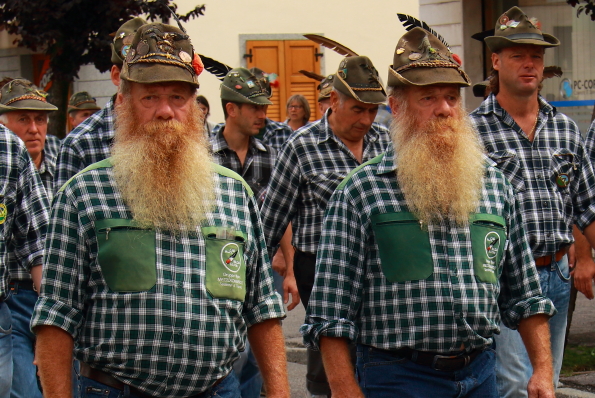 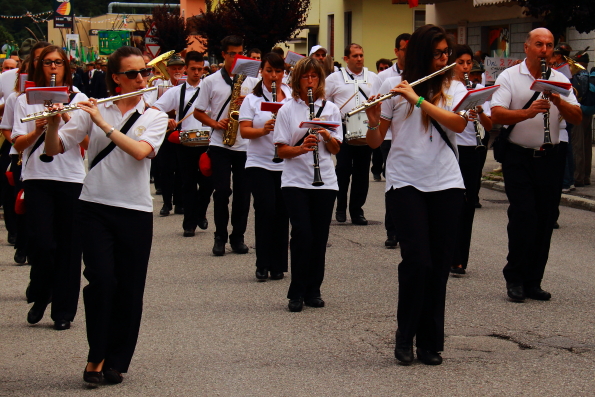 And another band plays on 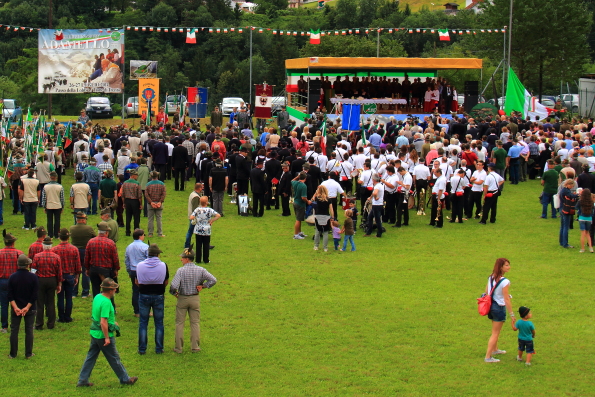 Gathering together to celebrate mass and sing songs of the Alpini 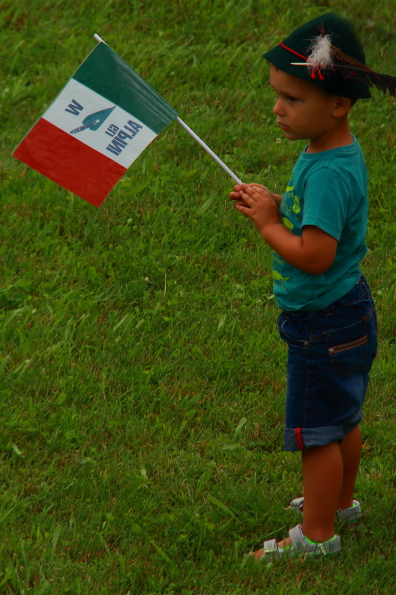