Some hotels just draw you in and pamper you. The Eastbury Hotel & Spa in Sherborne, Dorset, does just that.

When I arrived in Sherborne in Dorset I parked my car in the hotel car park and entered the Eastbury Hotel & Spa through a gate in the walled back garden I felt like Mary Lennox in the book The Secret Garden – what would I find behind the door? 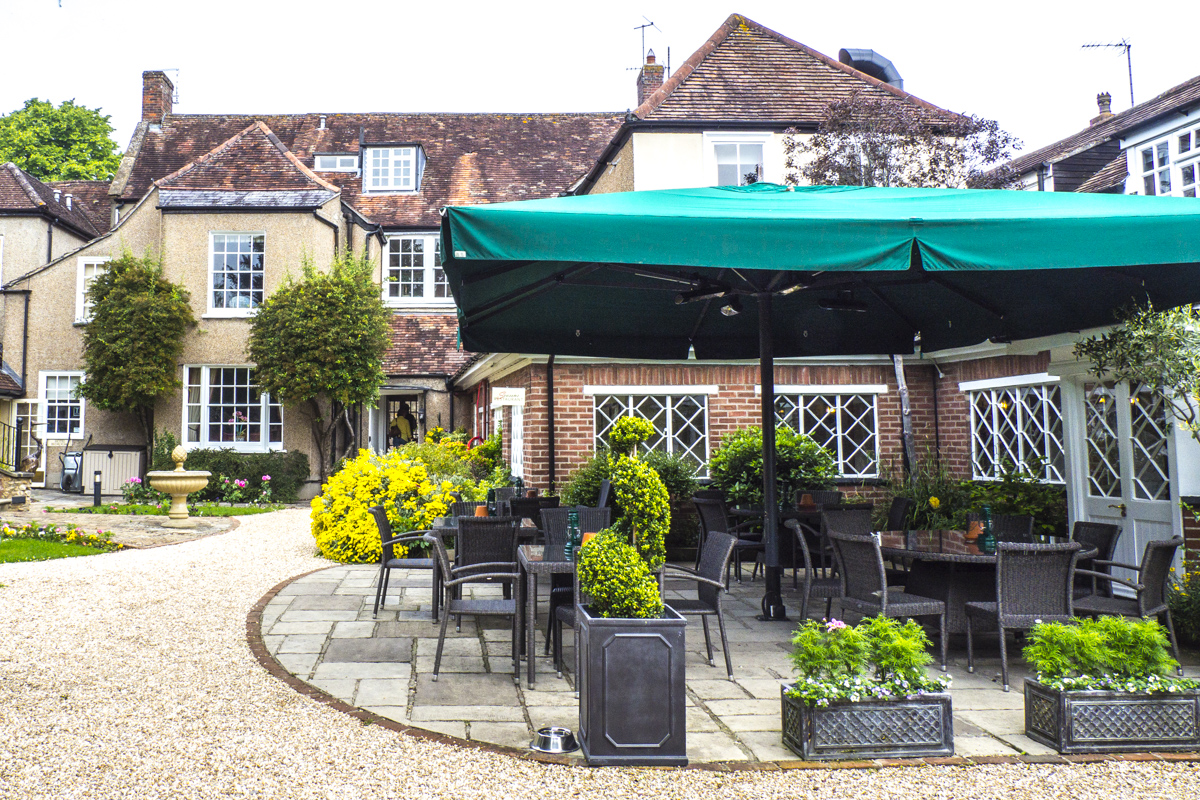 The Terrace behind the Eastbury Hotel in Sherborne, Dorset
A major refurbishment of the hotel has taken place and they are now offering themed multi-centre holidays embracing stays at their hotels in different locations. Their week-long South West Adventure visits Cheltenham, Sherborne and Babbacombe. So many people drive through Dorset on their way to Devon on Cornwall without taking time to appreciate the beautiful and fascinating county of Dorset. Sherborne in particular is steeped in history and littered with old, interesting buildings. In Sherborne there is a general resistance to national chains which is very refreshing. 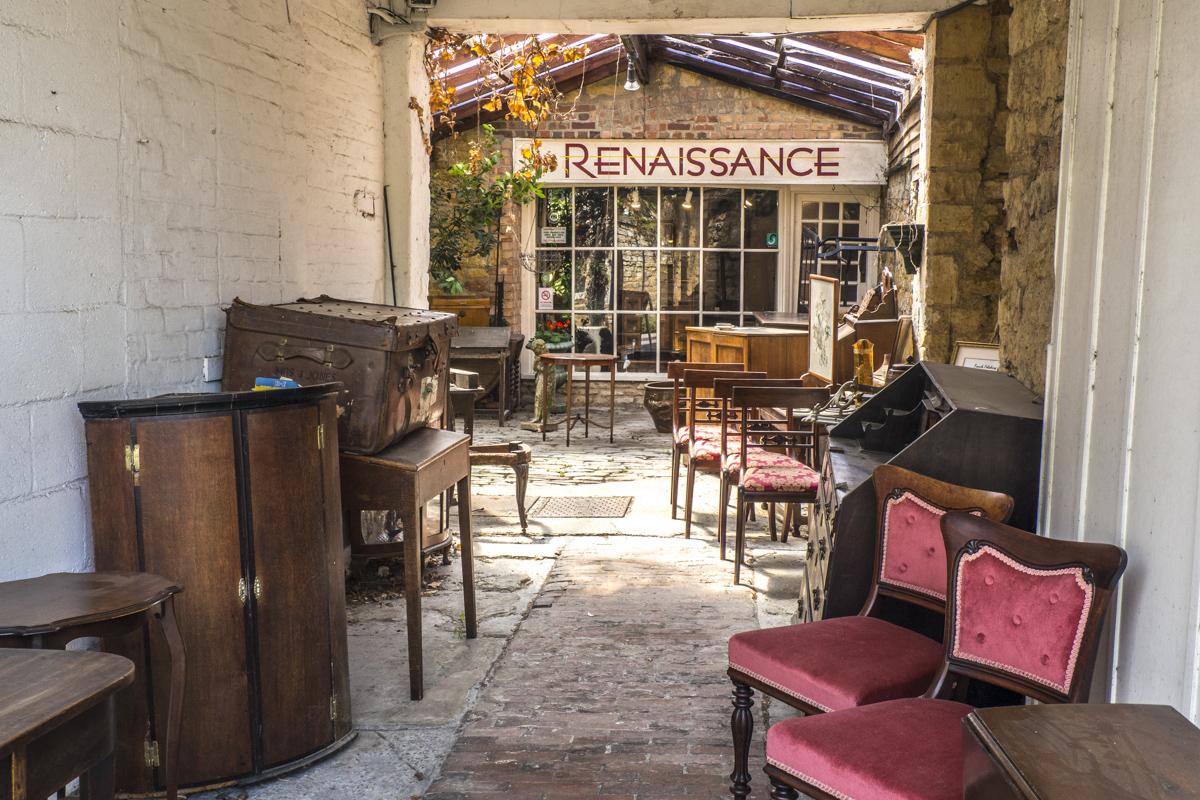 The History of the Eastbury Hotel & Spa

The building now occupied by the Eastbury Hotel was originally a private residence built in 1740. It was then known as the Homestead but the name was change to Eastbury in 1907. In those days it was surrounded by twenty-seven acres of land but most of it was sold off to maintain the house. It became a hotel in the 1930s and has been a hotel ever since then. 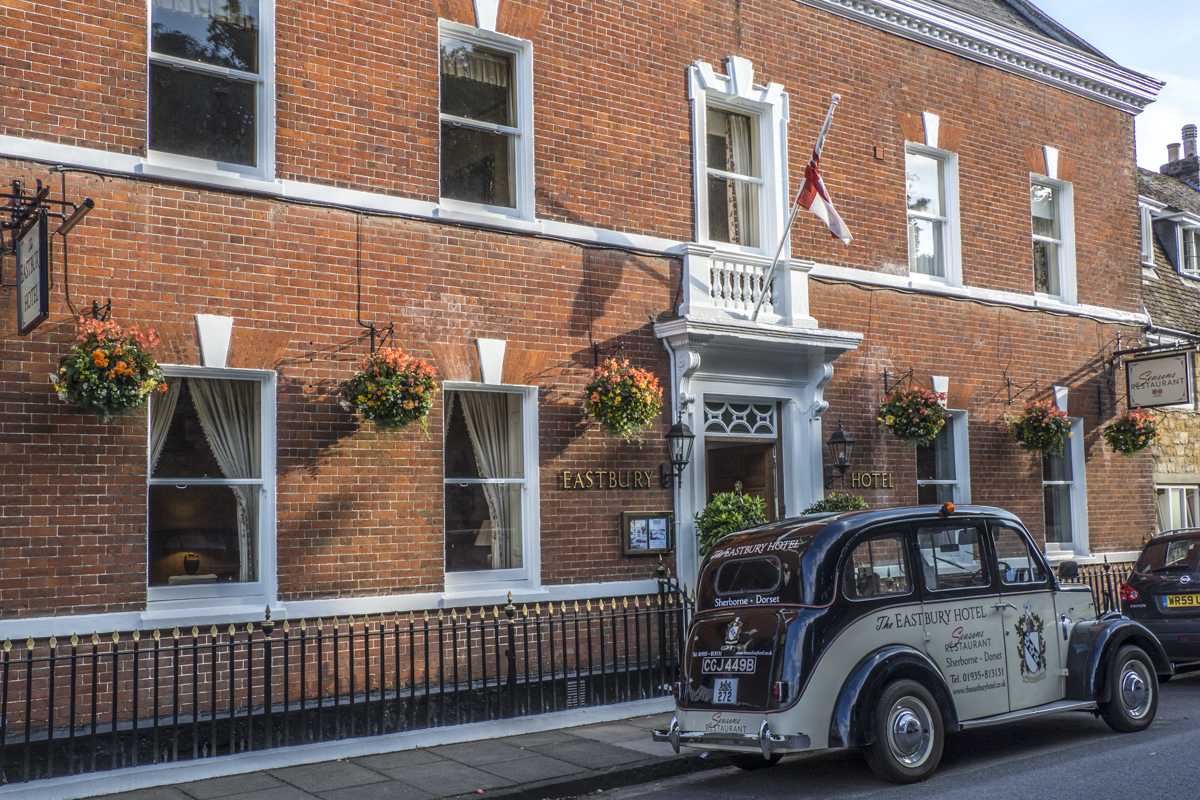 The Eastbury Hotel in Sherborne, Dorset

Rooms at the Eastbury Hotel & Spa

The hotel offers a variety of rooms including bedrooms in the main block and its extension and stand-alone suites in the garden. All the rooms are tastefully furnished and well-equipped. I stayed in Yew (all the rooms and suites have names) which has a lovely four-poster bed and a whirlpool bath. Pure luxury. The French windows opened out onto a secluded private patio. It was blissfully quiet and I had a very relaxing stay there.

Yew at the Eastbury Hotel in Sherborne in Dorset

Five new Victorian Potting Shed suites in the hotel garden were an exciting and unusual addition to the accommodation in 2019. These eco-friendly stand-alone suites also offer privacy and seclusion. 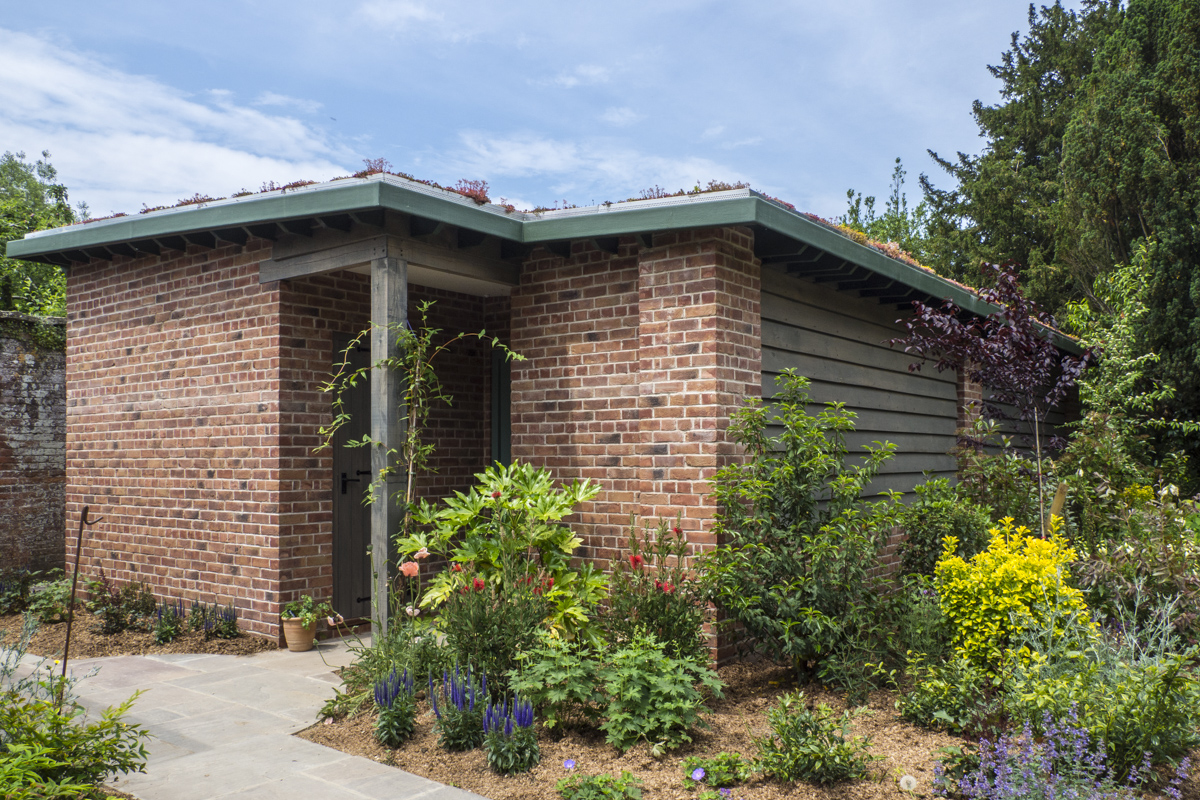 After a day out exploring guests can relax over a cocktail on the paved terrace in the garden. In winter and inclement weather there are two cosy lounges inside the hotel. There is also a large sphere in the garden,” the Pod offering shelter and the sense of being in the garden without being outside. It is a great extension to the restaurant offering secluded dining. 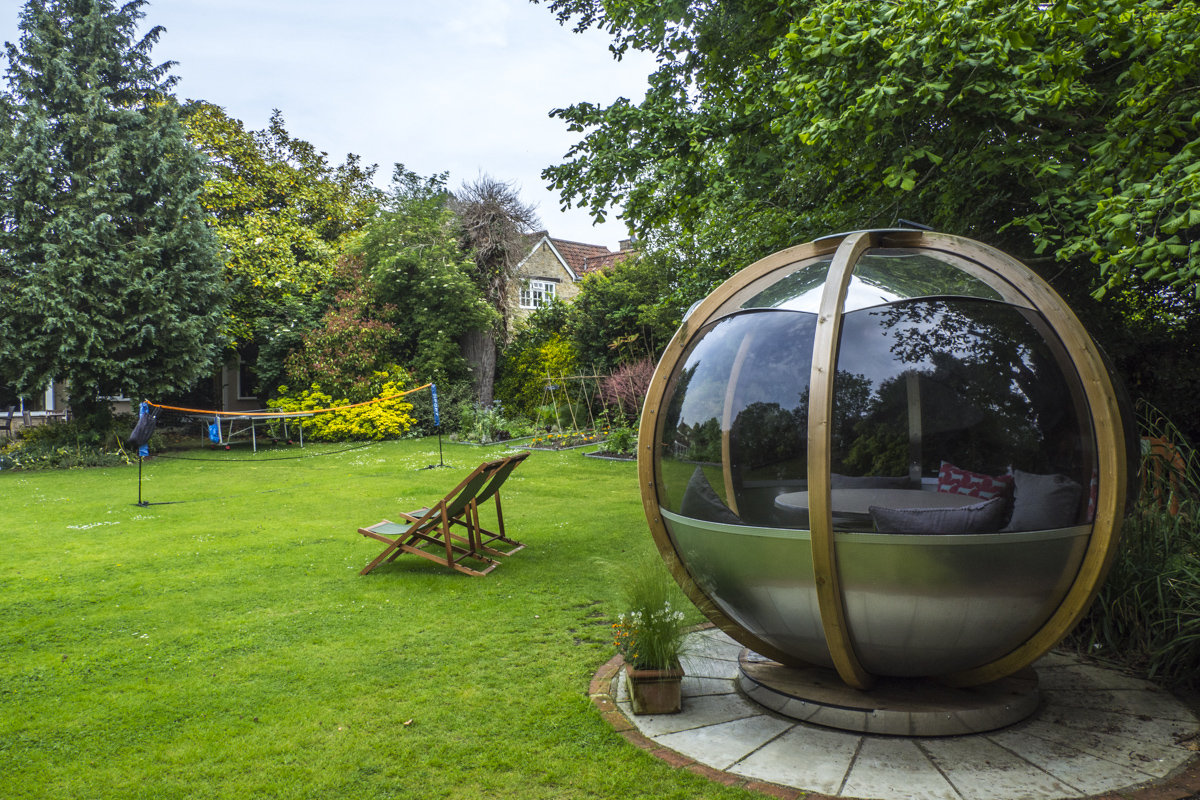 The Pod and the Garden of the Eastbury Hotel in Sherborne, Dorset

Also in the garden is the hotel’s two rosette Seasons restaurant. This conservatory style extension overlooks the lawns and colourful flower beds beyond it. “Matt Street”: https://theeastburyhotel.co.uk/dining/matt-street-executive-chef/ is the resident chef. He is passionate about Sherborne and local produce. He took time out to have a chat with me after I had dined in the restaurant. Not only was it a good opportunity to find out more about him it was also a chance to thank him for one of the best starters I ever have eaten. His cheese brûlée is exquisite – the creamy cheese base with the scorched crispy top and crunchy sides was nothing like I imagined it would be. 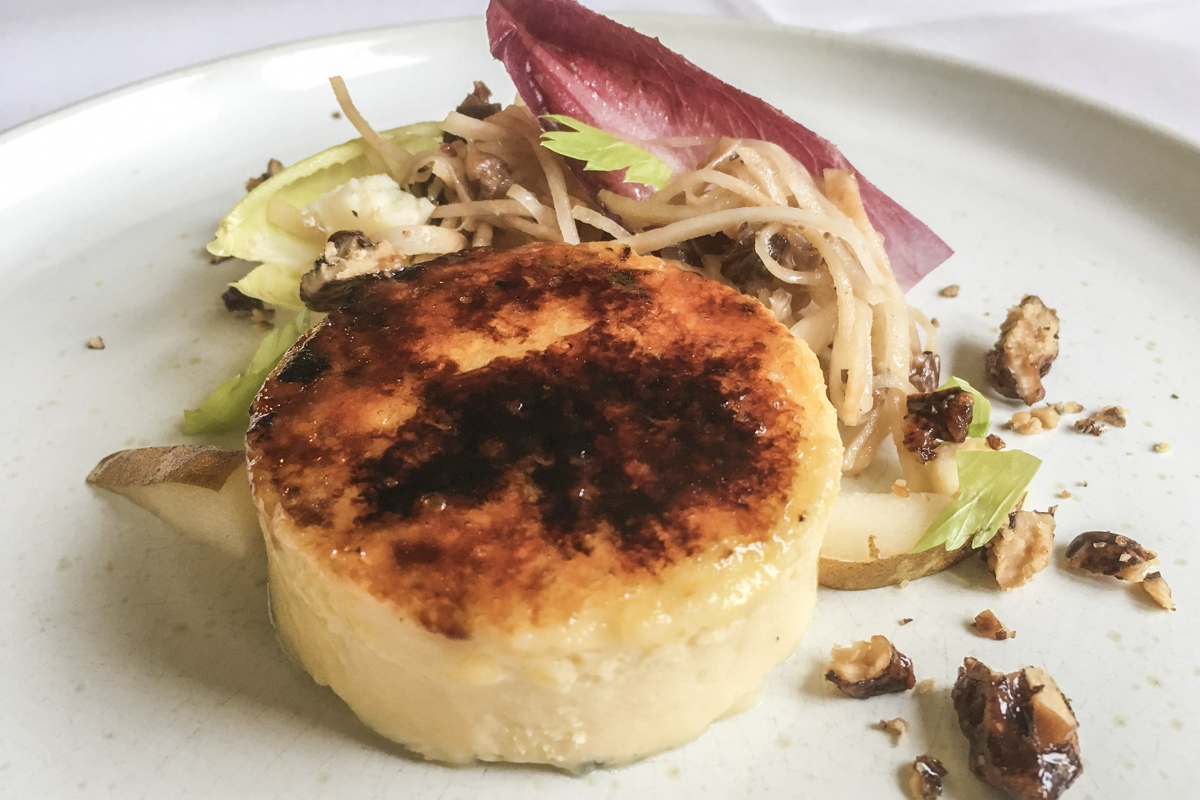 Cheese Brûlée Starter in the Seasons Restaurant at the Eastbury Hotel in Sherborne, Dorset

Matt has competed in Masterchef the Professionals reaching the finals and is particularly proud of his success in becoming a Roux Scholarship finalist. I really enjoyed Matt’s food – simple, tasty unusual combinations. It was a pleasure eating in Seasons and being served by the efficient, friendly staff. A nice touch – while mulling over my choice of dessert I the waitress picked up on my current addiction to salted caramel ice-cream and I was delighted to find it on my olive-oil cake dessert in place of the advertised flavour. 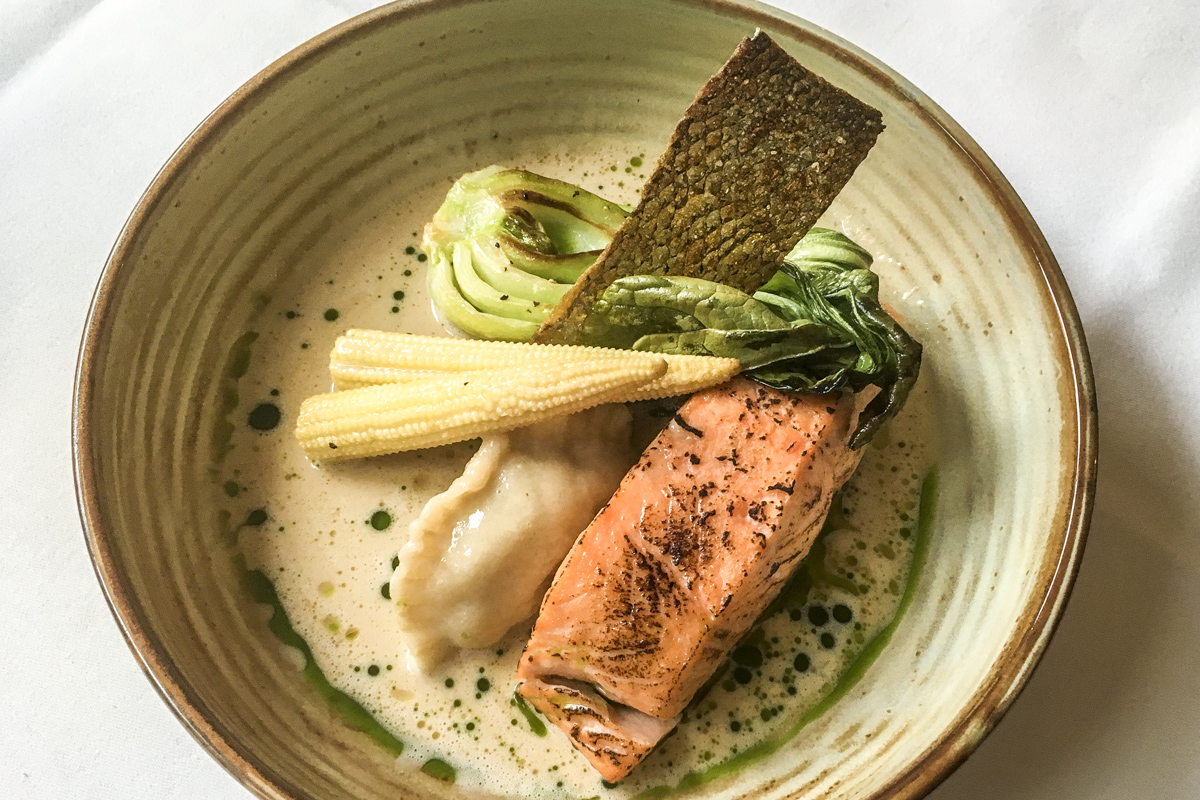 Salmon Main Course in Seasons Restaurant at the Eastbury Hotel in Sherborne, Dorset

As an after-dinner treat why not try the very special Selassie de Savary coffee served with Armagnac – a piece of coffee theatre at your table. This coffee was created by Peter de Savary using an exquisite blend of Ethiopian coffee. 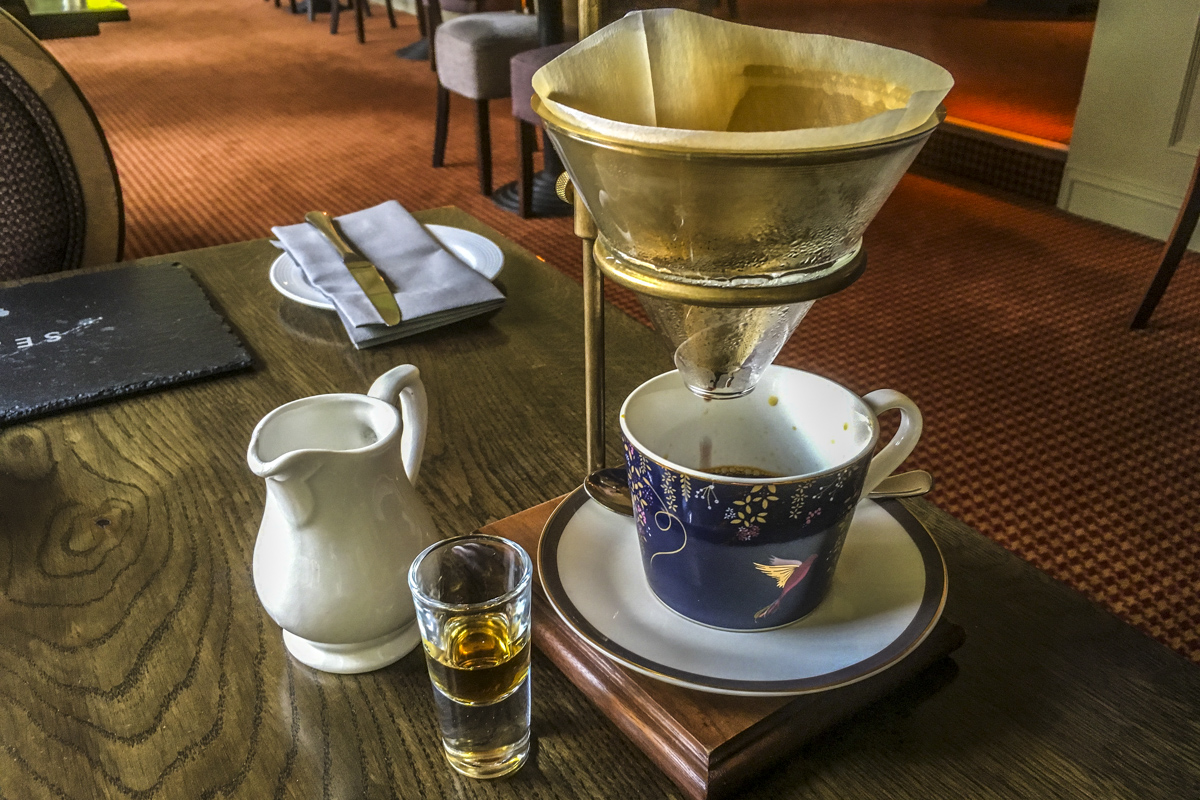 Facilities at The Eastbury Hotel & Spa

An exciting new development at the Eastbury Hotel is the luxury Woodland Spa which is due to open in the summer of 2019. Set in the wooded area of the walled garden this eco-friendly building, could be mistaken for a hobbit house. The new spa will include a hydrotherapy pool, sauna, steam room, mini gym and an outdoor hot tub. The garden itself is a very special facility. Guests can relax in a deckchair, inspect the kitchen garden or retreat to the ‘bubble’ at the end of the garden should the weather be inclement. For the more active croquet, badminton, table tennis and large chess are available on the lawns. 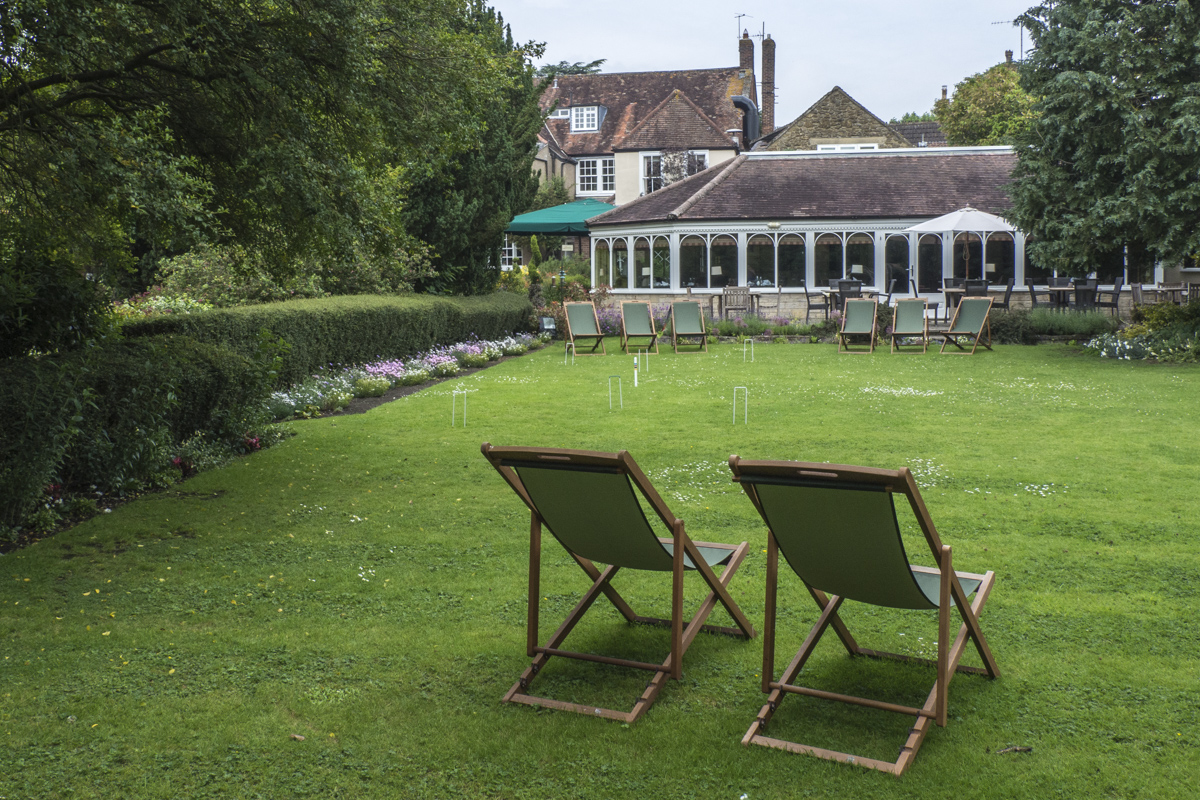 The Garden at the Eastbury Hotel in Sherborne, Dorset

Sherborne has plenty to offer its visitors including two castles, a magnificent abbey, a world famous public school and medieval almshouses. Cheap Street is lined with some wonderful old buildings many of which house independent shops. As I was told when I visited the Sherborne Museum – the history of Sherborne is on its streets. And a fascinating history it is too. 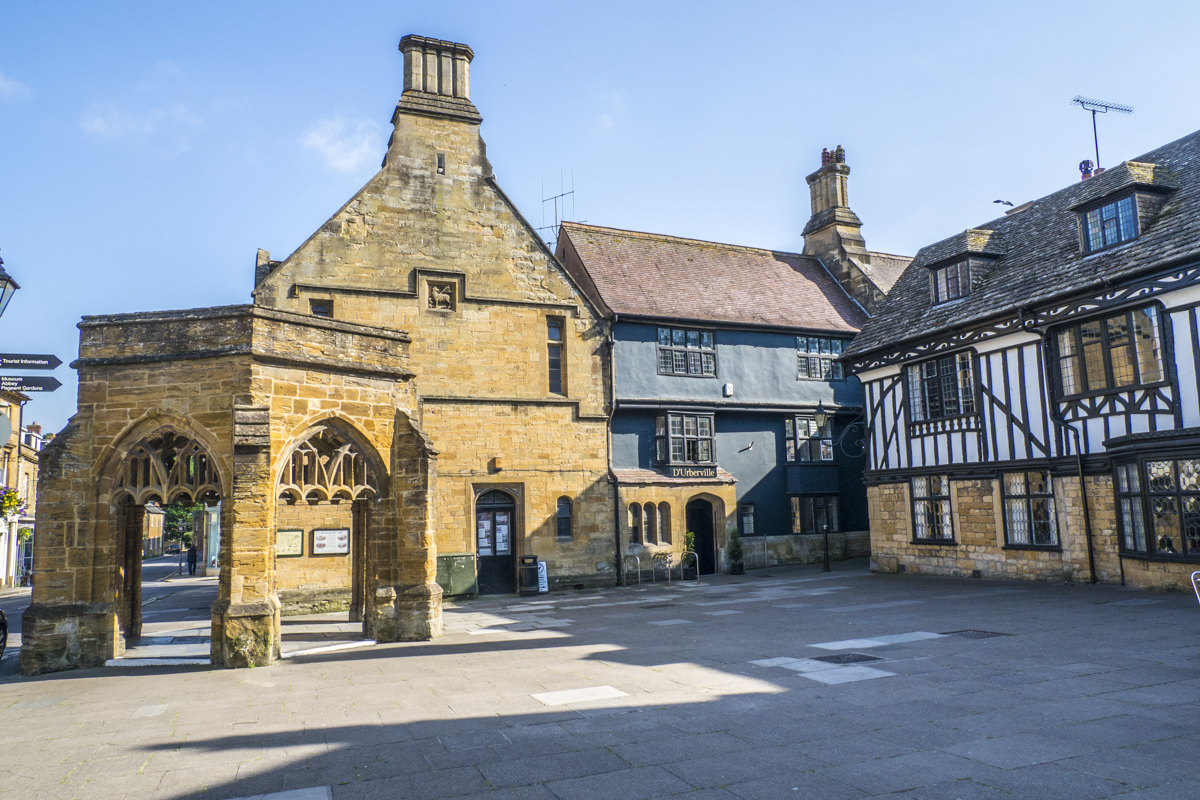 The Conduit in the Centre of Sherborne in Dorset

The Eastbury Hotel really does live up to aim of being a home from home. So much so that as I pushed open the front door on my return from a day out I was tempted to shout “Hello, I’m home”.

This article was based on the personal experience of Valery, an ExperiencedTraveller.
Valery Collins is the Experienced Traveller